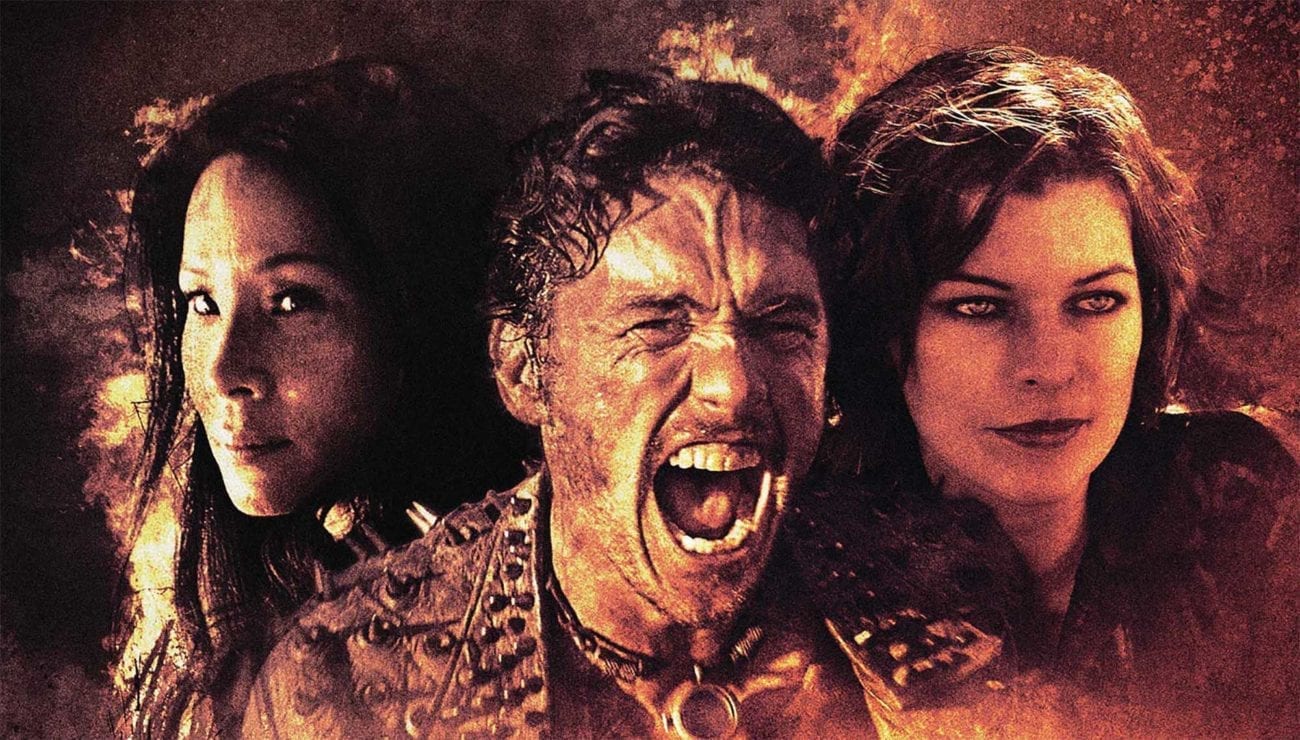 It’s been a heavy old week for Hollywood as the sexual harassment scandal has reared its ugly head yet again (a bit like Harvey Weinstein). Following a string of allegations made against the movie mogul, Weinstein announced he will surrender to authorities today in connection with a sexual assault case. Variety reported that the Manhattan District Attorney’s office is expected to charge Weinstein with at least one case and “would involve allegations that he forced Lucia Evans to perform oral sex during an audition in 2004.”

From one landmark moment in the #MeToo movement to another, Morgan Freeman has also been hit with a fresh batch of sexual misconduct claims from eight separate women, who said he either harassed them or made inappropriate remarks. According to the BBC, one production assistant accused the Se7en actor of harassing her for months during the filming of Going in Style. “She said the 80-year-old touched her repeatedly, tried to lift her skirt, and asked if she was wearing underwear.” Freeman has since issued an apology for making the accusers feel uneasy with a statement that reads, “Anyone who knows me or has worked with me knows I am not someone who would intentionally offend or knowingly make anyone feel uneasy.”

Elsewhere, the kids’ film Show Dogs has confirmed it is to undergo edits following a backlash from audiences that said it promoted an inappropriate and harmful message about sexual abuse. Advocacy group The National Center on Sexual Exploitation aimed and shot at the movie with allegations there were scenes that normalized “unwanted genital touching to its child audience.” As such, the scenes are getting the snip (sorry) and the updated Show Dogs will be available for viewing nationwide starting this weekend. Problem solved.

It’s hard to put a positive light on the events that have unfolded over the past week – are you still struggling to make sense of it all? If so, pause for a moment, take in a deep breath, and look ahead to better times – FD’s picks of the best films to catch this weekend. Travel across a dystopian wasteland in Future World; join a radical feminist liberation army group with The Misandrists; and discover the life behind the writer who gave us Frankenstein with Mary Shelley.

Director and star James Franco (The Disaster Artist) does his best Mad Max reenactment with this sci-fi flick set in a post-apocalyptic future. In a world where water and gasoline supplies have dried up and humans have gone haywire, a prince from the oasis (one of the last known safe havens) ventures out into the desert to find medicine for the queen (Lucy Liu). On route he gets mixed up with a warlord (Franco) and his robot Ash (Suki Waterhouse), leading to an action-packed journey through the dystopian wastelands.

From one of the boldest filmmakers of our time who gets those taboos in his hand and smashes them to tiny little pieces comes Bruce LaBruce’s The Misandrists, centering on a radical feminist liberation army group and an injured male leftist who is being secretly hidden in the basement of their remote stronghold. The movie features a great transgender plotline that tackles the ideas of what happens when feminists don’t believe transgender females are “real” women. Speaking on the upcoming film, LaBruce told Film Daily, “the movie is politically sympathetic, you might say, to the essentialist ideals of Big Mother, but it also appreciates women-only communities that accept transgender people as women.” Stars Susanne Sachße (The Raspberry Reich), Viva Ruiz (Adam & Steve), Kembra Pfahler (War Is Menstrual Envy), and Caprice Crawford (Fatal Rescue).

It’s alive! You know what we’re talking about – the famed writer Mary Shelley will always be remembered as the writer who gave the world Frankenstein. However, her life story is fantastical and fascinating in its own right, something director Haifaa Al-Mansour (Wadjda) aims to shed light on with his new film Mary Shelley. From her teen years raised by a renowned philosopher to her bohemian love affair with the dashing poet Percy Shelley, her life is filled with both passion and tragedy that transform Mary and fuel the writing of her gothic masterwork. Stars Elle Fanning (The Neon Demon), Ben Hardy (Only the Brave), Maisie Williams (Game of Thrones), Douglas Booth (The Limehouse Golem), and Tom Sturridge (Far from the Madding Crowd).

Yes, Emily Ratajkowski (We Are Your Friends) is in it no doubt with another aggressively dull performance, but that’s not to say In Darkness is a write off. Anthony Byrne’s psychological thriller sees Natalie Dormer (Picnic at Hanging Rock) playing a blind musician who hears a murder committed in the apartment upstairs, sending her down a dark path into London’s gritty criminal underworld. As she gets entangled in this violent and murky world, it would appear she’s floundering – that is, until it becomes evident she’s got plans of her own.

Based on a true story and set during the summer of 1993, this delicately crafted feature debut from director Carla Simón is a biographical memoir about an orphaned girl sent to live with her uncle’s family in the Barcelonian countryside, where she struggles to come to terms with her new life. With a child’s eyes, Summer 1993 relates the efforts of a six-year-old trying to cope with grief, but it is with maturity, empathy, and heartfelt emotion that it conveys the uncertain reality that follows. Before the summer is over, she has to cope with her emotions and her parents have to learn to love her as their own daughter. Stars Laia Artigas, Paula Robles, Bruna Cusí (Uncertain Glory), David Verdaguer (Anchor and Hope), and Fermí Reixach (The Cold Light of Day).

The Gospel According to André (Magnolia Pictures)

Everybody, strike a pose! It’s time to delve into the life and career of André Leon Talley – former Vogue magazine editor-at-large and one of the fashion industry’s and New York culture’s most influential icons. With a start in the industry as iconic as his career, Leon’s path began at Andy Warhol’s Factory in the 70s before joining the ranks of the New York fashion editorial world. Talley made strides for diversity in the industry by pushing to include African-American models and designers in such major publications as Women’s Wear Daily, W, and Vogue magazine. Today, his judgment is revered by top designers, stylists, and celebrity clientele. Featuring fashion luminaries such as Anna Wintour, Marc Jacobs, Tom Ford, Valentino, and Manolo Blahnik, The Gospel According to André chronicles his life with archival footage that summons multiple eras of stylish and outlandish clothing. A definite must-watch for any fashionista out there – stay chic! 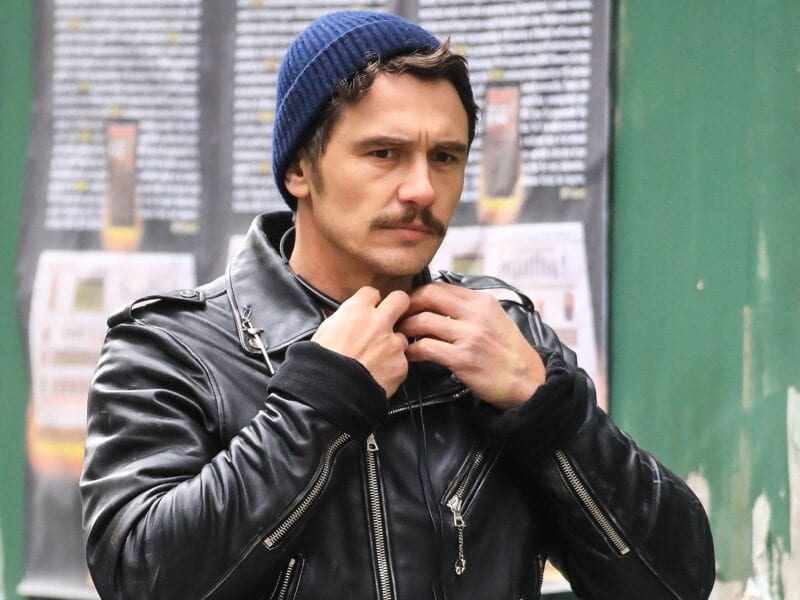 Will James Franco apologize for the accusations made by his young students?