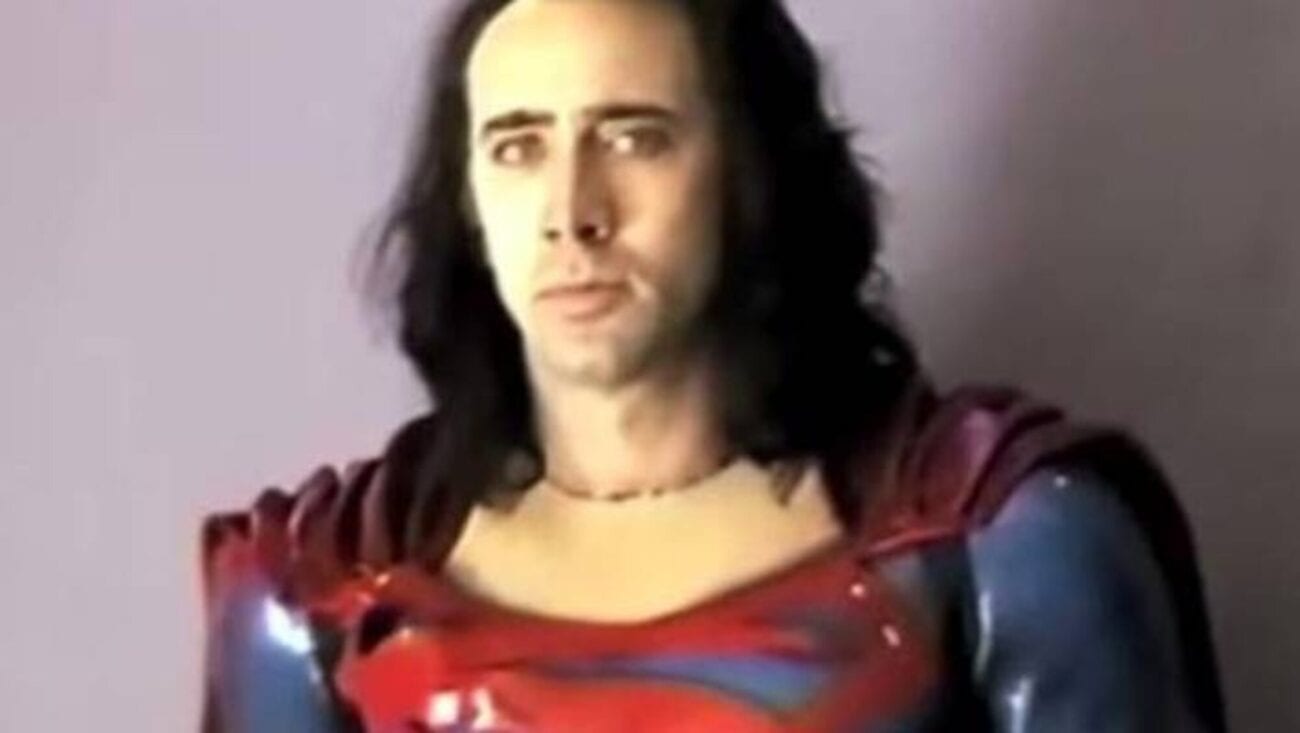 In a parallel universe, Nicolas Cage was Superman. Cage was slated to star as the Man of Steel in the flick Superman Lives, and unlike many other films trapped in development hell, this superhero picture looked like it was going places – it even started costuming! After this Superman production was nixed, images of Nicolas Cage dressed in full attire leaked online, and the results were mixed.

The film would have dipped into The Death of Superman lore (eventually seen on the big screen thanks to Zack Snyder’s Batman vs Superman), and it would take viewers on a critical ride through the DC timeline. Here, Brainiac teams up with Lex Luthor to block out the sun and release Doomsday on Metropolis. As the name suggests, Superman dies, is resurrected, and triumphs, saving humanity in the process.

Alas, the Con Air and Face/Off star, never soared on the big screen in blue tights and a matching cape & underwear getup. Let’s suit up and see why this apparent cheese-fest was never meant to be – and if there are any other Hollywood gems that should have happened but didn’t. 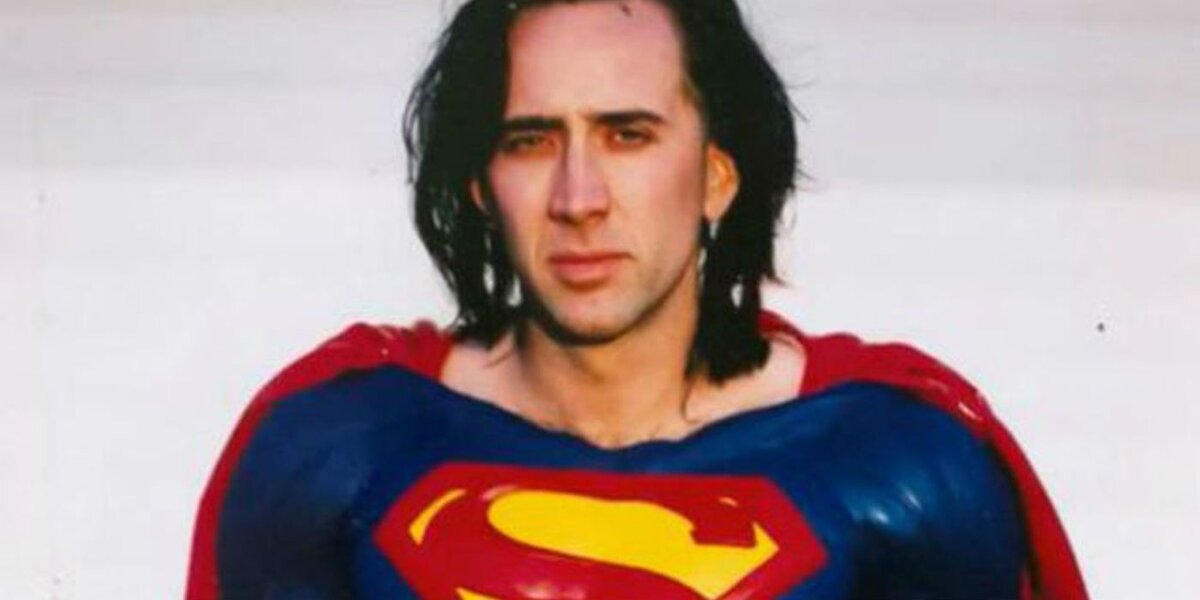 Several screenplays were developed for Nicolas Cage to play Superman, but two were notably written by famed comic-book lover Kevin Smith (Clerks, Mallrats, Dogma, episodes of DC’s The Flash). Long after Smith completed the drafts though, another pop culture figure landed on the Nicolas-Cage-as-Superman scene. And this one had experience.

Tim Burton, director of Michael Keaton’s Batman and Batman Returns, was slated to return to direct, tying Nicolas Cage’s Superman Lives with his previous gothic iterations of DC superheroes. As an homage to Burton’s previous work, Jack Nicholson was named as Smith’s dream casting for the role of Lex Luthor, and Michael Keaton was also confirmed to appear – but ‘not exactly’ as Batman. 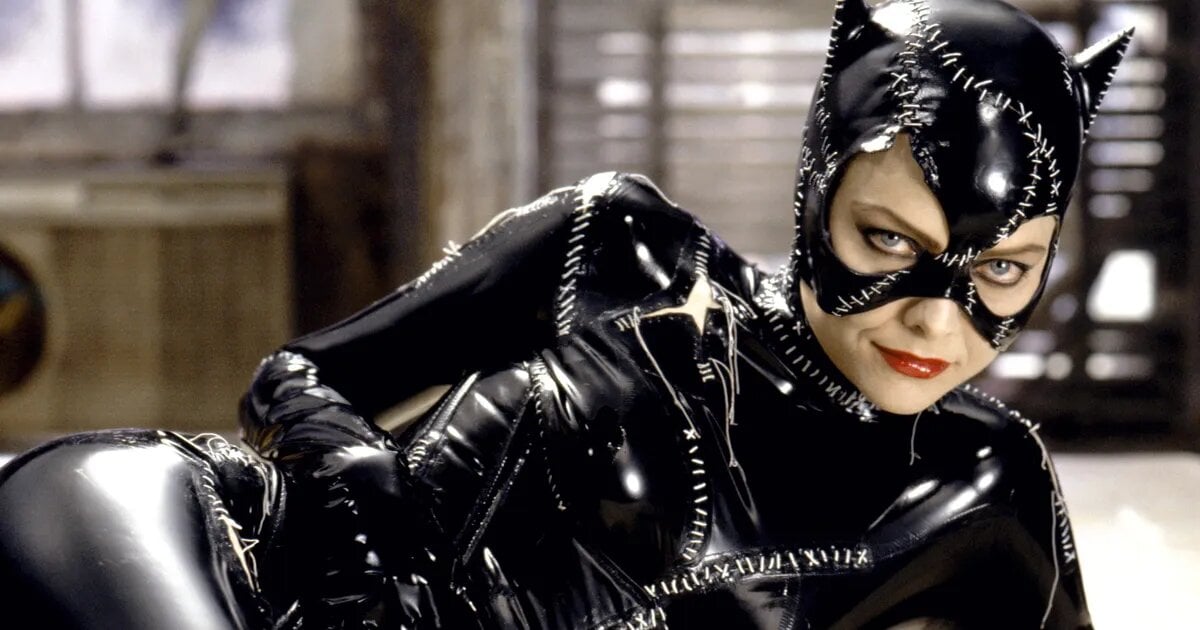 Nicolas Cage’s Superman Lives is far from the only project Tim Burton left in the dust, let alone from the DC universe. After all, Burton directed the first two Batman movies to critical acclaim. However, some of his creepier and more risque directing choices could’ve cost him the franchise.

Namely, he enraged Ronald McDonald. Tim Burton told Yahoo!: “I think I upset McDonald’s. (They asked) ‘What’s that black stuff coming out of the Penguin’s mouth. We can’t sell Happy Meals with that!’” 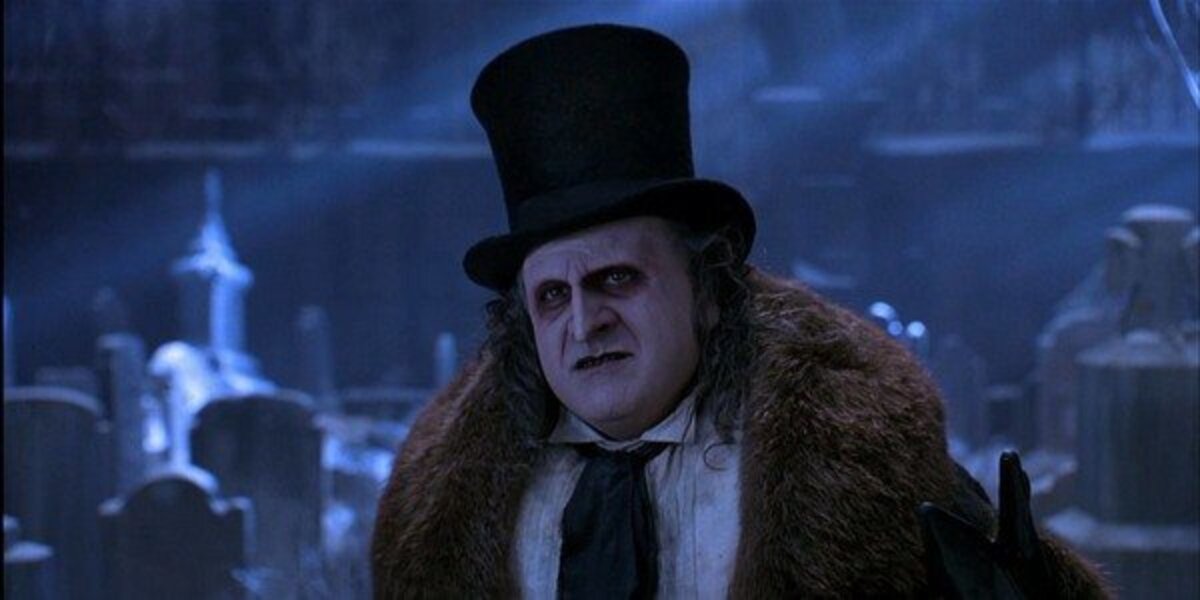 More moral outrage poured in when influential family groups such as the Dove Foundation expressed horror that Happy Meals, targeting kids under ten, were interlinked with Batman Returns – featuring characters who drooled black ooze, bit people’s noses off, wore S&M-inspired outfits, and regularly tried to violently murder anyone they came in contact with.

Burton’s planned sequel, Batman Continues would have been a direct sequel to Batman Returns. The rumored cast list is long, including Brad Dourif as Scarecrow, Robin Williams as Riddler, Marlon Wayans as Robin, and Billy Dee Williams as Two-Face. There’s a silver lining though – several aspects of the abandoned sequel were later developed into Christopher Nolan’s influential reboot Batman Begins. 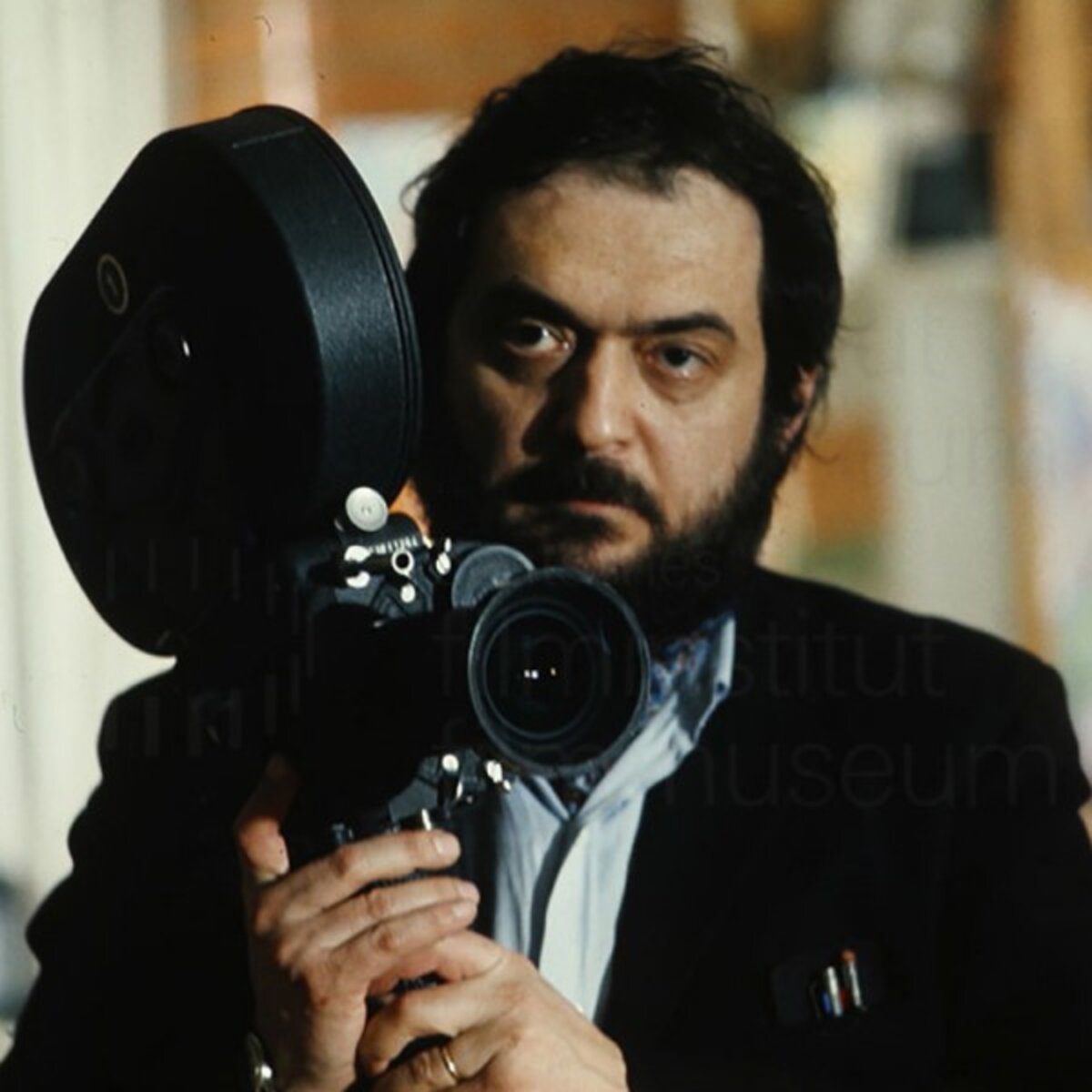 Of course, not all movies that ended up in the dustbin are Superman flicks starring Nicolas Cage or R-rated comics with marketing targeted at kids. Let’s dive into Stankey Kubrick’s “greatest movie never made”. During the completion of his seminal sci-fi classic 2001: A Space Odyssey, Kubrick decided his next film would be a biopic of Napoleon Bonaparte.

Kubrick’s dedication to the biopic surpassed anything he had previously attempted. He reportedly read 276 books on the French emperor, and he also sent researchers to scour Europe for information on Napoleon and The French Revolution.

No detail was too small for Kubrick. From soil color to the shape of a nail in a horseshoe, Kubrick was determined to do justice to this massive undertaking. The screenplay stretched to 148 pages but would feature only a small era in Napoleon’s life. Kubrick’s aim was reportedly to “leave the viewer feeling as if they had watched (an albeit epic) current affairs program”. 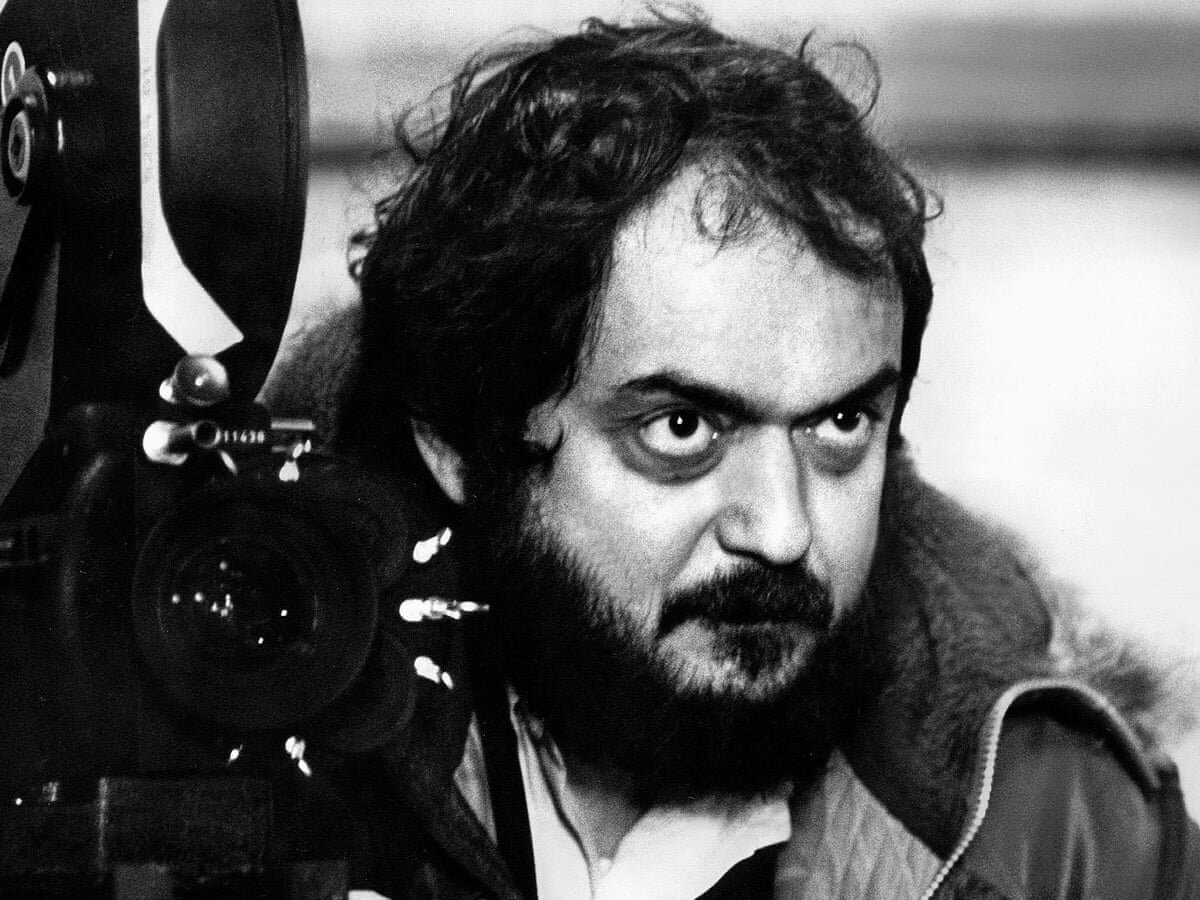 Production scale began to grow as preparations took hold. Kubrick planned to borrow 50,000 members of the Romanian military and use real locations across France, limiting his need to build film sets, and had yet to set an overall cost for the film from beginning to end.

Alas, with a ballooning budget, fears from MGM Studios, and outside interference, Kubrick was refused permission to proceed filming of what he considered would be “the best movie ever made”. However, less than three years after his failure, he successfully filmed & released A Clockwork Orange, simultaneously considered one of the most controversial & lauded film adaptations in cinematic history. 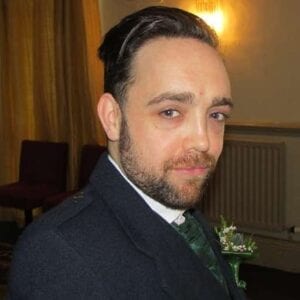 A journalist for more than a decade, Gregg James Kelly is as passionate about the industry now as on his first day as a journalist.