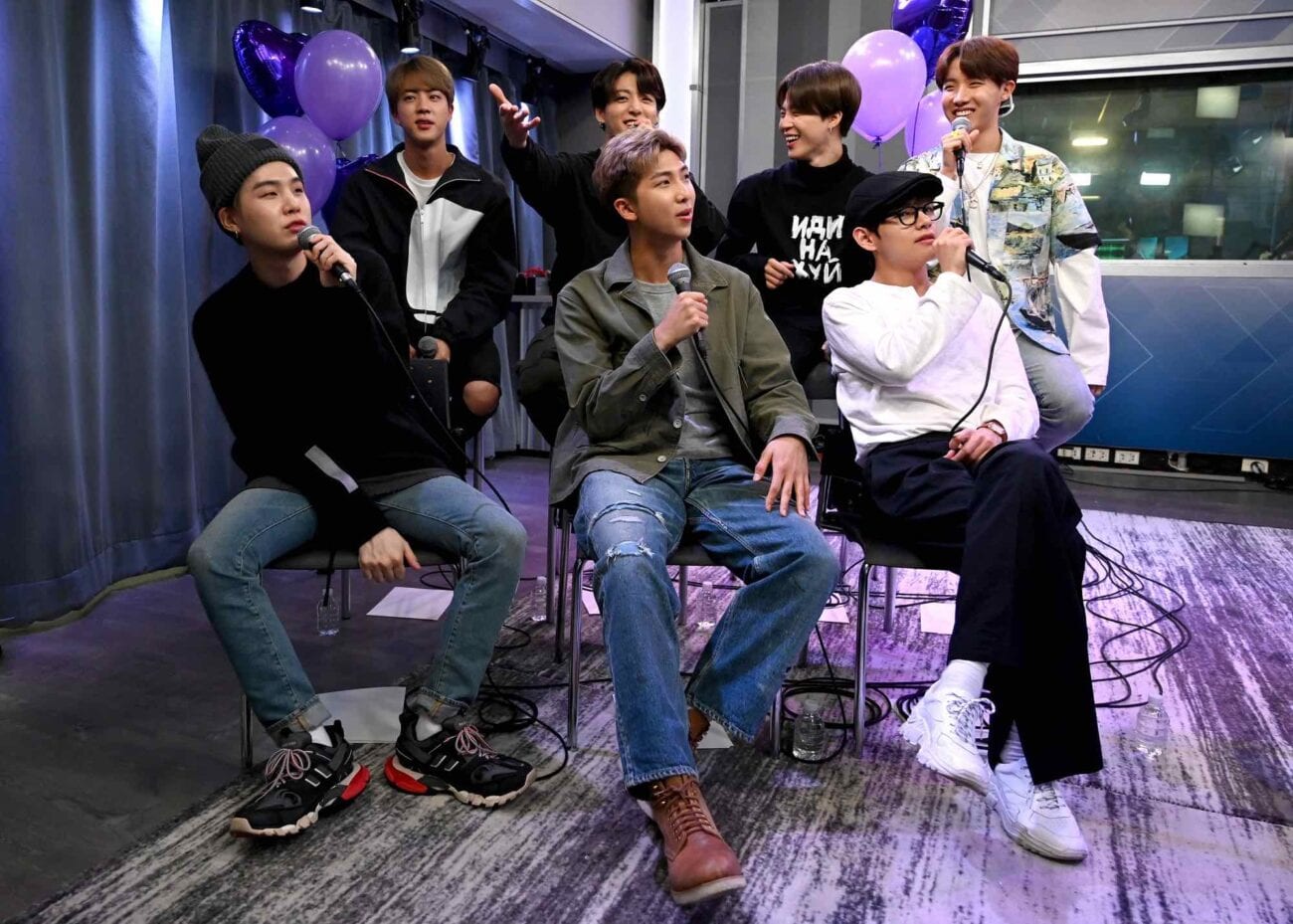 The most iconic BTS VLive streams to rewatch again and again

Want even more BTS? ARMY can’t seem to get enough from the K-pop sensation that’s overtaken the world. With music videos, world tours, docuseries & documentaries, talk show appearances, & more, BTS seems to always have new content in store for their official fanbase. If you’re new to ARMY, you might not know about their VLive account where the boys show a different, more personable side of themselves.

On their channel, you can watch Run BTS!, where the group is put into hilarious situations playing games and running amok in cities around the world. While Run BTS! is more like a variety show, they also publish impromptu videos of the boys in between shows doing normal things like playing video games and sometimes just talking to the camera.

There are over 100 episodes of Run BTS! & nine seasons of moments to stream on the official BTS VLive channel, so there’s even more to love on their website. Don’t know where to start? Here are just a few fan-favorite videos from BTS’s VLive account. 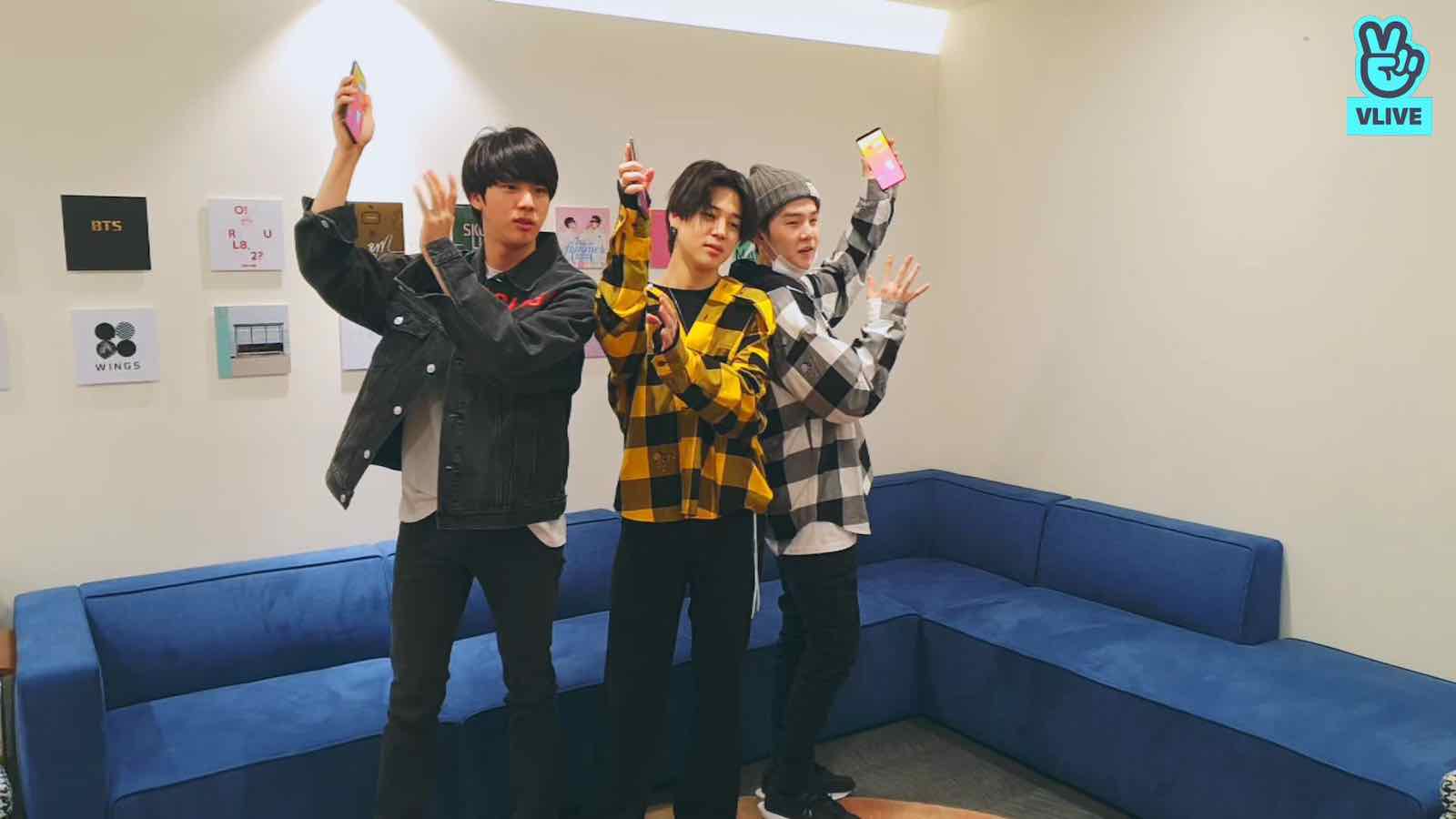 Sometimes, the best VLive streams are the ones where you feel like you’re just one of their close friends. In “JinKiMin”, we see Jin, Yoongi, & Jimin playing Just Dance. It can remind you of the good old days when we could go to our friends’ houses and play an impromptu game just for fun.

If you’ve ever wanted to see BTS members dance to some of your favorite songs ranging from “Fernando” by ABBA to “Havana” by Camila Cabello to “Happy” by Pharrell Williams, you must watch this video. 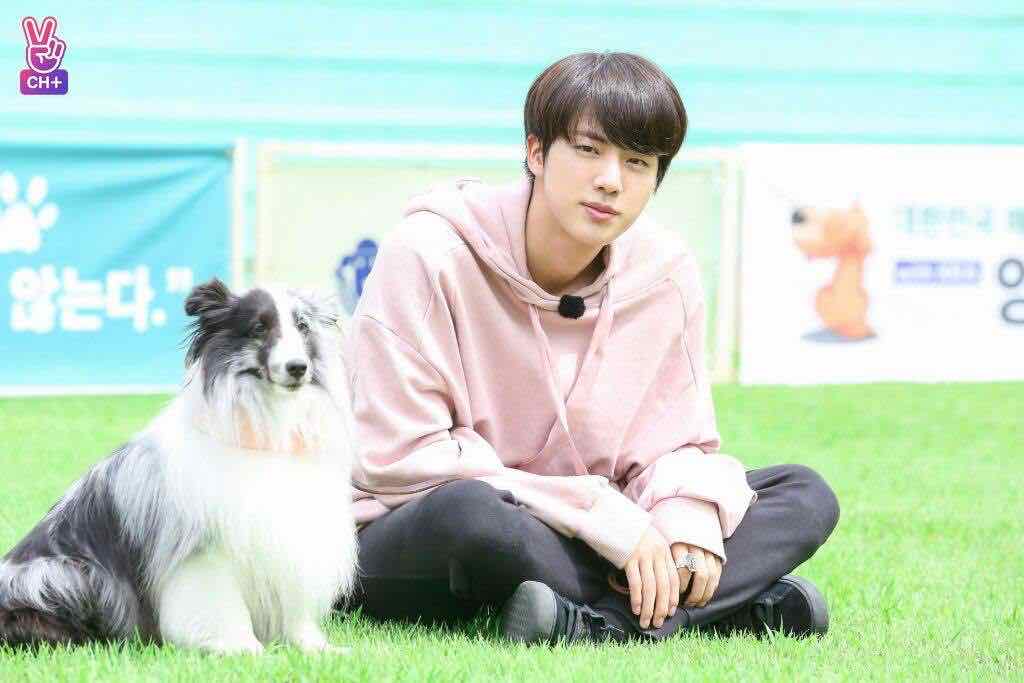 In the most adorable Run BTS! episode, BTS trains and plays with a bunch of puppies at a local dog training course. They develop a competition where each BTS member tries to train their dog the best, proving who is the best puppy-BTS duo in the band. But really, who cares about the details? It’s an episode of BTS & puppies, what more can you need? 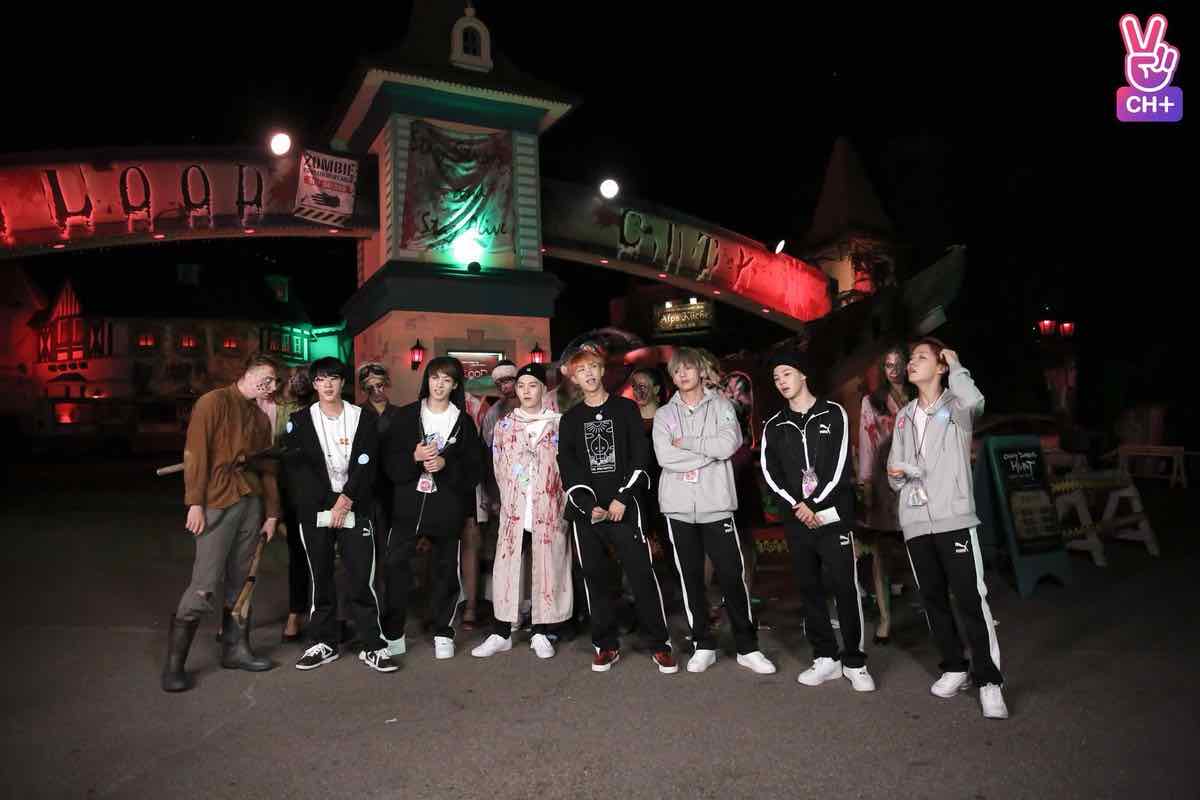 Oh, yeah, and there are zombies just to make the whole thing even creepier. The band is tricked into thinking they’d be going on a simple “night safari”, before they’re all ambushed by a bunch of zombies, making the whole game a lot harder. And scarier. 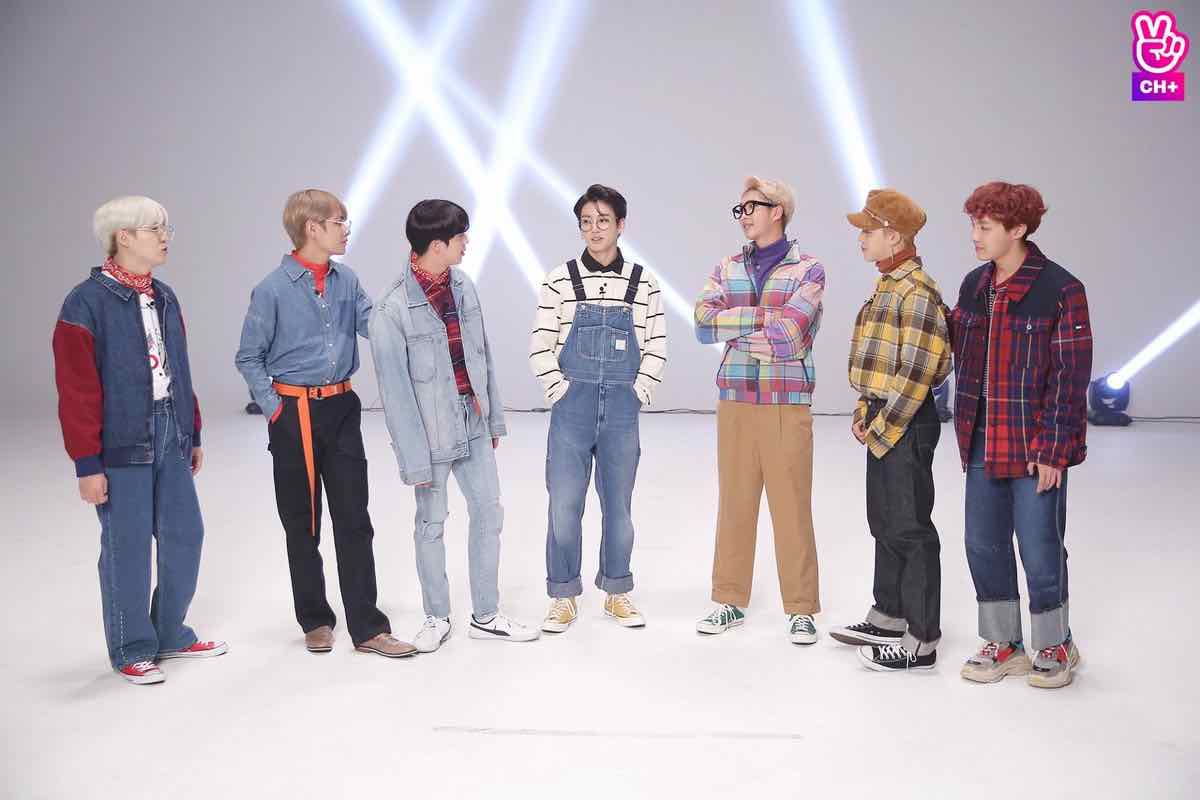 Love Korean game shows? Well, BTS gets to be game show contestants in episodes thirty & thirty-one of Run BTS! where the band members play games from popular Korean variety shows. While we don’t get to see the more personal side of BTS, we get to see the boys have a bit of fun during their off-time, and we have just as much fun watching it. 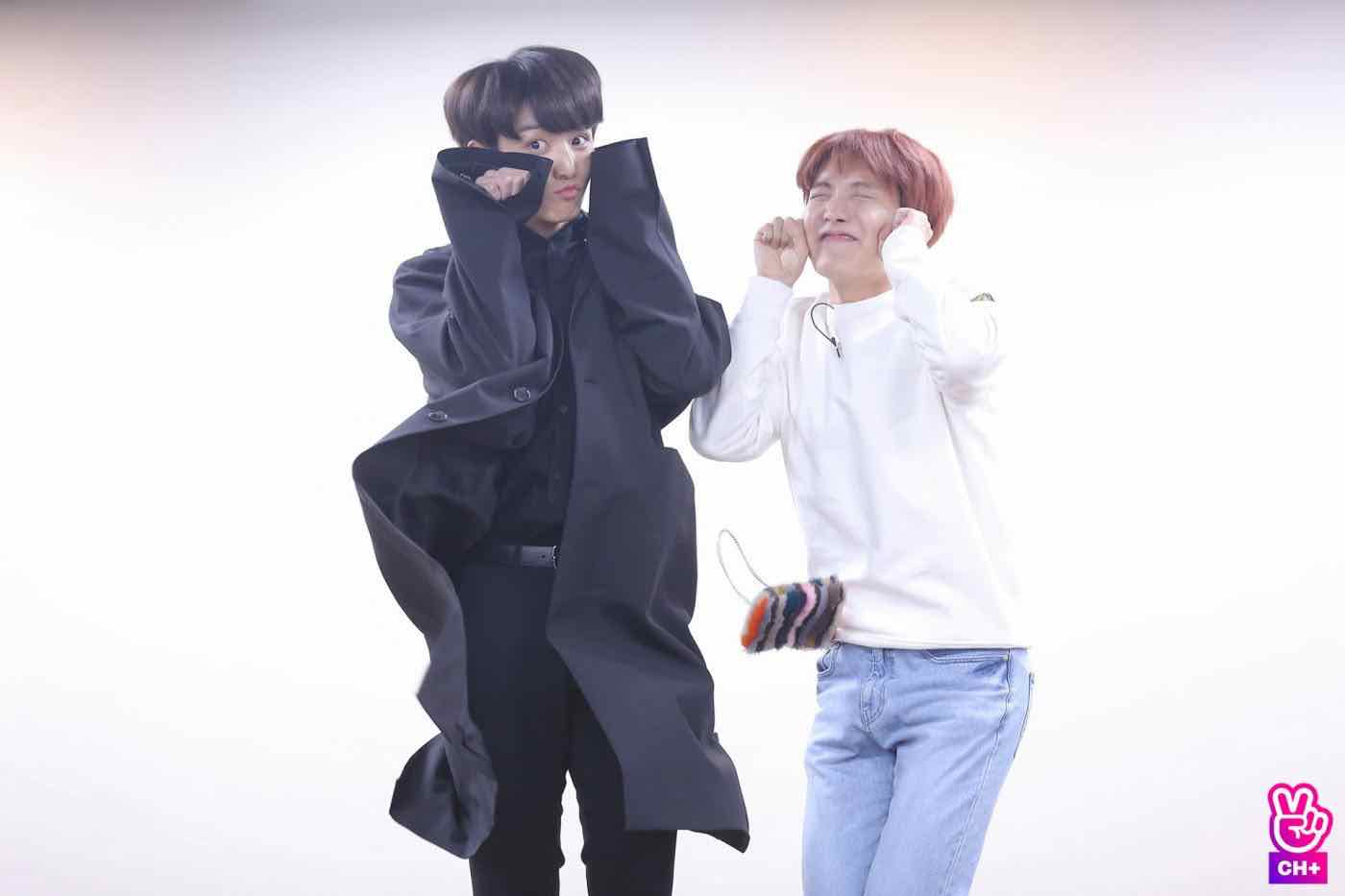 Unlike episodes thirty & thirty-one, episodes thirty-three & thirty-four show the boys playing simpler games. Since these Run BTS! episodes are much less produced, you might be able to take some inspiration from BTS and play your own versions of their games.

ARMY loves the “photo zone” segment where BTS members have to jump and form a specific pose in the air. It’s harder than it looks and we get to see BTS make quite a few hilarious mistakes, the opposite of their perfected personas we see on tour and in all of their music videos. Plus, we get a ton of great photos of every member of the band, so it’s a win-win. 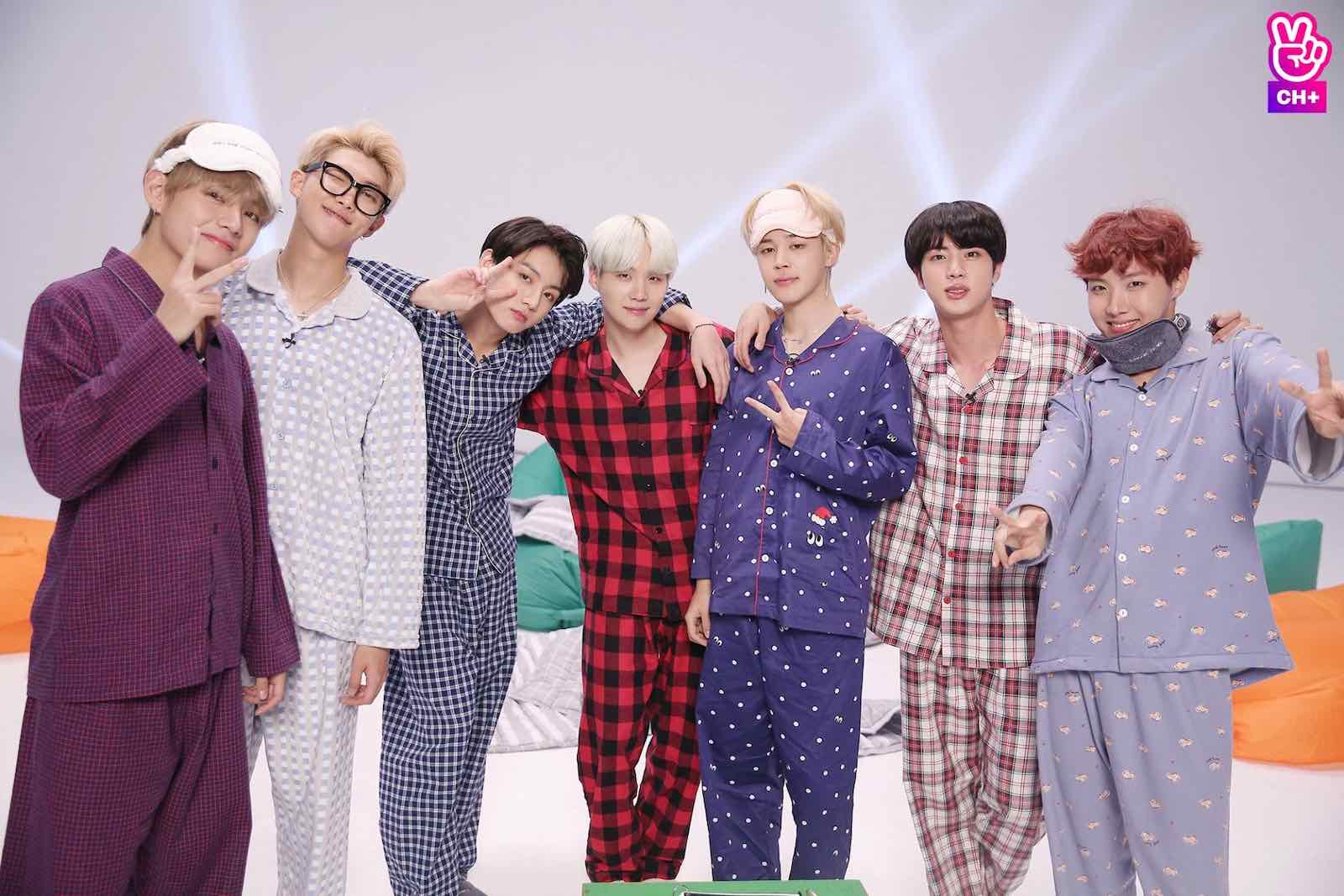 BTS changes up their wardrobe in favor of pajamas in episode ninety-seven of Run BTS!. The group plays some simple slumber party games, an even more relaxed rendition of their game-filled episodes. So, snuggle up and put on your PJs for this cozy episode of Run BTS!. 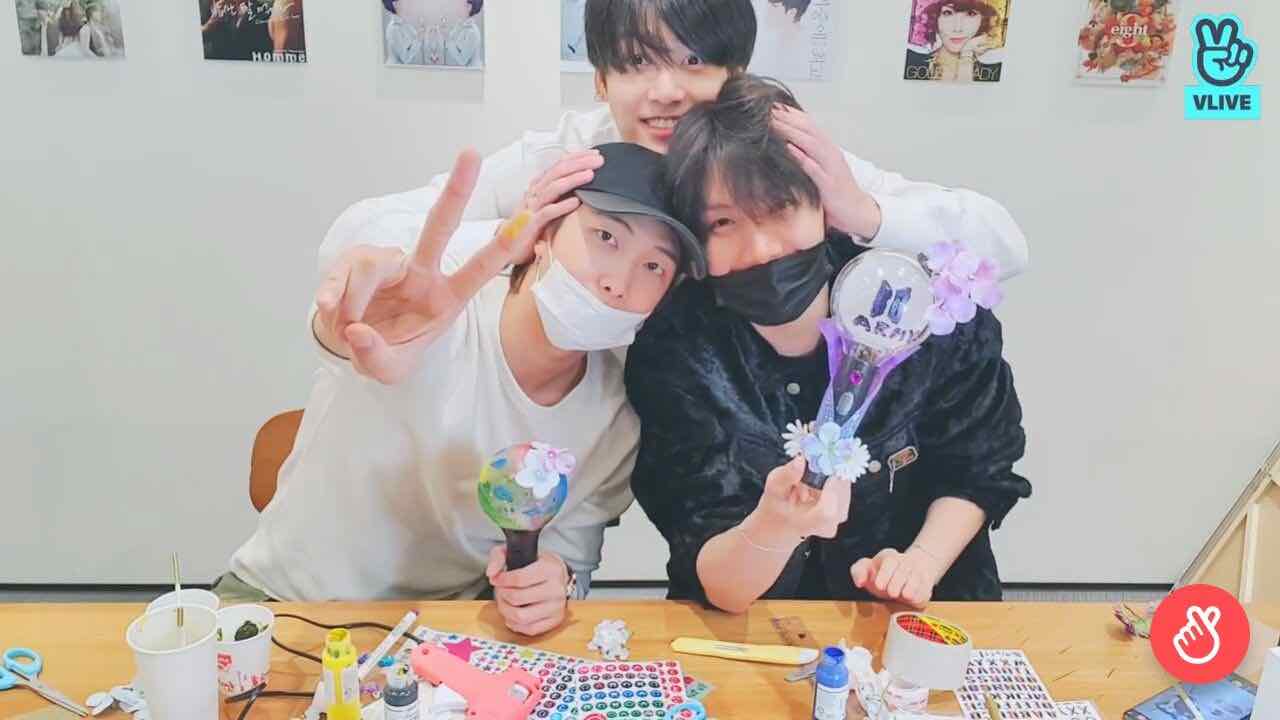 J-Hope & RM simply do arts & crafts in this episode, but, for some reason, it’s oddly soothing to watch international superstars do something so mundane. In the episode “We’re not late today”, we see J-Hope & RM decorate the famous BTS light stick.

The episode feels like a fun, normal day of hanging out with the band, and it reminds you just how normal BTS can be without all of the glitz & glam of the stage. Also, there’s a surprise appearance by Jungkook that any member of ARMY is sure to love. 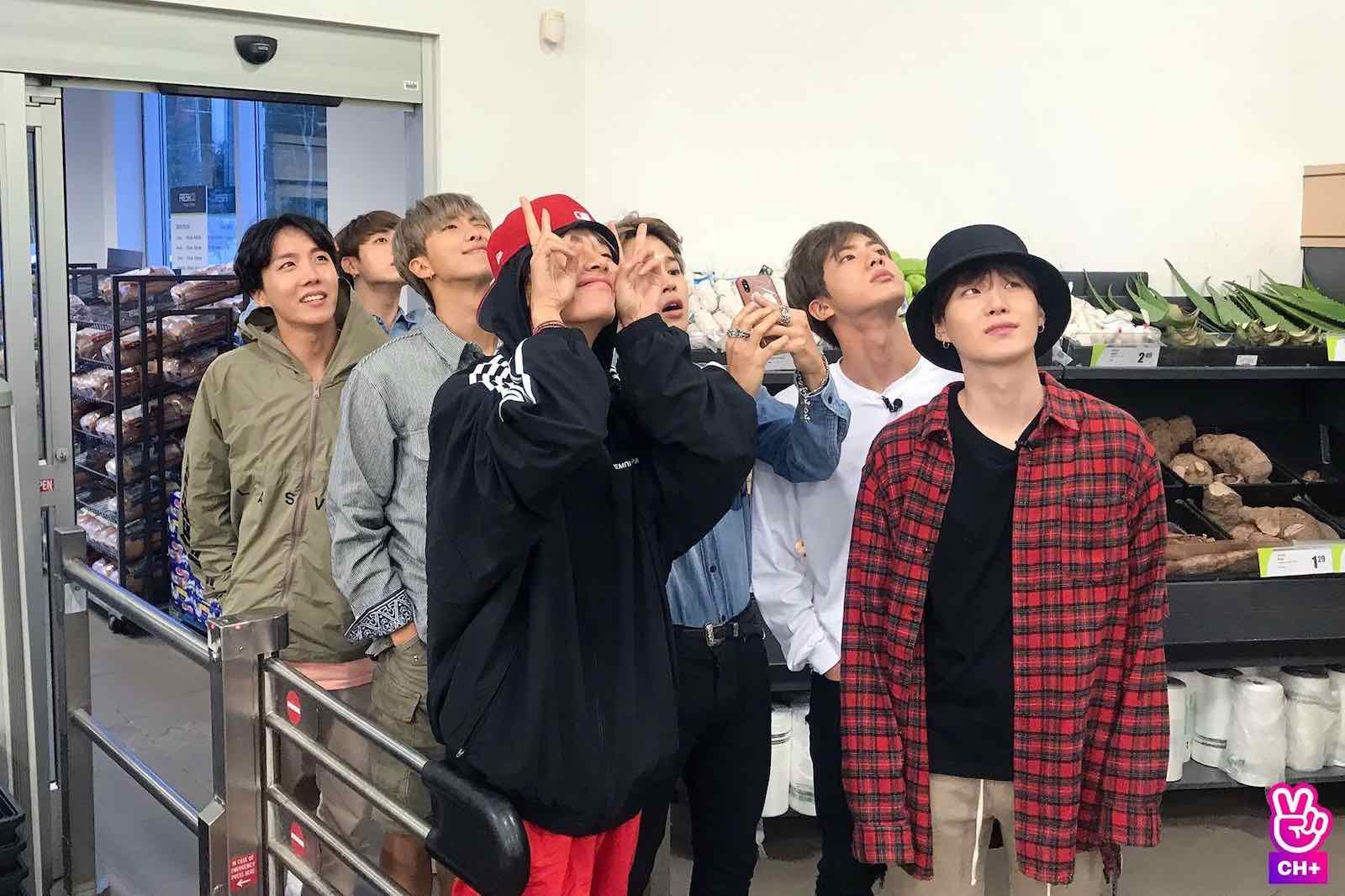 We may have the docuseries & documentaries to give us behind-the-scenes look at BTS on tour, but we never got a chance to see BTS in Canada. Luckily, especially to the Canadian ARMY members, we have three episodes to see BTS explore Toronto during their Love Yourself tour. Not only do we see BTS band members be tourists, we see a couple of plot twists over the course of three Run BTS! episodes. 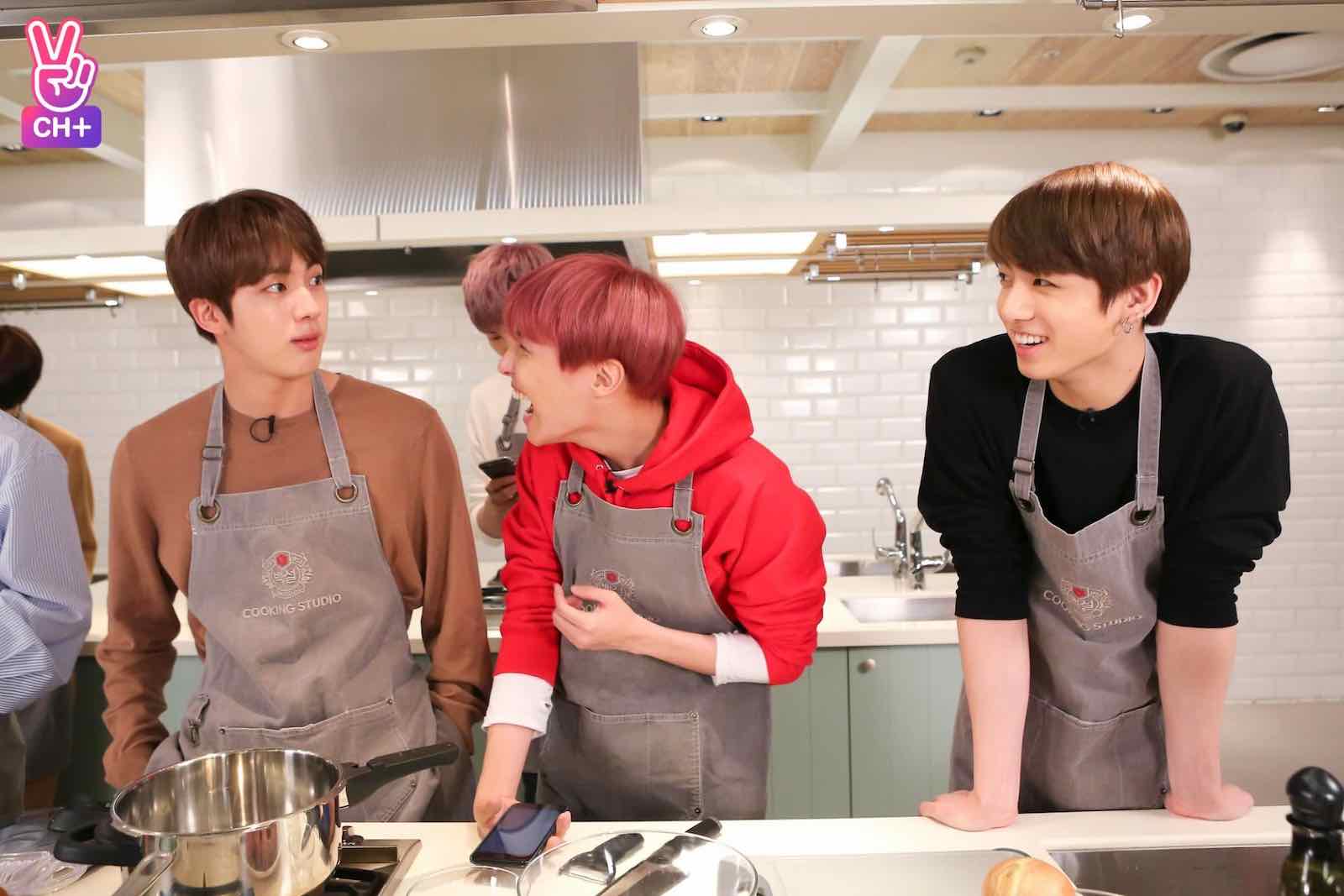 One of the earliest episodes of Run BTS! showcases BTS in a cooking competition. We get to learn a little more about Korean cuisine and who’s the best cook in BTS. While it’s hilarious to watch some members completely fail, we also get to watch some great cooking from the top chefs of the group. We definitely get some great reactions out of the group, so be ready to laugh. 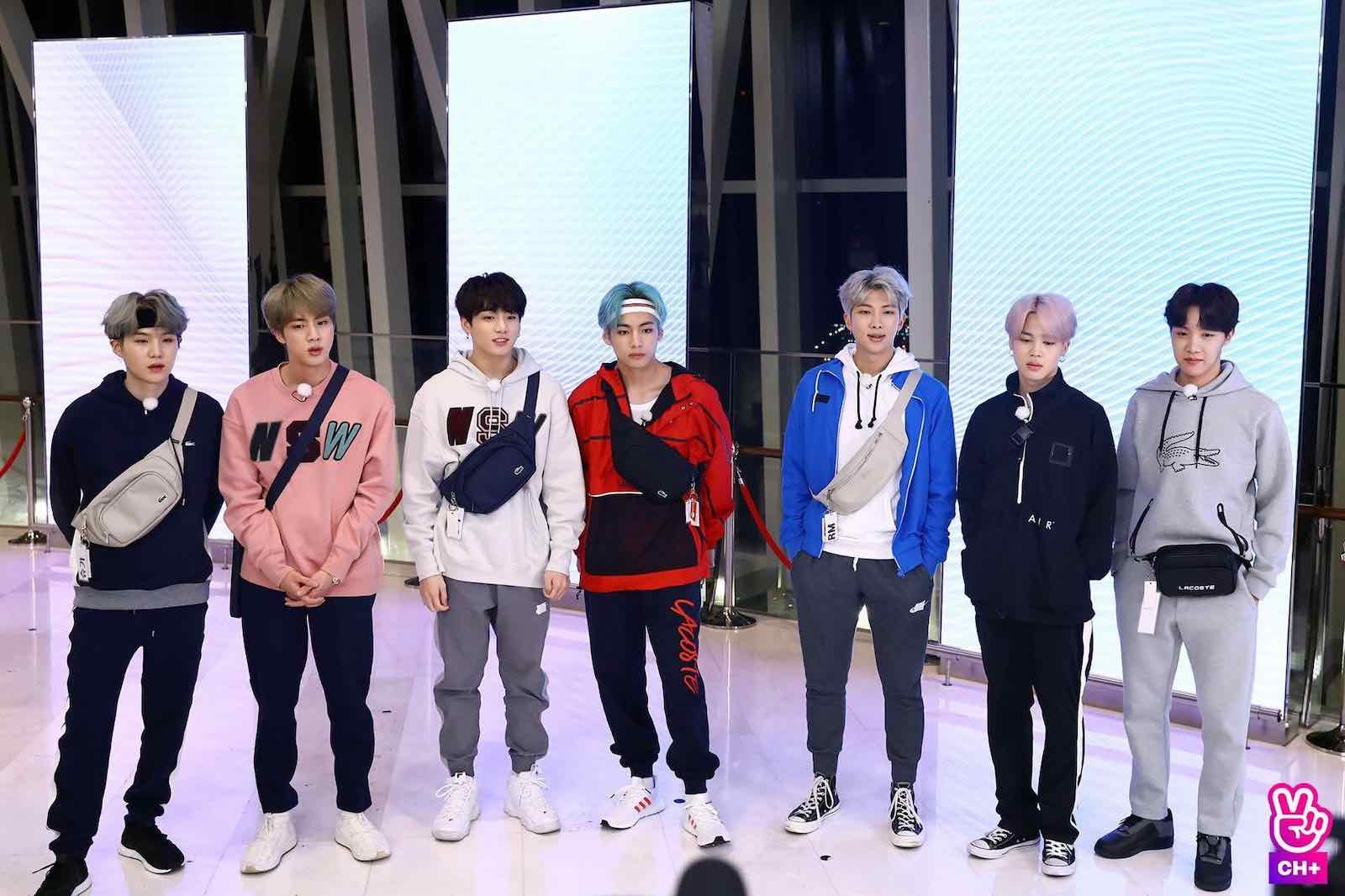 The members of BTS may be best friends, but they sure are competitive, and episodes seventy-nine & eighty of Run BTS! prove it when the band goes on a massive scavenger hunt. Producers managed to rent out an entire mall for this pair of episodes, and it was totally worth it. We see the members of BTS do everything they can to win, even resorting to lying to each other just to prove they’re the best detectives in the band. 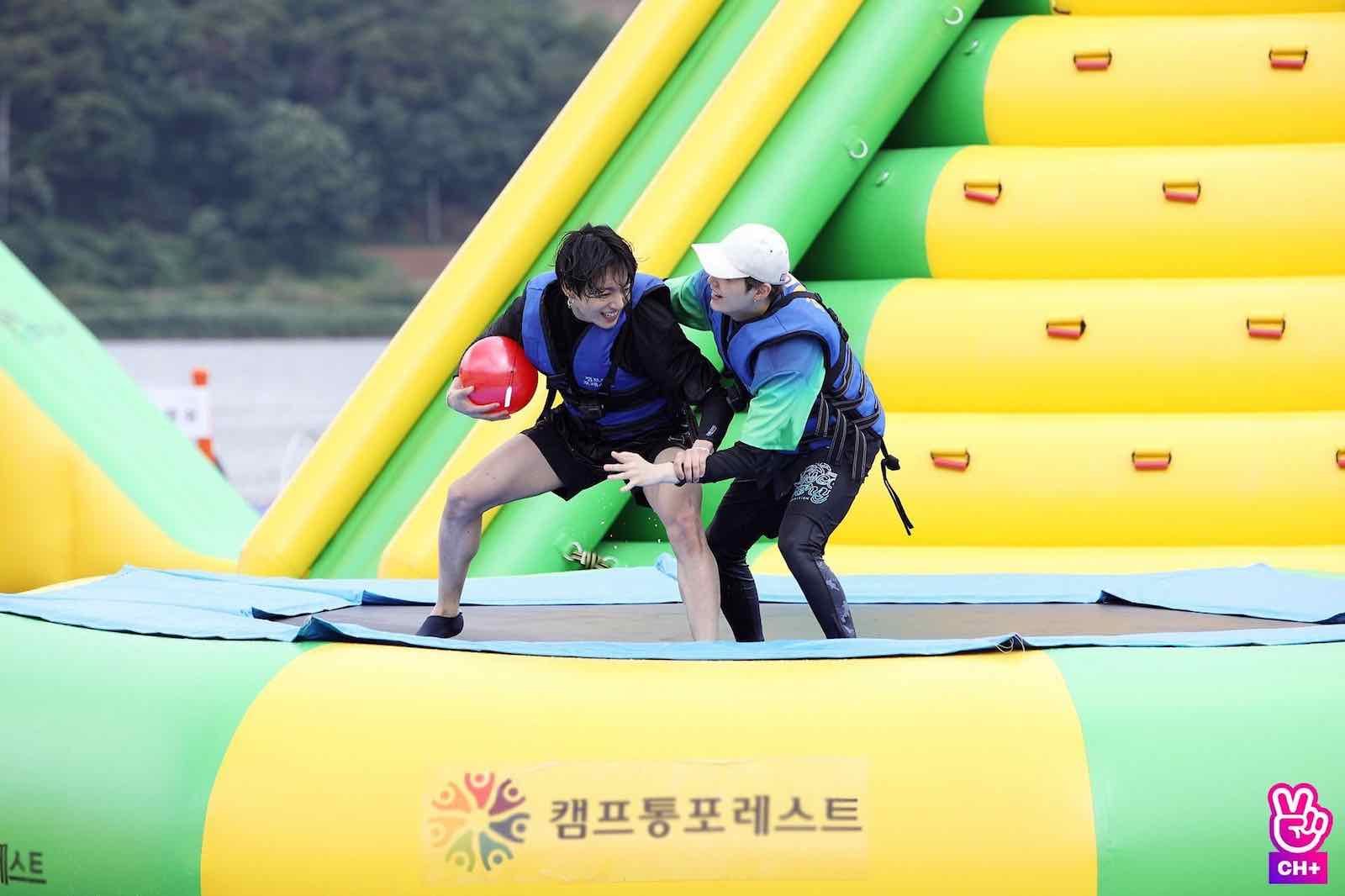 BTS goes to a water park

We may not be able to go to water parks anytime soon, but we can live vicariously through BTS during this three-episode Run BTS! arc where BTS is taken to a water park to play games. Starting in episode eighty-three, the band plays a number of water games and the band competes in an obstacle course. 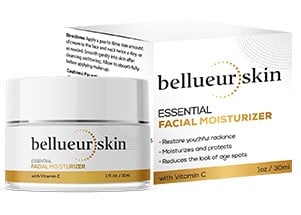 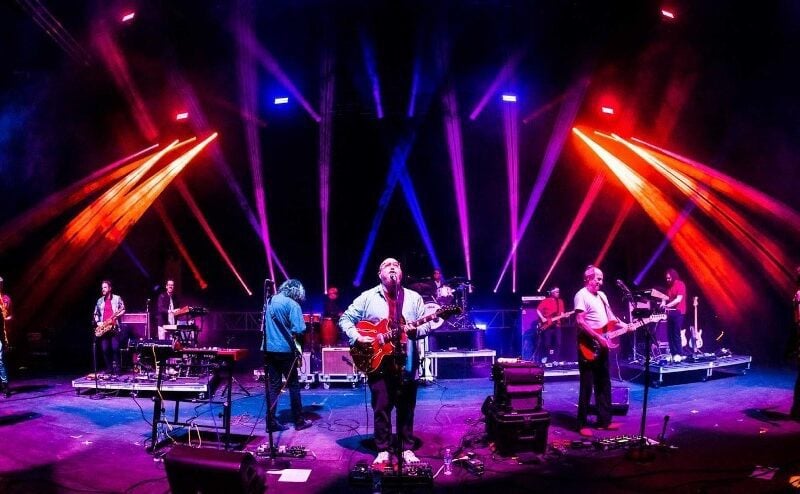