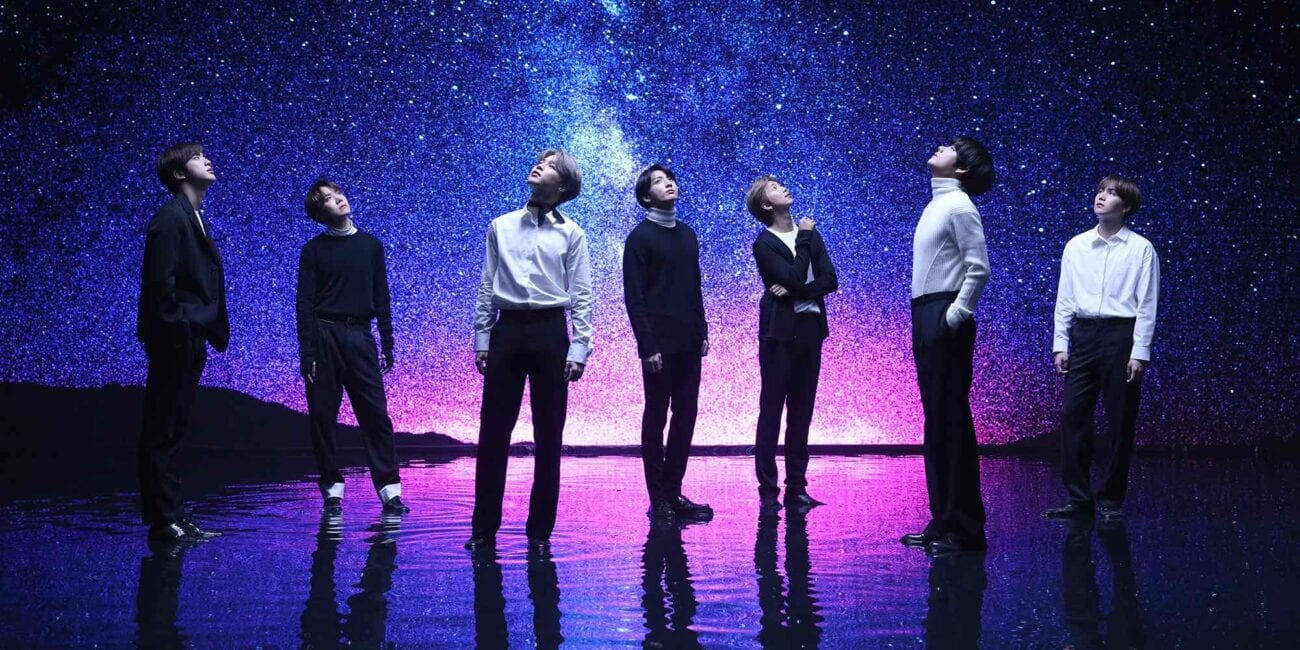 BTS documentaries: Where can you stream all their movies?

Can’t get enough of BTS? Luckily, BTS has gifted fans with not only four documentaries, but three additional docu-series, giving ARMY an inside look at the biggest BTS tours & a peek into their daily lives. Want to watch everything BTS? Here’s where to find all of BTS’s docu-series & documentaries. 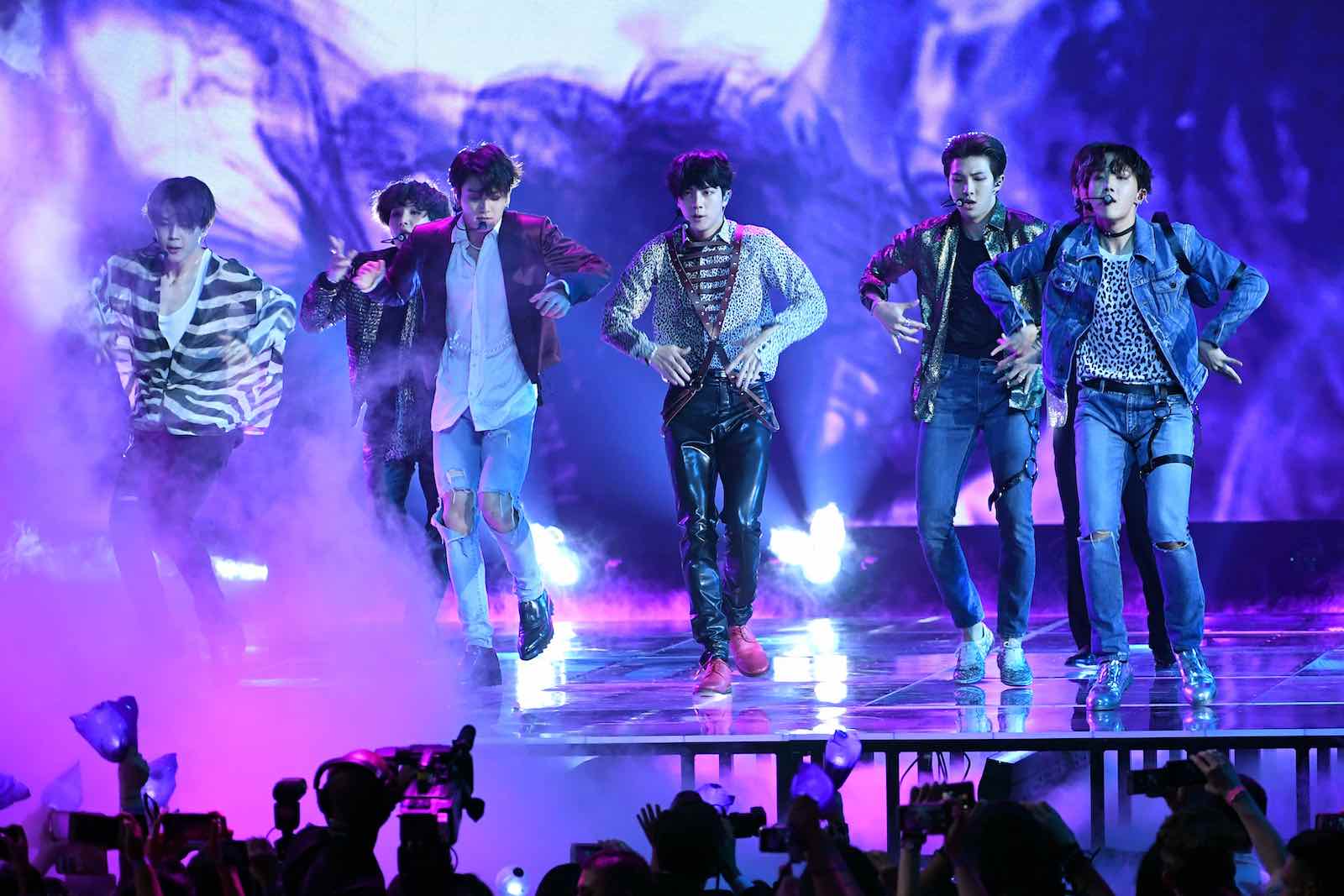 BTS: Burn the Stage was the first docu-series BTS released in 2018. Eight episodes long, the documentary crew followed BTS during their 2017 BTS Live Trilogy Episode III (Final Chapter): The Wings Tour. The series allowed each member to discuss their personal lives & their love of music. According to the show’s description, BTS: Burn the Stage is BTS’s way of “tell[ing] their stories as human beings, rather than idol stars to their fans.”

Later in 2018, they extended the series with Burn the Stage: The Movie, where fans were given even more footage from their Wings tour and included brand new interviews with the band members and opening acts.

Both the Burn the Stage docu-series & movie premiered on YouTube Red, and are only available on YouTube Premium. However, if you don’t have the streaming service, you can still stream the first episode of the docu-series for free. Fans yearning to watch everything right away can utilize a one-month free trial. However, YouTube Premium will cost $11.99 every month after the trial expires. 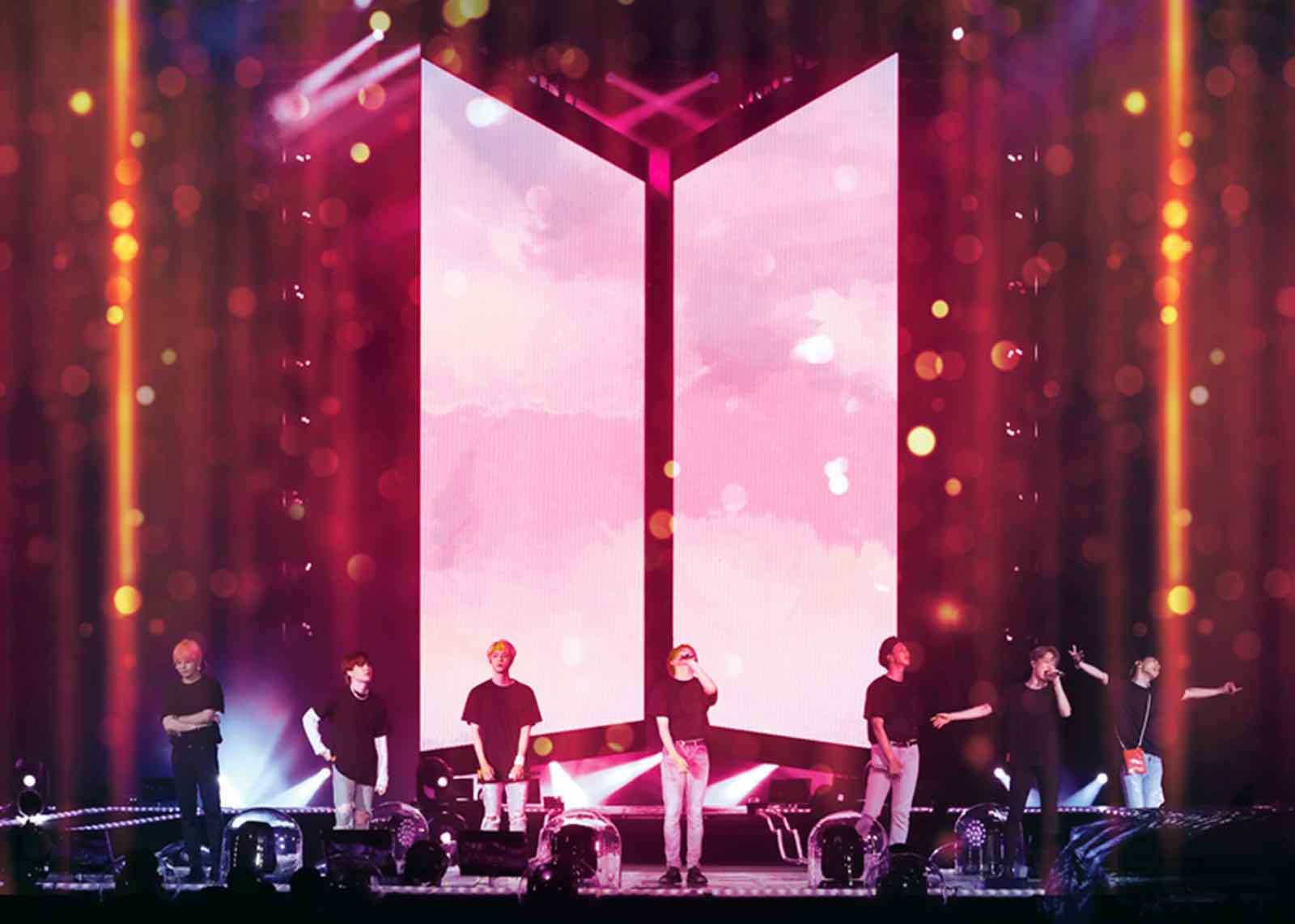 While BTS World Tour: Love Yourself in Seoul is unavailable to watch on any streaming service or on VOD, some have uploaded the film one BTS fan uploaded the concert film on social media. You can find the full-length concert film with English subtitles on Jung Hyun Ran’s Facebook page. 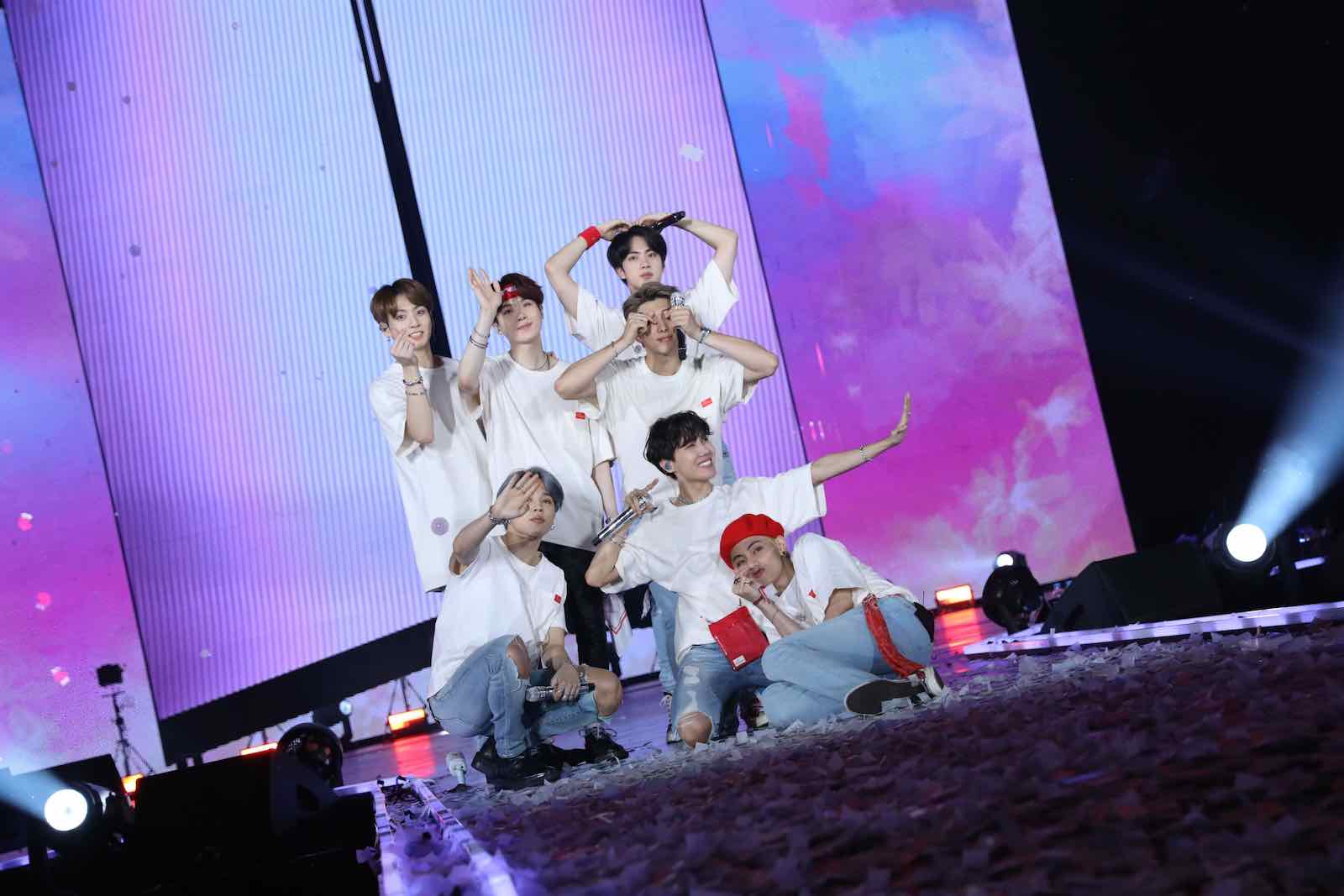 The boys made another movie & docu-series duo, with Bring the Soul: The Movie & Bring the Soul: The Docu-Series. This time, the combo features the final concert of BTS’s Europe tour. Shortly after the massively successful release of the 2019 movie, BTS  came out with the docu-series, which provided additional footage not seen in the documentary.

It not only shows the concert, but also follows the cast as they explain their thoughts while traveling around the world. It also showcases exclusive interviews from Paris, which were conducted after their final concert of the tour.

While Bangtan Live released Bring the Soul: The Movie on their Facebook page, the six-episode docu-series can be watched on the Weverse app. Weverse is the central hub for all of BTS’s exclusive content. 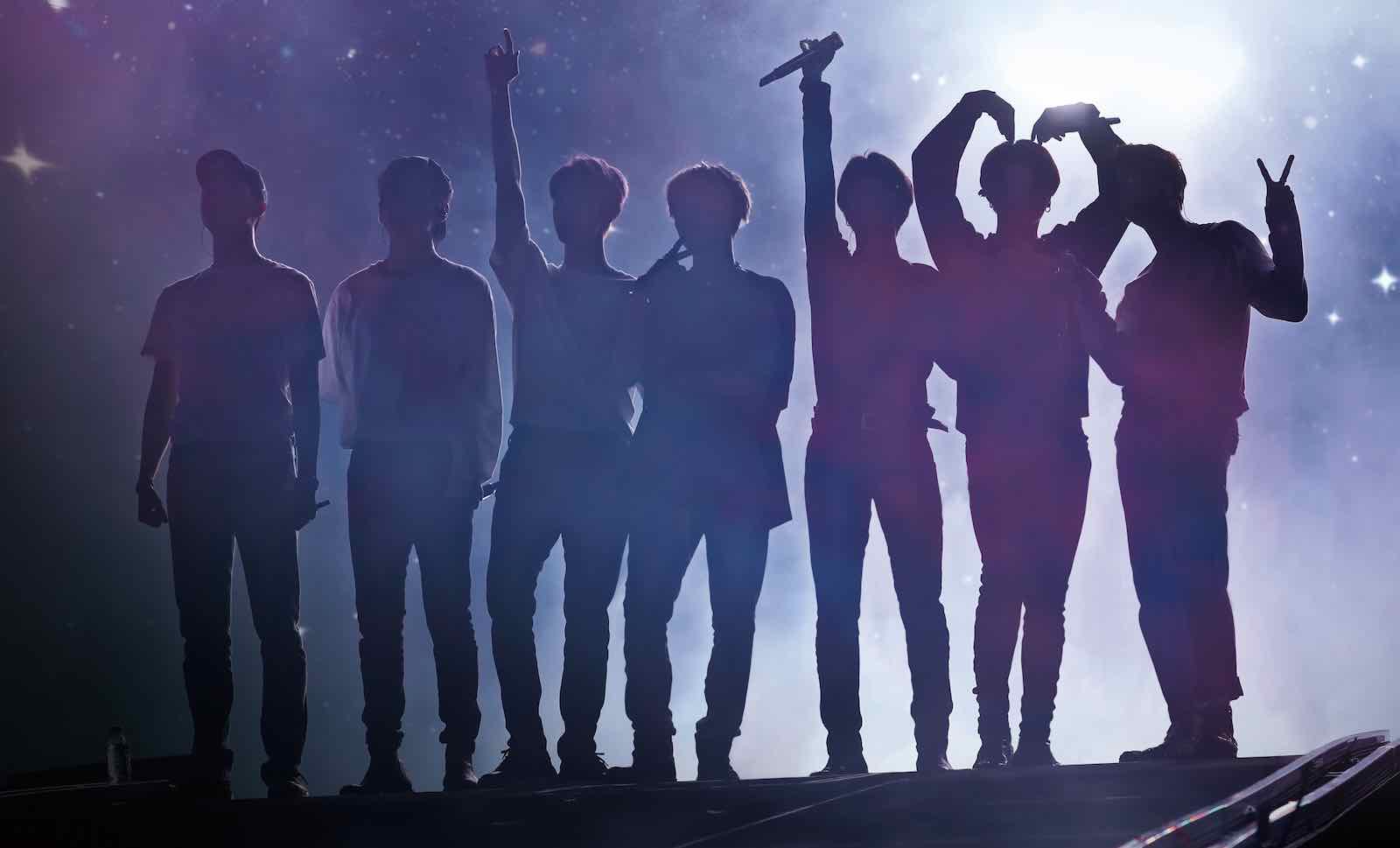 Break the Silence: The Movie was recently released at the end of September after being delayed for a month due to COVID-19 concerns. The documentary follows the group during the Love Yourself: Speak Yourself tour and takes fans on & off the stage in multiple cities around the world.