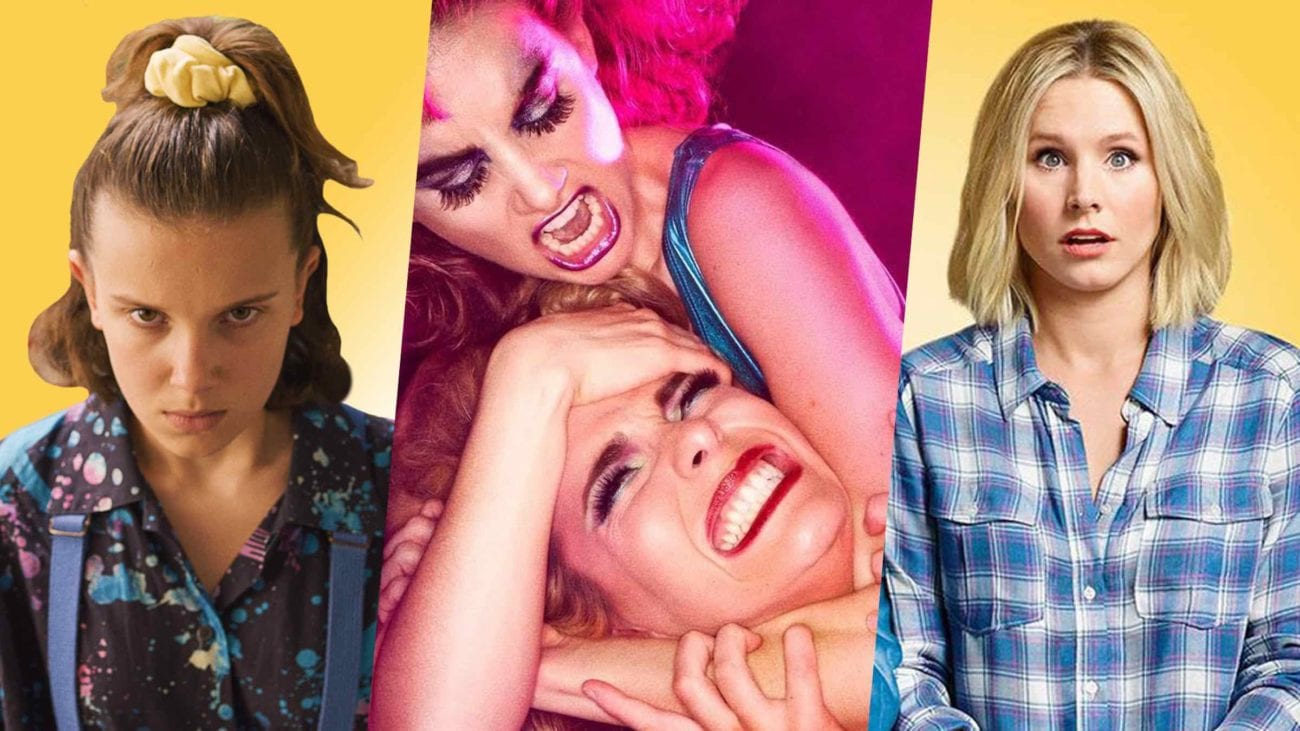 Ah Netflix, even when you drive us mad with your random cancellations, we just don’t know how to quit you. 2020 seems to promise an even more variety of Netflix Original content than in 2019. So as we look at our calendar of shows for the year (vast and complicated that it is), we have to be sure to pencil in some time for all the new Netflix series in the pipeline.

If you’re like us, then you need to know what will probably be worth checking out when these series start hitting the streaming platform throughout 2020. Here are some of our recommendations. 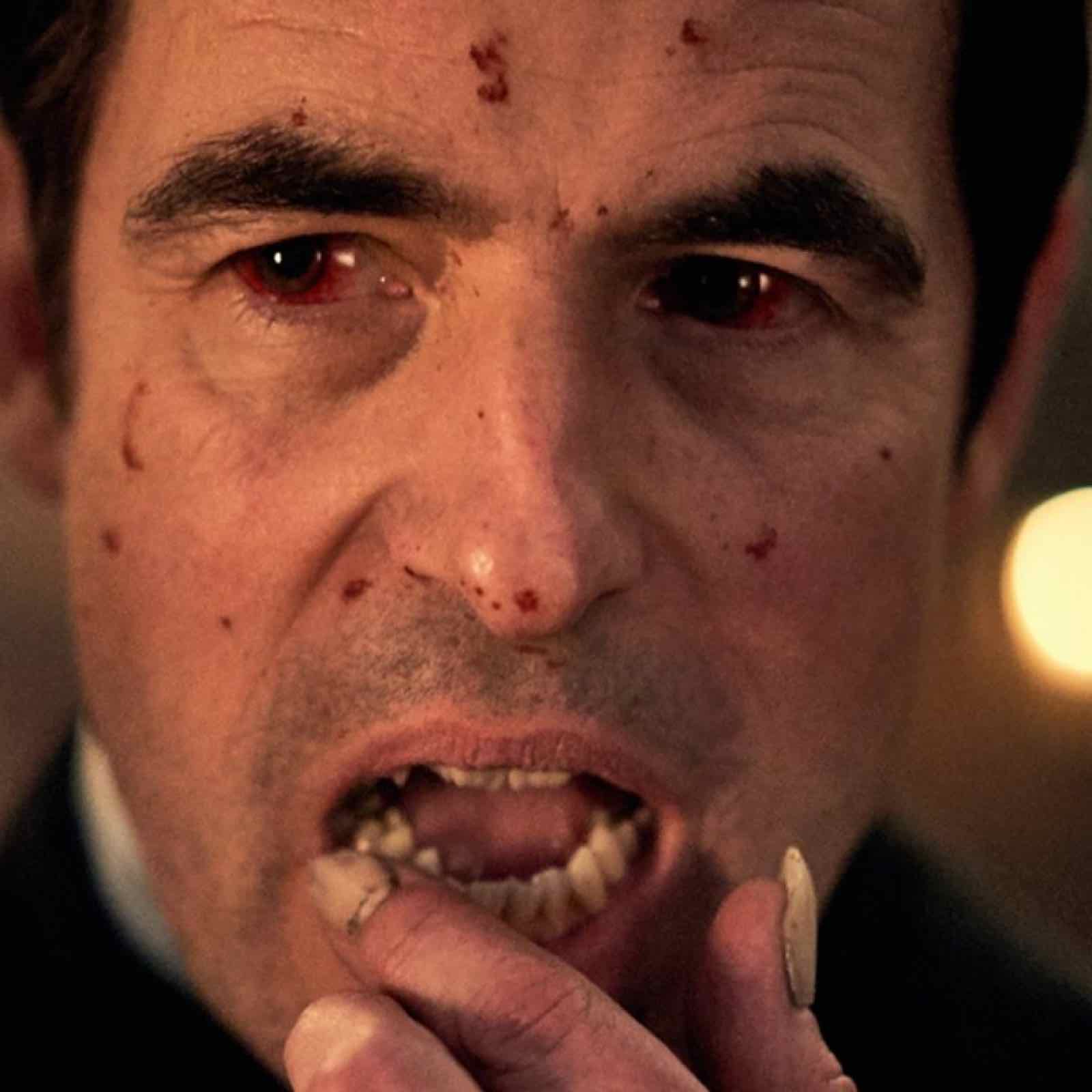 Steven Moffat is somewhat of a polarizing figure in the nerd community. This adaptation of Bram Stoker’s Dracula made in cooperation with the BBC is…definitely not helping things. Don’t get us wrong, Dracula had an extremely strong and interesting start. It just flagged a bit at the end into a whole mess of self-important confusion.

Honestly? It was pretty hilarious to watch. That’s why we’re recommending that you check out this three-episode miniseries. Just get boozy and be prepared to MST3K this show. 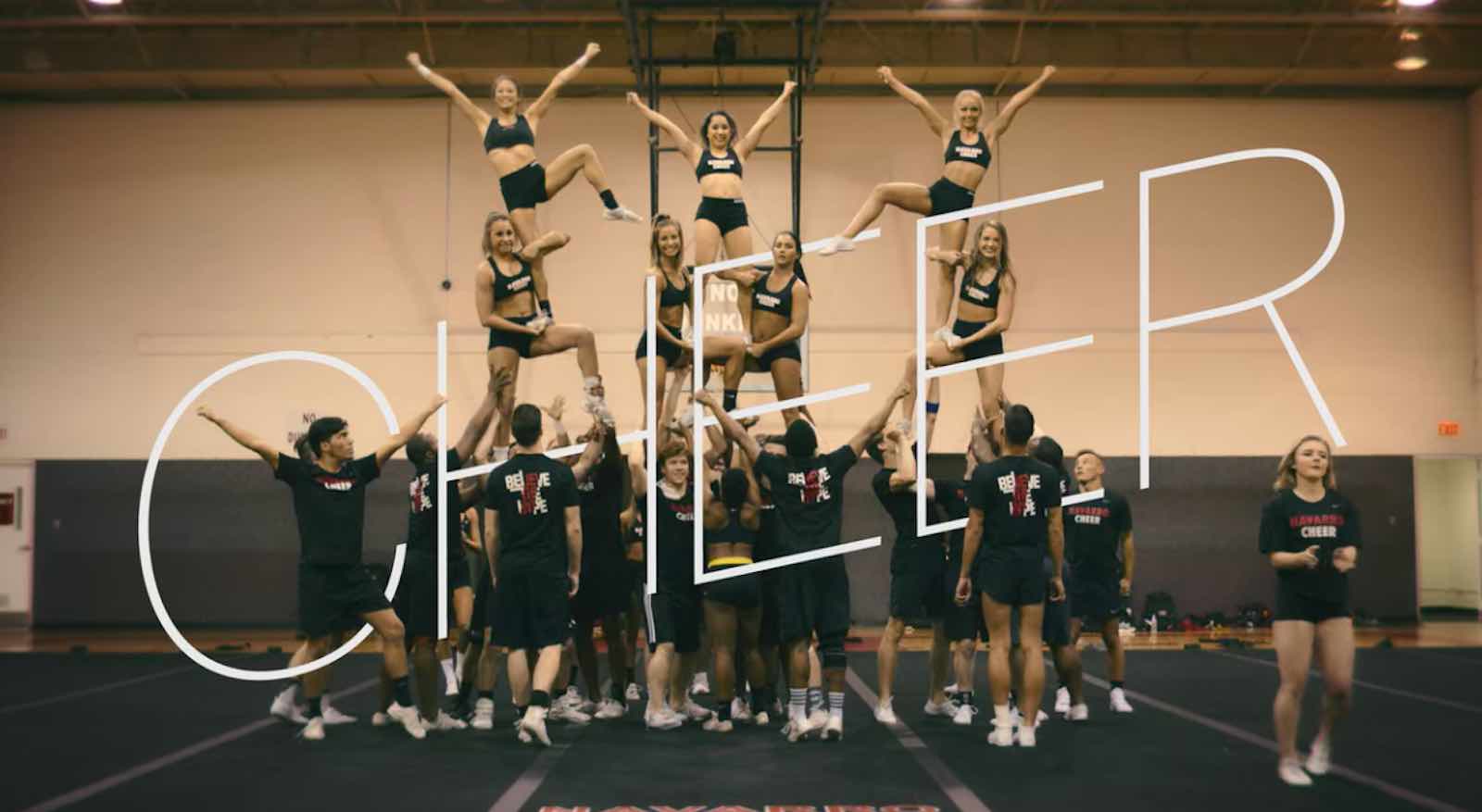 Cheer has taken over the world, so of course, we were going to mention this docuseries. Following the Navarro College Bulldog Cheer Team, as they prepare for Nationals, Cheer captures the highs and lows of competitive cheer along with the dynamics of the team. It has gripped the nation and launched the Navarro team into the national spotlight.

So if you’ve been curious about Cheer, then definitely be sure to check it out. 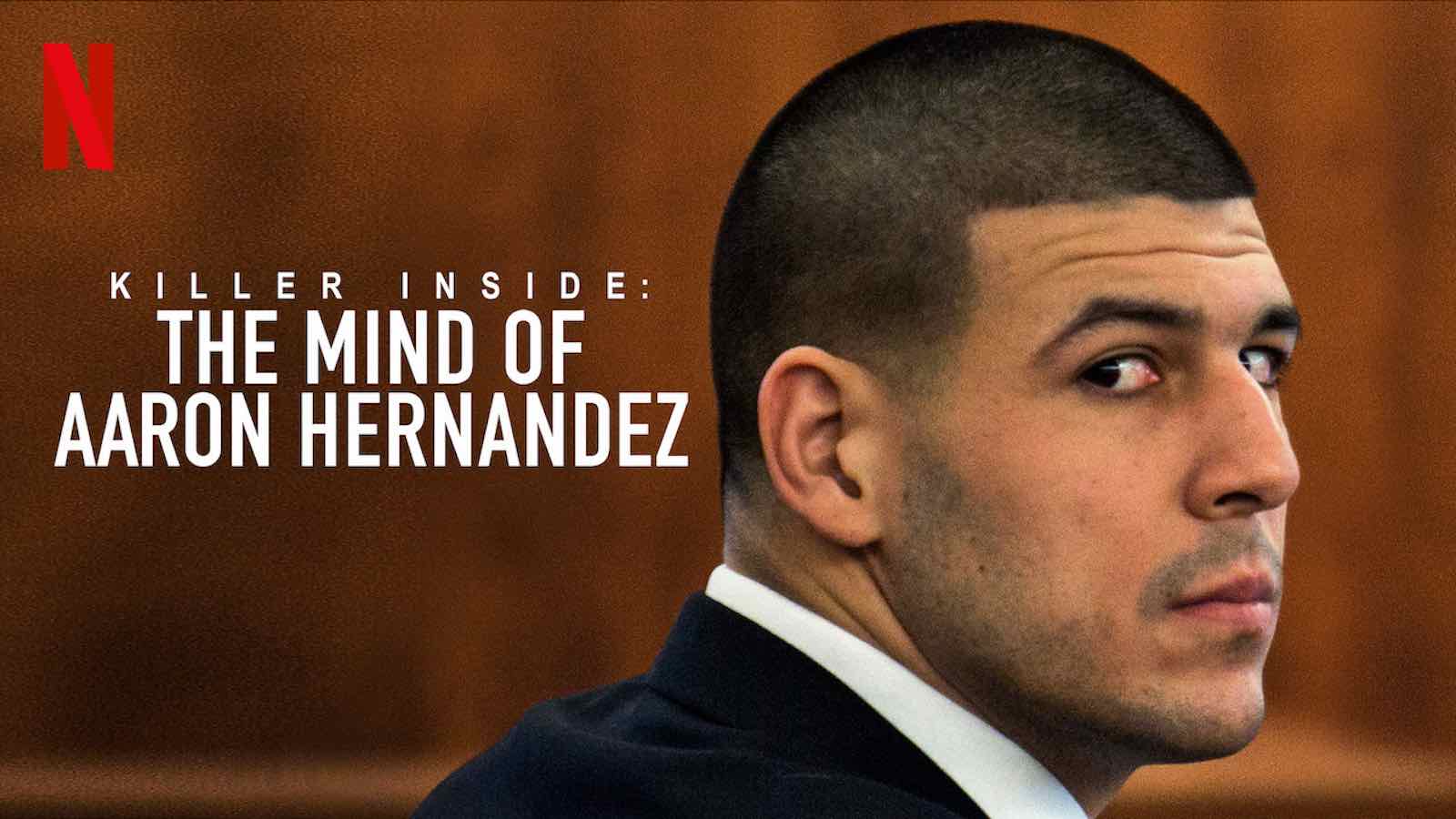 Killer Inside: The Mind of Aaron Hernandez (Jan. 15)

True crime fans have probably already binged this three-part docuseries from Netflix. If you haven’t made the time yet, be sure to dive in. Killer Inside explores former professional football player and convicted murderer Aaron Hernandez.

Looking at the factors that shaped his life, the docuseries interviews friends, attornies, and former teammates in order to figure out why Hernandez killed Odin Llyod along with the other murder cases he was suspected in.

Hernandez would commit suicide in 2017. There was also some controversy surrounding the series for the focus on Hernandez’s sexuality for including photos/audio of Hernandez’s child in the series.

The last already released series on this list, Locke & Key follows three siblings (Connor Jessup, Emilia Jones, and Jackson Robert Scott) as they move back to their father’s ancestral home after his death.

When they discover mystical keys that open doors to grant them a variety of powers throughout the house, the siblings and their friends have to battle against a demon in order to make sure that their home remains protected and the Keyhouse remains a bastion of protection.

It took 10 years for the series to get made and many people agree that it was well worth the wait. 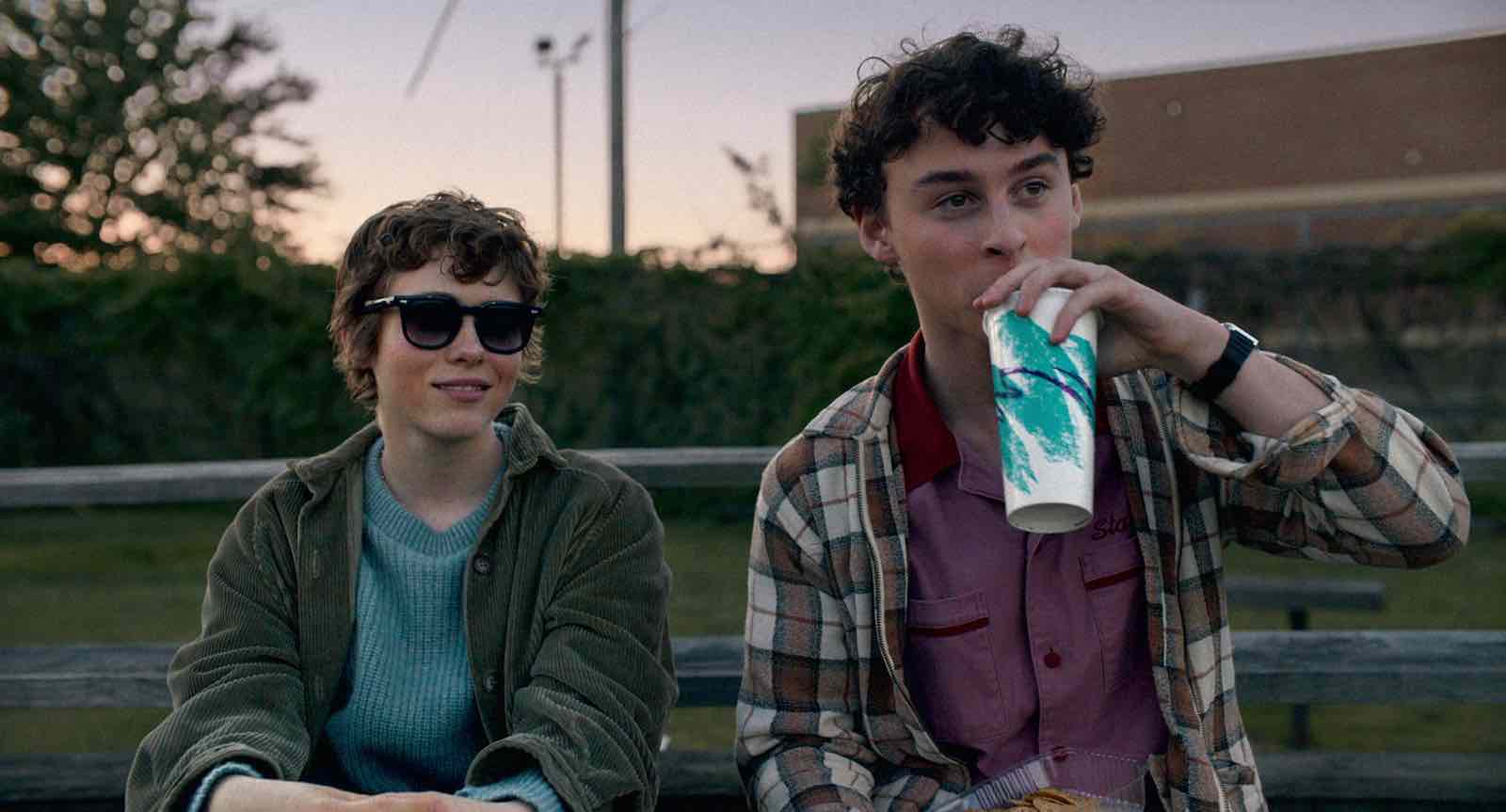 The series follows Sophia Lillis (IT) as Sydney, who is struggling to get through high school, deal with her sexuality, and figure out what is going on with these bizarre superpowers. Puberty is a wild time for us all. 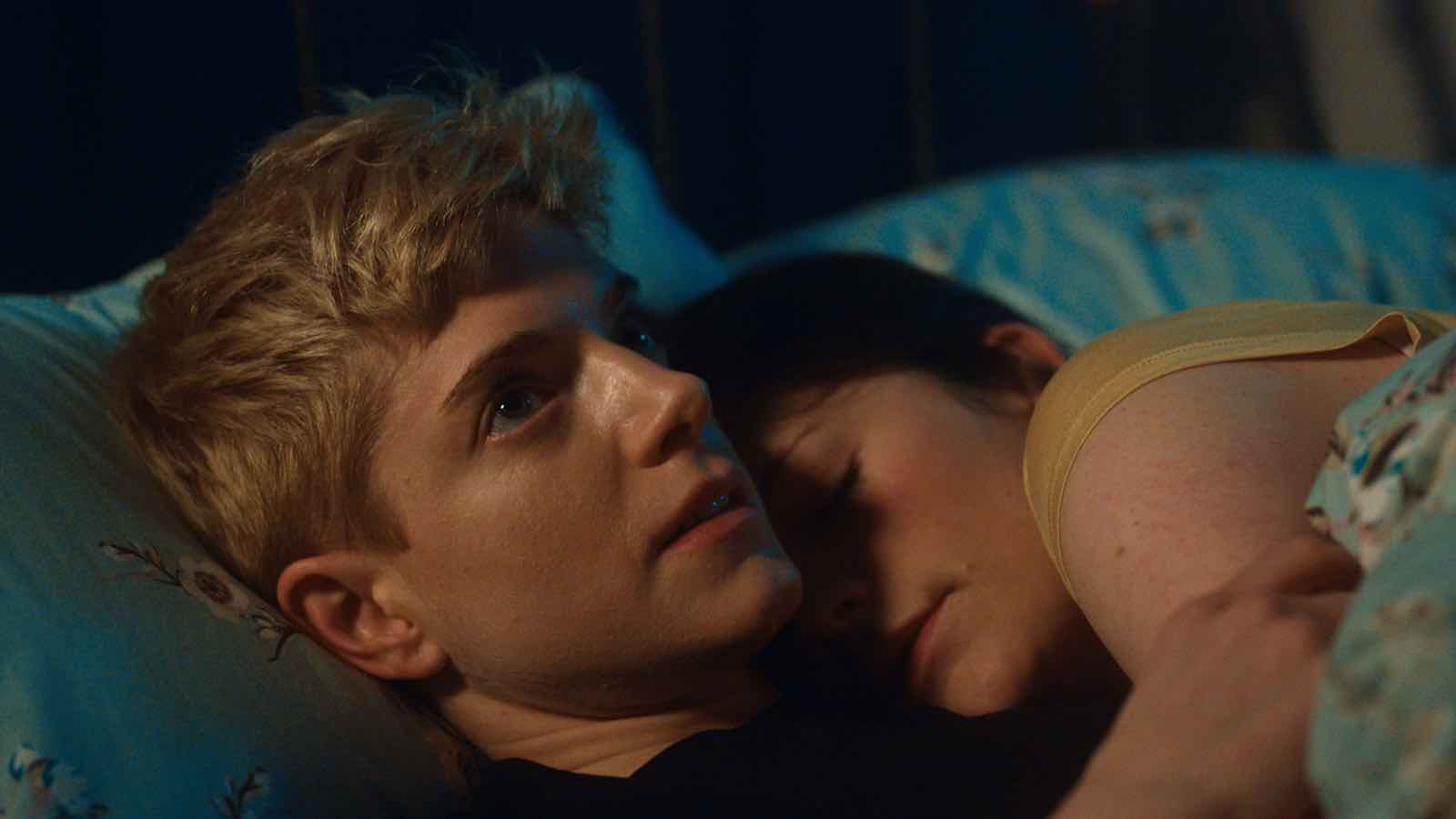 This semiautobiographical series hails from stand-up comic Mae Martin, best known for her work on Baroness Von Sketch Show and the podcast GrownUpLand. Feel Good follows a recovering addict and gay stand-up comic (Martin) who forms a relationship with a woman that is exploring her sexuality for the first time.

Netflix hasn’t been hardcore promoting this dramedy. Based on the trailer for Feel Good, however, we’re definitely feeling it.

The Letter for the King (March 20)

Netflix is really doubling down on finding that next Game of Thrones thing, huh? Well, this one seems to be a little more geared toward the young adult genre. The Letter for the King is described as a “coming of age” story that focuses on 16-year-old knight, Tiuri (Amir Wilson), who is tasked with delivering, well, a letter for the king. In order to do so, he must make a perilous journey across the Great Mountains.

The Letter for the King is based on the Dutch novel De brief voor de Koning by Tonke Dragt. 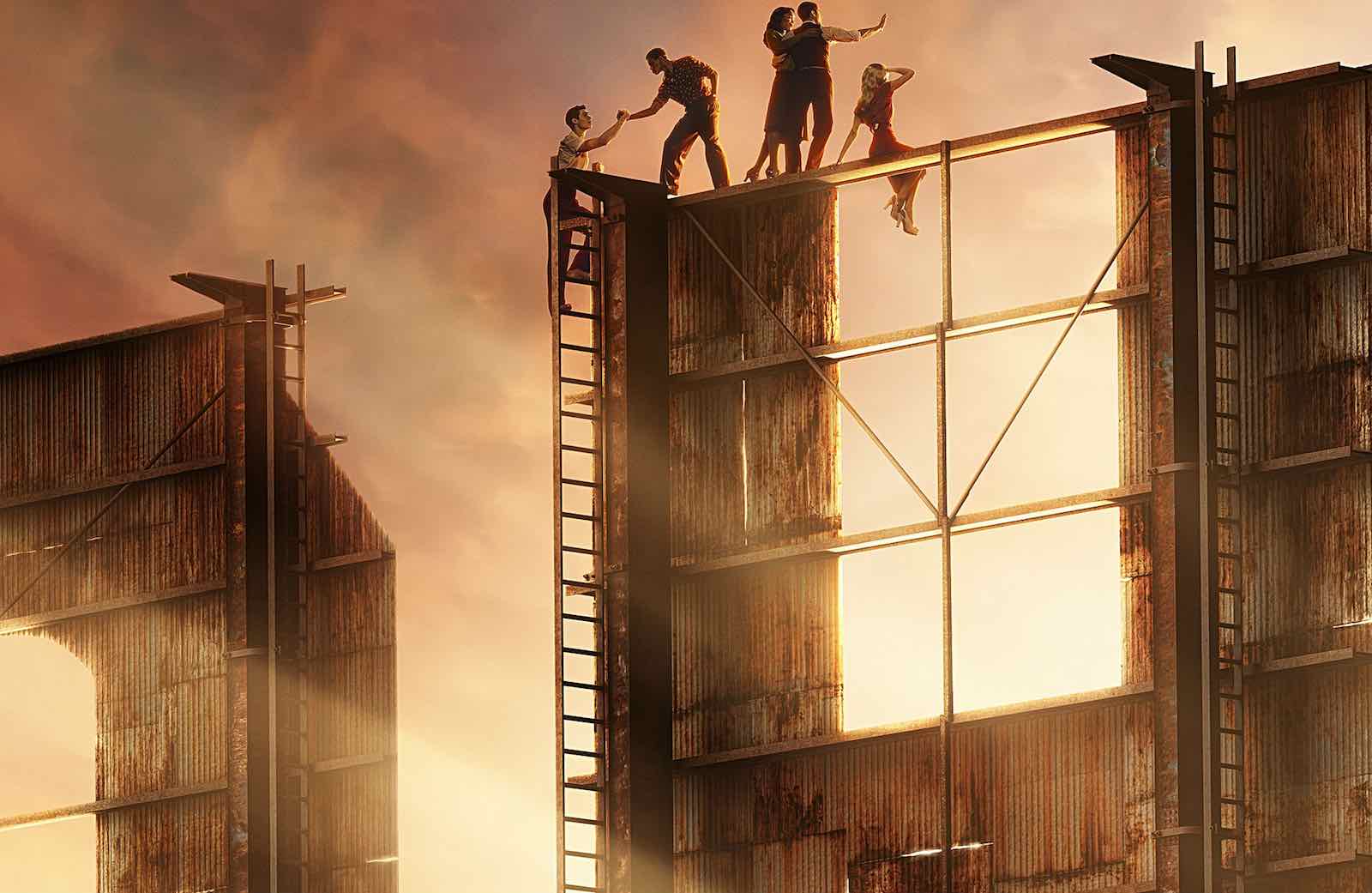 Ryan Murphy and Darren Criss back at it again, folks. Not much is known about the mysterious limited series Hollywood, except that it’s set in the Golden Age of Tinseltown (aka the 1940s).

The limited series is about those big dreamers who are trying to make it in a post-World War II Hollywood and the wild ride that it can be. 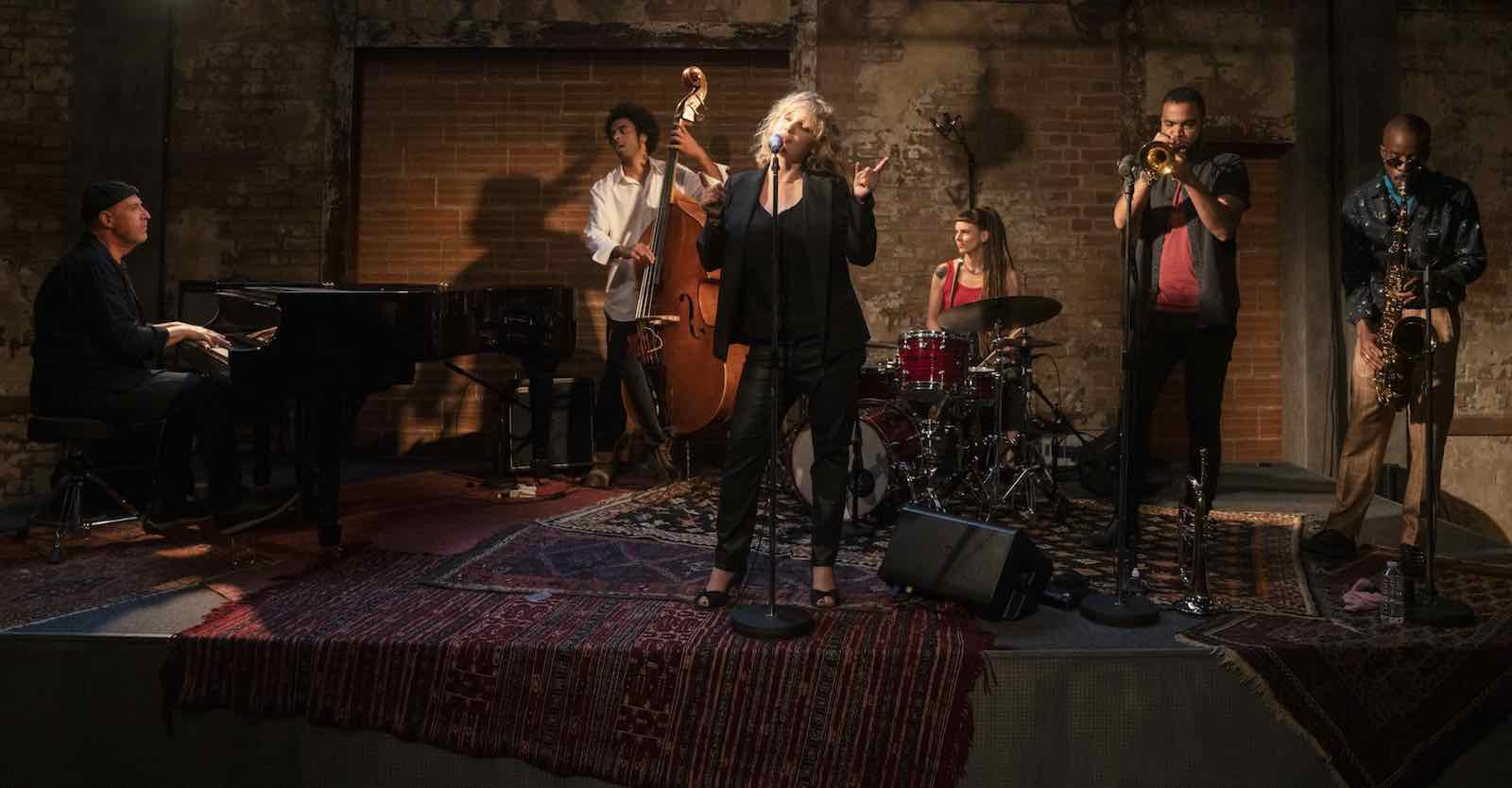 Set in Paris, The Eddy is a limited musical drama series hailing from La La Land director Damien Chazelle and His Dark Materials TV scribe Jack Thorne. It focuses on a jazz club that quickly finds itself in danger at the heart of the city. Details on the project are sparse, but it will feature original music and consists of eight episodes. 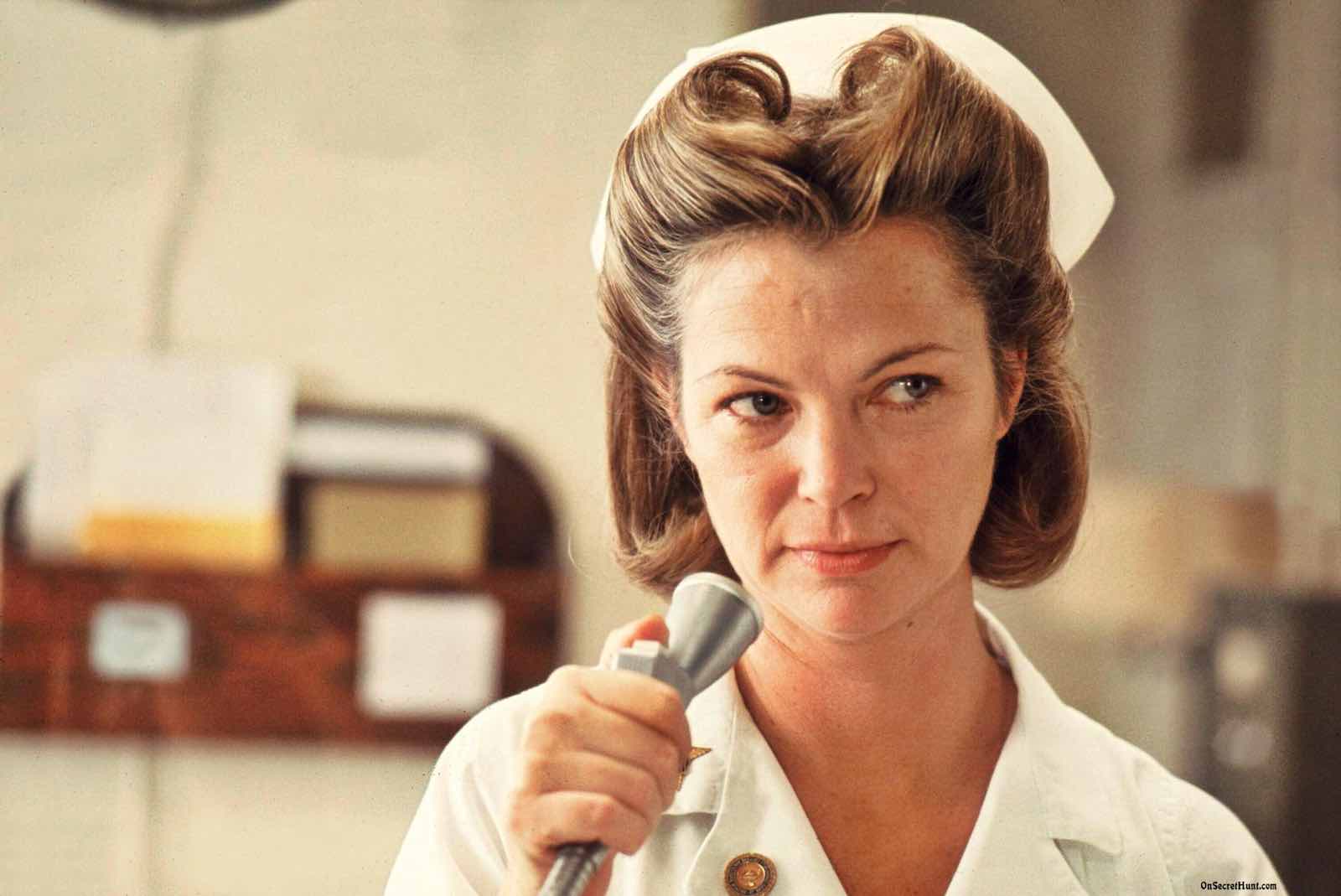 Another series from the Ryan Murphy Netflix deal, but this one definitely has our interest high. Sarah Paulson steps into the shoes of one of the most famous bad nurses in all of pop culture: Nurse Ratched from One Flew Over the Cuckoo’s Nest.

The series will track Ratched’s murderous progress through the mid-20th century mental health care system, which was not the best to begin with before she came along. 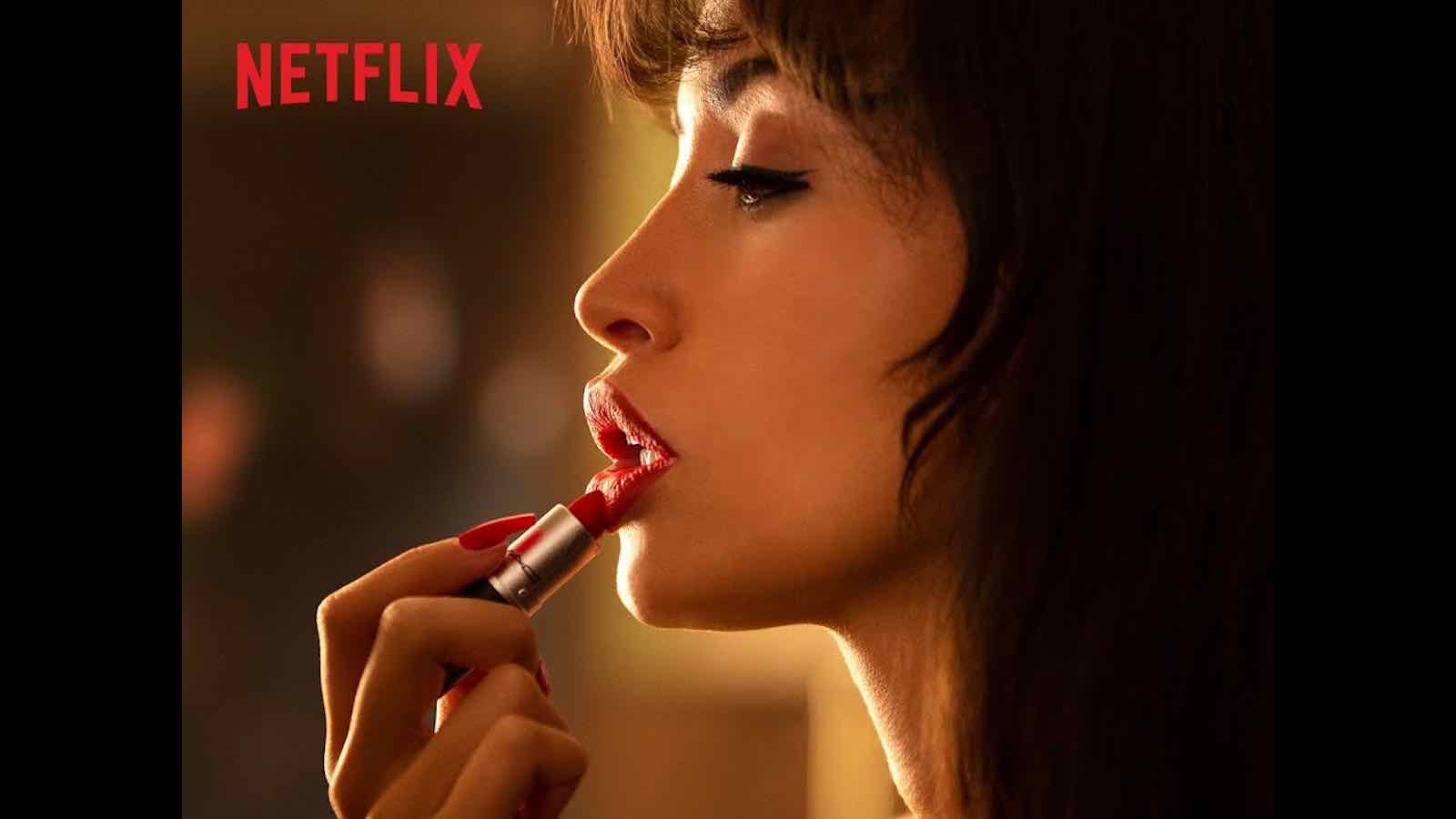 This autobiographical series definitely has all eyes firmly on it. Following the life of famed Tejano superstar Selena, Selena: The Series focuses on her meteoric rise to superstardom.

Christian Serratos, best known for her work on The Walking Dead, seemed utterly transformed into the singer when Netflix released a teaser a couple of months back. So excitement for Selena: The Series is high.

Ricardo Chavira, Gabriel Chavira, Seidy López, and Noemi Gonzalez will also star. Part One of the series will consist of six episodes. 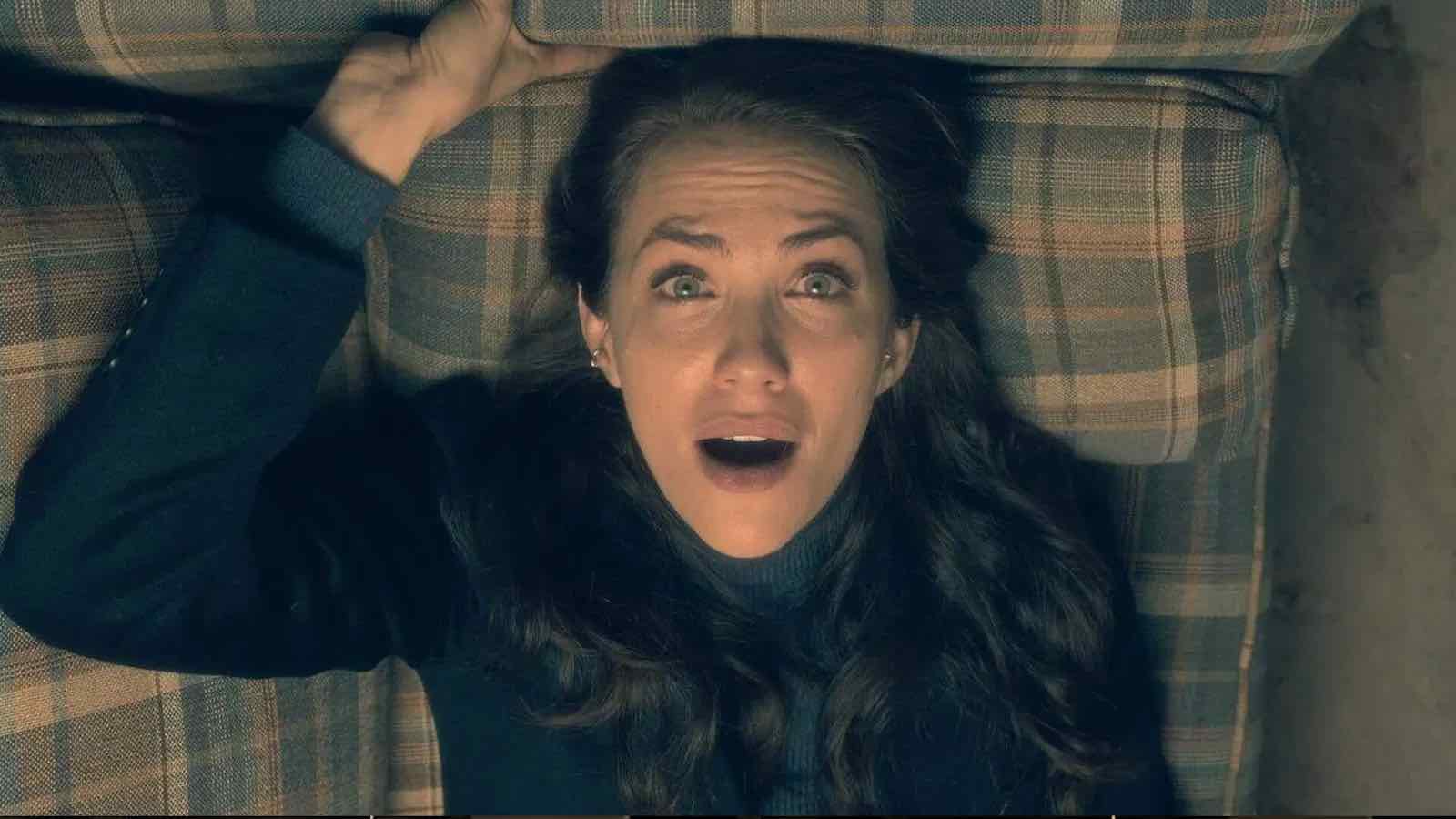 We’re not sure if The Haunting of Bly Manor counts as its own separate entity as it’s the follow-up (sort of) to The Haunting of Hill House. Luckily, Mike Flanagan has another series independent of the two with Midnight Mass.

The series takes place on an isolated island community that experiences miraculous events and frightening omens following the arrival of a mysterious young priest.

Zach Gilford, Kate Siegel, and Hammish Linklater will star in the series, which will have seven episodes. Production on the series is set to begin in Spring 2020 so maybe an end of year release? 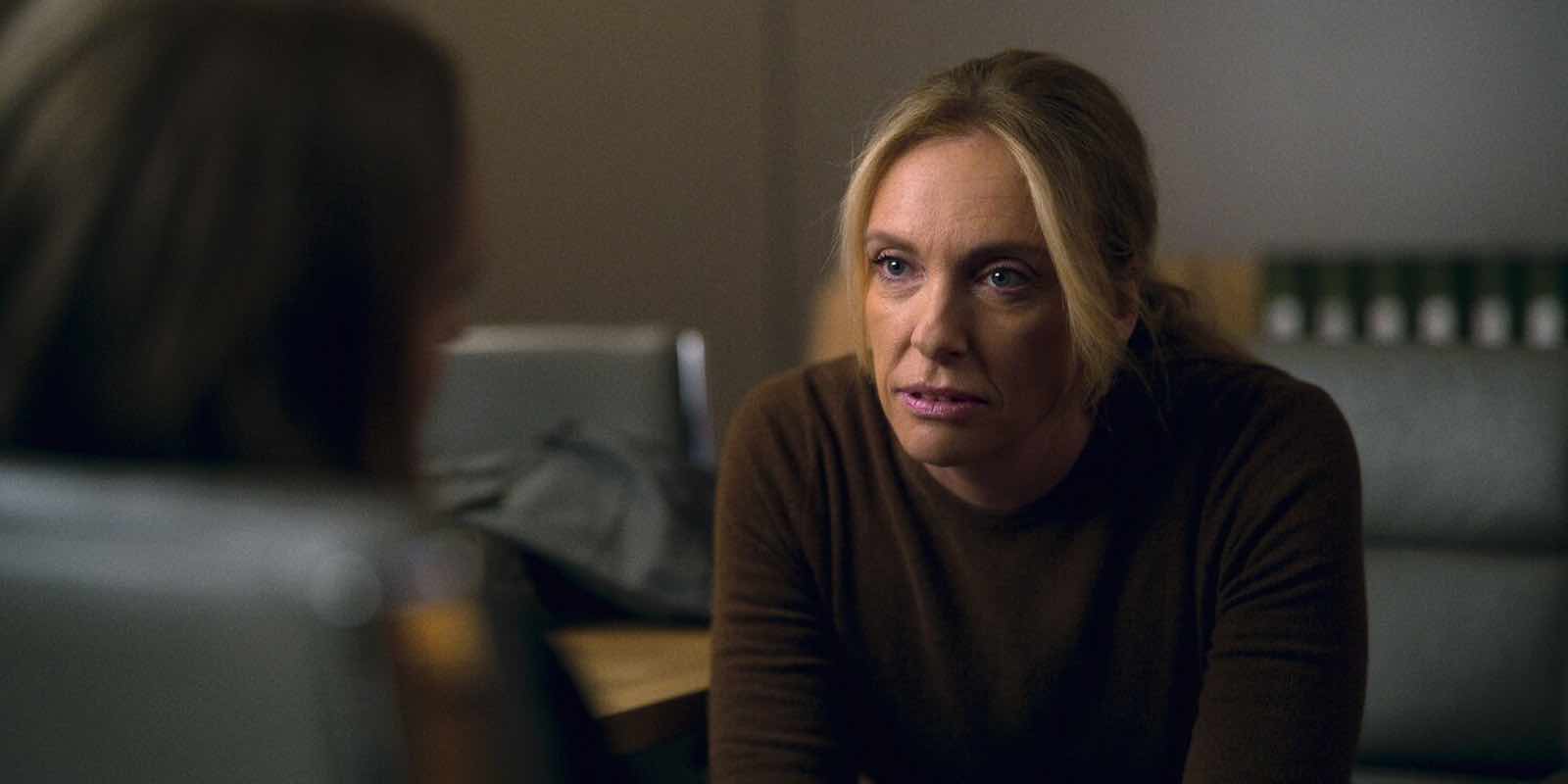 Starring Toni Collette, Pieces of Her is based on the 2018 novel of the same name by Karin Slaughter. During a mass shooting at a diner, Andrea sees her mother Laura (Collette) violently take out the shooter with ease. Disturbed by the change in her mother, Andrea begins to unravel her mother’s secrets as her familial identity takes a new turn and those from her mother’s past show up.

No other cast has been announced yet, but Netflix plans to have the series released in the back half of 2020.