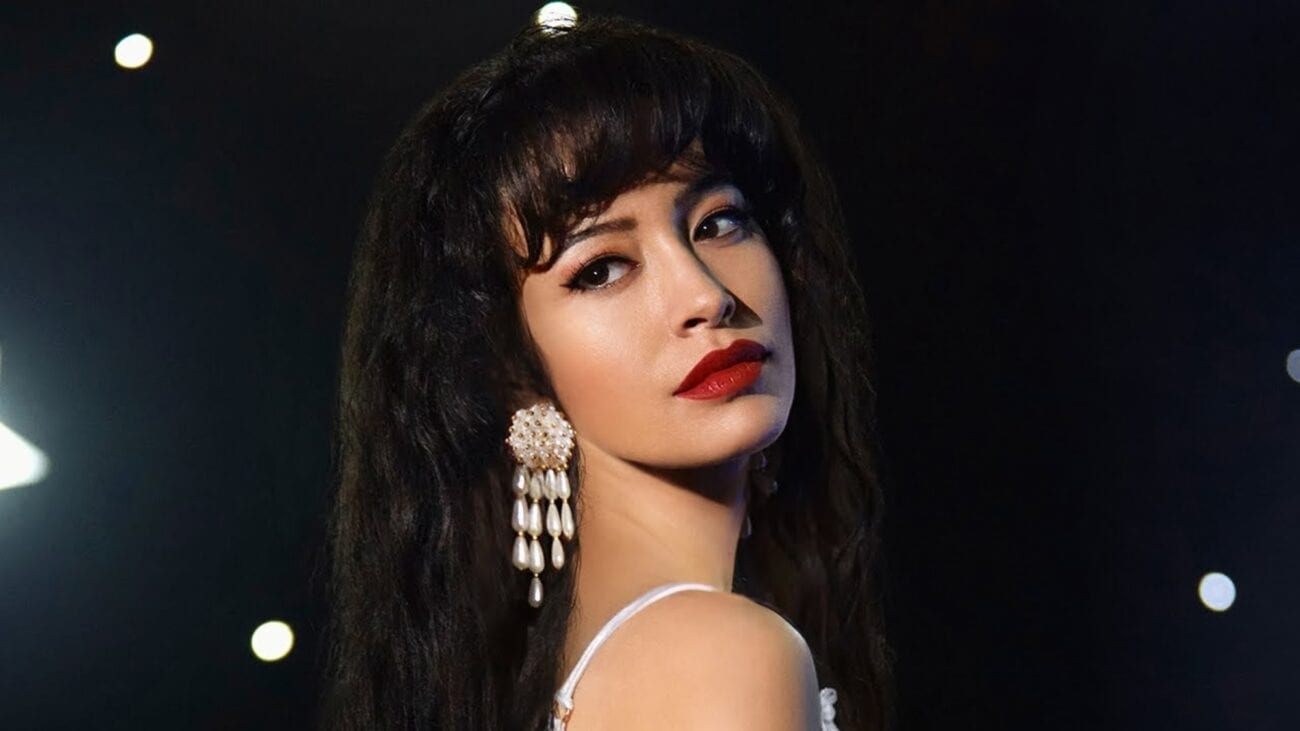 Netflix’s ‘Selena: The Series’: The scenes fans are already excited about

Netflix’s Selena: The Series has brought back the latin pop queen! The latest series explores Selena’s life before she became the gorgeous singer we know about today. Selena: The Series presents her childhood challenges, family life on the road and much more. Let’s take a dive into the latest customized docuseries.

It has been twenty-five years since Selena Quintanilla-Pérez suffered a tragic death in March 1995. Via Marie Claire, Selena was only twenty-three years old when she was shot by Yolanda Saldivar. Saldivar was close with Selena and was the “creator and president of her fan club and the manager of Selena Etc. boutiques.”

Although there are many adaptations of Selena Quintanilla-Pérez’s life, this Netflix series focuses on how Selena became the Tejano star alongside her family. Selena was globally known as a solo artist, so fans are eager to find out who taught her to dance, who helped her learn to sing and who gave her that gorgeous stage presence. 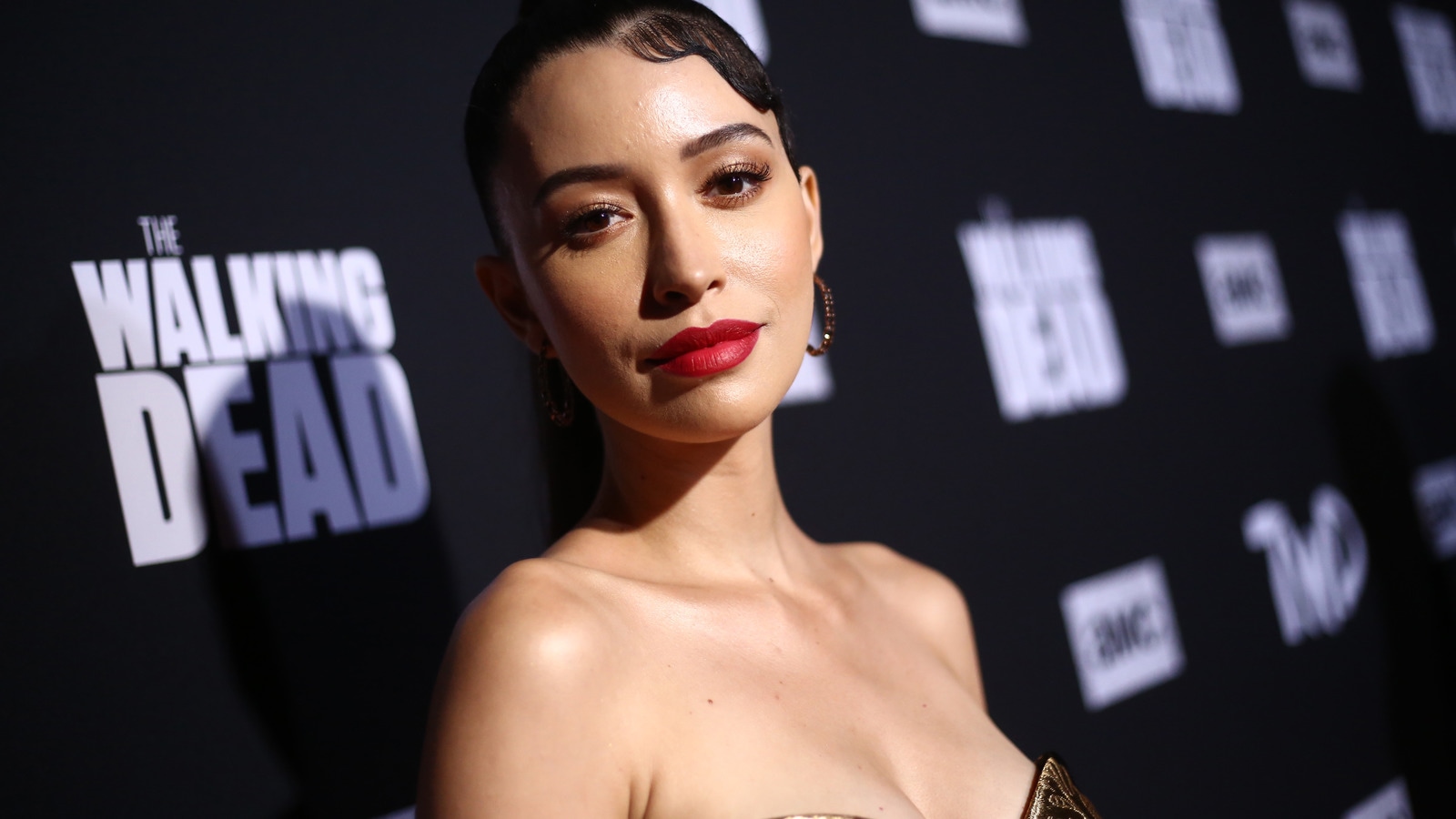 Selena Quintanilla-Pérez is played by Mexican-Italian actress Christian Serratos. According to Billboard, Serratos was born in California and is most famously known for her roles in The Walking Dead & Twilight. Christian Serratos was also a child actress as she had a role in Nickelodeon’s Ned’s Declassified School Survival Guide.

The teaser trailer for Selena: The Series drew attention to Selena’s family. Billboard reported the late singer’s family have worked hard to depict Selena in the best light. Netflix posted the teaser trailer back in December 2018 with the caption, “@selena_netflix was developed alongside, and will be executive produced by, The Quintanilla family.” 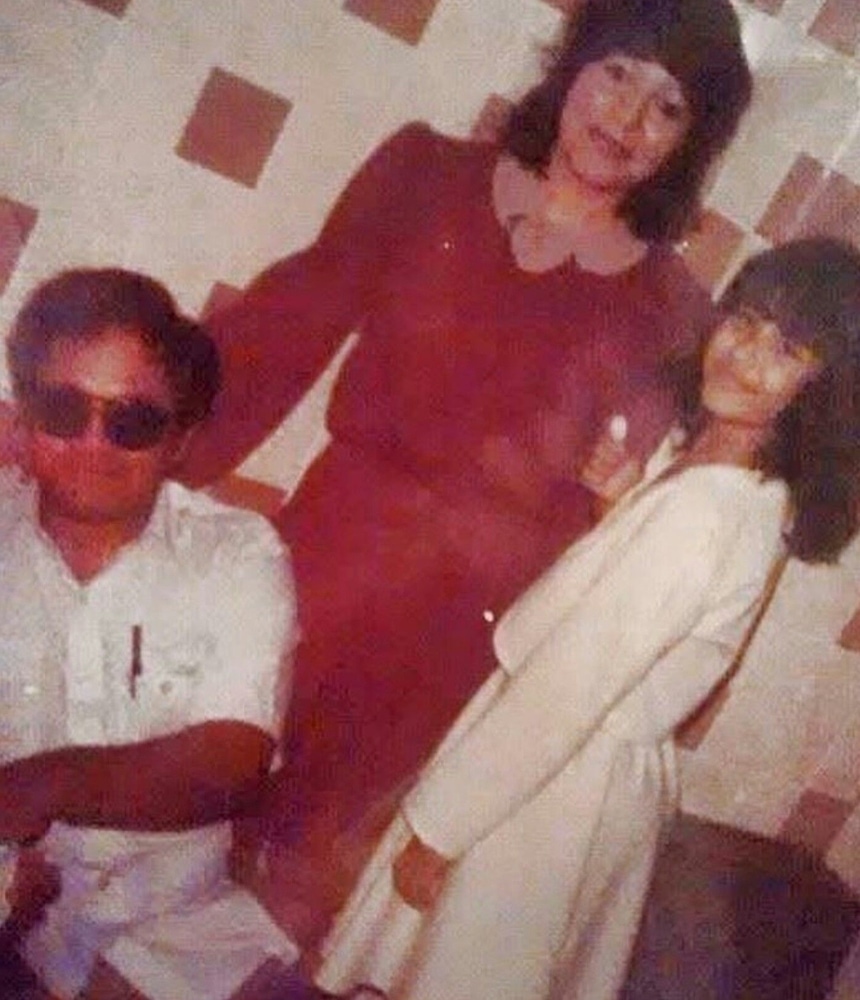 Selena’s parents Abraham & Marcella Quintanilla worked alongside their children, A.B & Suzette Quintanilla, to make sure every character was depicted perfectly, including Selena’s husband, Chris Pérez (Jesse Posey). Posey will play the intense guitarist who swept Selena off of her feet.

According to The New York Times, the series’s co-executive producer & Selena’s sister Suzette Quintanilla claimed the series might not be completely accurate but it’s the closest thing. Suzette stated: “This is not a documentary. It’s sprinkled with a little bit of glitter.” 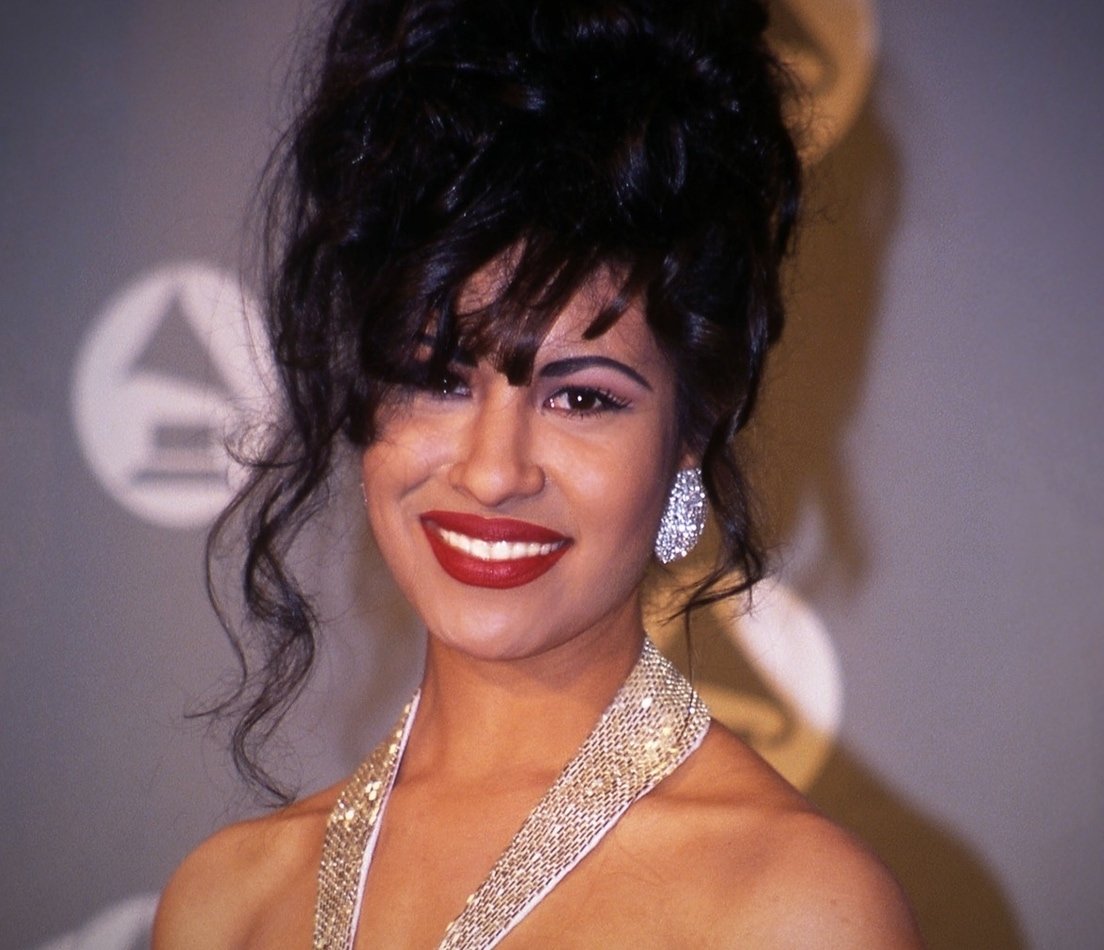 Selena Quintanilla-Pérez was born in Lake Jackson, Texas in 1971. Selena: The Series takes us to the early 1980s when Selena began singing with her family in Corpus Christi. The series shows the entire Quintanilla family performing at their family restaurant as the musical act Selena y Los Dinos.

The Quintanilla family band also debuted their first album in 1984 until their big break in 1989. The New York Times reported the family signed a record label with EMI Latin in 1989 but this fell short when Selena left her family to marry Chris Pérez. 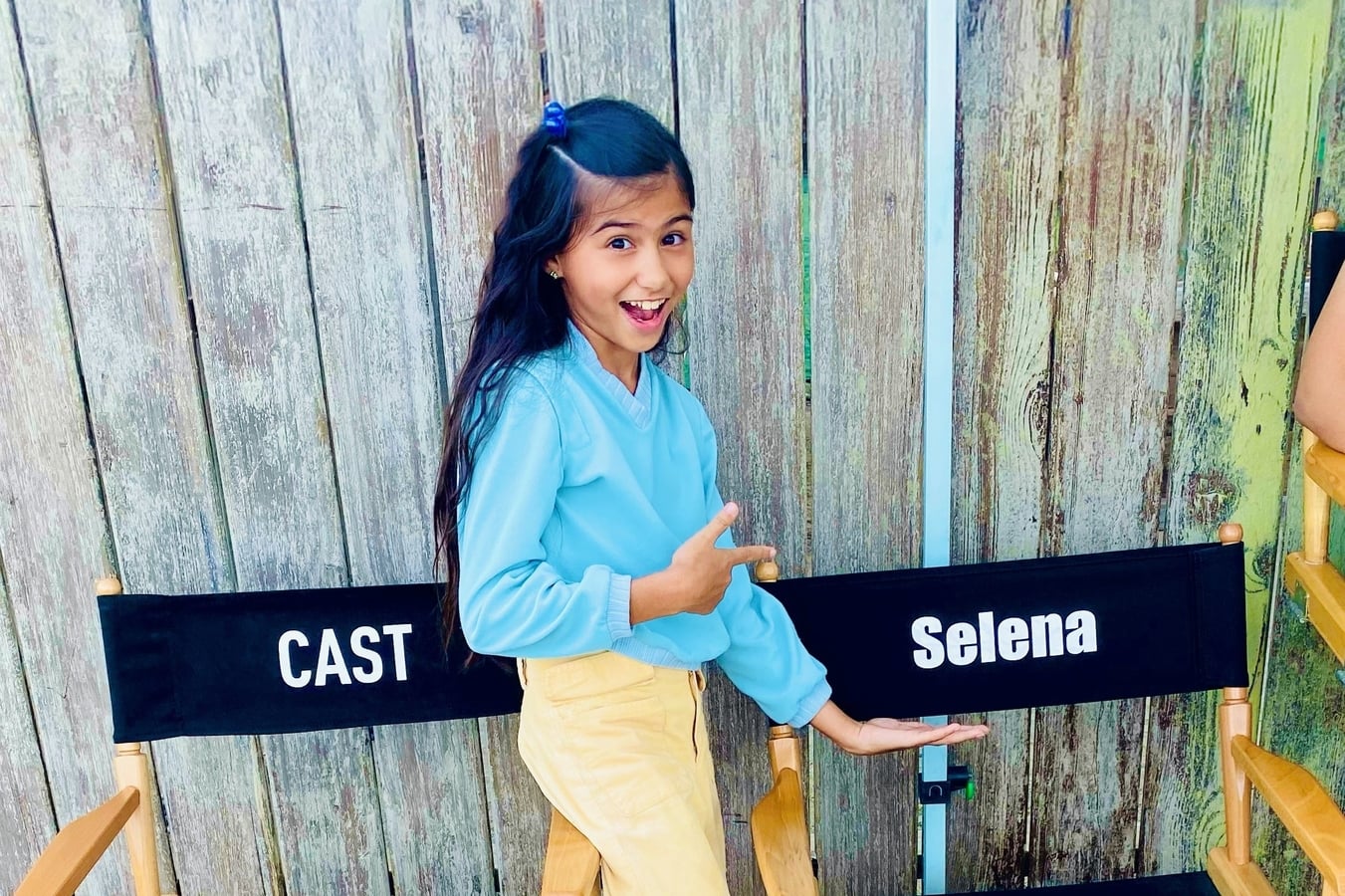 Oprah Magazine reported Christian Serratos doesn’t sing as Selena Quintanilla-Pérez in the Netflix series, but another version of Selena does. Madison Taylor Baez plays Selena at nine-years old throughout the series’s six episodes.

Fans get a chance to listen to Madison’s charming voice and imagine how beautiful Selena’s voice at the age of nine must have been. Madison Taylor Baez told E!News, “I love to share my voice with the world and make other people feel happy”. 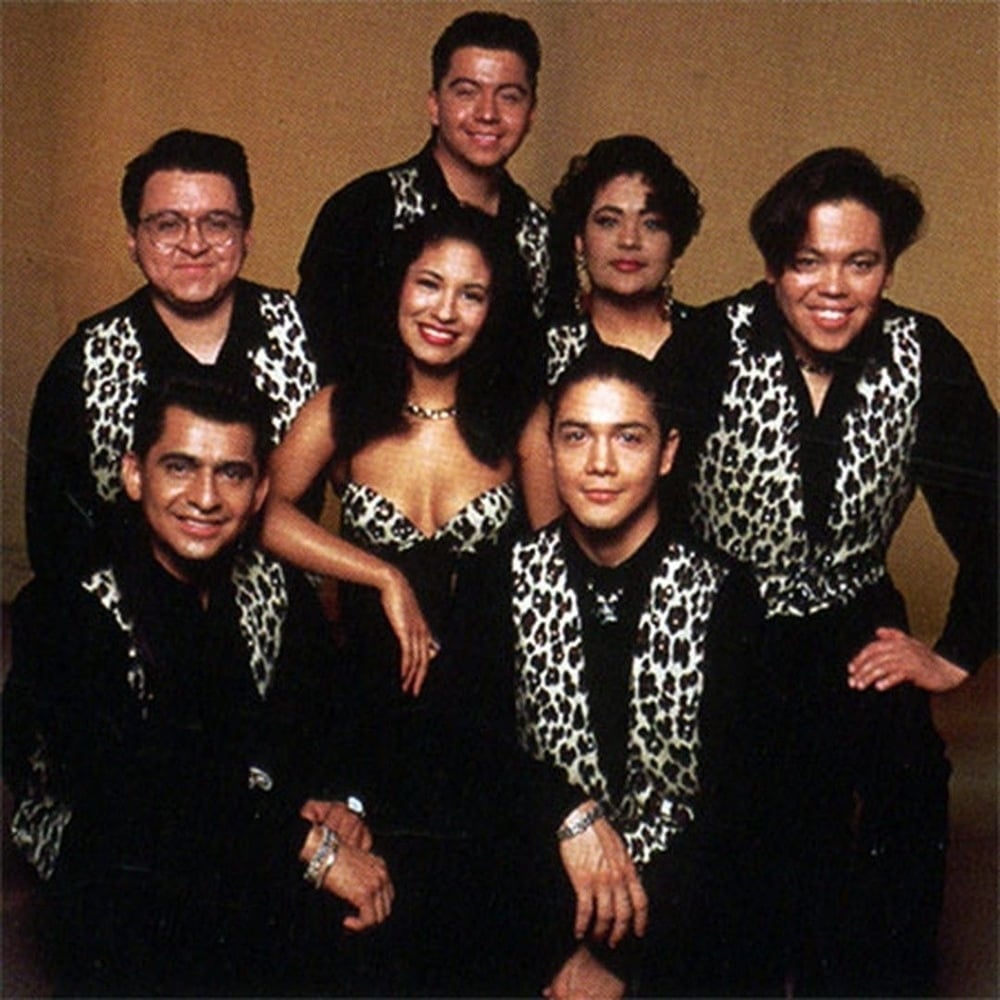 According to ET, Selena Quintanilla-Pérez’s sister Suzette Quintanilla cried when watching a scene between her father & her siblings. The scene portrayed Suzette’s memories of her & her siblings sitting in awe while watching their father play an instrument beautifully. The young siblings are A.B (Juan Martinez), Suzette (Daniela Estrada) and Selena (Madison Taylor Baez).

Suzette Quintanilla explained the scene: “He’s trying to train our ear, and it was pretty on point”. Suzette also expressed her love for the scene. “It made me cry because it just felt good seeing that scene because it was almost exactly how they portrayed it”.

Suzette Quintanilla hasn’t revealed all the other scenes that made her cry but we definitely cannot wait to see for ourselves. Netflix’s Selena: The Series was released on Netflix December 4th.