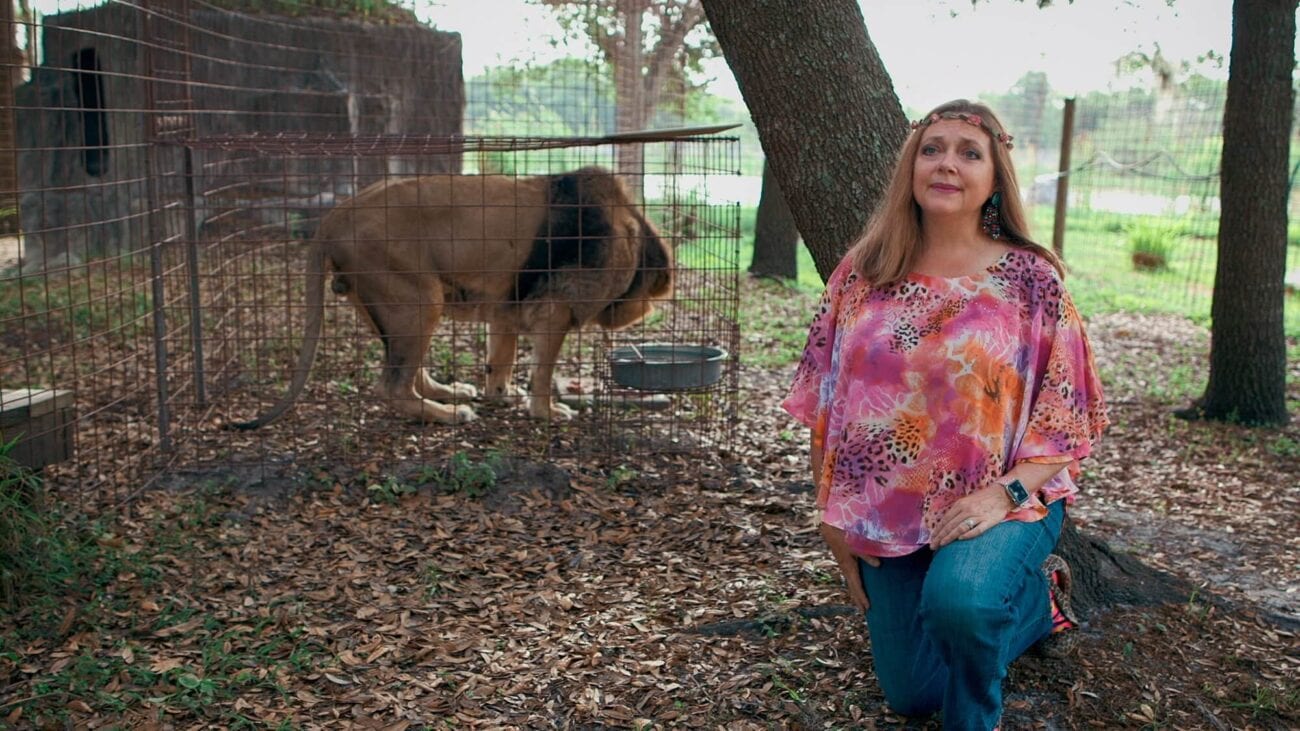 Ask Carole Baskin anything – except about her dead husband

Ever since it was released, Netflix’s Tiger King has kept the internet on tenterhooks. For starters, it was a train wreck of a portrayal of the feud between zoo operator Joe Exotic & Big Cat Rescue CEO Carole Baskin.

The outlandish docudrama about big cat owners has resulted in a domino of controversies. Here’s how the story unfolds: Joe Exotic dealt in black market animals & was arrested for animal abuse at the zoo that he operated. He also happens to be a convicted felon on two counts of murder for hire, in addition to being a part of a plot to kill Carole Baskin.

But the oddities of Tiger King do not end here. The wild part of this story is the reason behind this attempted murder. One of the most fiery of these controversies stirred by this documentary is the alleged murder of Carole Baskin’s husband. Rumor has it she fed her husband to the tigers at the sanctuary she owned & operated. Wait, what? 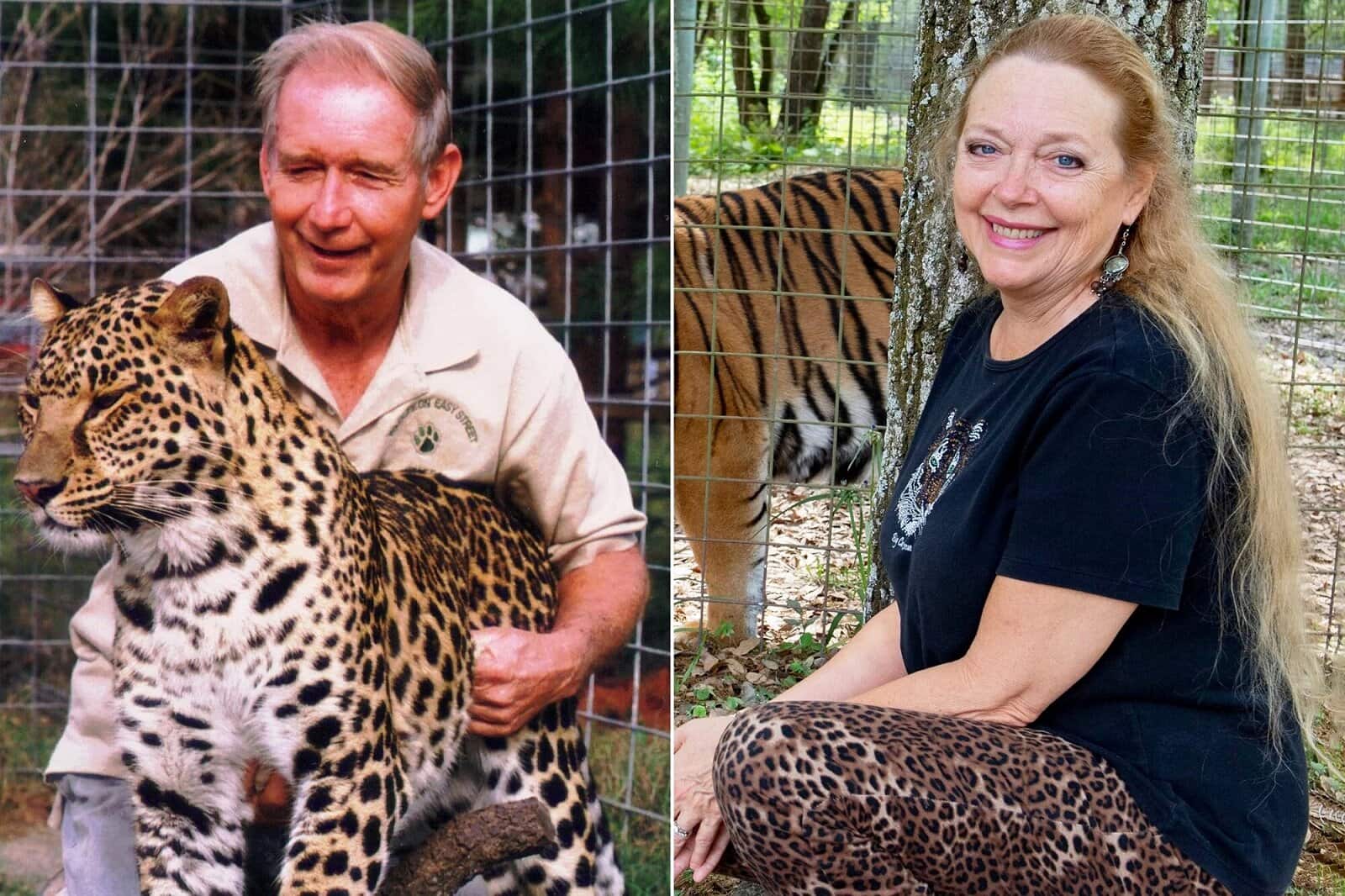 Let us rewind a bit. Baskin had been in an active conflict with Exotic over animal abuse. That was reason enough to irk Exotic & drive him angry enough to the edge that he schemed to get her killed. But, in the meantime, the battlefield saw another twist.

Lewis allegedly explained in the filing that Baskin was threatening to kill him if he didn’t leave the home. He had made his intentions to divorce her very clear. He had also expressed his wish to move to Costa Rica. Then, suddenly one day, he disappeared. 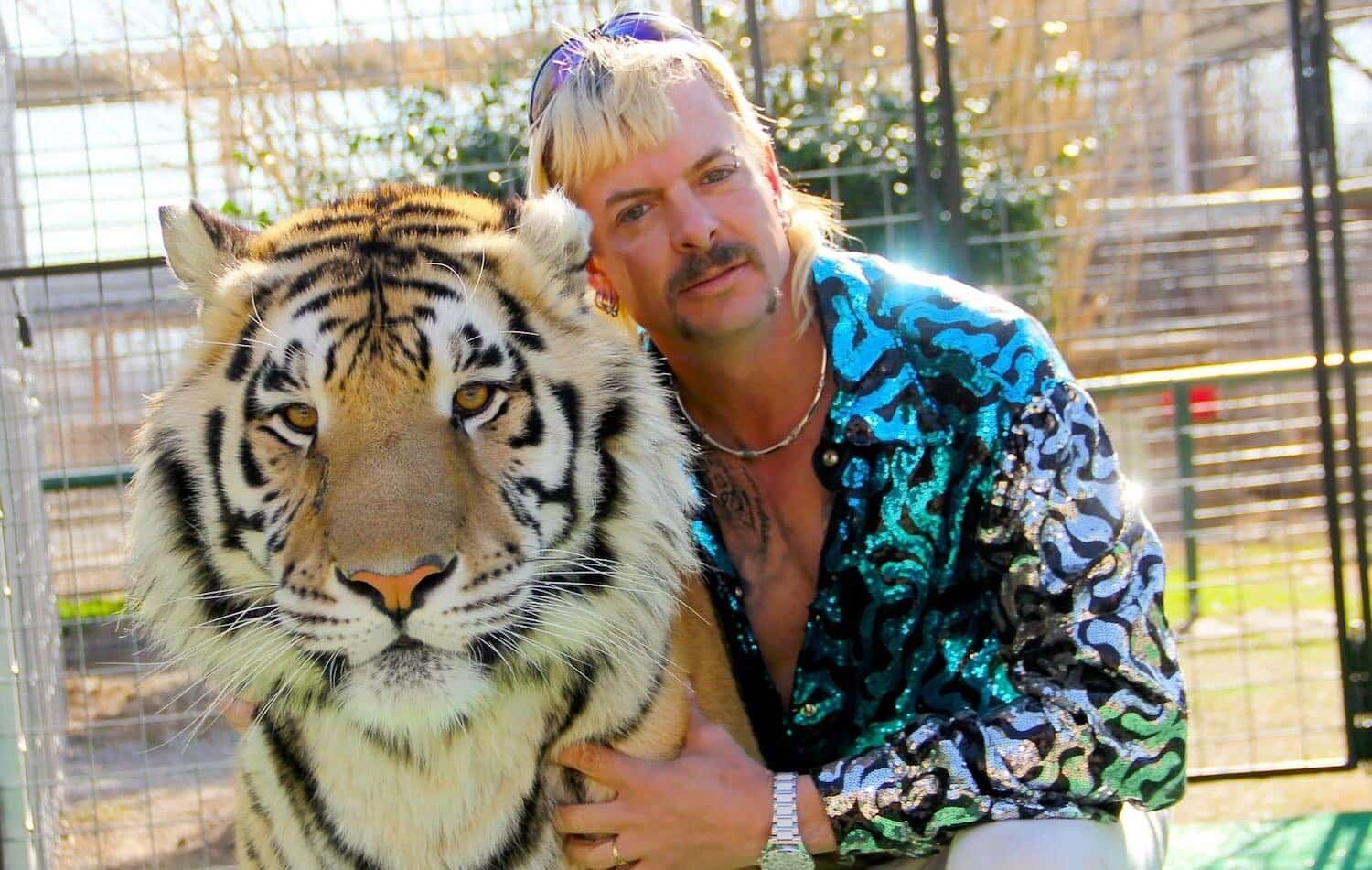 With the release of Tiger King, the entire case has garnered renewed interest. Carole Baskin has been basking in all the buzz being created around her. In one such stunt, the 59-year old raked in around $20,000 on Cameo, a video messaging app platform which allows users to pay celebrities to record & send personalised greetings or messages. Here’s more about it.

Baskin isn’t shying away from the doors this newfound fame – no matter how controversial – is opening for her. She set up a Cameo page with over nine samples of the kind of messages she can record & a call, “I’m happy to record any kind of greeting for a birthday or anniversary or any kind of encouraging message to the animal lover in your life.” 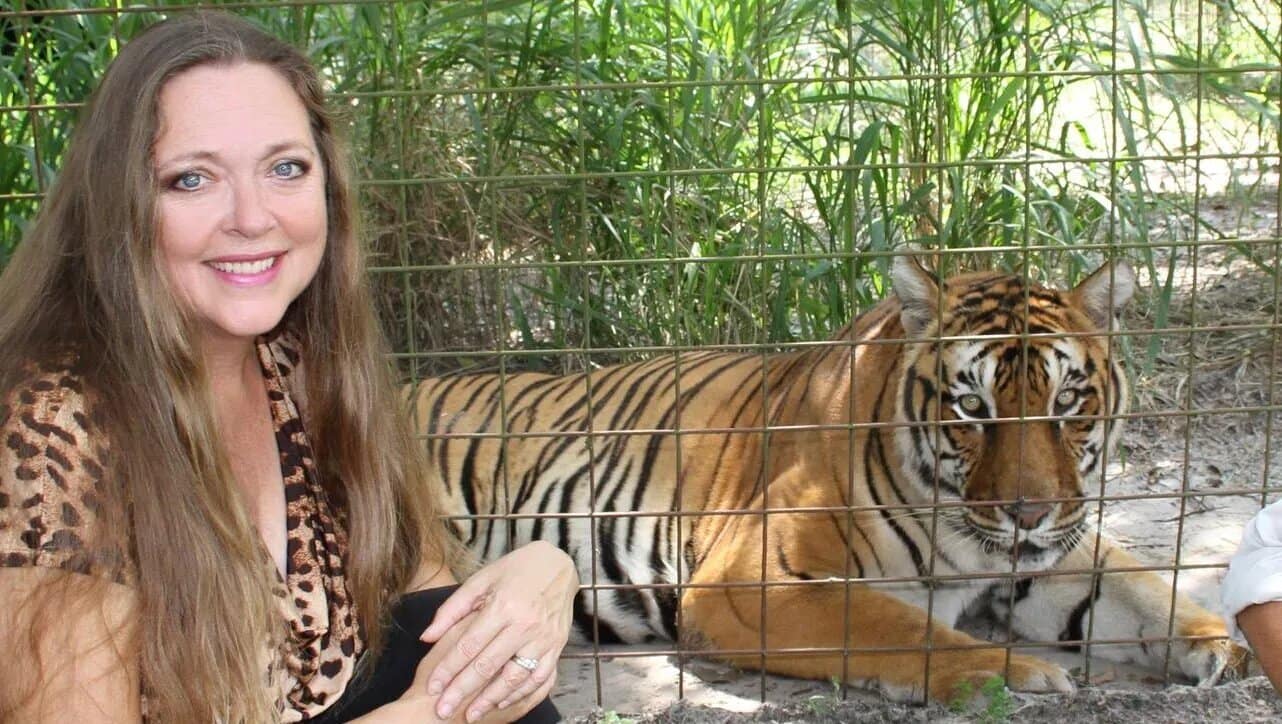 The fans can shelve over $199 for this service & Baskin promises to send a 30-second video message for the person they choose. Baskin has a flourishing profile too. With over fifty positive reviews from users, she implores the fans to visit her Big Cat Rescue website & donate.

If you ask us, it is a rather steep amount when Caroline Manzo from The Real Housewives has a rate of $60, but as long as there are takers, Baskin has nothing to worry about. 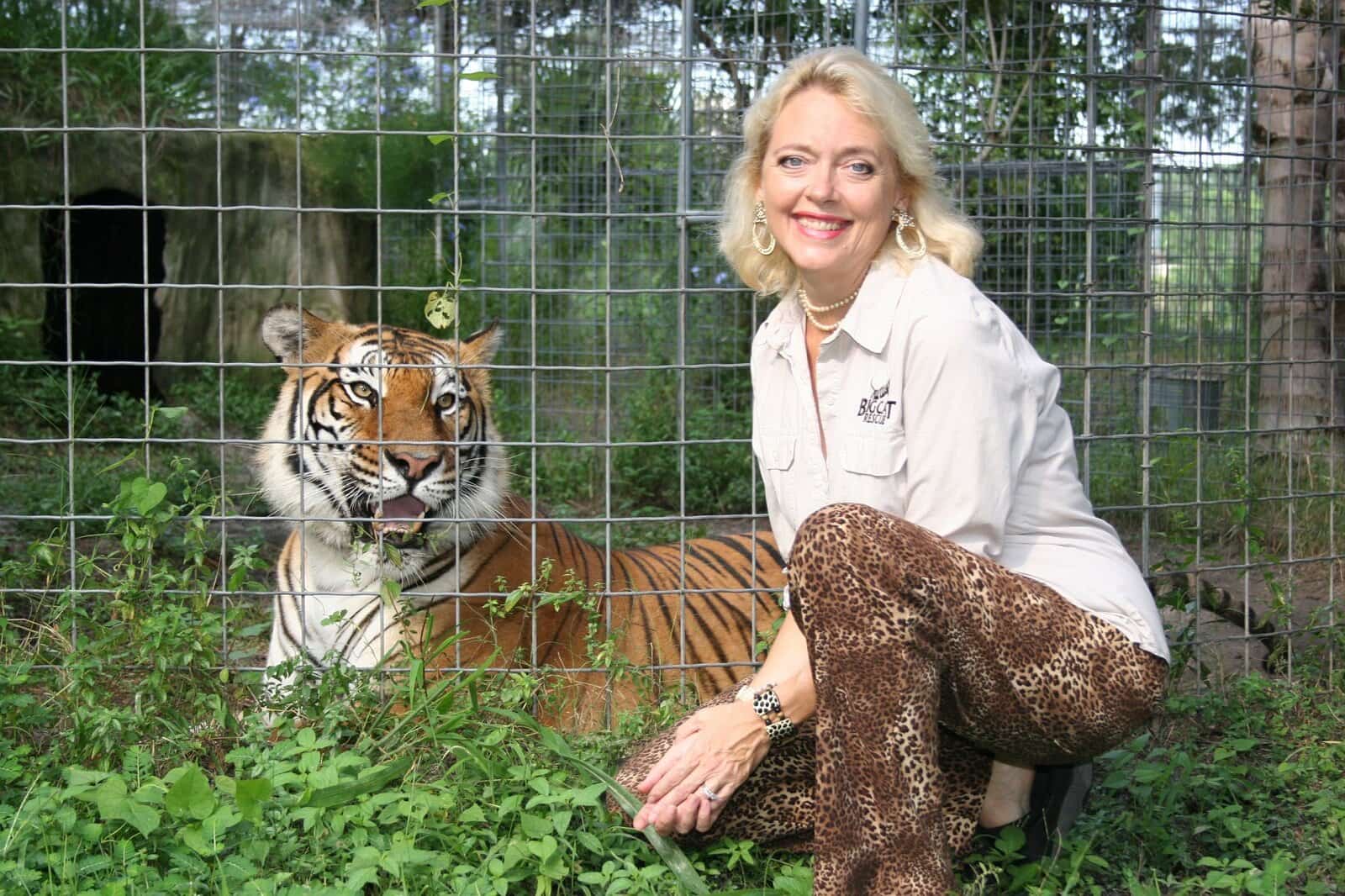 More fame in the pipeline

The fame doesn’t seem to be going away anytime soon. The drama around Tiger King is not dying down – and Baskin is happy sending messages to her fans. To add more intrigue to the mix, her messages are very cryptic & loaded. She starts off by referring to her viewers as cats and kittens & the message takes a weird form as a rhyme.

It just goes on to prove that Carole Baskin will chat about anything – except her dead husband.