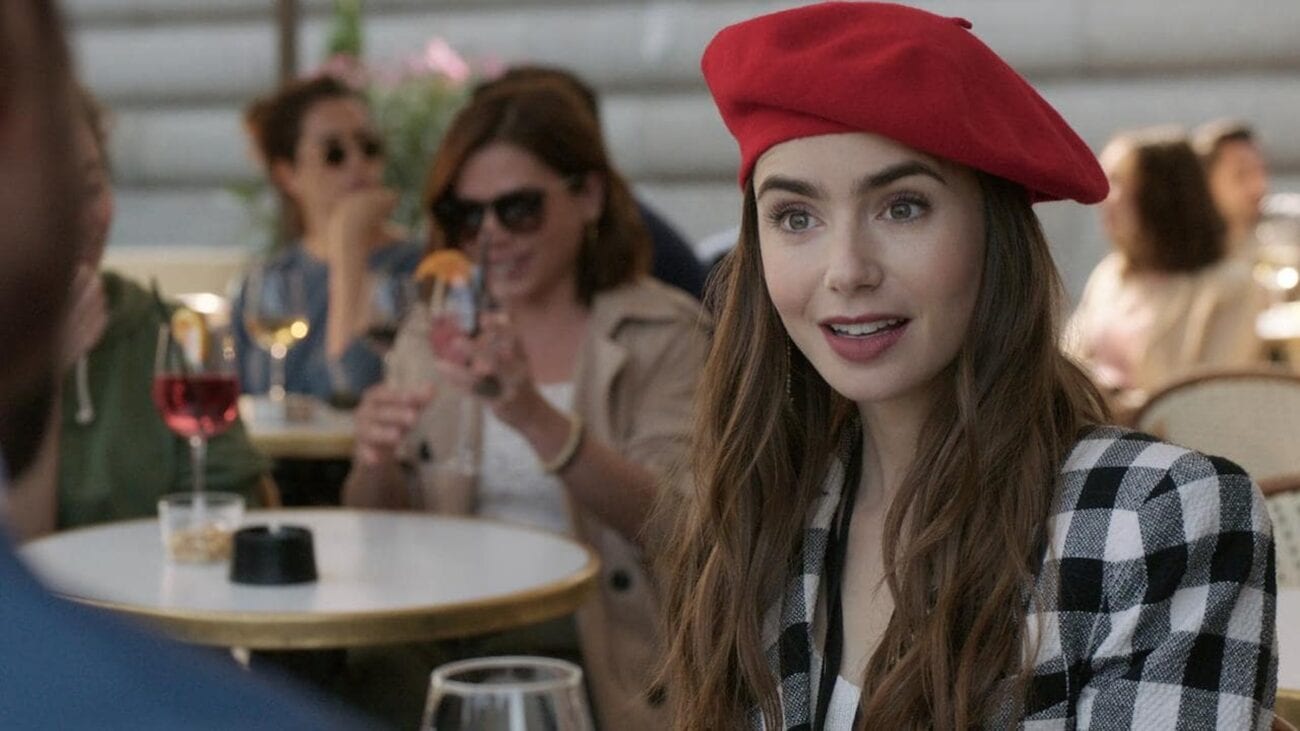 Why does ‘Emily in Paris’ want to be ‘Sex and the City’ so badly?

Are you a diehard Sex and the City fan looking for your next great escape? Look no further, Netflix’s Emily in Paris is just the right light, frothy fantasy trip to glamorous Paris you’re looking for – without all that messy reality to get in the way.

Sex and the City’s creator Darren Star has produced an alternate fantasy universe for his first millennial protagonist in Netflix’s new comedy series Emily in Paris. He has been fascinated by the generation for some time. Star thinks of Millennials not as a generation so much as a “state of mind”, he told Indiewire in 2015. In that interview, he compared Millennials to a foreign language, a system older generations “can learn to be fluent in”. 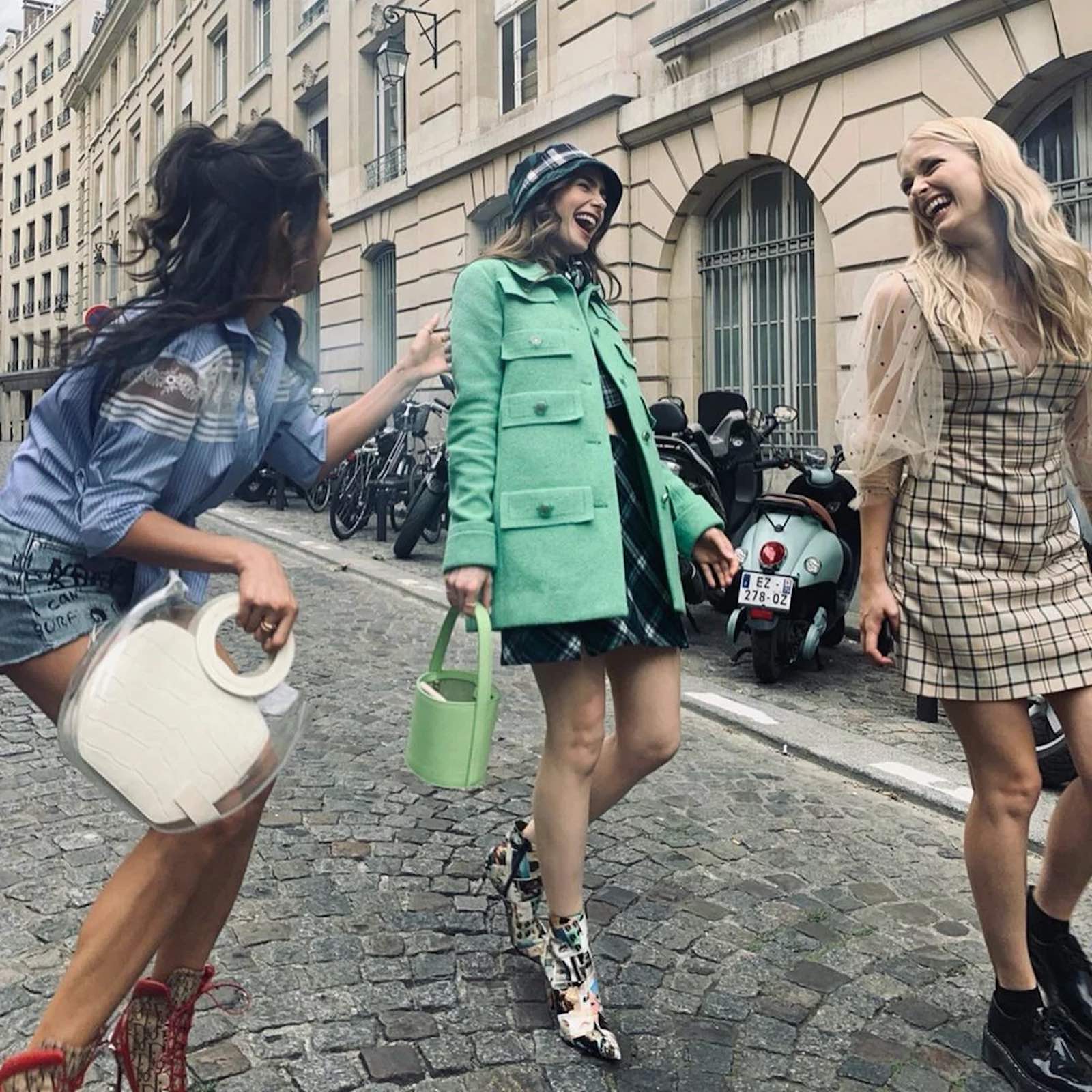 With Emily in Paris, Star takes that idea even further – being a millennial isn’t just a foreign language, but a fantasy. The ten-episode series portrays Emily, a marketing executive from Chicago, as a fish out of water not only because she’s an American who speaks zero French, but also because she’s an influencer whose life off camera mirrors the life she posts to her grid.

Lily Collins plays Emily, a clever but not exactly savvy twenty-something who leaves her native Chicago, and her boyfriend, to fill in for a newly pregnant coworker (Kate Walsh). Off Emily jets, speaking no French, terribly unprepared for the way French people are. Which, in the show’s estimation, is haughty & chauvinistic and ever lunching instead of working.

Collins’ heels clack along Emily in Paris’s cobblestones with poised assurance, selling Emily’s guilelessness and her workplace sagacity. She does so in high fashion, ornate outfits put together by Sex and the City mainstay clothier Patricia Field & costume designer Marylin Fitoussi. 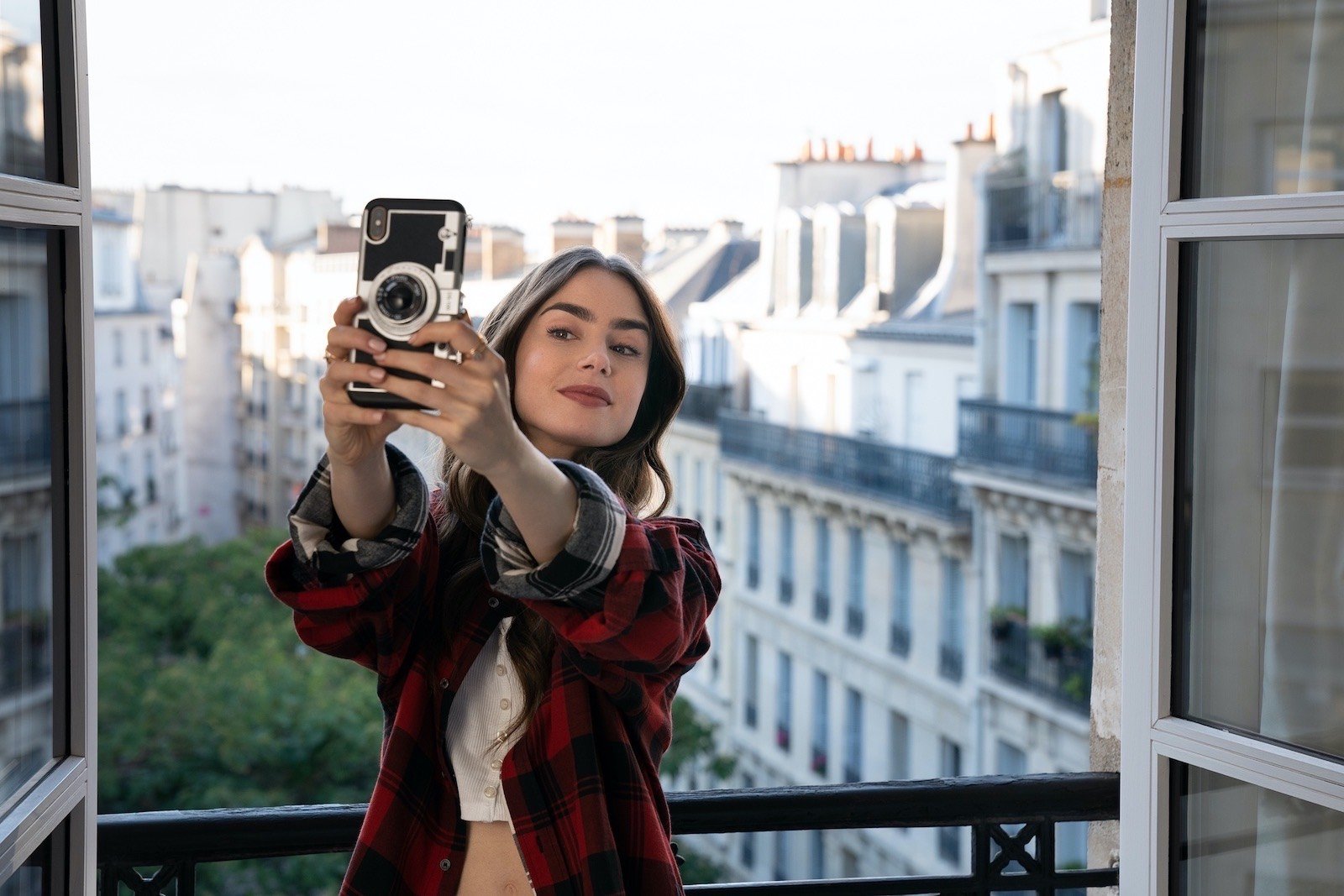 Sex and the City’s Carrie Bradshaw’s life was just as stylish & aspirational, but in it Star examined what Gen Xers faced when it came to relationships at the turn of the twenty-first century. However, Emily’s life barely resembles reality.

Star founded Sex and the City on Candace Bushnell’s insightful New York Observer columns on dating in Manhattan. But for Emily in Paris, he appears to have been inspired by a Francophile’s Pinterest board.

Emily in Paris has a pretty bent view of contemporary Parisians, so drenched in years of American stereotypes that it’s odd that Emily is shocked to find her new coworkers like this. All Parisians aren’t this way, of course, but so many movies & shows have told Americans that they are. So it’s pretty strange that Emily, in this boite á bijoux simulation of Earth, is so surprised to encounter these styles & customs. 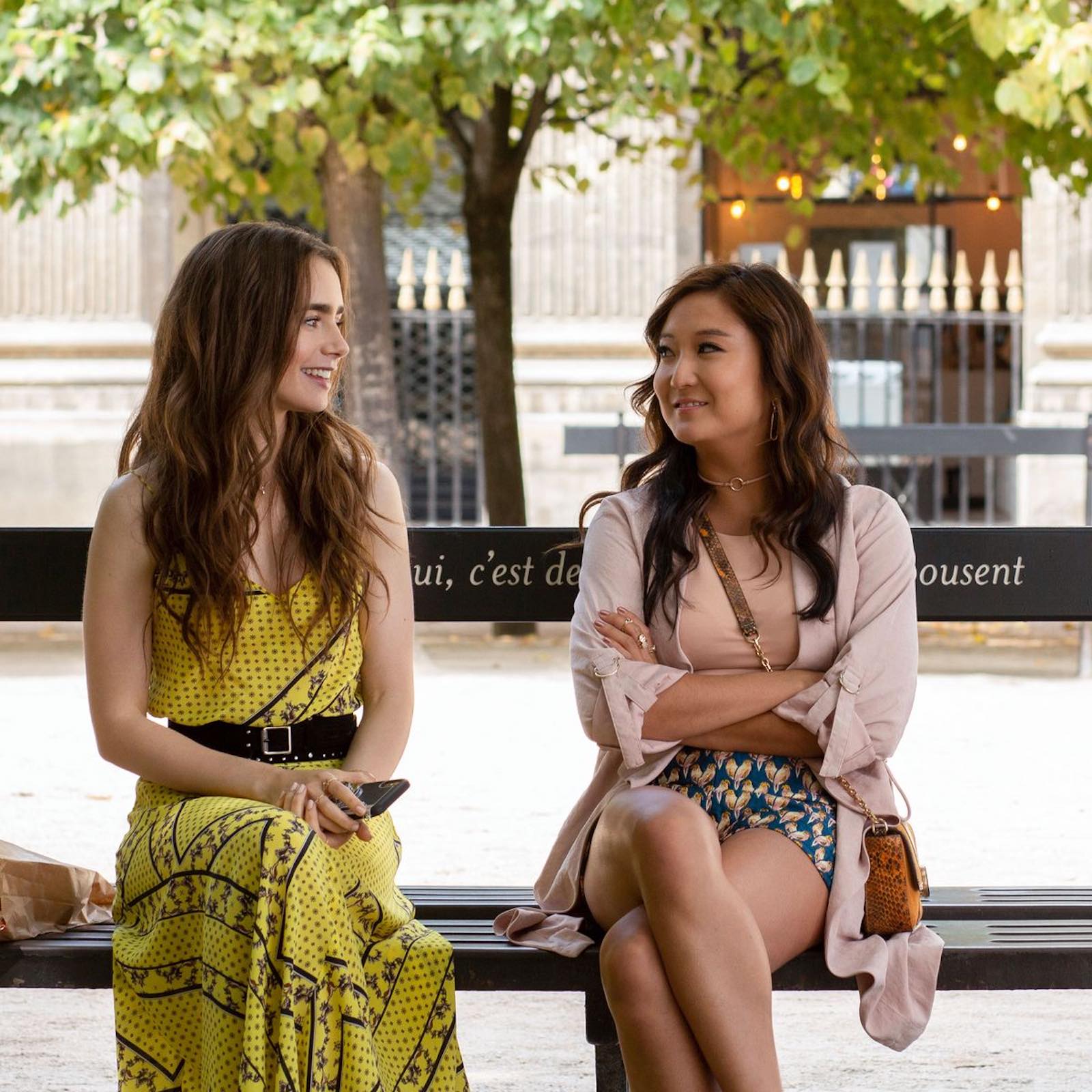 Emily in Paris, mixes multiple fantasies. There’s the fantasy of a perfectly maintained work-life balance. Emily never regrets having a job that affects her social life. The show represents her ability to find inspiration for pitches through her adventures around the city as her outsider superpower. She’s ambitious, but not in the 2014 girlboss way. Emily leaps at the opportunity to work abroad for a year, but doesn’t want to run the firm.

There’s also the fantasy of success without risk. In Emily in Paris the eponymous main character builds a following on Instagram, but at one point deletes and restarts the account without losing a single fan. And finally, there’s the fantasy of indifference. The millennial protagonists of other female-led shows actively deal with topical, social issues. Emily, though, doesn’t even use Twitter (gasp).

Emily in Paris treats every conflict with a breezy touch. Emily’s friend Mindy (Ashley Park) has money troubles and a difficult relationship with her Chinese family, but discussions about her finances and her heritage amount to little more than jokes. The finale, called “Cancel Couture”, isn’t about the source of its pun at all, but literally about Emily’s fashion-designer client deciding not to put on his show. 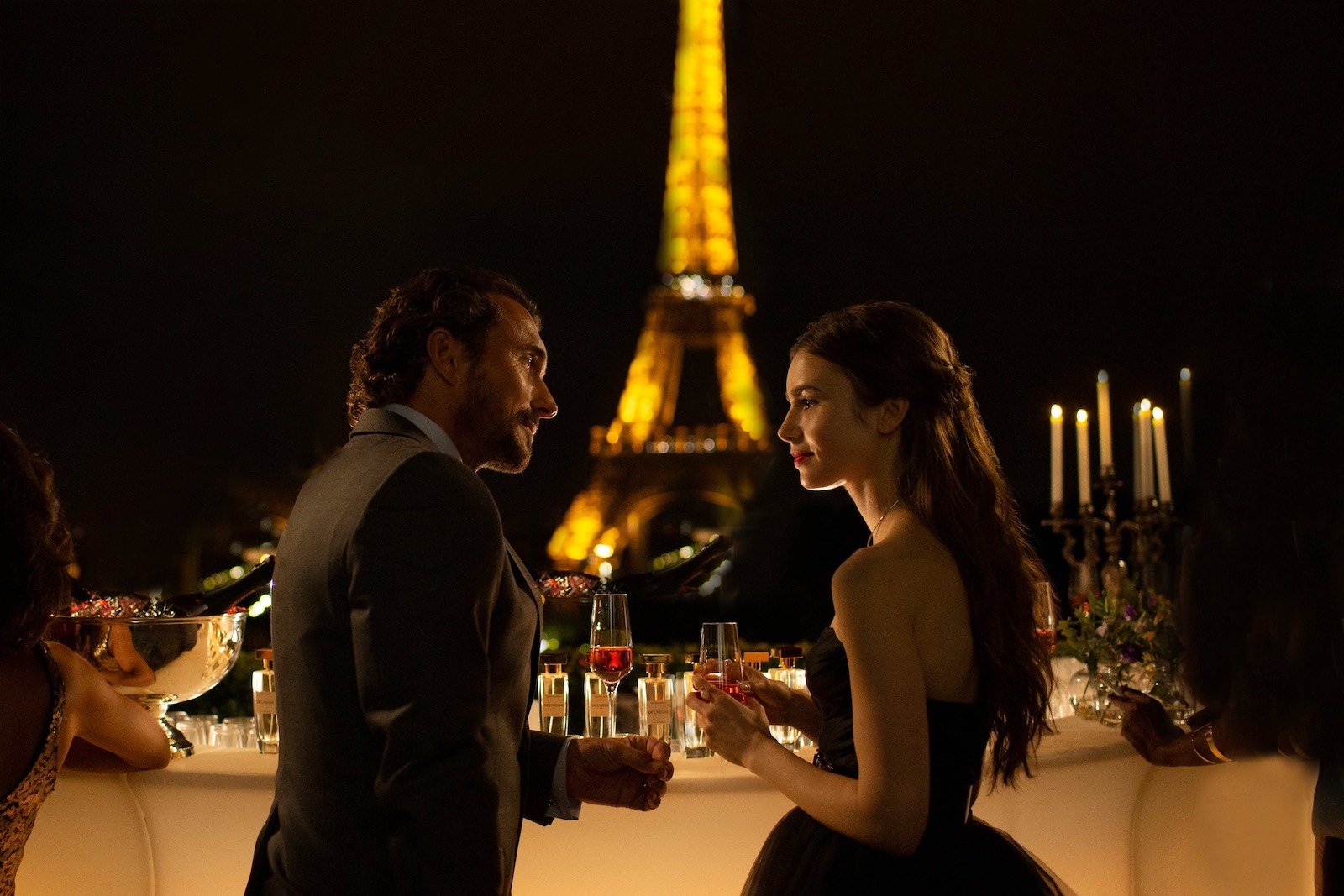 The point is, Emily in Paris goes down a treat if you can set aside the myriad things it does badly or, perhaps worse, fails to do at all. Anyone with a passing knowledge of how the city of Paris actually works in 2020 will find the show’s portrayal lacking, to say the least.

The way Emily values “fabulous-ity” and the selling of things over pretty much everything else is also not great for this particular time in human history. But if you can stand, or even want, some empty calories right now, Emily in Paris delivers the goods.

The French hate it, of course.