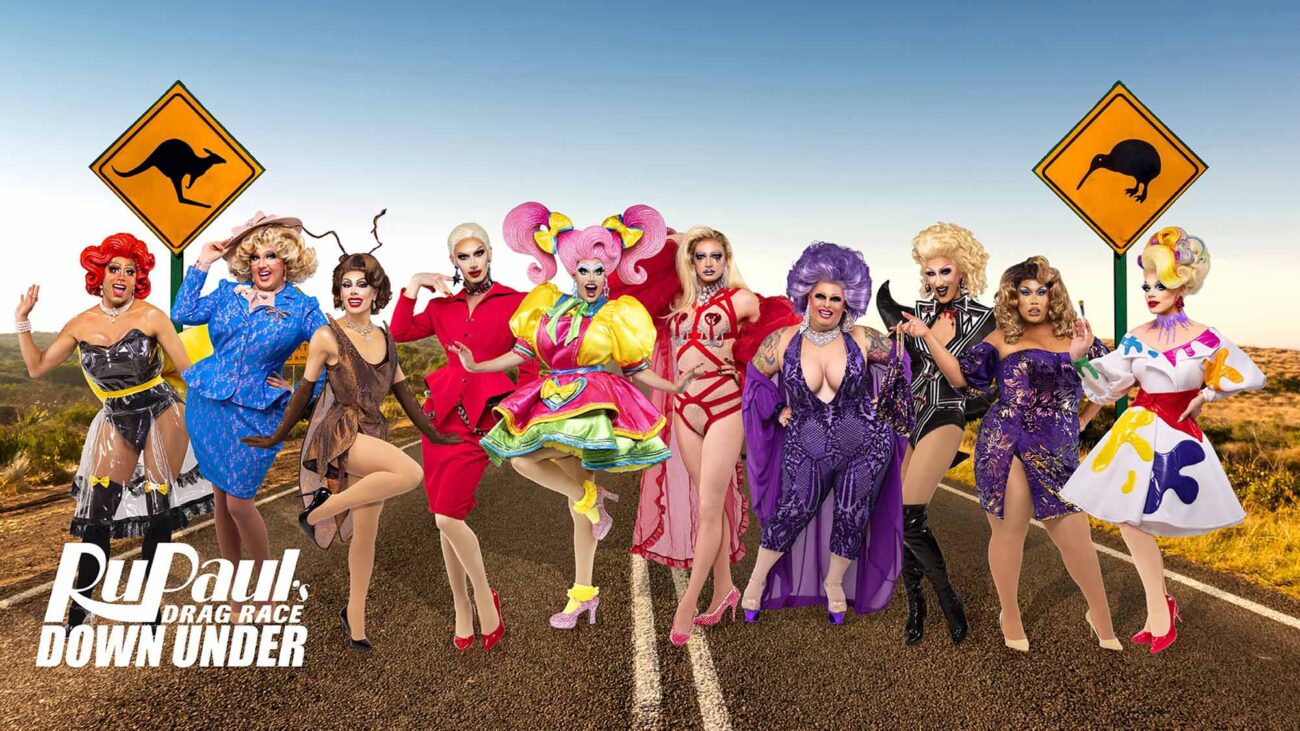 G’Day queens, and welcome to Drag Race Down Under. With the exception of British Australian queen Courtney Act in season 6, the Drag Race franchise has not gotten a taste of Aussie drag. This all changes with the latest installment in the Drag Race TV universe. Hosted by Mama Ru, the show’s main judges include the always charming Michelle Visage and Australian comedian Rhys Nicholson.

Now that we’ve met our stunning ten queens (and already lost one), you can feel the air is different in the werkroom. Then again, that tension comes from knowing how much cunning, uniqueness, nerve, and talent you need to bring. So, is Drag Race Down Under worth your time? Uh, duh. 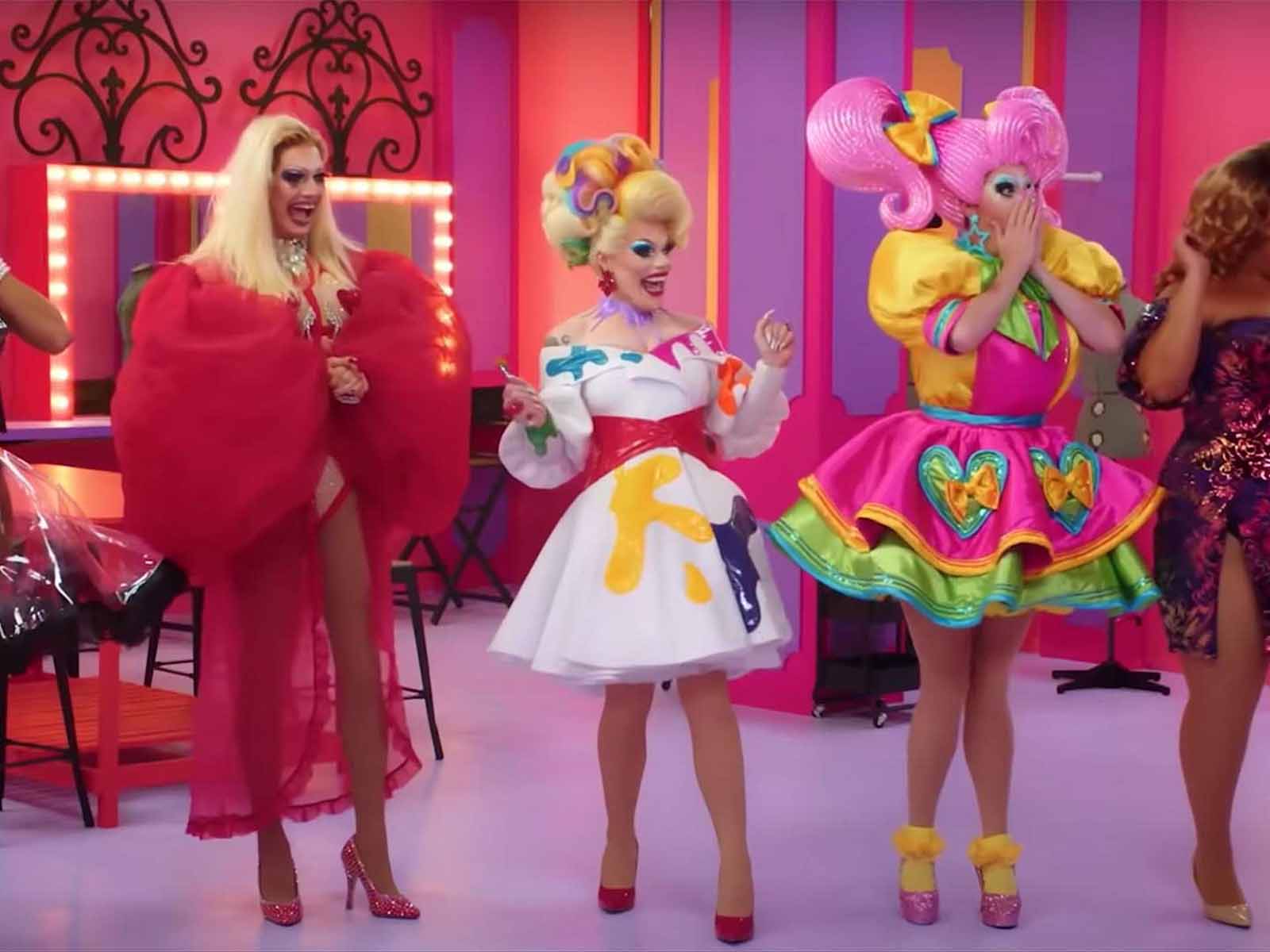 Drama is in high demand

Co-workers & best friends facing off against each other? One of the oldest queens in Drag Race history coming to show up? A chance for the queens to show the world what Australian drag queens can do? The drama in this werkroom is hotter than a Tasmanian pepperberry.

Obviously rivalry in Drag Race is nothing new, but Down Under is already giving us some healthy competition to drool over. House of Drag hosts Anita Wigl’it and Kita Mean are both competing this season, alongside former contestant Elektra Shock. Anita & Kita also own one of New Zealand’s most famous drag bars, the Caluzzi. So get ready for some drama if the lip sync ever comes down to those two.

Meanwhile, we don’t see queens over 40 compete on Drag Race often, so having Maxi Shield in season one of Drag Race Down Under is a big deal. Will she be able to take the crown away from the young bucks? Only time will tell, but we’re rooting for her anyway. 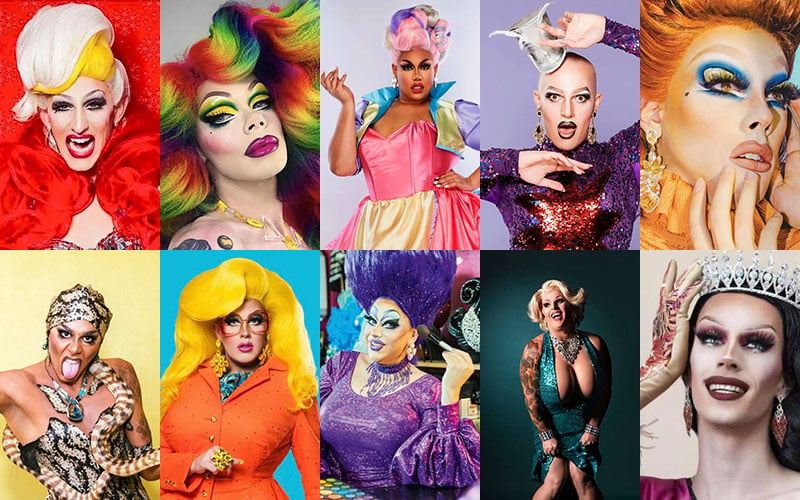 Out of this world lewks

Who knew a nude challenge was the perfect way to get to know our queens? From baring it all to going deeper than just skin, we saw some gorgeous lewks on the runway thanks to the birthday suit challenge. Combine that with the traditional hometown challenge, and we’re off to a great start.

Even the low lewks of the week had plenty to love, so this is going to be a tough season when it comes to runways. Can we get the sewing challenge immediately after Snatch Game please? 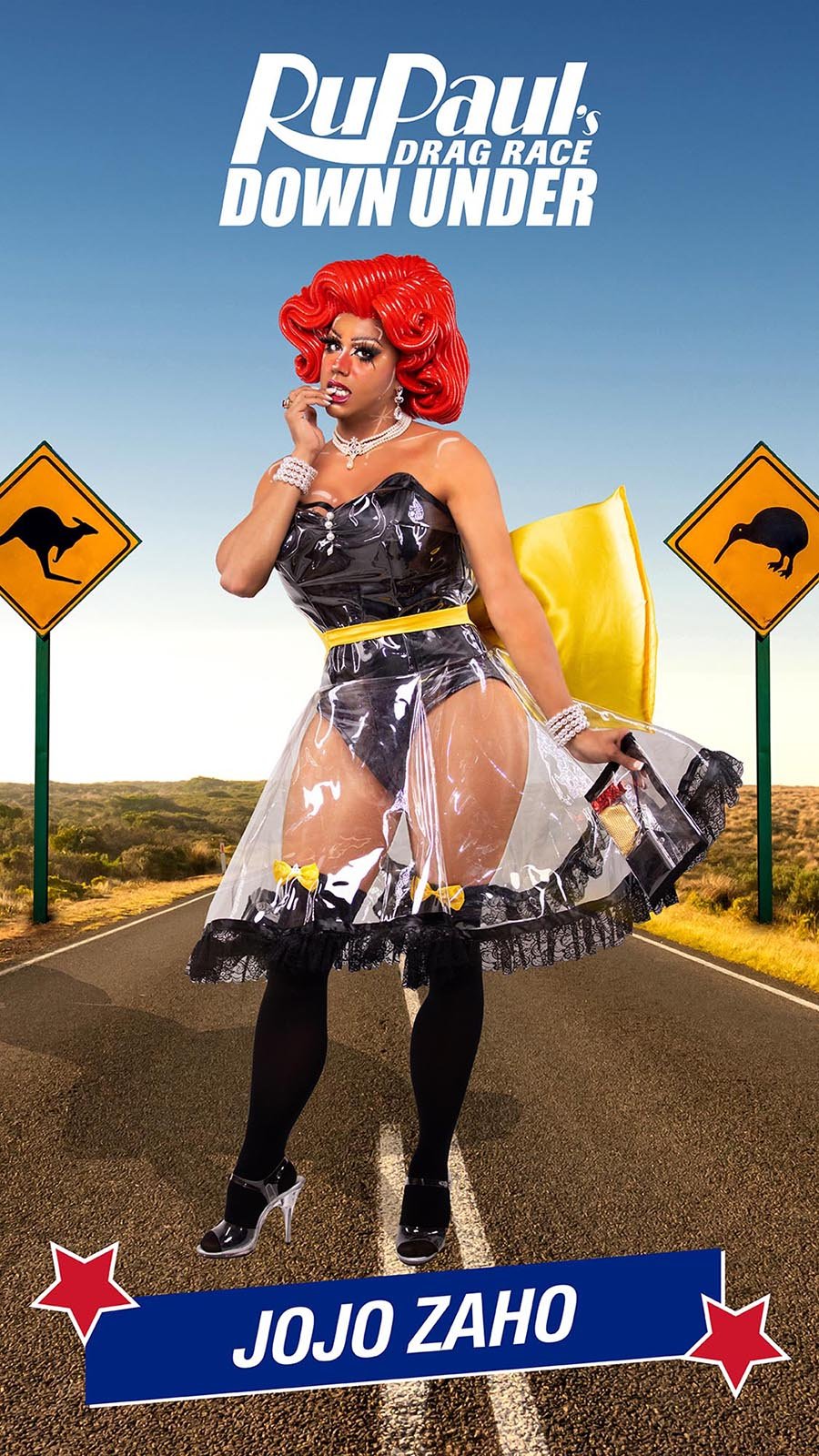 At the end of the day, what we see on TV is just for kicks, but it’s what happens off-air that we really care about. The moment Jojo Zaho realizes she’s in the bottom, she goes off to work on learning the song, and is immediately comforted by her fellow queens.

While we’re sad to see her go, Jojo is happy for her short time as part of the Drag Race Down Under fam. We got the chance to talk with her about her elimination and even get a tease of what her Snatch Game lewk would’ve been. 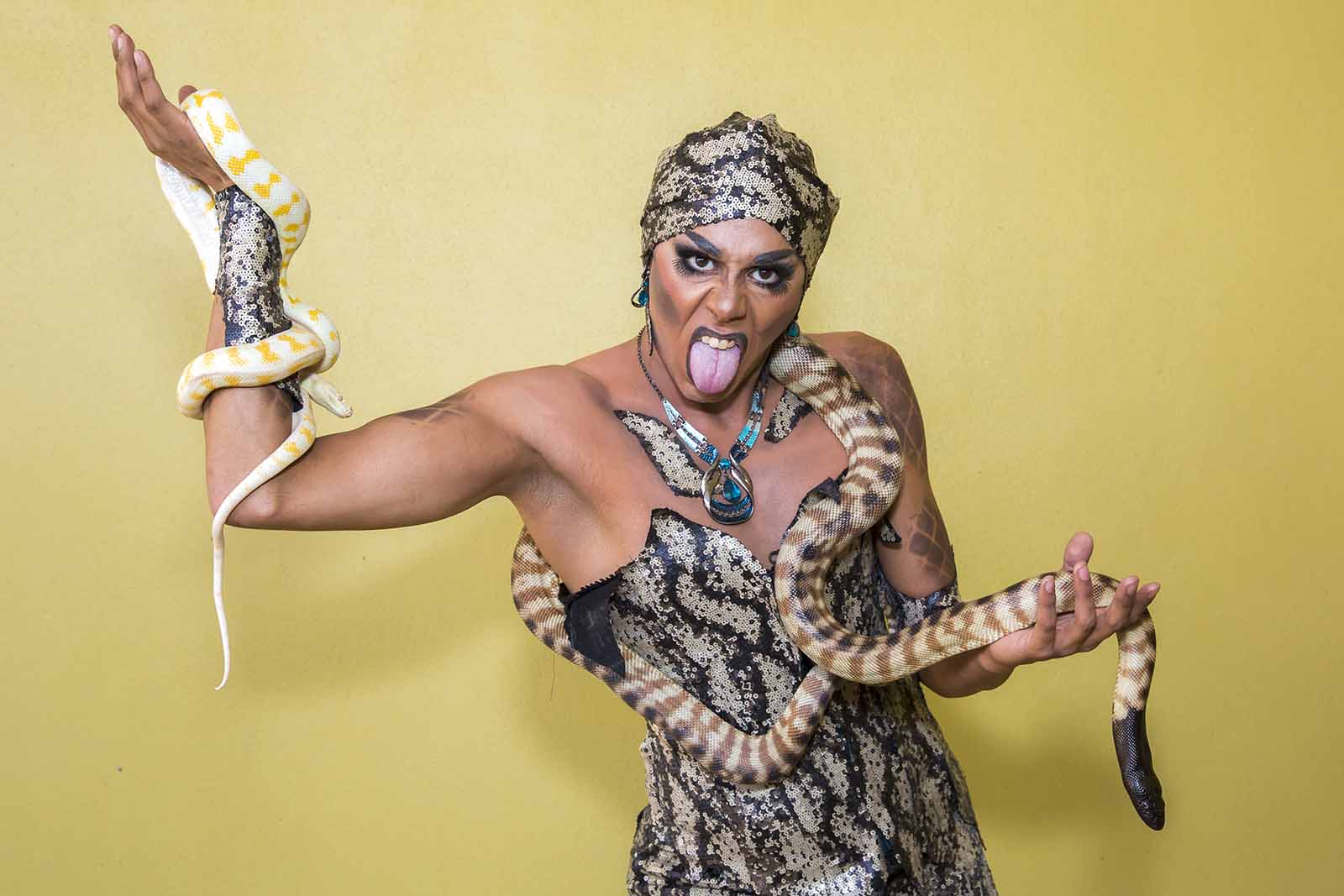 What does drag mean to you?

So for me, drag is basically dress-up for adults. It’s how I like to explain it quite simply. For me, drag is a creative outlet. It’s something that helps dismantle masculine stereotypes. You know, I might wear a dress and heels, but I’ll help you build a coffee table while wearing them.

It’s also important because being indigionous, I get to represent my culture through my drag as well. I get to be the kind of representation that I didn’t have while growing up. 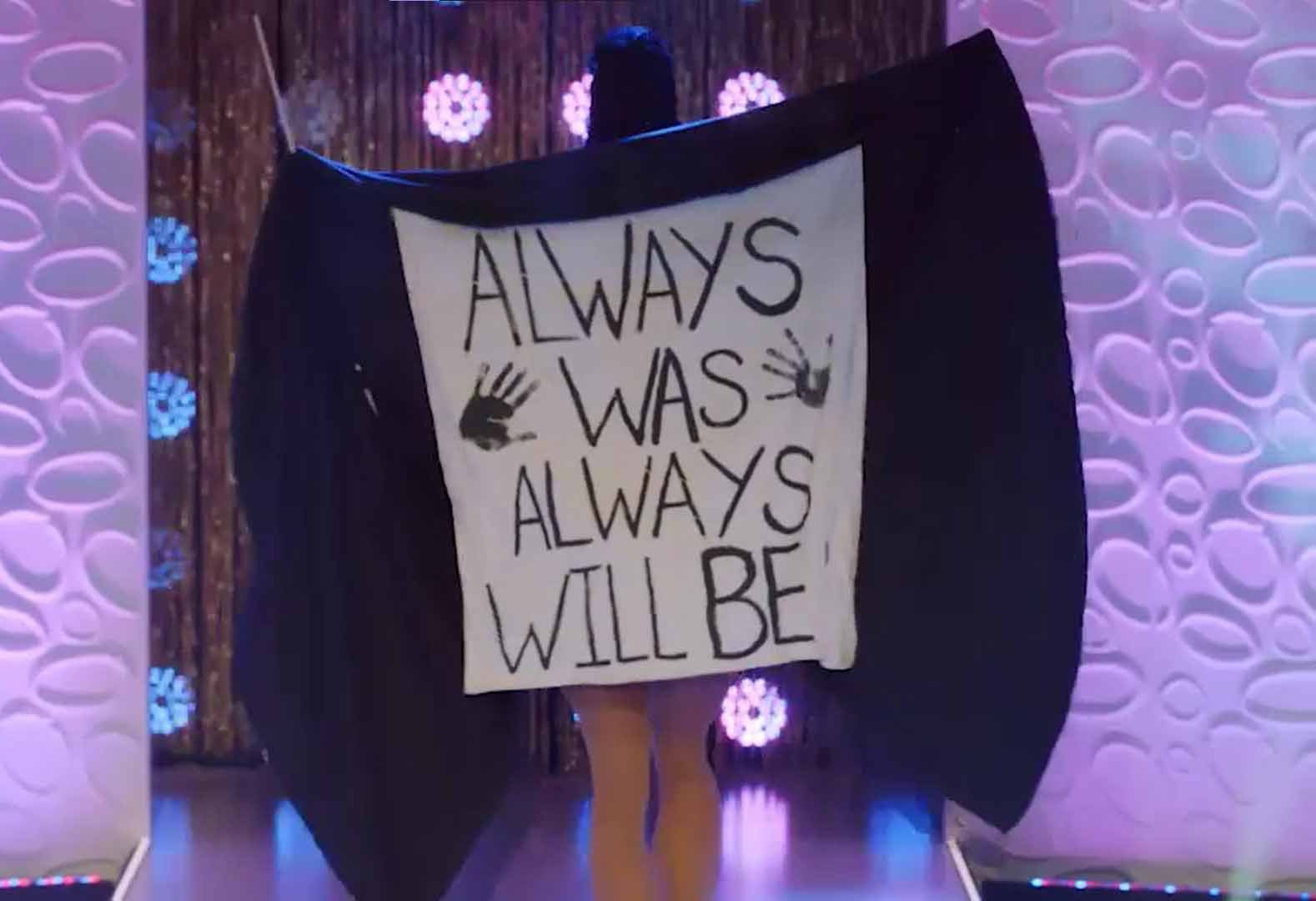 You made a big statement with your hometown outfit. Why did you feel it was important to include that in your look?

My culture is a huge part of me, and a huge part of drag. It doesn’t make it up completely, but still. I chose that message specifically because it’s an international stage. Where best to make political statements such as that? 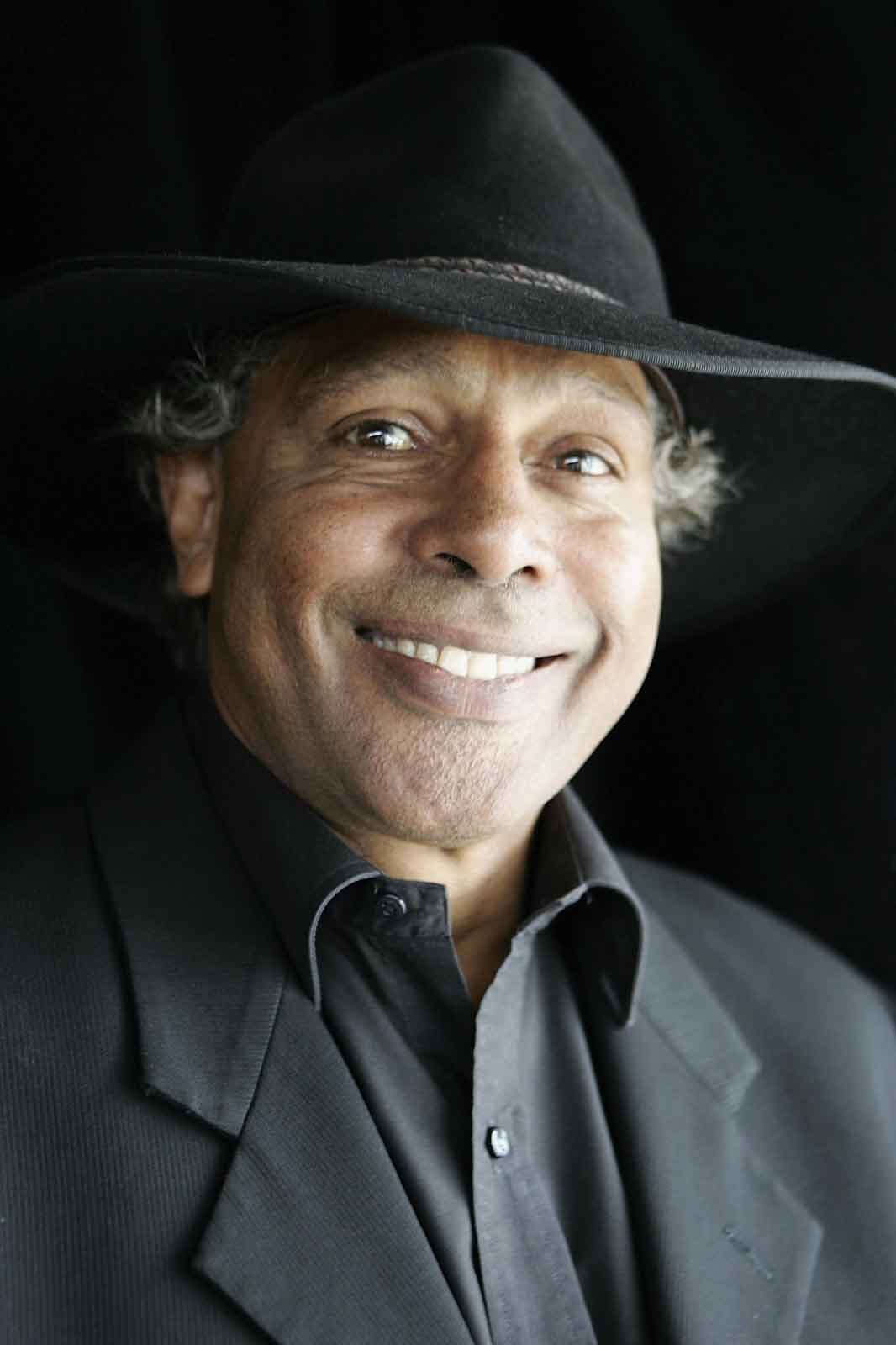 Sadly, we will miss you next week with Snatch Game. Can you tease who you would’ve brought to the table?

TV presenters always have so much character to them, and there’s so many different things you can kind of grab from, to capture their entire essence, to help build a full-fledged parody character. 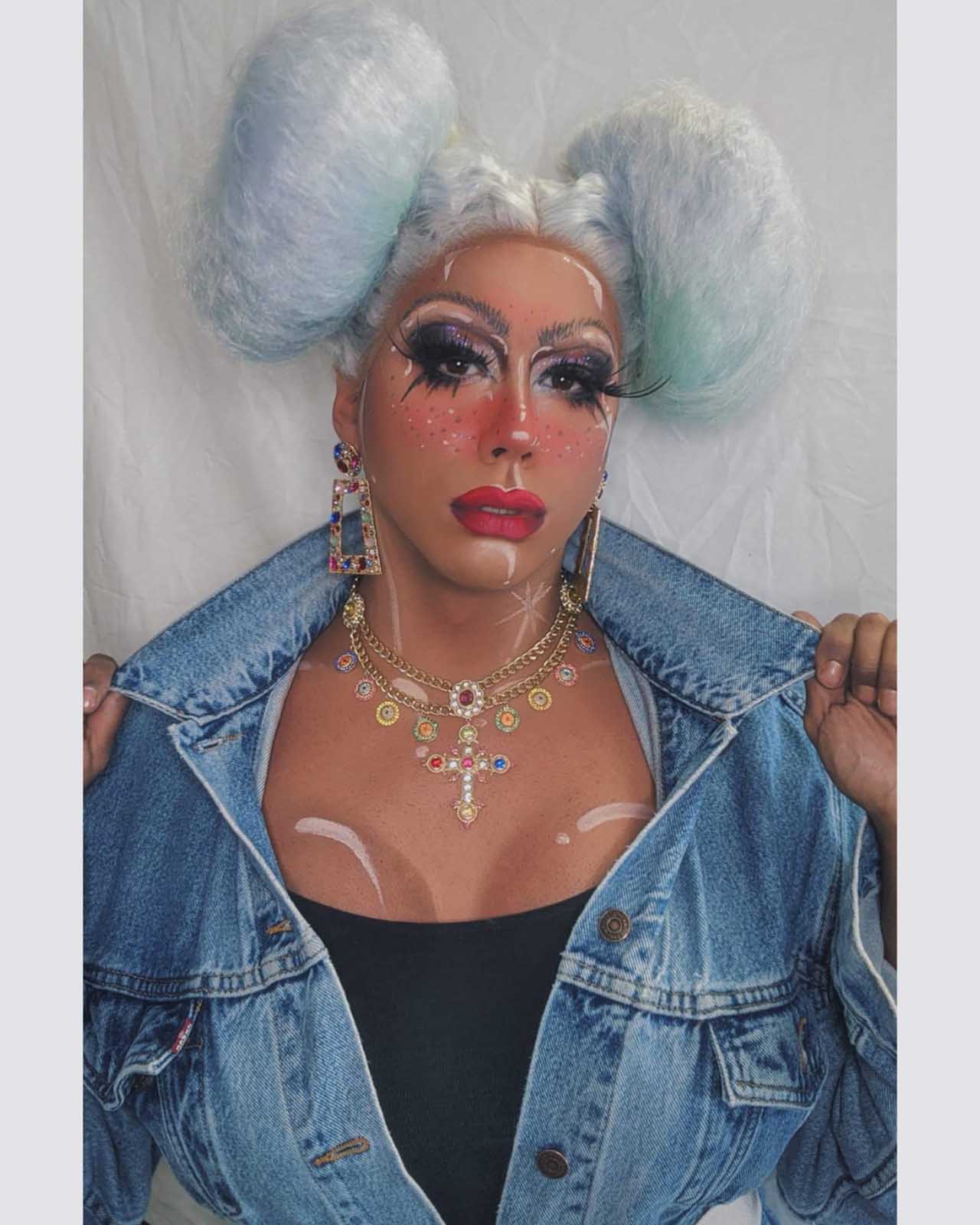 Regardless of your elimination, how does it feel to be bringing the Drag Race franchise to Australia & New Zealand?

I’m overwhelmed, excited like it’s such a huge honor. It’s one of those things that you watch for years and years and years, and you sort of laugh at the thought of “One day, maybe.” Then it actually happened and even if it was brief, it’s still huge. And you know, here’s also the silver lining of being the first pork chop, so I definitely can’t complain.

It’s a massive, massive honor and even though it was a short kind of stint on the show, it’s still one of those things that’s like “Wow, okay well I did that.” And who knows? Maybe they’ll make a change or add so I can pop up out of a box next year. 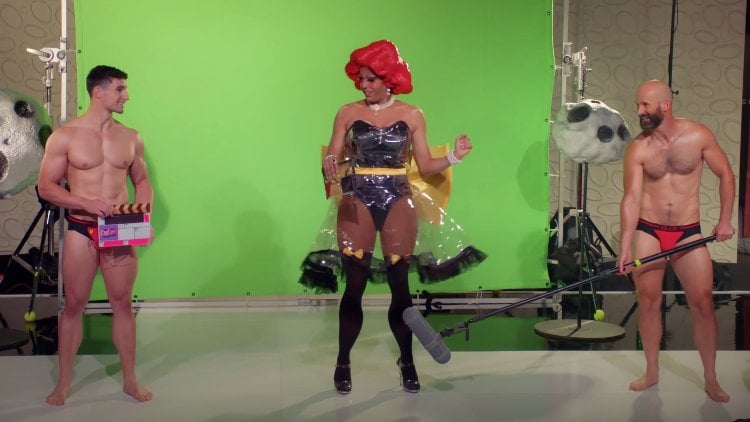 Where would you like to see your career go next?

I would like to cameo in as many other TV shows as I can. (Laughs) I don’t really have a clear path on where it’s going to take me next. I’m still figuring out and adjusting to the fact that, “Okay, a lot more things are within my reach now.” So once I find out, I’ll definitely let you know, but I’m excited to see where it takes me. That’s the silver lining for me.

Drag Race Down Under airs Saturdays on Stan Australia, TVNZ, and WOWPresents Plus, and Sundays on BBC Three.