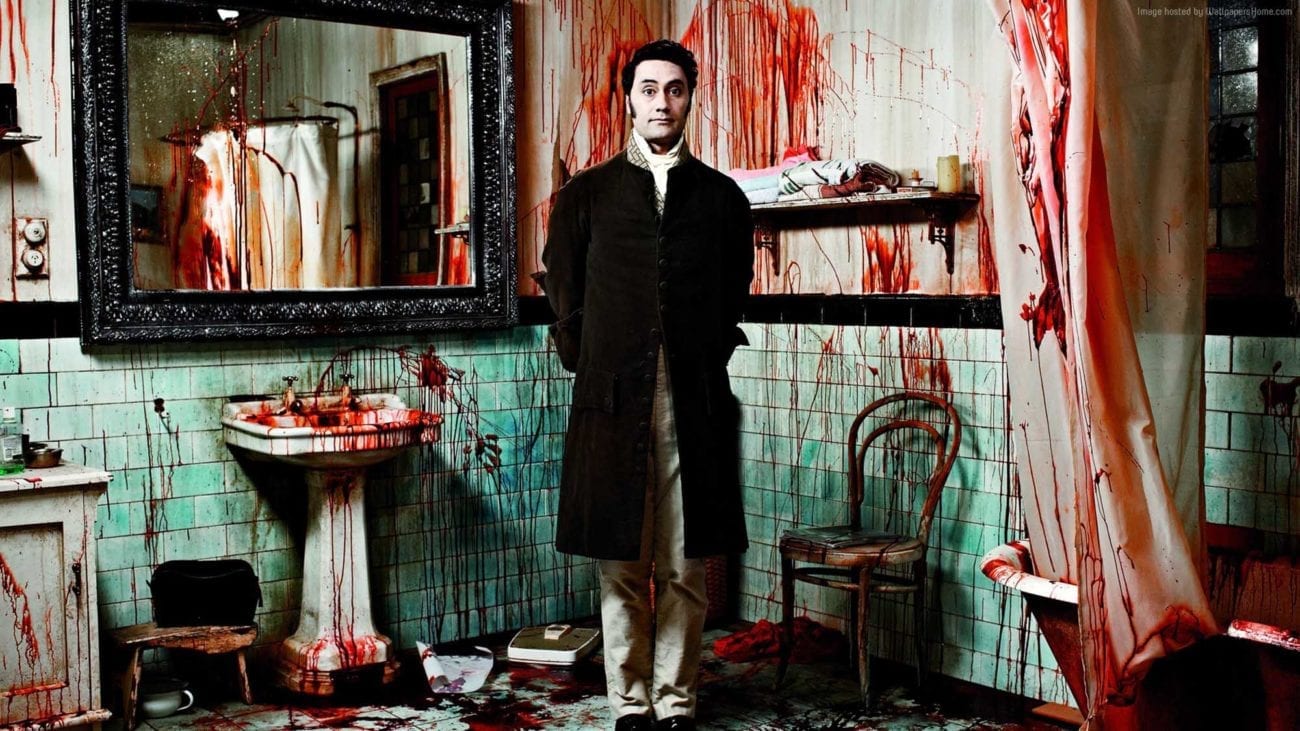 Vampire TV shows and movies with the biggest bites

If you’ve been suffering terrible pangs for anything to replace the glory of The Vampire Diaries, you’re in luck. Netflix will soon be streaming their ten-episode adaptation of Jonathan Maberry’s bestselling book V-Wars, and it’s set to star smoldering vampbabe Ian Somerhalder (who will also direct the hour-long drama).

Somerhalder will star as Dr. Luther Swann, who enters a world of unfathomable (and probably very sexy) horror when a mysterious disease transforms his best friend into a human-devouring monster. The disease spreads, society fractures, and humans become pitted against vampires as Swann rises to become a powerful underground leader of blood guzzlers.

We love a good vampire story, and this one definitely has the promise of being a show we’d love to sink our teeth into. In celebration of the new vampire hit (and the return of Somerhalder to the genre), here are the best 28 vampire TV shows and movies of all time to get your blood pumping for the arrival of V-Wars. 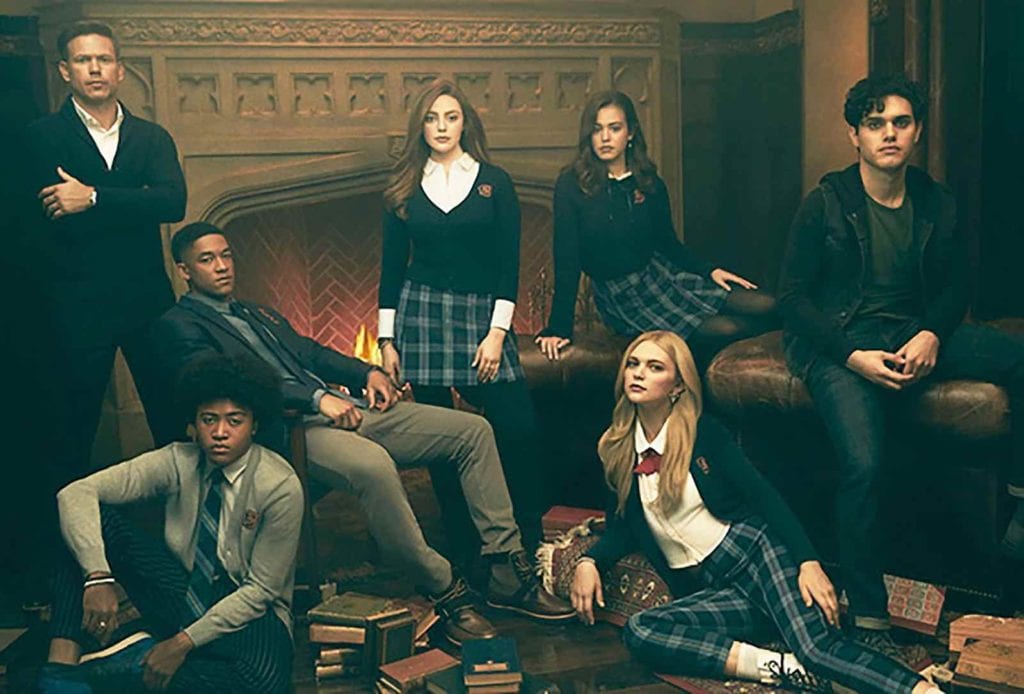 Mystic Falls welcomes a new generation of protectors in this The Vampire Diaries and The Originals, spin-off.  The Salvatore School for the Young and Gifted houses Klaus Mikaelson’s daughter Hope, Alaric Saltzman’s twins Lizzie and Josie, and other young adults who are coming of age as witches, vampires and werewolves.

This is where these young people can learn to become their best selves and quash their violent impulses. To learn how to battle their far-reaching enemies they rely on ancient folklore and tales to make the world a better place. 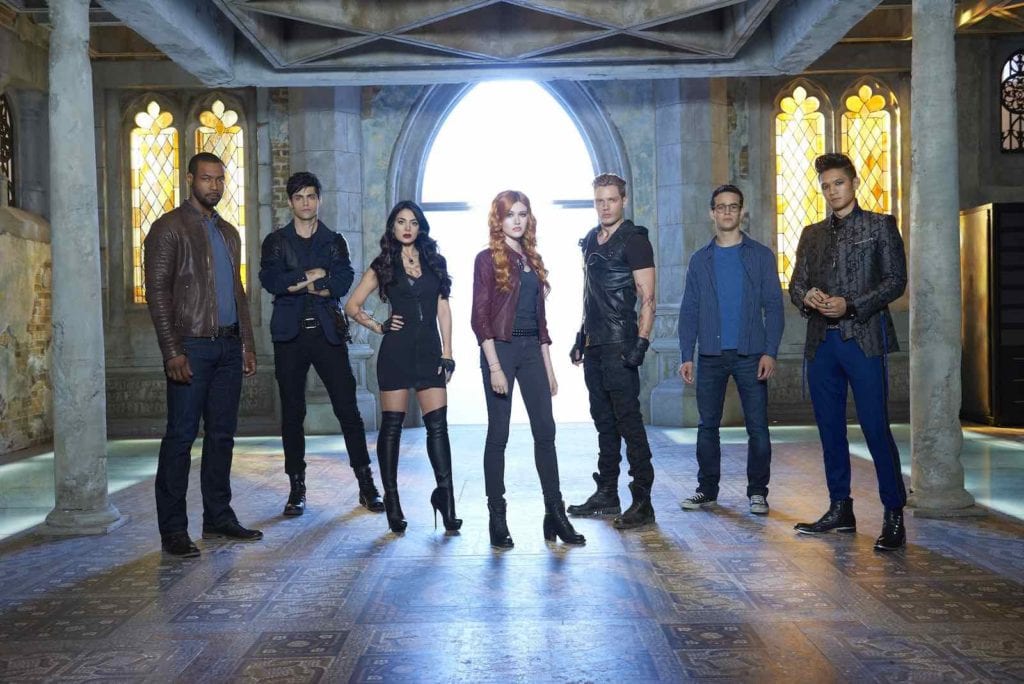 You know we stan for Shadowhunters and are fighting tooth & nail to save the show. Let’s back up for a second and pretend it was never cancelled so we can appreciate it for what it is. Shadowhunters is a fantastical drama in which some good Shadowhunters (human-angel hybrids), vampires, werewolves, and Warlocks fight to protect the humans (Mundanes) from the bad seeds of the Shadow World (demons).

Shadowhunters is basically about inclusivity; for three glorious seasons, it’s taught us not to prejudge people on pesky habits like sleeping in a coffin or drinking blood.

NBC cancelled the show after just one season, but we’ll always think fondly of Jonathan Rhys Meyers’s sensual and monstrous depiction of the iconic villain.

We can likely all admit David Slade’s adaptation of the beloved comic book series isn’t exactly perfect. But can we all agree Josh Hartnett (Lucky Number Slevin) and his dreamy little face make just about anything worth watching? Of course we can. Because it’s the truth. 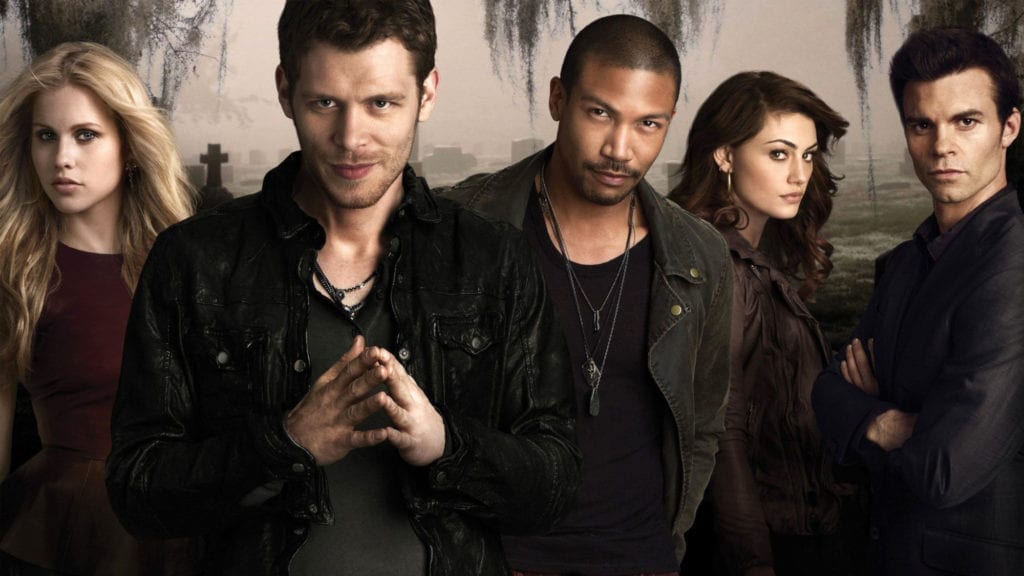 The CW’s New Orleans-based supernatural drama started as a Vampire Diaries spinoff but has since developed beyond the original to become its own indelible property. Thankfully it has managed to maintain the delirious, twistheavy, and trashy heart of the show it grew from.

Guillermo del Toro’s vampire show started out with a great deal of promise but unfortunately floundered beyond the first season. Offering unique twists on traditional vampire lore, The Strain is stacked full of terrifying and singular visuals if nothing else.

The legendary gothic soap opera is renowned for being a riveting (and occasionally very amusing) cult classic. Following the strange lives and loves of the wealthy Collins Family, the show remains television’s first and only horror soap opera.

Featuring one of Nicolas Cage’s most eccentric, unhinged, and oddball performances, Vampire’s Kiss is utter nonsense. In the greatest way possible, of course.

Look, there’s no point being cool about this: Secretly deep down you love Twilight, so just be real and come out and admit it! Kristen Stewart (Personal Shopper) is a mortal-turned-immortal lip-biting babe in the teen franchise and though Robert Pattinson’s basically a glittering My Little Pony version of a vampire, he’s still a brooding, James Dean-esque stud of a ghoul. Whether you think they’re good or bad, the Twilight movies are nonetheless extremely enjoyable. 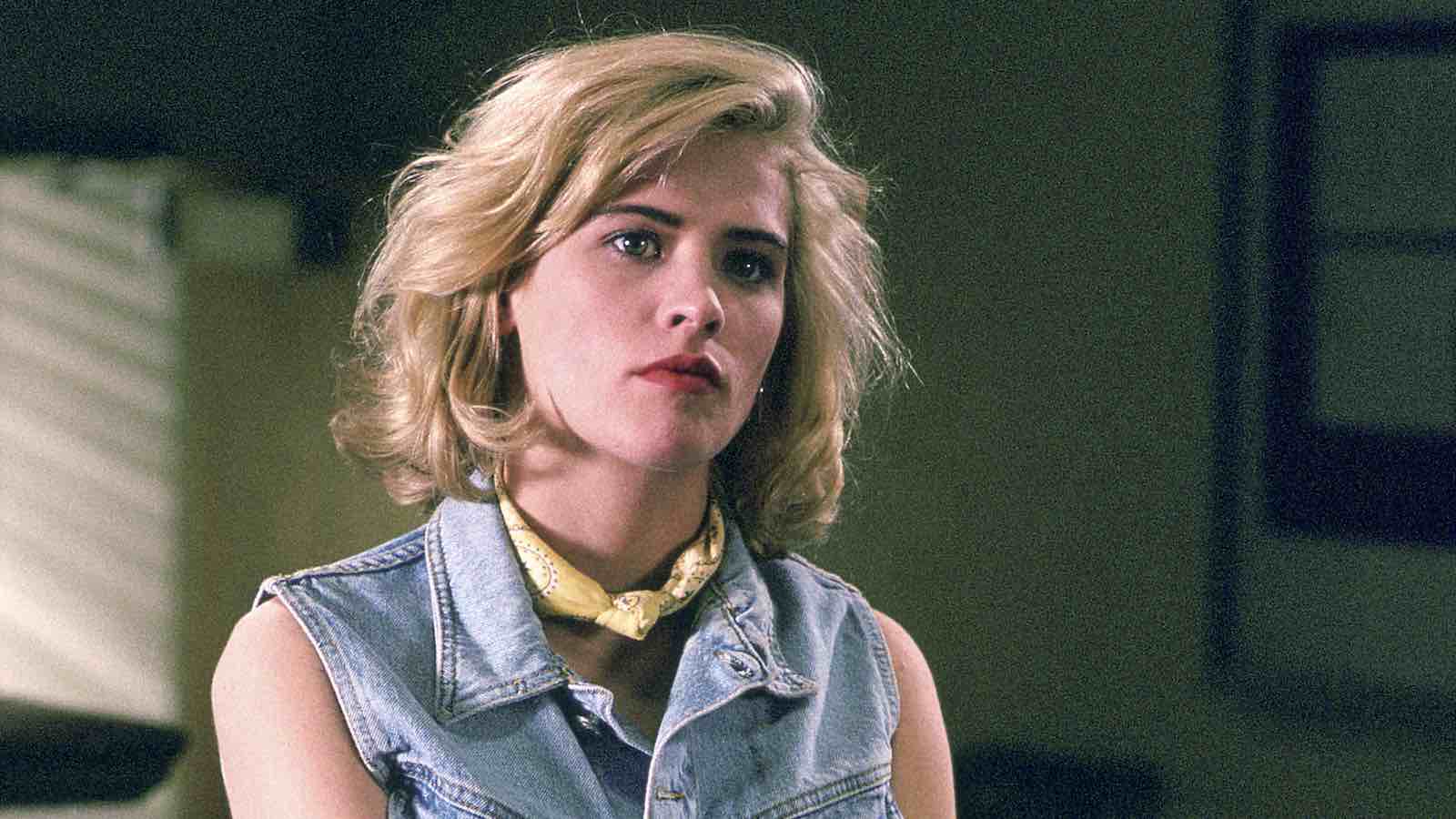 Joss Whedon’s first attempt at his teenage slayer story was slammed at the time for being a goofy mess. But in retrospect? It’s a campy masterpiece. Anything that features Luke Perry (The Fifth Element), Donald Sutherland (Pride & Prejudice), and Paul Reubens (Big Top Pee-wee) in the same movie is totally fine by us!

Francis Ford Coppola’s adaptation of the classic novel missed a lot of marks. But damn, Gary Oldman (Darkest Hour) is supreme in the titular role, Winona Ryder (Stranger Things) is a gothic dream, and where the hell else would you have the opportunity to hear Keanu Reeves (The Matrix) attempt such a misfire of a British accent?

The Buffy spinoff saw David Boreanaz take his character to Los Angeles to start a detective agency; weirdly, it totally worked. The supernatural drama hit plenty of terrific comedy beats and at one point even became a weird legal drama. But it never lost its brooding, vampiric heart and for that we’re very thankful.

Offering a welcome subversion of both the horror and superhero movie genres, Wesley Snipes (Demolition Man) is still a breath of fresh air as the badass half-mortal vampire slayer Blade.

Leave it down to Jim Jarmusch (Broken Flowers) to make the cool and epic vampire romance movie we never knew we needed. Tilda Swinton (We Need to Talk About Kevin) & Tom Hiddleston (The Avengers) are absolutely perfect as the long-suffering, immortal couple facing centuries-old existential struggles.

Part road movie and part horror, Robert Rodriguez’s cult classic is dark, quirky, and caustic. The film is one of the few on the list that ostensibly breaks its own established rules to abandon its initial story and explore a chaotic vampire one mid-way through. It also established George Clooney’s surprising capabilities as being more than just your mom’s favorite TV hunk.

Centered around a Catholic priest who is forced to abandon his rigid beliefs and values when he becomes a vampire, Park Chan-wook‘s supremely thirsty horror is original, horrifying, and captivating till the final drop of blood. 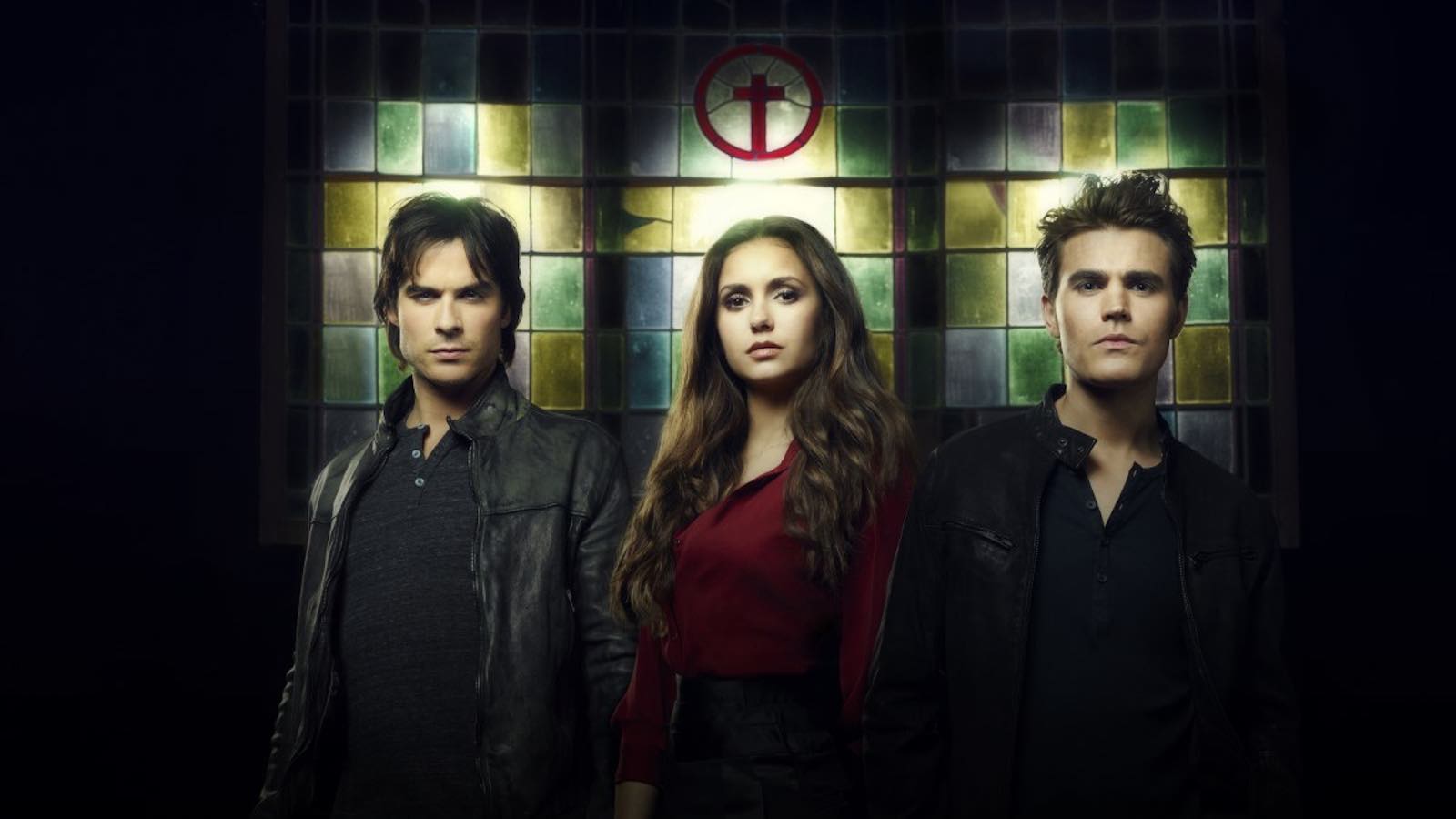 Often labeled as “the first Iranian vampire Western”, Lily Amirpour’s indie gem is an exhilarating twist on the genre, full of romance, brooding, and luscious imagery.

Written, directed by, and starring the pheneomenal Jemaine Clement (Flight of the Conchords) & Taika Waititi (Thor: Ragnarok), What We Do in the Shadows is easily the funniest and most inventive movie on this list. The mockumentary horror follows a group of vampires who live together in Wellington and face all the usual problems of your average set of roommates (with some added messy obstacles).

Oh you’re so cool, Brewster! If you don’t know every notable quote from Tom Holland’s suburban horror comedy by now, you officially need to rewatch it for the hundredth time. 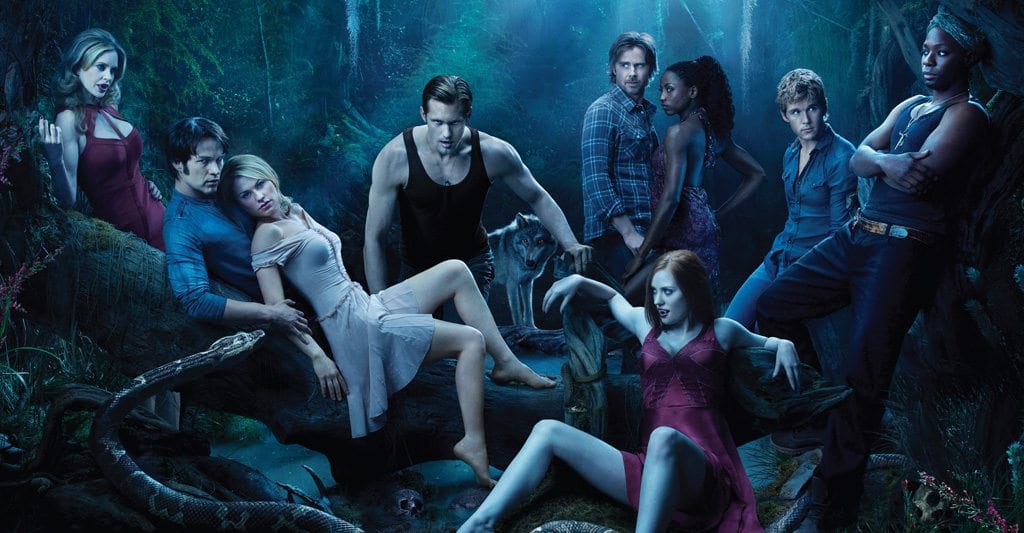 With an incredible cast of characters portrayed by stars including Anna Paquin (The Piano), Nelsan Ellis (The Help), Ryan Kwanten (Dead Silence), Carrie Preston (The Good Wife), Todd Lowe (The Remains), and Evan Rachel Wood (Westworld), the show was near enough flawless and boasted some of the most luminous, campy performances on TV. 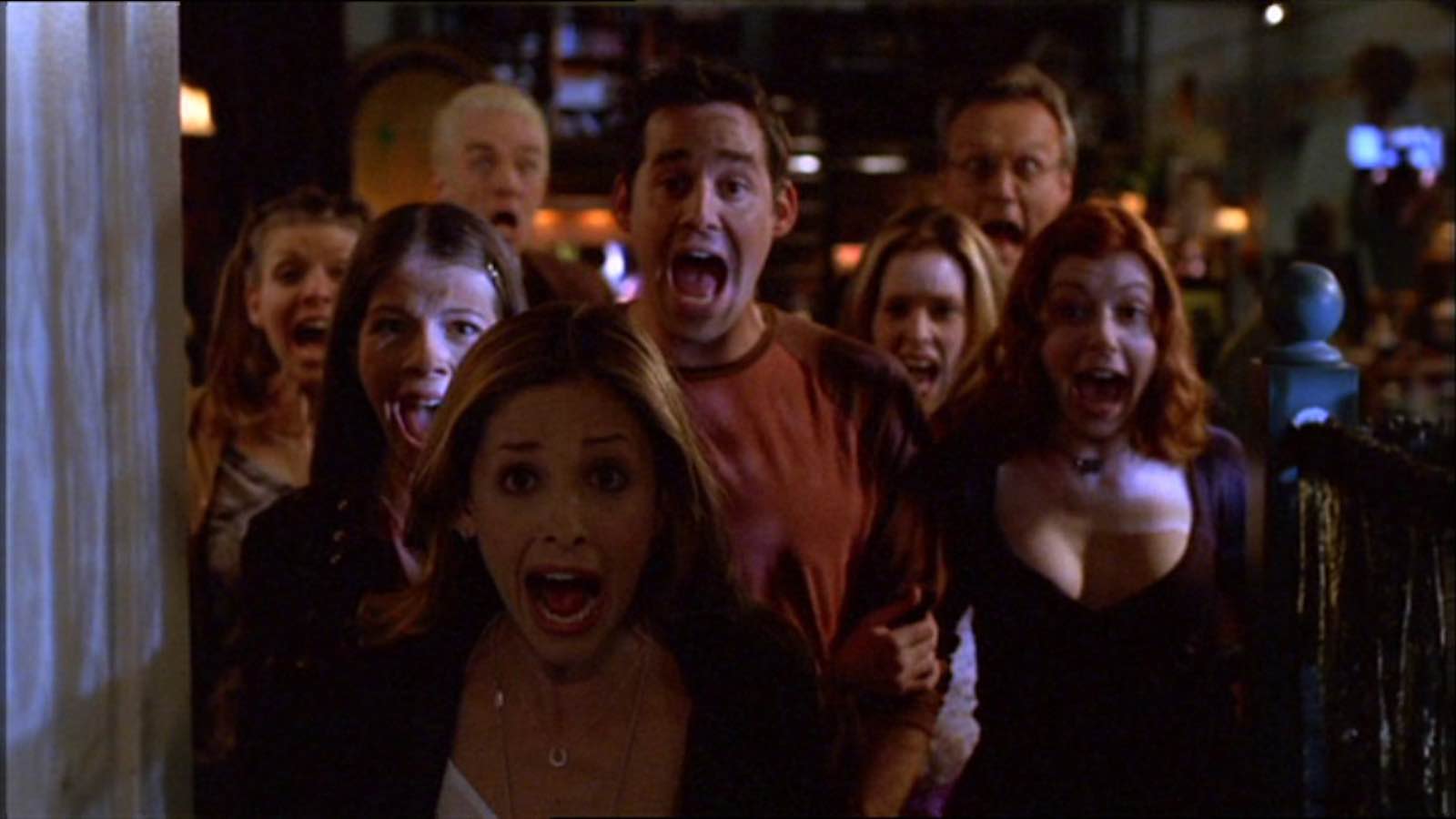 If you can’t recognize Buffy for the seminal genius it truly is, you may just deserve a stake to the heart – the show revamped (pun proudly intended, folks) the genre.

And with stars such as Sarah Michelle Gellar (Cruel Intentions), Alyson Hannigan (American Reunion), and Anthony Head (Ghost Rider: Spirit of Vengeance) spotlighting their versatility as actors, Buffy the Vampire Slayer proved teen shows could come with a bite and be heartbreaking, hilarious, and horrifying in the process. 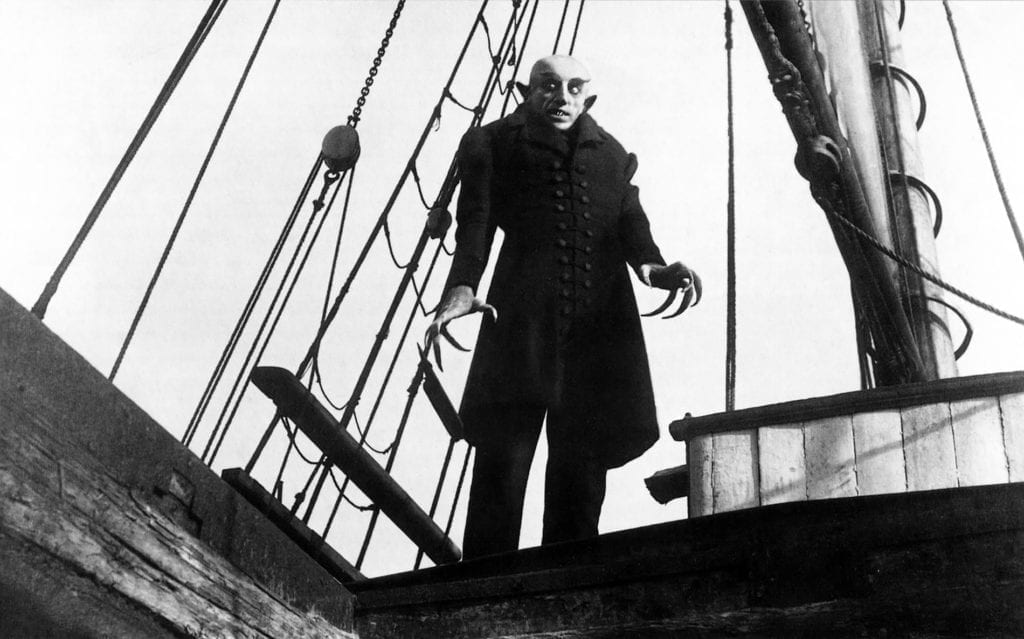 F.W. Murnau’s trailblazing iconic horror remains one of the eeriest and most memorable explorations of the Dracula story ever conceived.

Gloomy, sweet, and strangely touching, the Swedish horror from Tomas Alfredson (Tinker Tailor Soldier Spy) repositions the vampire story from a child’s perspective. In doing so, he created one of the most chilling and monumental vampire movies ever made.

Kathryn Bigelow’s small-town vampire Western subverts the pristine quiet of Americana with bloodlust and a chaotic, violent poetry. With a cast including Bill Paxton (Aliens) & Lance Henriksen (The Terminator), the movie remains a monumental genre classic.

With Kiefer Sutherland (Mirrors), Alex Winter (Bill & Ted’s Excellent Adventure), and Jason Patric (Sleepers) as a set of nocturnal bloodsuckers, Santa Carla vampires are among our fave creatures of the night ever. Joel Schumacher’s teen horror comedy remains one of the most innovative and fun takes on the genre (not to mention it’s full of subtle LGBTQI flourishes).