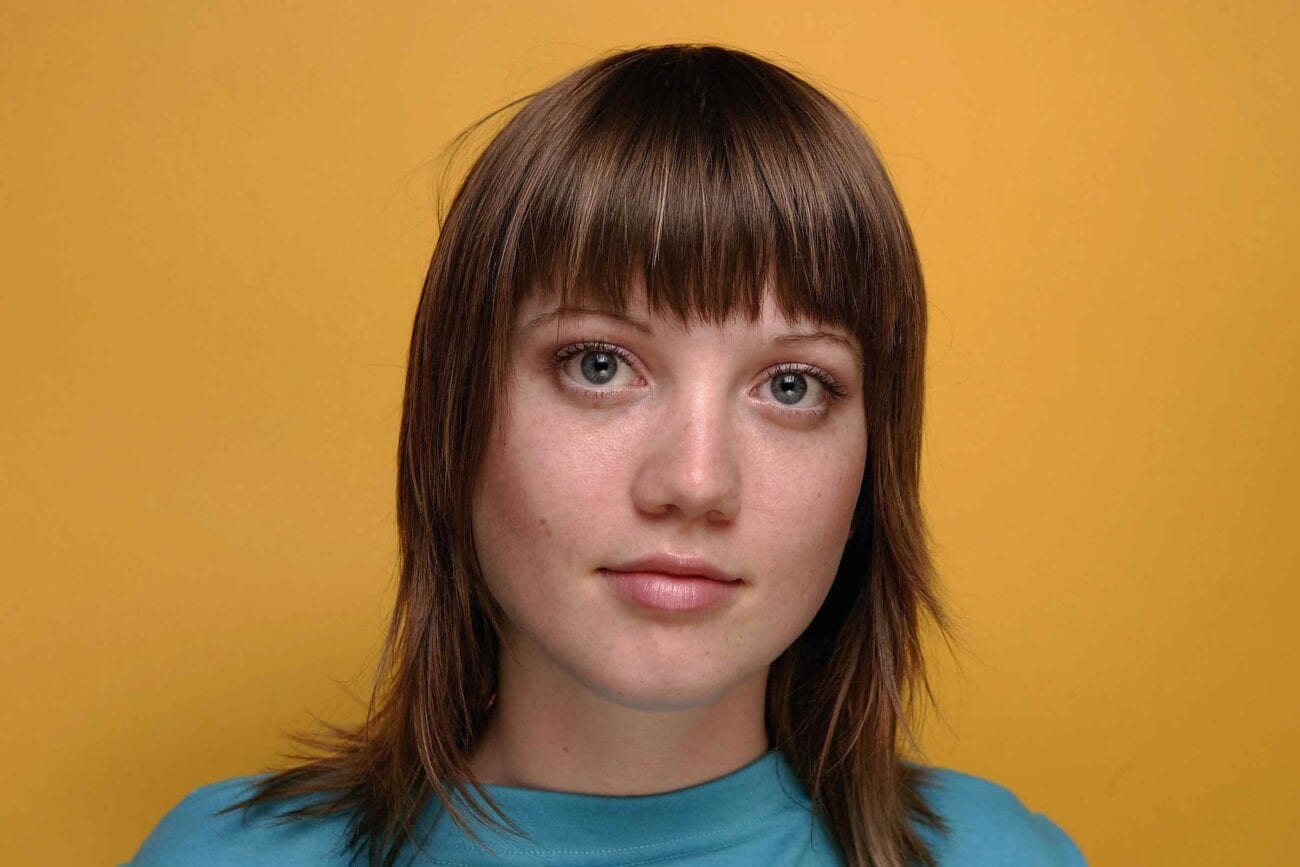 Why is Nicki Clyne still defending NXIVM in 2020?

Keith Raniere might be behind bars, but Nicki Clyne is insisting the NXIVM co-founder is innocent. Known for being a part of Raniere’s inner-circle, Clyne wasn’t arrested with her fellow NXIVM leaders, but has since maintained Raniere’s innocence throughout his trial and guilty verdict.

The former Battlestar Galactica actress has been even more vocal recently, as we waited to hear Raniere’s sentencing. On October 27, Raniere was sentenced to 120 years in prison for multiple charges including sex trafficking & child exploitation. Despite the traumatic experiences reported by former NXIVM members, Clyne told CBS News, “I wouldn’t trade my experiences for anything”.

Clyne believes NXIVM & DOS were mischaracterized and has repeatedly claimed Raniere isn’t capable of the crimes he’s been found guilty of. While she doesn’t deny certain acts, like branding women in DOS, she believes there’s more to the story, according to CBS News. Here’s a breakdown of everything Nicki Clyne has said & done in defense of Raniere. 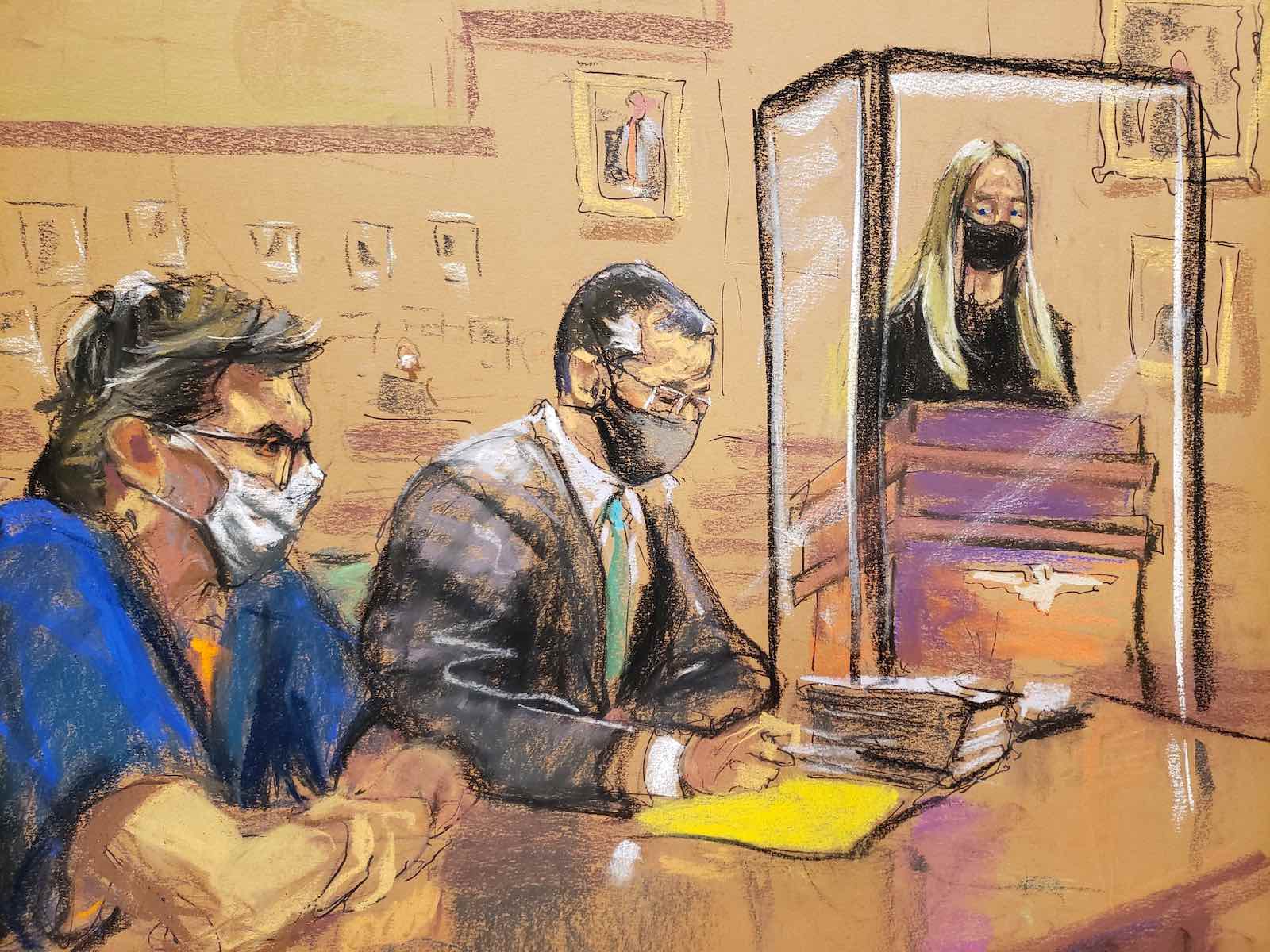 Clyne’s letter to the court

In her letter, Clyne insisted Raniere was innocent of any wrongdoing. She said she found the allegations “completely absurd and even offensive”. “I have never known Keith to want intimacy with someone who doesn’t want it”, Clyne wrote. She also thinks it’s a “ridiculous notion” Raniere would have “gone to all that trouble for sex”.

Clyne wasn’t the only former NXIVM member who sent a letter of support for Raniere. Dozens were sent to the court to praise Raniere, according to County Weekly News. Clyne, who’s notoriously part of Raniere’s “inner circle” claims she would’ve testified on Raniere’s behalf. In her letter, she outlined what she would’ve said if she were put on the witness stand.

Clyne said her testimony would’ve “countered much of what the prosecution’s witnesses alleged”. These witnesses included three anonymous women, who testified they were sexually abused by Raniere, among others. Clyne believes she would’ve “dismantled” the evidence about DOS, claiming the “secret sorority” was simply a group of women who “sought guidance” from Raniere & followed “somewhat unconventional practices”. 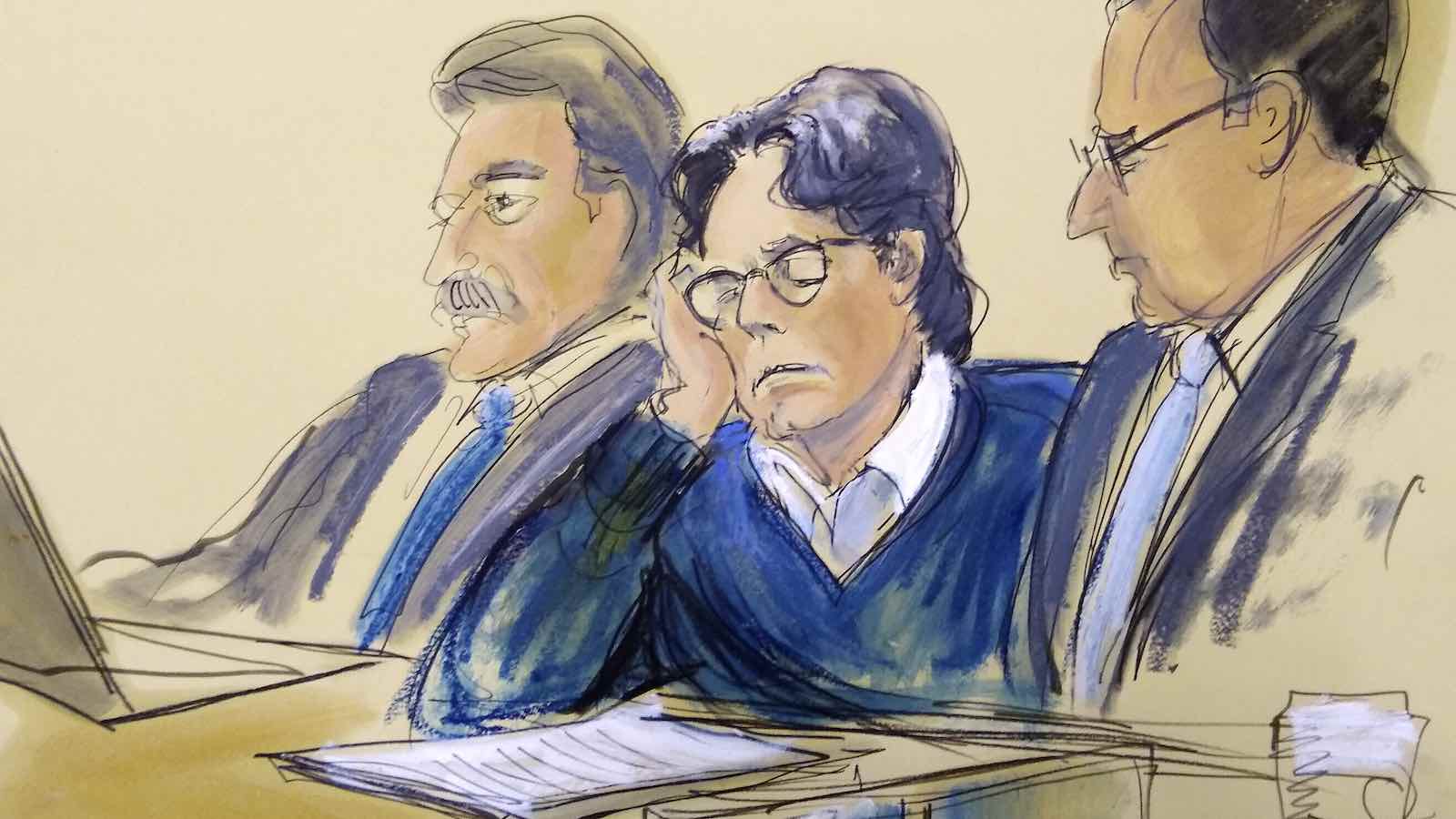 Clyne was one of the witnesses willing to speak in Raniere’s defense, but the federal judge presiding over the case denied Raniere’s motion for a new trial. His lawyers’ argued the prosecution intimidated Clyne and fellow Raniere supporter Michelle Hatchette from testifying, according to Variety. However, the judge wrote he didn’t think they would give any new information to the case.

Clyne said she would’ve testified that women were in DOS “voluntarily” and they actually “benefited greatly from its practices”, according to Albany Times-Union. While she admitted women did want to leave DOS, she said she “never witnessed any threats or negatives [sic] consequences”.

Raniere has repeatedly claimed the prosecution mishandled the case, but the judge said the defense provided “scant and highly questionable evidence” supporting their argument, according to Variety. Raniere continued to maintain his innocence even after his guilty verdict. 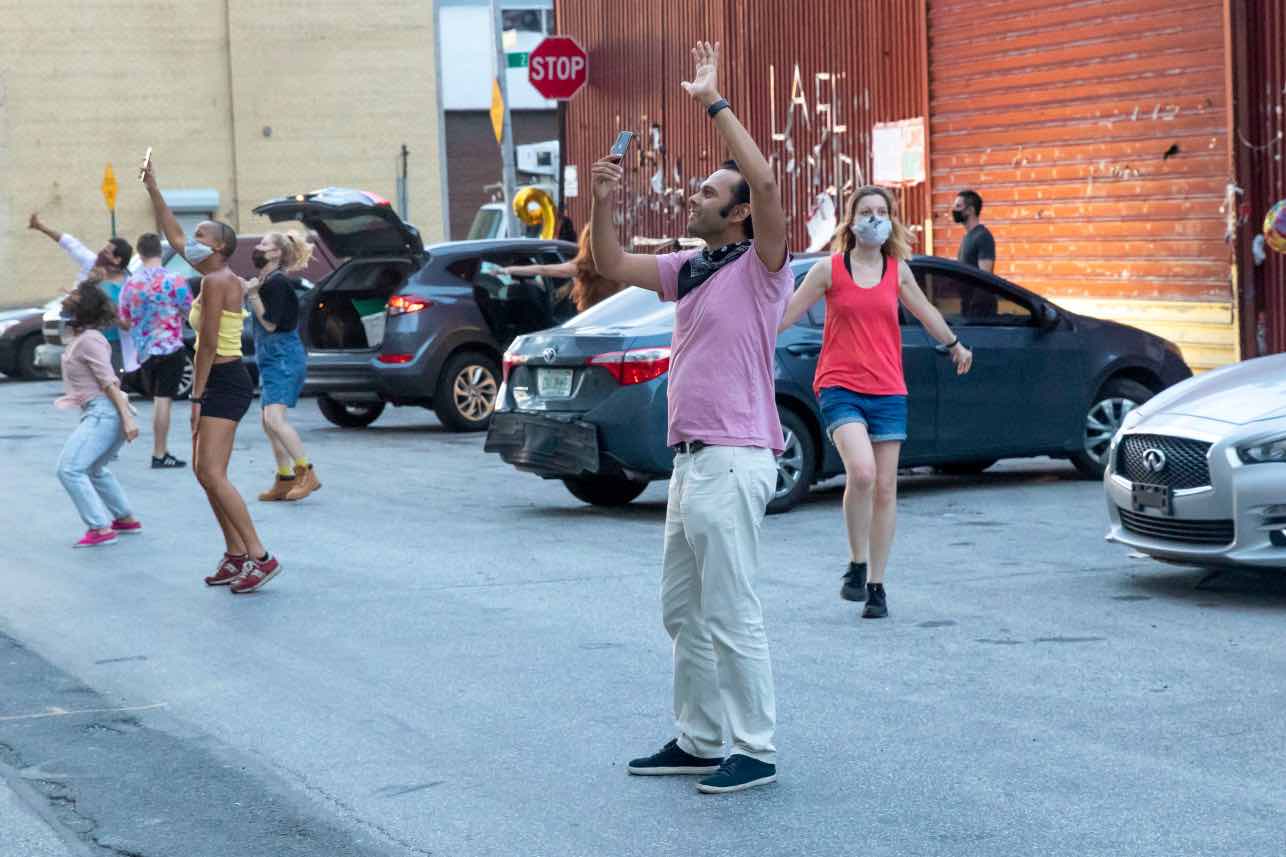 Leader of the dances?

Clyne was also the leader of the now infamous group, The Forgotten Ones a.k.a. We Are As You, where she set up dance performances in front of Raniere’s prison in Brooklyn, according to Vice. Clyne was criticized for using the hashtag “BlackLivesMatter” in her post, especially due to the BLM protests & marches that took place in the summer in honor of George Floyd.

While the movement was pitched as being meant to cheer up prisoners during the pandemic, it was only targeted at Raniere’s prison, causing even more backlash on social media. According to Albany Times-Union, the group never used Keith Raniere’s name, but did show support for a “Kay Rose”, who isn’t an inmate at the Brooklyn prison. 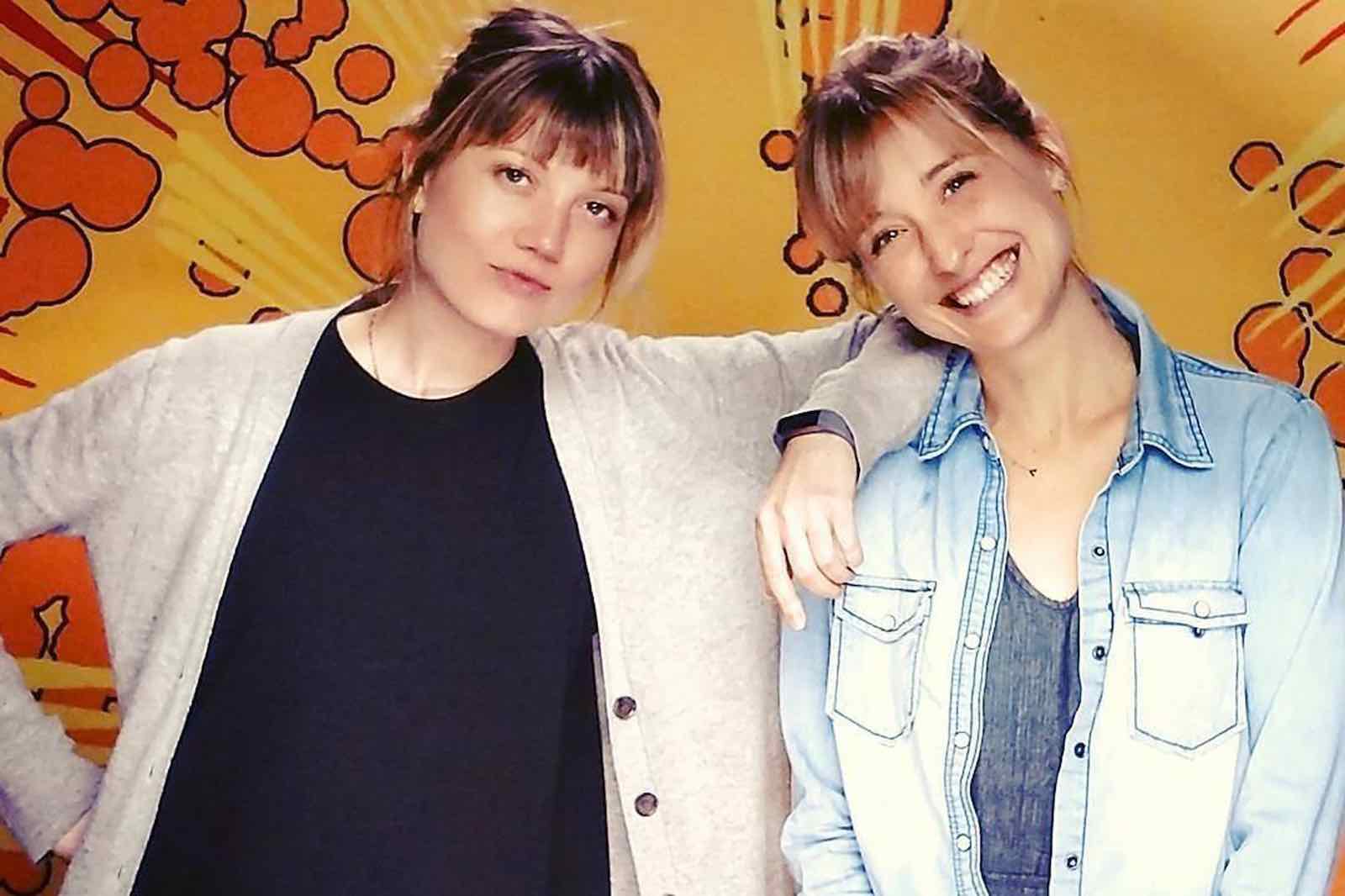 Clyne was in NXIVM for thirteen years before the fall of the organization. In 2017, she secretly married Allison Mack, a fellow NXIVM member who was arrested shortly after Raniere in 2018. Mack was known as being one of the primary leaders in DOS, recruiting women to allegedly become sex slaves. Mack was charged with sex trafficking, sex trafficking conspiracy, and forced labor conspiracy.

Mack pled guilty to racketeering and is awaiting sentencing. According to County Weekly News, Mack admitted women had to “perform services” in a system that made them think they “could suffer serious harm” if they didn’t perform their tasks correctly or on time.

Mack is currently out on bail and on house arrest at her parents’ home in California. Because of the conditions of Mack’s bail, Clyne hasn’t been able to speak to Mack since her arrest. Clyne told CBS News, “This has been the hardest, most humbling experience of my life”.