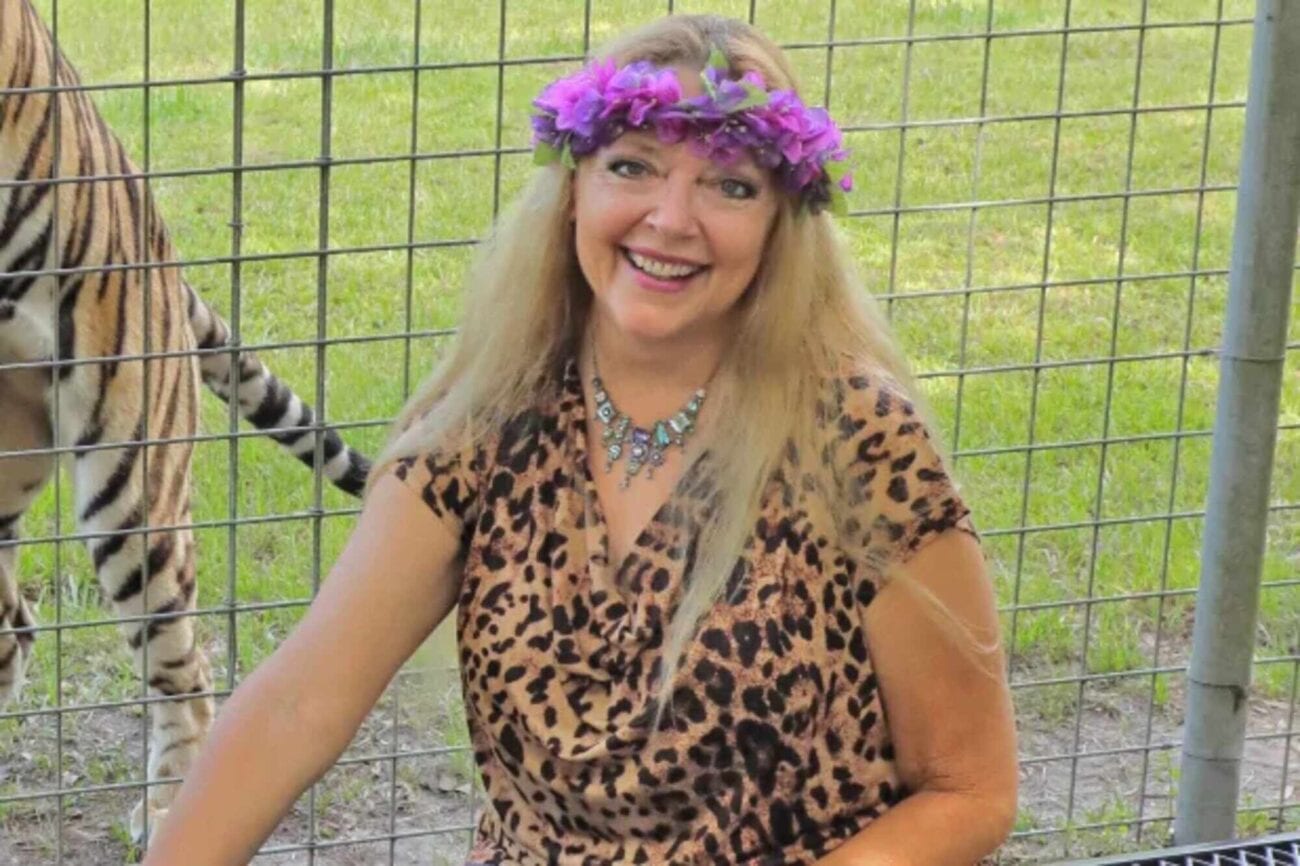 Remember the flowery woman rumored to have fed her second husband to the tigers? Well Carole Baskin hasn’t gone anywhere. In fact, the woman’s net worth is growing as she’s still the talk of Netflix’s Tiger King.

The Tiger King star, Carole Baskin, owns a cat sanctuary called Big Cat Rescue in Tampa, Florida. Though she claimed she was unhappy with the Netflix series, the show definitely advertised her cat sanctuary.

Tiger King also left viewers wondering where Carole Baskin received all her money from. Besides the many scandals associated with her, like Tiger lawsuits & major propaganda, Baskin has earned most of her fortune through Big Cat Rescue. But how? 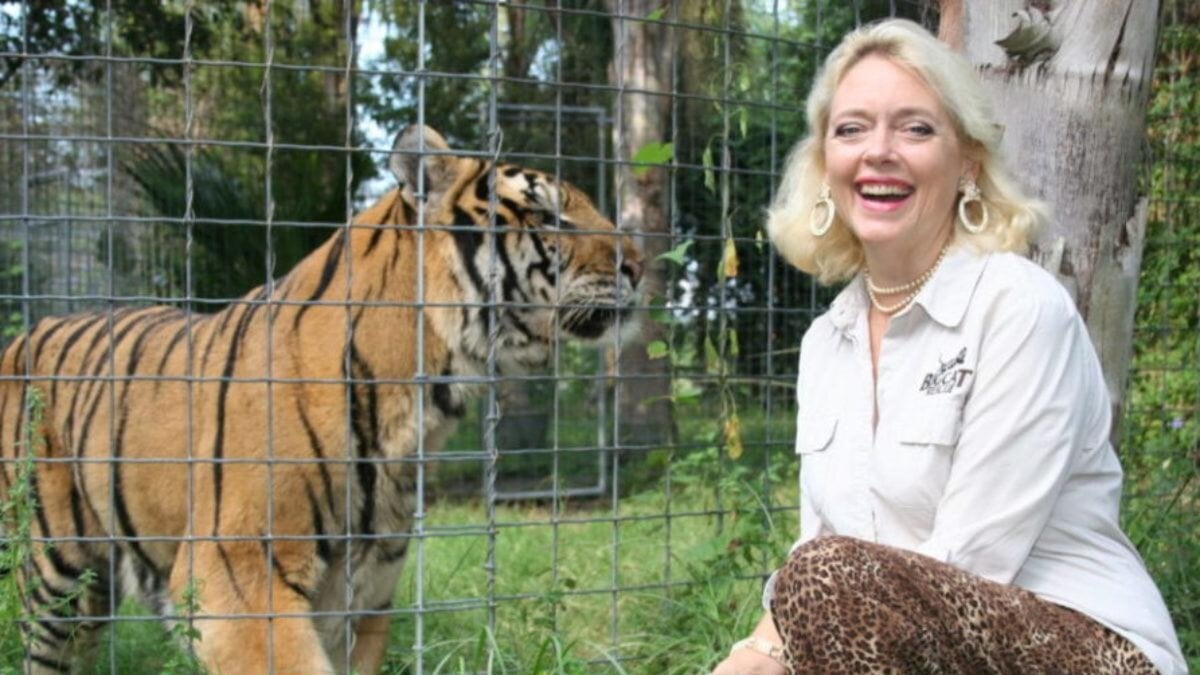 Carole Baskin’s net worth was influenced by the $1 million trademark infringement lawsuit against Maldonado-Passage. As reported by Refinery29, the $1 million lawsuit was about Baskin inheriting money when her wealthy husband, Don Lewis, went missing. Many people speculate that Baskin may have killed her husband to inherit such a large sum of money, but this claim hasn’t been proven. 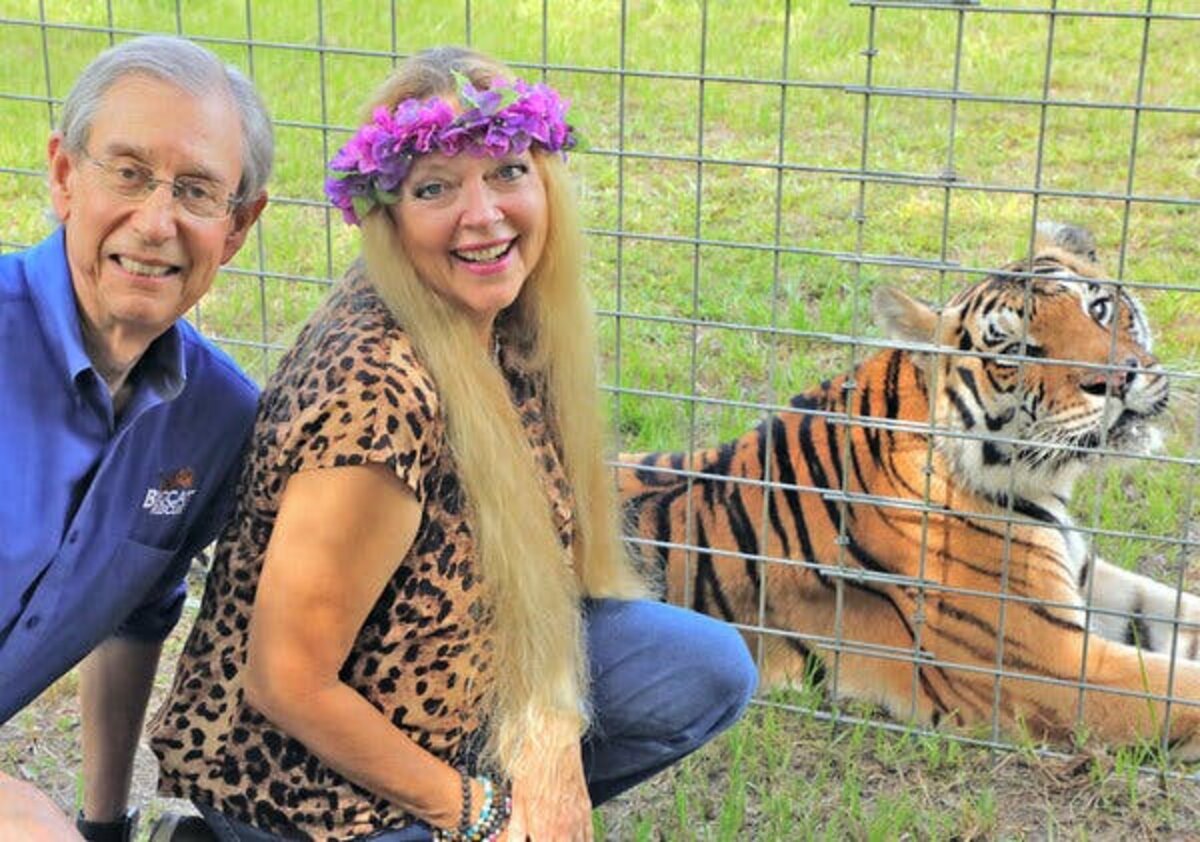 Did you know Don Lewis had daughters? Well according to Refinery29, Carole Baskin told her fans that Lewis’s daughters actually inherited $1 million worth of assets. This is apparently very different than what Lewis’s daughters told Netflix, as they claimed they only received “10%” of Lewis’s fortune. 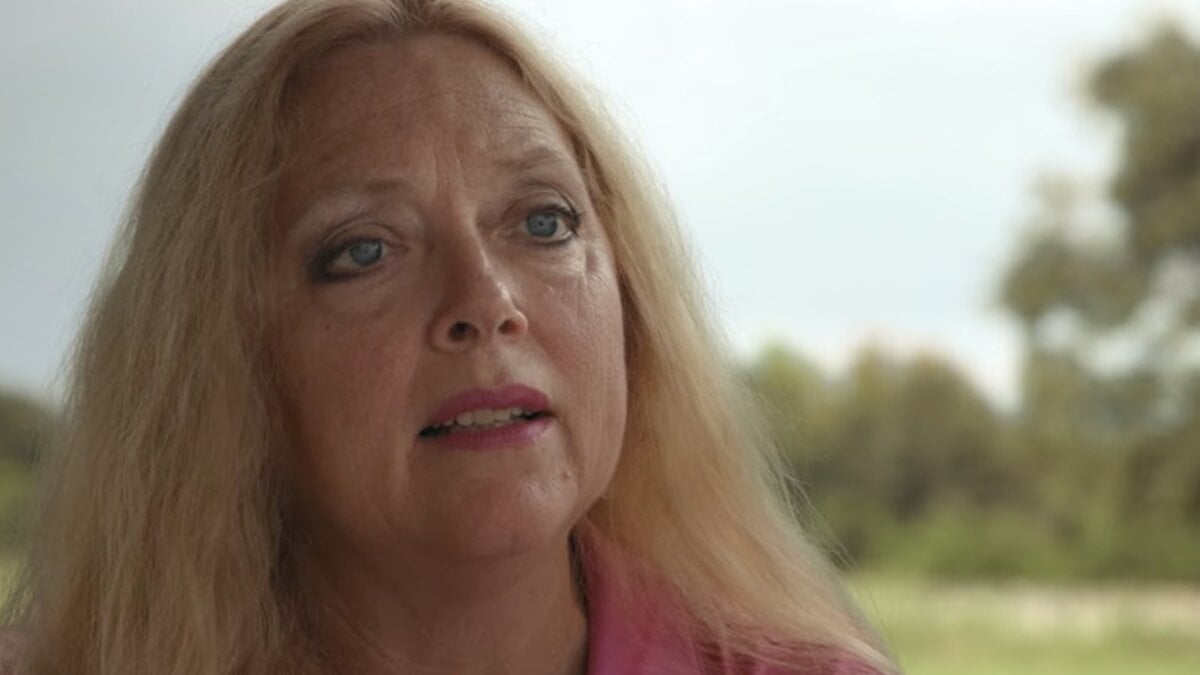 A highlight after Netflix’s Tiger King series was when Carole Baskin explained to her social media followers: “There are not words for how disappointing it is to see that the docuseries not only does not do any of that, but has had the sole goal of being as salacious and sensational as possible to draw viewers.”

Carole Baskin’s long message to Tiger King fans was interesting as Netflix’s docuseries definitely increased her net worth and included her message to advocate for cats across the world. 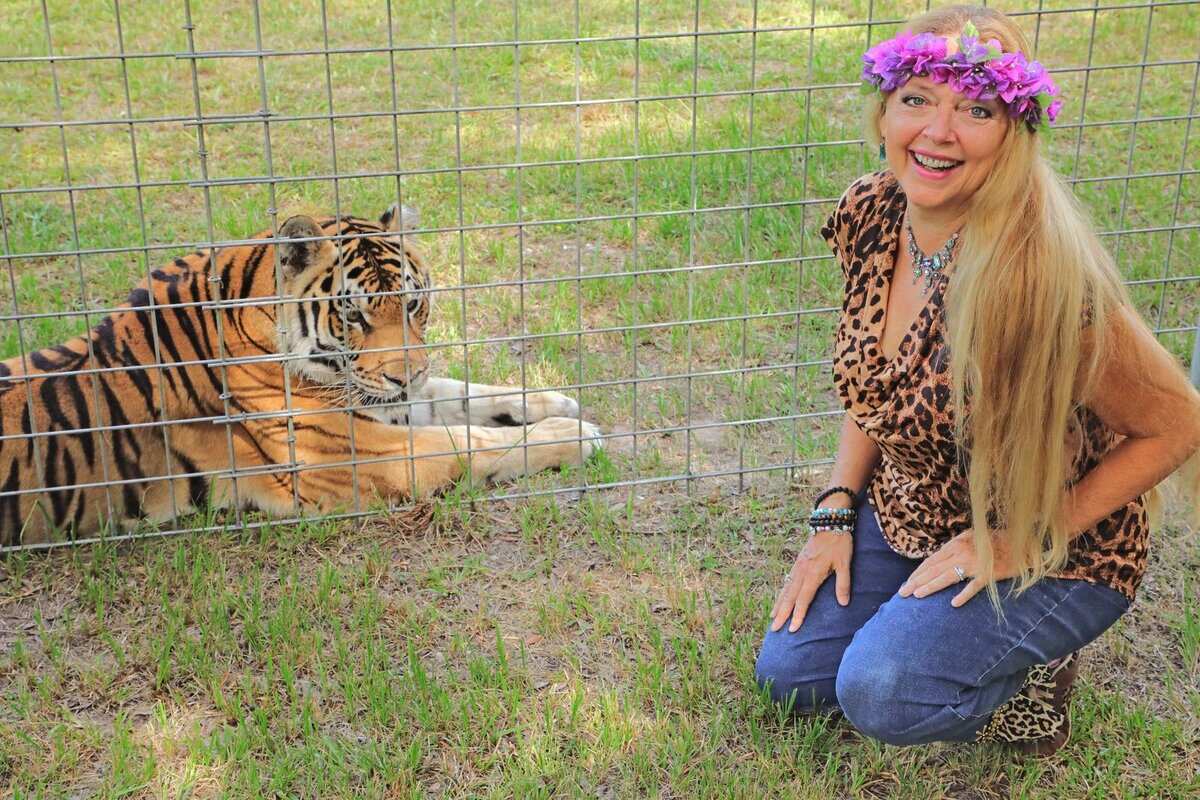 Republic World reported that Carole Baskin originally worked at a regular department store, until she found her love of cats. From there, Baskin started selling & breeding cats for quite some time.

Carole Baskin’s Big Cat Rescue was not always a non-profit animal sanctuary, as it started back in November 1992 as a bed & breakfast called Wildlife on Easy Street. The bed & breakfast kept their guests engaged with a baby wid cat in their cabin. In 1995, the cabin became an animal sanctuary and brought Baskin her million dollar net worth.

The tickets to visit the tiger queen’s animal sanctuary, were approximately $29 per person back in 2018 according to Stylecaster. After the Netflix docuseries, Tiger King, was released, we can only imagine the rapid price increase of her sanctuary & her net worth. 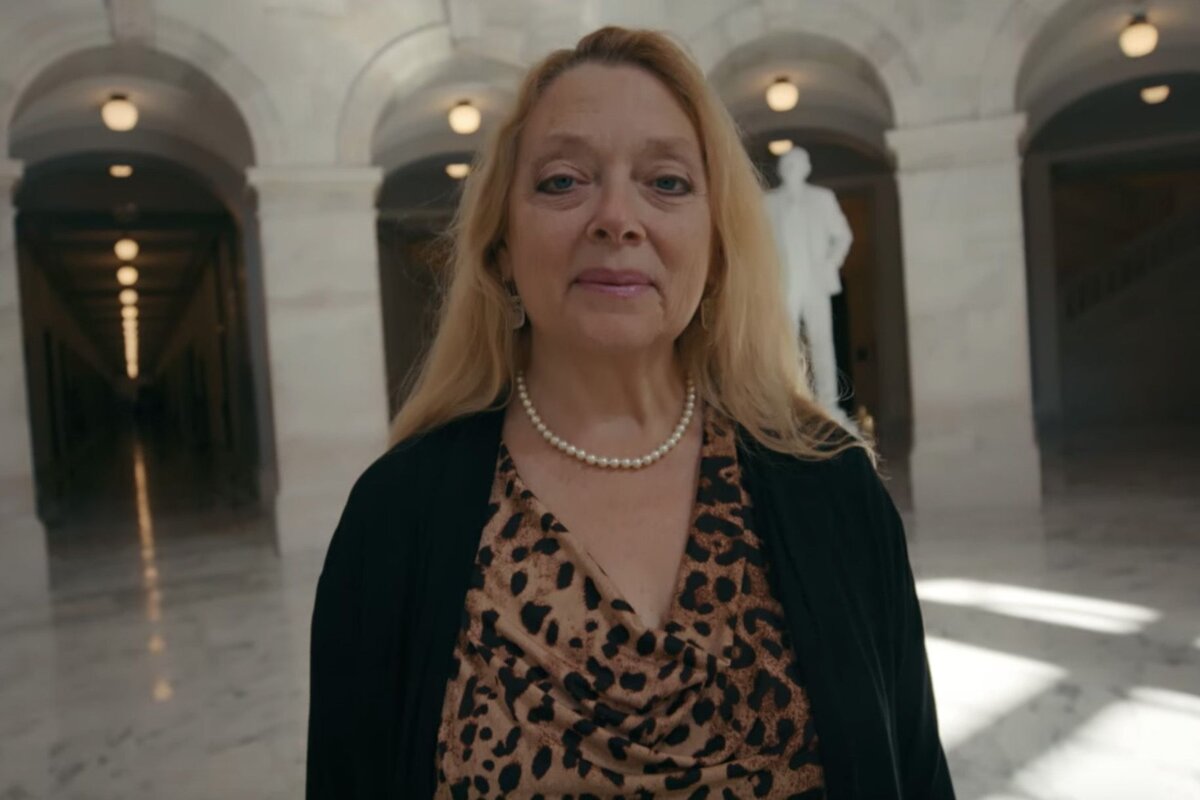 The Sun (UK) reported in 2019, Carole Baskin paid twenty of her sanctuary staff & contractors a total of $983 thousand. Apparently the Big Cat Rescue owner also doesn’t pay her employees to look after the animals.

According to Stylecaster, Carole Baskin’s net worth was between a whopping $1 million & $10 million by April 2020. This was reported after the Netflix docuseries, Tiger King aired in March 2020.

Carole Baskin’s net worth also increased in September 2020, when she was a contestant on season 29 of  Dancing with the Stars. Baskin was joined by Pasha Kovalev, and ended her dancing career as quickly as it started. Though Baskin didn’t get far in her lion costume, according to CNN, she definitely used the stage to advocate for her cats & the Netflix docuseries. Go big or go home Carole Baskin.

Do you really think Carole Baskin has earned her entire net worth through her animal sanctuary? Let us know in the comments below.