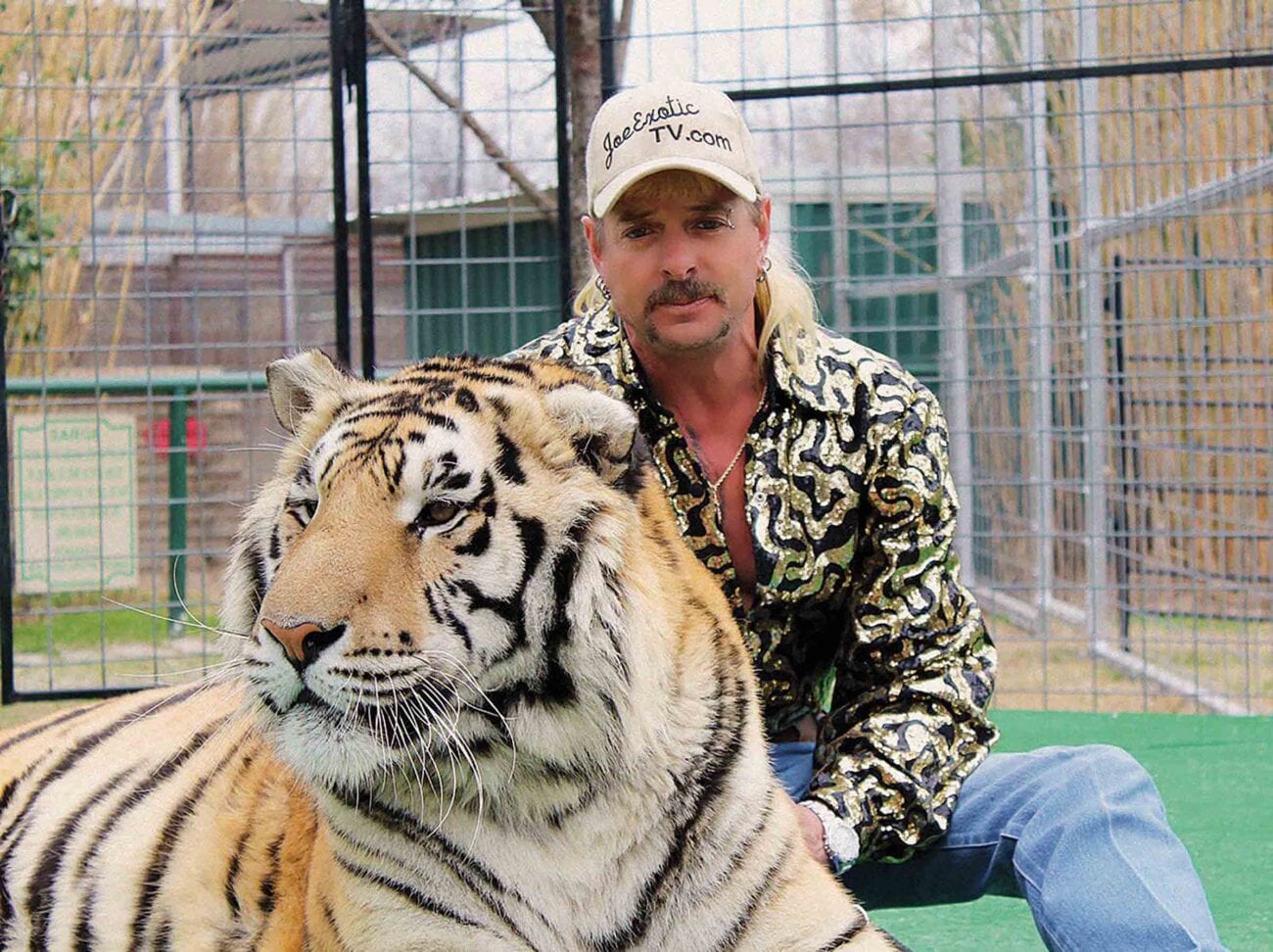 Here’s the latest real life episode of Netflix’s ongoing docu-saga Tiger King: Murder, Mayhem and Madness. Joe Exotic believes he will get a pardon for his crimes from President Donald Trump. A rep for Joe Exotic said the Tiger King star’s lawyers have been in contact with officials from Washington D.C. in connection with a pardon for the reality star from outgoing President Donald Trump. 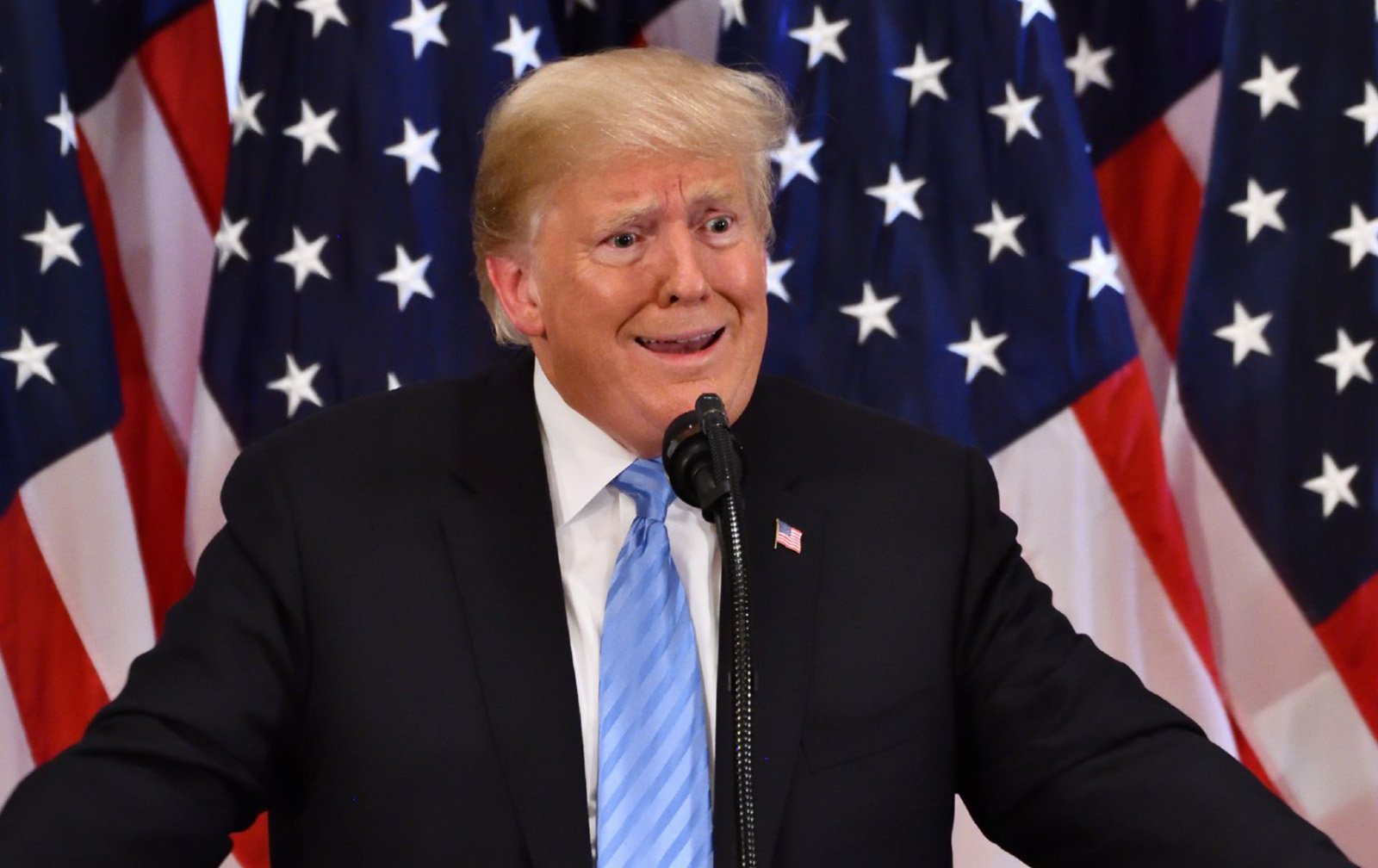 Eric Love, a rep for Joe Exotic the convicted Oklahoma zookeeper whose real name is Joseph Maldonado-Passage, said Exotic’s lawyers have been in contact with officials from Washington D.C. about a pardon for Exotic. The Tiger King star reportedly submitted an application for a pardon in September along with a handwritten letter where he calls the president his hero and insists he did not get a fair trial.

Love told Daily Mail that he’s preparing for the festivities of a potential parting with the Dallas limousine company, which has reserved a stretch Dodge Ram limo on call for Exotic’s potential ride home from his prison stint.

During an April press conference, Trump said he’d “take a look” when asked if he would consider pardoning Maldonado-Passage. That same week, Trump’s oldest son, Donald Trump Jr., joked he would lobby for a pardon for Tiger King’s Joe Exotic on SiriusXM’s “Jim Norton & Sam Roberts” radio show. In September, Exotic submitted to authorities a 257-page report request to the U.S. Department of Justice for his pardon from Trump. 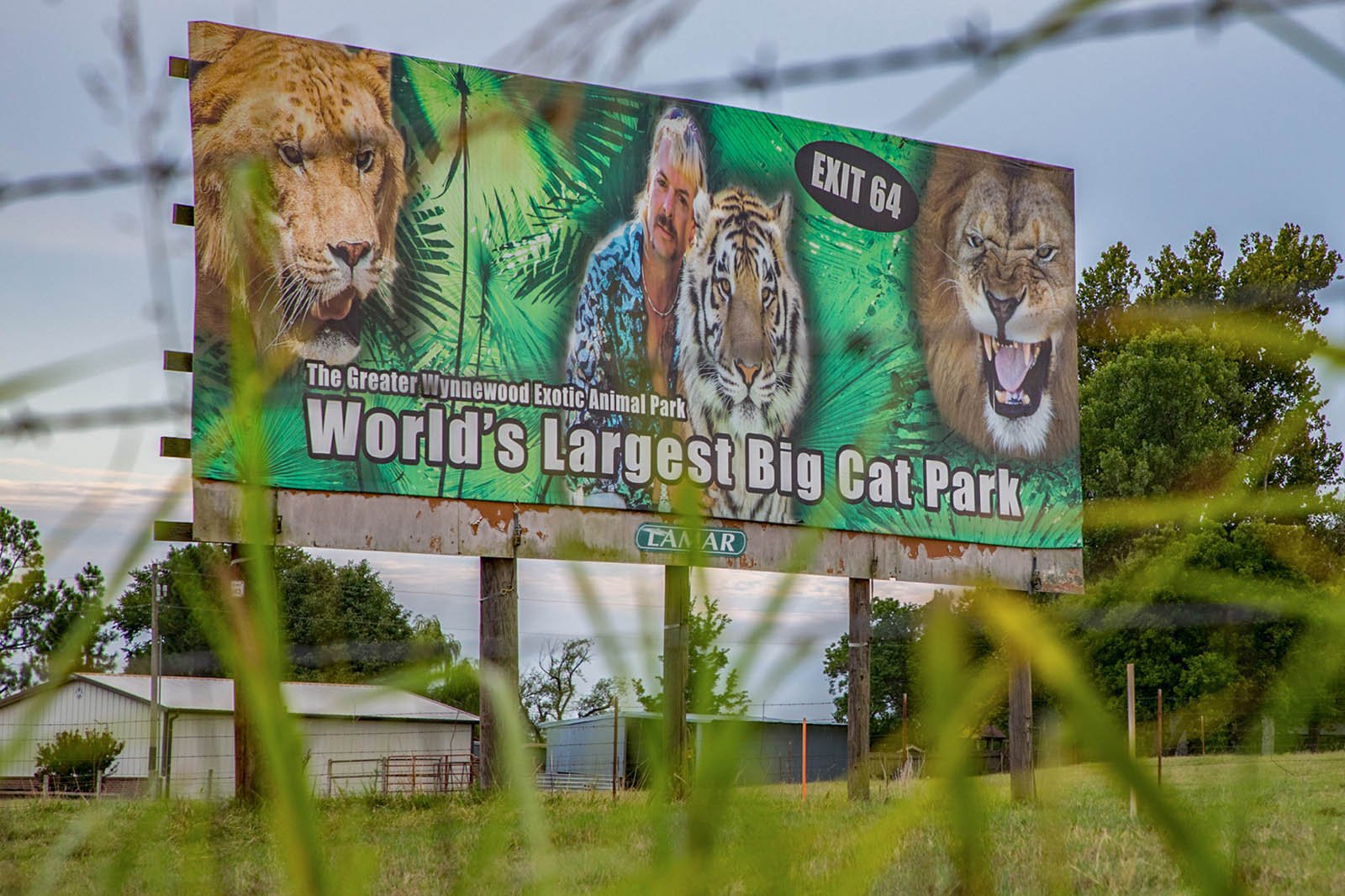 “Joseph is scheduled to be released from (Bureau of Prisons) custody in 2037; however, with his compromised health, he will likely die in prison,” Exotic’s lawyers said in court docs. “He humbly requests a pardon to correct the injustices he has experienced and to have the opportunity to return to providing meaningful contributions to his community.”

An official Instagram account for Joe Exotic in September asked for letters to be sent to the acting pardon attorney to show support for the Tiger King reality star. It said an official pardon request would be made in less than forty-eight hours. Also, a change.org petition was launched since the docuseries debuted to get President Trump to pardon Joe Exotic. It currently has more than 59,000 signatures.

Joe Exotic, whose story was told in the hit Netflix documentary Tiger King: Murder, Mayhem and Madness, was sentenced in January in his native Oklahoma to twenty-two years in custody after he was found guilty for his role in  a 2017 murder-for-hire plot on his business arch-rival Florida wildlife sanctuary owner Carole Baskin; and wildlife law violations in the deaths of five tigers and breaching the Endangered Species Act. 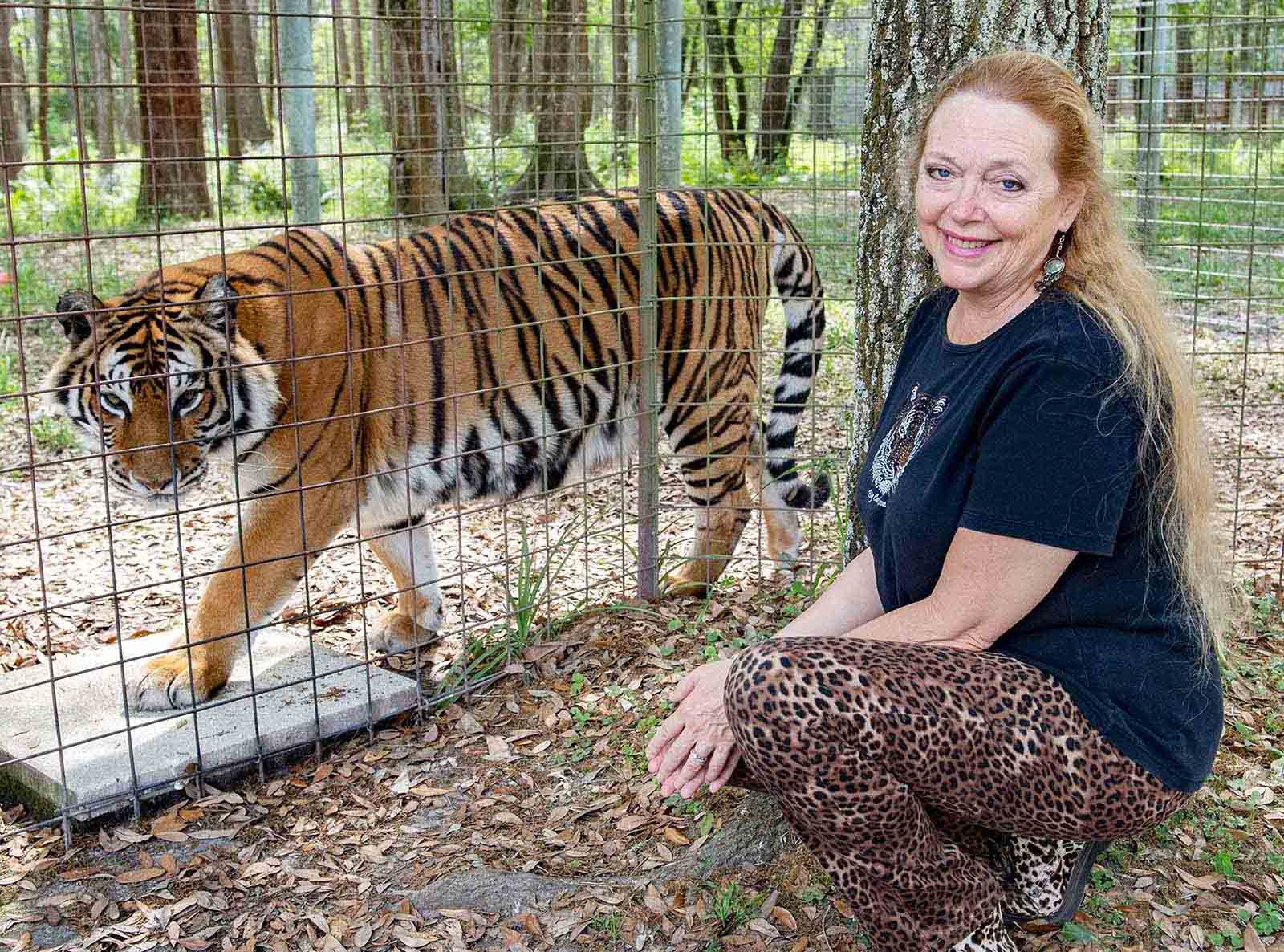 Exotic & Baskin’s decades-long feud came to a head in 2017 when Exotic attempted to pay a man named Allen Glover $3,000 to kill her. In the case, authorities said Exotic attempted to bribe the undercover FBI agent to murder Baskin, and was recorded saying, “Just, like, follow her into a mall parking lot and just cap her and drive off”.

Baskin, a vocal critic against Exotic’s park & animal keeping practices, had secured a million-dollar settlement against the Tiger King star after he lost a trademark infringement suit in 2011. Since the rivalry began, Baskin claims Exotic’s threats against her life were “constant” and that as a result, she saw “every bystander as a potential threat”.

“There is nowhere that I have felt safe, and worse, no way that I feel I can safeguard those around me,” Baskin once said in a statement. “So many of his threats involved blowing me up, so that he could thrill over seeing me burn to death.” 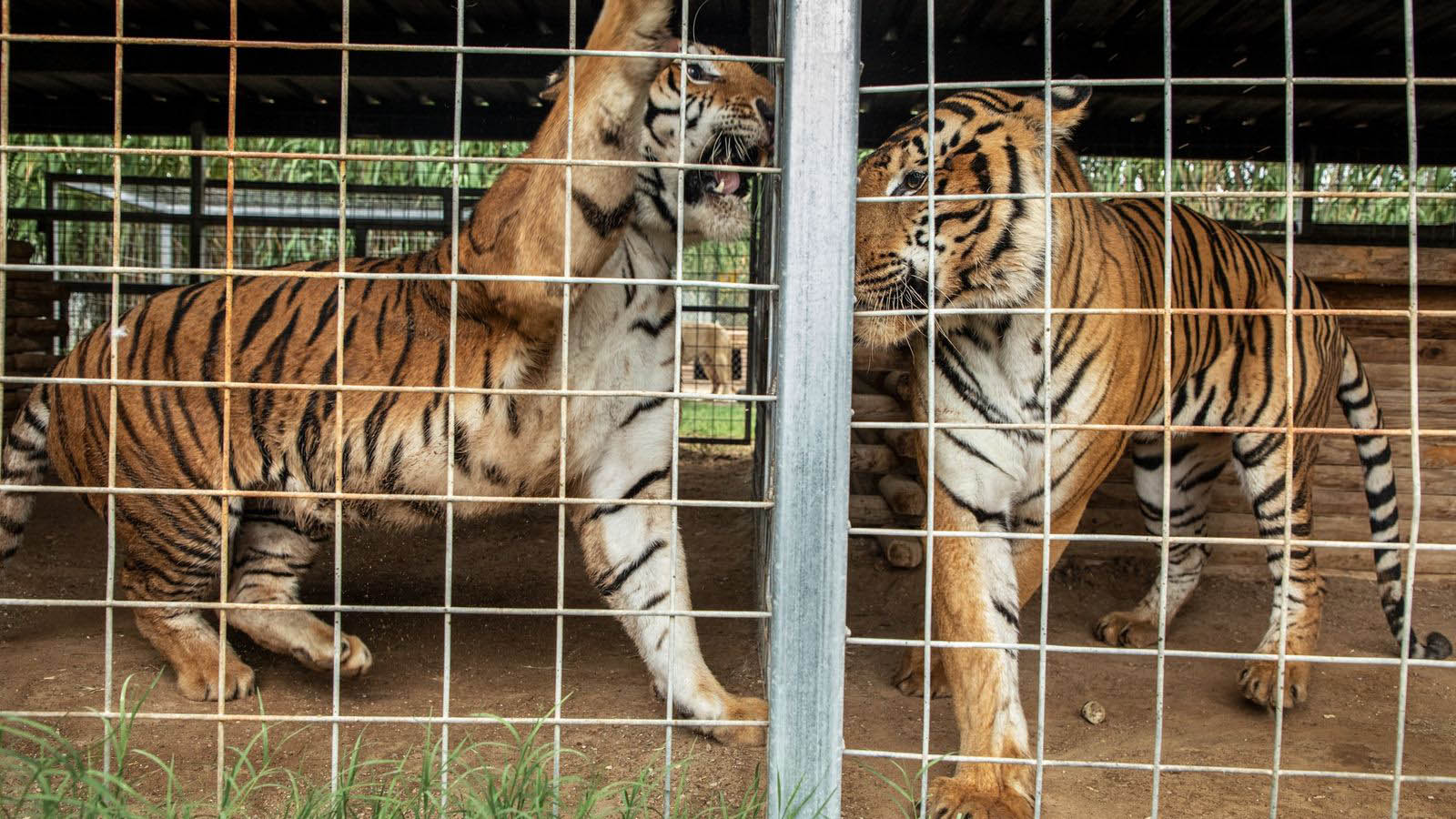 Baskin wasn’t the only one threatened by Tiger King Exotic’s irrationality—his tigers also came on the firing line. Erik Cowie, the head zookeeper at the GW Exotic Animal Park in Oklahoma, claimed Exotic put down hundreds of tigers over his time as owner of the Greater Wynnewood park.

“They euthanized them and had a veterinarian sign off on them with excuses like, they were too old, sick, etc.,” Cowie told the Daily Mail about the Tiger King star. “Most of the time a veterinarian wasn’t even around when things like that would happen, but he would write it down on a log, so he could be covered in case government inspectors wanted to check his books.”

There has been no word from any government source that there has been any progress on a pardon for Joe Exotic, but a member of his team claimed that their legal team has received multiple calls “from Washington D.C.” on the subject and says they are confident it will happen.