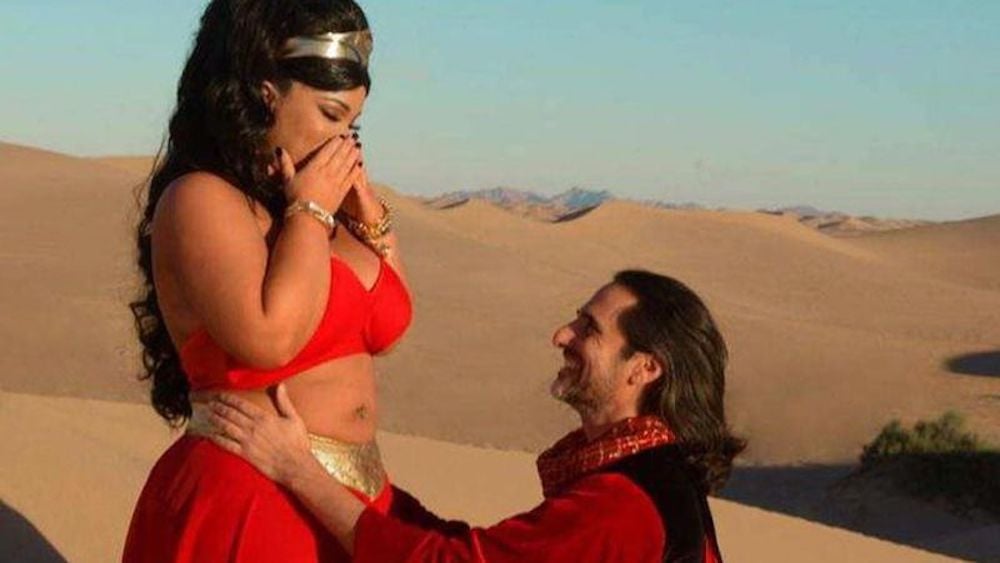 Instagram queen: Trisha Paytas engaged? All to know about her love story

Thirty-two-year-old Trisha Paytas is now engaged! The controversial creator is finally tying the knot with Israeli artist Moses Hacmon. She shared the news on her backup Instagram account on Christmas day.

Find out everything you need to know about the influencer and the love story between Moses Hacmon & Trisha Paytas. 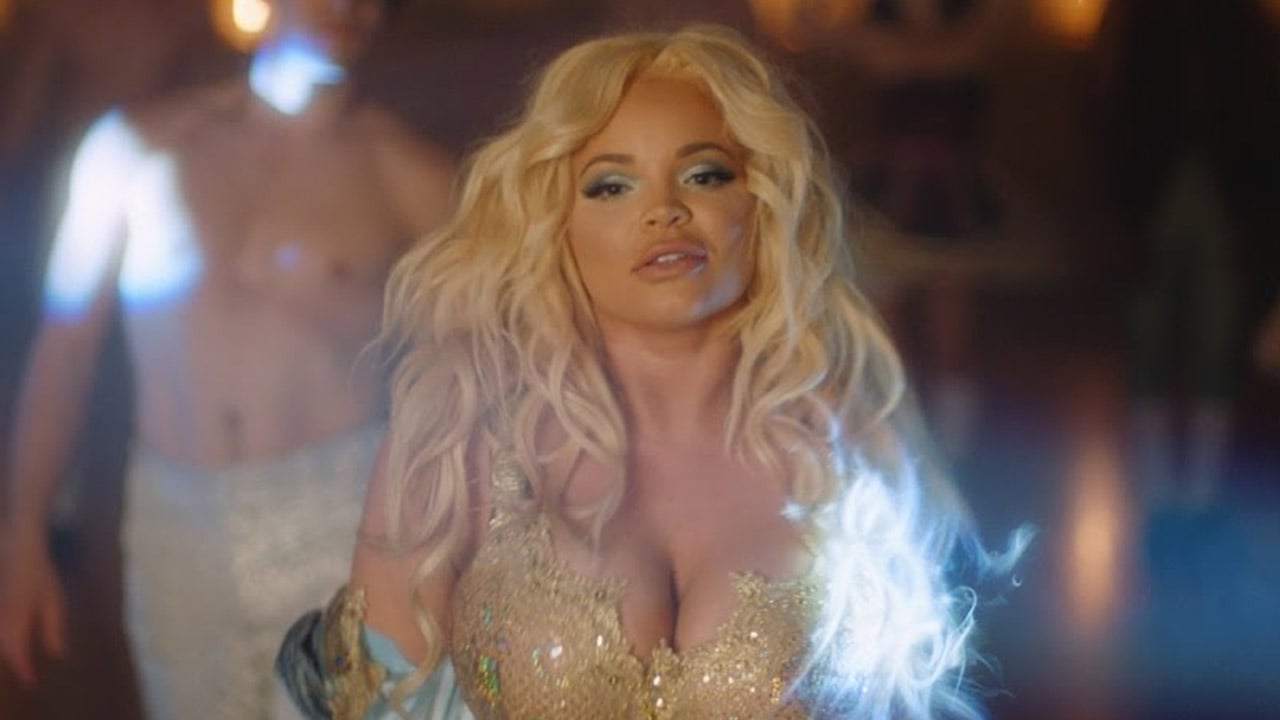 Trisha Paytas has been on our radar since she first joined YouTube in 2007. For thirteen years, she’s posted controversial content. Amongst her videos are mukbangs, shopping hauls, and personal vlogs/storytimes which once took place on her kitchen floor.

She always seems to be caught up in some scandal or drama which also involves other influencers. Trisha has recently fought with David Dobrik, Ethan Klein, and the D’Amelio’s on TikTok. On her YouTube channel blndsundoll4mj, Trisha has accumulated over 4.8 million subscribers.

Trisha Paytas is a self-proclaimed troll on social media. When she announced her recent engagement news, Paytas’s fans were hesitant to congratulate the YouTuber. Let’s take a look at her relationship with Moses Hacmon. 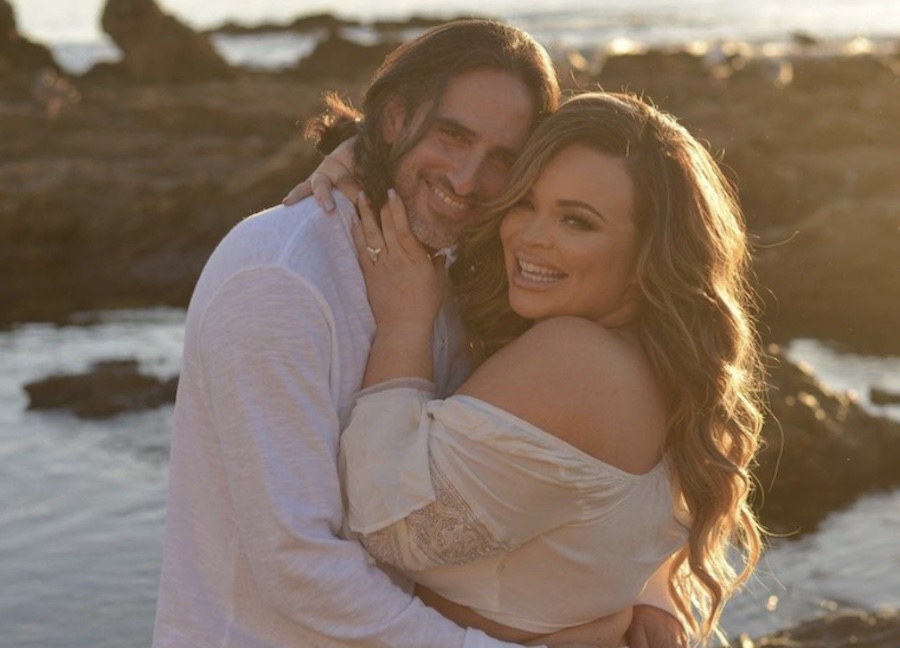 “WE’RE ENGAGED!!!!!!!! 💍 Ima be a wifeyyyyy 😭 future Mrs @moses_hacmon 👰🏼 MERRY CHRISTMAS 🎁 WE DID IT 👏🏻,” Trisha Paytas wrote alongside her Instagram post. Many questioned the authenticity of the announcement, but things look legit for the loved up couple.

What’s most surprising about the situation is Moses’s relationship to YouTuber couple H3H3, Ethan & Hila Klein. Moses is actually Hila’s brother. Even after a complicated relationship between Trisha Paytas & H3H3 . . . it looks like the old saying is true: “keep your friends close and your enemies closer.”

Moses Hacmon & Trisha Paytas met when Ethan & Hila Klein created a “Bachelorette-type” show to help Trisha find love. Luckily for her, Trisha found the artist Moses and they’ve gone from strength to strength ever since. 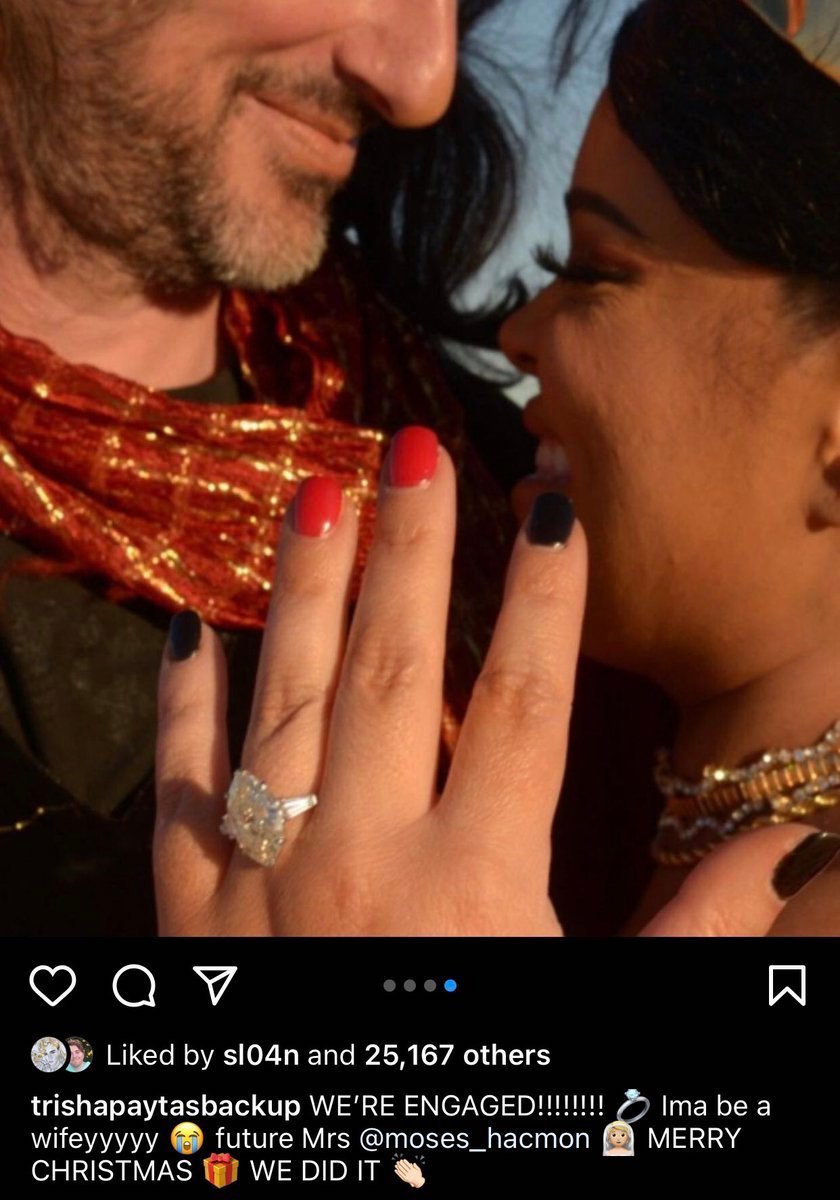 However, the Klein family weren’t too keen about the pairing when a series of Twitter exchanges were sent. Ethan Klein set rules about the dating show and since COVID-19 delayed its start, Trisha had to agree. It was preferred she wouldn’t message with any of the contestants in private, but if Paytas did, she would have to let them know.

Unfortunately for Ethan, Trisha didn’t abide by the rules and went ahead after showing interest in his brother-in-law.

After this tweet was sent, Ethan responded. “Stop this right now,” as well as a vomiting emoji. “I’m not really mad, just confused and wondering what the actual f— is going on.” Ethan & Trisha appear to have buried the hatchet with their new popular podcast Frenemies going strong.

“Sorry Trish but even Jesus here couldn’t fix ur broken a–,” Klein replied. Paytas asked him not to troll her for “being in love.”

Sometimes they have huge blowouts that can endanger the podcast, but they always manage to patch things up. Now, the pair will actually be family! Who’d have guessed? To fully immerse herself with her fiance’s culture, Hila & Moses are both Israeli and Jewish, and Paytas clearly wanted to show how dedicated she was to her new love by learning about his culture throughout 2020. 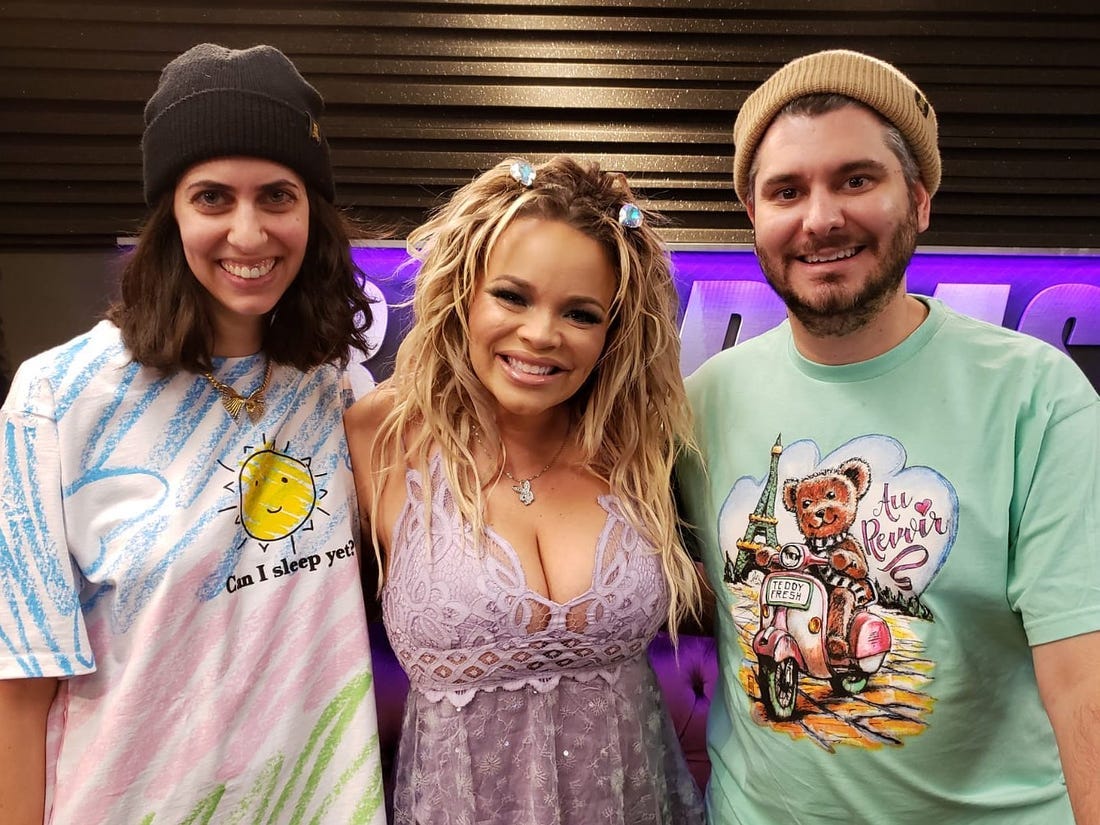 Trisha Paytas has been posting videos about the Hebrew alphabet, then vlogged about prepping for Passover, where she bought kosher foods from the supermarket and got dressed up for the occasion.

Hila Klein including an equally controversial creator Shane Dawson shared his thoughts on the engagement along with congratulations. Could this new relationship continue drama free? Or will it crash and burn?

What do you think of online troll Trisha Paytas’s recent engagement news? Will the relationship last? Let us know your thoughts in the comments.