Why can’t Trisha Paytas and her big boobs get canceled? The latest news

On the internet, nothing stays secret for long. When something goes online, then you can be certain it’ll stay there. Scandals can make or break an influencer’s career. Unfortunately for most, longtime controversial creator Trisha Paytas has remained online for over ten years.

Why should Trisha Paytas leave the internet? What latest scandal has her infamous big boobs got into now? Here’s all you need to know. 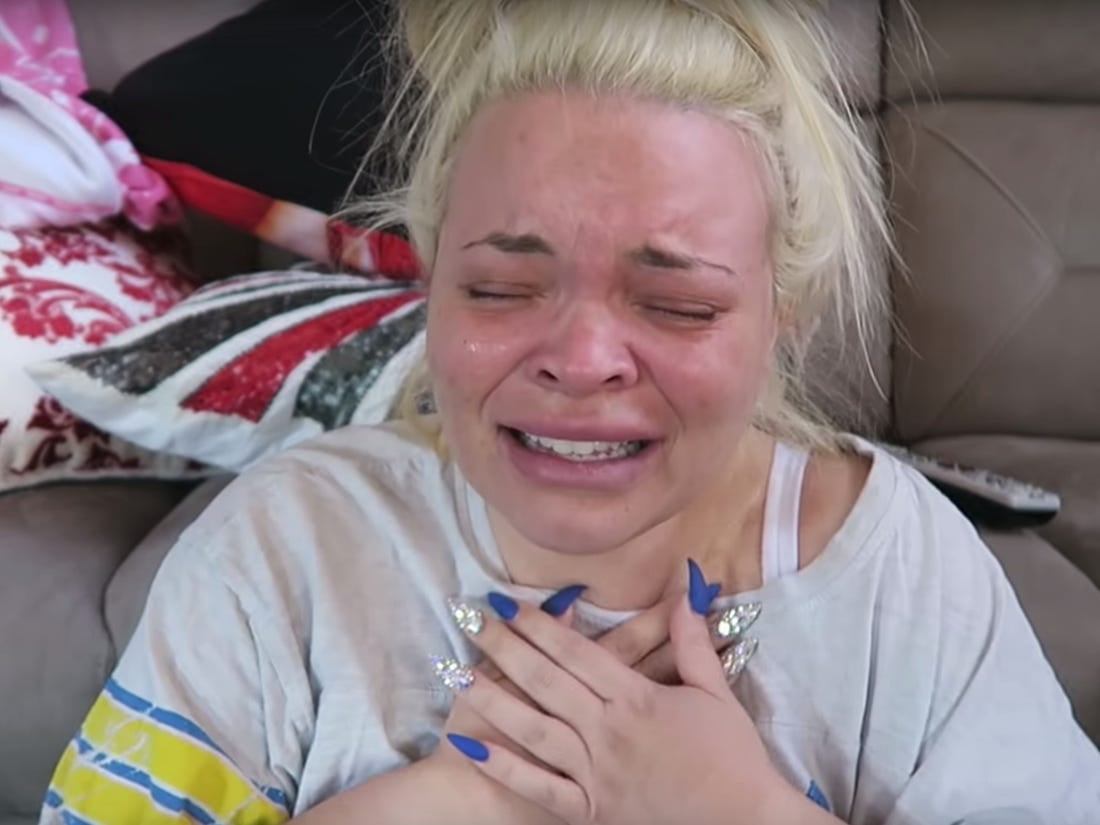 Trisha Paytas has remained on everyone’s minds during her controversial career. Whether it be for racism or some other inappropriate and mishandled statement. There was even a time when Trisha identified as a chicken nugget. Yes, seriously. It’s hard to see how she continues to gain millions of followers no matter which social media platform she joins. Perhaps it’s based on the drama that follows her.

Trisha Paytas joined YouTube in 2007 and has continued to remain in the headlines since she started. For over a decade, Trisha’s posted mukbangs (food eating videos), storytimes, day-in-the-life vlogs, and shopping hauls. Now, Trisha is known for her naked body including insanely large boobs posted from her OnlyFans and the latest scandal she’s involved in.

The YouTuber has claimed she’s a troll and has embraced that title. She’s been known for her famous cameos in music videos including an Eminem video and pop-ups on some reality shows including The Ellen DeGeneres Show. (Before you ask, yes, Trisha has claimed Ellen is mean). Oh, let’s not forget she’s a musician too, with her not-so-iconic singles including, “I Love You Jesus”. 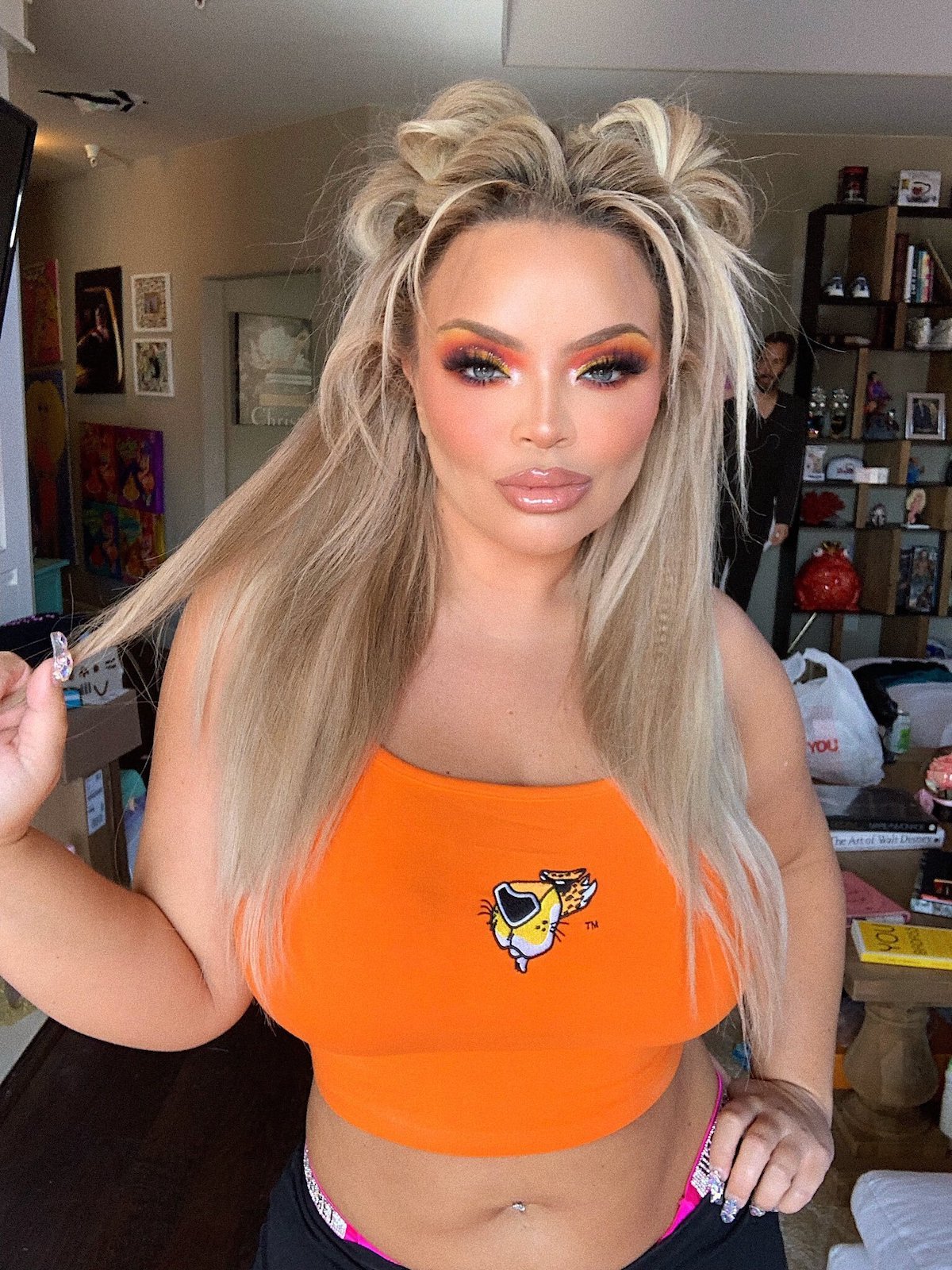 After a few years of constant scandals, it appeared as if Trisha Paytas was finally settling down as she hit thirty-two-years old. Following a scandalous relationship with David Dobrik’s best friend & collaborator Jason Nash, Trisha was involved in a variety of scandals and made shocking claims against the YouTube group known as the Vlog Squad.

With that beef calming down, Trisha joined TikTok and started posting rather humorous videos. Not ashamed to say it, that King Tut video got us laughing. However, the drama-free life didn’t last long when she got involved in a TikTok scandal that’s been rocking the internet for the last few days.

Seriously Trish? You don’t have enough drama on your plate? 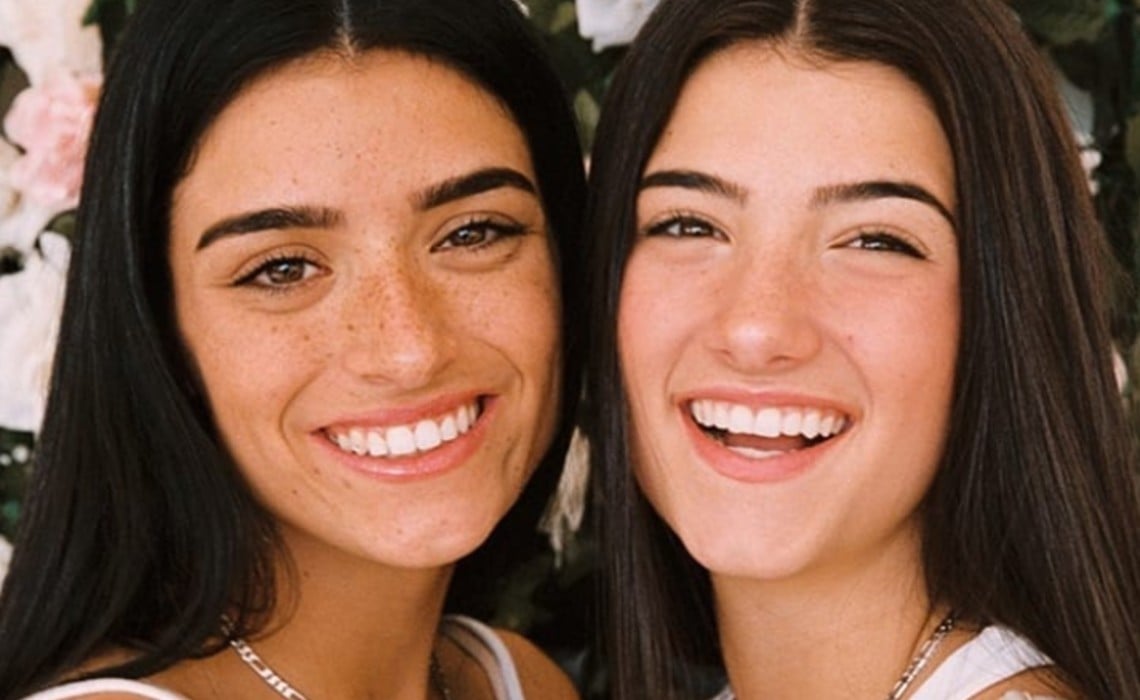 What kinda teenager enjoys eating snails? If that’s you, we’re sorry. But, not everyone enjoys the delicacy. Charli D’Amelio is one of the most famous accounts on TikTok and has become a household name over the last year. Alongside her sister Dixie and her family, Charli’s influence has taken the world by storm. But this always comes at a price.

The D’Amelio’s have recently started a new YouTube series called Dinner with the D’Amelio’s. The D’Amelio family is joined by influencer James Charles as they sample food from their personal chef Aaron May. The episode was not met by smiling faces and has given the family a bad name. 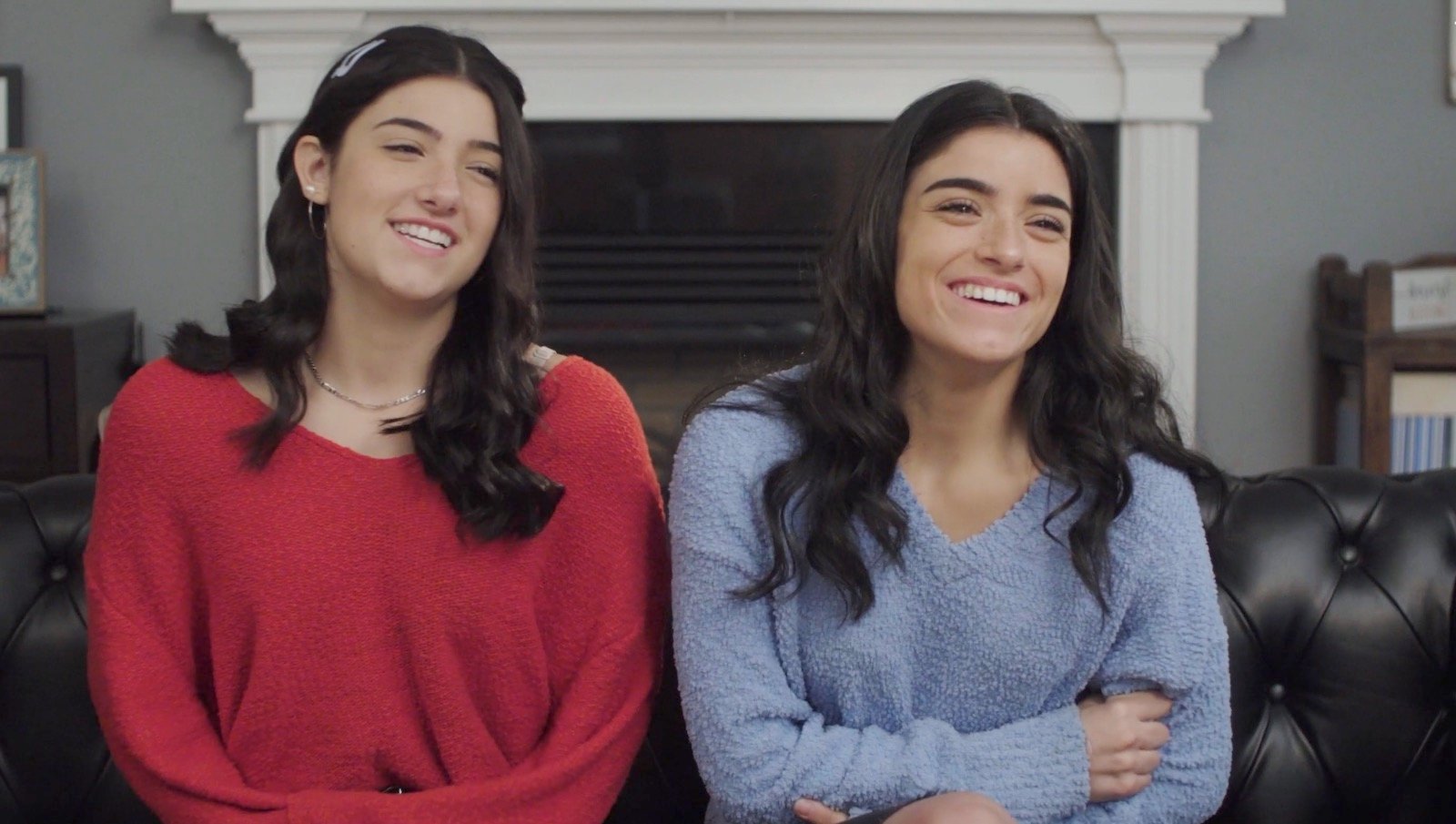 Charli & Dixie were being rather dramatic after being served a traditional paella from chef May. They acted out in a rude manner, pulled faces, and Dixie even ran out to allegedly throw up after the freshly prepared food was served. The YouTube episode has been trending since its release, but for all the wrong reasons. However, things were later explained by the family and resolved.

Charli also mentioned how she wanted to hit 100 million followers and fans took to social media to express their distaste for the video and its content. Among those included drama queen Trisha Paytas. 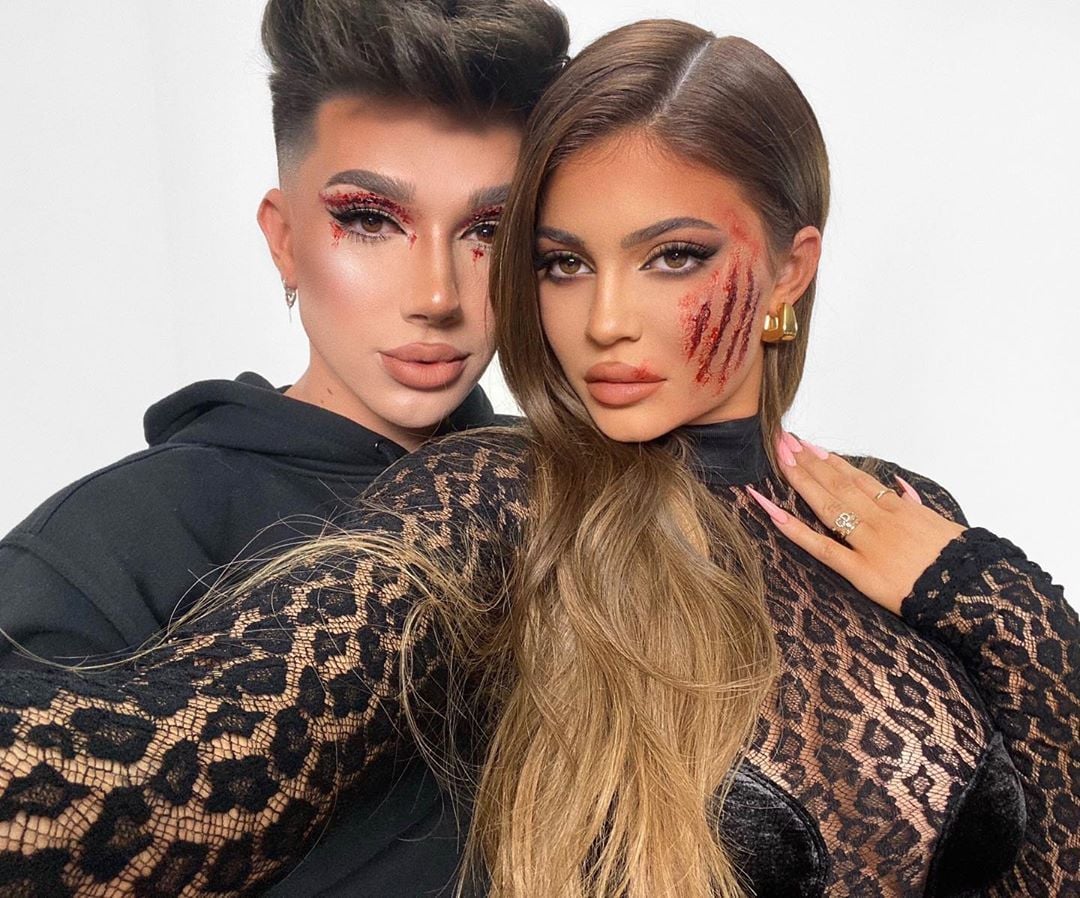 Okay, so if you haven’t been keeping up then prepare for a crazy ride. We’ll just let you read this series of tweets between beauty influencer James Charles and Trisha Paytas.

this charli situation is NOT sitting right with me… 100M followers in one year & y'all expect her to know how to be a perfect role model? death threats because she's a picky eater & made a joke about a milestone? 30+ year olds dragging someone half their age? feels familiar 😐

Poor parenting on ur parents end James for allowing u to be friends with Tati, a middle aged woman while u were a teen. Unfortunately u were the victim then. But now Charli is the victim, u being friends with a minor is predatory https://t.co/qyPQwSphqU

Imagine always being the victim in every situation,James how do u do it ? How r u so perfect ? I know it’s easy to deflect to me now. But imagine being JAMES CHARLES-More hated than even Trisha Paytas whew, what a feat 👏🏻 ps stop stealing small creators art,clothing, mu looks etc https://t.co/qyPQwSphqU

Definitely have always said no one deserves to be cancelled. Everyone has room for growth/positive influence. Except James Charles. Please cancel him. He a forever victim with a superiority conflict, has never said sorry his whole life/hangs out with an underage girl regularly

Caught up? Perhaps it’s best if people don’t get involved in other’s drama, but this is never the case when it comes to social media stars. James Charles was in attendance at the D’Amelio’s dinner when all hell broke loose. He decided to share his thoughts on fan reactions over the recent video.

Trisha released a reaction on TikTok and claimed that the sisters behaved in a shocking way and should be held accountable despite their young ages. She also made claims that James Charles’s friendship with the D’Amelio sisters could be seen as predatory.

James Charles posted this TikTok as a reply and fans were quick to switch sides once again and leave controversial creator Trisha Paytas in the dust. Other famous influencers called out Trisha Paytas and she’s still making videos attempting to expose those who come against her.

What do you think about the recent D’Amelio scandal? Should Trisha Paytas have gotten involved? Let us know your thoughts in the comments.