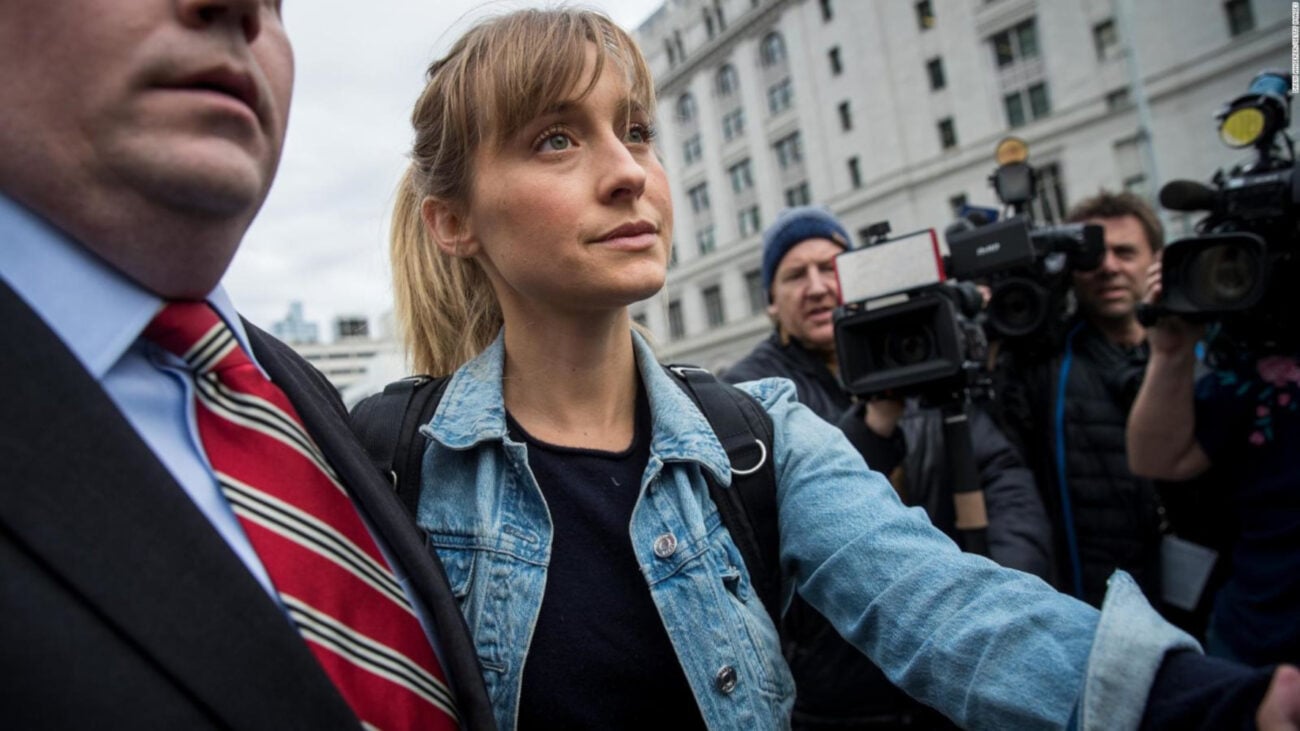 Who in Hollywood was connected to the NXIVM cult?

“We brought the entertainment industry into this company that happened to be populated with very pretty girls,” documentarian Mark Vicente lamented in a phone conversation to Canadian actress and fellow former NXIVM cult member Sarah Edmonson.

In HBO’s The Vow, Sarah Edmonson expressed regret for bringing in so many influential entertainers into the NXIVM cult. Had it not been for Edmonson’s reveal about DOS & branding in The New York Times, they may have recruited more. Allison Mack was in the process of trying to recruit Emma Watson & Kelly Clarkston when NXIVM fell apart!

Here are some of the people in Hollywood who were connected to the NXIVM cult. 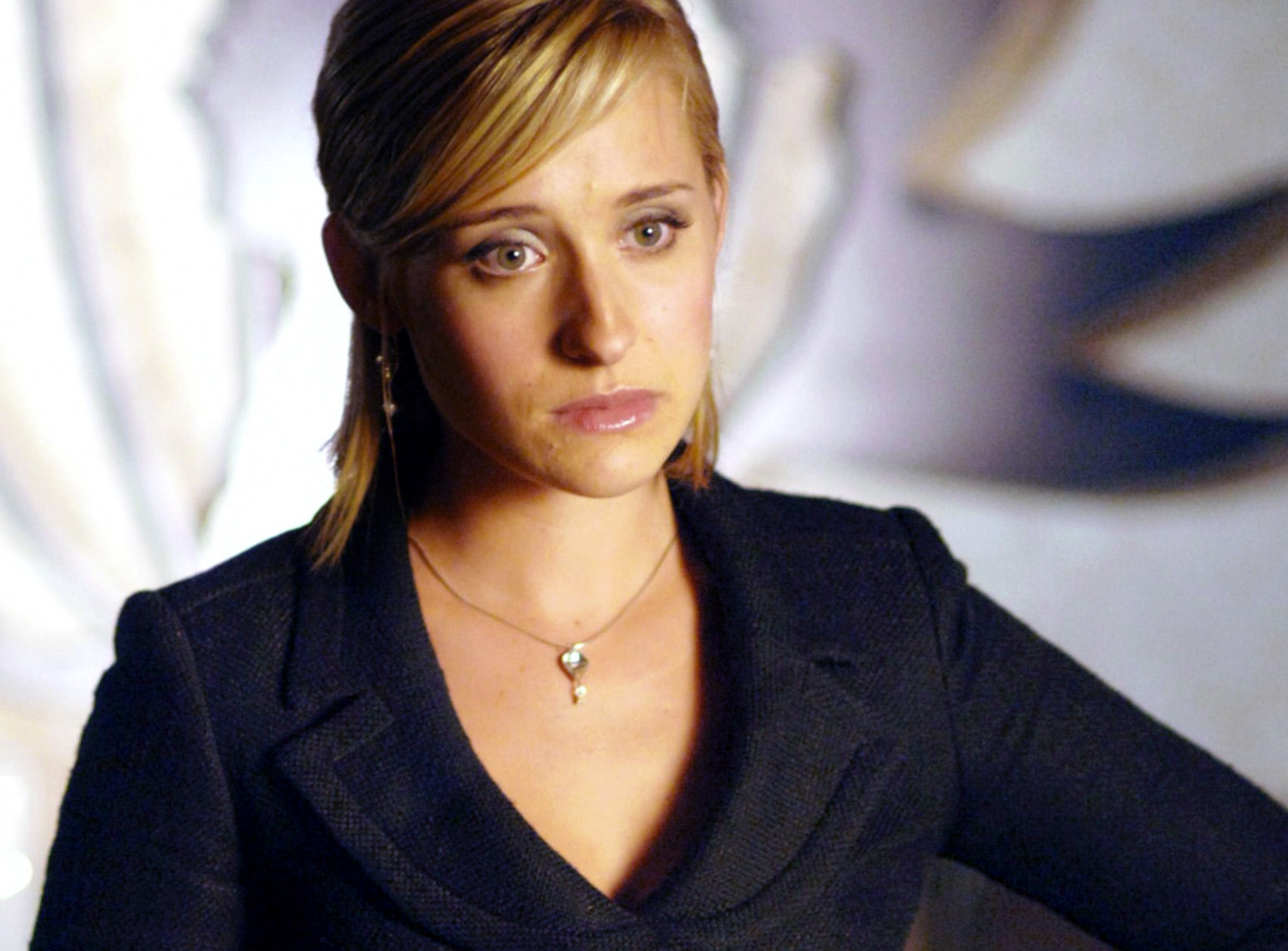 From Smallville sweetheart to top of NXIVM’s DOS sex cult food chain, Allison Mack had a long fall from grace. She initially joined NXIVM so she could embody the confident, sweet persona she admired in her Smallville character, Chloe Sullivan, Clark Kent’s best friend. She ended up helming a sex trafficking pyramid scheme for cult leader Keith Raniere.

The Vow details how Allison Mack lured fellow members like Bonnie Piesse to DOS and served as the “master” for Lauren Salzman and “grand-master” for Sarah Edmonson. At the end of Episode 3, Edmonson reveals that she believes she was branded at Allison Mack’s house.

Allison Mack’s initials also appeared to be worked into the branding’s design. Looked at from another way, they’re also Keith Raniere’s. Currently, Allison Mack is under house arrest and has been awaiting sentencing for a year. In 2019, she pled guilty to racketeering. 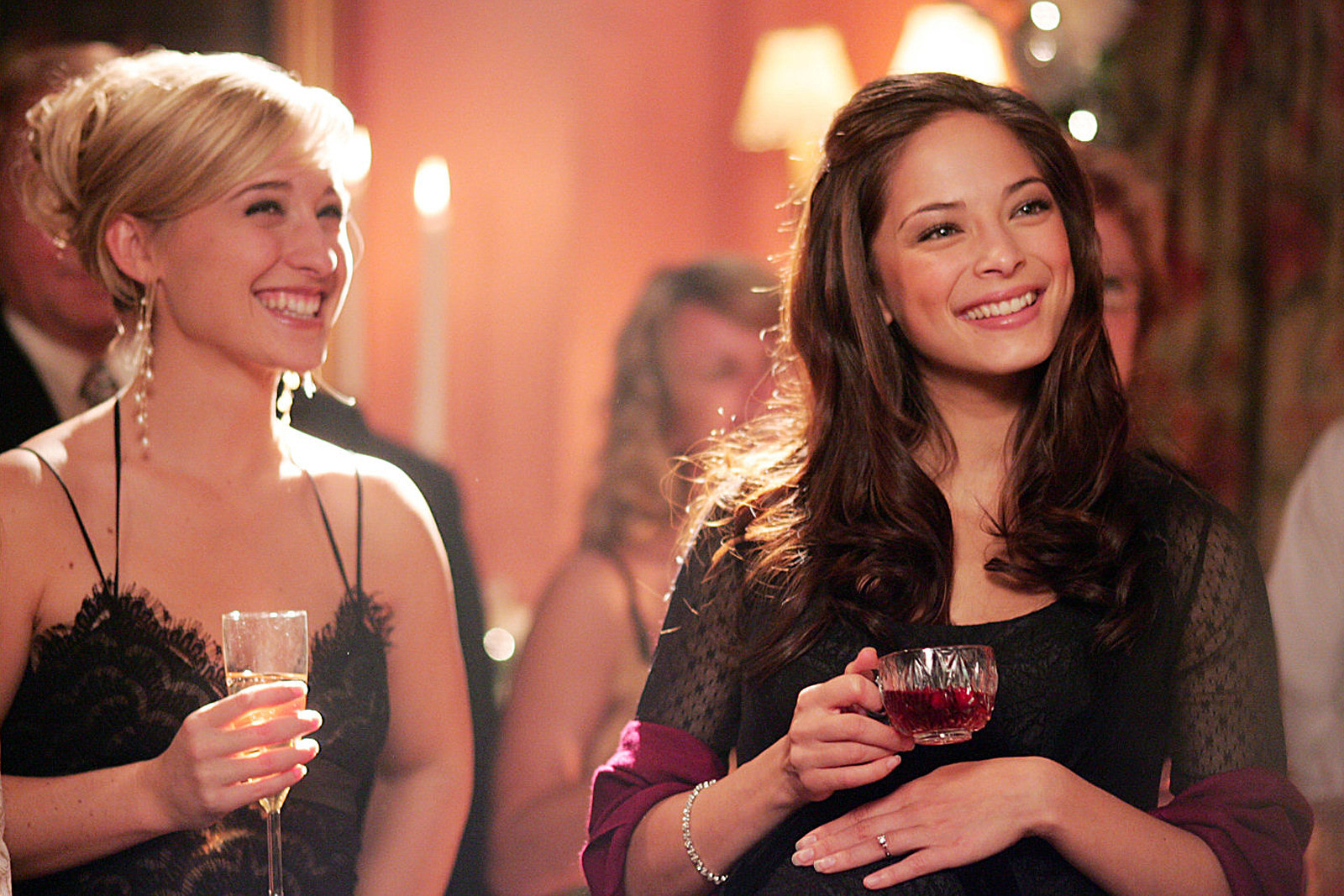 Fellow Smallville actress Kristen Kreuk actually introduced Allison Mack to NXIVM. However, Kreuk never got in as far as Mack did. Climbing the ranks of NXIVM was a tenuous, costly process that only the most dedicated members could accomplish in a short amount of time (or if Keith Raniere thought you were attractive).

However, Kreuk says she left NXIVM when she heard about the branding. In The Vow, filmed in 2017 just as NXIVM was being exposed, Sarah Edmonson & Mark Vicente speculate on the phone as to why Kreuk left, believing she was approached to join DOS. “I’m almost ninety percent certain that something uncool happened,” Vicente said of her departure.

Indeed, Kreuk released a statement about her involvement with NXIVM, denying that she had any part in recruiting women and that she left five years before allegations about DOS broke. Frank Parlato, a former NXIVM publicist who’s been exposing the cult for a long time, has contacts who reported that Kreuk left her professional role in NXIVM in 2013, but stayed on as a student through 2016, attending classes.

Kristen Kreuk says she initially joined NXIVM to “overcome her shyness,” as many actresses did. Grace Park & India Oxenberg also joined NXIVM to build their confidence to land roles. It’s still unclear why she left. 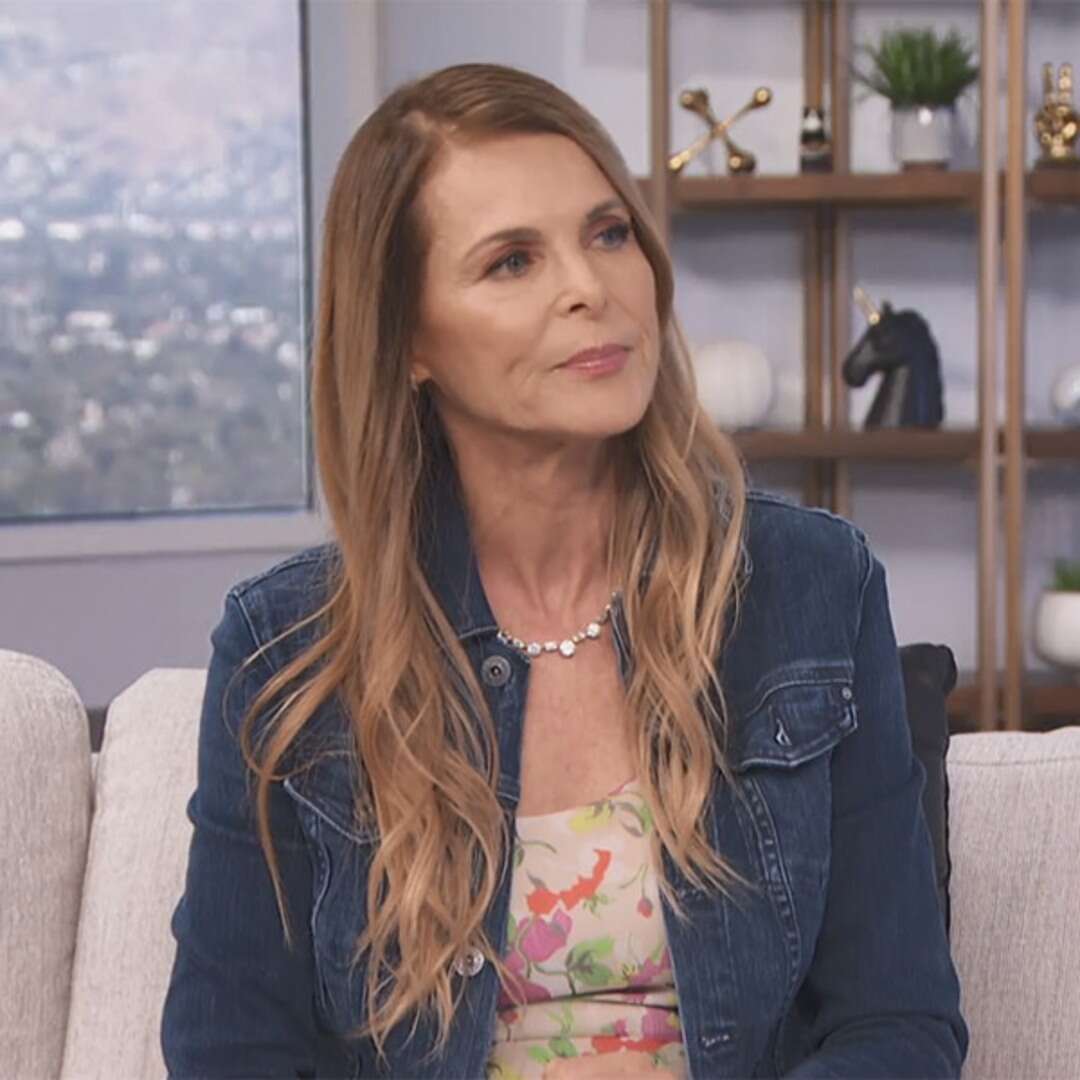 Dynasty actress Catherine Oxenberg only attended a few NXIVM workshops. While she didn’t think it would be a good fit for her, she knew her daughter India needed a boost in her confidence. Catherine Oxenberg signed her up for NXIVM, but India got in much deeper than anyone could have realized.

Bonnie Piesse, India Oxenberg’s friend in NXIVM, noticed something was off about her friend. She was losing a lot of weight and became more secretive. After India Oxenberg announced she was moving to Albany, NXIVM’s main HQ, to work with Keith Raniere & Allison Mack on a “secret project,” which may have been DOS, Piesse got her mother to intervene. 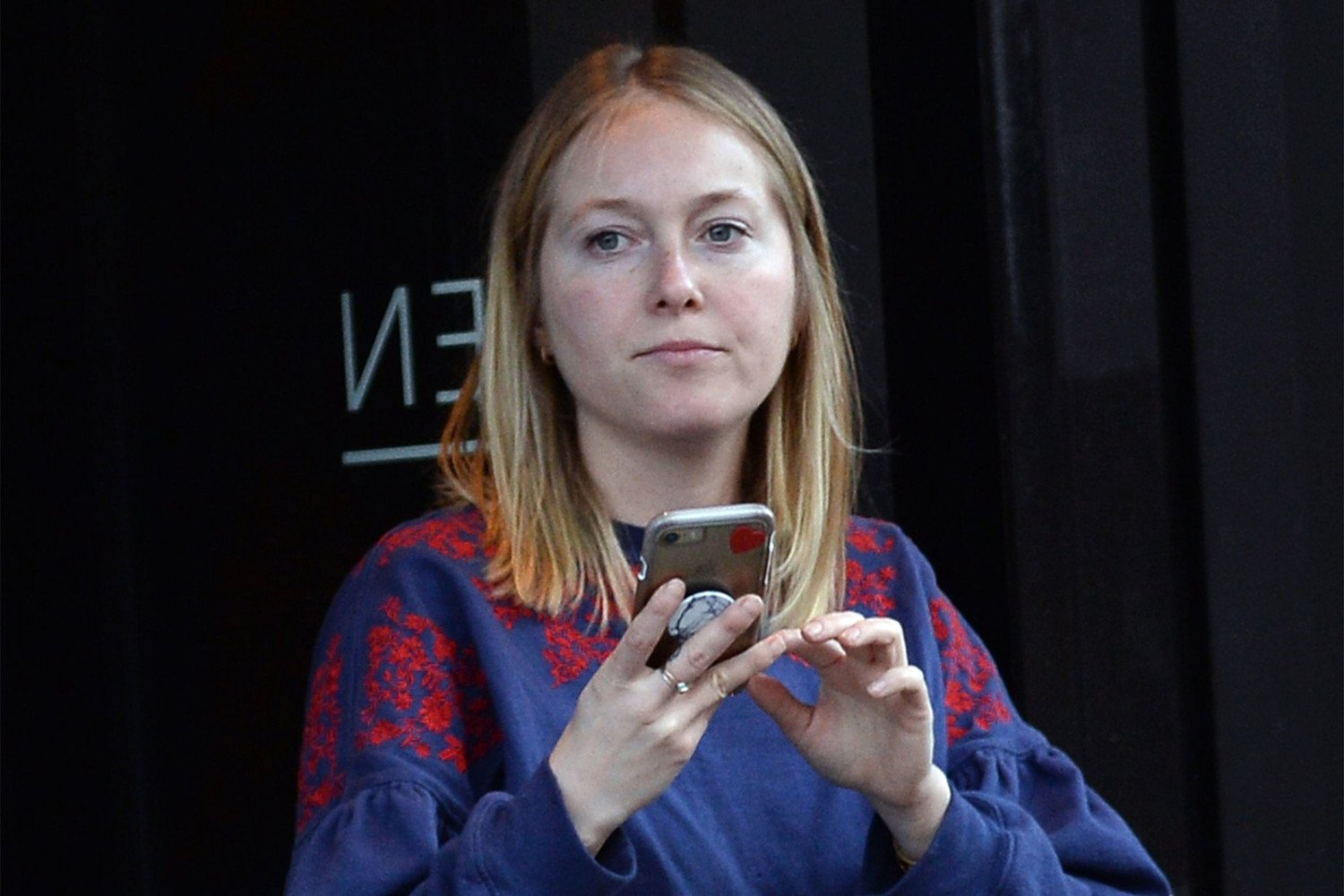 Catherine Oxenberg details her mission to rescue her daughter from the NXIVM cult in both The Vow and her book Captive: A Mother’s Crusade to Save Her Daughter from a Terrifying Cult.

India Oxenberg took longer to escape NXIVM than Sarah Edmonson and other women who were branded, mainly because she was so indoctrinated, she was proud of her brand at the time. India Oxenberg has recovered from her time at NXIVM according to Catherine Oxengerg, who says she’s in a much better, more confident headspace. 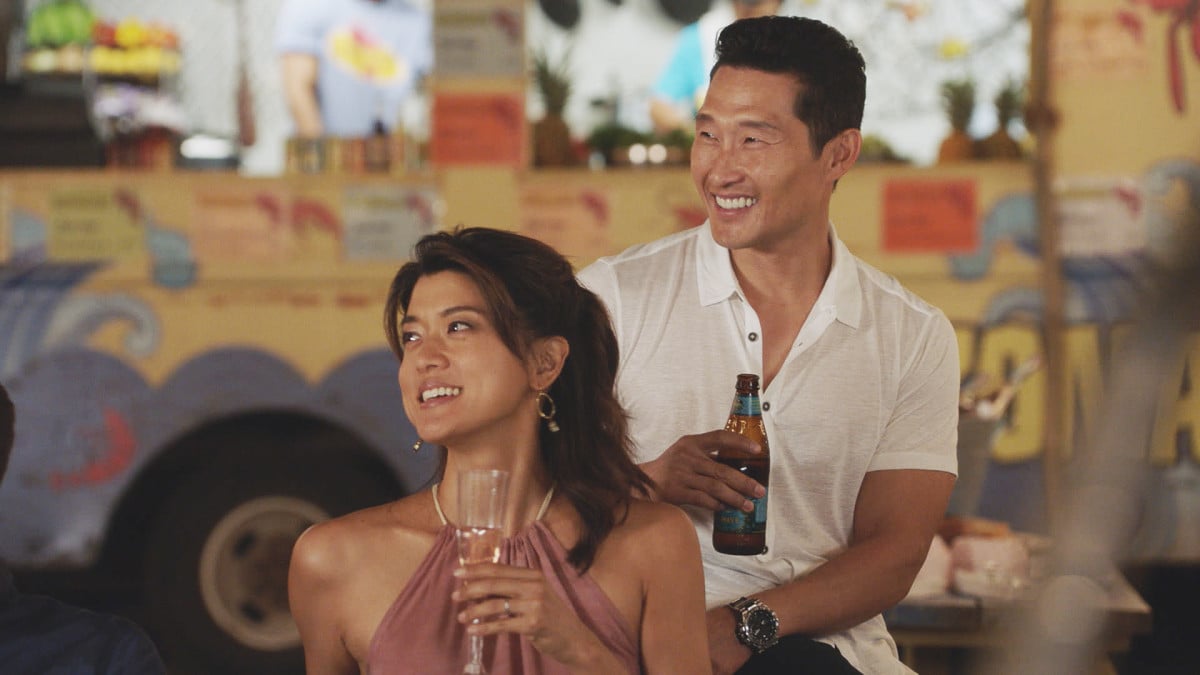 Like Kristen Kreuk, the Hawaii 5.0 star joined NXIVM to overcome her shyness and her aversion to public life. Around the same time DOS was exposed, she quit Hawaii 5.0, leading to speculation that she left for that reason (per Entertainment Weekly, she left due to failed salary negotiations).

During her time in NXIVM, Grace Park filmed recruitment videos with Keith Raniere asking philosophical questions that the NXIVM cult would answer for members in their program. While Grace Park wasn’t featured in The Vow, she had a cameo on why she joined.