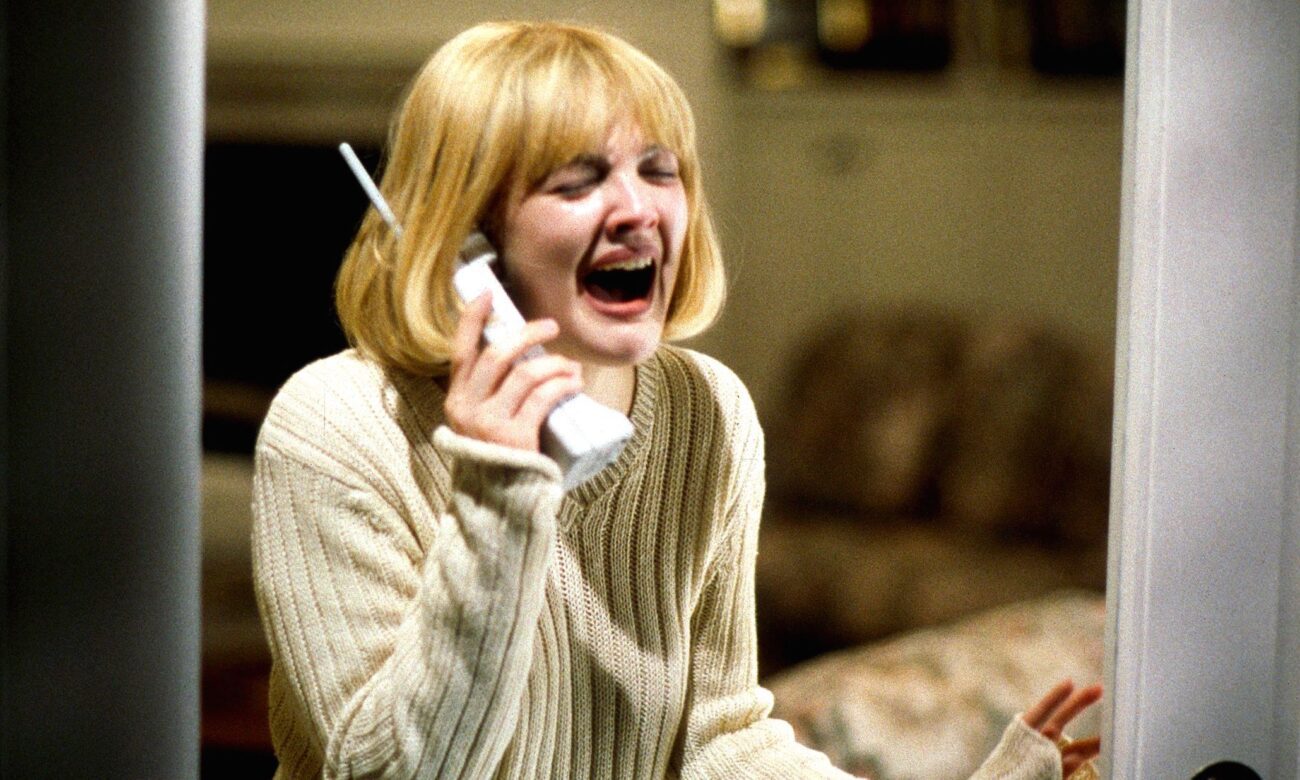 The horror movie genre has been responsible for terrifying evenings and countless sleepless nights for decades. Beginning in the 1920s with Lon Chaney’s silent horror films and taking off in the 1930s monster classics, these movies aim to invoke all of our taboos, revulsions, terror, and fascinations with the macabre.

Among these horror films, certain scenes stick out in our memory. These scenes shock us, scare us, and stand above the rest as the scenes of our nightmares. From the shocking death of Drew Barrymore’s character in Scream to the terrifying end of The Blair Witch Project, these scenes ensure that you won’t be able to sleep after the movie ends. 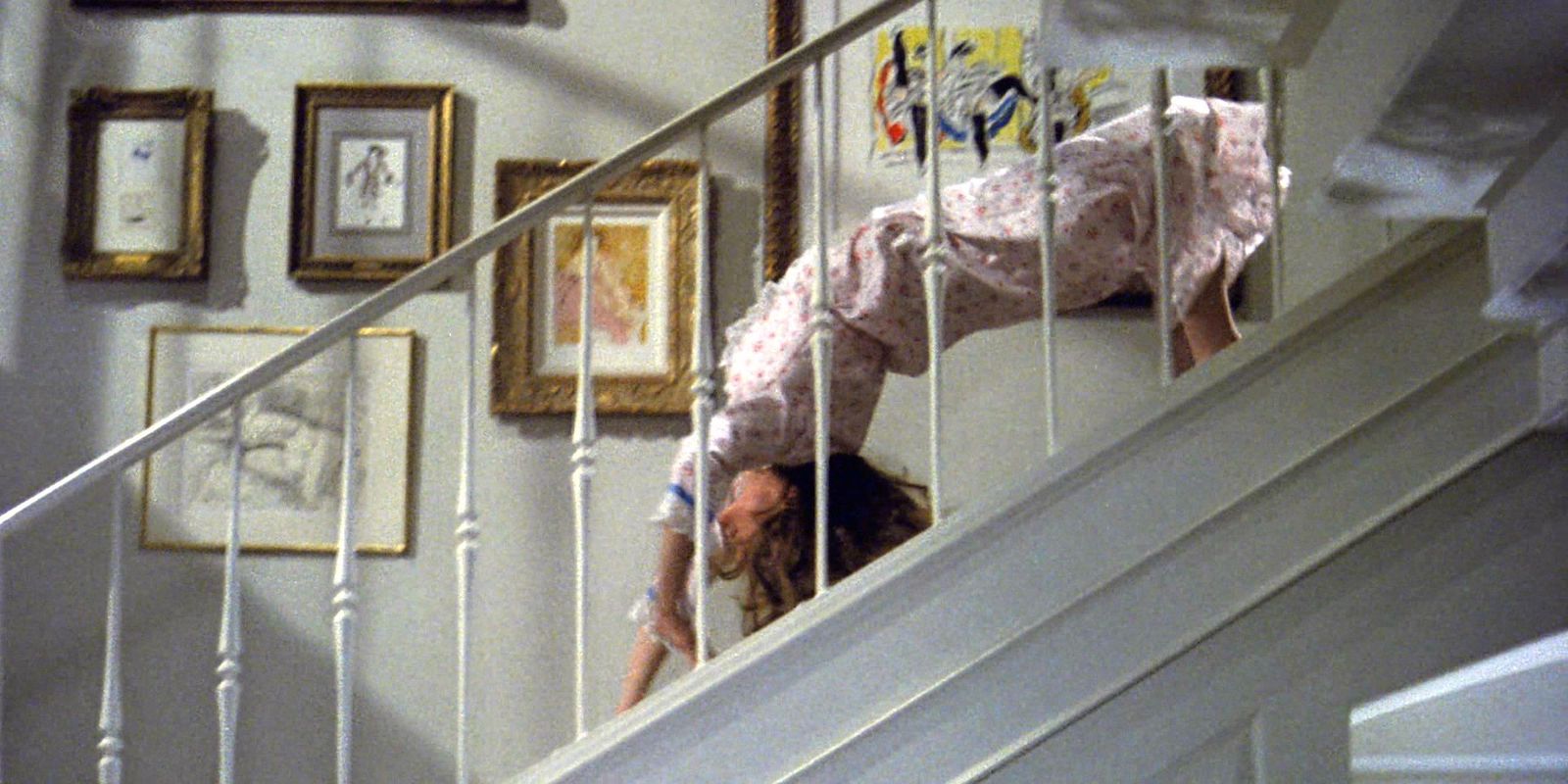 Not only did The Exorcist scare audiences for weeks in the theater (and continues to do so with new audiences today), but it launched an entire subgenre of exorcism movies within the horror category.

After returning home from being out for the evening, Chris MacNeil (Ellen Burstyn), the mother of the possessed Reagan (Linda Blair), hears the sound of tiny footsteps moving quickly across the upper floor above her. When Chris investigates, she is shocked to find her daughter spider walking down the stairs as guttural growls escape her mouth. She screamed . . . and so did we. 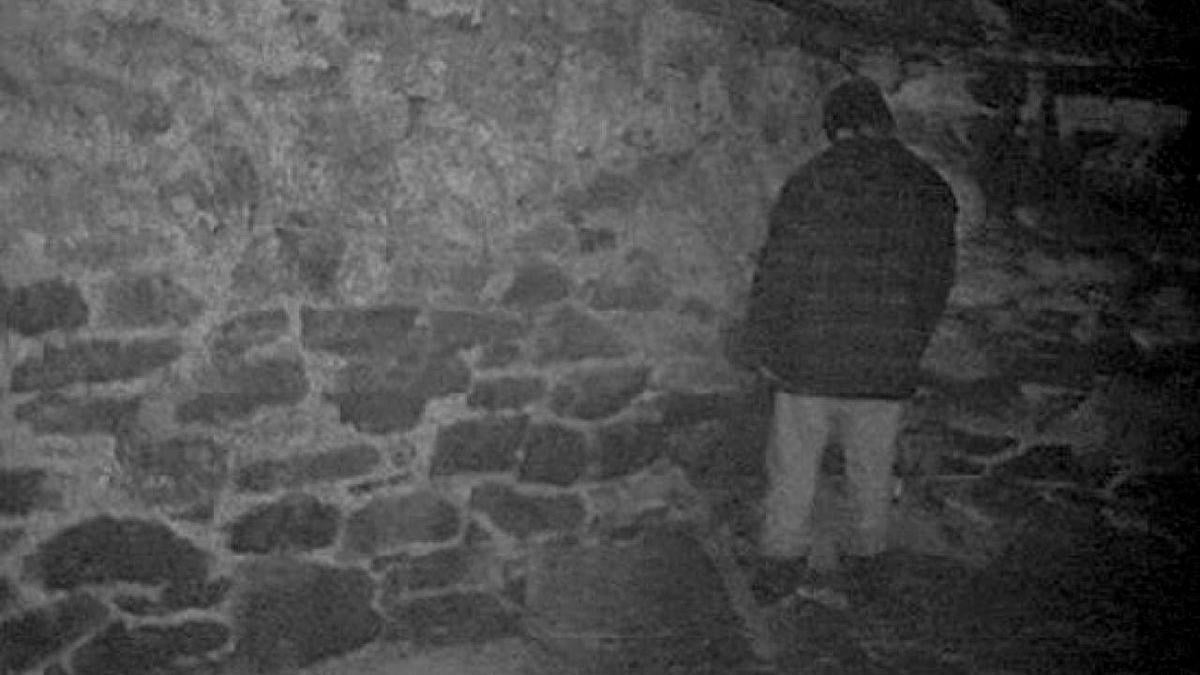 Speaking of sparking an entire subgenre, 1999’s The Blair Witch Project introduced the world to the found footage movie. The brilliant idea to use a tiny budget to shoot an entire film as a home movie and let audiences believe that the “real footage” was found years later made the studio millions.

The movie centers around a group of documentary filmmakers investigating the small town myths around the figure known as “The Blair Witch”. The ending scene finds the protagonist carrying the camera through an abandoned house deep in the woods, searching for her fellow filmmaker. When she finds him? He’s silently standing in the corner. We don’t know what happened, but we hear her being attacked off camera. 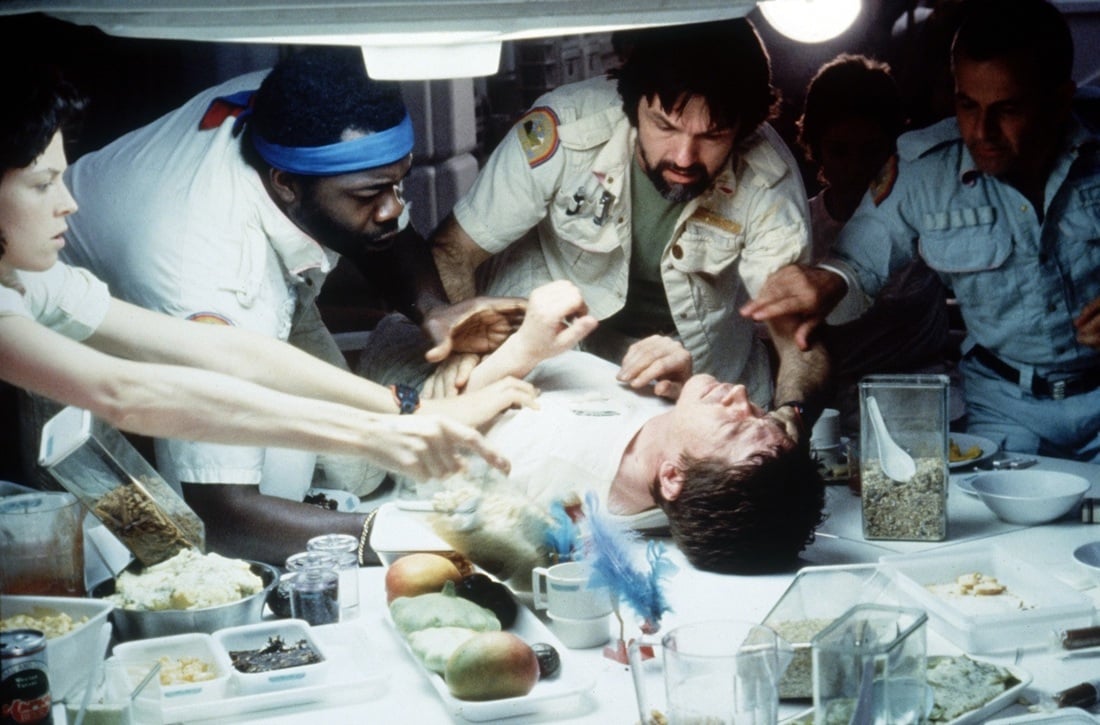 Another trailblazing film (do we see a trend here?), 1979’s Alien is revolutionary in the alien-attacks-human subgenre. It is also responsible for introducing the strong female character with Ripley (Sigourney Weaver) that subsequent female characters are inspired by.

In one of the most iconic scenes in history, one of the crew begins to convulse after recovering from an attack by an alien. The rest of the crew tries to hold him down and render aid until an alien larva bursts out of the man’s chest.

At the time, audiences did not know that is how the alien creature reproduced, but it’s also a wholly unexpected type of scene. Fun fact, the actors were also kept in the dark and were not expecting the chest-bursting scene either. Their reactions on-screen were utterly genuine. 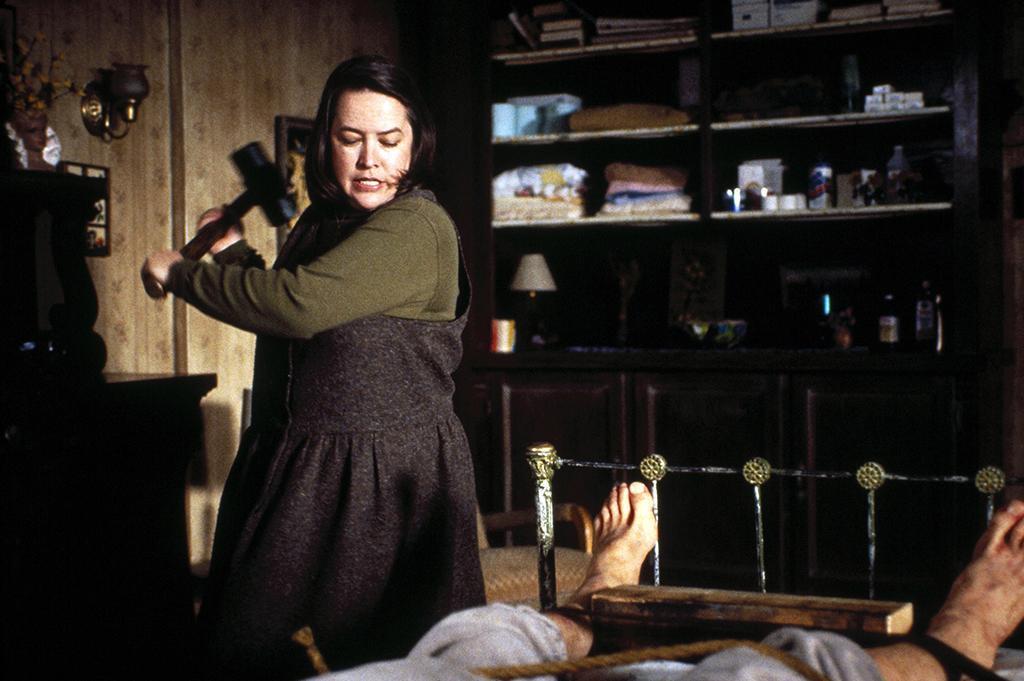 Stephen King is the king of suspense & horror. From IT to Pet Sematary to Carrie, few people influence our nightmares more than the acclaimed author. However, one scene from his film adaptations sticks out above the rest.

In the 1990 thriller Misery, author Paul Sheldon (James Caan) is rescued and eventually kidnapped by his superfan Annie Wilkes (the fabulous Kathy Bates). When she catches him attempting to escape, she takes his confinement to the extreme. Using a block of wood and a sledgehammer, she smashes his ankles in one of the most gruesome scenes of all time. The suspense felt with the block between his legs? Palpable. 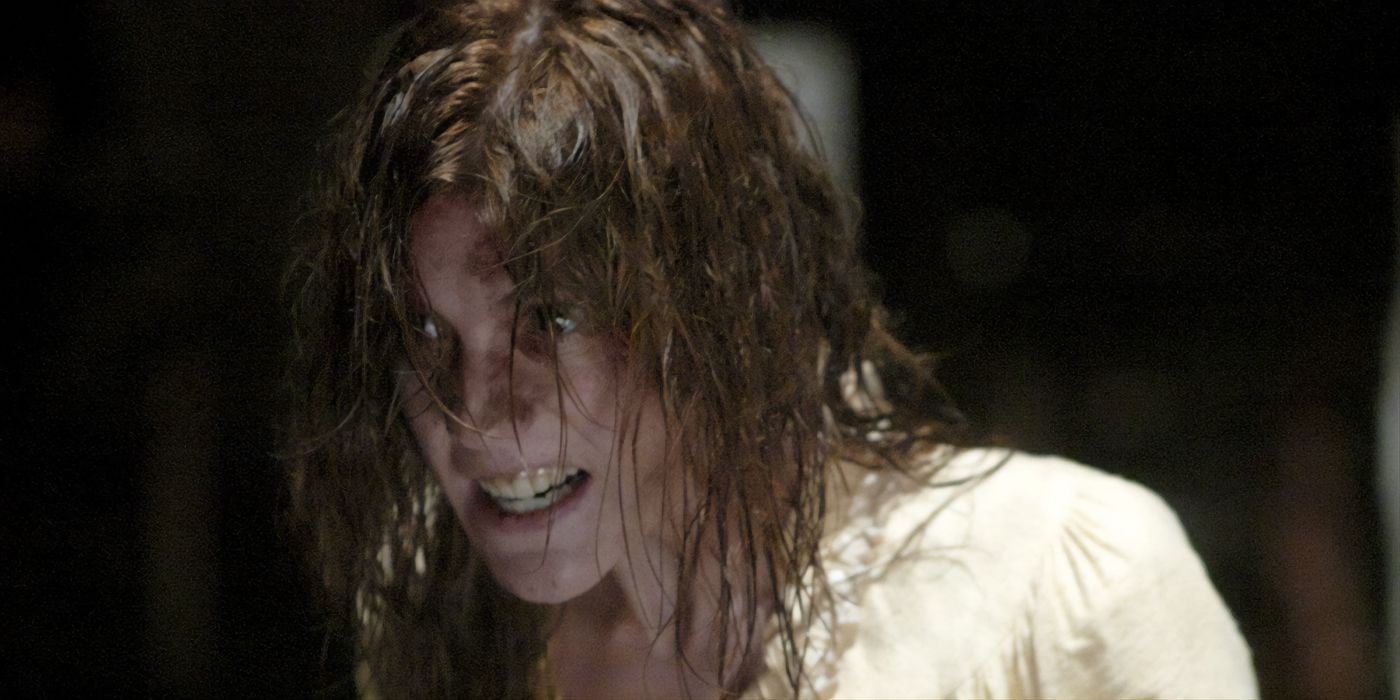 The barn exorcism, The Exorcism of Emily Rose

There are dozens & dozens of movies that have attempted to recapture the success of The Exorcist, but none have done it in such a creative way as 2005’s Exorcism of Emily Rose. Instead of focusing the film on the exorcism itself, the primary focus of this film is on the legal battle the priest faces when the exorcism results in the possessed girl’s death.

Don’t worry about the legal drama, there are still a slew of possession scenes. The most intense of which takes place in the family’s barn. The possessed girl (Dexter’s Jennifer Carpenter) escapes the home before confronting the priest and her family. She then manifests not one, but six different demonic entities! What makes it more impressive is all of the contortions of her body.

Carpenter did all the physical actions herself, no CGI required. It was all Jennifer.

Another film building off the success of a previous subgenre pioneer, 2007’s Paranormal Activity uses the home movie angle to tell its story, but opts to keep the camera static in an attempt to catch the spirit rather than handheld

This movie was eighty minutes of suspense before the last six minutes shows one of the main characters possessed by the spirit that they try to capture on-screen. All of the confrontations between the two main characters happen off-screen . . . which somehow adds to the terror.

Nothing is scarier than a horror movie based on real-life events (is there anything more unsettling than seeing those words at the beginning of a scary movie?), and no one has done more for the horror genre than Wes Craven (A Nightmare on Elm Street). In 1996, Craven innovated the horror genre again with the meta-horror of Scream.

Scream was intended to be a satirical commentary on the cliches of the horror genre and attempted to subvert them. The movie starts with a phone conversation between Drew Berrymore and an anonymous caller, which devolves from there until she dies. By killing a big name like Drew Barrymore? That was a shocking move for a horror movie at the time to make.