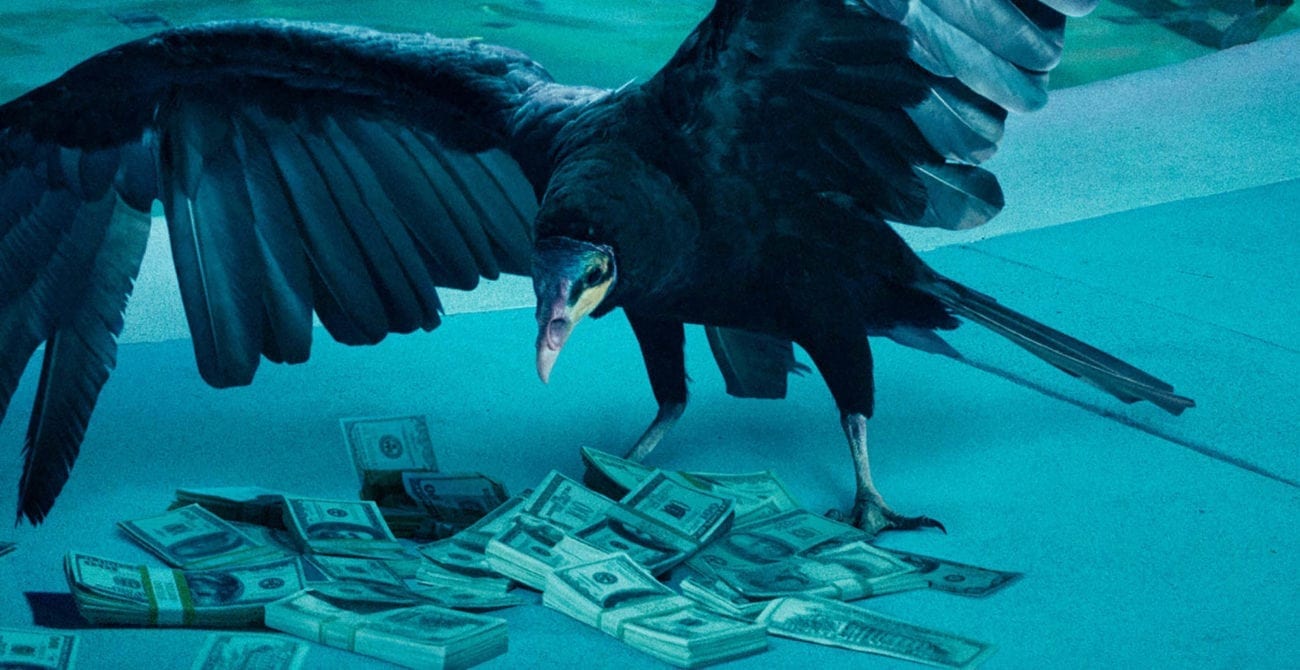 ‘Ozark”s return: All the reasons to watch S1 of Netflix’s gritty crime drama

Good news for fans of the show in which Jason Bateman (Arrested Development) gets to show off his serious acting chops – the highly anticipated second season of Netflix’s gritty crime drama Ozark is on its way. Although there’s no official release date yet, many speculate it may hit in July – the same month season one dropped last year. Either way, it’s all go according to Bateman, who revealed at an Emmy For Your Consideration event held at Raleigh Studios in Hollywood on Saturday that the actor will be having a go at directing for two of the show’s episodes. We’re excited to see where his talents take him, but we’re even more excited to catch up with the Byrde family following on from that epic season finale.

If you haven’t seen it already, we’re here to present you with all the spoiler-free reasons to watch S1 of Ozark before the second instalment hits. And if you’ve watched it already, perhaps another bingewatch is not out of the question? You know you want to.

Created by Bill Dubuque (The Accountant), Ozark tells the story of financial advisor Marty Byrde (Jason Bateman) who embarks on a seemingly innocent relocation from a Chicago suburb to a summer resort community in the Missouri Ozarks with his family. Turns out, he ends up in a lot of trouble when his dealings with a drug cartel go awry. As Netflix promised, the show is reminiscent of Breaking Bad, but that’s not to say it’s a carbon copy. What the site meant is it deals with drugs, money laundering, and a middle-ground family getting caught up with the criminal underbelly of America. However, Ozark deals with these themes in a fresh and exciting new way while somehow managing to make a story about a financial advisor seem edgy.

The narrative follows various plotlines, from dodgy characters who rack up the body count to kids drawn into criminal activity, and probably the most interesting centering on Jason Butler Harner‘s (Non Stop) complex FBI agent Roy Petty, who has a tough time protecting the borders while also trying to catch Marty in the act.

As Forbes pointed out, “When the show starts, you think you’re looking at a white-collar guy getting caught up in going bad.” Without giving too much away, the pilot episode shows how Marty’s disillusion with suburban life extends beyond the encompassing mediocrity of work and marriage. By the end of the episode, our perception of the character has changed completely as he decides to pack up and relocate with his wife Wendy (Laura Linney) and two kids Charlotte and Jonah (Sofia Hublitz & Skylar Gaertner respectively).

You soon learn the characters are far more complex than they seem and, following the first appearances of Marty and his family, we’re soon introduced to the drug kingpin Del (Esai Morales) who takes us into a world of unsavory characters you wouldn’t want to mess with. But it’s the female characters and their portrayals that really make Ozark standout. Whether it’s the wife of the white collar worker or the partner of a dope criminal, the women of the show play a bigger part in the action than you’re initially led to believe, the most notable being Julia Garner’s scene-stealing performance as the 19-year-old foul-mouthed local Ruth Langmore. “In fact, if it weren’t for the women and their ruthless ways, it seems the men wouldn’t find themselves in such a pinch, at times,” noted Forbes. “Here, it takes two to walk the path to moral debasement.”

By the second episode, Ozark settles in its title location, as do the characters when they’re shown negotiating with each other. The visual landscapes are shrouded in dark hues, echoing the all-encompassing power of the Bryde family being sucked into a life of violent crime. The Missouri region makes for an aesthetically pleasing setting; the Lake of the Ozarks itself stands out, portraying its own potential and obstacles that echo the turmoil of Marty and those around him.

Meanwhile, the location is perfect in that it forces viewers to reflect on how the big time crimes are going affect these small town residents. Providing some well-placed side stories, the locals are no better than the city folk who arrive at the lakes. “In reality, everyone is struggling to provide for their family, to keep their lives and their self-perception afloat,” added Forbes, “to swim instead of sink to the bottom of the water that surrounds them. How far will you go to take care of the ones you love? Real far in Missouri, apparently.”

Returning to the Emmy For Your Consideration event, executive producer Chris Mundy (Criminal Minds) teased that “all the things that happen next season, it’s a lot of family conflict basically.” So if you’re into gritty crime dramas with gripping storylines and solid character progressions, the first instalment for Ozark is well worth a watch ahead of its season two release.