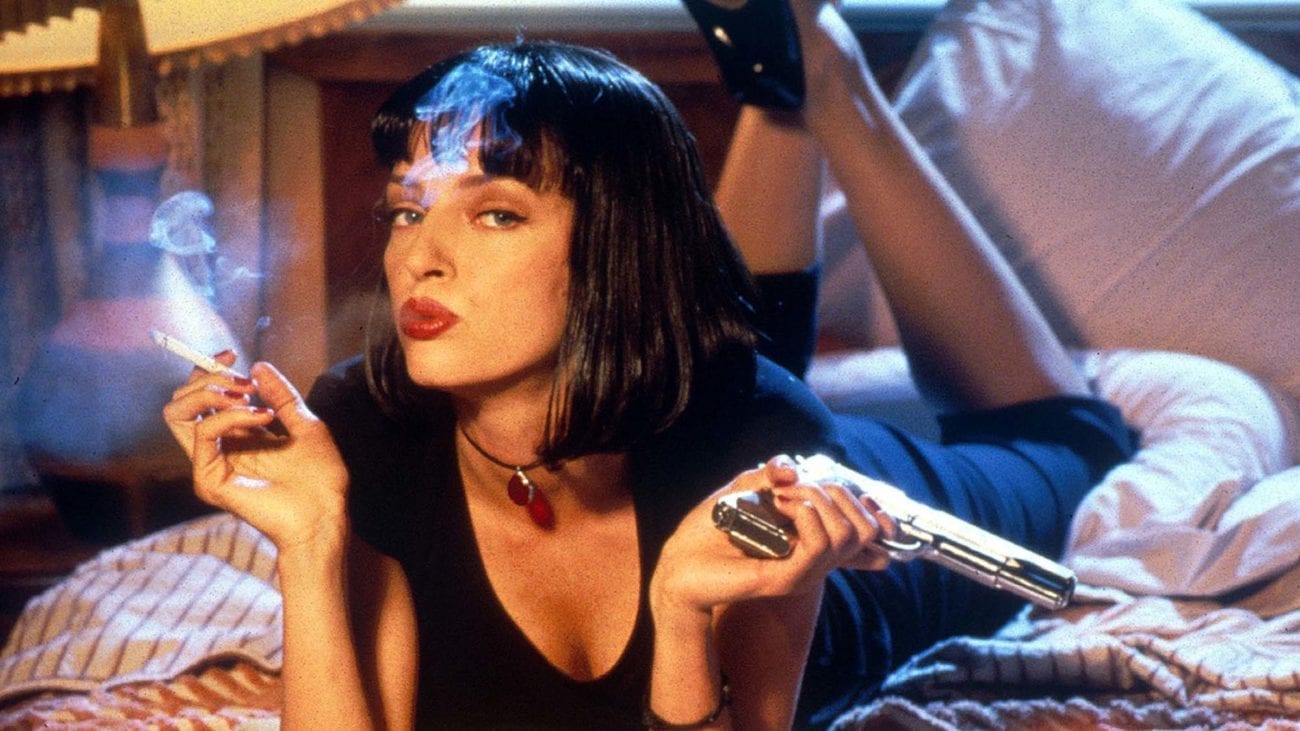 Excited for ‘Motherless Brooklyn’? Binge these modern noir classics before

Edward Norton (American History X) is returning to the director’s chair for the first time after an eighteen year hiatus. Since his first effort – the romantic-comedy Keeping the Faith – Norton has stayed in front of the camera, occasionally stepping in to pick up producing & screenwriting credits.

Principal photography on his next film, Motherless Brooklyn, has begun, set to star Norton alongside an ensemble cast that includes Willem Dafoe (The Florida Project), Gugu Mbatha-Raw (The Cloverfield Paradox), and Bruce Willis (Die Hard). Most recently, Bobby Cannavale (Jumanji: Welcome to the Jungle) and Dallas Roberts (Dallas Buyers Club) are set to join too.

Based on Jonathan Lethem’s book of the same name, the upcoming project is a 1950s detective thriller featuring Norton as a private investigator with Tourettes syndrome. While the movie plays within the confines of a classic-noir story of corruption, murder, and investigation, the subgenre of neo-noir has taken a dip in recent times.

Utilizing classical Hollywood conventions with modern filmmaking techniques, the fresh take on the genre appropriates the post-war nihilism of 40s and 50s crime dramas and updates them with any number of modern twists. If you can’t wait for a taste of ‘Motherless Brooklyn’, we recommend you check out these noir classics while you wait:

In Quentin Tarantino’s iconic love letter to classic crime films, the weaving and disorientating, non-linear narrative of gangsters, criminals, and hitmen centers around the search for a mysterious suitcase, modelled on the supernaturally fatal atom bomb from the end of Kiss Me Deadly. Its disjointed chronology of interconnected stories perfectly replicates the twisting plots of classic capers, and acknowledges the atmosphere of displacement and disillusion that birthed the stylings of film noir in the first place.

If you thought Pulp Fiction’s plot was confusing, Christopher Nolan’s breakthrough crime thriller will send your head into tailspins. Edited in reverse order, the film began Nolan’s obsession with the way time is used in cinema, and is still one of his best. Guy Pearce (L.A. Confidential) plays Leonard, an amnesiac man on an obsessive hunt for his wife’s murderer. A twisting, thrilling plot is supported by its reverse editing, which manages to perfectly reflect the feelings of confusion felt by the character, who appears at the beginning of each scene with no clue as to how he got there. A brilliant culmination of the individualistic detective, dislodged from society and established by early noir.

We would recommend tuning in to Nathan Fillion’s starring role as mystery novelist Richard Castle anyway, but the fourth season features an episode that lifts elements directly from the best pulp crime films. When Castle discovers a mysterious diary from the 40s, a hardboiled detective yarn ensues, told in the form of flashbacks styled after your favorite noir classics.

The film that announced the talents of both its lead actor, Joseph Gordon-Levitt (Inception), and the director Rian Johnson (Star Wars: The Last Jedi), Brick takes every element of the classic noir story – underground societies, corrupt authority figures, fast-talking protagonists, and slick action – and transcribes it into a high-school setting. What could have been an inauthentic parody of the genre instead becomes an affectionate tribute. The dialogue and style of the film both encapsulate the old traditions, while also featuring one of the best foot chases in modern cinema.

A palpable sense of dread is felt throughout David Fincher’s historical film, which combines period-piece aesthetics with the suspense of a serial killer thriller. The bitter cynicism of the film-noir genre is heightened, as the viewer is constantly made aware that the story is true. With one of Robert Downey Jr.’s first comeback roles as a sardonic and snarling reporter, it also features performances from Mark Ruffalo (The Avengers) as a downbeat, fast-talking detective and Jake Gyllenhaal (Donnie Darko) as a naive, obsessive cartoonist who cracks the Zodiac’s codes.

Richard Linklater is most widely known for his simple dramas. Dialogue-driven meditations about love & growing up are his forte in The Before Trilogy and Boyhood, but he has also experimented with animation a couple of times. A Scanner Darkly features real performances, rotoscoped with animation to give the movie a floaty, surreal edge. The plot was lifted from the novel of the same name, written by Philip K. Dick – the sci-fi writer responsible for Blade Runner. Which brings us to . . .

We could just as easily include the original Blade Runner, but for a more contemporary equivalent, look no further than Denis Villeneuve’s hypnotic and expansive sequel. Having already played with the noir genre in his films Enemy and Prisoners, 2049 embraces the philosophical science fiction of his previous film Arrival, and drenches it with style and mood. A traditional detective story in every sense, it transcends the simple missing person or murder mystery plot for a search for identity within a homogenous, desolate vision of the future.

David Lynch’s most essential film – the unconventional, twisted exploration of Hollywood, love, and psychosis – takes everything gleefully surreal about Twin Peaks and gives it a sinister twist. Almost simultaneously a love & hate letter to Hollywood, the style of Mulholland Drive is reminiscent of later film noirs like Sunset Boulevard that understands the gleam of the movies but also hides a malevolent underbelly. Coherent plots and sequences can be found within Mulholland Drive, but the film is ultimately a sensory experience that doesn’t try to make much sense.

More recent films like Mulholland Drive prove that the one thing sorely missing from the film noir of old is well-rounded female characters. Yes, the archetypal femme fatale can be found within almost every noir film, but the trope was largely bred from outdated anxieties about women entering the workplace and developing sexual agency and rights of their own. Veronica Mars takes everything you love about hardboiled crime and finally gives a female character the chance to take the lead, in both a beloved television series and a film adaptation, both starring Kristen Bell (The Good Place).

And for those of you who prefer their characters a little more superpowered, Jessica Jones is one of Marvel’s best projects. Starring Krysten Ritter (Breaking Bad) as a sarcastic, embittered private investigator, the first season handles domestic abuse and sexual assault with subtlety you’d never thought Marvel could pull off. Season two is just around the corner, so you’d better get binging sooner rather than later.

After some marvellous screenwriting work on the Lethal Weapon franchise, Shane Black released his directorial debut, starring Robert Downey Jr. as Harry Lockhart in a loving parody of all things pulp. The dimwitted, fourth-wall-breaking narrator and protagonist of Kiss Kiss Bang Bang is a hapless victim of circumstance, much like his private detective predecessors (but without the acerbic charm and good sense to get him out of trouble, instead relying on sleaze and dumb luck.) The film is an underseen goldmine of fast humor and slapstick, although it did lead to a further partnership between Black & Downey Jr. in Iron Man 3 . . .

Speaking of noir parody, we’d be remiss not to mention Archer. The entire series is absolutely worth watching, but its last season is particularly creative. Contriving a scenario in which suave, sleazy agent Sterling Archer is comatose, the superspy has a bizarre dream that replaces his supporting cast with their noir counterparts and conveniently lasts about as long as a season of television.

Woody Allen is usually known for contemporary romantic pieces, though the beautiful location shooting of Manhattan often evokes the same seedy connotations as the crime films set amongst city blocks and bustling streets. With Cafe Society, the director challenges himself with a rare period piece. A predictable narrative of impossible romances, affairs, and pretensions, its backdrop of old Hollywood gives it that classical touch that resembles the dark style of an old crime thriller, without delving too far into violence and corruption.

As Nicolas Winding Refn’s most accessible film within a sea of provocation and controversy, Drive takes advantage of Ryan Gosling’s soft-spoken mystery that seems to come naturally. Stunt driver by day, getaway driver by night, Gosling lives to drive within a neon world populated by gangs, corruption, and violence that takes the underbelly of seediness from the average detective novel and pushes it to the limit. An adaptation of a novel originally intended as a star vehicle for Hugh Jackman (Logan), Refn instead came at it with a razor sharp eye to emphasise its mood, color scheme, and violence, all of which are reminiscent of noir iconography.

Whilst the original film noirs pushed the boundaries of what was acceptable under a then-severe code of censorship – hiding its violence in shadow and evoking sex with euphemisms and wordplay – they were still very much part of a conveyor belt studio system and never attracted too much controversy. For anyone wanting their crime thrillers with a little more bite, look no further than Gaspar Noé. His divisive film Enter the Void is not so much a neo-noir as a neon noir, depicting an out-of-body experience with a floating camera, psychedelic imagery, and impressive special effects.

Avoid the second season as much as you can (before the name of True Detective became criminally tainted), because the first series was an absolute sensation. Matthew McConaughey’s Rust Cohle is the embodiment of noirish nihilism. Within his cynical, downtrodden dialogue is every theme and idea that the original film noir genre attempted to convey through its imagery. It’s also quite simply one of the best mystery narratives of recent memory, and one that hints at larger conspiracies at play, as all the best noirs do. Its followup may have been disappointing, but the third season of the anthology series, set to star Mahershala Ali (The Curious Case of Benjamin Button) and with Jeremy Saulnier (Blue Ruin) behind the camera, sounds enticing.

An underseen comedy in the same vein as Kiss Kiss Bang Bang, HBO’s comedy series stars Jason Schwartzman (Rushmore) as a self-made private eye styled after Raymond Chandler’s Philip Marlowe. Not quite as sharp as Humphrey Bogart, the irreverent, noirish parody ran for three seasons before its cancellation, but fans are currently holding their breath for the television movie that’s reportedly in the works.

Film noir always has that sense of a bigger picture, an underground society, or corruptions within our own authorities that make the world feel seedy, amoral, and desolate. Nightcrawler – another crime project for Jake Gyllenhaal – embraces this and takes it one step further. Exploring the exploitation of crime & violence in the media, director Dan Gilroy suggests in his debut that there is something tarnished within ourselves. Gyllenhaal’s Lou Bloom is driven, smart, and charming, but he has the psychopathic tendencies of a CEO and will do whatever it takes for success. Whatever it takes.

Any number of South Korean crime thrillers will reward your thirst for pacy, punchy, and shocking crime thrillers, but none is more gripping than Park Chan-wook’s Oldboy. The middle instalment of the acclaimed director’s Vengeance trilogy, the film tortures its protagonist, Oh Dae-su, to the edges of human sanity and resilience, before reconstructing him as the ideal noir protagonist. Damaged, cynical, and out for blood, Dae-su’s quest to find his captors of thirteen years is a brutal transcendence of the film noir genre, and features the best long-take combat sequence in history. 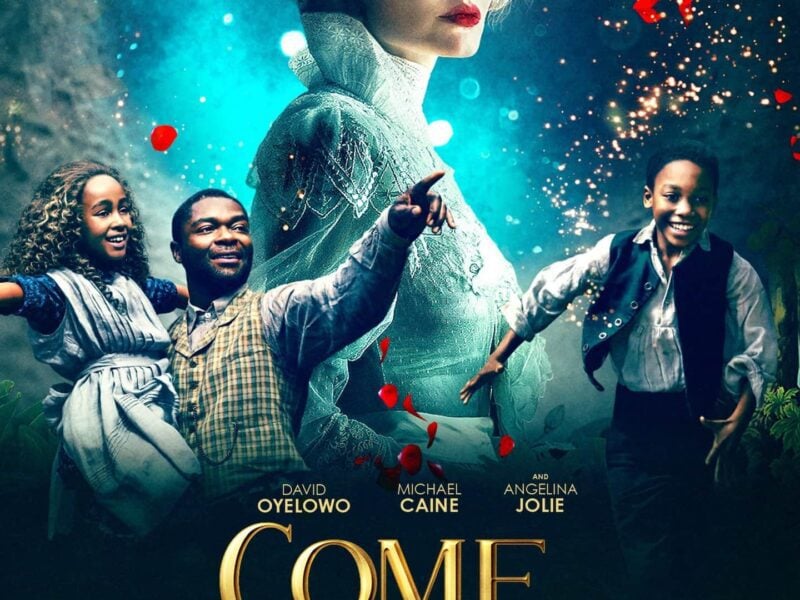