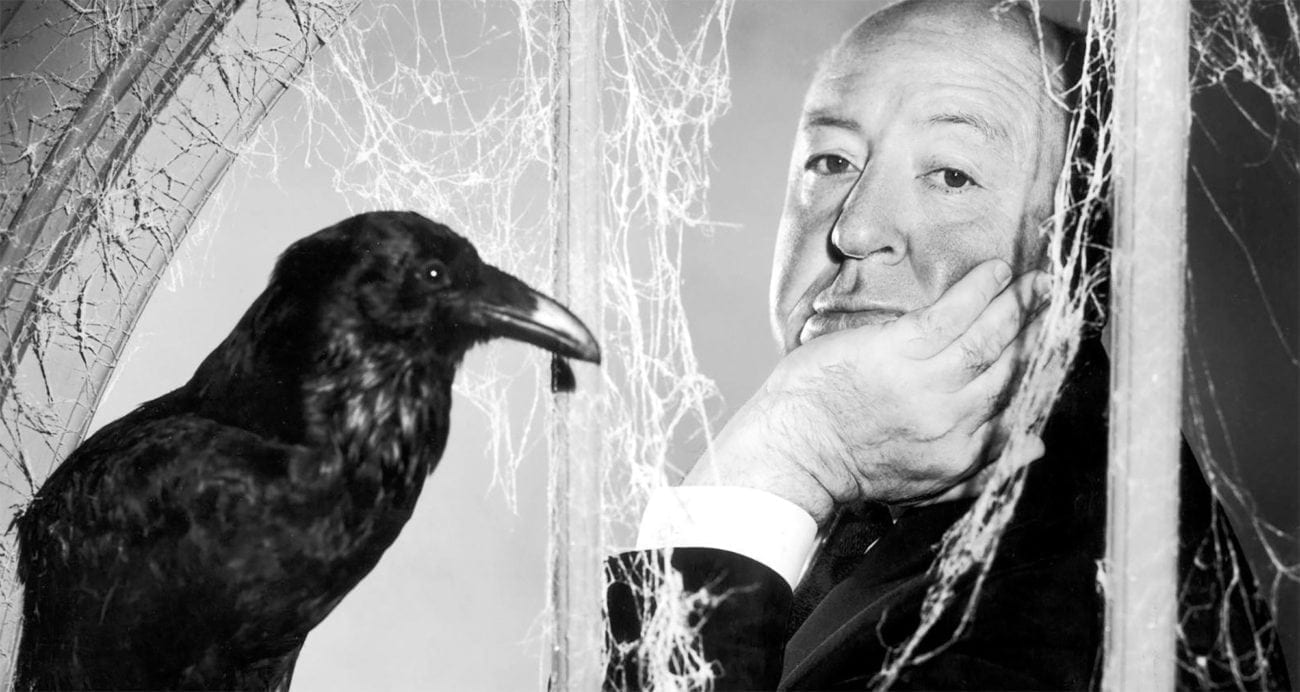 No excuse: Male auteurs who tortured their female leads

We’re totally hyped for the second season of Netflix’s Mindhunter and you should be too. From the creative minds of Joe Penhall (The Road) and David Fincher (Zodiac), S1 was based in reality about the man who pioneered the science of profiling serial killers.

For the second round, Jonathan Groff & Holt McCallany will return to star as Holden Ford & Bill Tench, two FBI agents who expand criminal science by delving into the psychology of murder and get worryingly close to all-too-real monsters.

While the show was an effortless hit, that’s not to say it came without its struggles. This became all too evident during an FYC panel discussion on Friday night when the fastidious director Fincher revealed his process for season one of the show.

For a nine-and-a-half minute shot, “Fincher put his three-person cast and many more crew members through 75 takes before he was ready to call it quits.” The director added that while the regulars like Groff (Taking Woodstock) and McCallany (The Losers) got used to it, many of the guest stars were shocked at his persistence. The payoff was an outstanding show, but the actors certainly suffered for their art.

In light of this and numerous recent Hollywood sexual misconduct scandals, we’ve decided to turn our focus towards the on-set treatment of female cast members. Here are ten of the most extreme cases of female actors who suffered while working under the stringent instructions of male auteurs.

Actress Tippi Hedren made a name for herself as one of Alfred Hitchcock’s classic blonde heroines, turning heads in iconic movies such as The Birds and Marnie. Although she was tipped to be a huge star, her falling out with the auteur put her career in jeopardy.

Years after such movies made waves in the entertainment industry, Hedren opened up about her break with the legendary filmmaker and the alleged sexual abuse she suffered at the hands of Hitchcock in her recent memoir Tippi.

During a 2016 interview with Variety, Hedrin explained why she decided to speak out. “I wanted to let women, especially young women, know never to allow that kind of approach and to be forceful in telling people you’re not interested in having that kind of a relationship. It’s not a bad thing to say no.”

Ginger Rogers and Fred Astaire were and still are one of the most famous acting and dancing duos ever seen on screen, joyfully diverting American audiences during the Great Depression with such cinematic delights as Top Hat, Swing Time, and The Gay Divorcee.

Director Mark Sandrich was at the helm of many of these films, making many of the successful Rogers-Fred pictures. However, that’s not to say all three talents worked in perfect harmony. In fact, Rogers said she felt Sandrich bullied and patronized her and favored Astaire during the making of such movies.

In the storylines too, Rogers felt Astaire’s power was one-sided. In a feature for The Telegraph about the couple’s tumultuous relationship, biographer Michael Freedland stated, “The truth was, she resented it. What she wanted to do, she told me, was her own thing.”

When Björk came to the set of Lars von Trier, the pair created art together with the stunning yet disturbing Dancer in the Dark. However, behind the scenes a hideous story unfolded. Björk supposedly became so frustrated with the auteur that she allegedly “ate part of a blouse”, a claim she later said was fabricated (sorry, we had to).

The singer was distraught with the pair’s on-set rowing, vowing never to star in a movie again, and more recently she came forward to allege a nameless director sexually harassed her on set. Björk never outright said it was Trier who verbally and physically abused her but the references were clear, although the claims are something the auteur vehemently denies.

Quentin Tarantino often compared his auteur-muse relationship with Uma Thurman to that of the Alfred Hitchcock–Ingrid Bergman legend. The actress fulfilled the role of Mia Wallace in Pulp Fiction back in 1994, before proceeding to help him conceive the idea of the bloody bride for the Kill Bill duology.

However, in an interview with The New Yorker in February 2018, Thurman opened up about the abuse she suffered at the hands of Harvey Weinstein and also about an incident in which Tarantino pressured her into driving a damaged car, a role typically handled by a stunt professional, despite having voiced her concerns. “He was furious because I’d cost them a lot of time. But I was scared. He said: ‘I promise you the car is fine. It’s a straight piece of road.’”

Tarantino managed to convince Thurman to perform the stunt, resulting in a crash which would cause permanent damage to both her neck and knees. “When they turned on me after the accident, I went from being a creative contributor and performer to being like a broken tool,” Thurman explained. Tarantino has since apologized for the stunt, although their auteur-muse relationship has reportedly never been the same since.

Léa Seydoux and her co-star Adèle Exarchopoulos both spoke out about director Abdellatif Kechiche with regards to the romantic drama Blue is the Warmest Color, describing how the shooting had been “unbearable” and vowing never to work with him again.

Seydoux claimed she felt like a “prostitute” during the shooting of the film, while Exarchopoulos described a “horrible” continuous take in which Seydoux was made to hit herself over and over again, leaving her raw.

The result was a film with gratuitous, pornographic sapphic sex scenes that even the writer of the novel that inspired the movie – Julie Maroh – heavily criticized for its lack of lesbian involvement.

Stanley Kubrick is known as one of the most iconic auteurs of our time, but for actor Shelley Duvall – who played Wendy in his adaptation of Stephen King’s The Shining – it was nothing but hell to work under the director’s instructions.

Per The Independent, Kubrick deliberately created a hostile environment around her, alienating her from cast and crew, while demanding a record-breaking 127 takes from her for the baseball bat scene. “By the end of the shoot, her hair was falling out in clumps.”