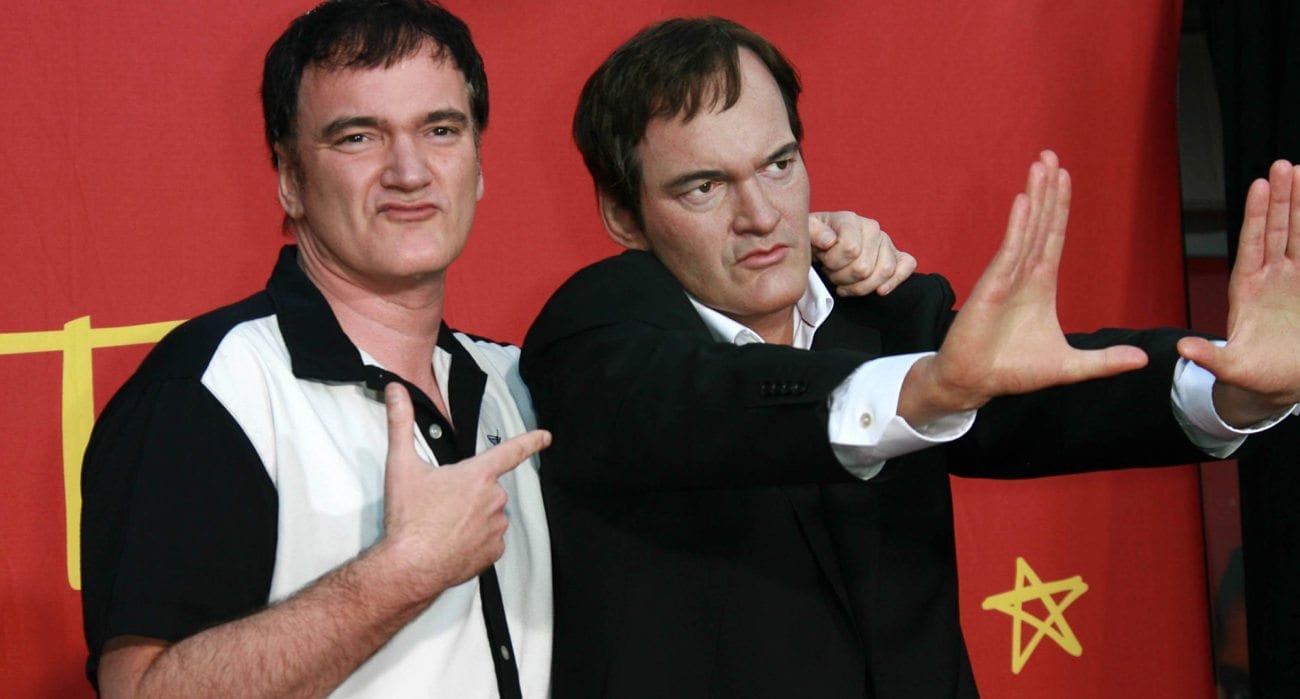 If the hype surrounding the movie at the Sony Pictures CinemaCon presentation is to be believed, Quentin Tarantino’s new movie Once Upon a Time In Hollywood could be one of his best. Of course, the upcoming 1969 LA-set fantasia isn’t due for release until August 9, but if its reception so far is to be believed, it’s going to be nothing short of a masterpiece – and what vested reason could they possibly have to stretch the truth?

According to Deadline, Leonardo DiCaprio (who will be starring in the movie alongside Brad Pitt) proclaimed he’s read the script for Once Upon a Time In Hollywood and thinks it’s one of Tarantino’s best, while Sony chairman Tom Rothman enthused it’s the best screenplay he’s read during the 30 or so years he’s worked in the business. 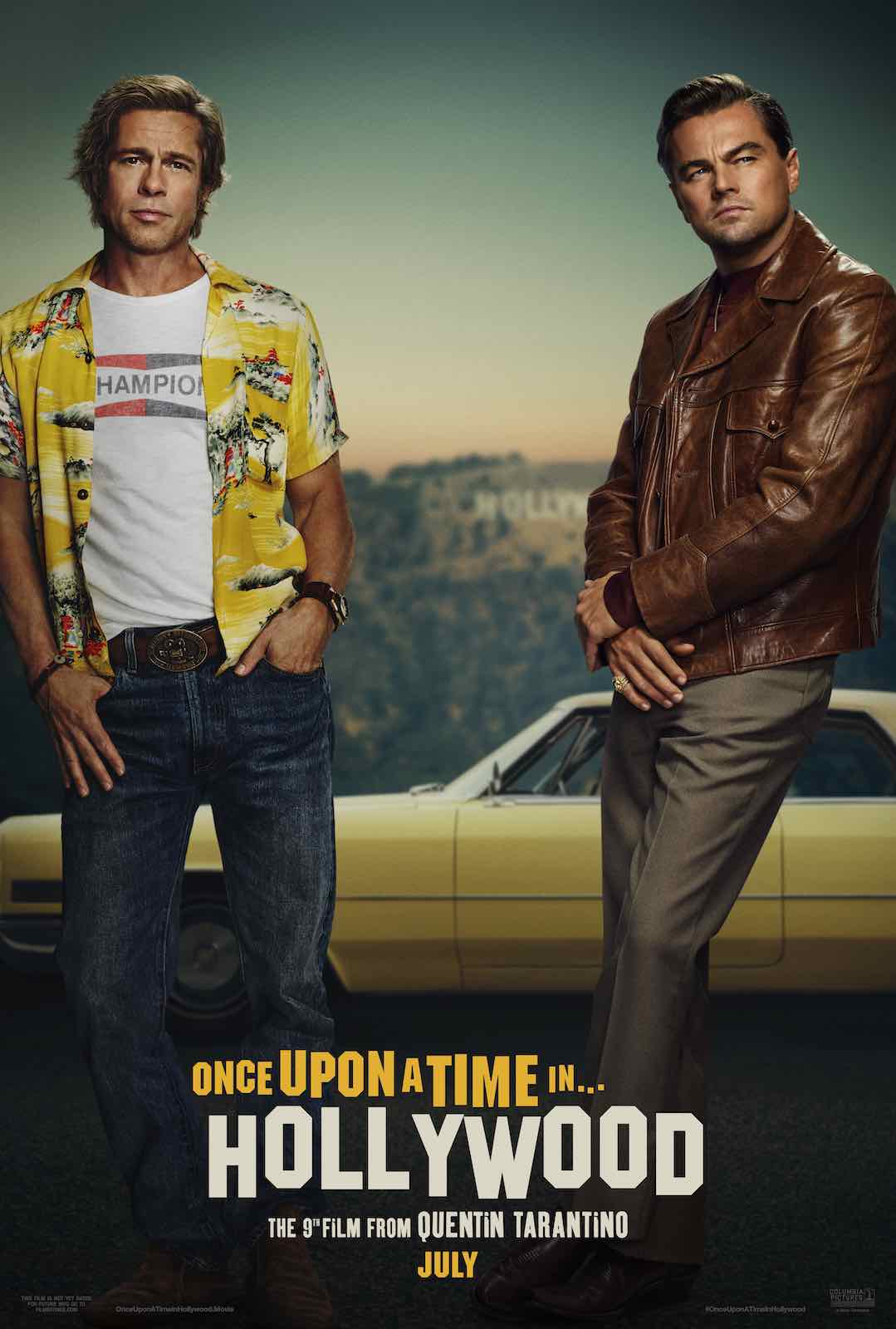 They’re really laying the praise on thick, ladies and gentlemen. While there was no mention of the Manson murders – a detail that earlier reports about the movie were obsessively fixated on – Tarantino did hint the movie is going to focus on touchstones of the era like the changing movie industry and the hippie movement.

Though few other details were spilled regarding the movie, we’re already expecting a few definite Tarantino tropes to take place during the movie. When it comes to the clichés of his own movie universe, the man simply cannot help himself. Here’s a ranking of nine of the worst Tarantino clichés he keeps returning to in his movies.

Think of Arlene (Vanessa Ferlito) in Death Proof giving a lapdance to Stuntman Mike, Mia and Vincent’s perfectly executed shakedown in Jack Rabbit Slims, or Simone (Hattie Winston) giving a glammed up performance of The Supremes’ “Baby Love” to Louis Gara (Robert De Niro) in Jackie Brown. We’re not mad at these scenes, but we’re just glad Tarantino has chilled this particular trope in some of his more recent movies.

We don’t know whether Tarantino is just letting his film-nerd flag fly or if he gets some sort of power crazed kick from imagining himself as a career reviving auteur saving waning stars from the trash heap of Hollywood. Either way, the man has given leading roles to stars like John Travolta (Face/Off), Pam Grier (Ghosts of Mars), and Kurt Russell (Escape from L.A.) at times in their careers when they were hardly fighting off major job offers.

It’s a part of every Tarantino movie and we get it, it’s one of his calling cards. But we still can’t help but roll our eyes at it every time it happens in another one of his movies.

Tarantino is so smart that his plots start at the end, continue at the start, and close out sometime around the second part. How revelatory! What a total visionary he truly is. Thankfully Tony Scott took his non-linear original script for True Romance and rewrote the damn thing to make it into the beloved urban fairytale it is.

You’ve got the Big Kahuna Burger and Red Apple Cigarettes popping up across Pulp Fiction, Reservoir Dogs, and Kill Bill and other fake products like G.O. Juice, Fruit Brute cereal, and Teriyaki Donuts showing up here and there in other films.

This is cute and gives Tarantino movies the sense that they all exist in the same deranged extended universe, but it also suggests a filmmaker more obsessed with stylistic choices than he is delivering a great movie. Something that has been all too evident in the last few stinkers he’s released.

4. Pop music from a bygone era

We get it, big-T. You’re an aficionado of classic and sometimes obscure pop music from an era most people today are too boorish to appreciate as much as you do. His movies are stacked with superb and surprising musical choices like April March’s “Chick Habit” and The Coasters’ “Down in Mexico” in Death Proof to his violent tribute to Stealers Wheel’s “Stuck in the Middle With You” in Reservoir Dogs.

All we’re saying is there could be a lot of great modern music and artists he might want to start exploring if he doesn’t want his films to go stale.

In films like The Hateful Eight, Django Unchained, and Inglourious Basterds, the director has shown his proclivity for adopting all the tired tropes of a major genre (Westerns, war movies, and slavery films) to subvert them in otherwise predictable ways. Does this mean Once Upon a Time In Hollywood will see a bunch of Hollywood starlets slaughtering the Manson family? Probably.

As seen in the movies Reservoir Dogs, Pulp Fiction, and Inglourious Basterds (not to mention True Romance for which he wrote the screenplay), Tarantino’s go-to tactic for ramping up mistrust and high tension within a bloody standoff in the final act has become par for the course within his oeuvre and is completely overdone.

1. The gratuitous flaunting of his grotesque foot fetish

Look, we all have our thing. That certain something that gets our libidos revving and makes us salivate like a starving dog discovering an unattended prime rib steak. But we tend to explore those fantasies behind close doors.

However, if you’re Tarantino, you’re so proud of your horniness for feet that you show it off in a myriad of queasy close-ups of women’s tootsies (scenes that he definitely jerks off to later). Jackie Brown, Inglourious Basterds, Pulp Fiction, Kill Bill, and Death Proof offer a veritable buffet of foot fetishm we could honestly do without.