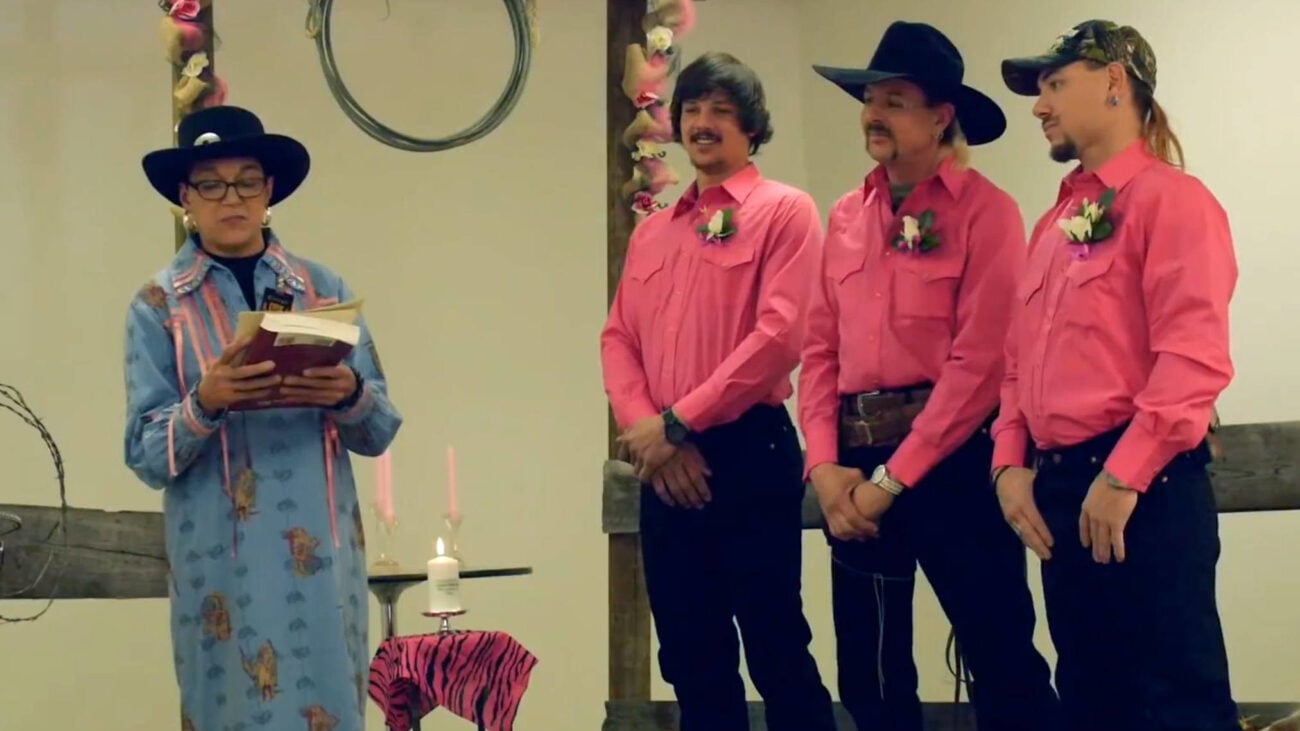 Why is Joe Exotic’s husband finally divorcing the Netflix star?

The Tiger King saga continues – again – as Dillon Passage is now reportedly (Maybe, sort of) filing for divorce from his husband, Joe Exotic. In an Instagram post, Passage detailed his reasons for splitting with the Netflix docuseries star, who’s currently serving a lengthy prison sentence for multiple counts of animal cruelty and a murder-for-hire charge for the hit on Carole Baskin detailed in Tiger King.

Now, amid reports about marital strife, Joe Exotic’s husband came clean about his struggles with Tiger King fame and the decision to split . . . sort of. Let’s dive in. 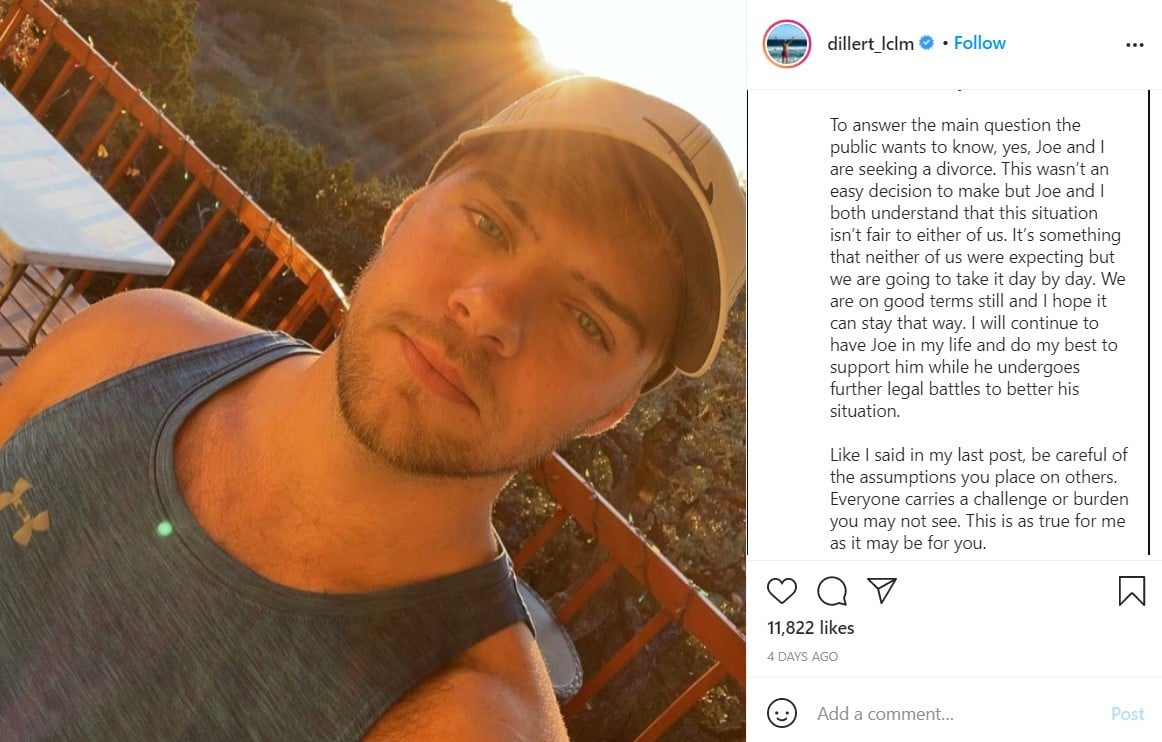 “To answer the main question the public wants to know, yes, Joe and I are seeking a divorce. This wasn’t an easy decision to make but Joe and I both understand that this situation isn’t fair to either of us.” Dillon Passage also explained that he hoped he and Joe Exotic could remain on good terms and would continue to support him through his legal battles.

As far as the reasons for the split, Dillon Passage didn’t dive into the nitty-gritty, but he explained how Tiger King and Joe Exotic’s fame put a strain on their marriage. He further elaborated on some conflicts between him & his husband, specifically the tension between Joe Exotic and Dillion Passage’s manager, Jeff Duncan, who Passage credits for helping him navigate fame.

“I don’t feel obligated to explain to the world what occurs in my personal life and, despite Joe taking to social media to air every grievance, I don’t feel it’s the healthiest way to handle private matters between two people. I therefore don’t intend to post any more on this subject.” 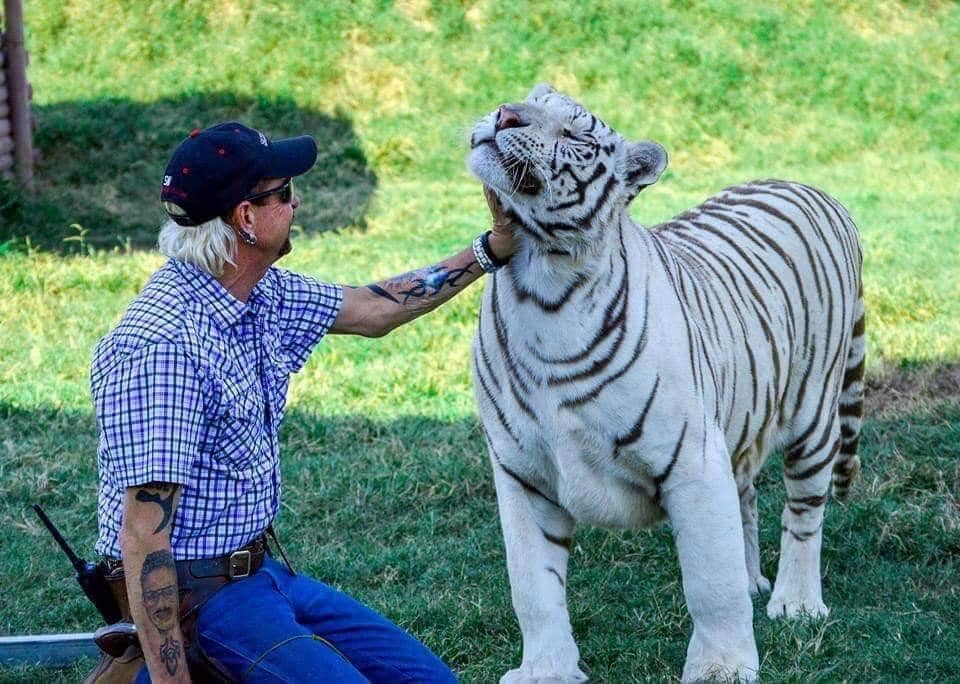 As far as the separation from his husband, attorney John Phillips posted a statement on Joe Exotic’s Facebook page on his behalf: “Our firm is reviewing options with our client, Joe Maldonado Passage, regarding separation and divorce. We have no comment at this time and request privacy.”

“Joe is simultaneously dealing with medical issues, civil rights violations, and the appeal of his conviction. The world has come to know Joe Exotic as the bigger-than-life ‘Tiger King,’ but right now he is dealing with the very real hardships and injustices within our criminal justice systems and how it destroys all things a person on the outside holds dear.”

Joe Exotic’s posts have detailed his experiences in prison and his journey to clear his name. His latest post claimed he had no access to paper towels during COVID. “Feds won’t put out money on paper towels or anything to dry your hands on, so you wipe them on the dirty clothes you’re wearing. But we keep dumping trillions of dollars at what? Can’t afford paper towels? The dispenser has been empty over a year now.” 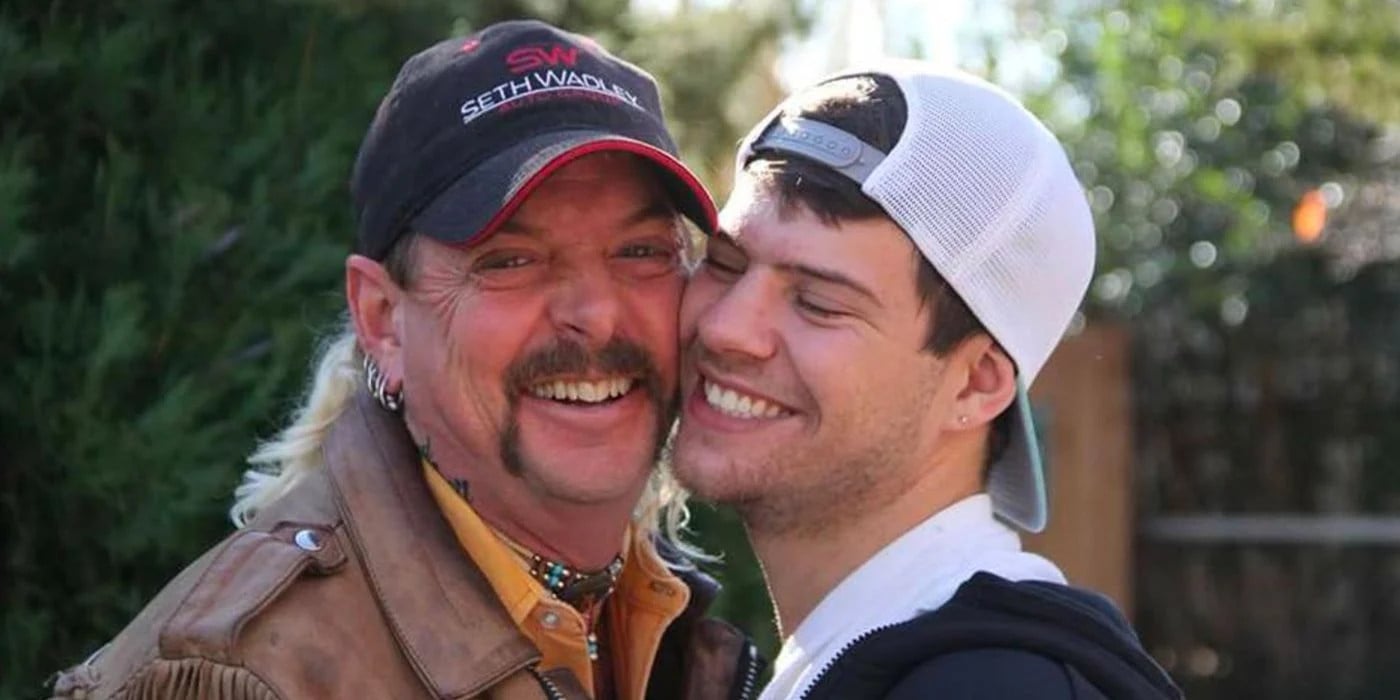 The same day that Dillon Passage posted his intentions to split, TMZ reported that Joe Exotic and his husband were committing to stay married. In a statement from his lawyer, Joe Exotic said he & his husband would continue to try and make it work.

“Me and Dillon have talked and we are not going to get in a hurry and get a legal divorce. This has been tough on both of us and he is going to do what he thinks he needs to do and I prefer to stay married right now so things don’t get complicated and if I live through this great we will figure it out then”, the statement read.

Joe Exotic further detailed that his husband “answers the phone three times a day” when he calls. 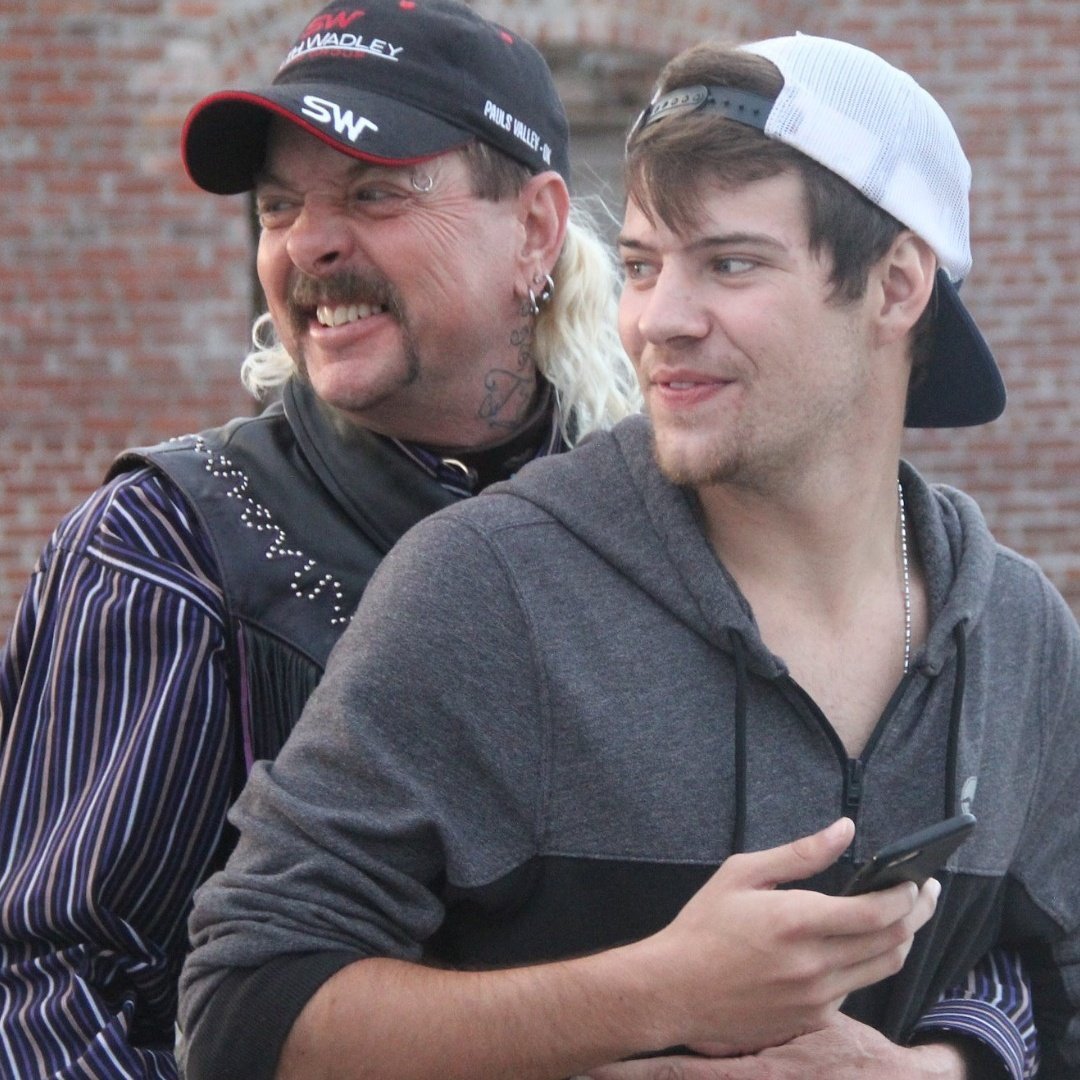 Dillon Passage was Joe Exotic’s third husband. They met in 2017 after Dillon’s father kicked him out of the house for coming out as gay. Joe Exotic was also grieving the loss of his second husband, Travis Maldonado, who died of a gunshot wound as detailed in Tiger King.

Dillon & Joe had nine short months together before Joe Exotic was arrested. Dillon Passage has stayed by his husband’s side through his trial, conviction, and sentencing. However, he ran into some trouble last fall after being arrested for a DUI in Texas.

While marital strife and disagreements were hinted at in Dillon Passage’s post, TMZ further told its readers the situation between Joe Exotic and his husband was up in the air, despite the post. However, they speculated it wouldn’t end well, adding: “a young man in his 20’s just sitting at home waiting for 2 decades (for his husband Joe Exotic to get out of prison) is a near-impossible ask.”

Do you think Joe Exotic and his husband will work things out? Let us know in the comments!