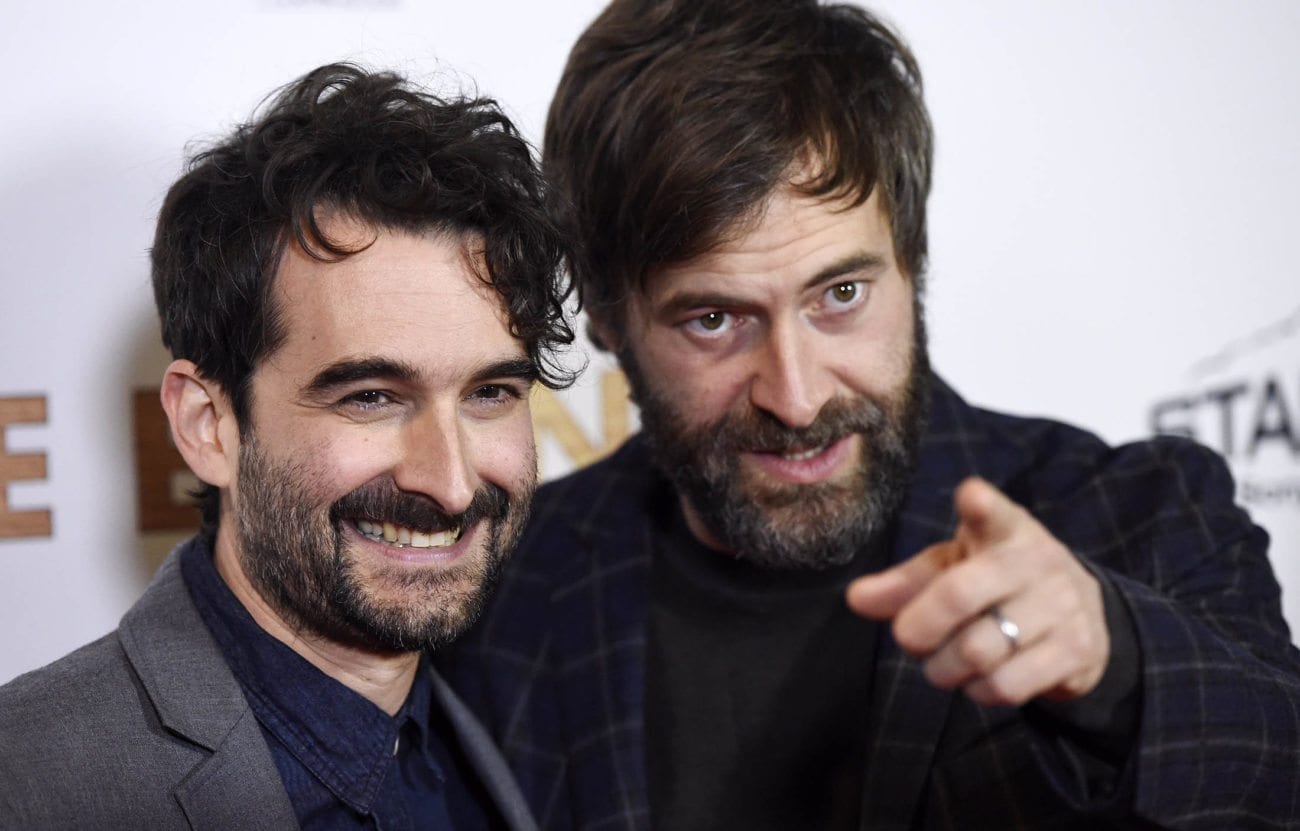 Please imagine the following statement accompanied by an awkward, Mumblecore-style ditty played on a small keyboard or ukelele – the Duplass Brothers have landed a four-movie deal with Netflix. As reported by Variety, Jay & Mark Duplass enthused, “Turns out when you make films for Netflix, millions of people all over the world watch them. This is not a terrible thing for an independent filmmaker.” Not at all, fellas.

With their first film for the streaming giant due to premiere later this year – a mysterious movie known only as Duplass Brothers-Ray Romano Project – fans should probably revisit some key Mumblecore moments in anticipation. Both Mark and Jay were significantly involved in the quirky, lo-fi indie film scene when it started in the early 00s, and we’d be remiss not to take this as an opportunity to celebrate that fact with our ten fave Mumblecore movie moments.

Let’s start with the most essential cut from the Duplass Brothers – this scene in which Josh (Mark Duplass) brings Emily (Katie Aselton) to tears by playing a quaint little song on a very small keyboard is peak Mumblecore.

There are few Mumblecore moments as iconic as this one in which Andrew (Joshua Leonard) reveals his plan to have sex with Anna’s (Alycia Delmore) husband Ben on-camera for an art project. Watching the mood of the scene change from drunken fun to screaming panic is pure poetry in motion.

Following 24 hours’s worth of a new romance, this movie is full of memorable and stunning moments from the director of Moonlight. However the sequence in which Micah (Wyatt Cenac) and Jo (Tracey Heggins) take a ride on a merry-go-round after spending the night together is pure bliss on film.

Bujalski has an amazing knack for expressing the painful banality of life in delightful and cathartic ways. This scene in which his awkward character Mitchell unsuccessfully asks deeply comfortable co-worker Marnie (Kate Dollenmayer) on a date is a perfect example of that.

All hail Mumblecore goddess Greta Gerwig (Lady Bird) whose bumbling performance as the titular character of Hannah Takes the Stairs is still a delight over ten years later. This scene in which she wears a bathing suit and swimming goggles while taking a bath and ruminating wildly about the ills of society is basically what made Gerwig the poster girl for Mumblecore.

With performances from Anna Kendrick (Pitch Perfect 3) and Lena Dunham (Girls), Happy Christmas showed Swanberg moving into slightly more mainstream territory. As ever, Kendrick is the queen of dry humor, as evidenced by the way she gets bored while making out with Kevin (Mark Webber) and abruptly leaves him.

Watching a woefully drunk Michelle (Gerwig) being hit on by Chad (Steve Zissis) should by all accounts make for uncomfortable viewing. But Gerwig is so winsome and sweet and Chad is so resigned by his rejection that the scene ends up being one of the most charming of the whole movie.

It’s pretty well accepted that food fights make for great cinema – that’s simply a scientific fact, proved by the one between Kate (Olivia Wilde) and Luke (Jake Johnson) in Drinking Buddies. A big round of applause please for the turkey slice pirate patch.

The Duplass Brothers hit the big leagues with this comedy starring Jonah Hill (The Wolf of Wall Street) in the titular role and John C. Reilly (Step Brothers) as the inventively named character John. Watching the two silently share a moment as Cyrus shows off his immense synth setup is uncomfortably amusing for all the right reasons. It definitely doesn’t sound like Steve Miller okay? Jeez.