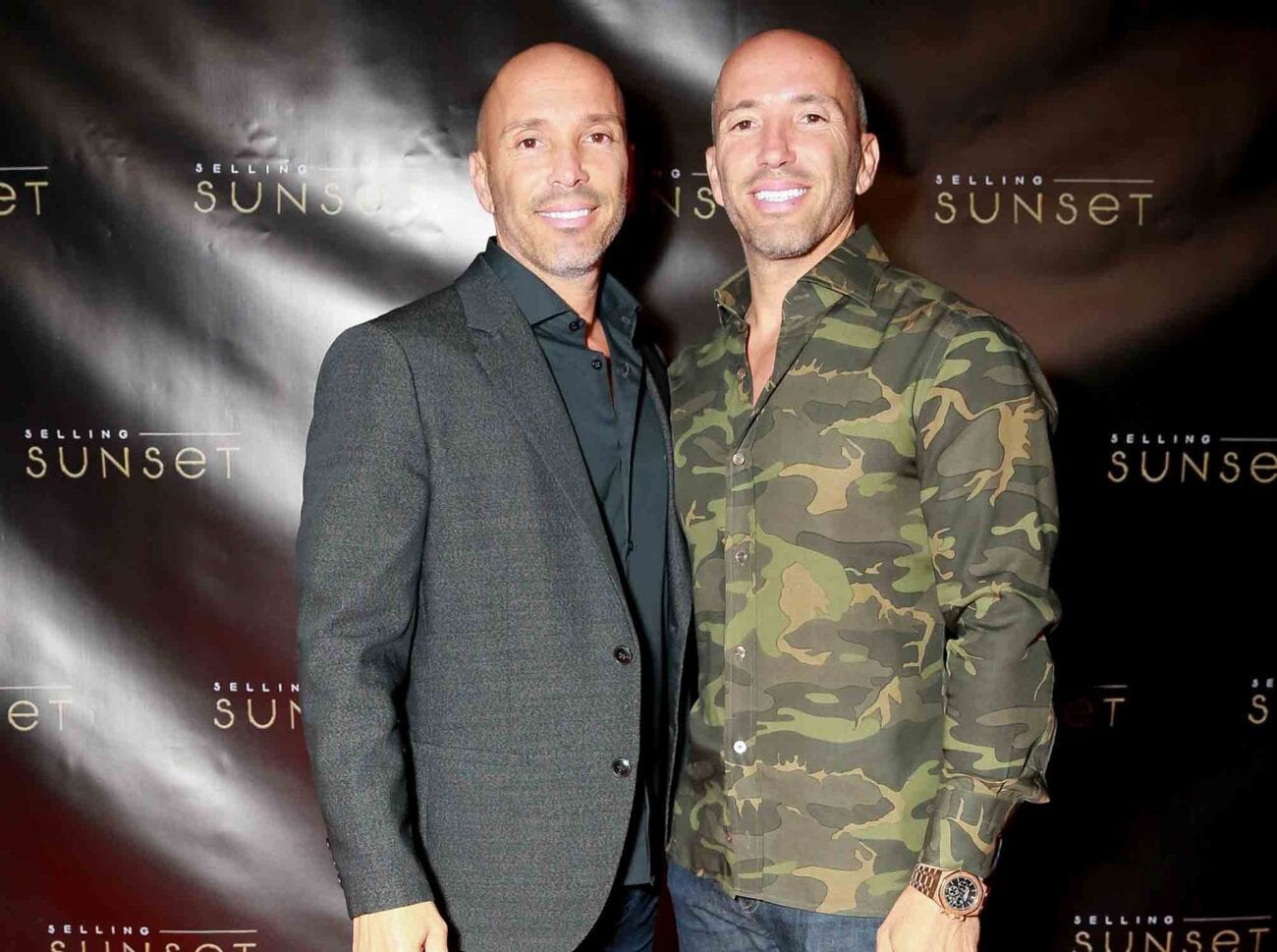 ‘Selling Sunset’: How to tell Brett and Jason Oppenheim apart – we think

We love Selling Sunset. The pretty houses, the passionate women, and the glamor of the Hollywood Hills have us fully enthralled with Netflix’s reality series. The announcement of an incoming (eventual) fourth season has us breathing a big sigh of relief. After all, we just have to know the aftermath of Davina Potratz telling Chrishell Stause that she believes there’s “two sides” of the story in Stause’s divorce – while at a wedding.

However, we must admit something – after three seasons (24 episodes) and enough eye squinting to have Christine Quinn knocking on our door with a botox needle (which we would politely decline) we still cannot tell Brett and Jason Oppenheim apart with any amount of accuracy or certainty. 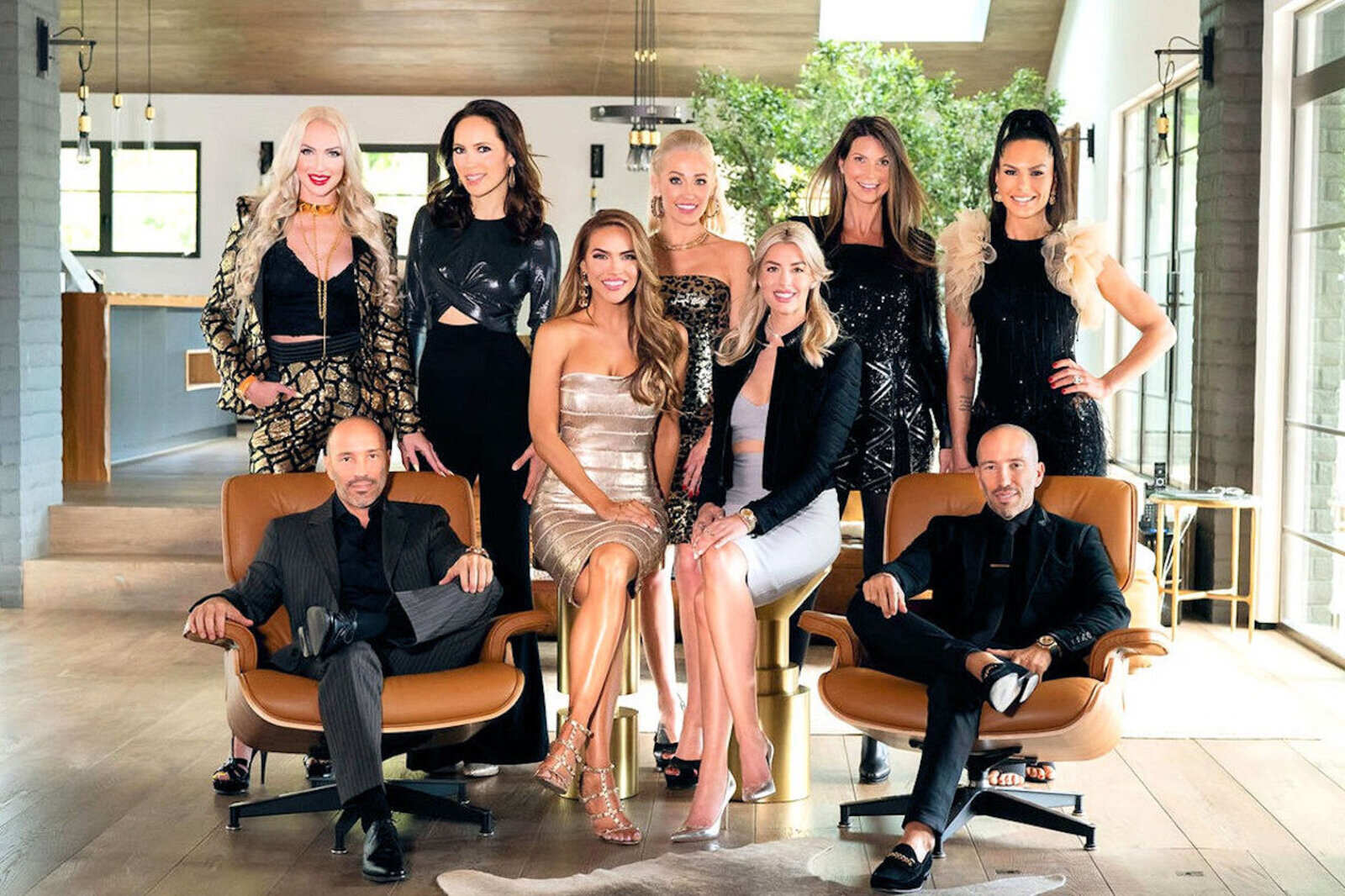 It’s a little embarrassing, but really, we’ve seen identical twins before & none of them have ever been this identical. It drives us up the wall. So, we sat down, rewatched footage of the show, stared at pictures of the Oppenheim twins until we felt like we were going crazy, and then tried to quiz ourselves.

We think we’ve finally cracked the code, but honestly, we’re a little worried the results came from some kind of instinct or relied on the familiarity with who was doing what in each scene, so if our tips don’t work we apologize. Here’s how to tell Brett and Jason Oppenheim apart – probably . . . maybe. 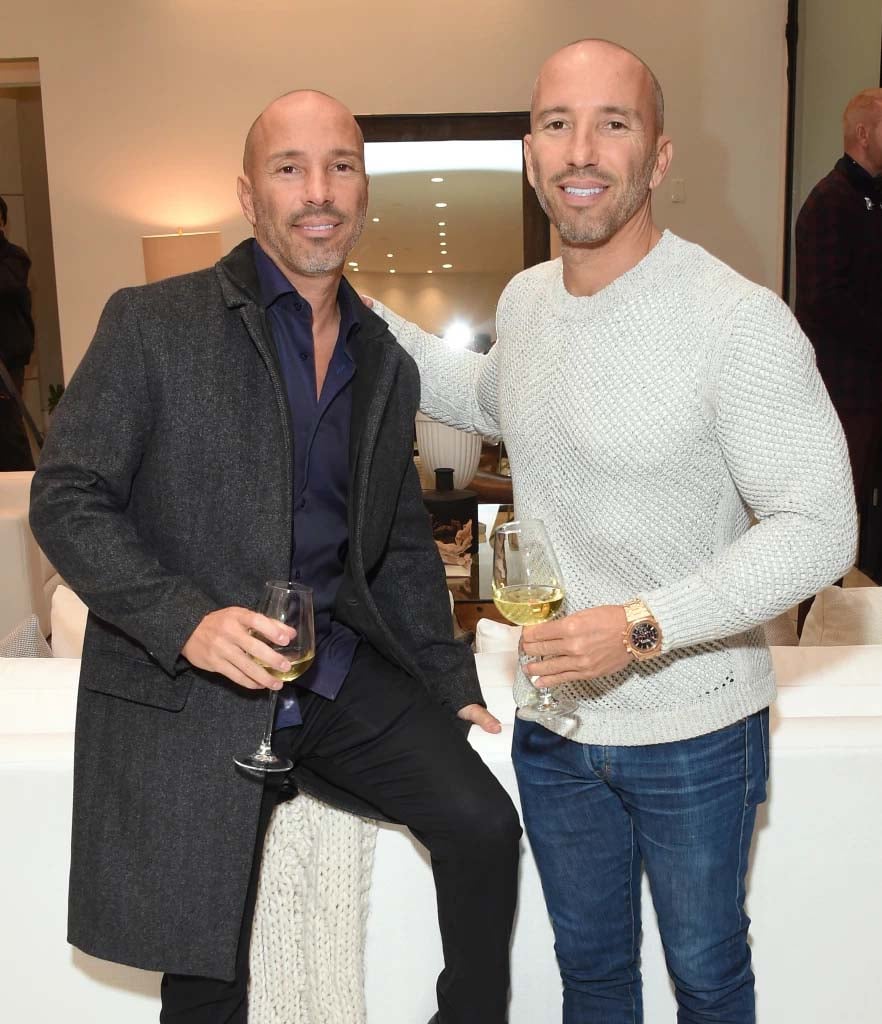 We poked around the internet for a while trying to see if anyone else had a fool-proof way of identifying the differences between Jason and Brett, but the answer was a fairly resounding “no, we’re all horribly confused”. One person online did purport to have a trick though – they claimed their noses are different.

Now, we had already stared at Oppenheim twin pictures for a decent amount of time at this point & we know we investigated their noses for a hot minute. (Wow this is weird isn’t it?) While we somehow weren’t able to discern a difference the first time around we did realize at a second look that there is a bit of a difference. 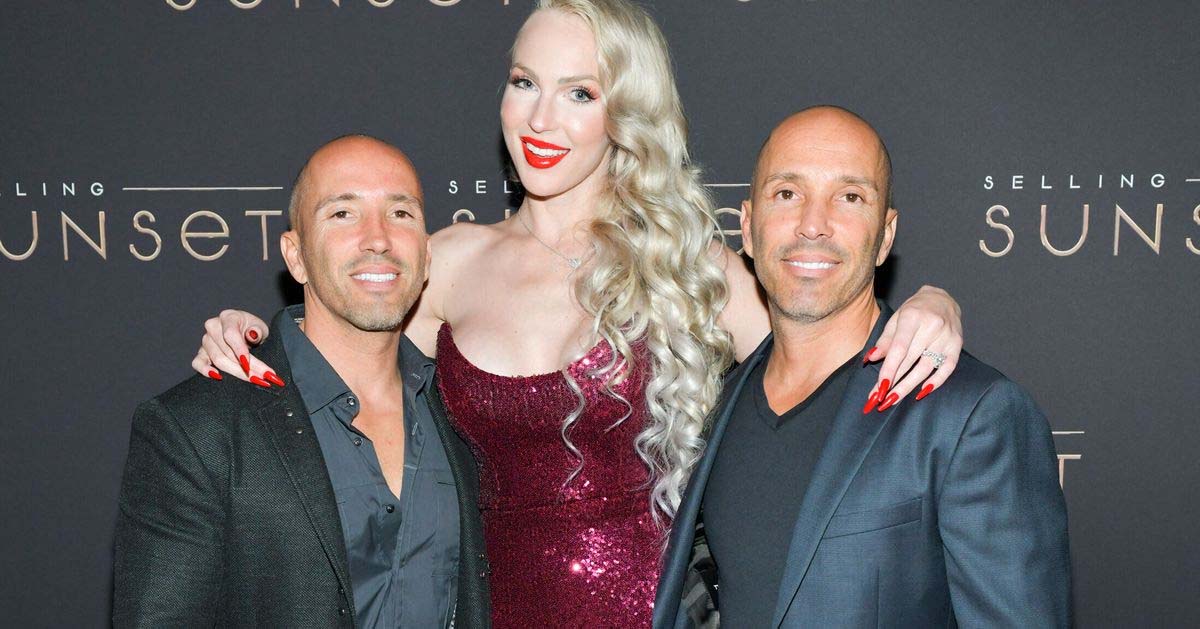 Brett’s nose has a thicker bridge than Jason’s. That’s it, that’s the whole trick. This one really only works when you’re looking at a still image. In video form, you’ll probably just start yelling “Who are you?!” at your computer. Is that a personal anecdote? We’ll let you decide.

Side note: This difference leads us to believe that either Brett broke his nose at some point or Jason got a nose job. 👃 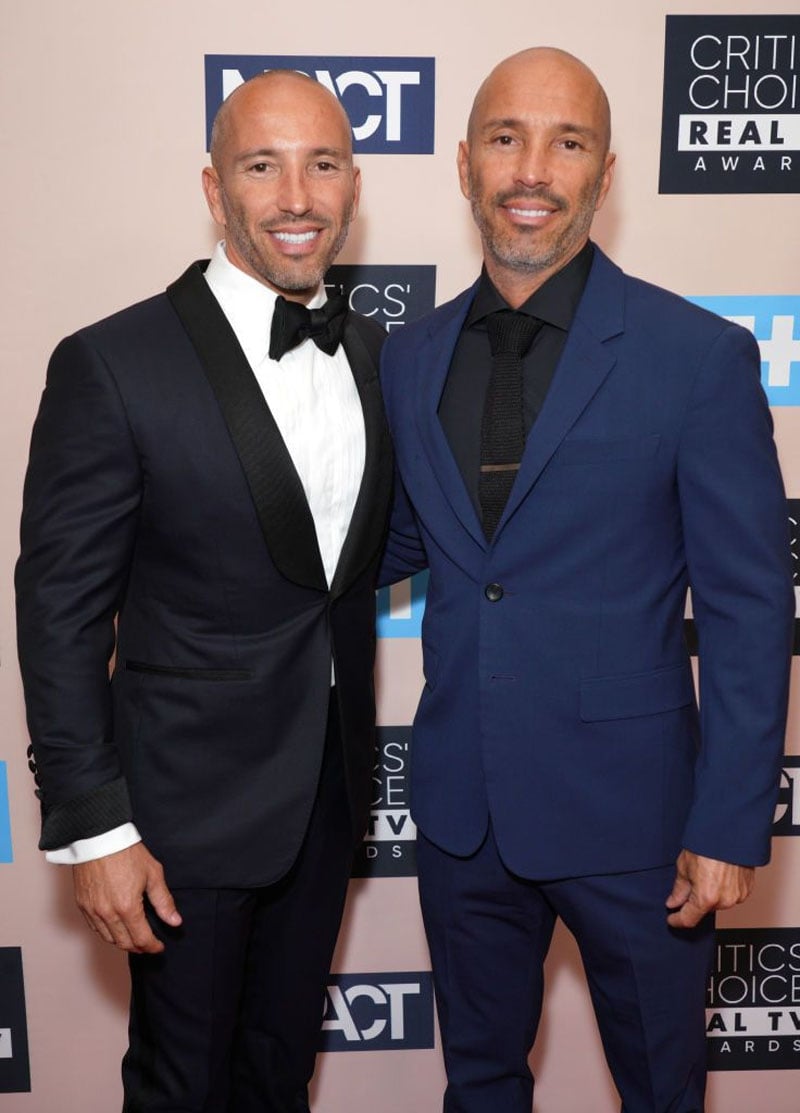 This is not entirely confirmed, but in a lot of images, Brett seems to be slightly taller than Jason. Google claims they’re both five feet and six inches, so it’s possible the difference is due to shoe choice or lifts.

We’re also perfectly ready to admit that at least once we thought it looked like Jason was the taller one, so it really might be shoes. In any case, Brett seems to wear shoes with an extra inch or two of height more often than Jason does, so it’s at least a possible indicator. 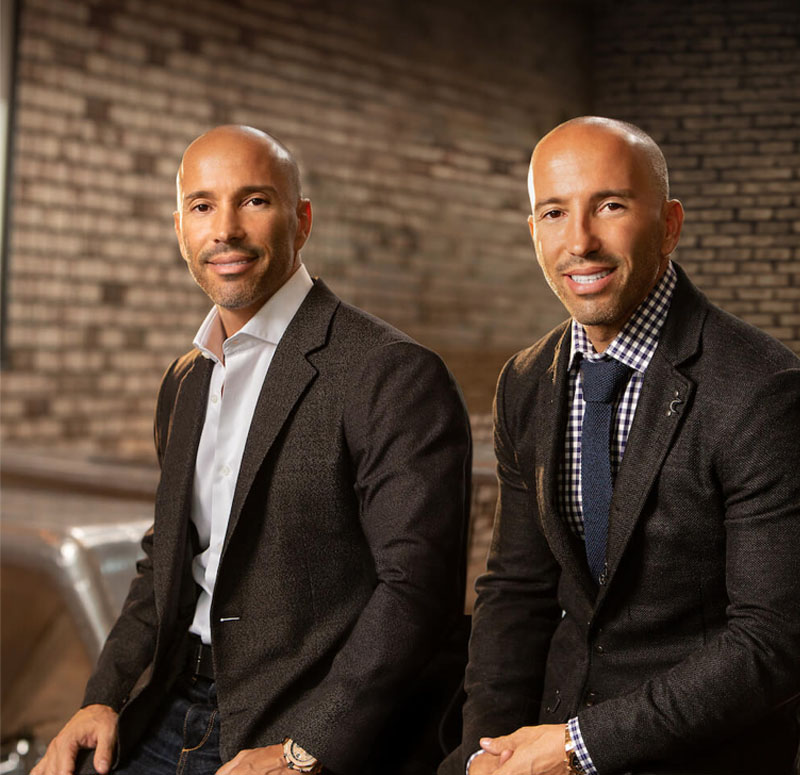 This is our personal favorite way of identifying the two because it’s been the most accurate for us. Jason likes to plaster big old smiles onto his face and show off all of his sparkly white teeth.

Brett, on the other hand, prefers a slightly more subtle smile with a lot fewer teeth showing. Honestly? If an Oppenheim twin looks like they’re being forced to smile you can probably bet it’s Brett. Alternatively, if it looks like a tired smile it’s also probably Brett. 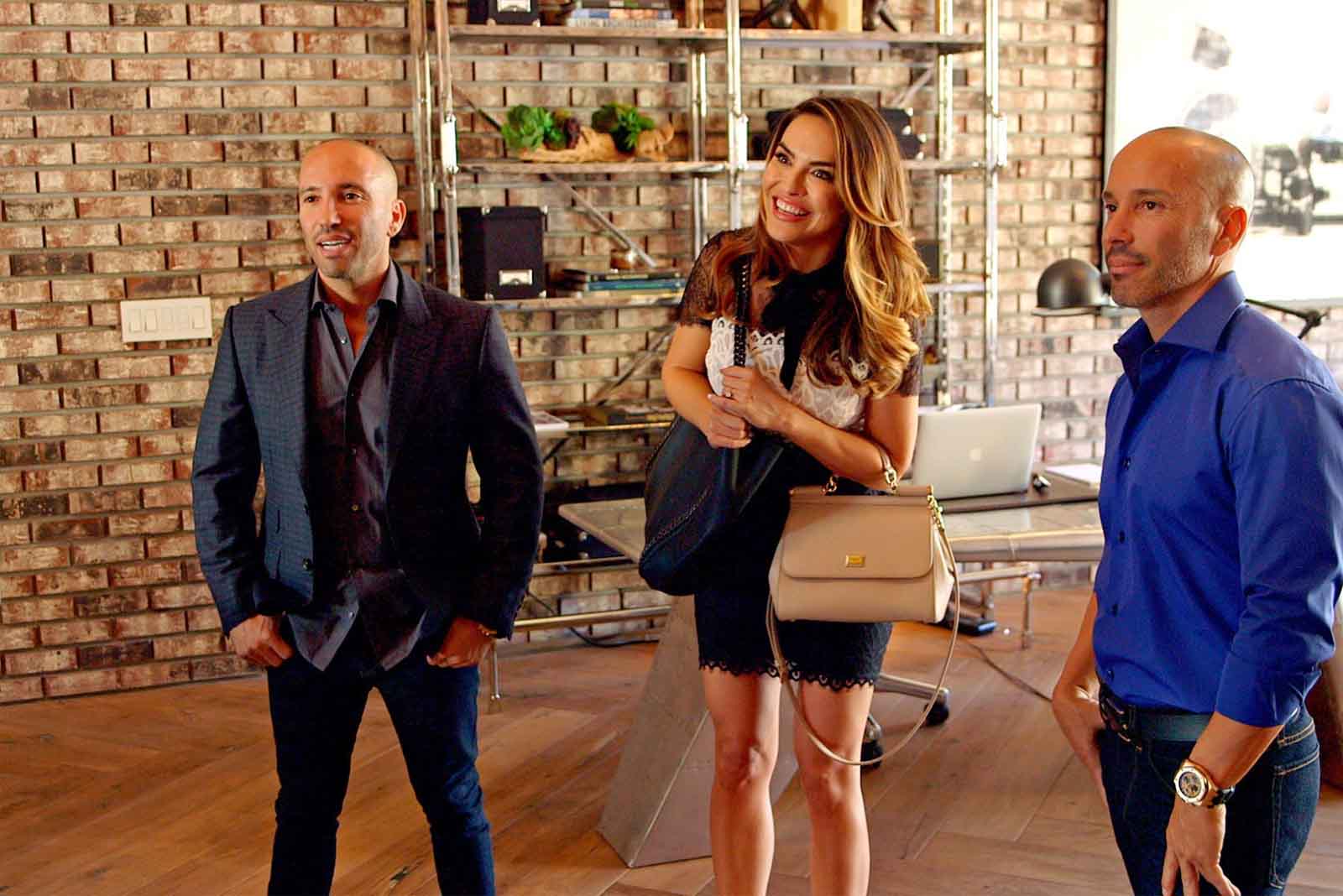 When you’re watching Selling Sunset you have the ability to throw in some extra cues that images don’t afford you, which can help improve your ability to tell the twins apart. Jason spends a lot more time on camera in the show, so while watching, even if you guessed Jason every single time there’s an Oppenheim on screen, you’ll have what we’d guess to be a 70% success rate.

Jason tends to be a little louder and more boisterous & isn’t afraid to have strong opinions. Also if he’s hanging around Mary Fitzgerald that’s a great indicator too since they used to have a romantic relationship & someone’s torch seems to be not-so-secretly still burning.

Brett seems quieter, both in the sense that he says less & just speaks softer. He’s a little more demure, and seems a bit more easy going than Jason. Brett is, in the end, the reason Potratz was able to take on the $75 million house. Brett also has a pretty strong relationship with Heather Rae Young, so if there’s ever a scene featuring only one twin and Young, then odds are it’s Brett.

We hope this helps

Hopefully, when we eventually get to watch the fourth season of Selling Sunset this guide will help you to tell the two Oppenheim twins apart, which just might help certain scenes make a little more sense.

If not, well we tried, but then our slightly creepy venture of poring over every Oppenheim twin picture we could find would have been for nothing. So, we really do hope this helps you because then this won’t feel too weird.