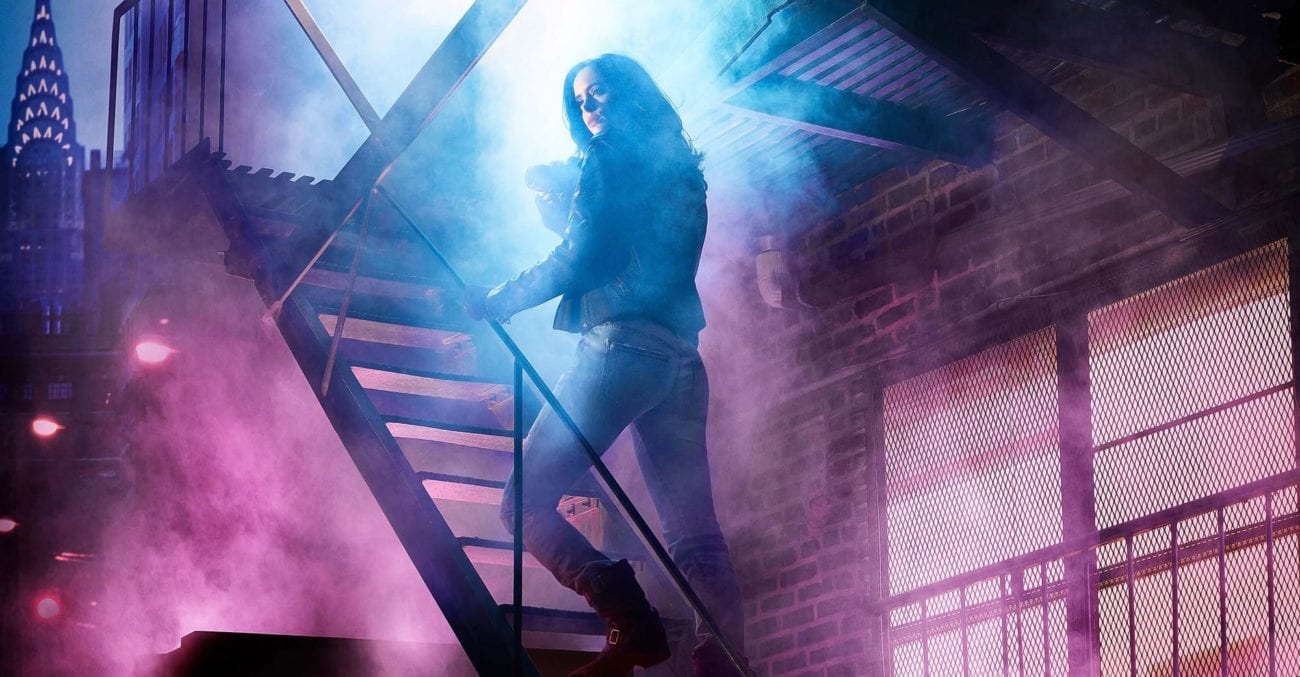 There’s a strong likelihood after seeing Jessica Jones season two, you found yourself obsessing over irrepressible earworm “I Want Your Cray Cray”. Revealed in the Netflix Originals Marvel series as being the big pop hit lurking in the past of Jessica’s (Krysten Ritter) best friend Trish Walker (Rachael Taylor), the song is so infectious it should come with a health warning.

If you’ve only just managed to remove the song from your psyche, we make no apology for what will undoubtedly force the catchy chorus right back into your head again: there’s a music video for “I Want Your Cray Cray”.

While the song boasts a single repetitive line to a bright grinding melody, the video features an homage to VH1’s Pop Up Video complete with popup references Jessica Jones fans will love. It also has plenty of Trish looking a little out of it while performing an (imperfectly) choreographed dance. Speaking to IndieWire about the song and video recently, showrunner Melissa Rosenberg called it “the worst song ever.”

It’s the most obnoxious song, but it’s hilarious . . . The point of it was a play on these Disney stars that have their moments as pop stars and their songs are like ‘I throw my hair,’ like one line. One lyric.

“Backdoor Lover” by DuJour: Josie and the Pussycats

The video is only on screen for a few fleeting seconds but it’s honestly all we need to see of Tracy Jordan (Tracy Morgan) in full Werewolf regalia during his novelty “spooky” song. Frankly, we wish it were real.

It’s Rex Manning day! The song (and video) prompting super-babes Liv Tyler (Armageddon) & Renée Zellweger (Chicago) to inexplicably throw themselves at sexy-Rexy (Maxwell Caulfield) is a fantastic testament to the power of a great music video. Manning is a smug hideous monster and yet with “Say No More (Mon Amour)” he’s transformed into a windswept vaguely French lothario women find impossible to resist.

Along with Titus’s “ode to black penis” (“Peeno Noir”) and his parody of Beyoncé’s “Hold Up”, the character is the current reigning king of fake music videos. At Film Daily we’ve got a particular soft spot for “Boobs in California” – a flawless pastiche of various songs (by California-obsessed bands like The Beach Boys and the Red Hot Chili Peppers) that aggrandize everything about the West Coast state. 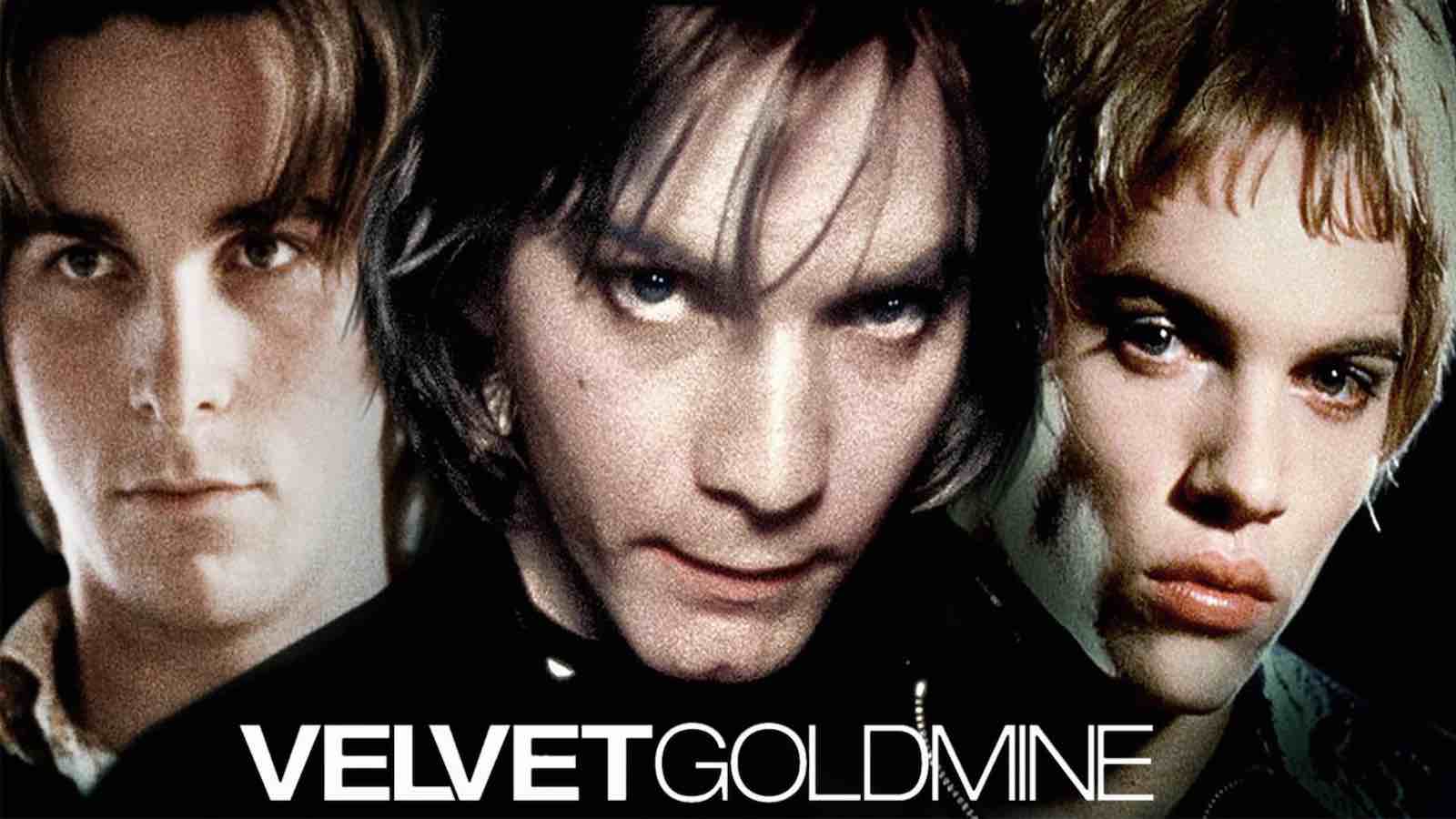 “The Ballad of Maxwell Demon” by Venus in Furs: Velvet Goldmine

Featuring Christian Bale (The Dark Knight) in a pair of furry trousers and Jonathan Rhys Meyers (The Tudors) pouting and slinking his way through a psychedelic set, “The Ballad of Maxwell Demon” is a beautiful tribute to British rock performers of the 70s like David Bowie & Marc Bolan.

When Dale (John C. Reilly) and Brennan (Will Ferrell) start an entertainment company in a bid to finally bring home an income, they produce this irredeemable monstrosity in which they go full on baller on their father’s boat. Two middle-aged white men spitting rhymes about their genitalia while gyrating in front of two bikini-clad ladies? It’s hideous and painfully hilarious.

“Let’s Go to the Mall” by Robin Sparkles: How I Met Your Mother

Robin (Cobie Smulders) is revealed to have been a teenage pop star in the 80s which wonderfully leads to the unearthing of this gem. As well as being loaded with Canadian innuendo and a comically exaggerated accent, “Let’s Go to the Mall” is also stacked full of 80s nostalgia. A time when acid wash denim ruled and when pop stars made a career out of singing outside the food courts of various city malls across North America.

Featuring an overly-produced reworking of Phoebe’s (Lisa Kudrow) acoustic ode to a fetid feline, the “Smelly Cat” music video also tries (and fails) to sex up a totally unsexy song. It was the 90s after all.

The Mariachi band opens an episode with this ode to elusive drug kingpin Heisenberg (Bryan Cranston). Full of violent imagery, the music video outlines just how far off the rails Walter White has gone and just how heightened the legend of Heisenberg has become.

“Samson Gets Me Lifted” by Sir Smoke-A-Lot: Half Baked

Short, simple, and to the point, Dave Chappelle’s blunt-boosting rapper is still one of his finest comedic creations. Sir Smoke-A-Lot has great flow but he also has a room and a wardrobe that appears to be made from the finest kush around.

Trent Lane’s mediocre band was composited of burnouts, bleak lyrics, and boring riffs. But they still managed to have a music video and as expected it looks like the walls of every bedroom you partied in at college – a total color-blurring trip.

Where to stream Eternals online? Marvel’s next blockbuster