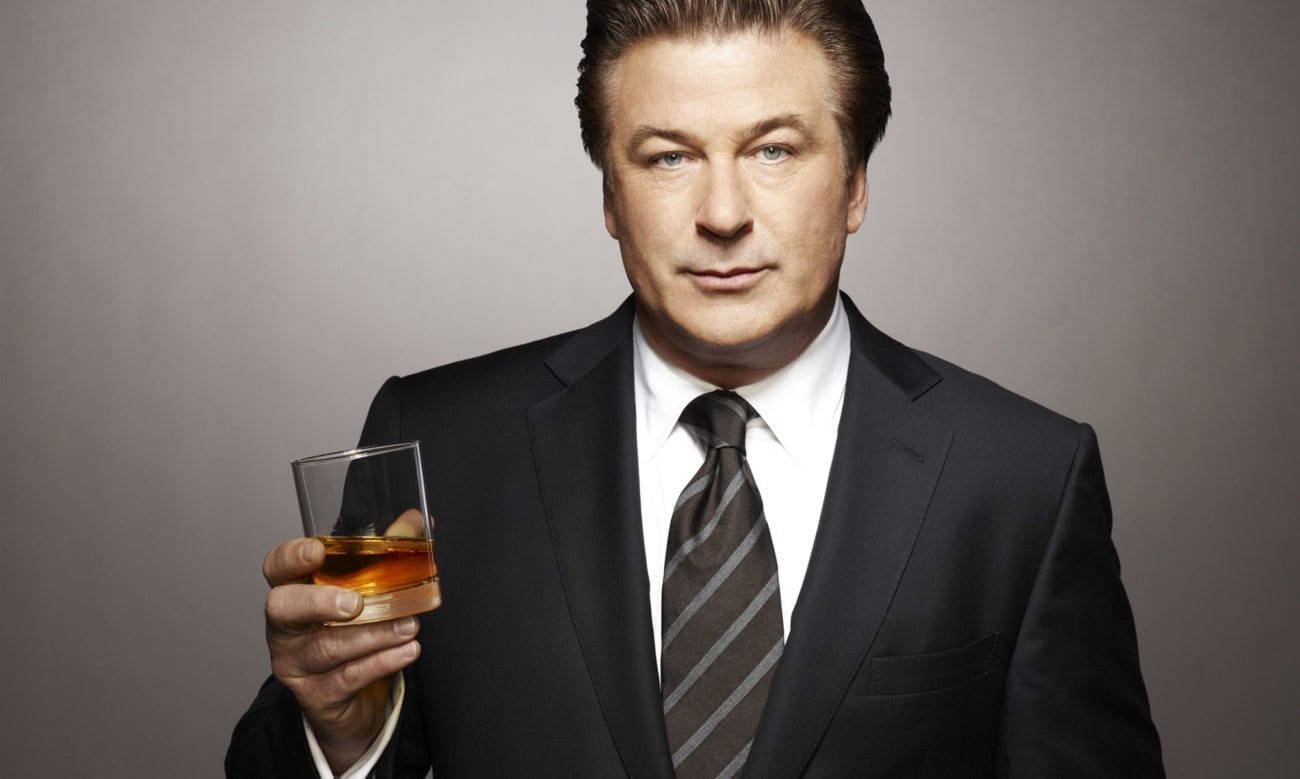 Following a brief stint hosting his own talk show – Up Late With Alec Baldwin – the eldest Baldwin brother and his syrupy smooth vocal stylings gave it another shot, this time with ABC. The Alec Baldwin Show aired eight hour-long episodes before a soft cancellation. (I.e., ABC didn’t make an announcement per se, they just started airing reruns during the Sunday night slot.)

Alec Baldwin’s career spans acting, hosting, and philanthropy, but it proved challenging for the actor to translate that life experience into an engaging interview show. After all, it’s usually comedians who excel in the role. As we wave goodbye to this second failed stint, check out the most outstanding moments of the actor doing what he does best below.

“Coffee’s for closers only.”

Baldwin’s appearance in the classic film Glengarry Glen Ross only lasts for about ten minutes, but it stands the test of time as one of the best extended monologues in cinematic history.

Playing Blake – a swaggering, posturing salesman with a gold watch that cost more than your car – his vulgar belittling of the film’s real-estate sales team inspired the cast to refer to the film jokingly as “Death of a Fuckin’ Salesman”. His opening demand to “put the coffee down” is so needlessly petty & cruel, it cemented Baldwin as a self-invested authoritarian for the rest of his career.

After Baldwin’s pitch-perfect takedown of Trump, it’s a wonder that the ex-Apprentice host and philandering business mogul was still elected. Baldwin’s gurning, lumbering impression of Trump is spoton, and his ridiculous speeches are only one step further than the real thing.

Appearing in sixteen episodes of Saturday Night Live, there are many brilliant sketches to choose from, but the three parodies of the presidential debates are probably his best work.

Another delightfully vulgar performance, Martin Scorsese’s modern Boston gangster flick was one of his foulest scripts before The Wolf of Wall Street came along. Though the fast-talking Captain Ellerby wouldn’t be anywhere without Mark Wahlberg’s Sergeant Dignam by his side, one of the film’s best moments occurs when Baldwin offers Matt Damon (Good Will Hunting) a cigarette.

“You don’t smoke, do ya, right? What are you one of those fitness freaks? Huh? Go fuck yourself.” Rattling obscenities like a Tommy Gun, Baldwin channels his Glengarry Glen Ross role and gives the remake of the Hong Kong thriller Infernal Affairs some well-needed American flair.

Tim Burton (Ed Wood) snatched Alec Baldwin up for one of his earlier (and thinner) roles – the husband of Geena Davis (Thelma & Louise).

After a terrible accident, the couple discover they’ve still got Earthly business to take care of, so they enlist the help of Michael Keaton’s Beetlejuice to scare away the new, unwanted owners of their old house. Using Burton’s trademark stop-motion scares, the pair morph their faces in hideous ways in an effort to spook Winona Ryder (Stranger Things) and her family.

Friends has featured guest appearances from almost every actor working in Hollywood, from Brad Pitt (Moneyball) to Gary Oldman (Darkest Hour). Baldwin has to rank high amongst our favourites, as his character Parker – Phoebe’s enthusiastic new friend – is a hilarious subversion of Baldwin’s usual temperament. Swapping his foul mouth for bright eyes & hugs, we’ve never really seen this version of Baldwin again since.

Another decidedly un-Baldwin Baldwin performance, Still Alice is one of those films that came and went with a smattering of general praise but has largely been forgotten. Winning Julianne Moore (Boogie Nights) her first Academy Award for her effective portrayal of Alzheimer’s, the film wouldn’t be the same without the more subtle development of Baldwin as her husband.

I Can’t Fight This Feeling Anymore

No, this isn’t a great performance by any stretch of the imagination, and yes, Baldwin looks like he’s on the verge of suicide throughout the whole thing. But we’re very excited to remind you that the Academy Award-nominated actor had a supporting role in a love letter to 80s hair metal called Rock of Ages, sporting a dreadful wig and starring alongside Russell Brand (Forgetting Sarah Marshall) & Tom Cruise (Top Gun).

Brand and Baldwin share a powerful, sappy, and awkward duet, and the shot of the pair sharing candy floss on a carousel is one for the ages.

As a semi-frequent voiceover artist, Baldwin has narrated several films and voiced numerous cartoon characters in animated features. As well as providing the narration for The Royal Tenenbaums, Baldwin has voiced both a lion (Madagascar: Escape 2 Africa) and Santa Claus (Rise of the Guardians).

One of Baldwin’s best has to be his unrecognizable performance as the hitman Dennis in the childish guilty pleasure, The SpongeBob Squarepants Movie (we know you’ve all seen it). Dennis is a leatherbound maniac hired to kill Spongebob & Patrick, but not before he mocks their kelp ‘taches by growing one of his own in a matter of seconds.

“Imagine a dessert for two, Tahitian-vanilla-bean ice cream in a pool of cognac, drizzled in the world’s most expensive chocolate, Amedei Porcelana, covered with shaved white, black, and clear truffles, and topped with edible 25-karat gold leaf.” Jack Donaghy’s favorite excessive desert might not taste as good as putting a donut in the microwave, but it’s the perfect exhibition of the luxuriant lifestyle enjoyed by his character on 30 Rock.

Did you really think we’d forgotten about The Boss Baby when we discussed Baldwin’s best voiceover roles? The Academy Award-nominated cartoon was one of last year’s strangest films, but we’d be lying if we said Baldwin wasn’t giving it his all.

Rounding off the list nicely with a callback to one of his most famous roles, the Boss Baby recalls Glengarry Glen Ross with a little bit of Arnold Schwarzenegger (Jingle All the Way) when he tells one of his infant henchman to “put that cookie down!”