What the kids from ‘Stranger Things’ do outside the Upside Down

Netflix has an eye-watering budget to play around with, so it’s no surprise the actors of its hit show Stranger Things got some serious pay raises for S3. According to the Hollywood Reporter, sources say the streaming giant ponies up as much as $350,000 an episode for each of its adult actors. Tasty!

Meanwhile, its “B tier” actors a.k.a. the young stars — Finn Wolfhard (Mike), Gaten Matarazzo (Dustin), Caleb McLaughlin (Lucas) and Noah Schnapp (Will) — are each collecting $250,000 per episode. Certainly beats the one dollar a week we used to get at that age. 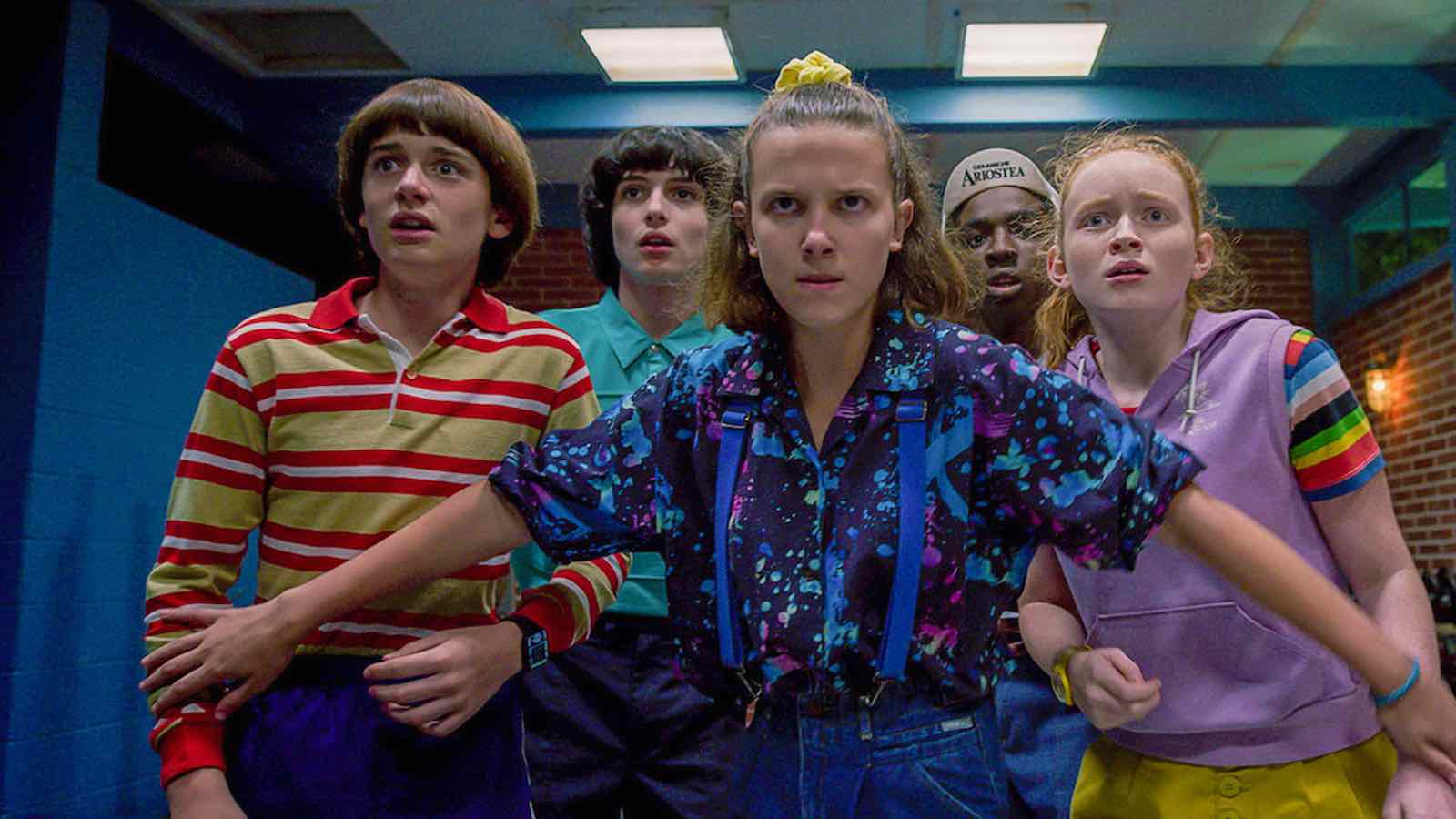 What remains a mystery is which tier 14-year-old actor Millie Bobby Brown (Eleven) falls into. Is it B, or will she in fact be bumped up to A thanks to her star power?

While we don’t know what camp Brown falls into, it’s clear from the level of noise surrounding this story, everyone is seriously thirsty for any Stranger Things info they can get their hands on. Of course, the bad news is we’re going to have a long time until the third season hits Netflix, as the producers haven’t even started filming yet.

To keep that thirst quenched, let’s take a look at some of the other on-screen projects the kids from Stranger Things are involved in. While it’s not quite the same as still shots or teaser trailers, we’ll take anything we can get right now. So thirsty!

Wolfhard had a busy year in 2017, what with his role as Losers’ Club member Richie in the adaptation of Stephen King’s horror classic, It. Now he looks set to add even more blockbuster hits to his resume (despite only being 15) with his next project, Dog Days.

Directed by comedian Ken Marino (How to Be a Latin Lover) and set for a 2018 Summer release, Wolfhard will star alongside Nina Dobrev (The Final Girls) & Vanessa Hudgens (Spring Breakers) in this movie about a group of interconnected people in Los Angeles who are brought together by their lovable canine counterparts.

The actor is also lending his voice to the Netflix revival of Carmen Sandiego, which will premiere in 2019. Oh yeah, and he might even return for the flashback scenes in the 2019 sequel to It too. Irons in the fire!

Perhaps Brown has found her genre (at least for the time being), as the 14-year-old is set to star in another huge sci-fi franchise. The actor will make her feature film debut in the sequel to 2014’s Godzilla titled Godzilla: King of the Monsters. While the film has wrapped up production and is scheduled for a 2019 release, plot & character details are being kept under lock and key for the time being. No doubt tidbits will trickle out in the months to come.

This year, Brown was also announced to have signed a deal to star in and produce a film series based on Nancy Springer’s Enola Holmes Mysteries novel series. The book series began with the 2006 title The Case of the Missing Marquess, and covered six novels revolving around mysteries investigated by Sherlock & Mycroft Holmes’ younger sister, Enola. Could this be another Harry Potter-style success in the making?

Following his role as Ricky Bell – one of the six members of the iconic 80s R&B boy band – in the 2017 mini-series The New Edition Story, McLaughlin also voices a character on the animated comedy series Final Space on TBS.

The actor performs alongside Fred Armisen (Portlandia) & David Tennant (Jessica Jones) in this show about an astronaut and his planet-destroying sidekick, as they embark on serialized journeys through space.

Gaten Matarazzo isn’t involved in any other on-screen projects aside from Stranger Things ?. At least it meant his return in S3 was all the sweeter.

In addition to his role as Will, Schnapp starred as Otis Copeland in We Only Know So Much – a movie adaptation of the bestselling book of the same name that follows four generations of an eccentric American family.

Noah’s also taking a different route to sci-fi by nabbing the lead in the indie drama titled Abe, about a half-Palestinian-Arab, half Jewish-Israeli teen living in Brooklyn. The role will see his character try to bring both sides of his always disputing family together by using his talent & ambition to cook the best meal he can. Looks like the Stranger Things actor has a lot on his plate in the upcoming months. Oh Schnapp!