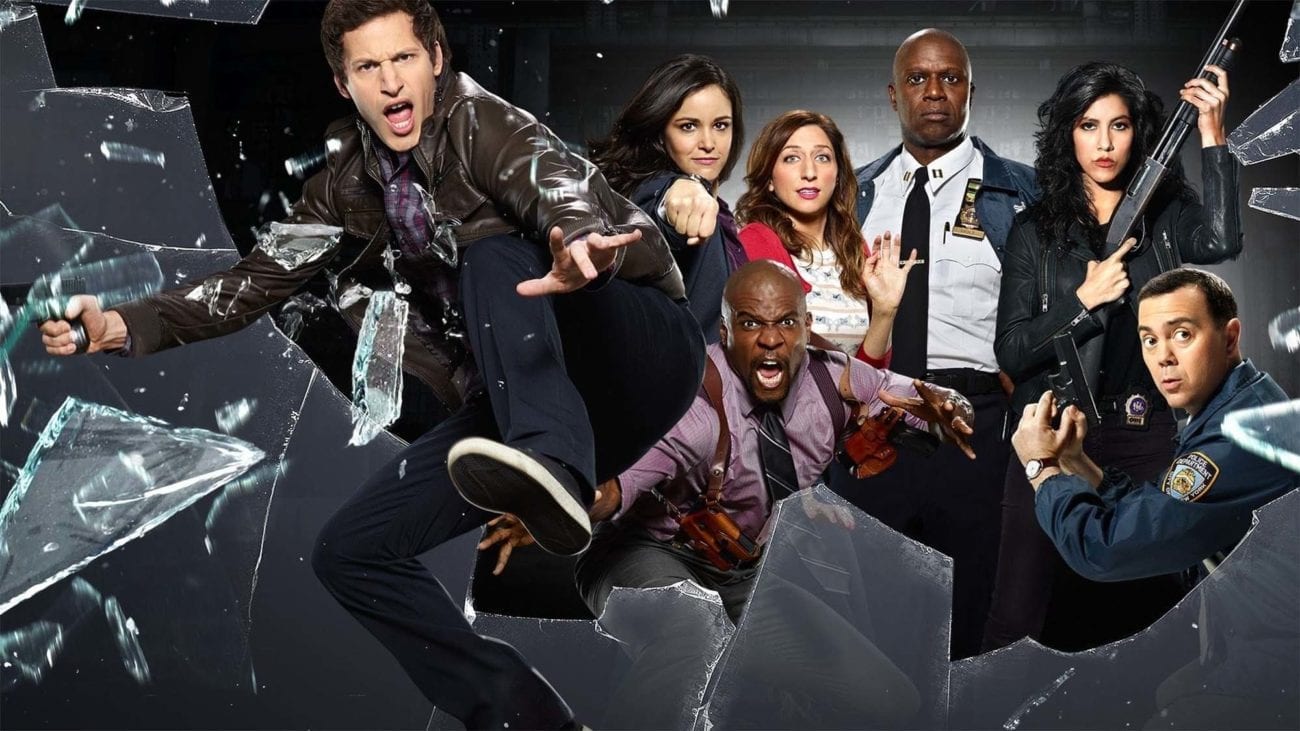 It’s a sad day for TV, folks – Fox’s hit comedy Brooklyn Nine-Nine has been cancelled after a five season run. This is just one of the casualties we were hoping not to see from the 2017-18 round, as broadcast networks plan their schedules for the next TV season. We hate to be the bearer of bad news, but we thought today we’d rip the bandaid off and bring to you the TV shows that have recently been cancelled or have already aired their planned finales and will not make a return. When you’re done, be sure to check out the shows that will be making a comeback, just to eradicate some of those negative vibes. So here it is – the drama and comedy shows that will be signing off this season for the last time.

We fought, we hoped, and we prayed our #1 kooky cop comedy would be back for a sixth season (we even pledged a very strong case about why Fox should definitely bring it back), but alas! We’ll be saying our farewells to Detective Jake Peralta (Andy Samberg) and the gang when its season finale hits on May 20 ?.

The Last Man on Earth (Fox)

Fox’s comedy about the last man standing (Will Forte) in a post-apocalyptic world has ironically met its end after a four season run.

Rene Balcer’s crime drama centers on the Menendez brothers who were tried on national TV for brutally killing their parents in Beverly Hills. The first edition delved into the players, the crime, and the media circus, detailing the day-to-day battles of the trial and unveiling the shocking truth of what really went down when the cameras stopped rolling. No second season for this show, but it’s definitely not the end of the Law & Order franchise.

Looks like it’s the death sentence for Erin Cardillo & Richard Keith’s (Significant Mother) dramedy – the show about a woman named Stella who, after finding out her terminal cancer is cured, must learn to live with all the choices she made when deciding to live like she was dying. Yikes!

We knew things weren’t looking great for the adaptation of A.J. Jacobs’s novel in which a man tries to live in accordance with the Bible’s teachings as closely as possible. Where’s your God now!?

It’s a good premise – a struggling hip-hop artist runs for mayor to promote his mixtape and ends up winning the election (which in this day and age, isn’t completely out of the realms of possibility). Unfortunately it failed to win over audiences and the show has been cancelled after just one season.

Curveball! It was looking likely that Fox’s comedy series The Mick would be back for a third season, but it’s been cut in its prime. The show itself portrayed the mishaps of a broke AF aunt who is forced to take care of her wealthy sister’s spoiled kids after the mom flees the country to avoid criminal charges.

We already knew The Middle was coming to its end, but it had a good nine-season run. Say your farewells, folks!

Once Upon a Time (ABC)

Fans of ABC’s fantasy drama will be devastatingly aware that Once Upon a Time is on the precipice of airing its two-hour series finale before bidding adieu for good. Better soak in all the magic of Hyperion Heights while you still can!

The Originals (The CW)

Prepare to say goodbye to the Mikaelson family, because The CW’s fantasy-horror series is flying off into the night after a five season run.

We’re kinda relieved the quirky, ukulele-playing antics of Zooey Deschanel (500 Days of Summer) are coming to an end with the season seven finale hitting next week. We’d had enough of New Girl after the first ever episode.

We’ve made our peace with it, but it still hurts – ABC’s political drama officially scandaled its last scandal, wrapping up the seven season run with a series finale last month.

Jennifer Lopez’s cop drama Shades of Blue will return to NBC for its final run of 10 episodes in June.

Ten Days in the Valley (ABC)

It’s the snip for Ten Days in the Valley, about an overworked television producer and single mother whose young daughter goes missing in the middle of the night and the line between her show and her personal life blurs.

Creator Kyle Jarrow’s (Lost Generation) military drama revolves around an army base that houses an elite unit of helicopter pilots trained to perform clandestine international and domestic missions. Give your finest salute, because the show has been cut after just one season.

Fox pulled the plug on M. Night Shyamalan’s Twin Peaks wannabe after two seasons, the final installation of which will start on May 25 (in case you’re interested).

Wisdom of the Crowd (CBS)

The drama show based on the Israeli series of the same name by Shira Hadad & Dror Mishani has not proved a favorite with audiences and has been cancelled after just one season.

For the second time, Mulder & Scully’s investigations into the strange and unexplained have come to an end. However, as history shows, another revival a few years down the line isn’t totally beyond the realms of possibility.