All the movies the Weinstein bankruptcy has thrown into development hell

News on The Weinstein Company took a turn this week following an announcement it would file for bankruptcy. While the formerly dominant production outfit claims to be considering “transactions of all types” (despite declaring sales negotiations had collapsed) for the producers and their films stuck under TWC, the outlook is bleak.

Over 40 projects hang in development limbo while the company comes to a resolution, including movies starring Joaquin Phoenix (You Were Never Really Here), Nicole Kidman (Big Little Lies), and Benedict Cumberbatch (Patrick Melrose), as well as a Sylvester Stallone TV series and a Judy Garland biopic. Many have watched on in tense apprehension for the last five months as allegations against co-founder and former co-chairman Harvey Weinstein threw the studio into chaos.

One such “survivor” hanging on in hope spoke to IndieWire to explain that’s why “people are starting to — across the board — shit their pants. We all talk to each other, all the people that have projects through there, and we’re all completely flummoxed and confused. We don’t know what’s happening, and trust me, we’re trying.” Right now the future of the company is unclear and the producers have no choice but to wait and see. As such, here are just some of the TWC titles currently stuck in production limbo:

In what couldn’t be a more fitting title, The Current War is a historical biography about electricity titans Thomas Edison (Benedict Cumberbatch) & George Westinghouse (Michael Shannon) and their battle to determine whose electrical system would power the modern world. After its premiere at the Toronto International Film Festival, the film lost December and November release dates and now it’s yet to be seen whether The Current War will fire an opening shot at all. 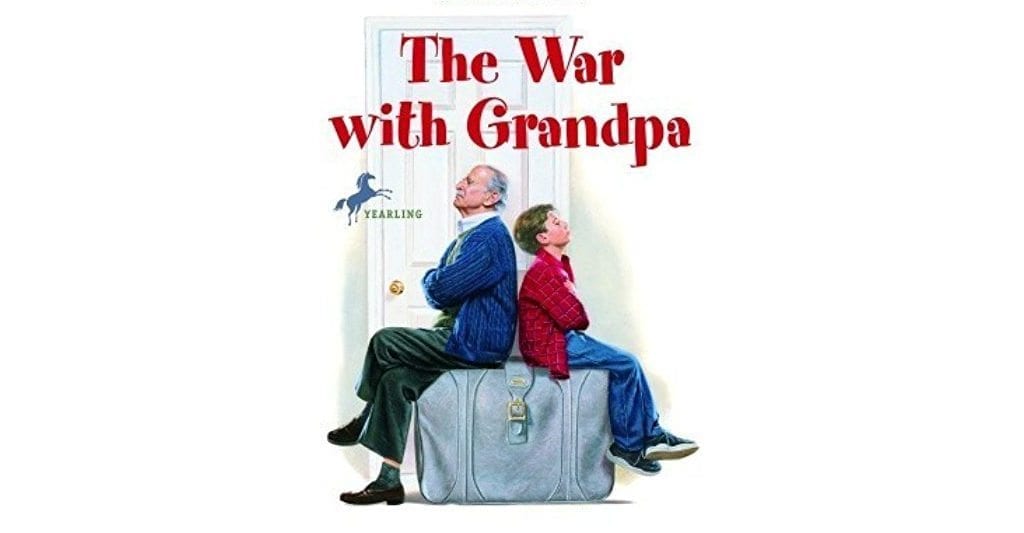 There are some big names in this film adapted from Robert Kimmel Smith’s book of the same name, including Robert De Niro (The Irishman), Christopher Walken (Father Figures), Uma Thurman (Pulp Fiction), and Oakes Fegley (The Goldfinch). The story echoes the family classic Home Alone in that a young boy forced to give up his room to his grandpa sets up a series of traps & pranks in an attempt to win it back. The film’s original release date (of three so far) was in April 2017. 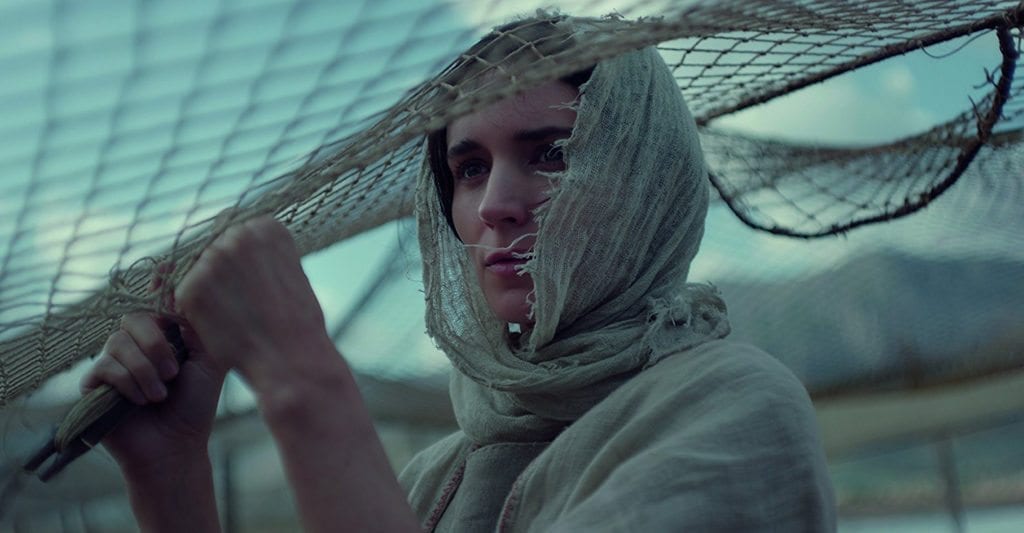 Starring Joaquin Phoenix (Don’t Worry, He Won’t Get Far on Foot) & Rooney Mara (A Ghost Story) and directed by Garth Davis, this Biblical drama tells the story of Mary Magdalene – the woman who is said to have traveled with Jesus as one of his followers. Although Universal will debut the movie in many international territories, in North America, Davis’s follow up to Lion has no release date. 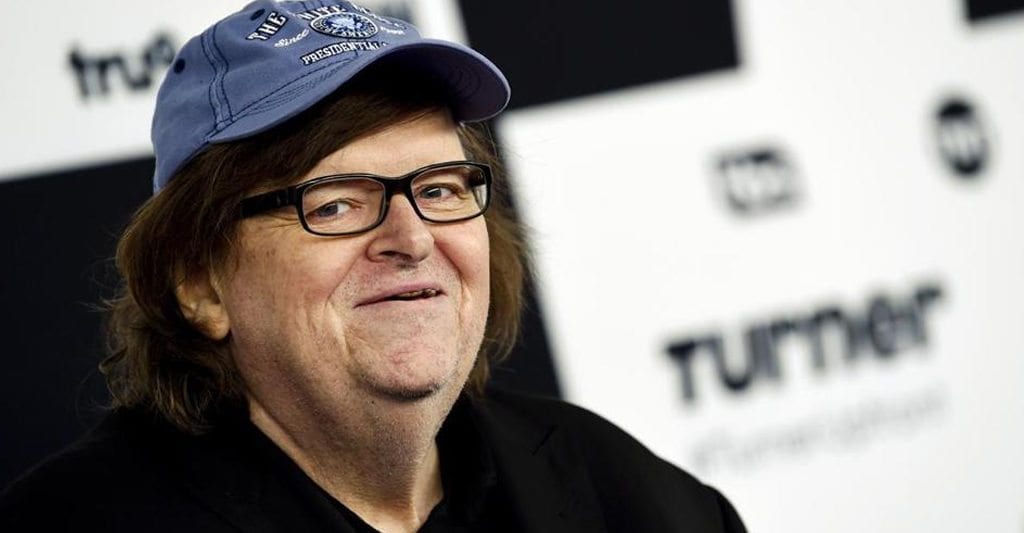 Last year, reports stated that Michael Moore was battling with Harvey & Bob Weinstein over the rights for Fahrenheit 11/9 – the Donald Trump-themed sequel to Moore’s award-winning Fahrenheit 9/11. The studio picked up sequel distribution rights in May 2017, but now the future of the film is in jeopardy due to TWC’s unsteady future. 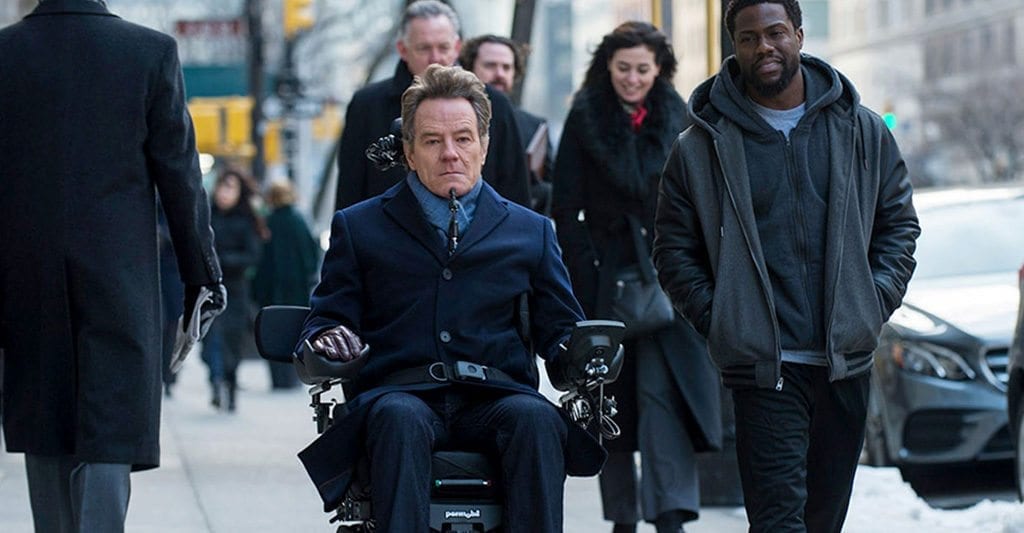 This remake of French comedy The Intouchables stars Bryan Cranston (Breaking Bad) as an affluent paraplegic and Kevin Hart (Jumanji: Welcome to the Jungle) as his assistant with a shady past. Featuring a supporting turn from Nicole Kidman (The Beguiled) and directed by Neil Burger (The Illusionist), the film was originally planned for a March domestic release. 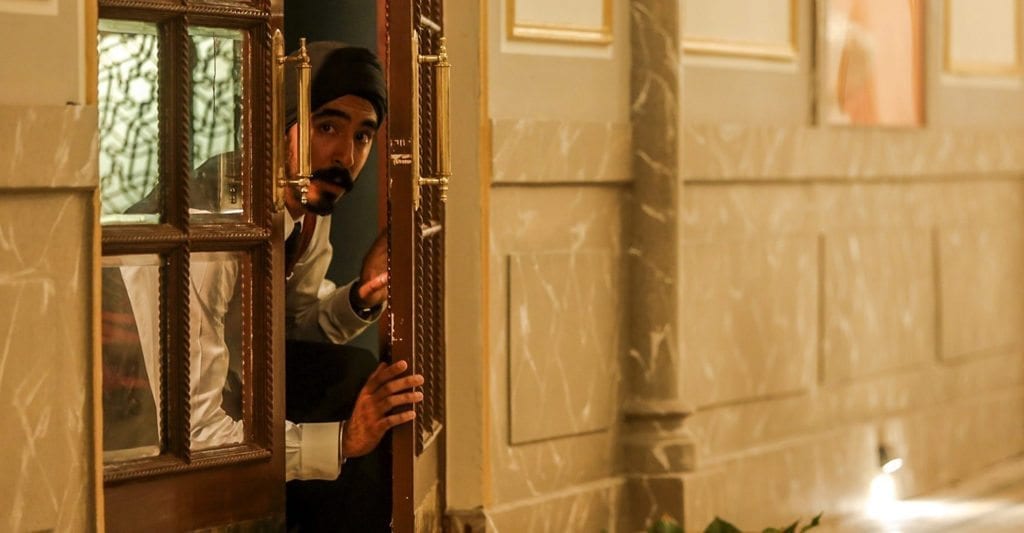 Directed by Anthony Maras, Hotel Mumbai tells the true story of the victims and survivors of the devastating attacks on Mumbai in 2008. While filming took place in Australia and India – with Dev Patel (Slumdog Millionaire) & Armie Hammer (Call Me by Your Name) leading the cast – there’s currently no news on an official release date. 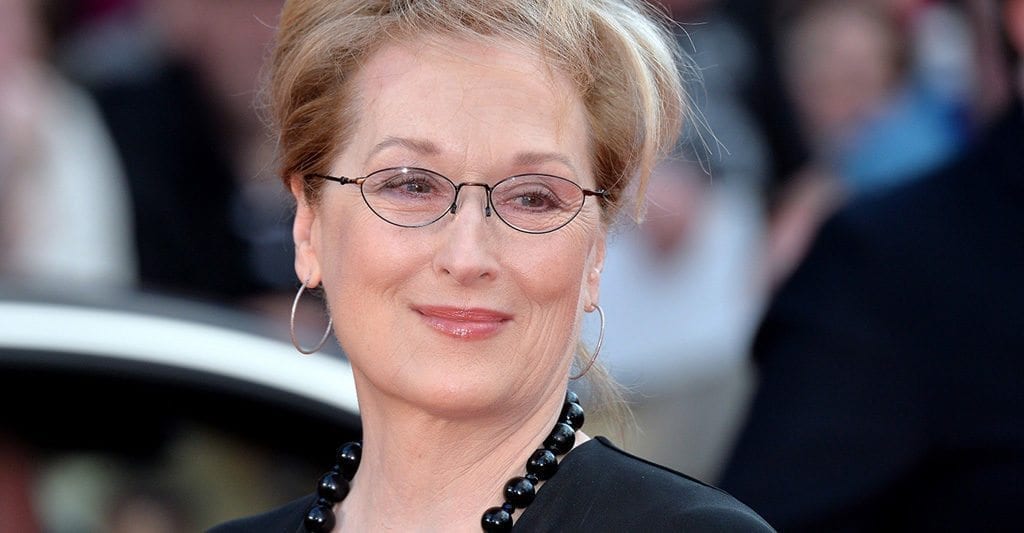 Back in 2014, Harvey Weinstein confirmed to Deadline that TWC would take on a film about how the NRA defeated post-Sandy Hook gun legislation reforms entitled The Senator’s Wife. The plan was to get the just-Oscar-nominated Meryl Streep (The Post) on board, but since then the project’s gone quiet.

Get Happy: The Life of Judy Garland 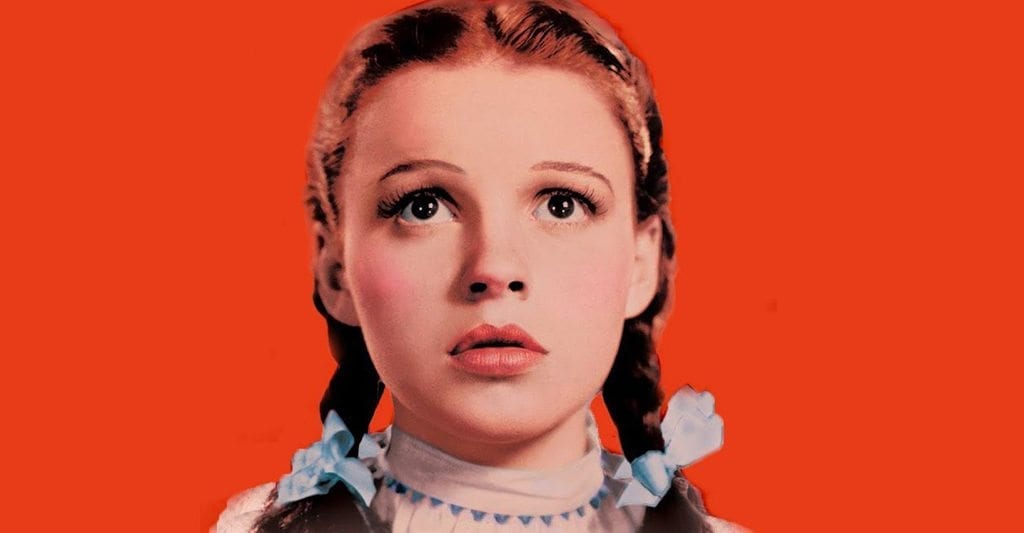 The big screen adaptation of Gerald Clarke’s biography on the late Judy Garland has been stuck in development limbo for a lot longer than the fall of TWC. As early as 2009, it was suggested Anne Hathaway (Colossal) would play the lead, while in 2014 Harvey Weinstein predicted the Oscar-winning actress would start shooting that summer. To date, no other creative personnel have been named. 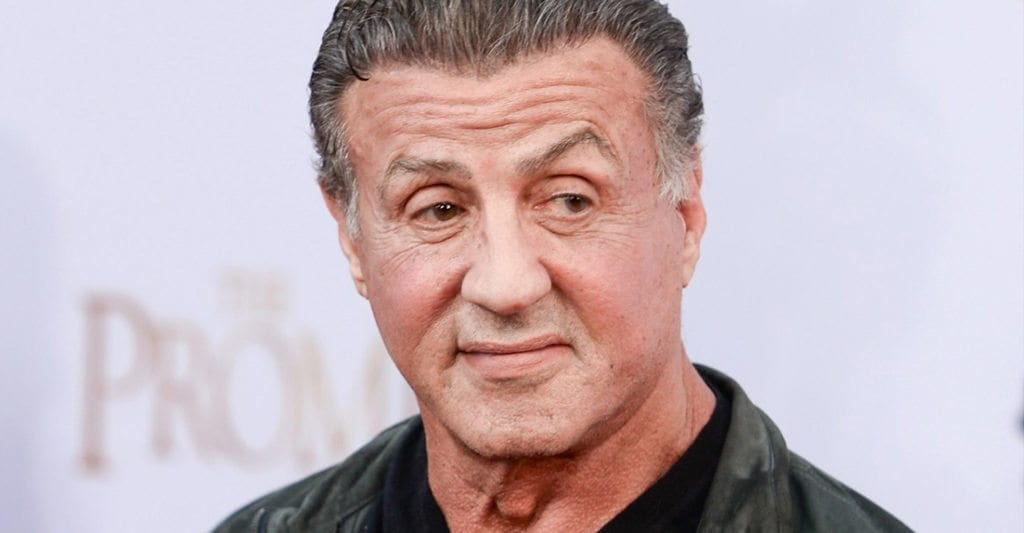 According to reports in 2016, Antoine Fuqua (Training Day) was set to direct & executive produce Omerta – a TV series led by Sylvester Stallone (Rocky) and based on the final novel by The Godfather writer Mario Puzo. However, a spokesperson for Fuqua said the director broke away from the project even before news of Harvey Weinstein’s alleged misconduct broke out. 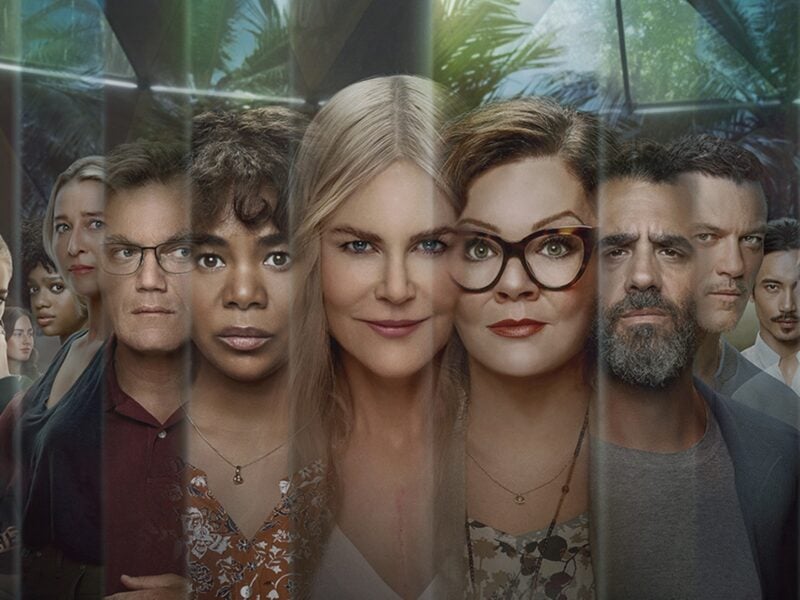 Why ‘Nine Perfect Strangers’ could be Hulu’s worst series 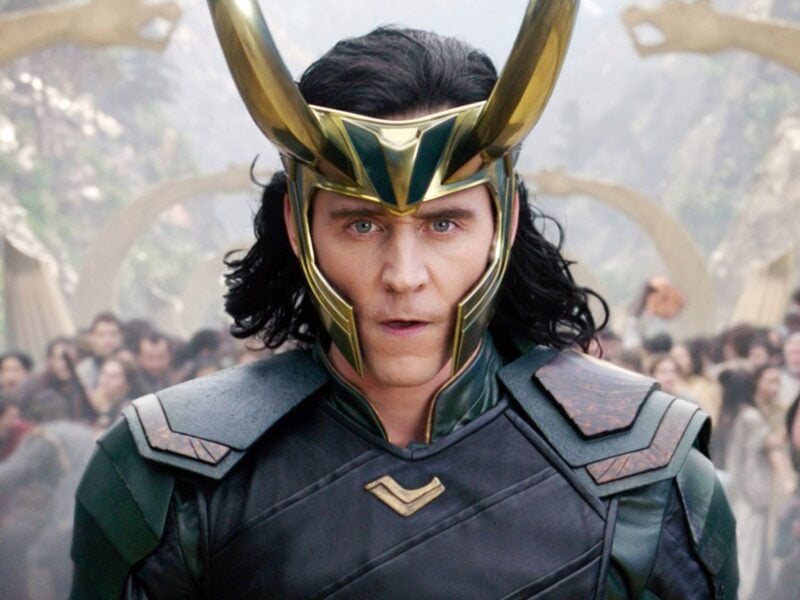