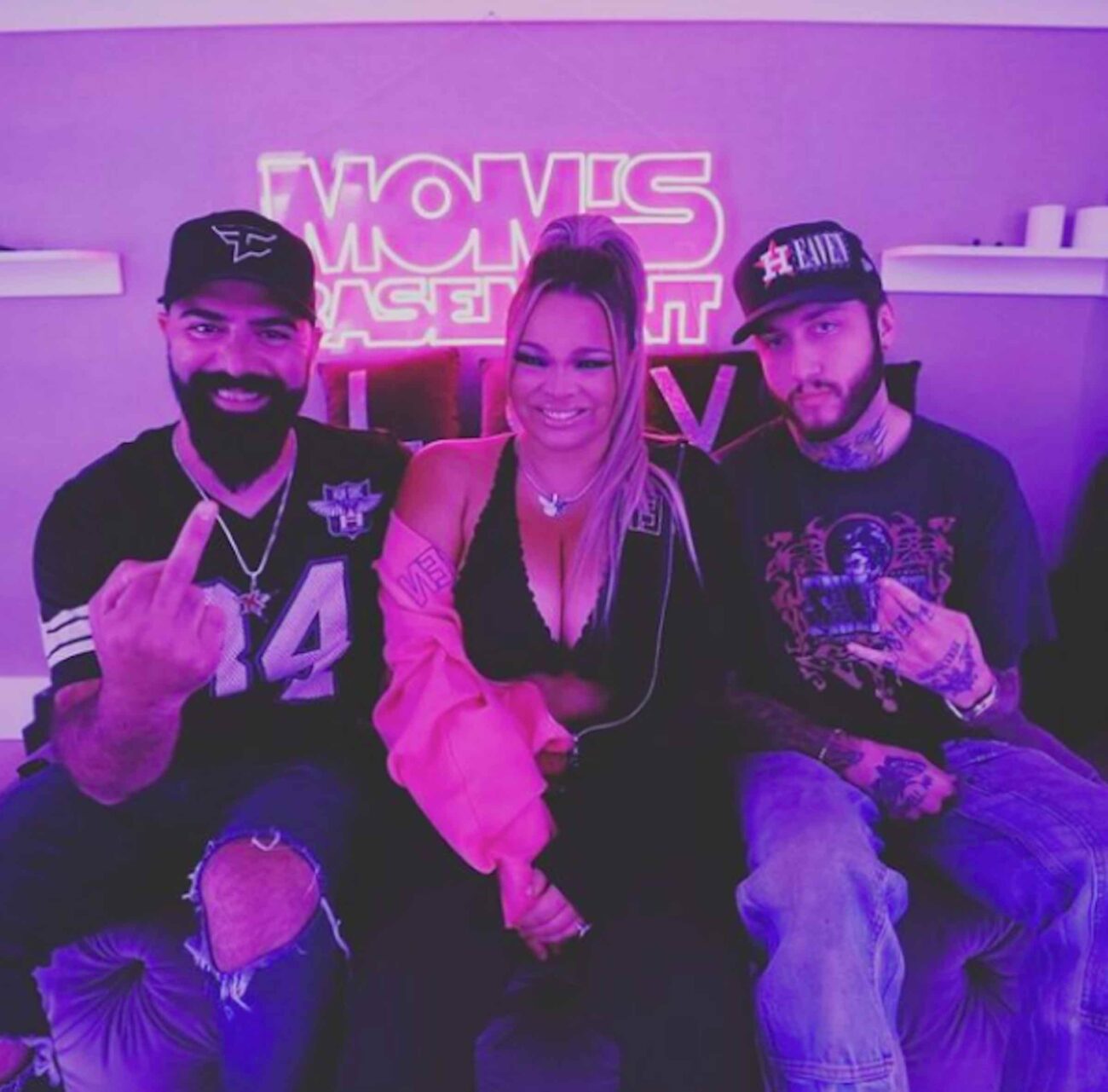 Mom’s Basement: What’s the Ethan Klein vs. Trisha Paytas beef all about?

This recent episode of Keemstar’s podcast Mom’s Basement is definitely a doozy. Trisha Paytas guest starred on the podcast where she systematically reignited many old feuds, including her ongoing one with former partner Ethan Klein while seeming to mend her feud with Keemstar.

YouTuber Trisha Paytas’s appearance on Keemstar’s Mom’s Basement has sparked quite a few reactions, including one from Klein on TikTok and a tweet from Klein’s own mother, resparking this feud just when we thought it would all become water under the bridge by now (a silly assumption, we know, but still.)

Naturally, Twitter has a lot to say about this reignited beef due to Paytas’s appearance on Keemstar’s Mom’s Basement. We searched through the threads to find more information and the best reactions to the reignited feud. Get ready for more tea as we dive into this episode of Mom’s Basement.

If you were confused by the appearance of Trisha Paytas on Keemestar’s podcast, you wouldn’t be the only one as the two don’t exactly have the best relationship. It began when Paytas claimed in a recent YouTube video that Keemstar was grooming his current girlfriend, who happened to be younger than him.

Keemstar responded with a tweet titled “Trisha TRASH Paytas”. In the video, he rebuffed her claims, stating how his girlfriend has her own job, meaning she isn’t with him for money and disproving any claims of grooming in classic Keemstar fashion.

Due to this history, it is odd that Keemstar would then announce Paytas as his newest guest star on his podcast on Instagram, captioning the photo “Trisha is my homie now, Ethan Big Mad!” The Ethan referring to Ethan Klein, who….well, mad is sort of a major understatement.

I’m not even gonna front or try to be funny, this just really makes me sad pic.twitter.com/JnFTEFsKA1

Ethan Klein’s reaction to the collaboration has been filled with disappointment and anger. He tweeted about his feelings on the matter, stating how “I’m not even gonna front or try to be funny, this just makes me really sad.” He wasn’t the only one to comment on his anger, as his mother Donna Klein also mentioned her anger at the news, stating how she will no longer be going to Paytas’s wedding.

Klein continued to voice his anger on TikTok, filming with the photo from Keemstar’s Instagram, earning half a million likes and 2.9 million views. He also discussed the uneven ethics between him and Paytas, bringing up how Gabbie Hanna wanted to be on their podcast Frenemies but he declined due to how she made Paytas uncomfortable, with Paytas no respecting his dislike of Keemstar in turn.

Paytas has, of course, reacted to Klein’s videos and tweets, trashing him and his mother in an effort to defend herself, stating that Donna Klein was “satan” and an “evil woman“. She also claimed that she wanted to resolve issues with the collaboration rather than create them. Unfortunately, it seems like the damage is done, especially on Twitter.

Trisha paytas is so pathetic it’s funny … like actually

Of course, Twitter is eagerly following this new batch of tea between Paytas and Klein. Reactions to this collaboration and Klein’s reaction includes:

i'm looking forward to listening to this tonight

This is definitely something worth listening to, to say the least.

One of these days @trishapaytas is going to understand the Bible and religion better, and she's really gonna reflect on all these times she's called people Satan.

Trisha in a few years, when she realizes Satan wasn't the "bad guy": pic.twitter.com/XmDVDVXeRc

trisha paytas got mad at ryland for having jeffree on his podcast but they can’t understand why ethan would be hurt by them going on keemstar’s podcast???? the pure irony

Irony, thy name is Trisha.

One word for that: Yikes!

What are your thoughts on this collaboration for Mom’s Basement? Drop them below in the comments before this tea goes cold!