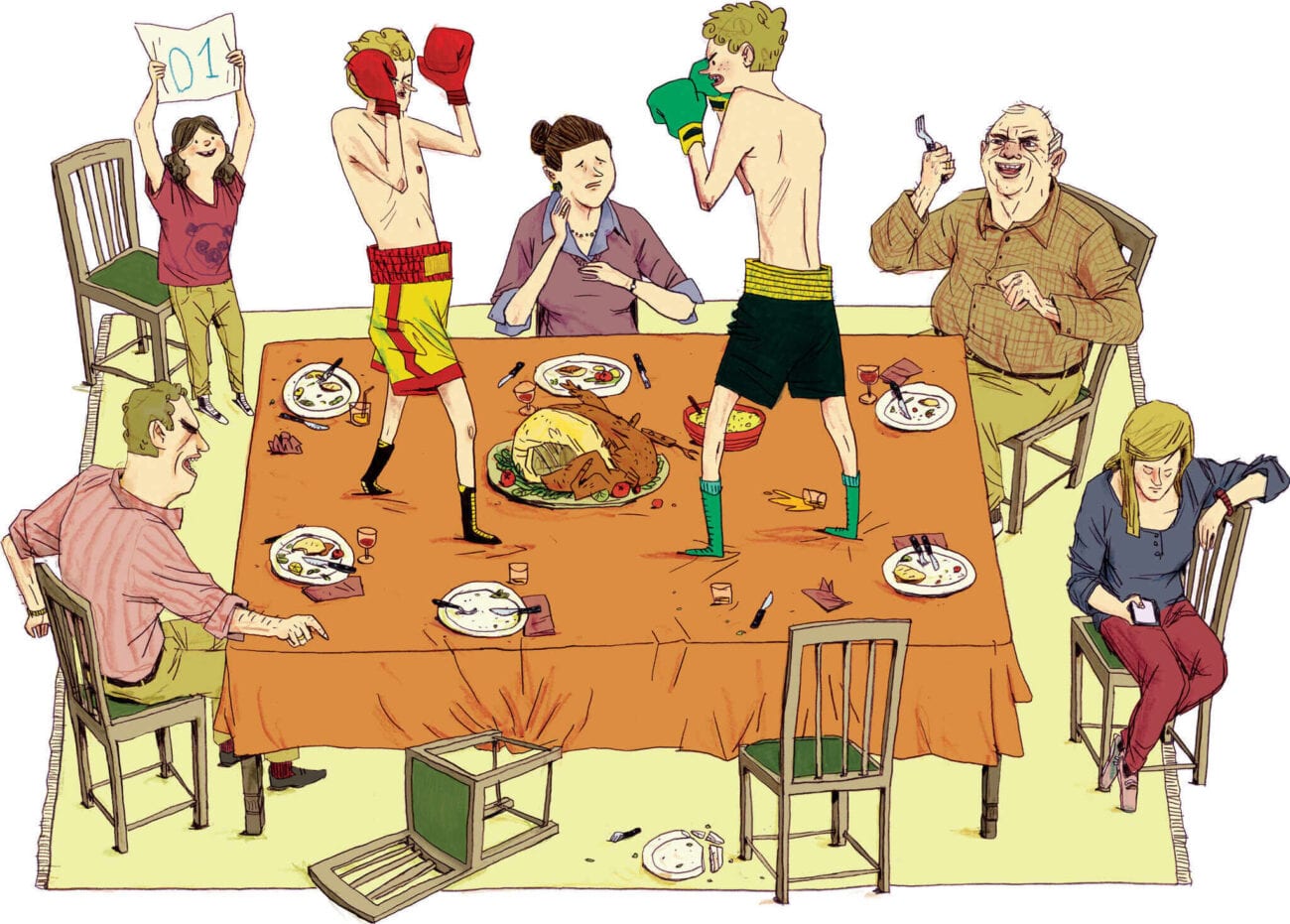 Thanksgiving is a time for unity, family, digging into some stuffing, and some American football. Going for your family’s throats is also on the table, especially if you’re on Twitter too much. Year after year, the hottest dark humor jokes on Twitter come from #ThanksgivingClapbacks, where people go for deep burns against their family.

Whether you’re going after your uncle who’s in & out of jail, or your cousin who’s one kid away from having a TLC show, everyone’s got some skeletons in their closet. If people are trying to come at you about your life, be prepared with a snappy response. If you don’t have any clapbacks stored up, try out one of these to master your dark humor jokes for Thanksgiving. 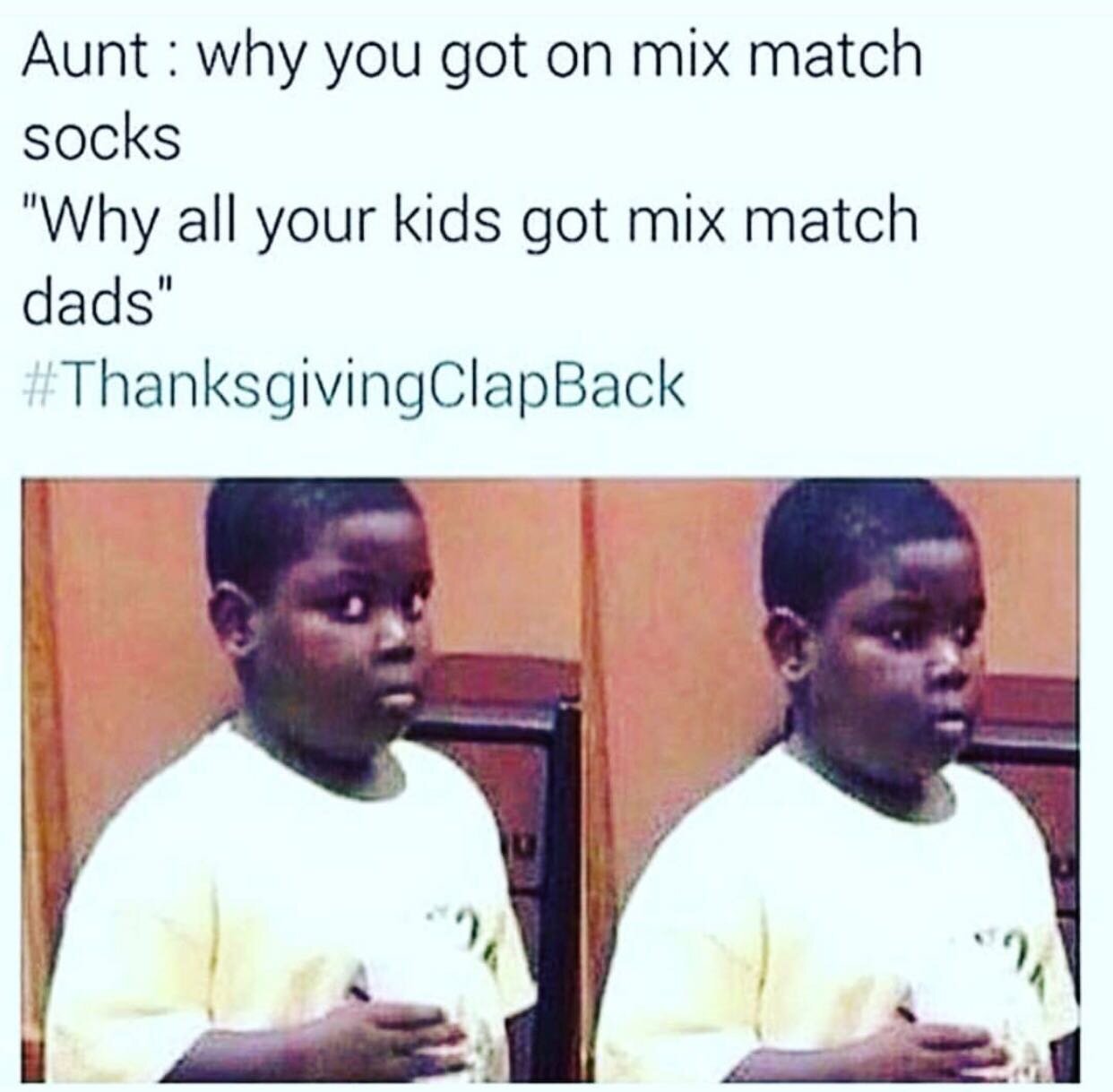 Who needs a dad in their life when you can have an auntie who knows how to talk back? 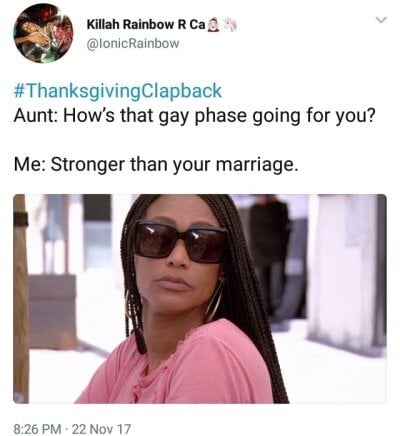 Marriage is a phase, being gay is forever

Seriously, we should put more focus on calling marriage a phase because it doesn’t always last forever. 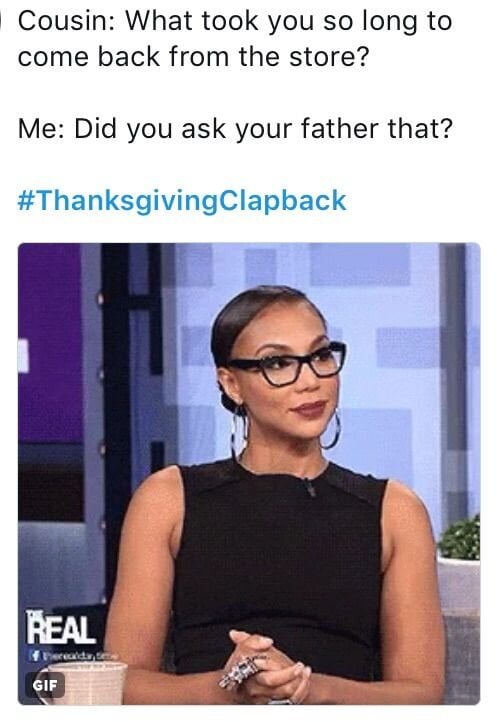 Left for milk and never came back

Honestly, who doesn’t need a break from their family during the holidays? We don’t blame OP for making a run for it for a little bit. 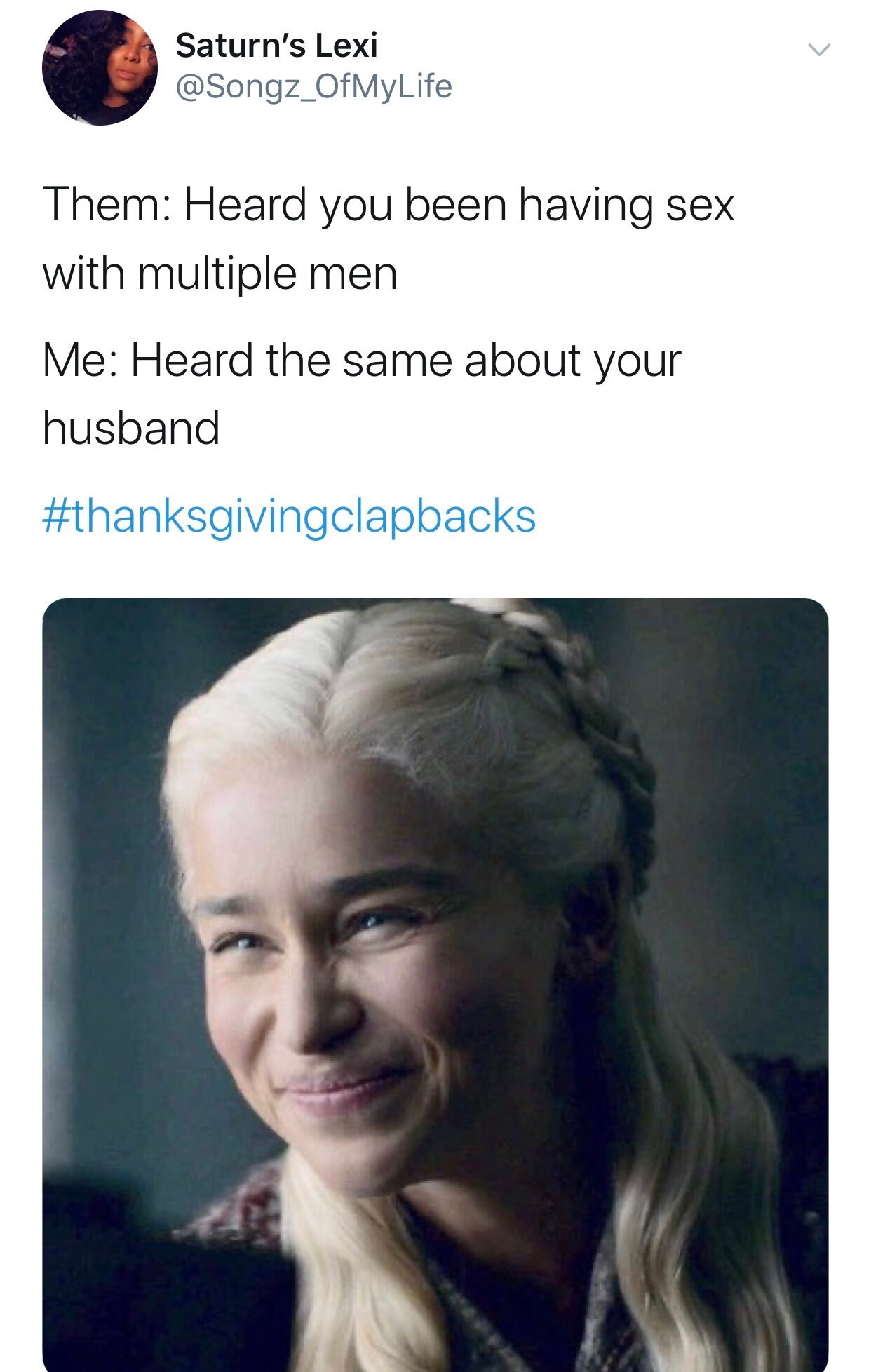 Being gay isn’t a bad thing, but cheating on your wife because you’re gay definitely is. 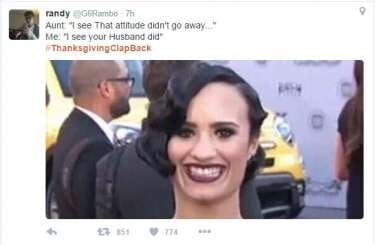 Maybe the attitude that needed to go away was the trash man in the aunt’s life, we don’t know. 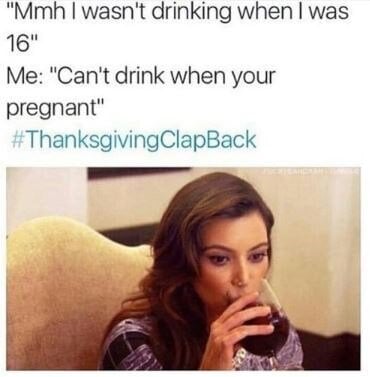 Look, if you’re not even getting a sip of alcohol at family events by the age of 16, your family is just playing you then. 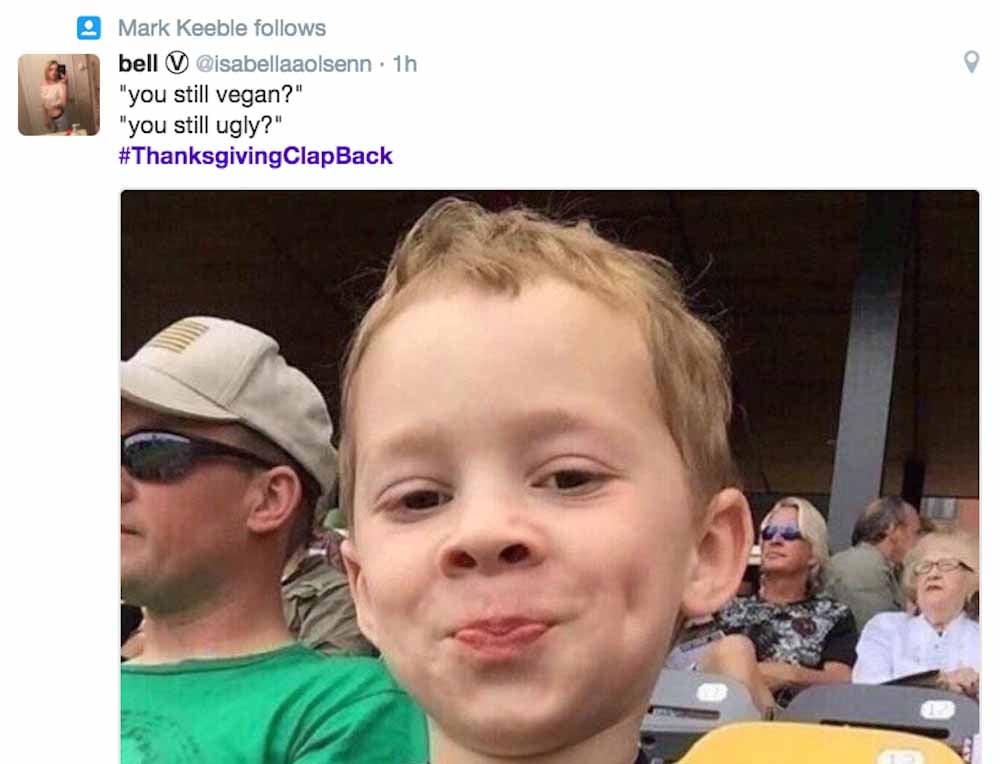 Really don’t need to go there

You all have the same blood, best not to start calling each other ugly. You’re indirectly calling yourself ugly doing that. 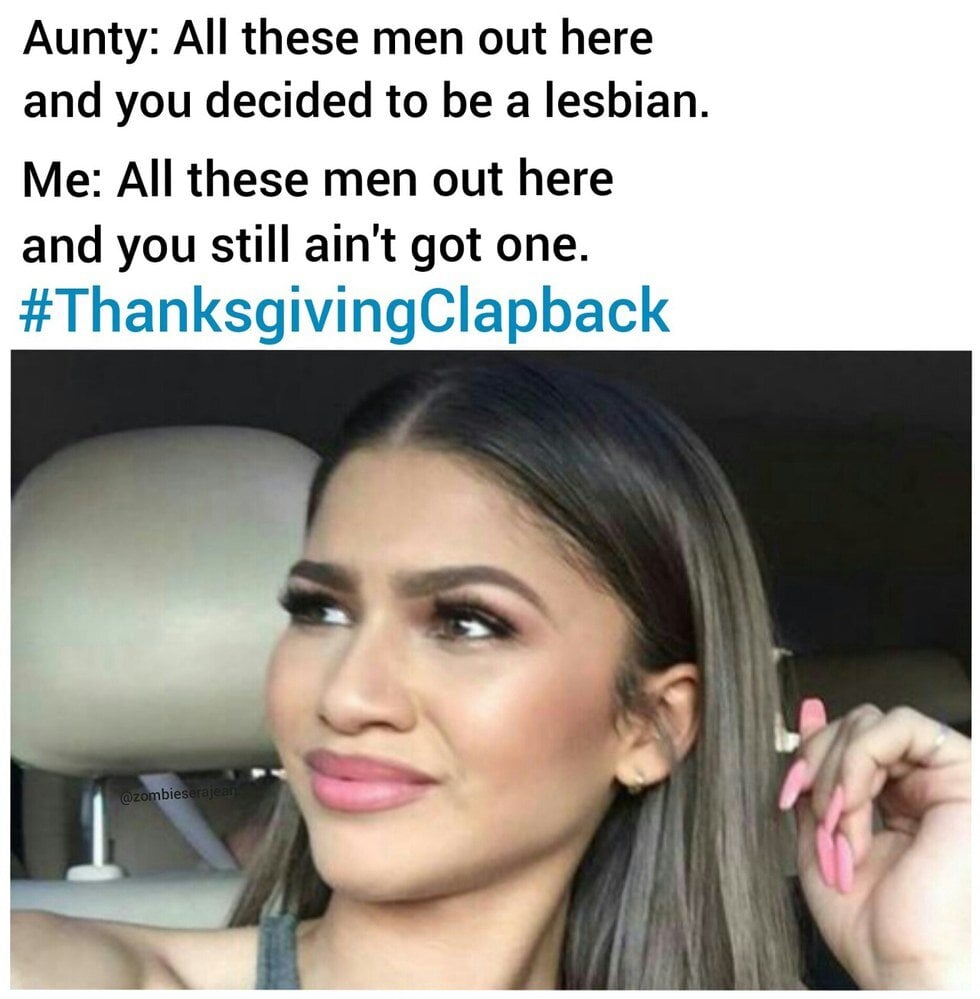 But what if men are garbage?

Seriously, these two should stop fighting each other and fight the real cause: finding a decent man for Auntie who isn’t trash. 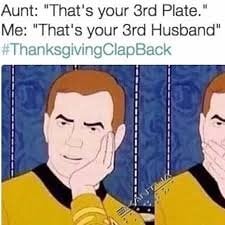 If the potatoes are banging, we’re getting more. Don’t start acting like you wouldn’t do the same. 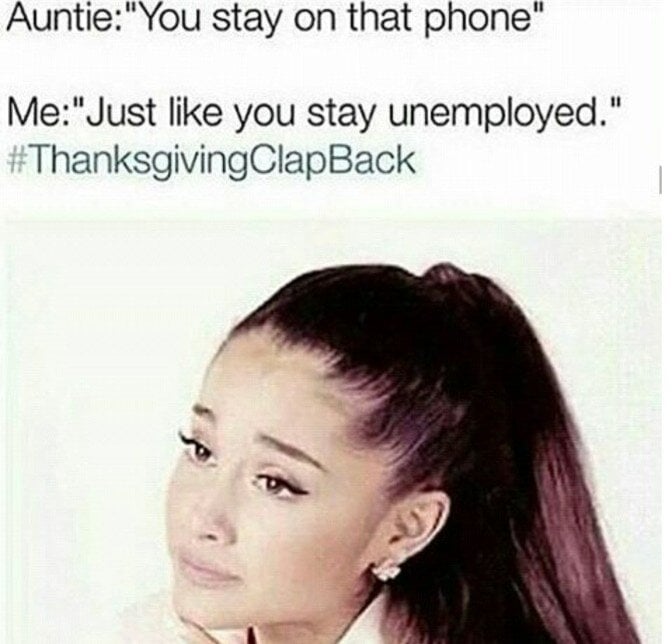 Use your mouth wisely

Granted, no one’s coming for anyone this year about unemployment. It’s been a rough year, we can let that one slide for 2020. 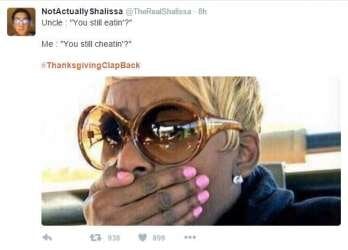 Really, Thanksgiving is the perfect time to pull out the “you’re cheating” card on your relatives. Call them out for not being grateful for the beautiful person in front of them. 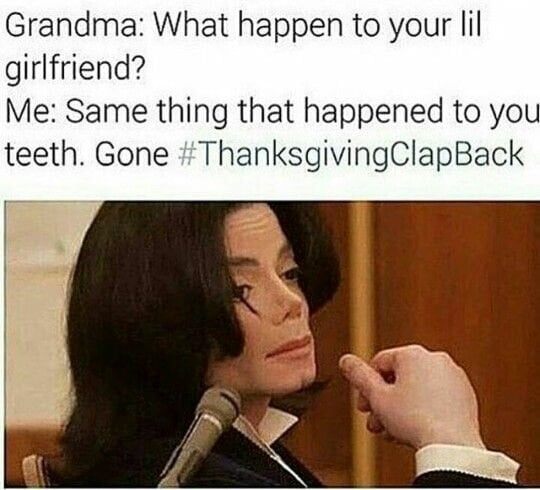 We can love Grandma & her pumpkin pie while also telling her off for sticking her big nose in the wrong places. 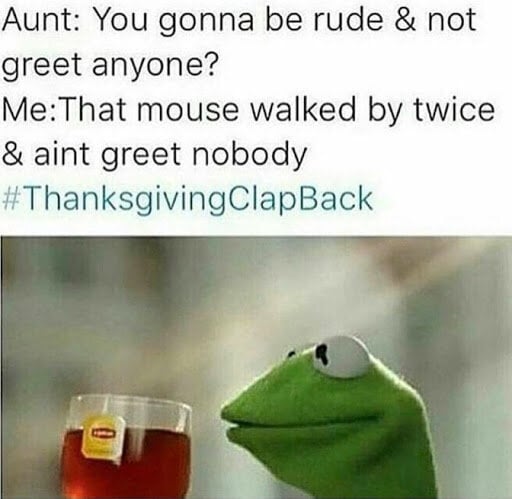 If they start fixing plates for the mice, that’s when we’re out for the day. 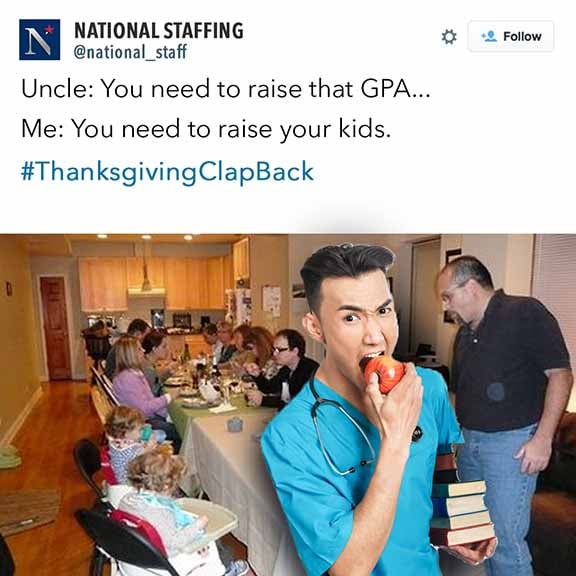 Still doing better than you

No one needs a college degree, but kids do need a parent. 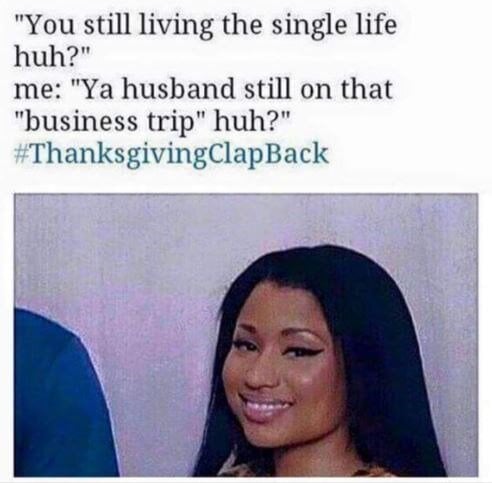 At least being single means you’re not going to get hurt by cheating jerks. 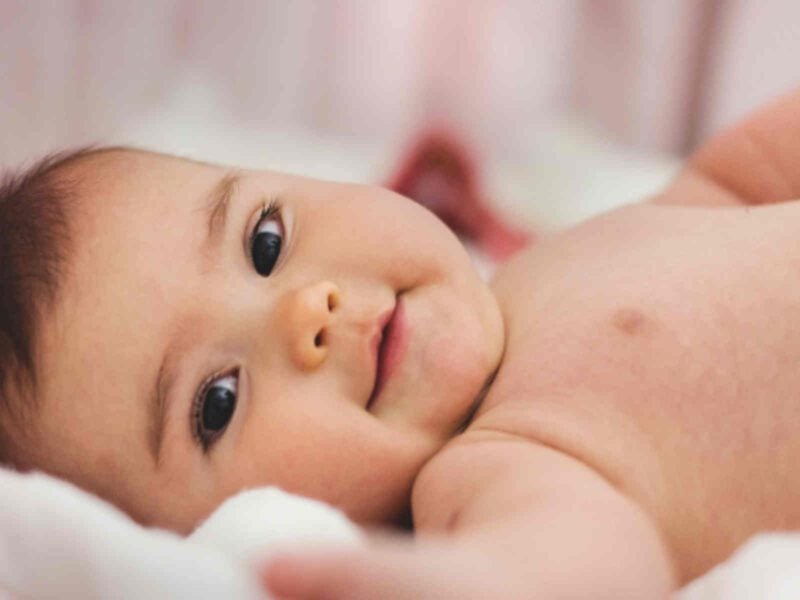