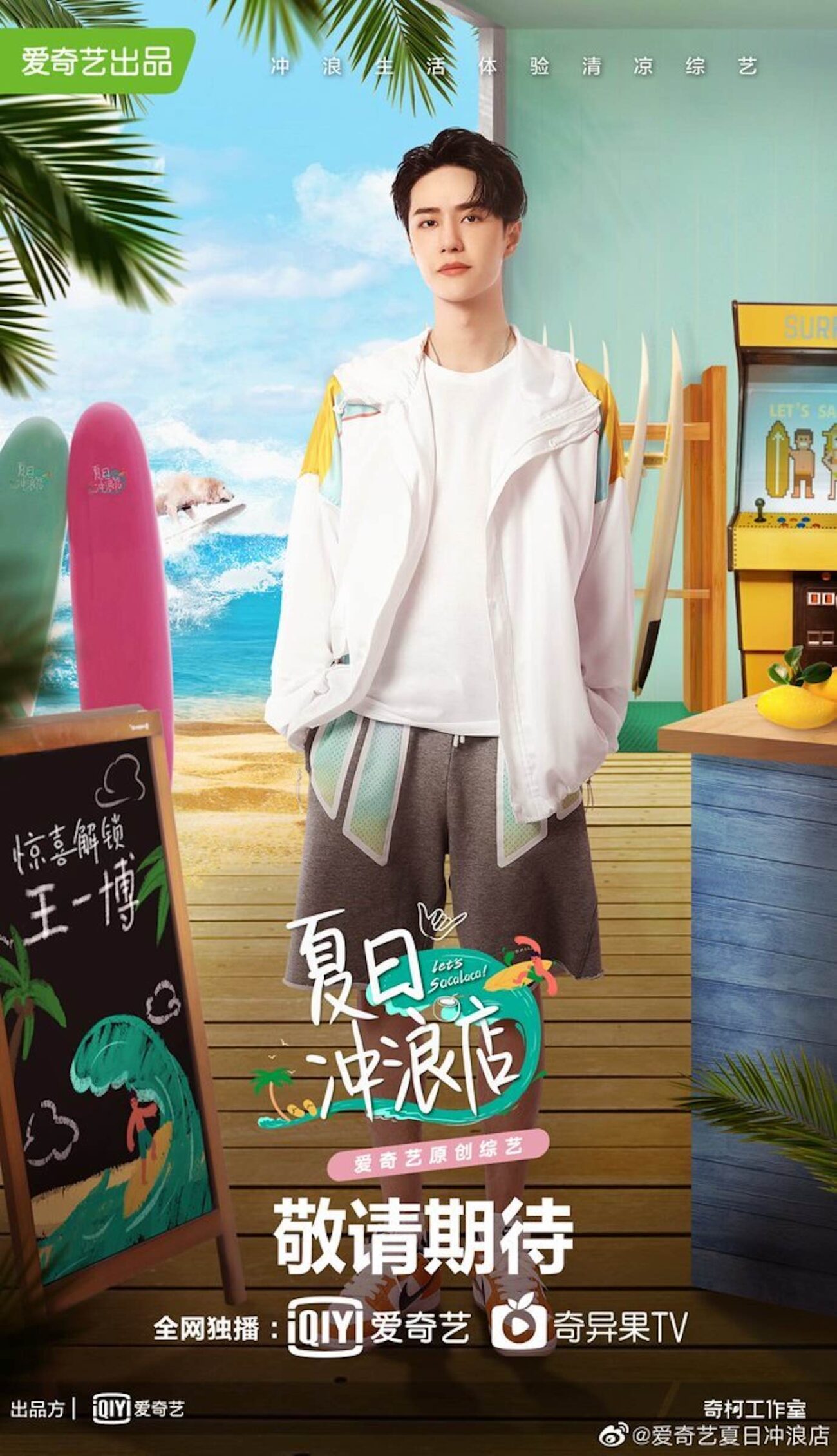 Despite the COVID-19 outbreak and the quarantines imposed in China earlier in 2020, Wang Yibo has had a remarkable year. The Chinese actor, singer & dancer has picked up dozens of new endorsements; his face is everywhere in China. Additionally, since quarantine restrictions were lifted in China, Wang Yibo’s filming schedule for the remainder of 2020 is no joke.

Although he has been stupidly busy, the only place fans have been able to catch Wang Yibo regularly on their television screens so far in 2020 is on the variety show Day Day Up. Until now!

When news dropped that Wang Yibo was appearing as a guest on the variety show Summer Surf Shop, fans lost their minds. For quite some time, little was known about his involvement in the show, or even how much Wang Yibo we would be lucky enough to get. 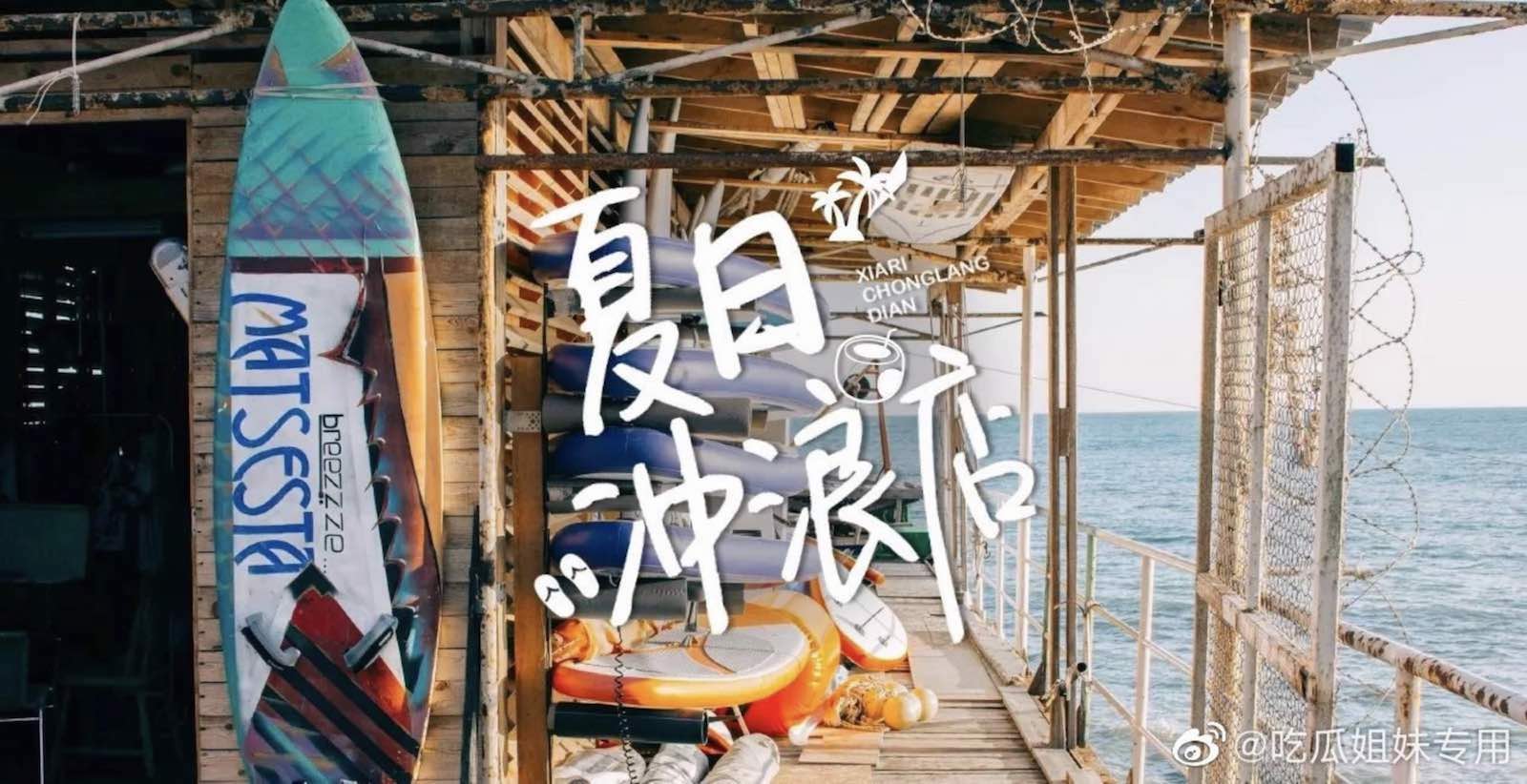 Then filming started. Behind-the scenes footage of the dude on a surfboard, dripping wet and slaying in it the water began surfacing. Wang Yibo on a surfboard is quite a sight indeed.

We are happy to report that the first episode of Summer Surf Shop is officially available for viewing. It does not disappoint! Wang Yibo’s entrance to the show echoes his typical cool-guy persona. Here’s everything you need to know about Wang Yibo’s appearance in Summer Surf Shop. 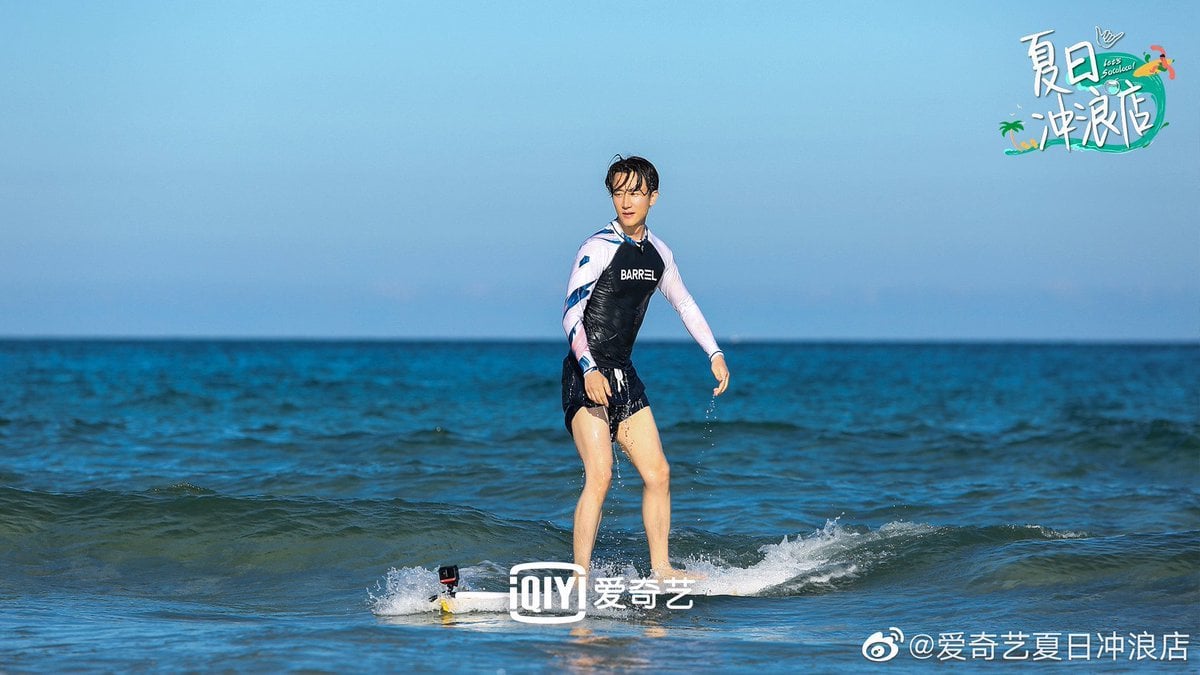 Summer Surf Shop sees four regular cast members essentially shack up together, learn about surfing, actually do a bunch of surfing, and take turns running a store. Throughout the series, celebrity guests will come and go, joining in on the shenanigans.

If you’re planning on tuning in for the entire series, you might want to know a bit about the main cast. The main host is popular Chinese actor, Huang Xuan. The man has had a very long, successful film & television career in China. Like Wang Yibo, Huang Xuan started out in the dancing world. 2020 has been good to Huang Xuan as well. He has filmed many projects other than Summer Surf Shop.

Huang Minghao, also known as Justin, is one of the three other main cast members. Represented by Yuehua Entertainment, the same agency representing Wang Yibo, Huang Minghao is currently a member of the band NEXT. No stranger to the entertainment industry in China, Huang Minghao has been appearing on television screens in his country since 1997. Summer Surf Shop is his latest project. 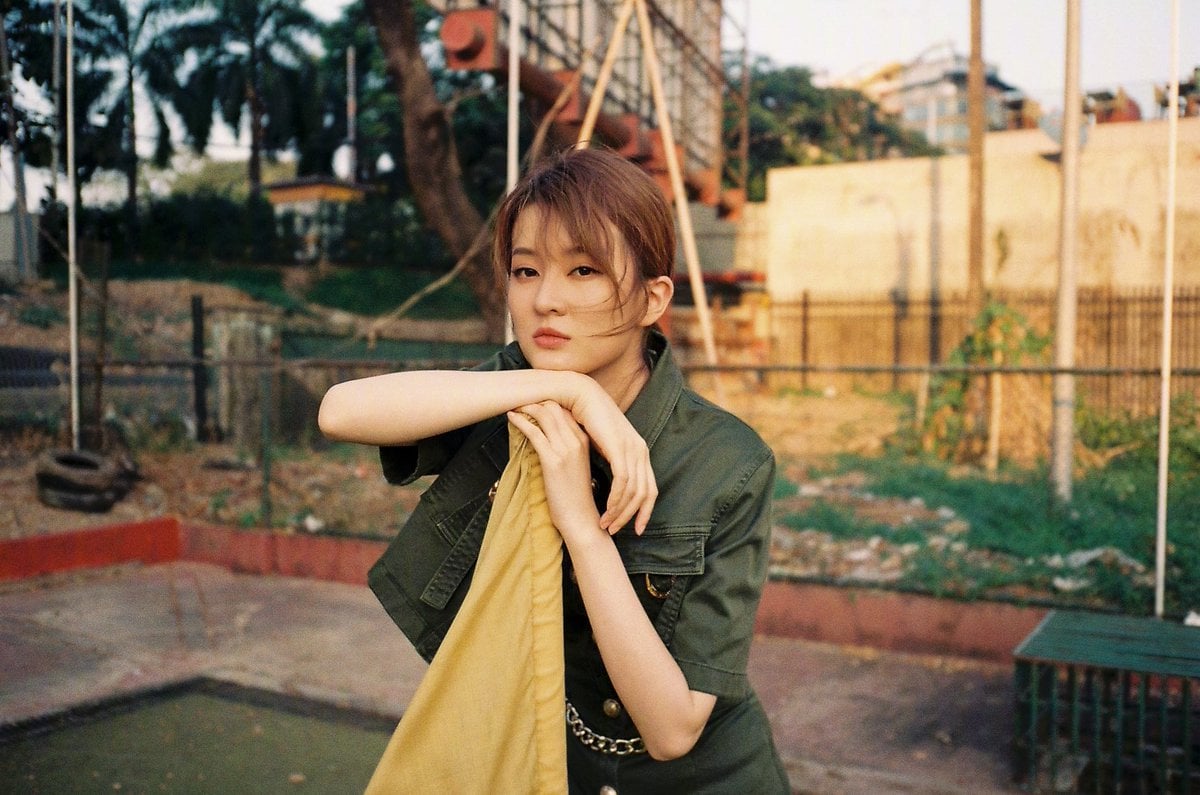 Qiao Xin is also not a stranger to the entertainment industry in China. Also known as Bridgette, the popular actress has been appearing on screens in China since 2013. Like her co-stars, Qiao Xin has had quite a busy 2020. She is the only female to regularly appear on Summer Surf Shop.

Last, but not least, is Han Dongjun, also known as Elvis Han. In keeping with the popularity of his co-stars, Han Dongjun is a well respected television personality in China. With over a dozen dramas under his belt throughout his career, Han Dongjun is a good choice for Summer Surf Shop. 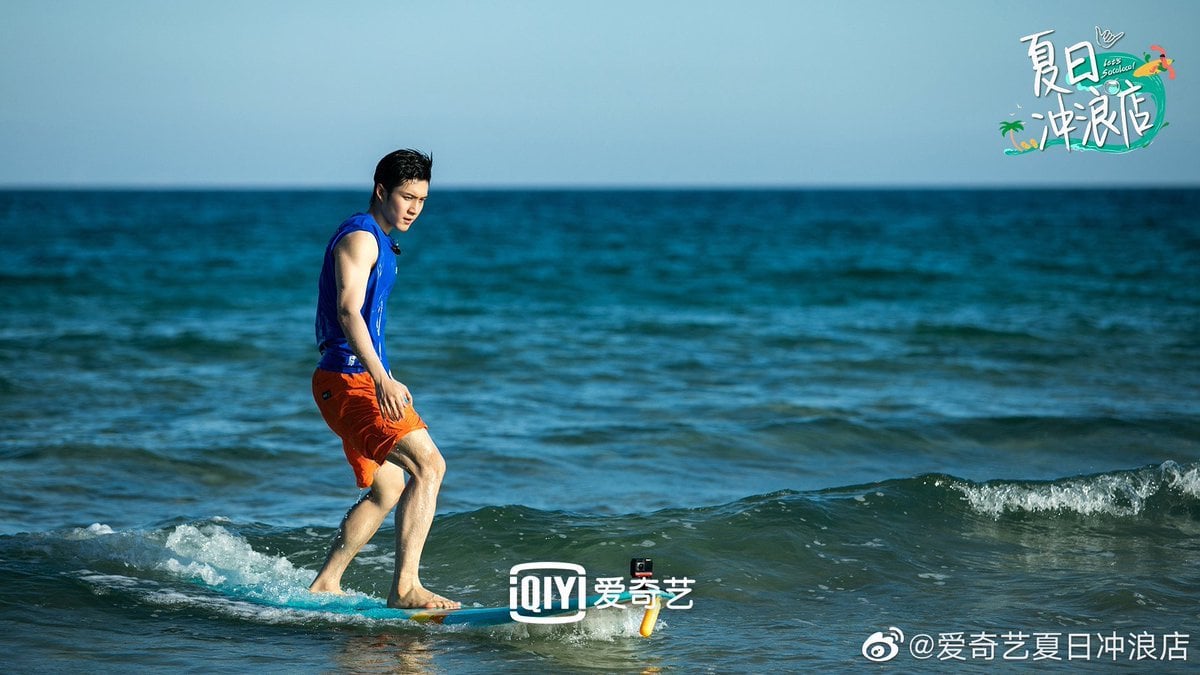 What happens in the first episode?

The first episode of Summer Surf Shop opens with the four main cast members arriving at a house. It’s expected that this is where they will stay for the duration of the show. Viewers get to watch the main cast interacting as they become familiar with each other.

Although it’s unclear why she is doing this, Qiao Xin paddles in with her suitcase on a paddle board. Qiao Xin is the last to arrive and the other three men seem to take great pleasure in hiding from her. As the only permanent female castmate, we suspect poor Qiao Xin may end up the center of many pranks throughout the show.

The four regulars tour the grounds of the house, then head down to the beach. The beach they’re filming at in China is a paradise. China isn’t usually associated with a beach culture. Summer Surf Shop is clearly aiming to dismantle those ideas. The water is clean & gorgeous, while the sky is crystal clear. 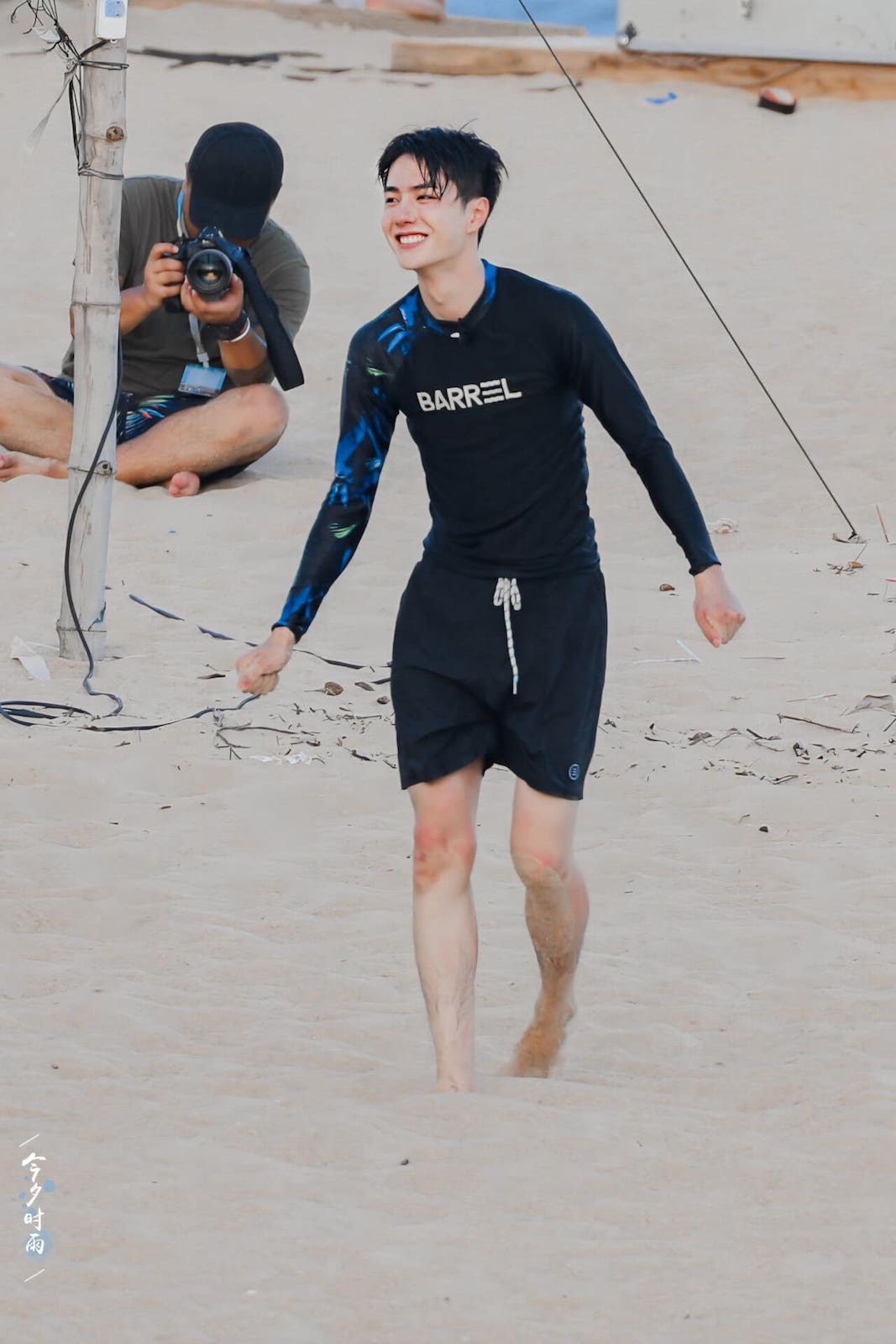 Then, the four castmates are provided with the rules of operation for the shop they’ll be managing, as well as the roles and responsibilities for each individual. Soon after, they’re joined by a couple of guests.

Two of the guys take to the grass and start working out. They’re doing situps and they’re sweating while Qiao Xin watches from the comfort of a swinging lounge chair. The men bully Qiao Xin to join them on the grass, suggesting that perhaps they need to get a scale. Oof. The rest is all pretty standard really. The episode does a good job of setting up expectations for both the audience & the cast about what is yet to come.

Although this episode is relatively uneventful, we’re intrigued. Ok, ok, so we know that Wang Yibo is scheduled to appear, so we’re going to keep watching. The beautiful scenery coupled with the chemistry of four main hosts is enough on its own to keep us invested at this point. 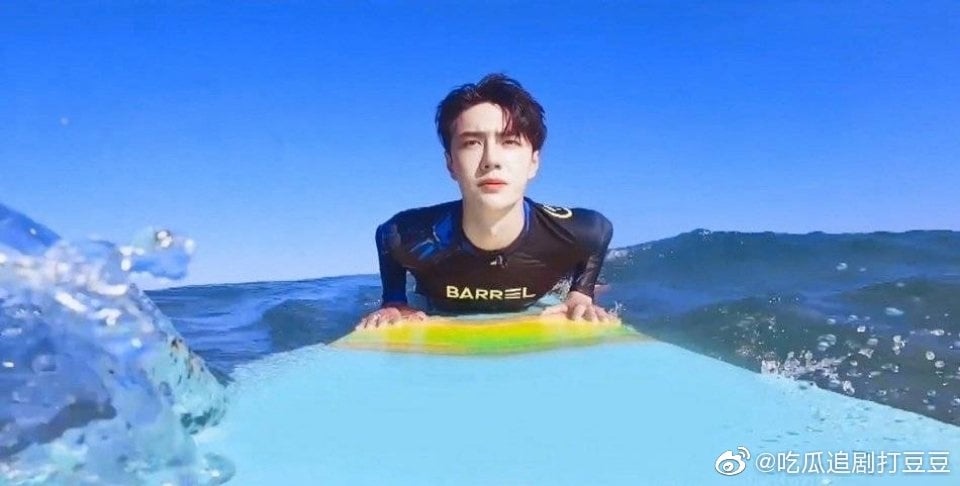 At the fifty-nine minute mark, as the rest of the cast is eating barbecue and mixing drinks, Wang Yibo makes his grand entrance. Dressed in all black, carrying his trademark skateboard and over-the-shoulder Nike backpack, Wang Yibo pushes his way through the gate, into the house.

Introductions are made, pleasantries are exchanged and they’re shoving a drink into Wang Yibo’s hand. The dude hasn’t even put his skateboard down yet. It takes almost no time at all for the conversation to turn to two of Wang Yibo’s favorite subjects: motorbikes and lego.

Wang Yibo, who sports a reputation of being quite an introvert, has no problem engaging in conversation with the cast on this night as the topic of conversation quickly moves to his skateboard. Before long, Wang Yibo is on the skateboard, drink in hand, showing off his skateboarding prowess. 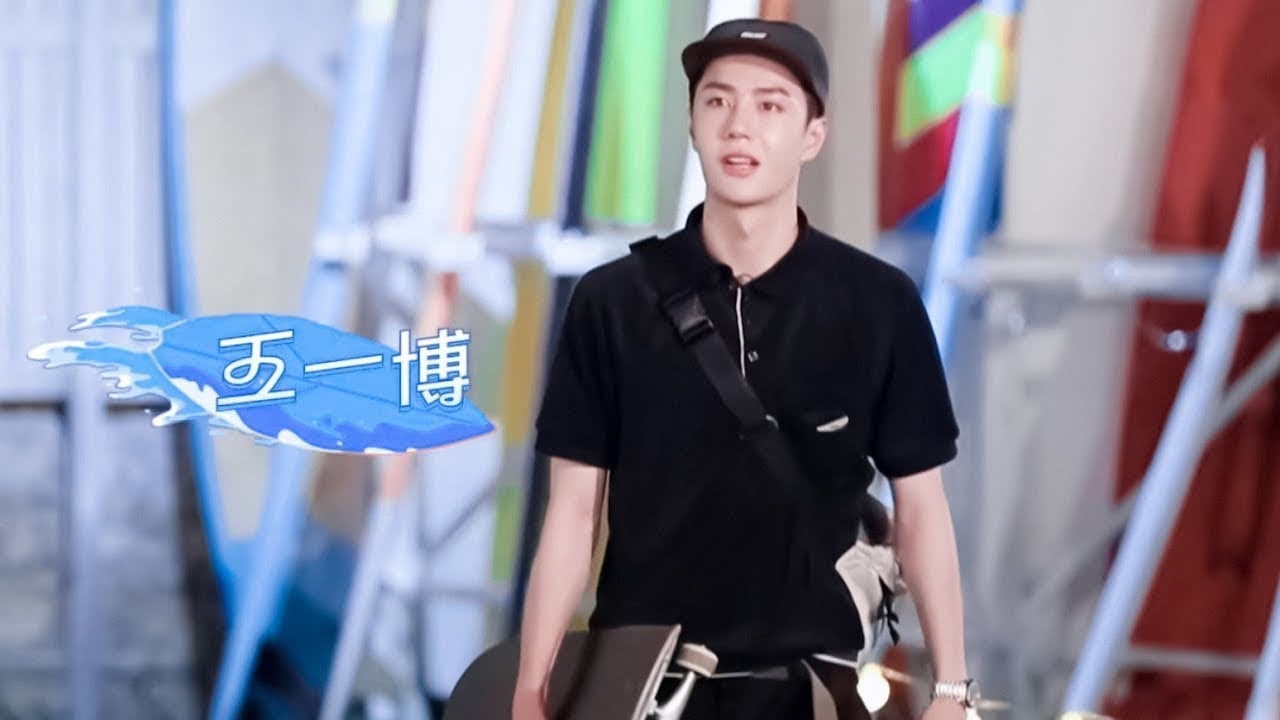 As if Wang Yibo didn’t already outshine everyone on the skateboard, they put him on a balancing board used for surfing practice. The dude nails it on his first attempt. Known for excelling in physical activities, something tells us that this particular talent is exactly why Wang Yibo was asked to appear on the show.

As preparations for sleep begin, Wang Yibo asks if the cameras will continue filming while they’re all asleep. He is unimpressed when his roommate says that he sleeps with a hat over his face to ensure some privacy. Wang Yibo ends up covering the camera instead!