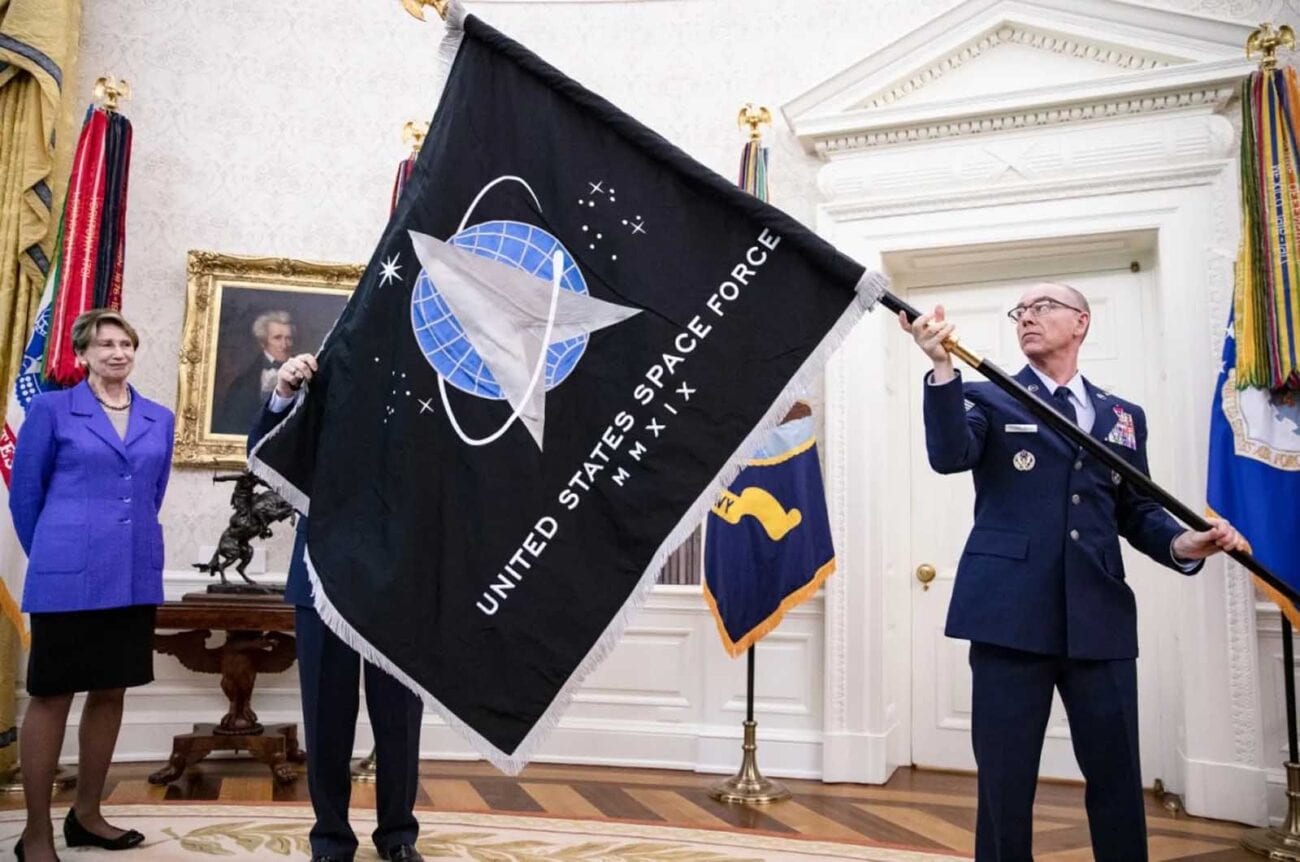 The Space Force is one of the stranger things to have happened under Donald Trump’s presidency. Then again, the world’s definition of “strange” has likely changed over the past year or two, so maybe it doesn’t feel all that weird anymore.

As soon as the Space Force was announced as a real-life branch of the actual U.S. military, people couldn’t help but giggle about how it sounded more like a bad movie title than a real branch of the military. Steve Carrell & Netflix apparently agreed and quickly began work on what they hoped would be parody & satire – but honestly the real Space Force is more farcical. 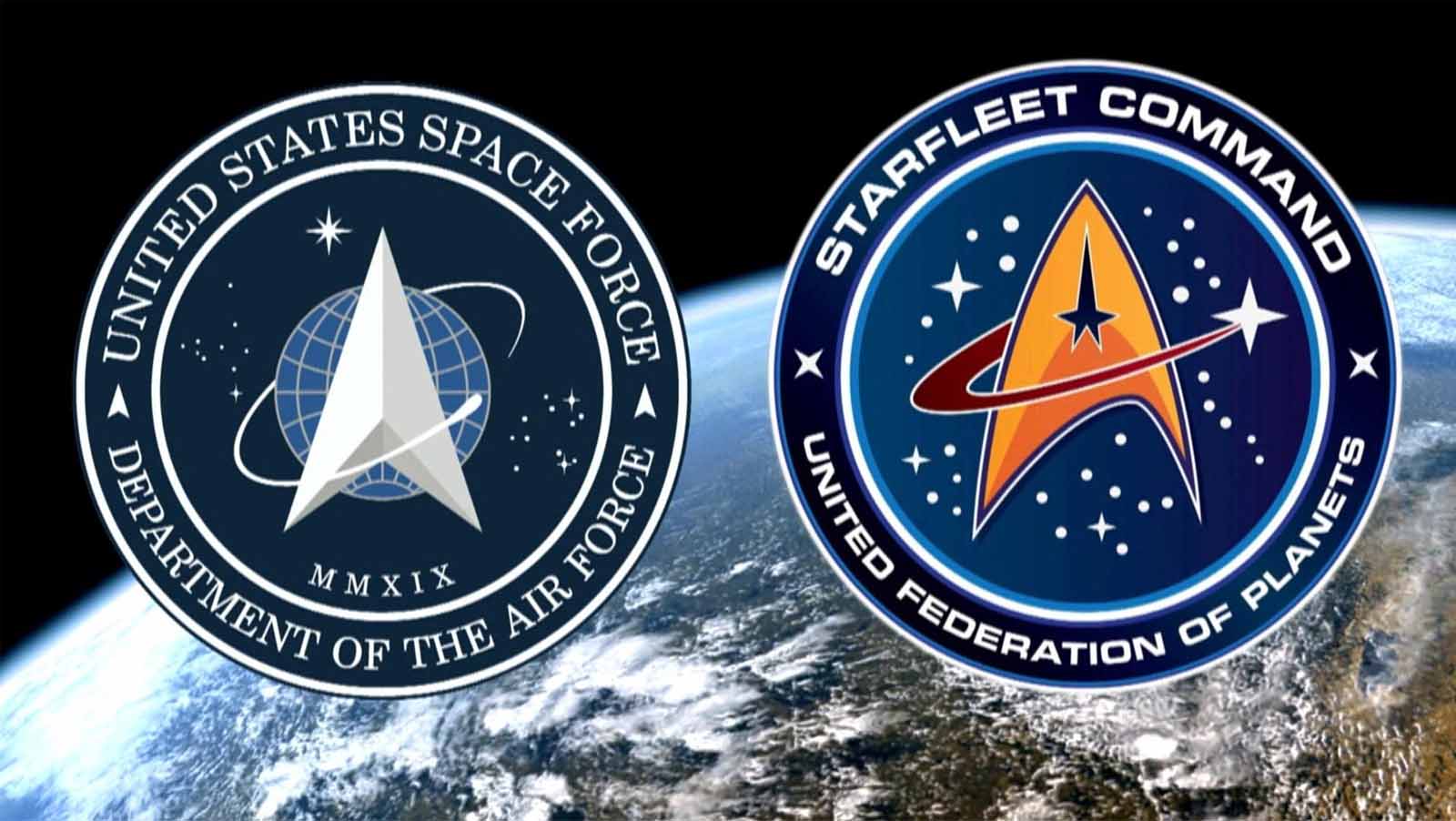 From the fact that members of the Space Force are called guardians (at least they had the decency to drop the “of the galaxy” part) to the fact their logo is a less than subtle replica of the Star Trek logo it’s clear whoever is making these calls watches way too much science fiction.

We also can’t wrap our heads around the fact the real military has doubled down on cheesy sci-fi jokes harder than Netflix did.

One Reddit user took some initiative and decided to draw some concept art of what they thought the formal dress uniform for the Space Force could look like. It wasn’t long until the post from only yesterday went viral on Twitter. Many think this is real concept art that was genuinely being considered for use.

So, for clarity, this is not real concept art. This is just what someone thought could be an interesting design.

Twitter users, thinking it was potentially a real design, began to take issue with it. (As they do with every Space Force announcement – apparently regardless of whether they’re real or not.) Here are some of their reactions.

Starship Troopers was anti-fascist satire yet here we are. pic.twitter.com/oU8SwWLeSj

Many, many users thought the uniform was a Starship Troopers reference, which is fair considering the Space Force has already appeared to take sci-fi inspiration for more than one thing.

Honestly, Netflix, this uniform is a free idea. Just take this one, change it some, and run with it.

Some real, uh, Hugo Boss energy on this one pic.twitter.com/Uhi8qn7xF2

Some people referenced Hugo Boss instead of Starship Troopers, which really just cuts out the middleman. The Starship Troopers uniforms were inspired by Hugo Boss’s designs for Nazis. (Also, yeah if you didn’t know Hugo Boss was a real WWII Nazi.)

I get that the Space Force uniforms totally ripped off Starship Troopers, which was a dig at Hugo Boss dressing Nazis…but is it just me, or is that the actual Hala star (logo for an alien civilization) Captain Marvel wears on the belts??? pic.twitter.com/sUNBtVSdmZ

Again, people searched high and low for more sci-fi references and we’ll be honest, this Captain Marvel revelation is hard to unsee. 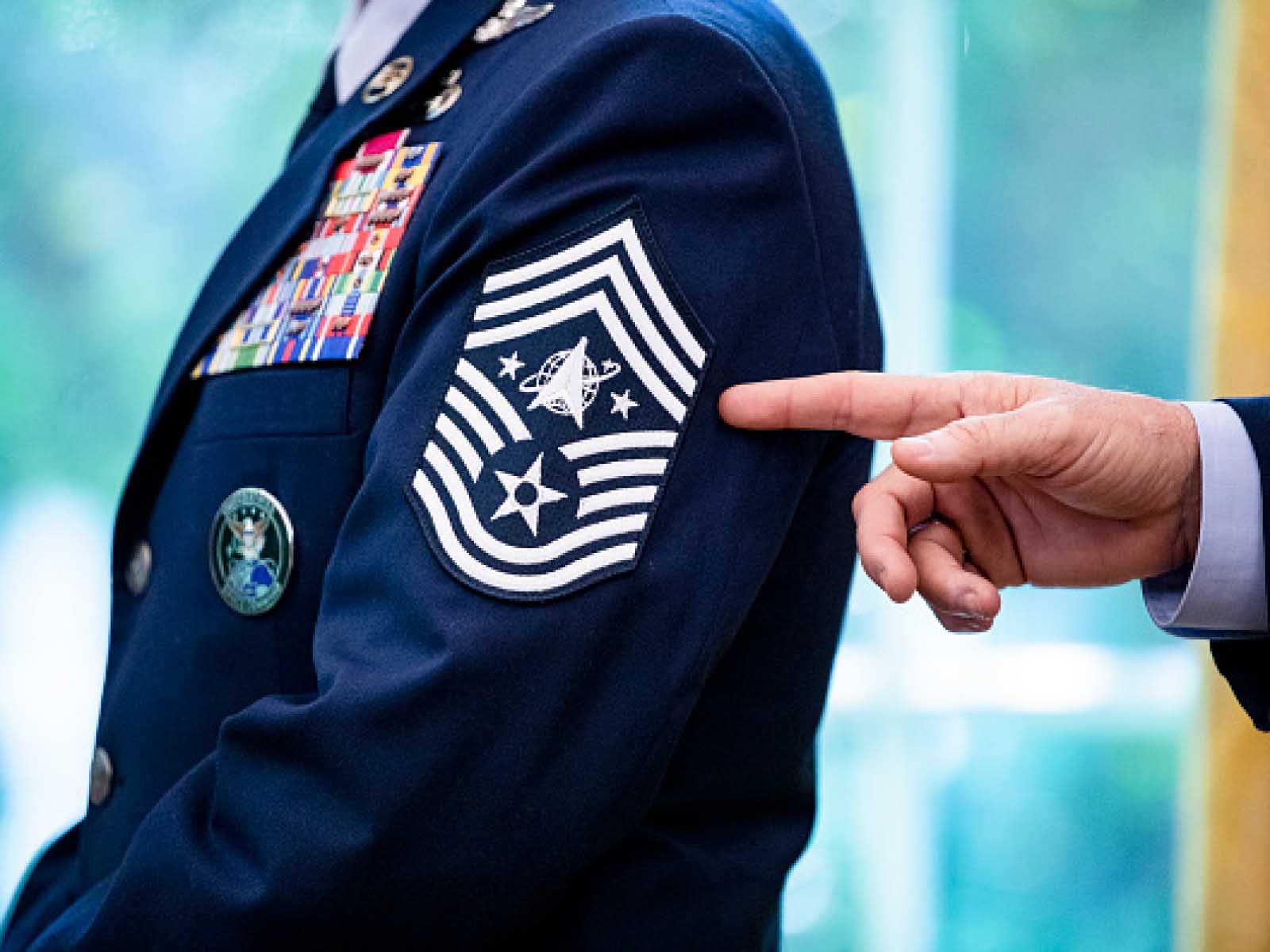 People generally like to nitpick the Space Force because it sounds funny, but the reality is that it’s now a very real part of the U.S. military. There are some people wondering if it will be disbanded under a new presidency, but only time can answer that question for certain.

It’s hard to tell if people searched for a sci-fi reference automatically after the two real announcements about the Space Force logo and the rank of guardian, or if it was just to keep making fun of the Space Force.

After all, this isn’t even the military’s concept art – it’s from a Reddit user’s mind. It’s possible they hadn’t intended to reference anything at all, they just thought it looked cool.

What do you think? Do you think this concept art is cool or do you think something like this for the real formal uniform should be avoided at all costs, like many Twitter users? Let us know in the comments down below!