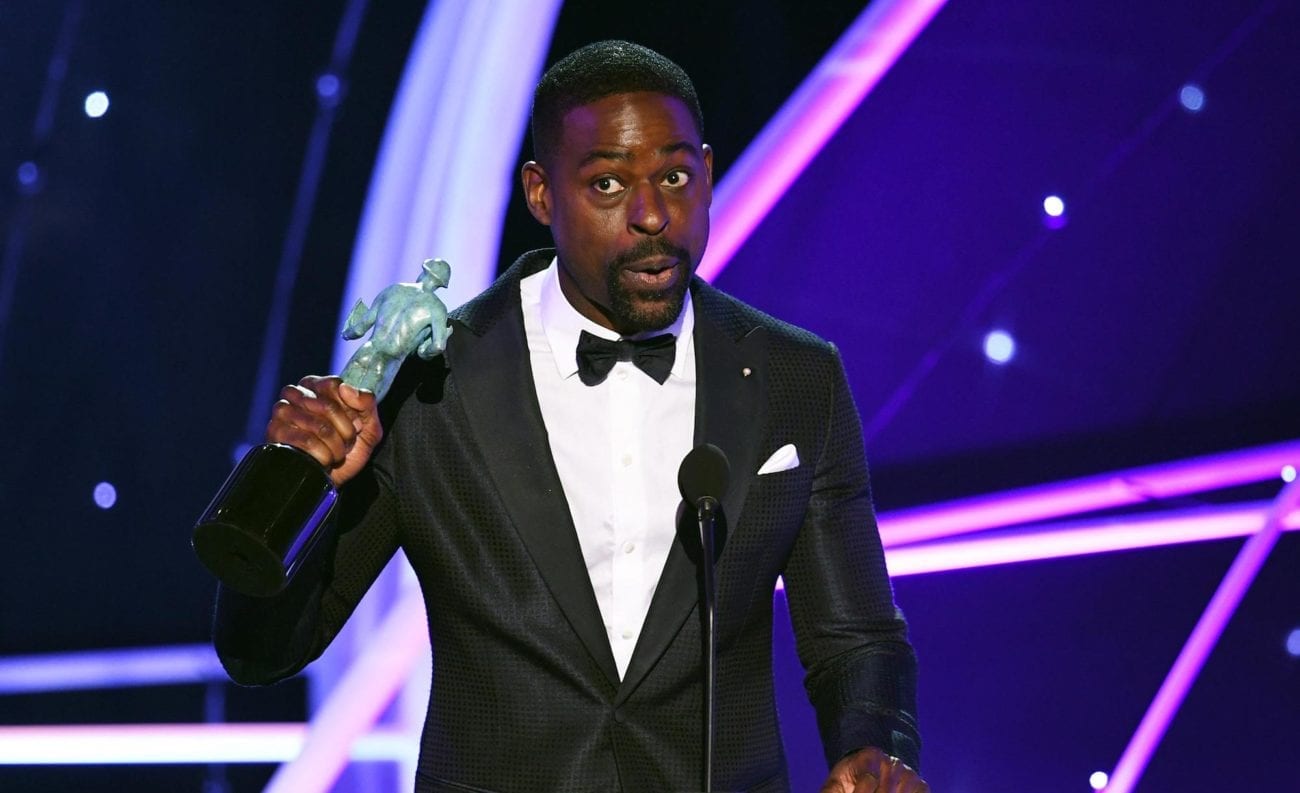 SAG Awards 2018: The wins, the snubs, the questionable fashion choices

As many of you know, this weekend saw the 24th annual Screen Actors Guild Awards honoring the best achievements in film & TV performances for the past year and giving us a clearer idea of which stars should (and shouldn’t) be preparing their Oscar speeches.

Sunday’s big winners would appear to outline the acting Oscar frontrunners, with Gary Oldman (Darkest Hour), Allison Janney (I, Tonya), Frances McDormand, and Sam Rockwell (Three Billboards Outside Ebbing, Missouri) all tripling down following recent wins at the Golden Globes and Critics’ Choice Awards. However, as Variety pointed out, the Academy nominations have not yet been announced, meaning the race is far from over.

On the TV side, last year’s Emmy winner Veep bagged the award for Best Comedy Series Ensemble, while This Is Us was a surprise winner for Best Drama Series Ensemble. One of the show’s leads, Sterling K. Brown, made SAG history as the first black actor to win Best Actor in a Drama Series for his role as Randall Pearson.

The man of the moment used his speech to signal to the #MeToo and Time’s Up crowds: “There is a responsibility that we have to make sure that our work environment is comfortable for all, because it’s not always about malicious and nastiness. Sometimes it’s about downright thoughtlessness, and we can all stand to be a bit more thoughtful.”

Backstage, Brown admitted the cast were waiting to hear The Handmaid’s Tale announced instead, a reaction shared by many other audience members. The critics’ favorite and awards-show darling was one of the surprise snubs of the night, heading home empty-handed despite success at this year’s Critics’ Choice Awards and the Golden Globes.

Other curveballs included Netflix’s Stranger Things, which scored 0/4 for the night, along with the cast from Greta Gerwig’s breakout indie Lady Bird being shown no love.

Of course, with the year Hollywood’s had, it was no surprise the awards were dominated by support for the fight against sexual misconduct in Hollywood. Women took center stage at the ceremony, featuring its first-ever female host, Kristen Bell, and a team of all-female presenters. The twist was further evidence the #MeToo and Time’s Up movements will remain a key focus of Hollywood’s awards season.

SAG-AFTRA president Gabrielle Carteris told the audience: “Truth is power, and women are stepping into their power,” adding, “make no mistake: this is not a moment in time; this is a movement.” The men signaled hard, with Morgan Freeman desperately using his Lifetime Achievement Award speech to call out the SAG awards for its gender-specific statue. Damage control? We’ll see.

One actor who didn’t show up to offer support to the movement was Aziz Ansari, in the wake of a recent article where an anonymous woman accused the actor of inappropriate sexual conduct. So while Ansari was nominated in the category of Outstanding Male Actor in a Comedy, the Master of None creator & star was not in the room.

While the Time’s Up and #MeToo movements were honored by a dress code blackout at the Golden Globes, color returned to the red carpet for the SAG awards. Head over to Variety for its photo gallery of the best (and some of the questionably) dressed.

The meaningless, self-congratulatory awards season has been strewn with meaningless virtue signaling (along with some genuine soul searching, thank goodness). Let the meaningless Oscars race commence!