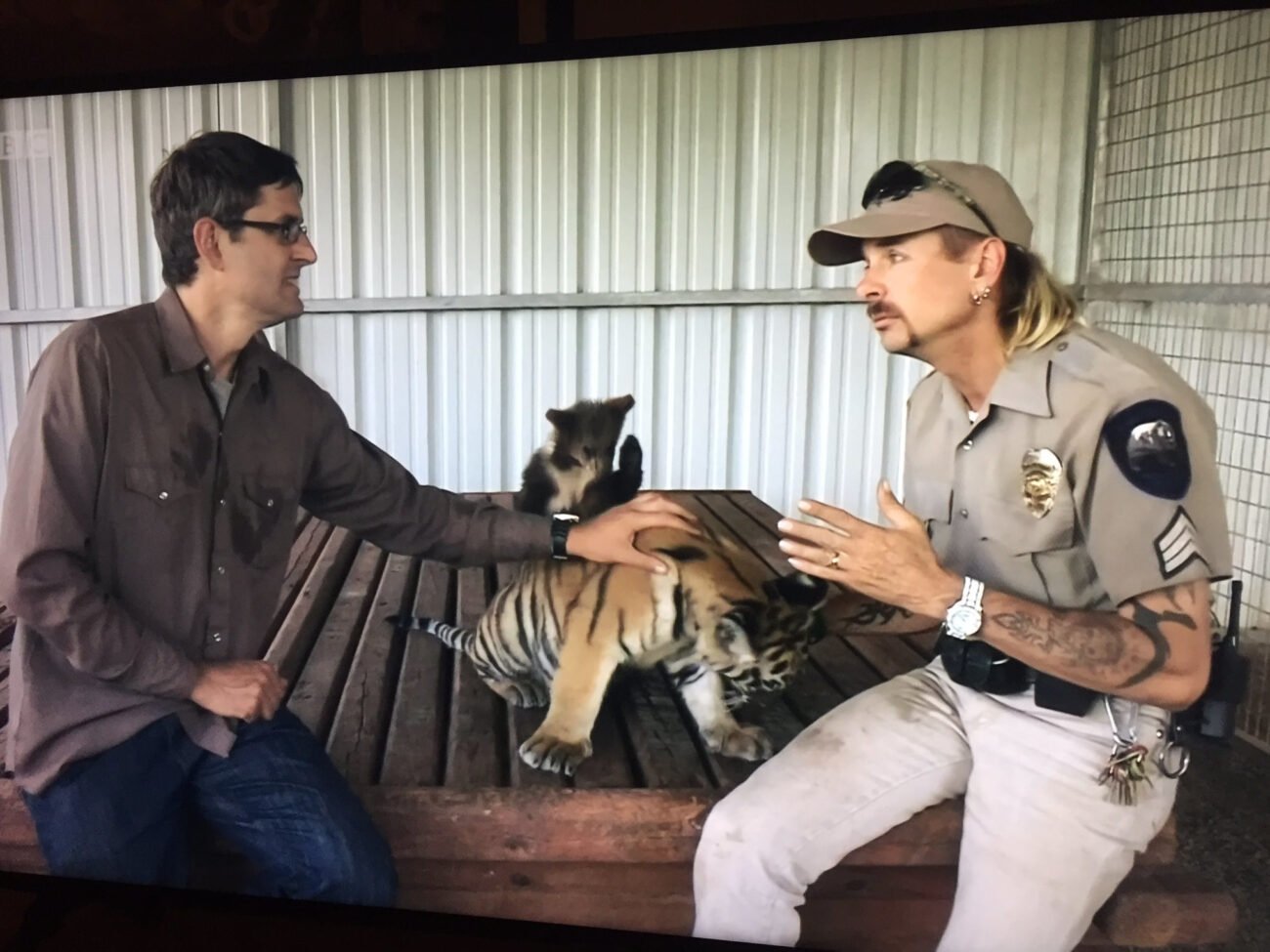 Hold onto your hats, Tiger King fans: a new docuseries is coming to your screens from filmmaker Louis Theroux entitled Shooting Joe Exotic. The new docuseries will air on the BBC, and it looks like it will follow Carole Baskin’s side of the story more closely.

From previous documentary works, Theroux is a veteran at tackling a wide range of characters. He has even touched on Tiger King ten years ago during a BBC special. Now, he’s working with Carole Baskin, presumably to get her take on what it was like filming Tiger King – and what it was like to be in Joe Exotic’s crosshairs.

Will Carole Baskin clear the air on her sardine oil gaffe? Will Louis Theroux delve into her perceptions of how Tiger King has changed her reputation? Let’s dive in. 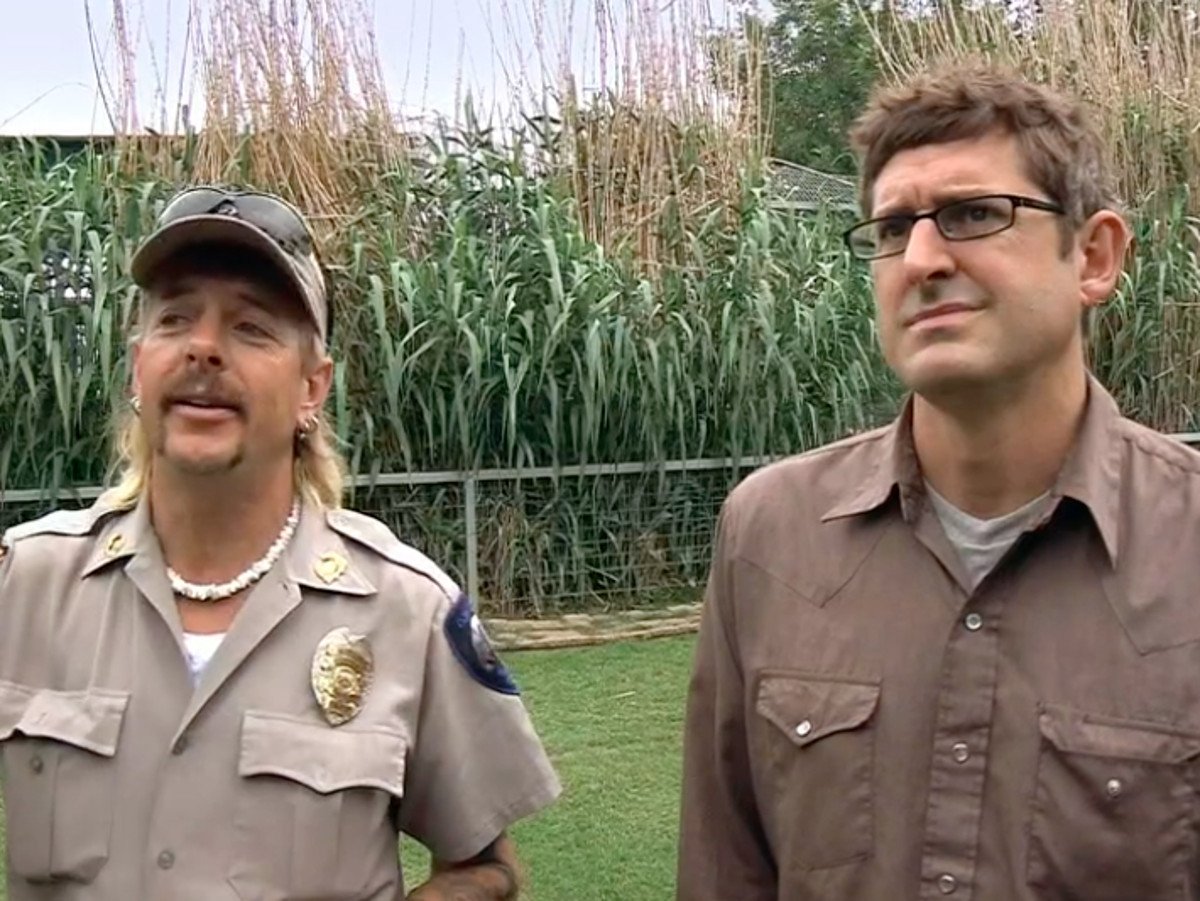 This isn’t the first time Louis Theroux has dipped his toes into Tiger King waters. In a segment from BBC’s America’s Most Dangerous Pets, Theroux interviewed Joe Exotic himself, questioning him on whether it was humane to keep tigers in captivity when they roam for hundreds of miles in the wild.

“Can you miss something you’ve never experienced?” Joe Exotic replied, wearing his distinctive security uniform he’s seen wearing in Tiger King. “He’s never been in an area to roam 100 miles, so how can he miss that? It’s like if you were born in a wheelchair, are you sure you’re gonna be happier walkin’ instead of ridin’?” We think the baffled look on Louis Theroux’s face after having heard Exotic’s analogy is priceless.

That said, The Independent reported Louis Theroux got much more footage than he aired in the 2011 documentary, leading him to release it in his new feature-length documentary about Joe Exotic & Carole Baskin. 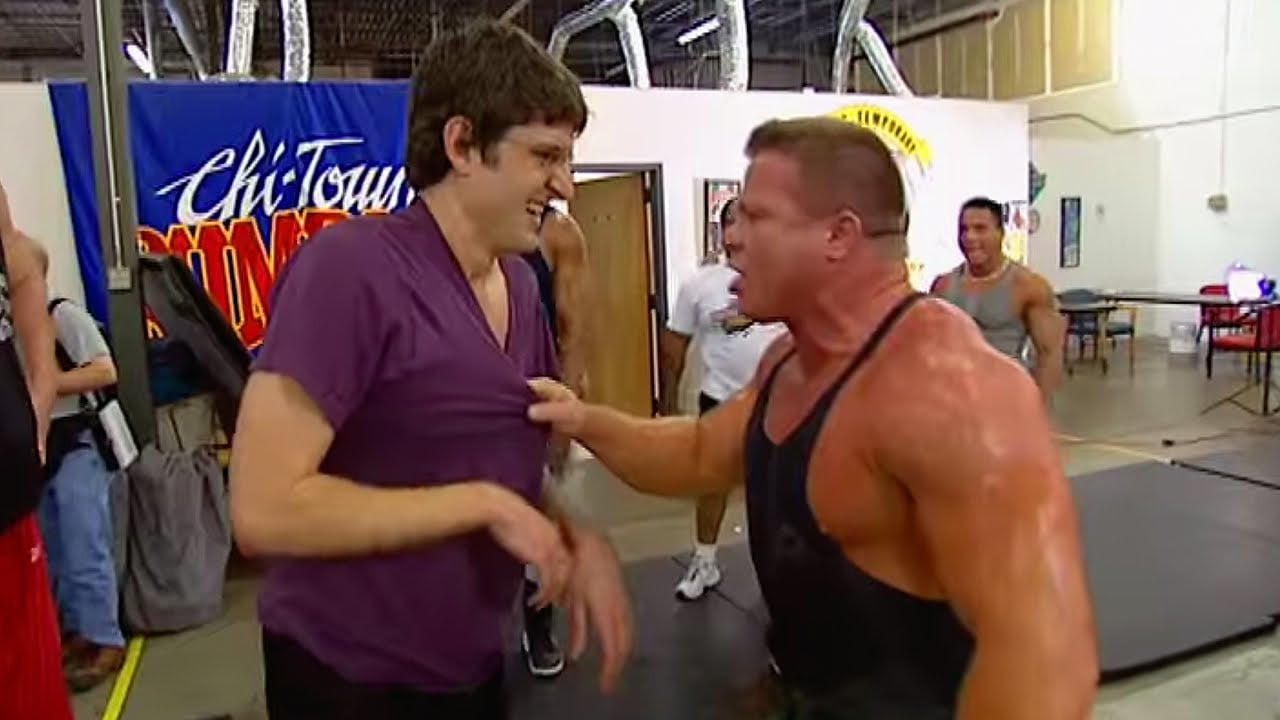 In fact, this isn’t Louis Theroux’s first foray into weirdness, specifically, American weirdness. Theroux’s career as a British documentarian has him crossing paths with strange people on his shows. Starting with Weird Weekends in the late 90s, Theroux has tackled several odd human interest stories, including drug smugglers, neo-Nazis, and the Westboro Baptist Church.

Louis Theroux got so much material on strange American subcultures, he wrote a book called The Call of the Weird: Travels in American Subcultures. In it, he tracks down the former subjects of his Weird Weekends documentaries and follows up with their lives. These guests include a children’s neo-Nazi band called Prussian Blue and a “Lord Templar” who claims he killed ten aliens.

Literary Review praised the book, drawing parallels between Louis and his father, famous travel writer Paul Theroux. “Paul Theroux’s son writes with just as clear an eye for character and place as his father . . .  Theroux’s final analysis of American weirdness is true and new.”

In addition to the old footage Louis Theroux has, he’s reportedly filming new material, including an interview with the Tiger King’s arch-nemesis, Carole Baskin. The Independent further reported he interviewed Joe Exotic’s closest lawyers & confidants as well, meaning the focus could be more on Exotic rather than Baskin. 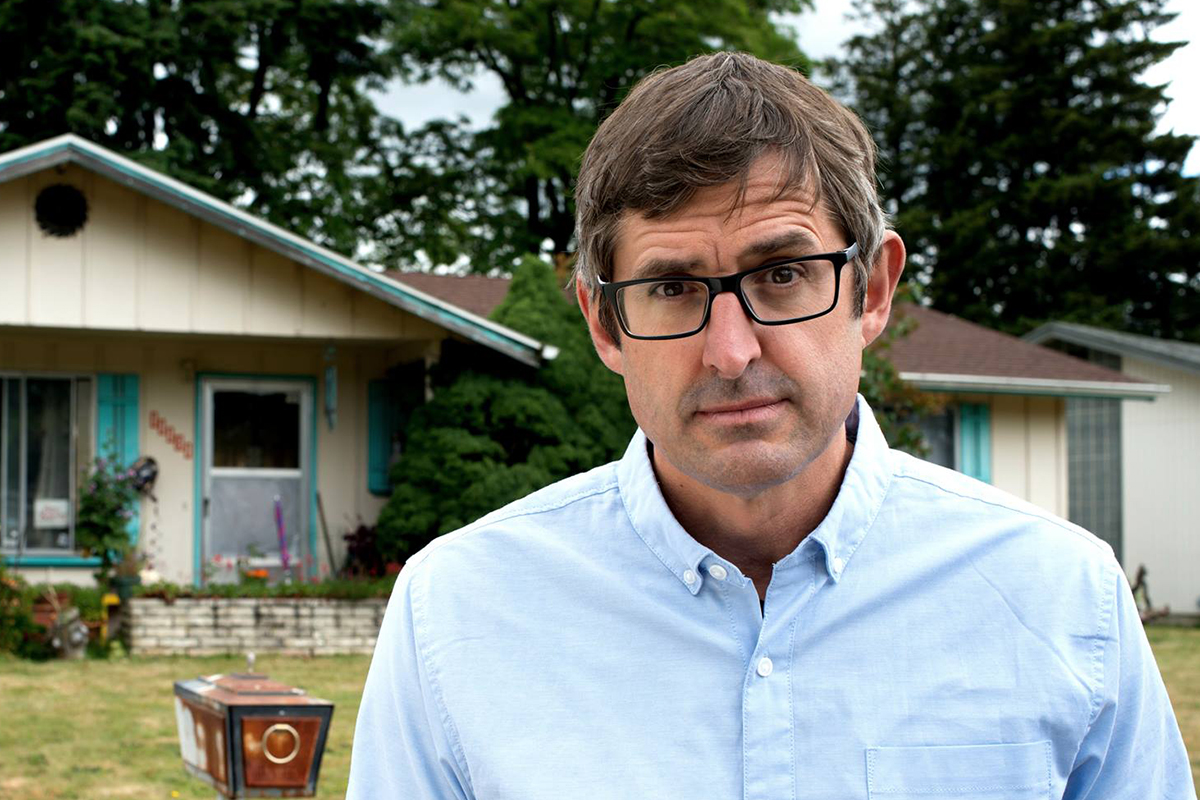 Louis Theroux released his own statement announcing the release of his Tiger King documentary. “This is one of those quintessentially American stories, taking place in the heartland of Oklahoma, with a cast of characters almost too colourful and larger-than-life to be believed.”

After explaining he spent “eight or nine days” filming Joe Exotic at his former zoo, Louis Theroux elaborated: “It’s extraordinary how much was there. Since then the story just got stranger and bigger, and in going back at the end of last year I uncovered a real-life drama that took me in directions I never could have expected.”

Hope you asked her how she actually disposed of her first husband! pic.twitter.com/RR02TLDkaq

It’s unclear what controversy Louis Theroux uncovered, but it took Twitter by storm yesterday. Many fans replied, asking if Theroux would ask probing questions about what happened to Carole Baskin’s husband, Don Lewis. In Tiger King, Joe Exotic memorably accused Carole Baskin of killing Lewis and feeding his remains to her tigers. Tiger King devoted the better part of at least one episode to the mystery.

However, not everyone’s happy that Louis Theroux is treading back into Tiger King territory. Matthew Pyr replied to Theroux’s tweet by saying: “I love you @louistheroux and I understand there is a genuine curiosity about these freakshows. But personally, I find it all pretty cringeworthy and reckon you’d be better off out of it.”

However, some Twitter netizens stated they don’t believe Carole Baskin killed her husband and tweeted they hoped Louis Theroux would vindicate her. “They really vilified her in that documentary. It’s clear her husband that died was some kind of drug runner and I don’t think she had anything to do with it”, @suffragette1234 replied.

What do you think Louis Theroux will uncover in his new documentary? Do you think we’ll get more light on Carole Baskin and her husband? Let us know in the comments!