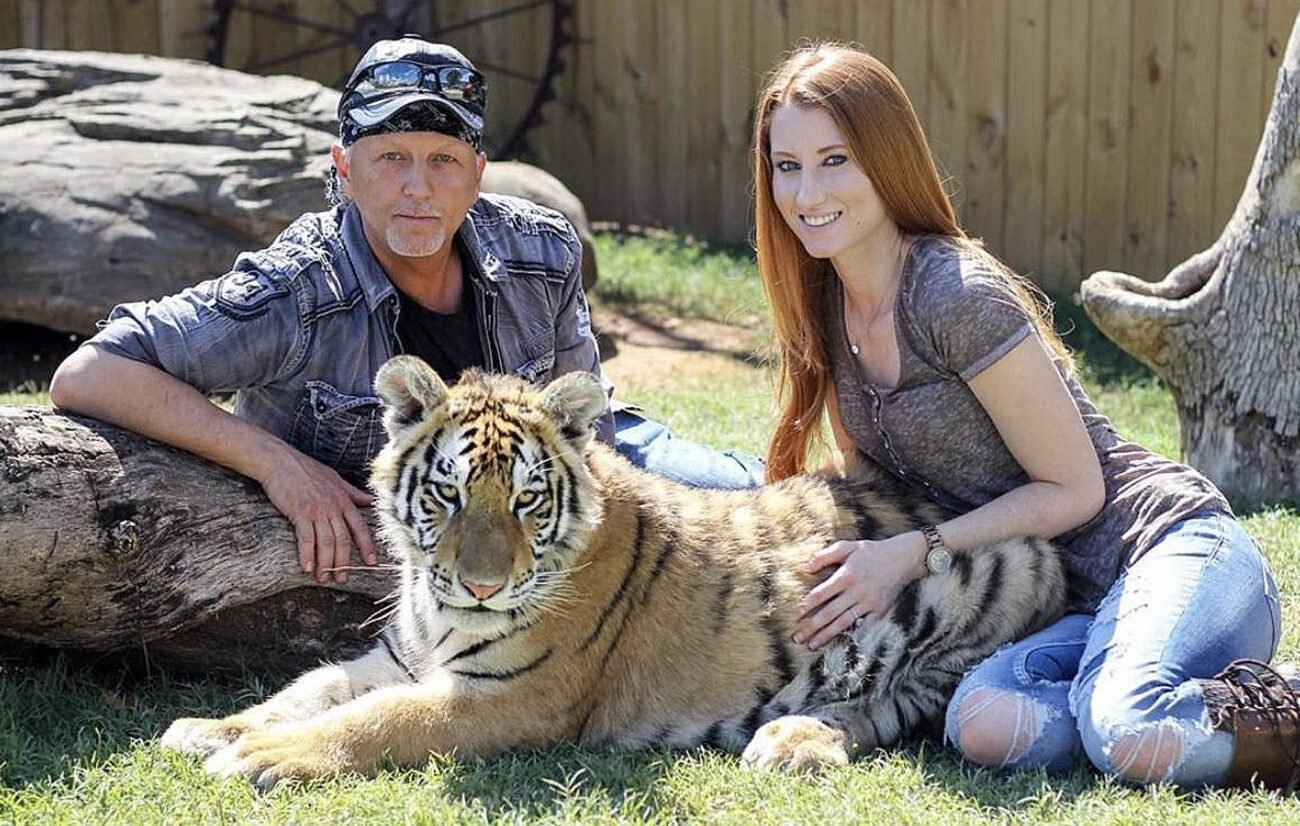 Has Jeff Lowe been poisoned? Inside the ‘Tiger King’ star’s hospital stay

Although it’s been a little over a year since the world “saw a tiger, and it saw a man”, the saga behind Tiger King rages on. From Joe Exotic’s bids for a presidential pardon to Carole Baskin’s short stint on Dancing With The Stars, this Netflix docuseries exploded into our lives thanks in part to COVID-19 lockdowns canceling our other plans. Now, Jeff Lowe is back in the spotlight, along with some suspected foul play.

The Tiger King star and current owner of Joe Exotic’s former business, Jeff Lowe, was hospitalized after having a stroke at a casino in Oklahoma. His wife, Lauren, told TMZ “I thought he was dying in my arms” when she found him unresponsive at 3 am in their hotel room. Jeff Lowe is reportedly still trying to recover and per TMZ, he’s back home.

Lauren further elaborated to TMZ that she suspected foul play and her husband Jeff Lowe’s hospitalization went beyond a simple stroke. She claimed someone may have spiked Lowe’s drink earlier in the evening. Who could’ve tried to poison the new Tiger King in town, and more importantly, why? Let’s pounce in. 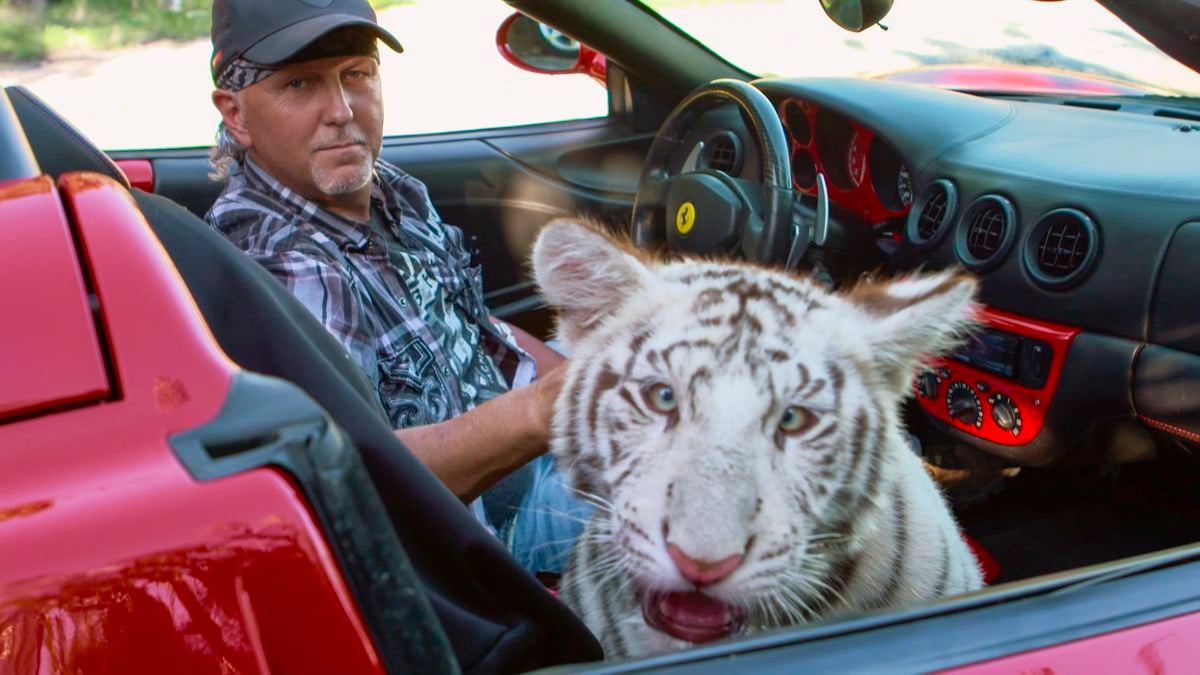 Lauren recalled that she & Jeff Lowe were out at a casino for a dinner date. She & Lowe are used to being flocked by Tiger King fans, but one mysterious man stood out to her. She told TMZ the man said he now only knew the couple personally – he also knew their favorite drink orders. Whether the mystery man was a major celebrity stan, or someone more sinister remains to be seen.

Lauren further said he hung around Tiger King fans before shuffling off, and that’s when she suspected he spiked Jeff Lowe’s drink with something that caused the stroke. A litany of drug tests have been performed on Lowe per TMZ and have turned up nothing. However, TMZ floated the possibility something more “exotic” could’ve been used. 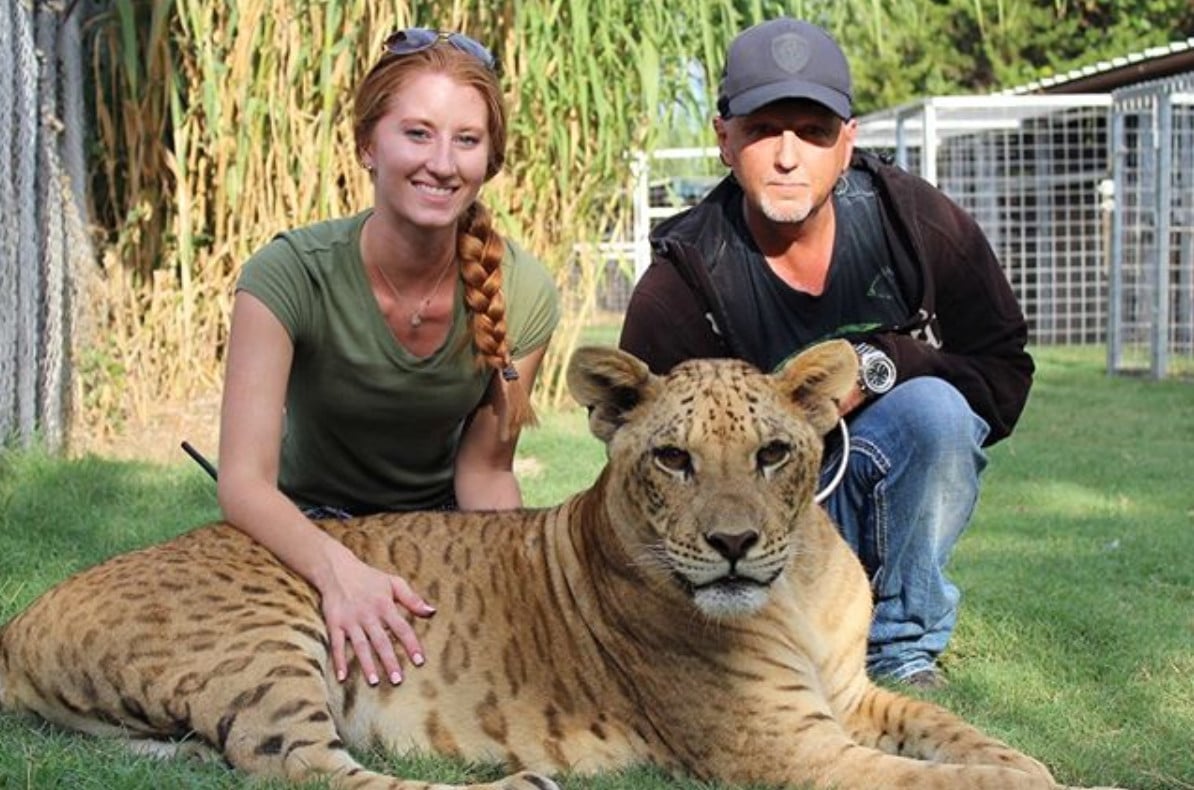 The whole premise of Tiger King, per its byline, is “murder, mayhem, and madness”. The plot of the last few episodes detailed Joe Exotic hiring a hitman to “take care of” his nemesis Carole Baskin, who Exotic famously claimed killed her husband and either fed him to her tigers or hid his remains in her septic tank. Therefore, there’s no shortage of people who could possibly want to see Jeff Lowe dead.

Per Tiger King itself, Jeff Lowe bought the GW Zoo from Joe Exotic during his copyright lawsuit with Carole Baskin. The stated goal of the purchase was to safeguard the zoo from Baskin, who could claim it in the suit if Joe Exotic didn’t pay her what he owed. 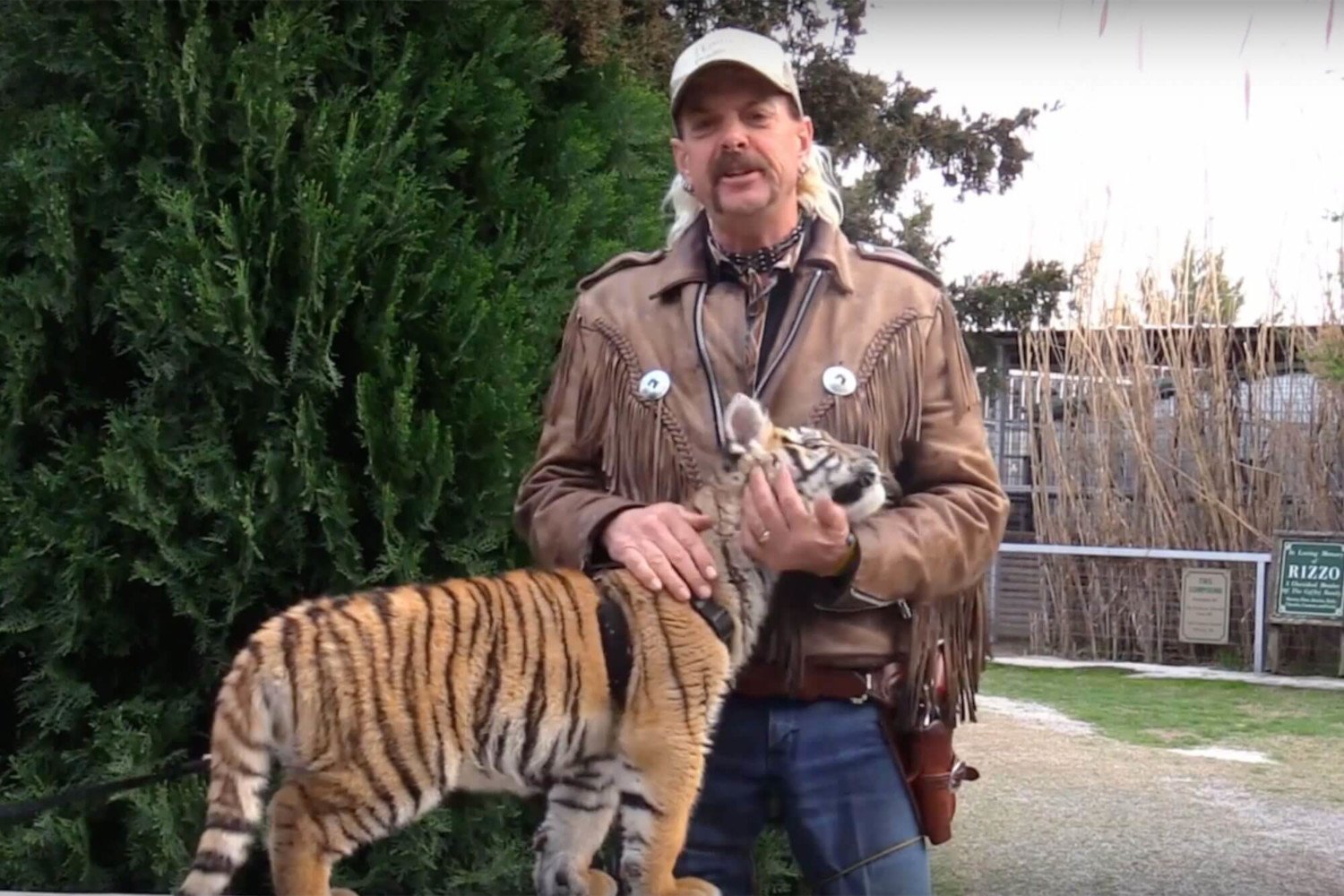 Specifically, the bad blood from Jeff Lowe’s end started when he moved to Vegas because he “couldn’t stand” Exotic anymore. When they went to check on their bank account after the passwords had been changed, the teller told them they were being watched by the FBI. Reportedly, Lowe further discovered Joe Exotic had been using his name on checks.

Jeff Lowe credited the discovery for saving him from being implicated in Joe Exotic’s crimes. “That is I think effectively what saved us from the scrutiny of the federal investigators. Because, initially, I would have been a suspect in cub trafficking because my name was on the park and Joe was breeding all these cats here and selling them”, he told ET. 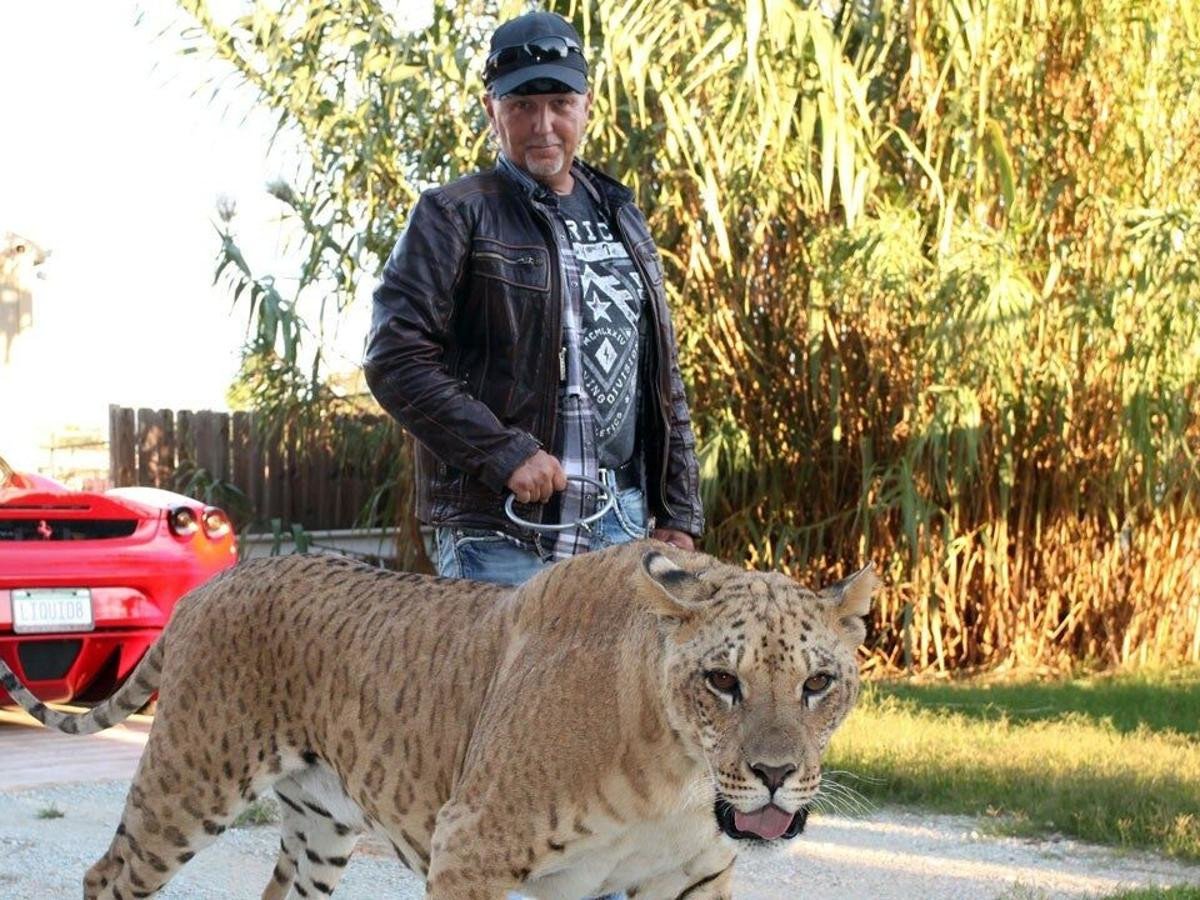 Jeff Lowe & Joe Exotic notoriously butted heads during Tiger King’s episodes, and Joe Exotic is reportedly still salty with Lowe for enjoying the perks of zoo ownership while Exotic sits in federal prison after being convicted of animal cruelty and murder for hire. Exotic also reportedly believed Jeff Lowe set him up.

“We did not do anything. We did not rat on Joe. We did not snitch on Joe”, Jeff Lowe detailed in a post-Tiger King interview with ET’s Lauren Zima. He further detailed he cooperated with the FBI to protect himself and his wife from possible arrest & prosecution for alleged involvement with Joe Exotic’s crimes.

“When the feds started investigating Joe and we were tipped off by the confidential informant . . . we knew that we had no choice. We had to tell them what we knew.” Jeff Lowe elaborated he handed his cell phones & bank account to the feds to assist in their investigation of the former Tiger King. 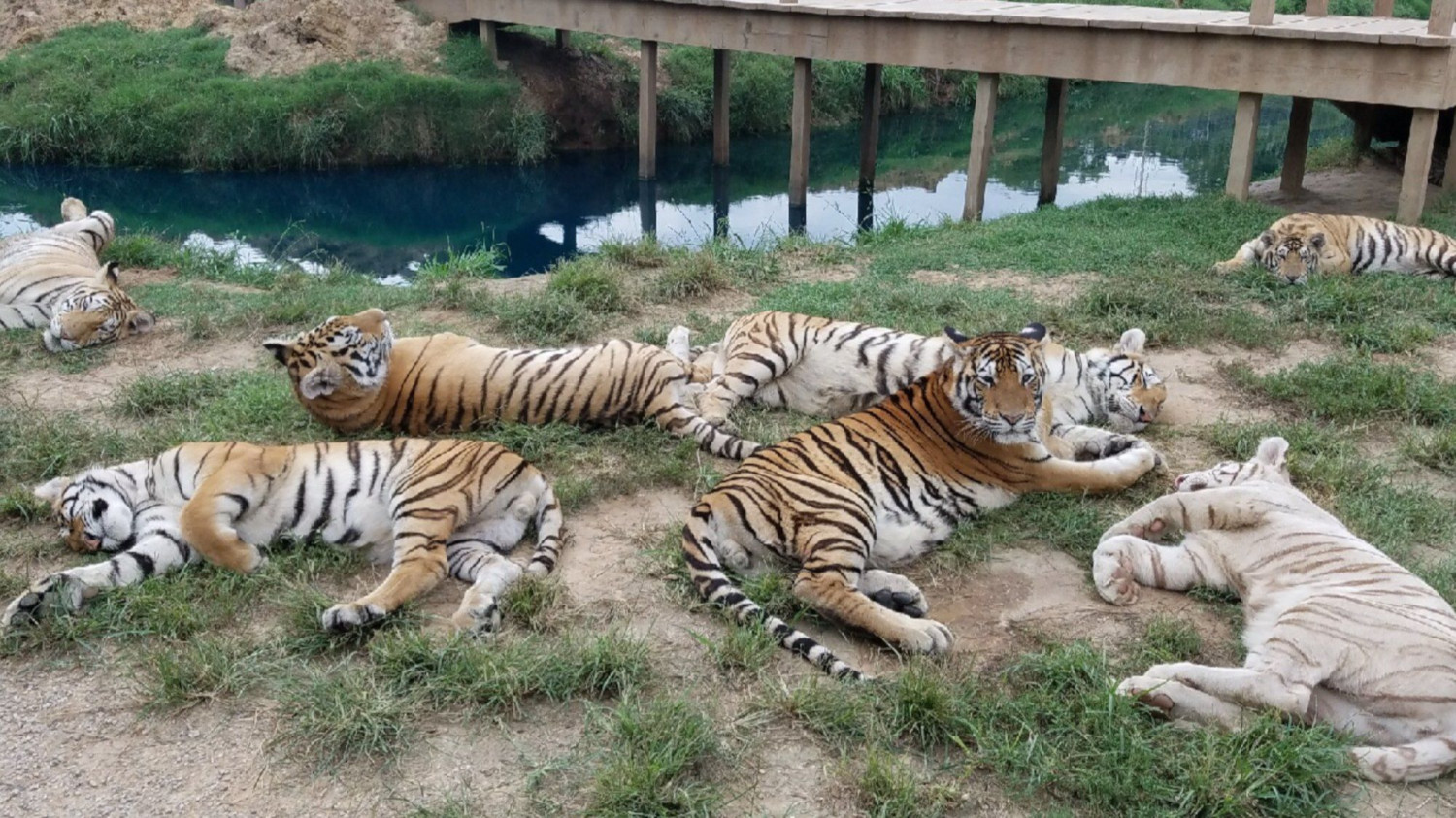 From animal welfare denizens to Tiger King stans who hate Jeff Lowe, there are a plethora of people with a motive to put a hit on the zoo owner. However, it remains unclear whether Lowe was actually poisoned or even the target of an attack at all. So far, the only place Joe Exotic has clearly struck Lowe was in court.

The Tiger King star has accused Jeff Lowe of defamation, claiming he publicly stated Exotic had sex with farm animals to keep his fame from the documentary alive. USA Today further reported that Exotic is also suing Lowe for tax reasons.

Jeff Lowe shut down the original GW zoo last June after animal welfare violations were reported, and a judge ordered Lowe to turn over the property to Carole Baskin. Lowe has moved the tigers to a new zoo where he claimed: “all the animals will continue to have excellent care, and consequently will no longer be subject to USDA inspectors or PETA spies.” Currently, the zoo is serving as a set location for new Tiger King content.