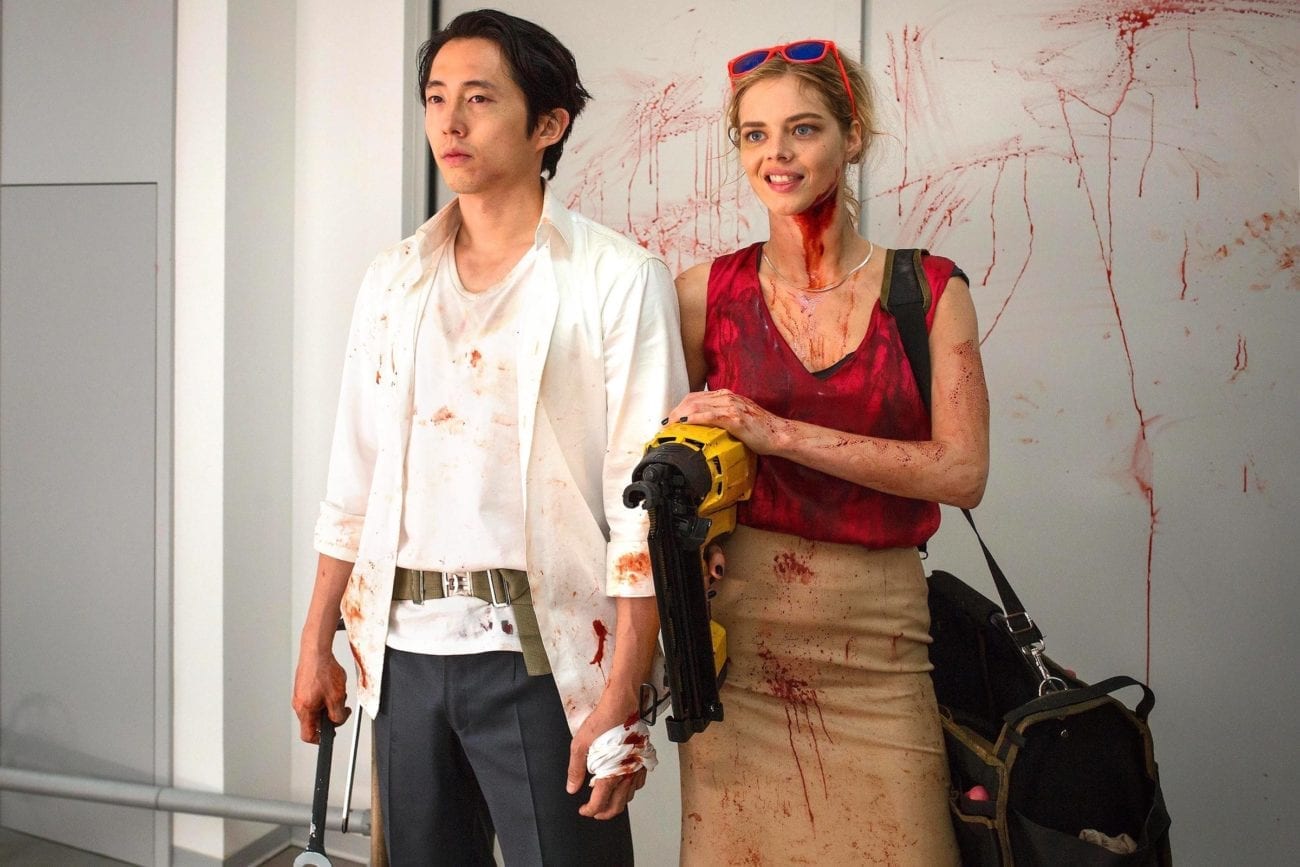 “Come play with us!” Must-see films at the Overlook Film Festival

15 must see films at the Overlook Film Festival

Heading to the first-ever Overlook Film Festival at the Timberline Lodge in Mt. Hood National Forest, Oregon? You’re in for one hell of an event!

With a schedule including many of the most unique films in genre cinema this year, there is plenty to look forward to, highlighted below.

Director Joe Lynch (Knights of Badassdom) creates an indie flick that mixes action with horror themes in Mayhem. When a virus preventing people from controlling their inhibitions is discovered within the headquarters of a law firm, disgruntled employee (Steven Yuen, AMC’s The Walking Dead) and enraged client (Samara Weaving, Starz’s Ash vs Evil Dead) must fight their way to the top of the corrupt organization to “have a word” with the partners.

Ana Lily Amirpour made a splash with her directorial debut A Girl Walks Home Alone at Night in 2014. Her next film appears to be just as dark. Set in a post-apocalyptic future, a young girl is deemed no longer suitable for society and is put out to pasture in the rugged Texas wasteland – which just happens to be inhabited by swarms of bloodthirsty cannibals. The Bad Batch stars Suki Waterhouse (Starz’s The White Princess), Jason Momoa (HBO’s Game of Thrones), Diego Luna (Rogue One: A Star Wars Story) and Keanu Reeves (The Matrix).

An upcoming horror film written and directed by Mickey Keating (Carnage Park), the events of Psychopaths unfold when a madman is sent to the electric chair. Its cast includes Ashley Bell (Carnage Park), Larry Fessenden (Stake Land), Jeff Daniel Phillips (The Lords of Salem), and Angela Trimbur (The Final Girls). What can we expect? A group of serial killers (an escaped mental patient, a beautiful seductress, a strangler, and a masked contract killer) prey on Los Angeles over the course of one lonely night. Count us in!

Dubbed as the “fearless” first feature by Australian writer-director Ben Young, Hounds of Love is set in suburban Perth during the mid-1980s – when women are disappearing at the hands of a serial killer couple. Ashleigh Cummings (Tomorrow, When the War Began) stars as 17-year-old Vicki Maloney, who finds herself at the mercy of the couple. In a bid to escape, she observes the dynamic between her captors and realizes she must drive a wedge between them if she is to survive.

The next feature film from Spanish director Amat Escalante (Heli), The Untamed sees the lives of a troubled married couple thrown off balance when a mysterious stranger convinces them something not of this world dwells in a nearby isolated cabin. Might it be the answer to all their problems? Find out in the horror-drama that is already being described as “shocking and controversial”, promising to touch on the themes of family values, homophobia, and male chauvinism.

The Overlook Film Festival will play host to the world-first premiere of upcoming documentary Primal Screen from acclaimed filmmaker Rodney Ascher (Room 237). In his latest offering, Ascher explores the pop culture which left dark impressions on us as children. A hybrid of documentary and horror in a similar vein to Ascher’s The Nightmare, Primal Screen will see real people discussing the artifacts that traumatized them in their youth. Ultimately it ponders the question: why are we simultaneously attracted to and repelled by the things that scare us the most?

The timely debut feature film from writer and director Robert Mockler, Like Me explores the issues surrounding today’s youth in what has become a generation dominated by the instant gratification social media is able to grant us. Like Me follows a reckless loner, desperate for human connection, who decides to broadcast a crime spree over the internet. Starring Addison Timlin (The Town That Dreaded Sundown), Ian Nelson (The Boy Next Door), Jeremy Gardner (The Egg and the Hatchet) and Larry Fessenden (I Sell the Dead).

Finnish director Taneli Mustonen (Reunion) tackles the true story of Lake Bodom, where in 1960 four teenagers were subjected to every camper’s worst nightmare. The story is passed from generation to generation until, years later, a group of investigators arrive hoping to solve the murder mystery by reconstructing it. As night falls, it turns out not all of them are there to play. Will they escape the past or fall prey to it? Written by Mustonen and Aleksi Hyvärinen, Lake Bodom is the second partnership between the two, after the 2013 family comedy Ella and Friends.

In Two Pigeons, British director Dominic Bridges (Shelfstackers) crafts what is being called the “darkest of comedies about class”. The film follows slick-talking real estate agent Hussein as he gets by daily, thanks to his sharp wit and massive ego. Everything isn’t quite as it seems, as unbeknownst to him, he’s sharing his apartment with a forgotten stranger lurking in the shadows and plotting a campaign of vengeance. Two Pigeons promises to be one of the most unique genre films this year.

Director Yoshihiro Nishimura (Tokyo Gore Police) proves that Japanese cyberpunk is alive and well in Meatball Machine Kodoku, long-awaited sequel to the unflinching 2005 horror comedy Meatball Machine. Alien parasites turn unsuspecting humans into necro-borgs: half-man, half-machine creatures who will stop at nothing to battle one another to the death – more over-the-top goodness from effects specialist Nishimura, who has promised to put his “own independent spin on the story”.

After the loss of one of her twins during childbirth, Mary begins to feel an unparalleled disconnect from reality. As she struggles to cope with the loss, she begins to suspect a sinister force has plans for the other child. The first feature film debut from Brandon Christensen was written by Colin Minihan (Grave Encounters) and is dubbed as a “horror you won’t soon forget”. Starring Christie Burke (Crowsnest) and Jesse Moss (Tucker and Dale vs Evil).

Following the brutal sexual assault of a fellow student, an introverted art student sets out and takes justice into her own hands in M.F.A., the “terrifying and poignant” thriller from director Natalia Leite (Bare, Be Here Nowish).

Spanish director Álex de la Iglesia (The Oxford Murders, The Day of the Beast) returns to form with a fast-paced horror-comedy about a random group of diners who become trapped inside a downtown Madrid bar. As claustrophobia begins to set in, a series of bizarre events unfolds outside, leading this mismatched bunch to extreme paranoia that may have vicious consequences. The cast is led by Blanca Suárez (The Skin I Live In) and supported by Mario Casas (Witching and Bitching), Carmen Machi (Spanish Affair) and Jaime Ordóñez (My Big Night).

A young couple sets off for a romantic vacation to arrive at an isolated campsite with no sign of occupants. Locating a distressed child wandering the woods, they unleash a terrifying chain of events that will put their relationship to the test. Australian writer and director Damien Power weaves a terrifying thriller in the vein of Straw Dogs and Wolf Creek in his feature film debut. Stars Ian Meadows (The Moodys) and Harriet Dyer (Love Child).

The centerpiece of the Overlook Film Festival, Stephanie is the latest from Academy Award-winning writer and director Akiva Goldsman (Winter’s Tale), his second team-up with Blumhouse Productions after serving as executive producer on the Paranormal Activity franchise.

Stephanie is set in the not too distant future after a global crisis. A young girl is left home alone whilst a dark supernatural force looms in the background. Starring Shree Crooks (American Horror Story), Frank Grillo (Blumhouse’s The Purge franchise) and Anna Torv (Fringe). 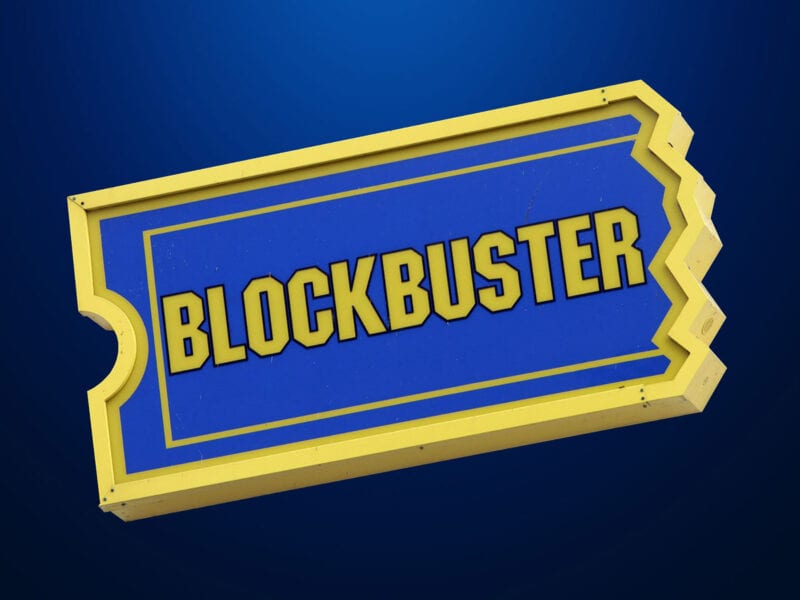 Can the last Blockbuster in the world survive the pandemic?