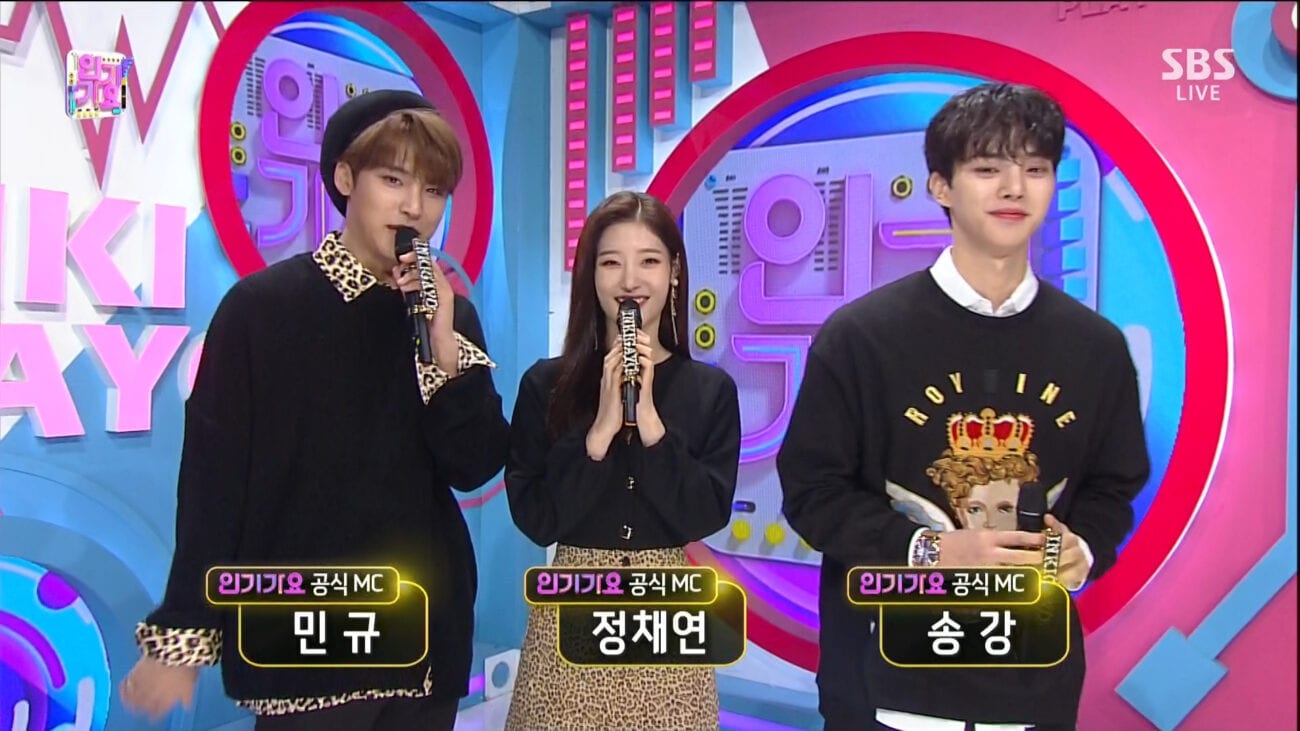 ‘Inkigayo’: Inside the Korean music show hosted by K-pop legends

Nowadays, people find their music on the internet. It’s almost a wonder that network broadcasting still has shows dedicated to new musical content when people just consult social media, YouTube, and music streaming channels to find their new hits. That’s why the digital age was part of what killed music on MTV and shows like TRL. However, for K-pop, a Korean show still exists to bring viewers the best bands.

Enter Inkigayo (인기가요). Translating to “popular music”, the weekly show is hosted by Korean channel SBS and airs live every sunday at 3:40 pm KST. The content goes above & beyond what viewers can find on the internet, too – Inkigayo gives viewers exclusive backstage footage of their favorite bands and first-ever performances from Korea’s latest & most popular acts on their soundstage. 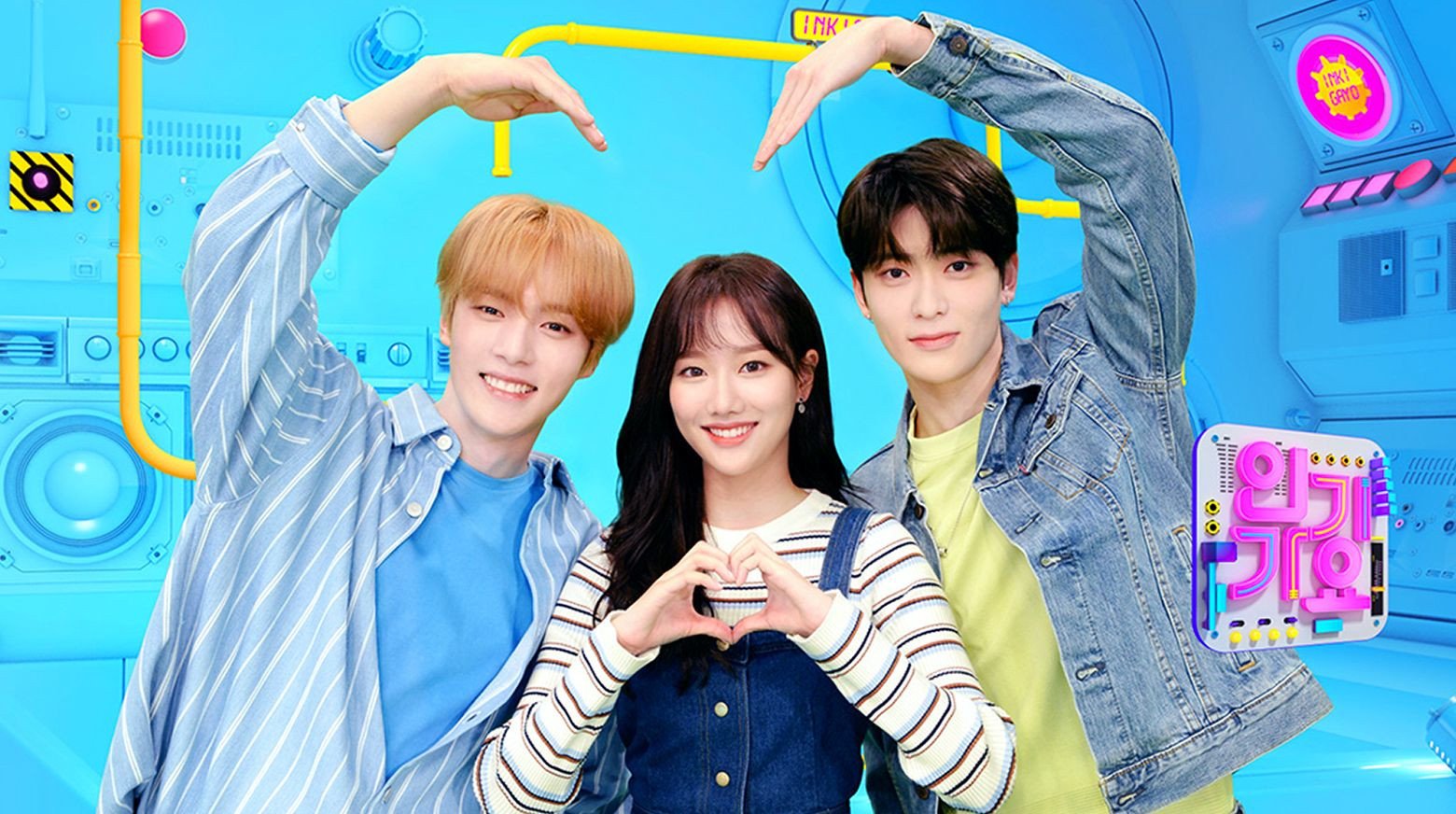 Inkigayo has had starts & stops over the years. Initially piloted in 1991, Inkigayo was cancelled in 1993 when the network replaced it with TV Gayo 20. Inkigayo returned in 1998 with a few changes to its structure. In 2003, the Take 7 format replaced the old chart format, where the top seven artists of the week would come on Inkigayo and perform – the top performer would go home with an award for the Mutizen Song.

In 2013, the old chart system was revived as part of a deal with Inkigayo and the Music Industry Association of Korea’s Gaon Chart.

Inkigayo also went through its share of hosts over the years. Some notable hosts have included Jeongyeon from TWICE, Jisoo from Blackpink, Dooyoung from NCT, Jinyoung from GOT7, and Mingyu from SEVENTEEN. 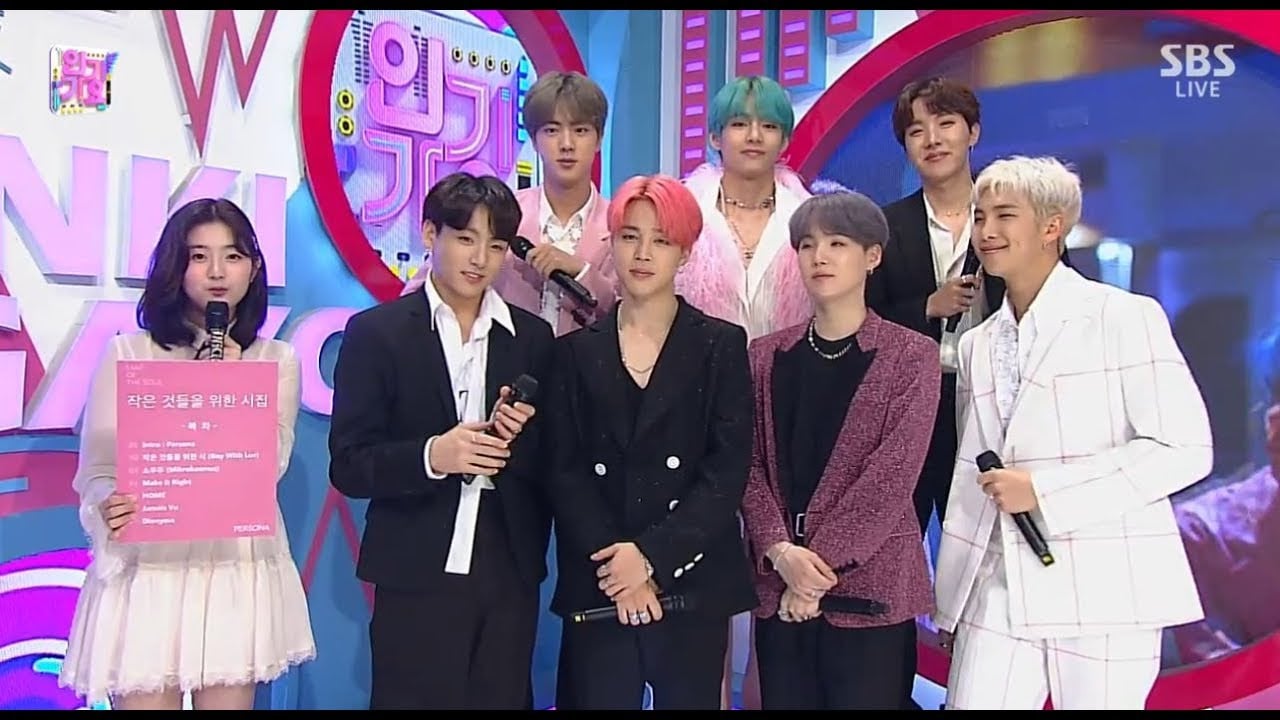 Inkigayo has several show segments that go beyond just listening to the top songs & artists of the week. One of its first segments was “Super Rookie”, a segment that introduced new artists to a wider audience.

Each week, a new band was chosen to perform on Inkigayo through fan votes on the show’s home page. Each performing band was featured on the site for a month, which was a great way to discover new talent. Sadly, the segment stopped running in 2010.

“Digital Music Charts” was another segment in Inkigayo that found itself scrapped. First known as “Mobile Ranking”, “Digital Music Charts” ranked popular songs based on digital downloads on phones & music sites. Each week, it featured the top five bands downloaded and had its own hosts for the segment. It ended in mid-2009. 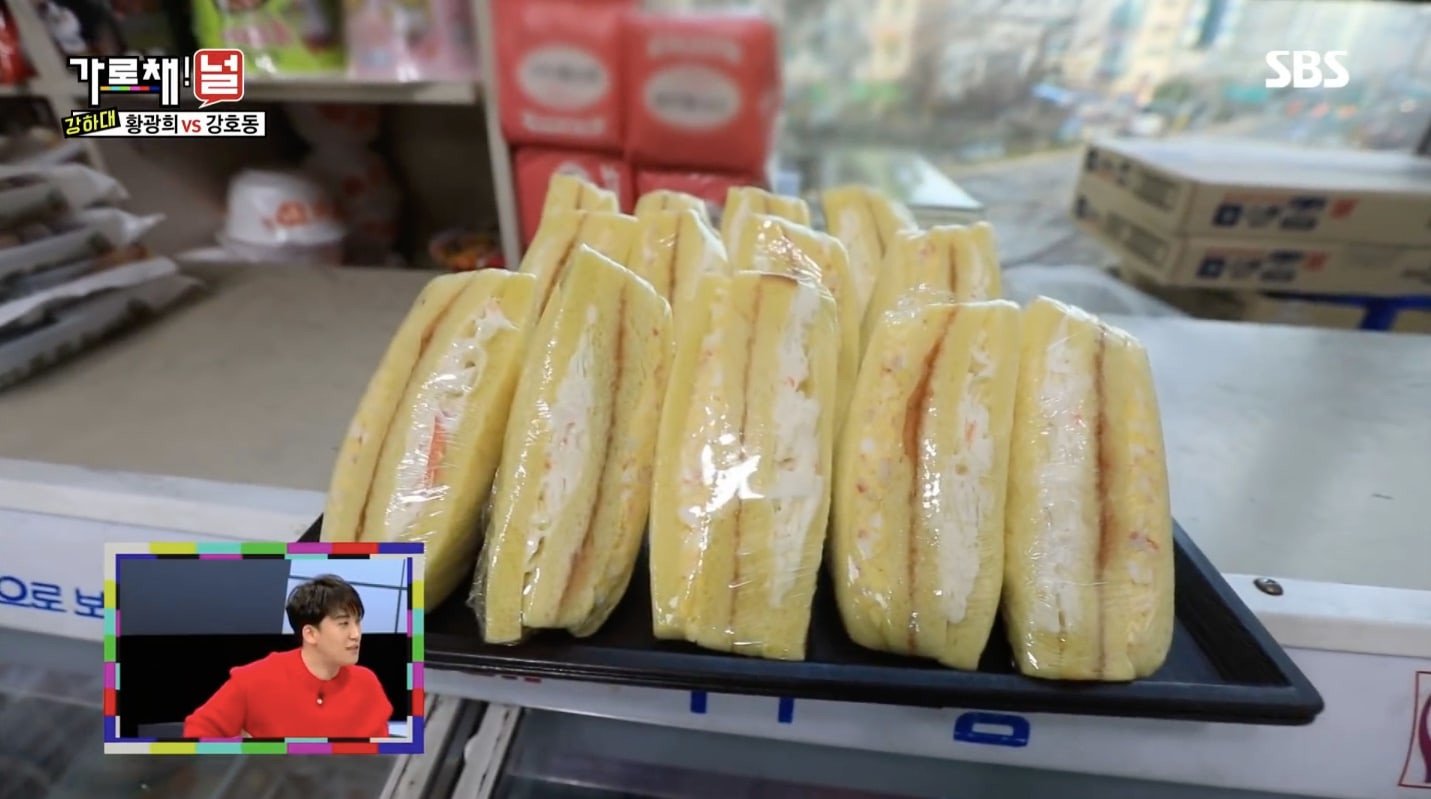 The snack bar at Inkigayo is exclusively for the show’s guests and many K-pop idols revere it as their go-to snack when starring on the show. K-pop idols like members of BTS are frequently photographed with the triple-layer sandwich in hand. MONSTA X’s Wonho even told the press the sandwich was G-Dragon’s favorite food.

Although the authentic Inkigayo sandwich is exclusively available backstage for guests, the recipe is simple enough for K-pop idol stans to make the recipe at home. The sandwich is made of potato & egg salad in one layer, strawberry jam in another, and crab & cabbage salad in the final layer. Press your ingredients between four slices of bread and voila! Your very own K-pop tasty treat. 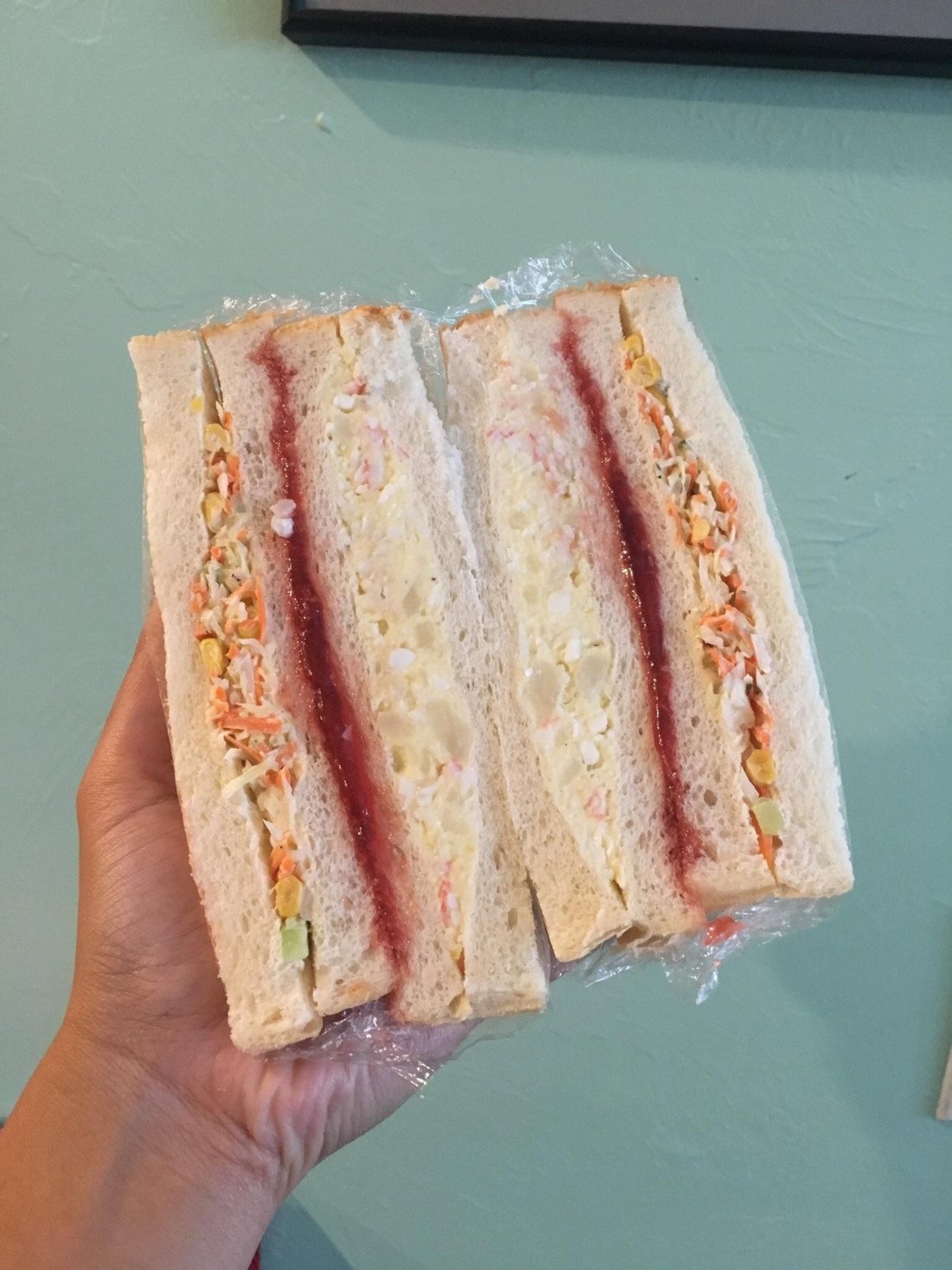 The only place in the Inkigayo building where idols can eat is the fourth floor cafeteria, where the Inkigayo sandwich is served. It’s also where all the drama unfolds.

BIGBANG’s Seungry spilled the tea about the goings-on in the cafeteria on an episode of SBS’s We Will Channel You. “No one’s allowed to eat in the waiting rooms [at Inkigayo], so all the performing artists always wind up eating in the cafeteria on the fourth floor. That’s where lots of things end up happening.”

When pressed if anything was happening between the idols, Seungri slyly repeated that “so many things happen there, at that cafeteria on the fourth floor.” 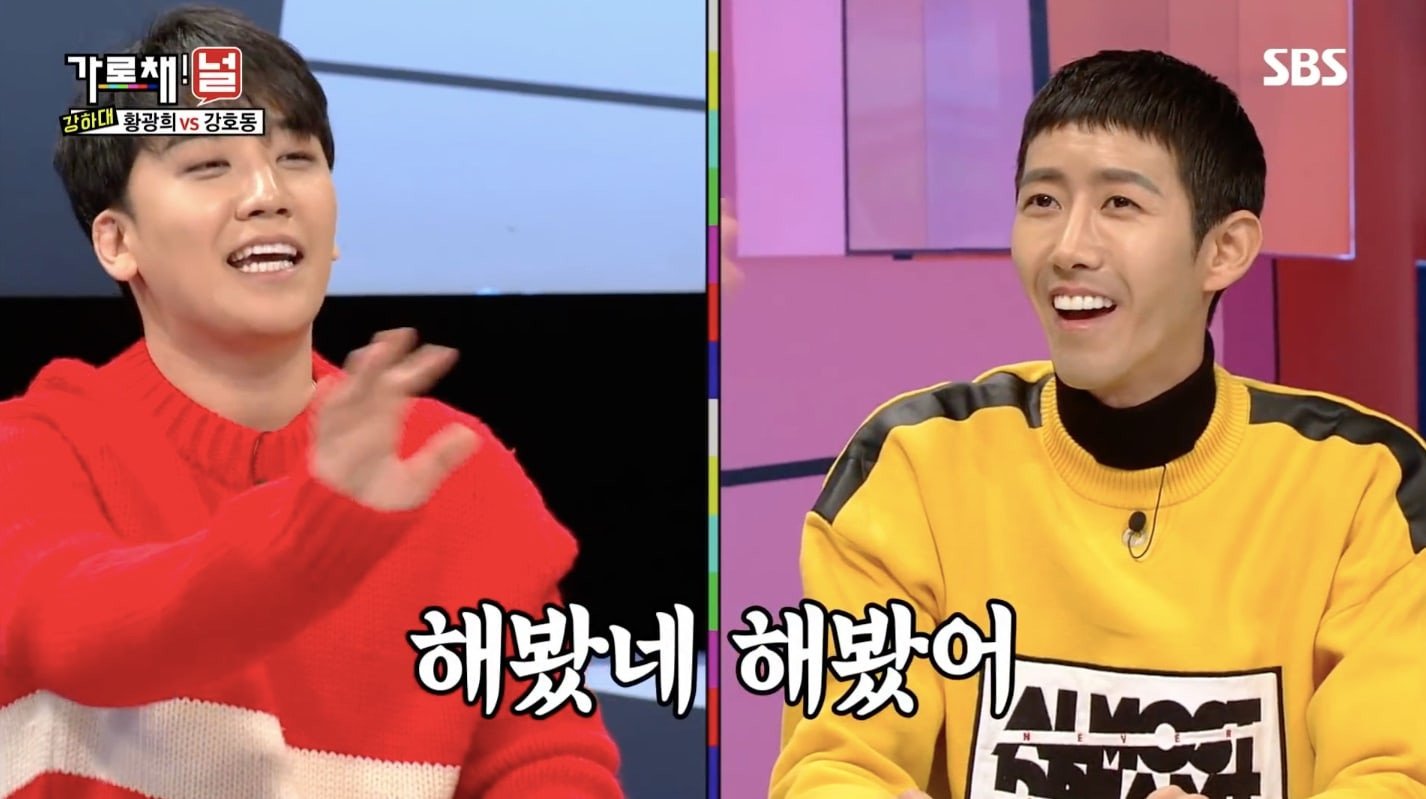 Then, the secret of the sandwich came out. The Inkigayo sandwich comes wrapped in plastic, so it’s a stealthy way for idols to exchange information if they like another idol. Assuring the audience that the story wasn’t “about him”, he said that some idols use the sandwich to give phone numbers and start relationships.

As K-pop idol stans already know, dating in the K-pop world is a big no-no. Referred to as “scandals”, relationships are forbidden by management companies who want their stars focused on their careers and fans. It’s interesting that one little triple-layered sandwich can beckon secret romances for K-pop idols.