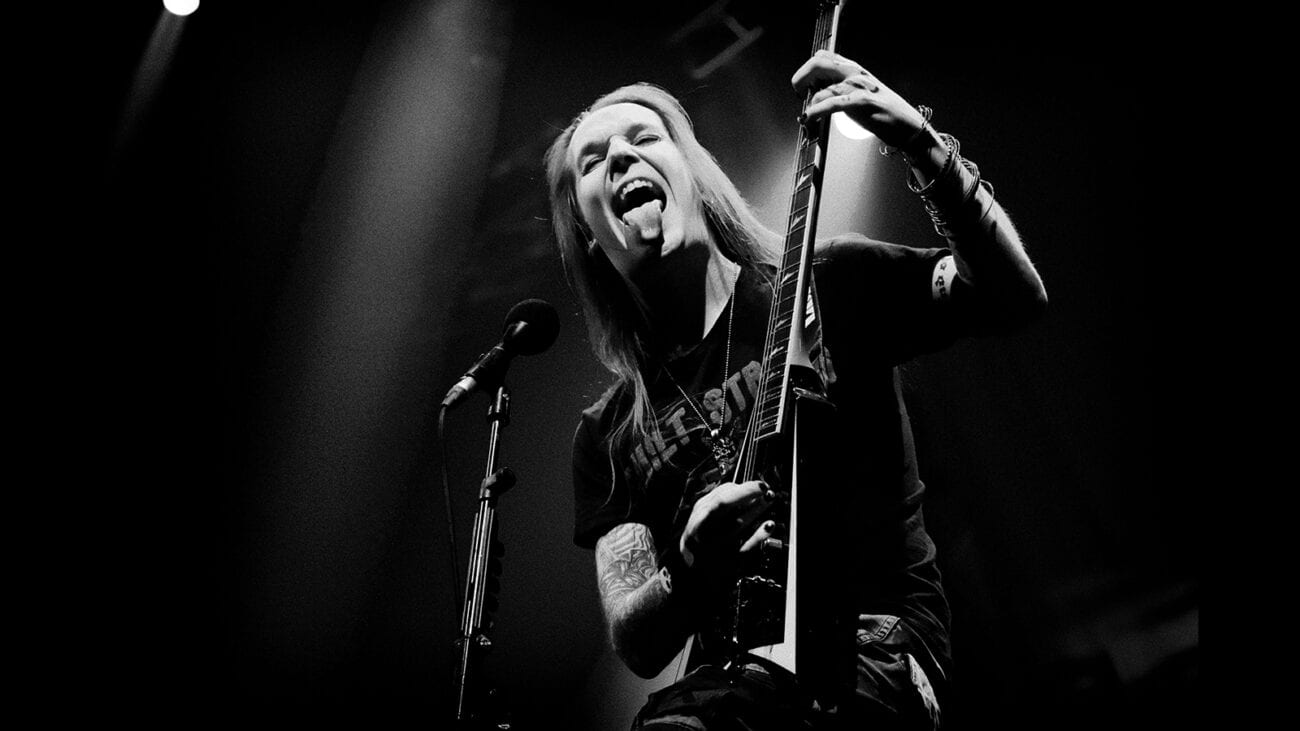 “Death be not proud, though some have called thee mighty and dreadful, for thou art not so.”

While this famous opener of a John Donne poem reminds most people of the English class, to metalheads, it’s the opener of one of the most well-crafted melodic metal albums in history. Children of Bodom’s Follow the Reaper was so memorable thanks to the neoclassical guitar melodies & talented playing of Alexi Laiho, who passed away on January 4th.

1 of the most renowned guitarists in the world, Alexi Laiho, has passed away. More than 25 years of friendship. We lost a brother. The world lost a phenomenal song writer and one of the greatest guitarists of all time. Memories and Alexi’s music will live forever.

Children of Bodom announced the sad news to fans on Twitter. Napalm Records, the band’s label, also released the following statement: “It is with heavy hearts and great sadness that we have to announce the passing of Alexi Laiho.” They released the statement on behalf of Bodom After Midnight, a supergroup Laiho formed last year. Bodom After Midnight’s work will be released posthumously.

Alexi Laiho died at the age of forty-one in his home in Helsinki. An announcement on Facebook revealed he had been suffering from long-term health issues for the last few years. “Alexi was the most loving and magnificent husband and father. Our hearts are eternally broken,” his wife, Kelli Wright-Laiho said.

Alexi Laiho was born in Espoo, Finland in 1979. He started playing music at a young age, starting with the violin when he was seven. He picked up his first guitar when he was eleven, and he reportedly knew he wanted to be a musician when he was upset that he couldn’t attend a Skid Row concert his sister was going to.

In 1993, Alexi Laiho formed Children of Bodom under the name IneartheD. They changed their name in 1997 and began releasing successful, masterfully crafted LPs. Children of Bodom performed together until their final concert in 2019. In that time, they sold over 250,000 records in Finland and became one of their country’s top-selling acts.

Given the nickname “Wildchild”, Alexi Laiho’s guitar playing could sound incredibly frenzied, but listen closer and you can hear some beautifully structured neoclassical chords & compositions in his melodic work. Thanks to his skilled playing, Alexei Laiho was voted “Best Guitarist” by readers of Guitar World magazine and earned many other accolades, including spots in “world’s top guitarist” lists.

“Rock in Power to my friend Alexi from @cobhc you are gone far too soon. My condolences to your big sister & family in Helsinki Finland 🙏 & your bandmates glad we got to share the stage @ our last Europe show @bcnrockfest say hi to your buddy Ralph Santolla for us #ToothGoneWild.”

Rock in Power to my friend Alexi from @cobhc you are gone far too soon. My condolences to your big sister & family in Helsinki Finland 🙏 & your bandmates glad we got to share the stage @ our last Europe show @bcnrockfest say hi to your buddy Ralph Santolla for us #ToothGoneWild pic.twitter.com/fekBehejgS

“Well I just want to thank Alexi for all the talent what an incredible guitar player. I was lucky enough to jam with Alexi at the House of Blues in Hollywood (RIP) when his band members told me to go tap him on the shoulder in the middle of a guitar solo, he was not amused! But then he turned around and saw it was me and gave me a big hug on stage, right in the middle of the song.”

So sorry to hear of the passing of Alexi Laiho of Children of Bodom. With his band he was part of a powerful movement that ushered in hi octane, intense Metal at its most brutal and beautiful. pic.twitter.com/cL8eWKbRBf

Steve Vai also released a statement about Alexi Vai’s passing, recalling the guitarist as “always respectful, personable, quiet and unassuming, but then you’d hear him play and you realize that embodied in that delicate frame was a fiercely confident and monstrous guitar commander of the highest order. Rock on young brother.”

Our hearts are with Alexi Laiho’s family, friends, and fans.