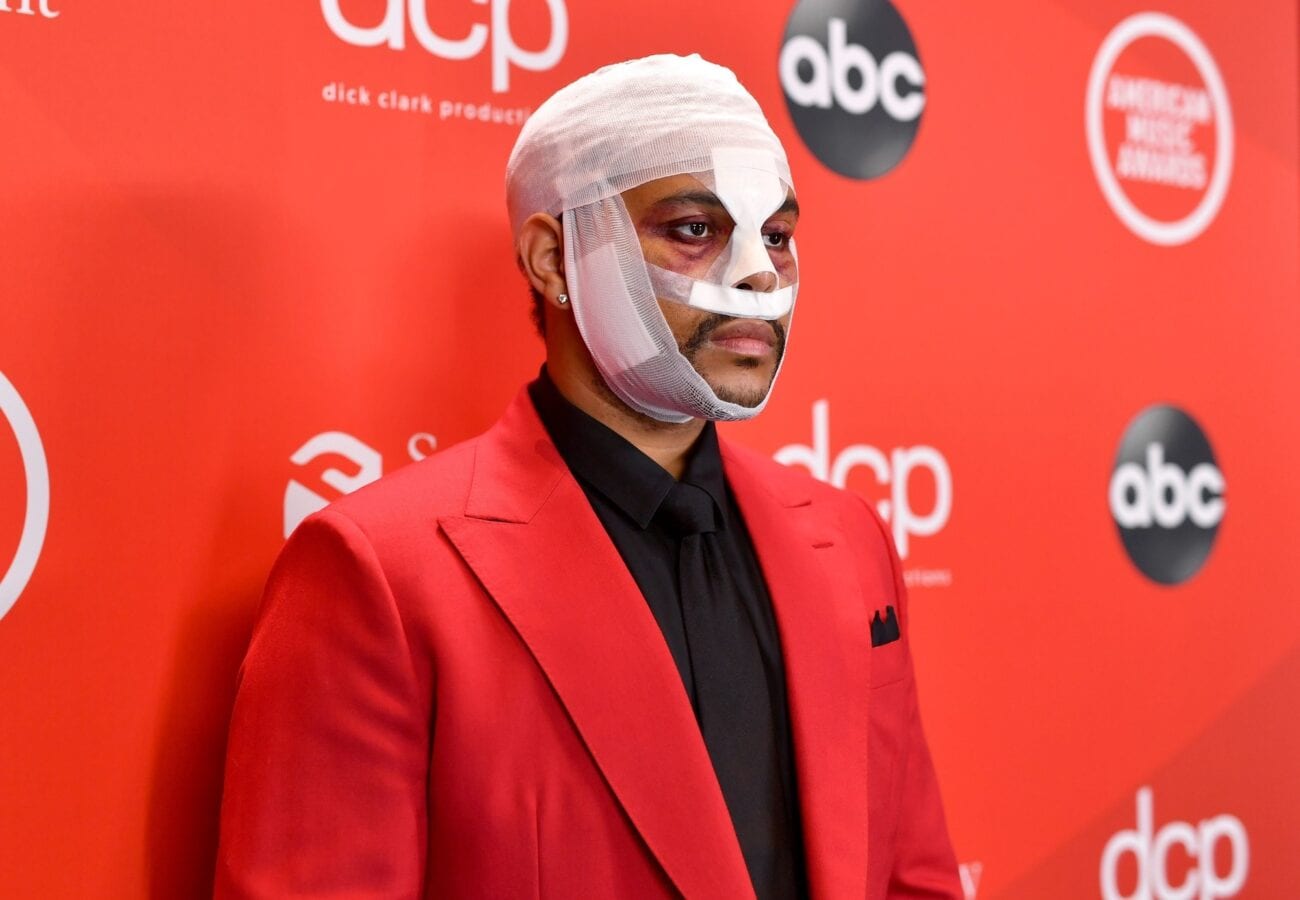 The Weeknd’s 2020 look: The best Twitter reactions to his beat up face

The Weeknd shocked audiences when he appeared at the 2020 American Music Awards’s red carpet with a face covered in bandages. Prior to this shocking arrival, he had a few bruises during an SNL performance & at the 2020 MTV VMAs, but the AMA red carpet’s full facial covering let us know some serious changes were being made to the artist’s moneymaker.

The wait is over and The Weeknd, AKA Abel Tesfaye, has taken off the bandages for all to see in his new music video “Save Your Tears,” that just premiered today. The Weeknd’s 2020 look is a lot like the year itself: extreme. Fans & haters alike have taken to twitter to share their thoughts on the artist’s new face. We’ve gathered some of the best reactions below.

Low-hanging fruit, maybe, but handsome Squidward is the ultimate reaction to any rigid jawline that makes viral waves across twitter. The Weeknd’s 2020 look is no exception, and there’s an uncanny resemblance to SpongeBob’s dapper neighbor.

Less flattering a comparison, however, is The Weeknd’s 2020 look to Jack Nicholson’s Joker. Before heartthrobs like Heath Ledger & Jared Leto took the part, Nicholson’s jarring plastic smile taunted Batman, and he doesn’t look too different from Abel in his new video.

Abel looks like handsome Squidward and the villain in The Mask 😭😭 pic.twitter.com/UnhhGLHrZx

Perhaps even less flattering than the Joker, the villain in The Mask has been used in comparison to The Weeknd’s new look. He may be evil, but look at that chiseled jaw!

Abel in the Save Your Tears MV be lookin real different pic.twitter.com/dNnAZhdTU9

Some Twitter users unearthed roasts from dusty time capsules to burn The Weeknd’s 2020 look. Michael Jackson has been dead for over ten years, but it didn’t stop some from bringing his final look back to mainstream relevance.

Stones to shade the Kardashians will never be left unturned, and some are heading right for the jugular of the famous family, using The Weeknd’s 2020 look as ammo. The princesses of plastic are no strangers to the knife, and we can only hope they’re applauding Abel’s new look.

abel needs to tell me what lip gloss he used cause gahhhdayum pic.twitter.com/R5TFPIBl8p

Flattery will get you everywhere

Say what you will about The Weeknd’s 2020 look, but dang are those lips shiny! Much of Twitter is questioning where Abel’s makeup artist is shopping, and when they can pick up a tube of his brand.

The Weeknd before and after plastic surgery 💉

Abel, we love you no matter what. pic.twitter.com/8eob05BrZm

The flattery of true Abel stans surpasses simply praising his new look; many took to Twitter to simply say The Weeknd will always have their love, regardless of any new 2020 look.

Abel?? This is not what I expected. I love it. 😭😭😭 pic.twitter.com/L0dhBgXUSR

Some people are genuinely into The Weeknd’s 2020 look and are sharing side by side pictures of before & after, proudly declaring that they are here for the new face of Abel!

Others went further than simply posting before & after pictures of The Weeknd’s 2020 look. Some dug up images from when Abel first appeared bloodied and gave us all a full transition with some creative titles.

If abel's videos have always been this incredible I can't wait to see the super bowl pic.twitter.com/fJoKQx6tUI

More than a face

The Weeknd’s 2020 look is almost an afterthought to some Twitter users, who were more blown away by the video in which it was revealed. Forget his new face, what’s he going to look like at The Superbowl?

Many twitter users ignored The Weeknd’s 2020 look altogether and only logged on to speak on how the new video addresses Abel’s recent Grammy snub.