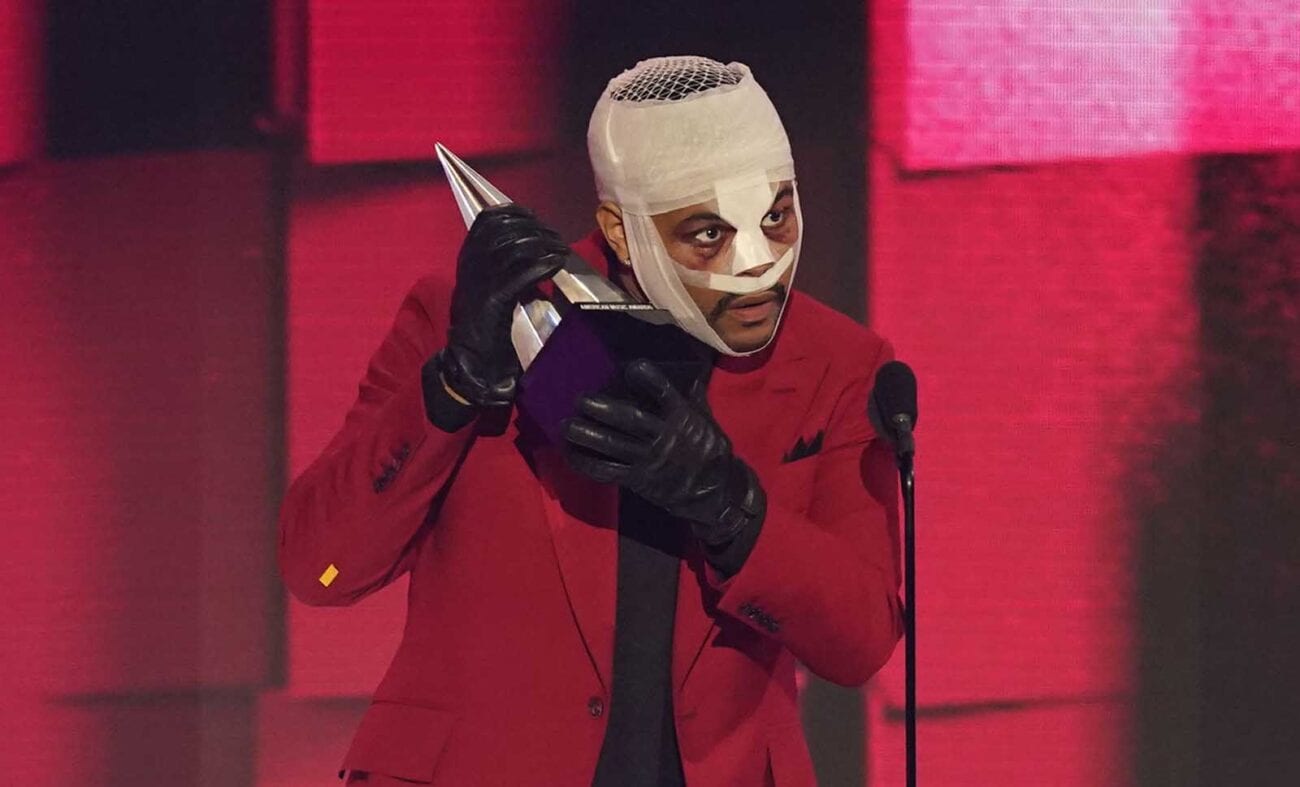 Blinding Lights or bandages? WTF is up with The Weeknd’s face?

It started all the way back in March, just as we were all settling into the idea of quarantines, social distancing and a whole new way of living life in America.

The Weeknd was the musical guest in a special edition of Saturday Night Live and his performance sent the internet into a bit of a frenzy. Sure, his renditions of “Blinding Lights” & “Scared to Live” were great, but what people were really worked up about was the singer’s bloody, beaten-up face.

The Weeknd’s newest album, After Hours, dropped later that month. The long-awaited release, as well as the short film that accompanied it, held the key to the mystery of The Weeknd’s appearance. Most people didn’t realize it though. 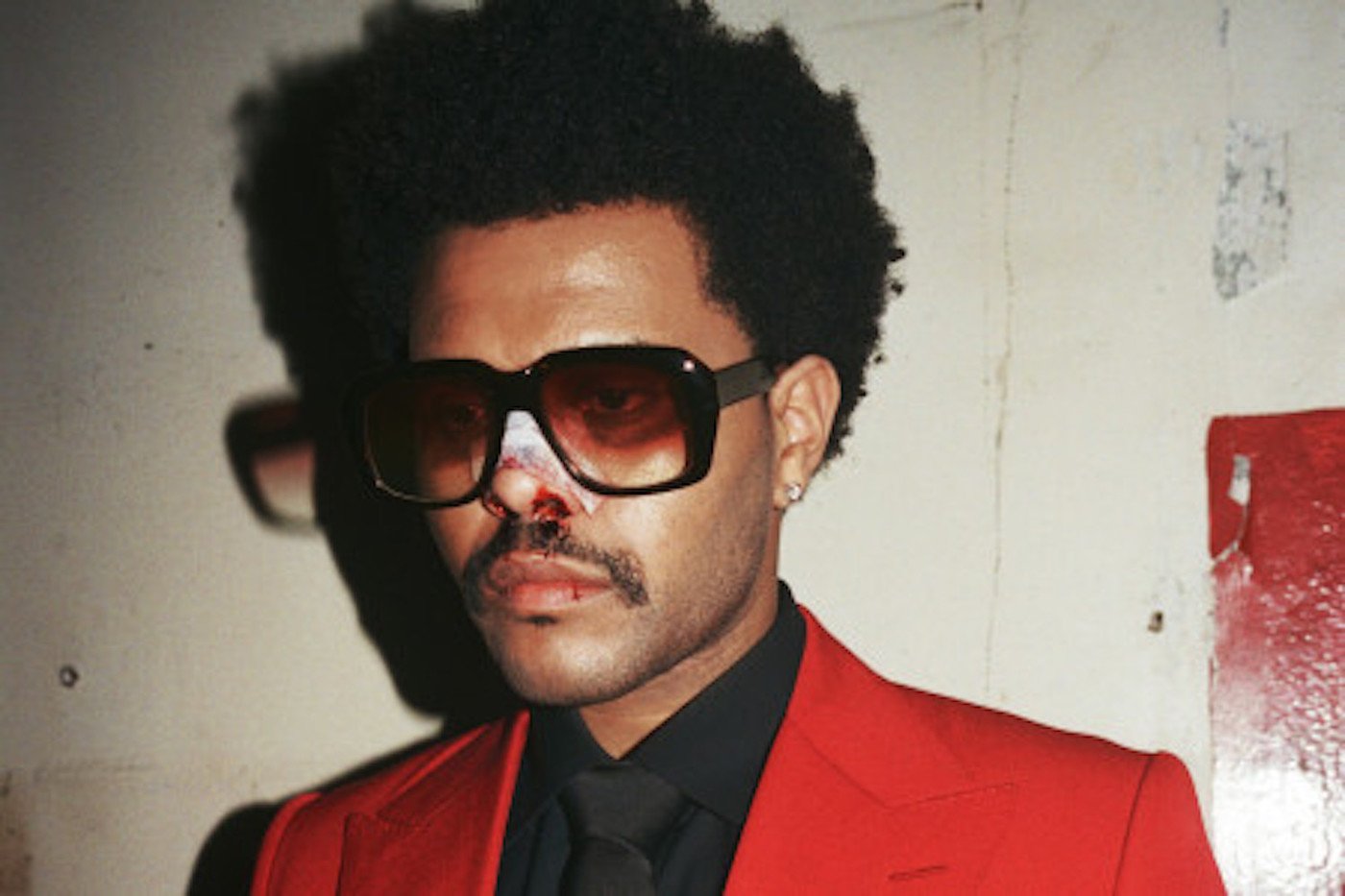 The SNL performance was just the opening salvo in The Weeknd’s bizarre promotional strategy for After Hours. A few months later, in August, the singer showed up in a similar fashion to the MTV Video Music Awards: red jacket, bloody face, bandaged nose. “Blinding Lights” won awards for Best Video & Best R&B Video but once again fans fretted at the sight of The Weeknd looking like someone had beaten him to a pulp.

The R&B superstar kicked things up a notch for his appearance at the American Music Awards in November. The bloody & bruised look had evolved into a fully bandaged face, making concerned speculators wonder if The Weeknd’s condition was deteriorating. At the same time, After Hours’s track record held strong, with it winning the award for Best Soul/R&B album among other honors.

The idea that The Weeknd could’ve sustained the same facial injuries time and again over nine months seemed a little far-fetched. Eventually, the media & the singer himself helped fandom put it all together, if they hadn’t already. The beaten-up look is meant to reference “Blinding Lights” and After Hours in a very visual way. 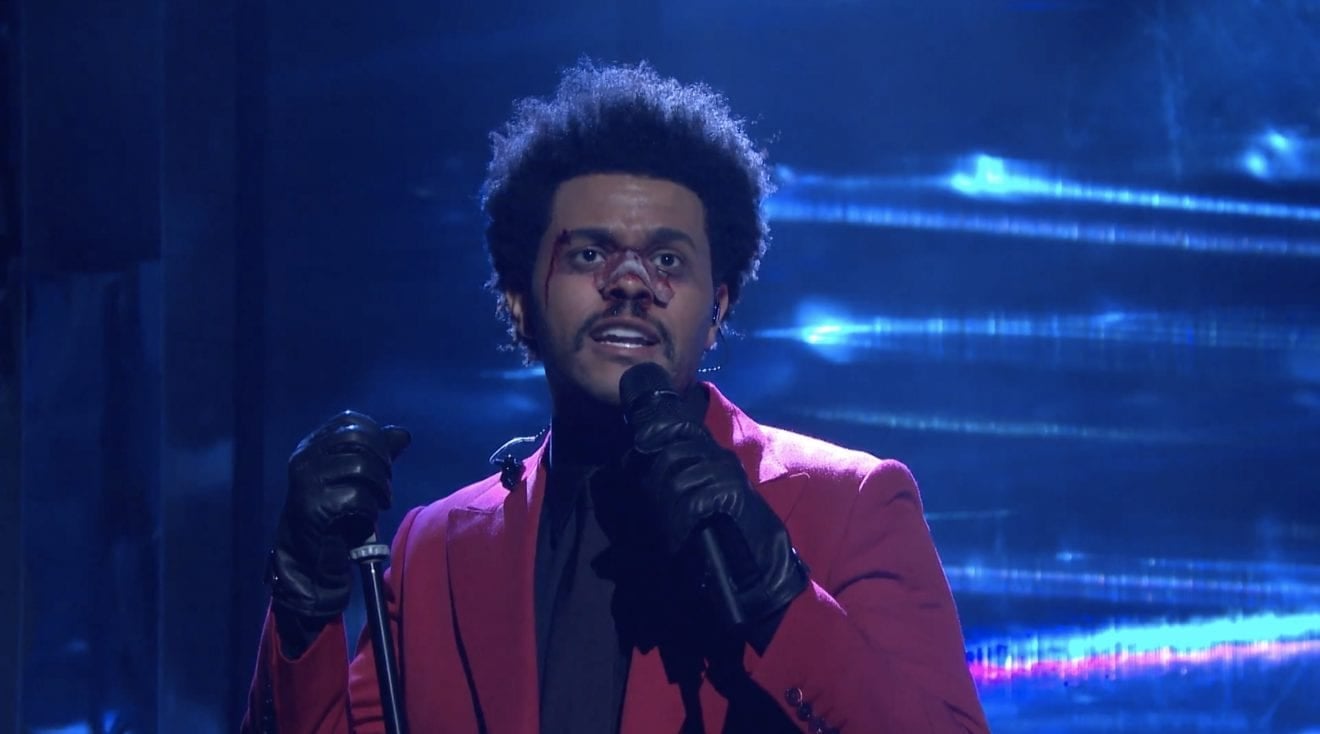 The first stop in the journey to understanding The Weeknd’s unnerving new aesthetic is the “Blinding Lights” music video. In it, we see the singer be mercilessly beaten by bouncers, drive drunk, and find himself bloody and worse for wear. Drunk driving is an important element in the story, as The Weeknd explained to Esquire in an August interview.

According to the singer, “Blinding Lights” is about “how you want to see someone at night, and you’re intoxicated, and you’re driving to this person and you’re just blinded by streetlights, but nothing could stop you, because you’re so lonely.” The message is dark & twisted but entirely of a piece with the way The Weeknd has been promoting the single and the entire album.

Even more significant to The Weeknd’s 2020 look is the After Hours short film, in which he walks around the city in what seems to be a thematic continuation of the “Blinding Lights” story. If you thought the music video was a grim experience, brace yourself for the short film, which culminates with The Weeknd murdering a couple in an elevator. Now that’s how you sell an album! 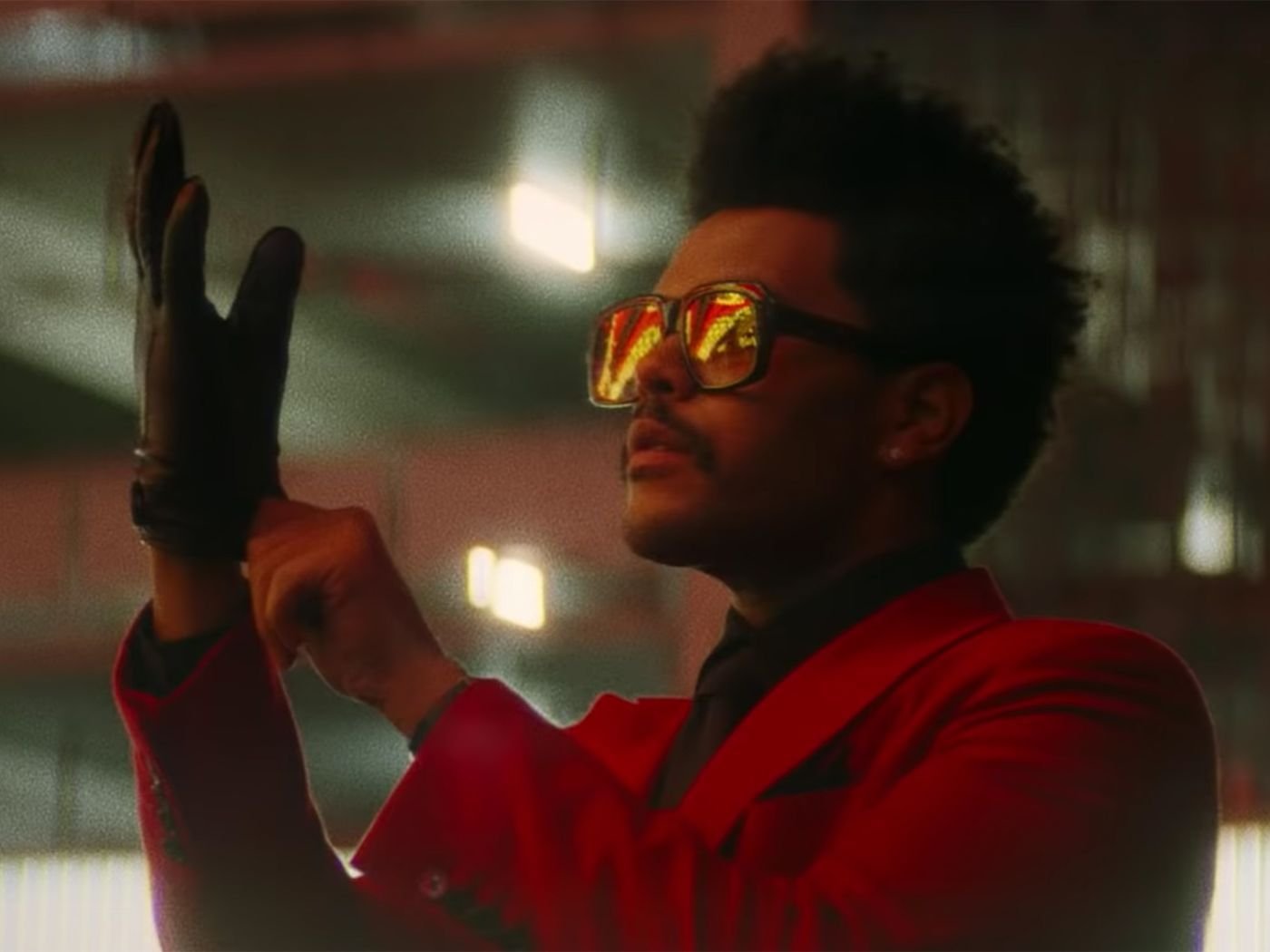 The Weeknd has always been a rather cinematic entertainer. His songs are full of movie references and his public persona increasingly feels like a movie character with little in common with his real self. A playful cameo in last year’s Adam Sandler movie Uncut Gems toyed with the perception of The Weeknd as a shameless hook-up artist, but the Esquire interview seems to confirm the singer is reserved and even shy in actuality.

Creating a whole new character and look to be associated with “Blinding Lights” and After Hours would seem to be the next logical step in this dichotomy between the artist and his art. With The Weeknd booked to deliver the goods at next year’s Super Bowl Half-time show, fans all over are wondering what that performance will look like.

Odds are, it will be a sight to behold. 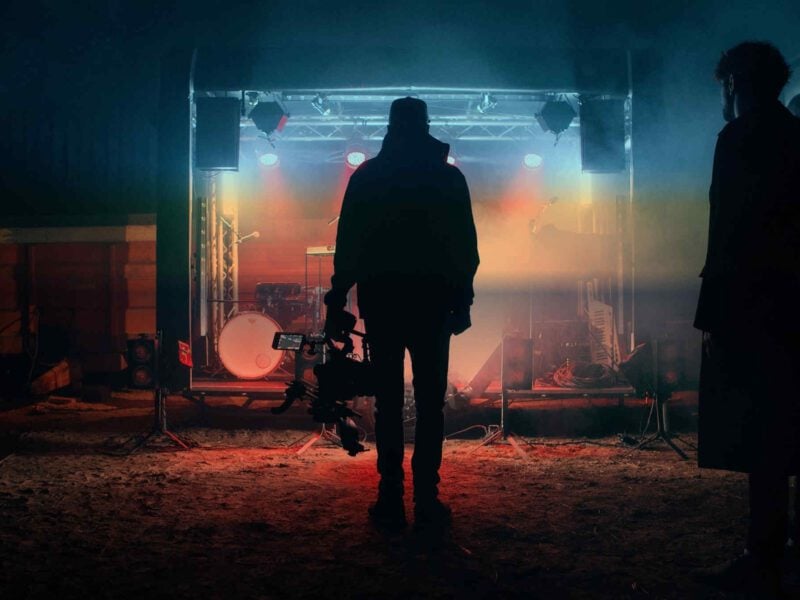 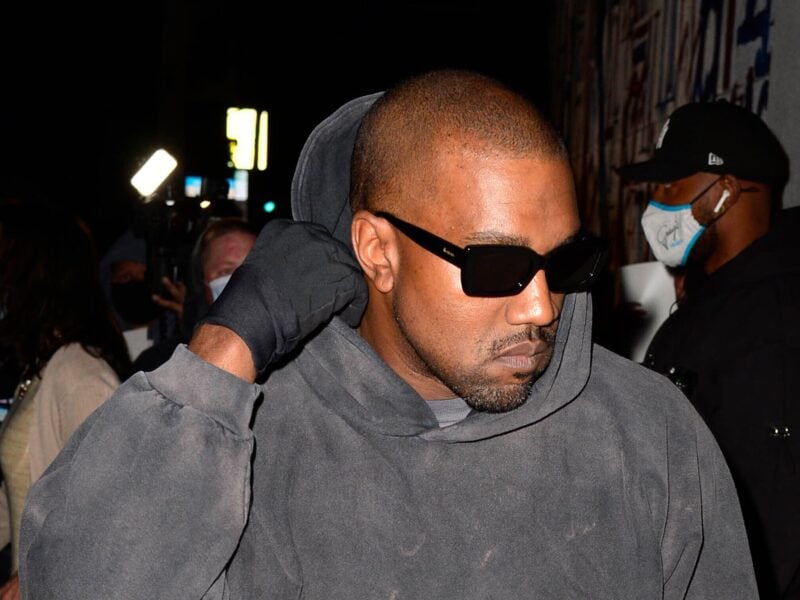