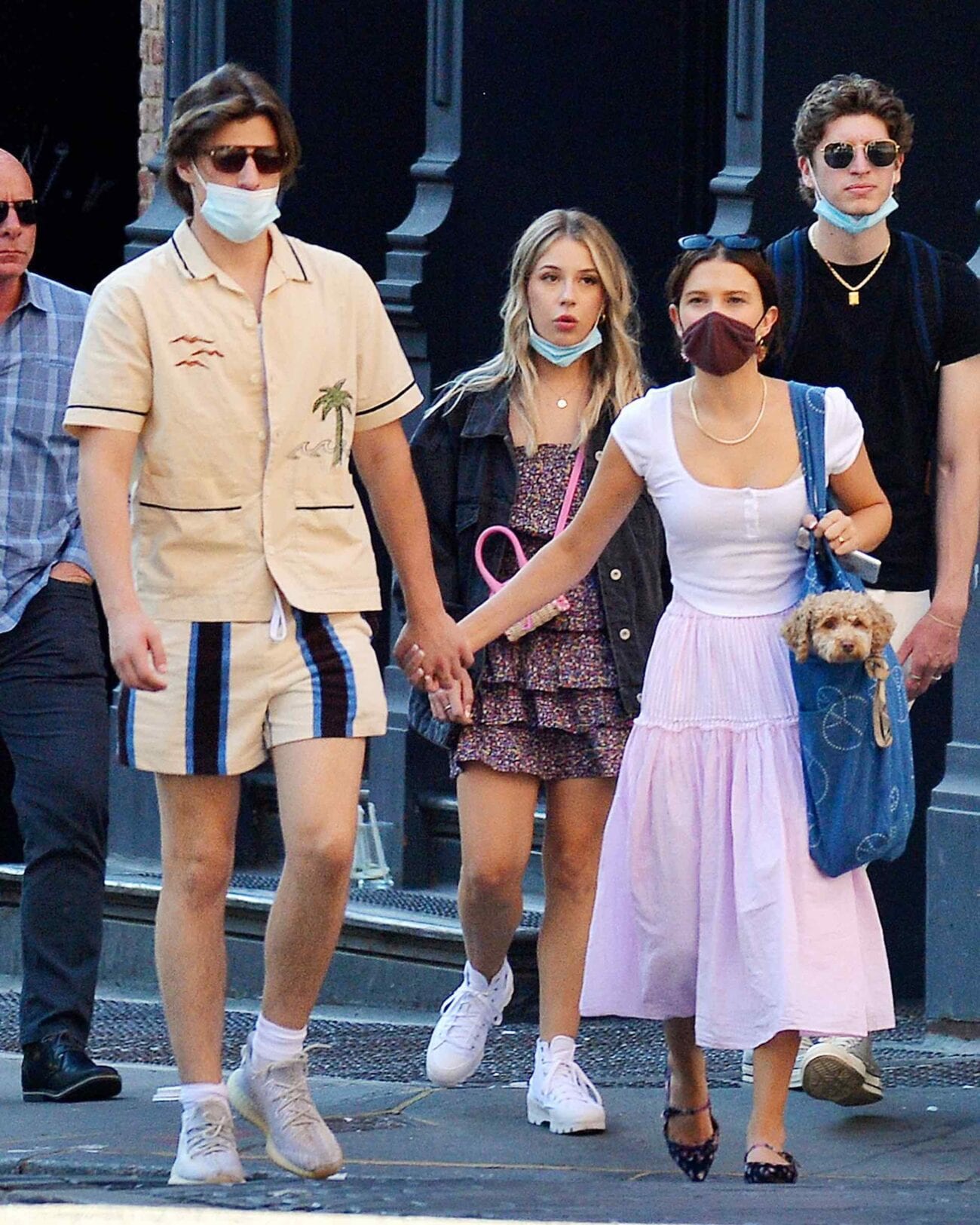 It doesn’t take a visit to the Upside Down to see that Millie Bobby Brown is officially off the market. Everyone is clamoring to know everything about the Stranger Things star’s new beau after a photo of them walking together in NYC was posted on June 17th, 2021 before the couple took their relationship public on June 19th, 2021.

The man accompanying one of our favorite Stranger Things actresses seems to be Millie Bobby Brown’s good friend, Jake Bongiovi. The two have become the next celebrity power couple despite their young ages and have the internet rallying around their new relationship status. 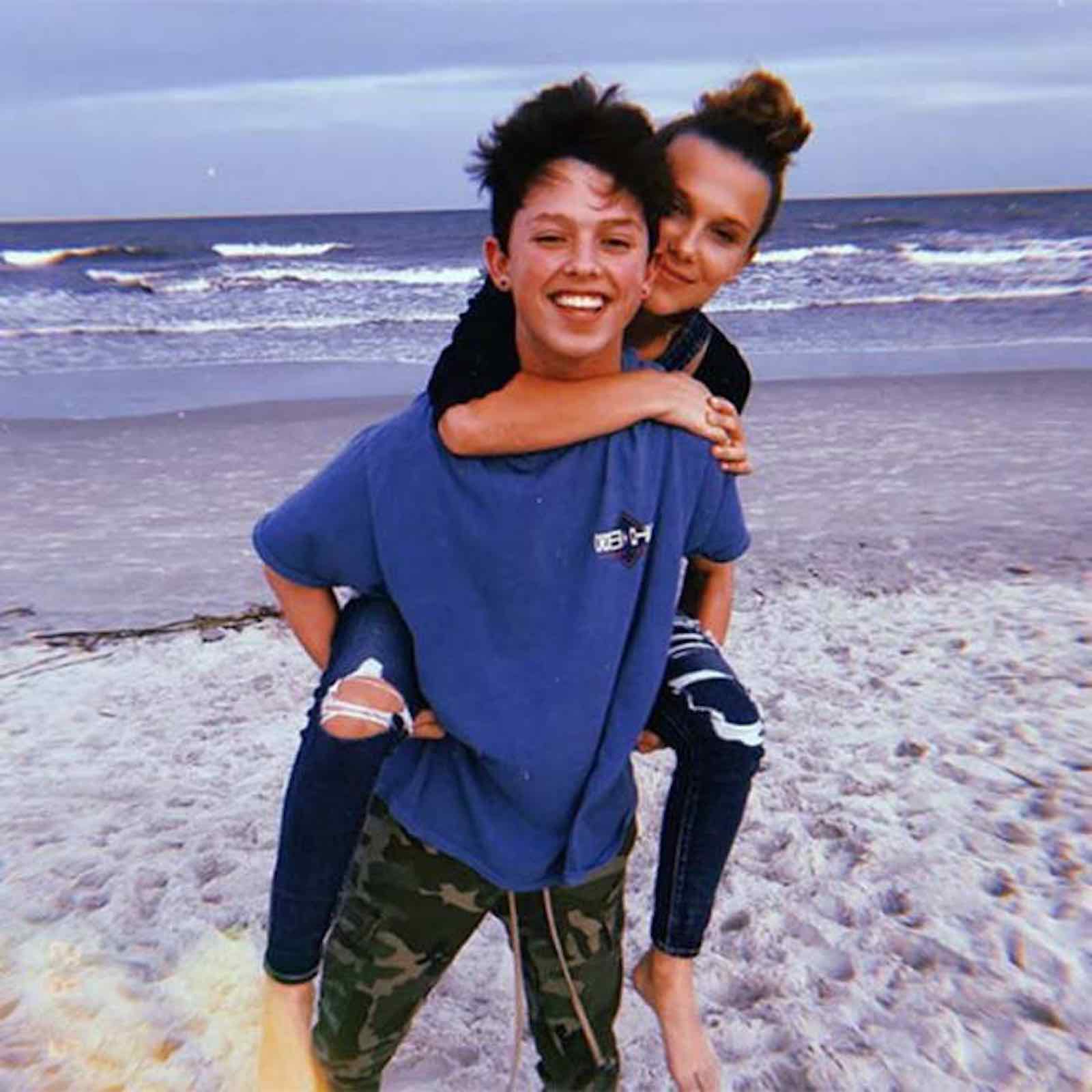 Not her first rodeo

This isn’t the first time Millie Bobby Brown’s love life has become a hot topic on the internet. Millie Bobby Brown, as her Stranger Things fame was climbing, dated TikTok star Jacob Sartorius for seven months in 2018. A statement from the couple’s Instagram stories explained the reason for their split quite simply: “The decision with Jacob and I was completely mutual. We are both happy and remaining friends.”

The two are apparently still on good terms, which is great since Millie Bobby Brown soon found new love in Joseph Robinson, son of famous English rugby player Jason Robinson. The two dated for ten months in 2019 before splitting due to scheduling conflicts and the numerous national lockdowns.

It seemed as if Millie’s love life was taking a backseat until recently, when rock legend Jon Bon Jovi shared a photo of  Brown and his son a few weeks before they went public with their relationship. Now that they have officially come out as a couple, everyone is dying to know just who Jake Bongiovi is. 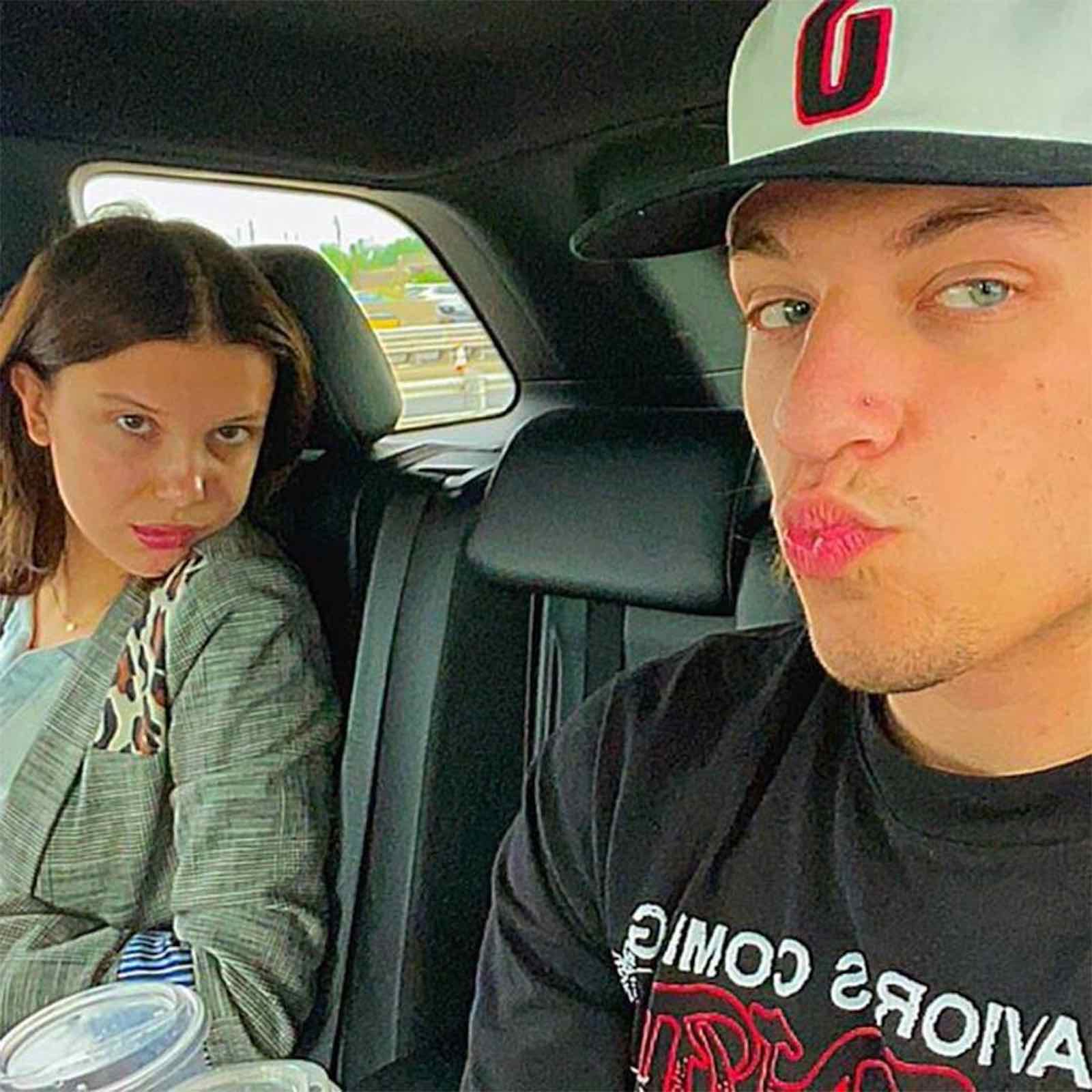 Welcome to the 80s

Jake Bongiovi is, obviously, the son of the rockstar Jon Bon Jovi, whose music is probably at the top of any 80s playlist. Jake is the youngest of the Bon Jovi bunch at nineteen years old, making him two years older than Millie Bobby Brown.

Jake Bongiovi has two brothers, Romeo & Jesse, and a sister, Stephanie. Despite his famous father, his Instagram is very limited, with only seventeen posts including the photo of him and Millie Bobby Brown that has sent the internet spiraling.

The post was made on June 3rd, but even then most had already guessed the nature of their relationship due to the adorable back and forth exchange in the comments, each calling the other their “BFF”. Obviously, Twitter has a lot to say about this new power couple.

my boyfriend is millie bobby brown

Many Twitter users have a lot to say about the news of Millie Bobby Brown officially being off the market as well as her new boyfriend. These reactions include:

Millie Bobby Brown Steps Out With Jon Bon Jovi's Son Jake Bongiovi Amid Romance Rumors When '80s worlds collide: Eleven from Stranger Things may have a new boyfriend whose name may sound rather familiar. Don't tell Chief Hopper…where ever he is. On Thursday, June…

Hopper is probably practicing his shooting skills in the back . . .

Nope because she’s no longer single, so you’re fine!

Just saw some photos of Millie Bobby Brown with her boyfriend and people in the comments were concerned because of the age difference……. he's 2 years older.

Omg! he looks like his papa! Good for her!

What are your thoughts on Stranger Things star Millie Bobby Brown’s new boyfriend? Drop them below in the comments before the Demogorgon gets us!