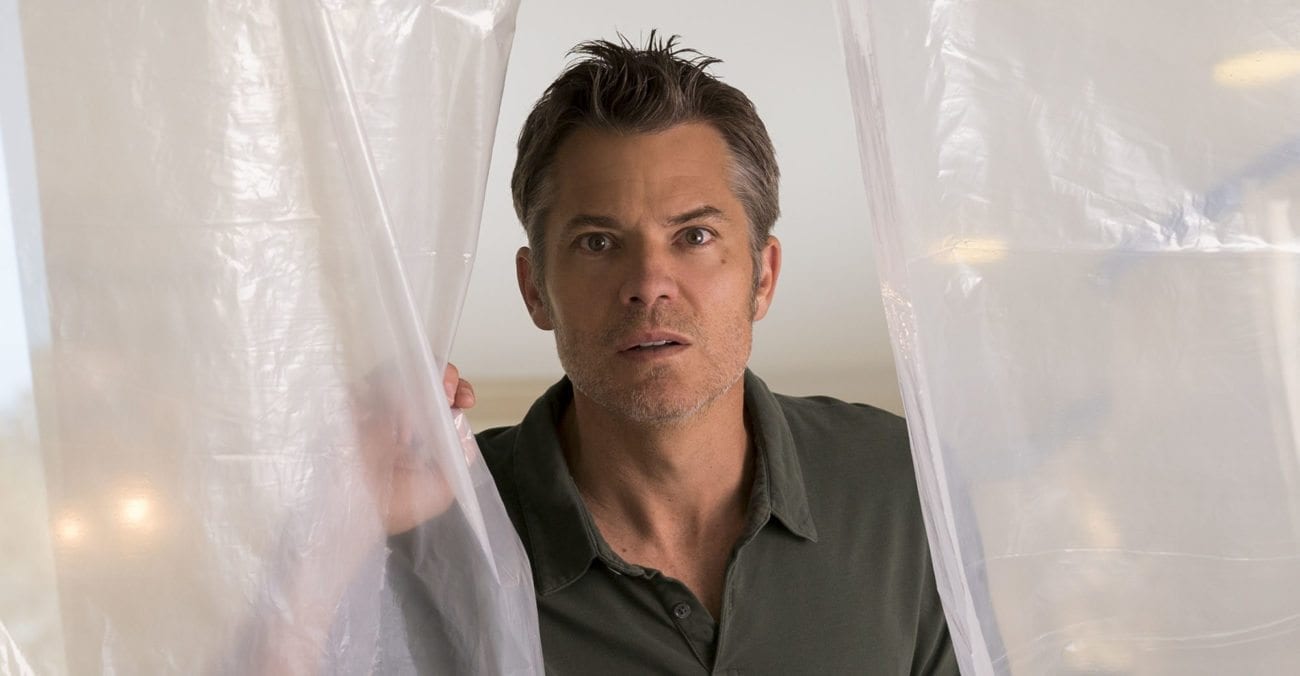 Netflix n’ Chill this March: All the shows and movies to get excited about

You might want to hold off on making too many plans for the month ahead, because the latest shows and movies coming to Netflix in March have been announced and the list is stacked full of binge-worthy picks. As well as the usual pack of classic & cult movies, the list also boasts an impressive number of Netflix Original movies and TV shows you’ll be gagging to watch the second they’re available. Here are 18 choice picks to add to your watch list and mark down in your calendar.

The 90s cult movie about a pair of sociopathic semi-incestuous step siblings stars Reese Witherspoon (Walk the Line), Sarah Michelle Gellar (Buffy the Vampire Slayer), Ryan Phillippe (Crash), and Selma Blair (Hellboy). Everyone chews the hell out of the scenery in this teenage filth fest and it’s still a campy delight to revisit.

Neil Marshall’s highly-regarded horror is considered to be one of the scariest ever made – and for good reason. Following an all-female caving expedition which goes horribly wrong, the movie is tense, claustrophobic, and features one of the most harrowing jump scares in horror history.

Joel Edgerton’s horrifying thriller bounds with unexpected tension and sickening twists. The writer & director stars alongside Jason Bateman (Arrested Development) and Rebecca Hall (Christine) as a young married couple whose lives are suddenly thrown into chaos thanks to an unwelcome visit from an old friend.

As if you need us to explain this one! Treat yourself to a duvet day, buy all the pizza on the planet, and bust some ghosts with Bill Murray (Lost in Translation), Dan Aykroyd (The Blues Brothers), Harold Ramis, and Ernie Hudson. Who you gonna call?

This Netflix Original docuseries about a maximum security facility for young, female offenders looks set to explore the lives of inmates and how their pasts have led them to their present.

Another Netflix Original docuseries follows cops in Michigan over a two year period as they grapple with an increasingly volatile culture in untenable conditions.

TV’s most ferocious, heavy-drinking female superhero returns for the highly-anticipated second season of the show. If trailers are to be believed, it seems Kilgrave (David Tennant) might not be done playing mind games with Jessica (Krysten Ritter). But wait, isn’t he dead? Find out on March 8, superhero fans!

The third and final season of Lesley Arfin and Judd Apatow’s romantic dramedy asks will they, won’t they, should they? Say goodbye to Mickey (Gillian Jacobs) & Gus (Paul Rust) and discover whether they dare to give their relationship a real shot when the new season premieres.

The third instalment of Netflix’s cult Japanese reality show opens it doors to audiences and will introduce a whole new set of guys & girls navigating life, love, and careers in a big city.

On My Block is set in inner-city Los Angeles and concentrates on young characters who aren’t white, rich, and deeply affected by their surroundings.

The second season of what is currently one of TV’s best and goriest sitcoms looks to be even funnier than the first. Undead wife Sheila (Drew Barrymore) and nervous husband Joel (Timothy Olyphant) have a lot to learn about life, death, and murder when the show enjoys its welcome return.

Best friends Alexa (Paris Berelc) and Katie (Isabel May) face the challenges of freshman year together. But there’s one other major challenge overshadowing their lives: Alexa has cancer. The series looks to be the sort of heartwarming, platonic love story you might want to enjoy with your very own Alexa or Katie.

Starring the Workaholics boys – Adam Devine, Anders Holm, and Blake Anderson – Game Over, Man! offers a fun-looking riff on Die Hard. Three friends have to save a rich benefactor from a group of terrorists who are holding them hostage in a hotel. Somehow pop-star Shaggy is also involved in the whole thing, because why the hell not?

The second season of Netflix’s adaptation of Lemony Snicket’s frightful book series is finally here! The show returns with murder, kidnapping, high fashion, and ravenous lions, with Neil Patrick Harris (How I Met Your Mother) continuing his delightful performance as Count Olaf.

Jared Stern’s Netflix Original comedy boasts a fun cast including Ben Schwartz (Parks and Recreation), Annie Potts (Pretty in Pink), Rahul Kohli (iZombie), and Joe Pantoliano (Memento), following a couple on their three-year anniversary as they debate whether to bother staying together.