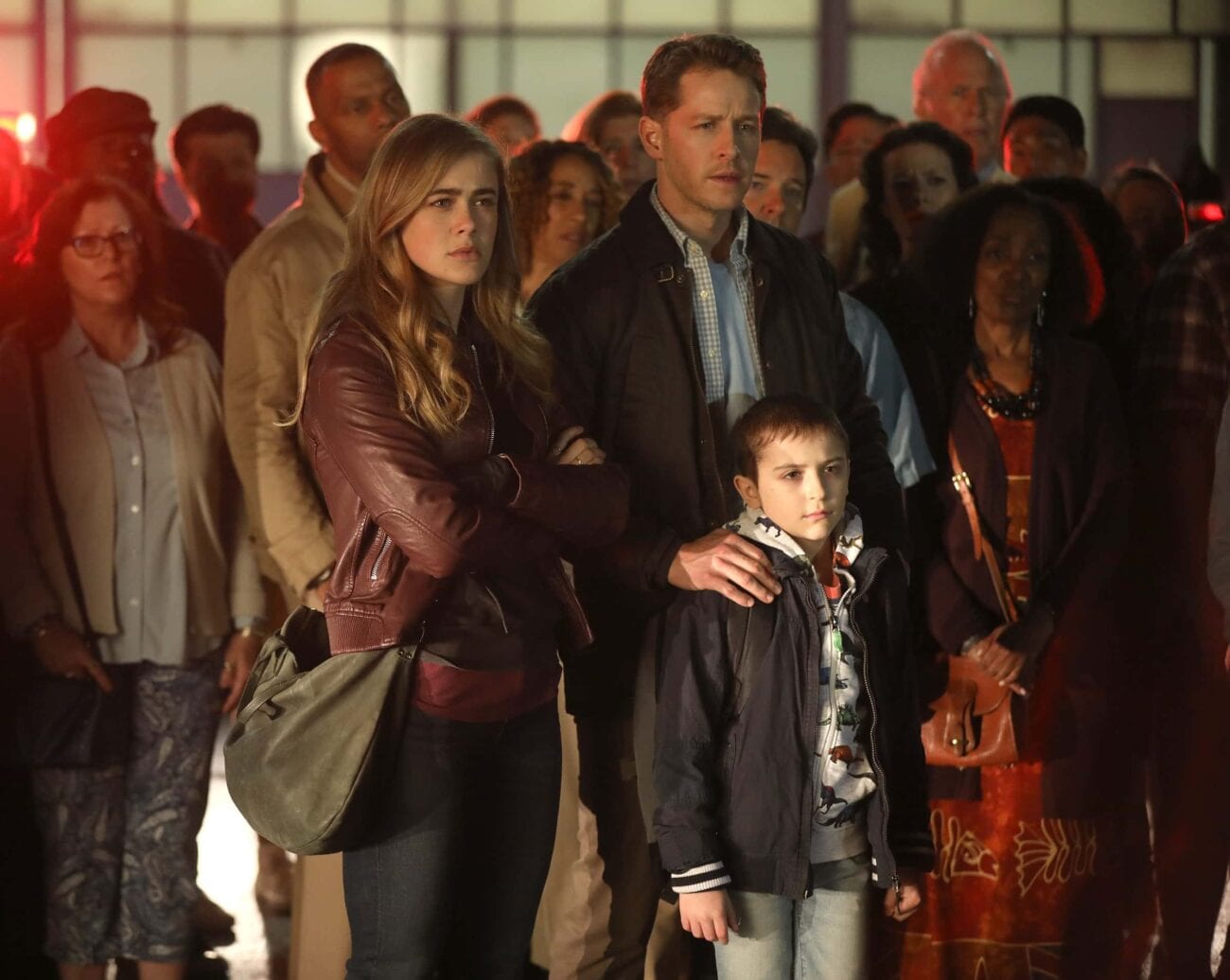 The 828ers can’t catch a break, can they? First they’re presumed dead, now their show might be coming to a premature end – with half their story still needing to be told! It’s a tough spot for Manifest fans, waking up today to read quotes about the show’s cancellation by NBC. But is this really it? Or can Manifest pull a surprising last minute save, beating the odds the same way its characters did?

The survivors of the mysterious Montego Air Flight 828 have a passionate fanbase. So don’t be surprised to see #SaveManifest trending online, along with plenty of Manifest quotes all over your social media feeds. In fact, to help you prepare, let us share some of our favorite Manifest quotes as we look over the news of the show’s untimely demise.

I’m devastated by NBC’s decision to cancel us. That we’ve been shut down in the middle is a gut punch to say the least. Hoping to find a new home. You the fans deserve an ending to your story. Thanks for the love shown to me, cast, and crew. #savemanifest

“If we have zero control over what we do, then what was the point of us coming back in the first place?”

Manifest first hit our screens on September 24th, 2018. The supernatural drama from Jeff Rake was hailed by some as a spiritual successor to Lost – quite the shoes to fill. And yet, we can totally see it: a group of people suddenly skip five years of their lives while on a flight? That’s the type of high-concept that will take you places if executed properly.

Originally, it looked like Manifest was going to fulfill the expectations set upon it by its network. The show did really well ratings-wise during its first season, as audiences grew intrigued by the adventures of the Stones – the family at the center of the show – and the other survivors from 828. Unfortunately, season 2 saw a steady decline in ratings, and Manifest juuuuuuuuuuust had enough pull to get a third season.

“Whatever we’re meant to save the passengers from, it’s coming. It’s violent.”

To be fair, season 3 ratings for Manifest were better than other shows “in the bubble” for NBC (averaging around 3 million viewers). But that wasn’t enough to stop the show from getting the axe. It didn’t matter that the season 3 finale ended with two massive cliffhangers, killing a major character and considerably aging another one. NBC pulled the plug anyway.

Manifest was sold to NBC with a six-season plan already mapped out by its creator. Clearly, Jeff Rake and his team didn’t expect the show to get cancelled at the end of the current season – or maybe they decided to take a chance and not compromise the story as originally conceived. Whatever the case, the ending we currently have for Manifest doesn’t even work as a finale of any kind.

It’s been like three days and #Manifest has been trending at no. 1 on #Netflix in Canada … please pick it up @netflix #SaveManifest pic.twitter.com/Sp87SsXOAr

“Don’t waste your miracle on pain. You deserve better.”

The idea of Manifest being rescued from the fiery pit of cancellation isn’t too far-fetched. The first two seasons of the show made their big Netflix debut just a few days ago, on June 10th, and quickly shot up to the #1 spot on the platform’s charts. It makes sense: it’s a good serialized story to binge, and it wouldn’t be the first time that a low-rated TV show has found a new audience on Netflix.

It also wouldn’t be the first time Netflix has taken a chance on picking up a cancelled show – if they decided to give Manifest a hand (and a fourth season). Arrested Development, The Last Kingdom, You, Lucifer . . . odds are you’ve watched at least one TV series that has been saved by Netflix at some point. Jeff Rake is clearly open to the idea of moving Manifest to a new home, so dots are there to be connected.

For WB, my partners and champions.

For cast, writers, and crew. We did this together. In a pandemic.

And of course for you, old fans and new.

“Love is never something to feel guilty about. It’s a blessing.”

Manifest is the third show to be cancelled out of NBC’s four current bubble shows. Debris and Zoey’s Extraordinary Playlist have also gotten the much-dreaded news this season. That leaves Good Girls as the only bubble show standing, and while most insiders seem to believe the show will likely be renewed, this industry has a knack for pulling the rug from under you. Just ask all those Manifesters online.

Still, if you’re a glass-half-full kind of person, you can probably see how three seasons are better than two, and they’re most certainly better than none. For all the disappointment of Manifest’s cancellation, even Jeff Rake has found some time to express his gratitude online. We all got to enjoy Ben, Michaela, Saanvi, Vance, Zeke, and everyone else’s journeys for forty-two episodes. No one can take that away.

Are you joining the #SaveManifest movement? What are your favorite Manifest quotes? Let us know in the comments!