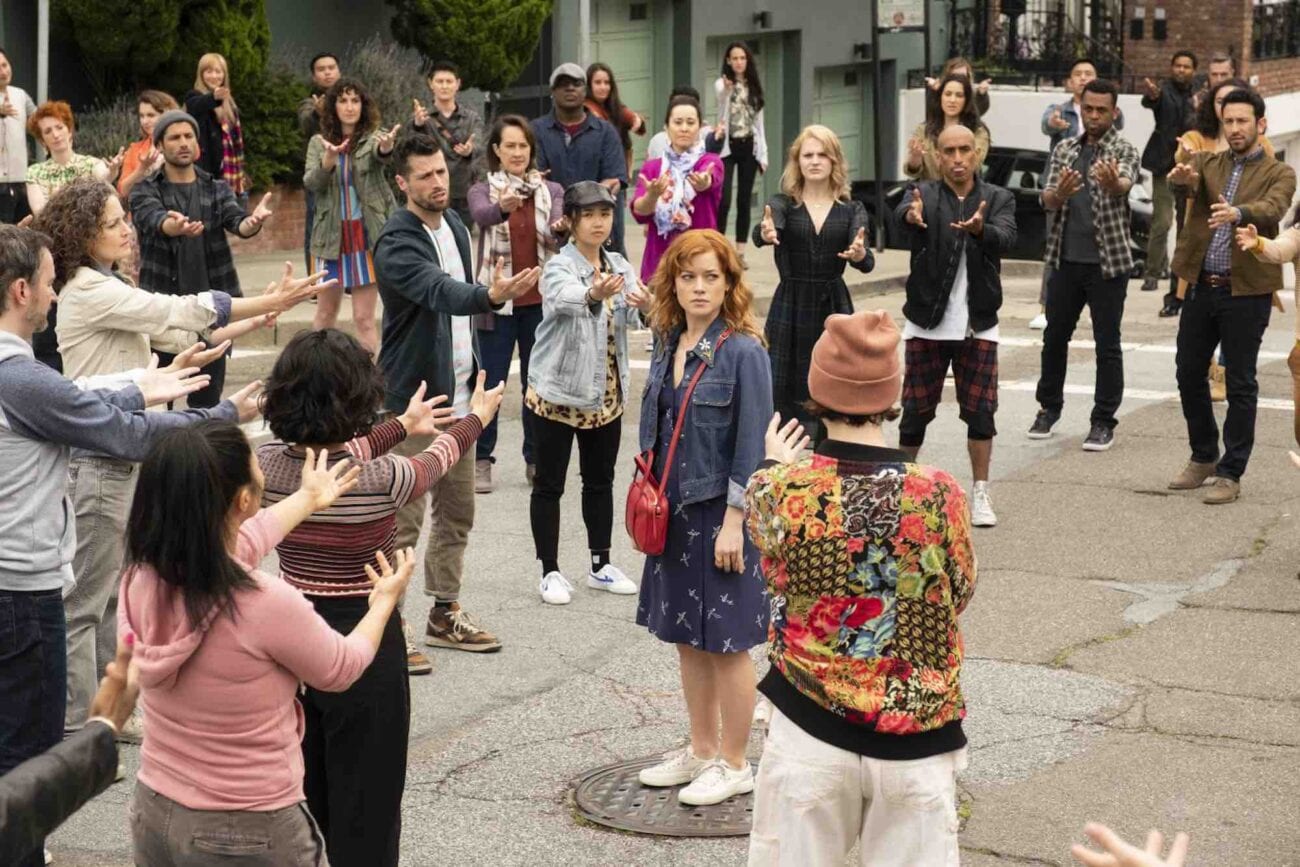 One of the great casualties of the 2020-2021 television season is NBC’s musical dramedy Zoey’s Extraordinary Playlist. The cancelled series was definitely a shocker for fans & critics. Though, naturally, there are campaigns underway to get Zoey’s Extraordinary Playlist saved from the pile of cancelled series and given new life elsewhere. Will it work? Time will tell.

In Zoey’s Extraordinary Playlist, Zoey (Jane Levy) is given the ability to hear people’s innermost thoughts as song & dance routines after an earthquake struck while she was in an MRI. Just go with it, people. The series also stars Skylar Astin, Alex Newell, John Clarence Stewart, and Mary Steenburgen. While the series did get low ratings in season 2, the critical acclaim & attention should have kept it on the air.

Because, let’s be real, it’s hard to find a good television series that isn’t steeped in violence in some way. Sure, Breaking Bad is considered to be the greatest series ever, but, also, it’s dark. Zoey’s Extraordinary Playlist tackled heavy issues and wasn’t afraid to do so, but it still remembered to love and prop up its characters rather than have things be teared down. 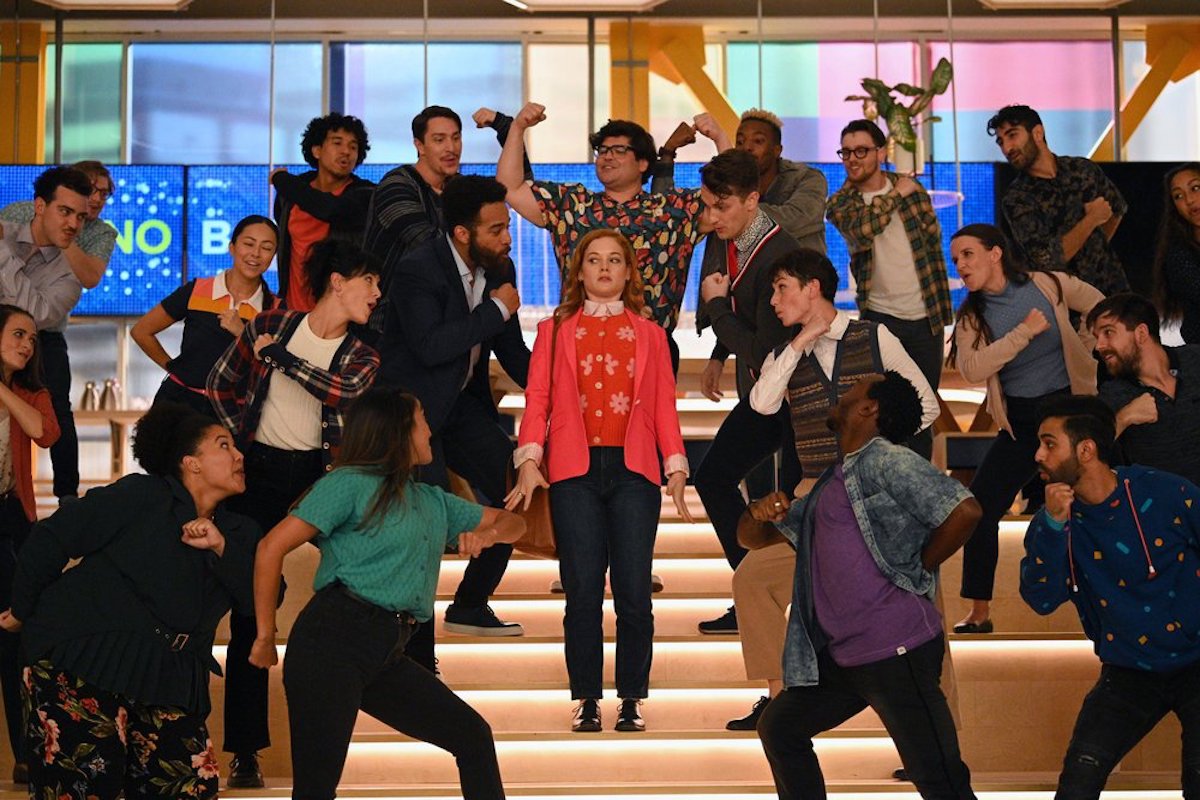 Does NBC prefer violence over love?

Zoey’s Extraordinary Playlist star Jane Levy said to VanityFair.com that NBC needed a show “about love” when most of its line-up is about “guns and crimes”. “I’m sorry, but I have to say this: I look at the new NBC lineup, and it’s like, ‘Okay, we could watch a lot of shows about crime and guns.” She’s not wrong, either. NBC has Law & Order, Chicago franchise, Good Girls, etc. There’s a lot of crime on the network.

Levy added, “Our show is about love. It’s a real shame to take that off the air. I feel like it’s the wrong move.” While NBC does have series such as This is Us. Most of its true feel-good series like The Good Place and Superstore are off the air. And a void needed to be filled, especially with Zoey’s Extraordinary Playlist getting cancelled. Because it was very lovely.

And, well, the news did come out of nowhere. The cast & crew assumed that season 3 of Zoey’s Extraordinary Playlist would be moved over to NBCUniversal’s streaming service, Peacock, for its season 3. Levy recalled putting her stuff in storage, “I was like, ‘Of course we’re coming back.’…Last Friday it seemed like it was a green light. And then Monday morning it was a red light.” 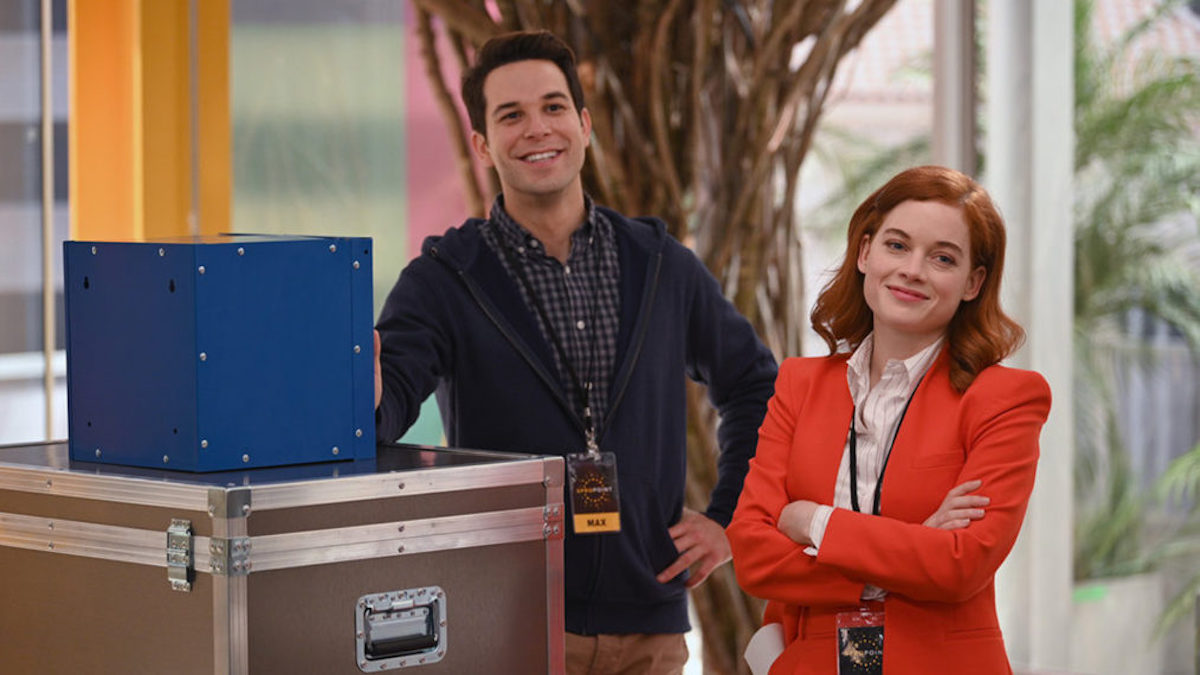 Could Zoey’s Extraordinary Playlist get renewed?

It’s possible. Never say never in this television landscape. Saved shows like Lucifer and Sanditon are leading the way for networks or streamers to scoop up a cancelled series for their own. Lionsgate Television, who produced Zoey’s Extraordinary Playlist, is shopping around the series to other networks & streamers. What they need to see, however, is fan interest.

Basically, they want to know that they can get the eyeballs coming to their network/streamer. Based on what we know about Zoey’s Extraordinary Playlist, we’re going to get that it will be a streaming service to pick up the series most likely. Though if we had to pick a network? Maybe, The CW? It has a young cast and, well, that network has the most singing on it.

Ultimately, it’s the fans of Zoey’s Extraordinary Playlist who are going to have to help save the beloved series. Between fan interest and critical acclaim, it would be too tempting an offering for someone, anyone, out there to ignore and not save it from the pile of cancelled television series. Tweet everywhere! Sign a petition! Show your interest! Let’s get Zoey’s Extraordinary Playlist back on the air!