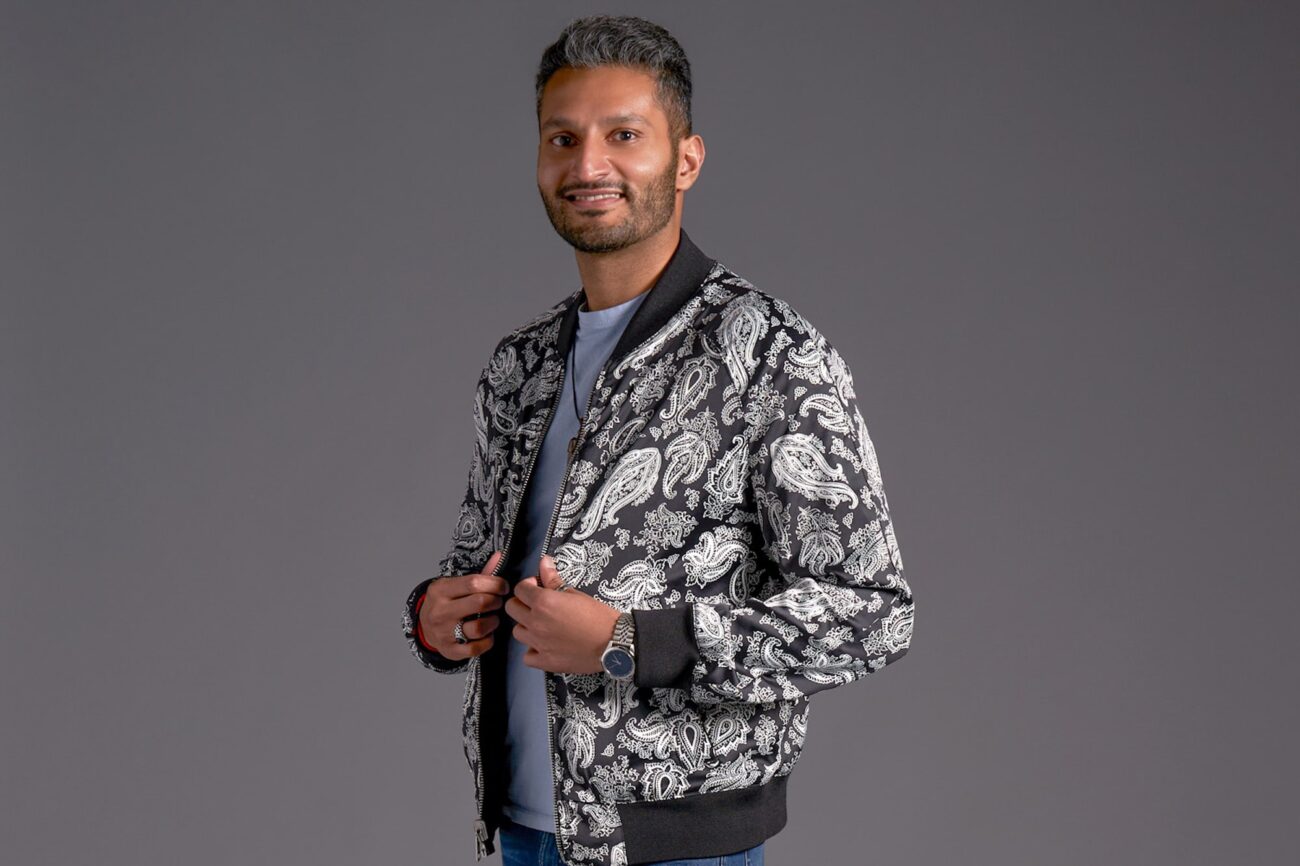 In the generation of dating apps & superficial connections, falling in love through a wall may not sound like a bad idea. *Enter in* Love is Blind, the Netflix series that follows fifteen men & women from the same city embarking on the chance to find true love. The participants date each through a wall for ten days, hoping to find a life partner, sight unseen.

It’s a social experiment for people to fall in love and find their spouses based purely on their personalities. However, every dating approach has its ups & downs.

In the second season, veterinarian bachelor Abishek Chatterjee AKA ‘Shake’, shows the world just how nauseating the dating world can truly be – even through a wall. So let’s take some time to laugh at Shake’s cringiest quotes of all time. 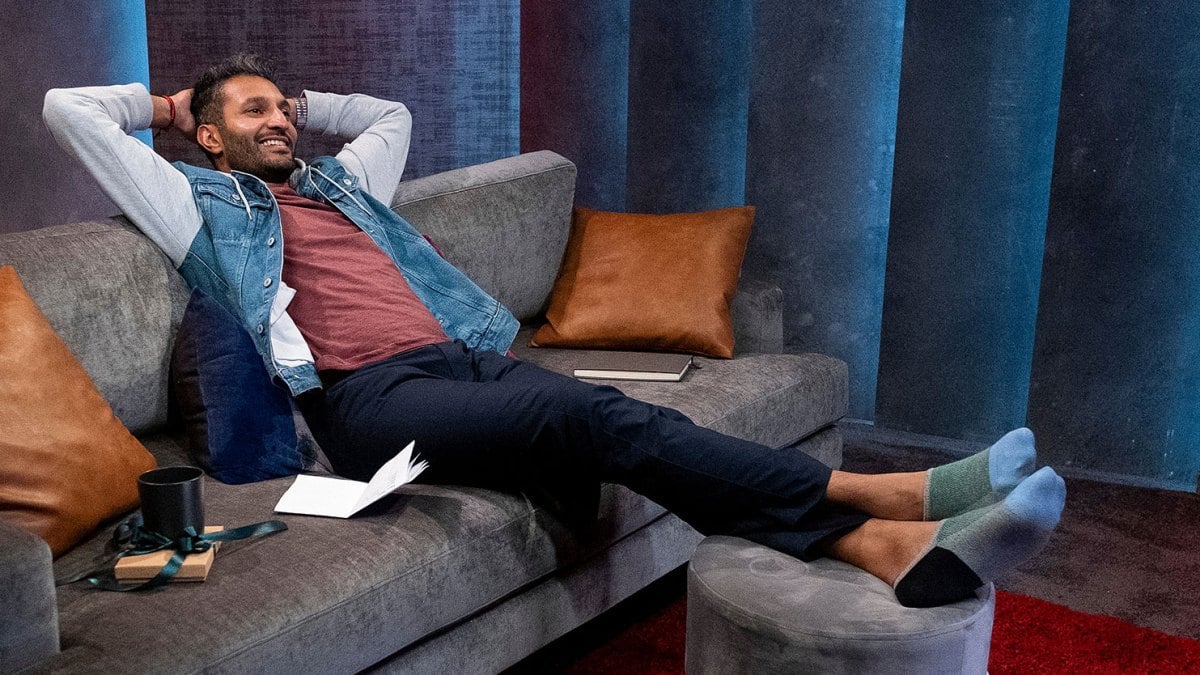 The pods are open!

In the initial episode of Love is Blind season 2, there’s a montage of Shake’s most cringiest questions when dating in the pods. As we all know, the purpose of the experiment is to connect emotionally, not physically, but it seems like Shake didn’t get the memo.

Here are some quotes Love is Blind aired during Shake’s dating experience in the pods. First, Shake asks Malory if she’s Latina, to which she responds, “I’m half.” Then, he excitedly says, “Latina vibes over there!” Malory covers her face and says, “oh my god,” out of Shake’s pure ridiculousness.

Shake is not shy about what he wants. He’s thirty-two years old, but that didn’t stop him from telling a thirty-three-year-old woman that he would prefer if she were “younger.” 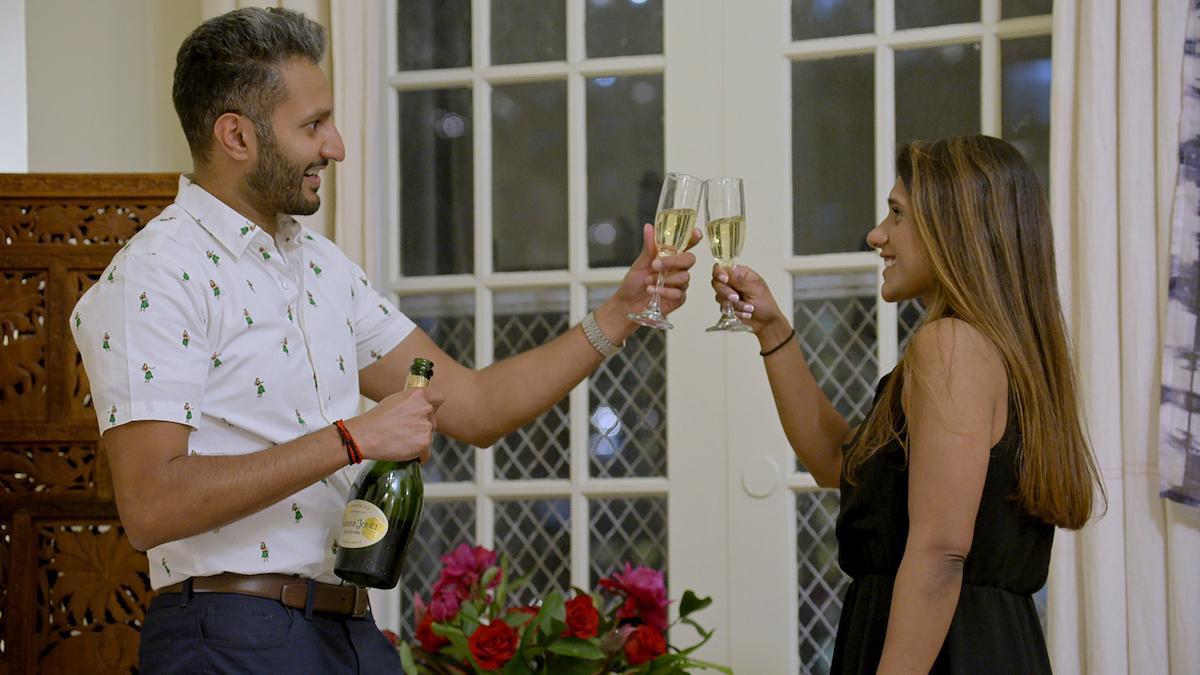 He then explains to Iyanna, “I love buying clothes for girls . . . What’s your size?” She laughed and said, “What the fuck?” surprised this question was even brought up in the first place. He also told another woman that he “gets along best with individuals that do work out.” 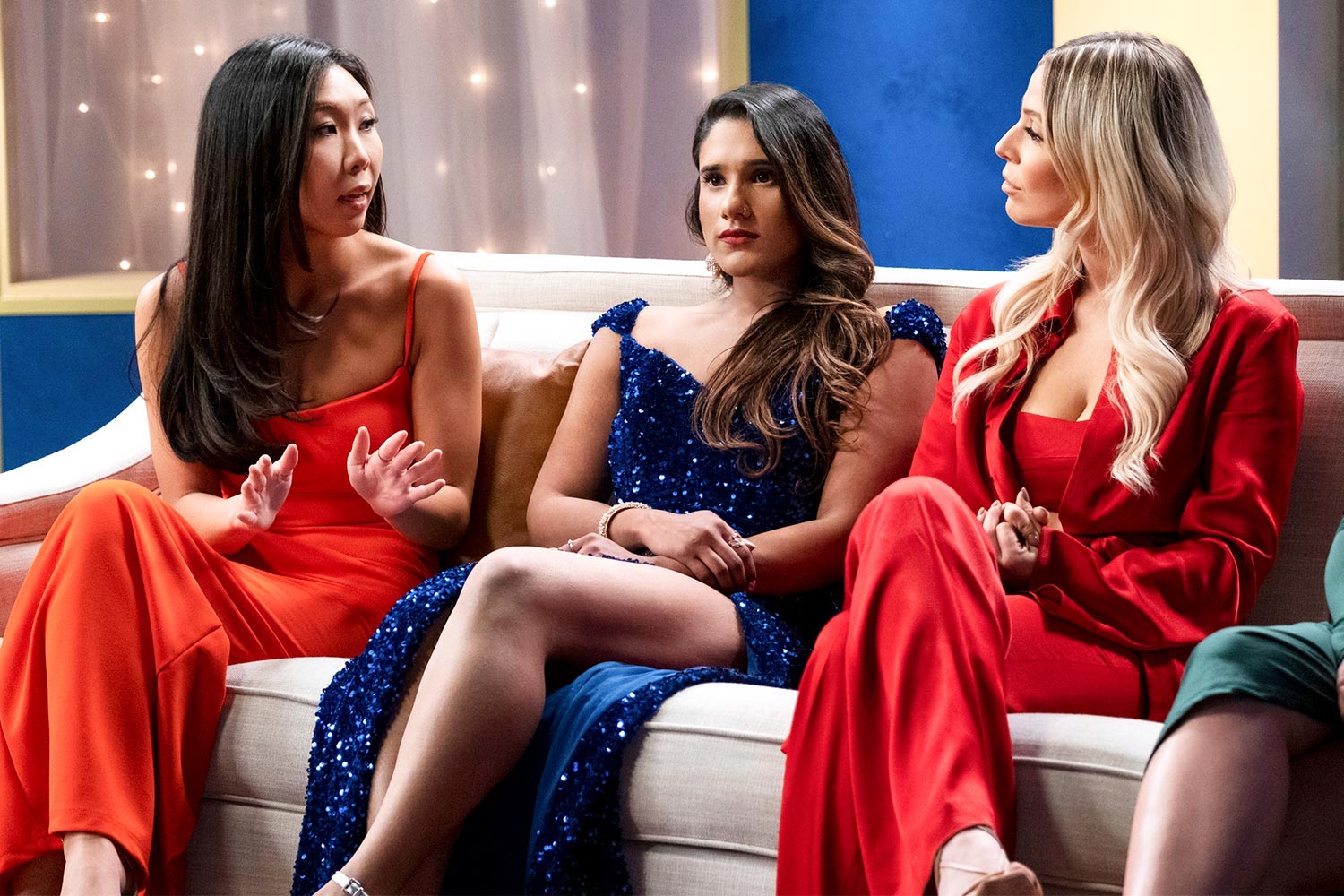 Can I pick you up?

In the first part of Love is Blind, individuals get to know each other in beautifully curated rooms separated by a wall, and if they’re lucky, they will find the love of their life. Or they may have to grit their teeth and bare through Shake’s obscenely horrid questions.

When Shake eventually meets Deepti (his future fiancé) he asks if she would enjoy a man putting her on her shoulders at a concert. When she said yes, he didn’t hesitate to inquire, “Will I have trouble picking you up?” “That comes off very superficial,” Deepti replied.

Deepti accurately called out this major red flag, but Shake’s insensitive question also hit a nerve since Deepti had just experienced a significant weight loss journey.  Throughout the show, Shake’s attraction to Deepti will be a reoccurring issue. 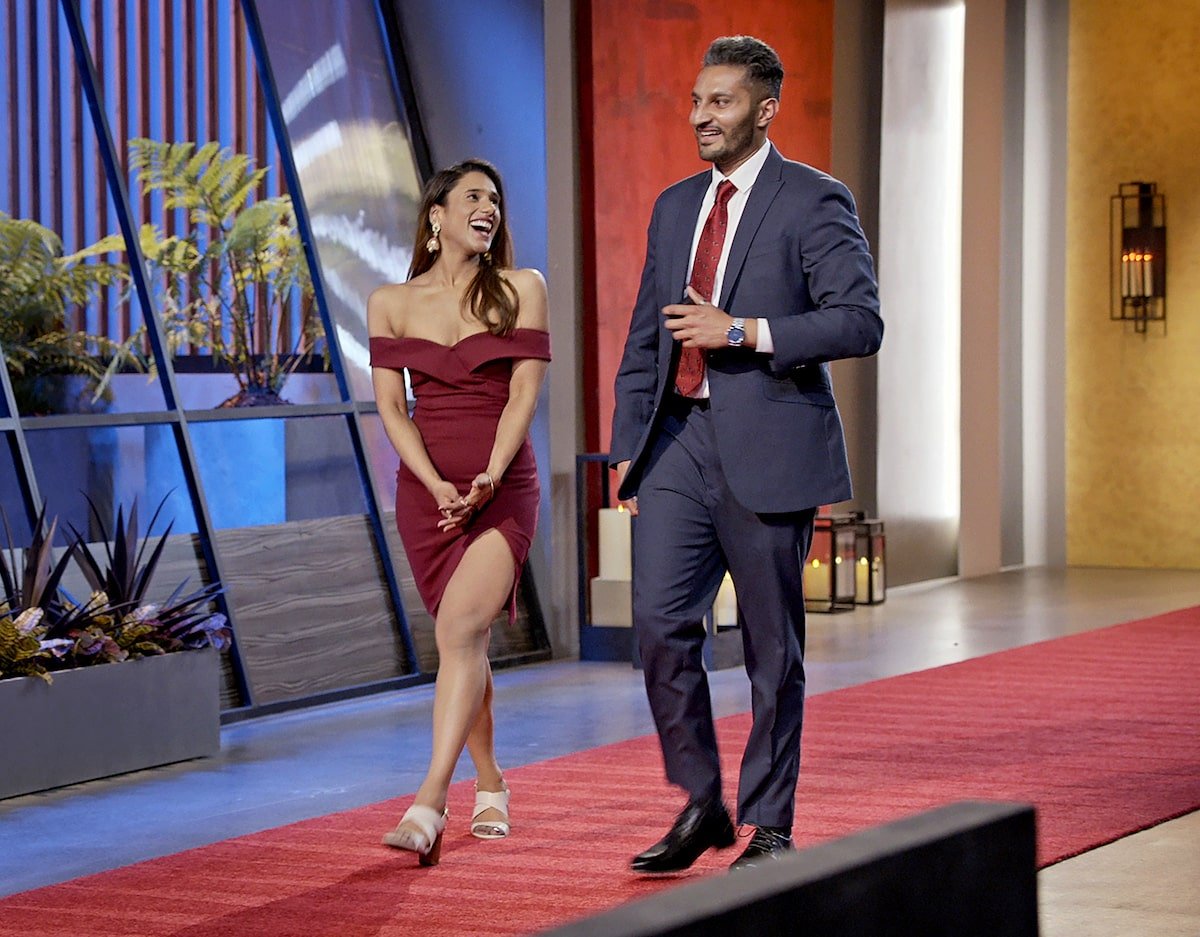 Shake says dating Deepti reminds him of his aunt

After Shake & Deepti’s engagement in the pods, they meet for the first time. Deepti was terrified about what Shake would think about her appearance (gee I wonder why?) but when they met, he was pleasantly surprised. He gives her a hug and whispers in her ear “I’m gonna get you pregnant.”

Love is Blind then sends the couple for a honeymoon vacation in Mexico to create a physical connection. Shake & Deepti decide to get into the pool, where Shake looks visibly uncomfortable. He then confides to the camera that he is struggling to connect with Deepti physically.

Shake avoids telling Deepti the truth and leads her on. During a gathering of all the couples, Shake confided in his castmate Jarrett explaining that Deepti is the number one hype girl anyone can ask for but “I’m not physically attracted to her man . . . it feels like I’m with my aunt.” He continues to explain that he doesn’t have the “lusty, physical relationship he’s sought in the past.” 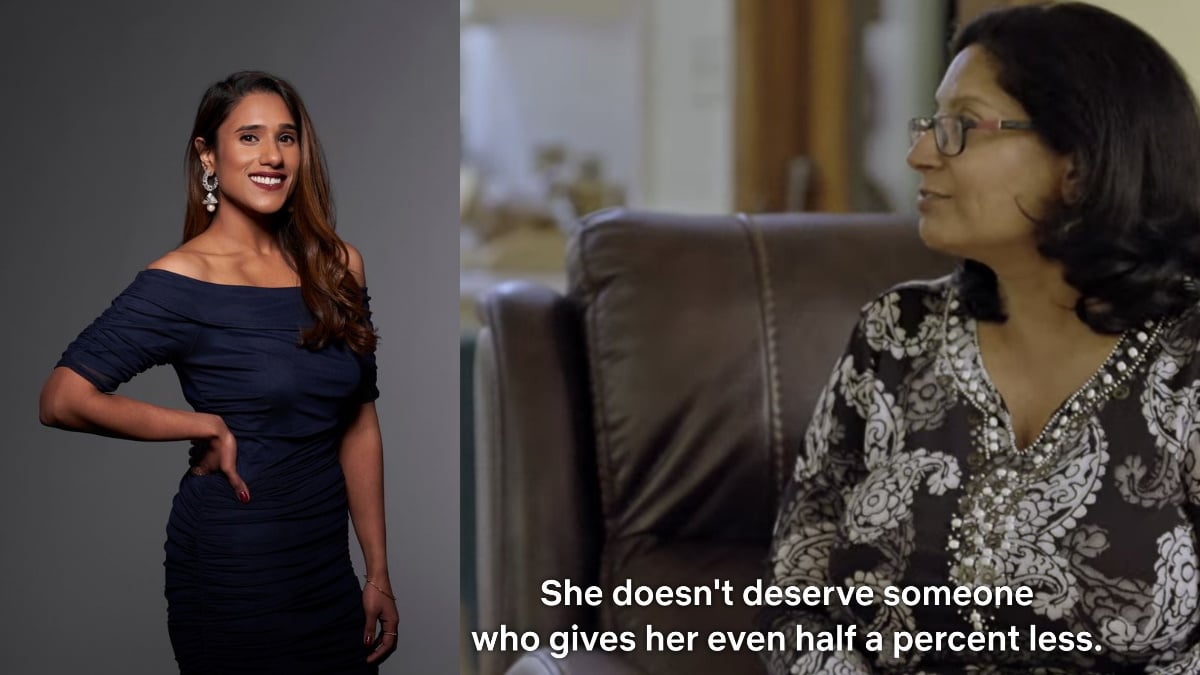 In a side conversation that happens during a parent’s visit, the veterinarian tells his mother he doesn’t have an “instinctual attraction” or “animalistic attraction” to his fiancée, who he says is otherwise “perfect.”

She tells her son, “Being really frank, I’m very much identifying with her right now more than you,” she tells him. “She could find someone who absolutely loves her the way she is, and she’s a wonderful person. She doesn’t deserve someone who gives her even half a percent less.” 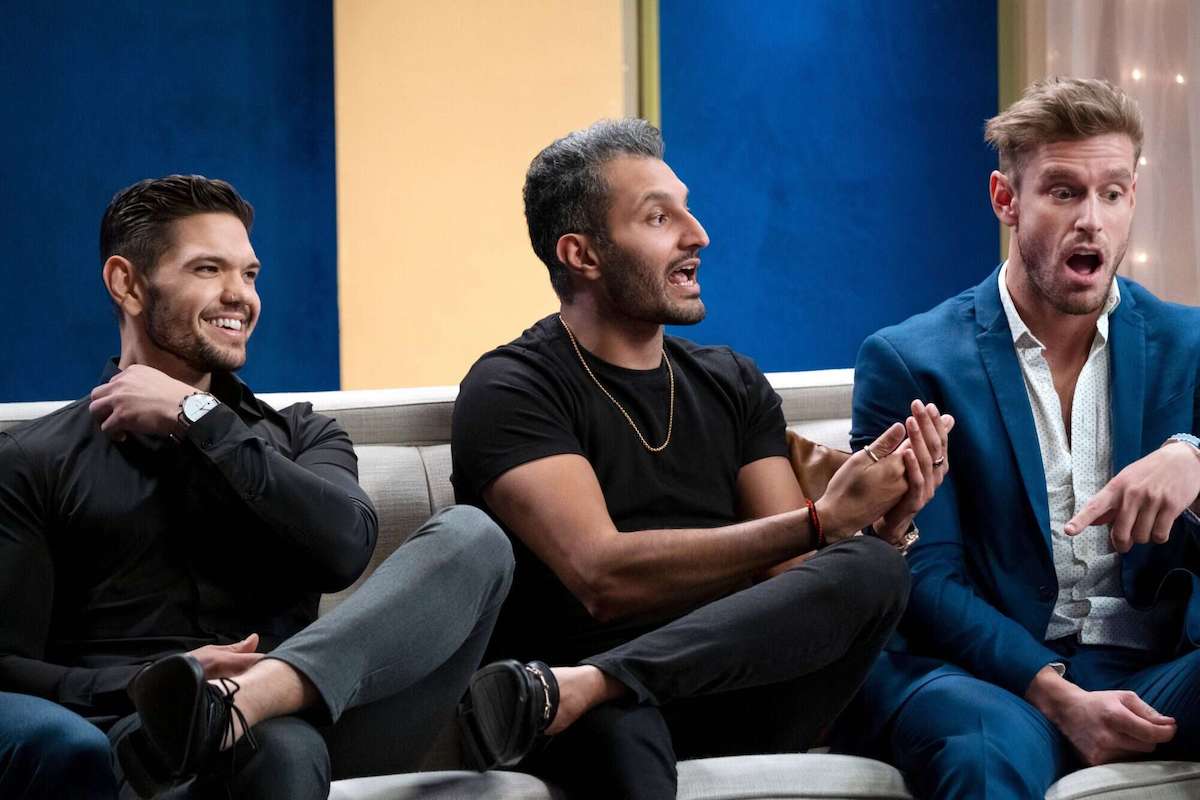 The Love Is Blind Reunion

Just when you think Shake’s Love is Blind quotes couldn’t get worse, then you didn’t see the show’s reunion. With classics like “Before I find out you’re good in bed, I want to find out you’re good in the head,” Shake digs himself a deeper grave by calling out his castmates, disrespecting the hosts, and dismissing people’s concerns.

When confronted by Nick & Vanessa Lachey about his superficial behavior towards the women on the show, he replies, “It’s not that different than making a huge purchase,” he said of trying to find his future wife. “Think of it as the ultimate purchase.”

He then decides to express his attraction to Vanessa Lachey right in front of her husband. “Every woman here is beautiful. I’m not attracted to all of you. Unfortunately, the only woman I’m attracted to is Vanessa,” as the contestants gasped and Vanessa’s husband, Nick Lachey, stared at him. 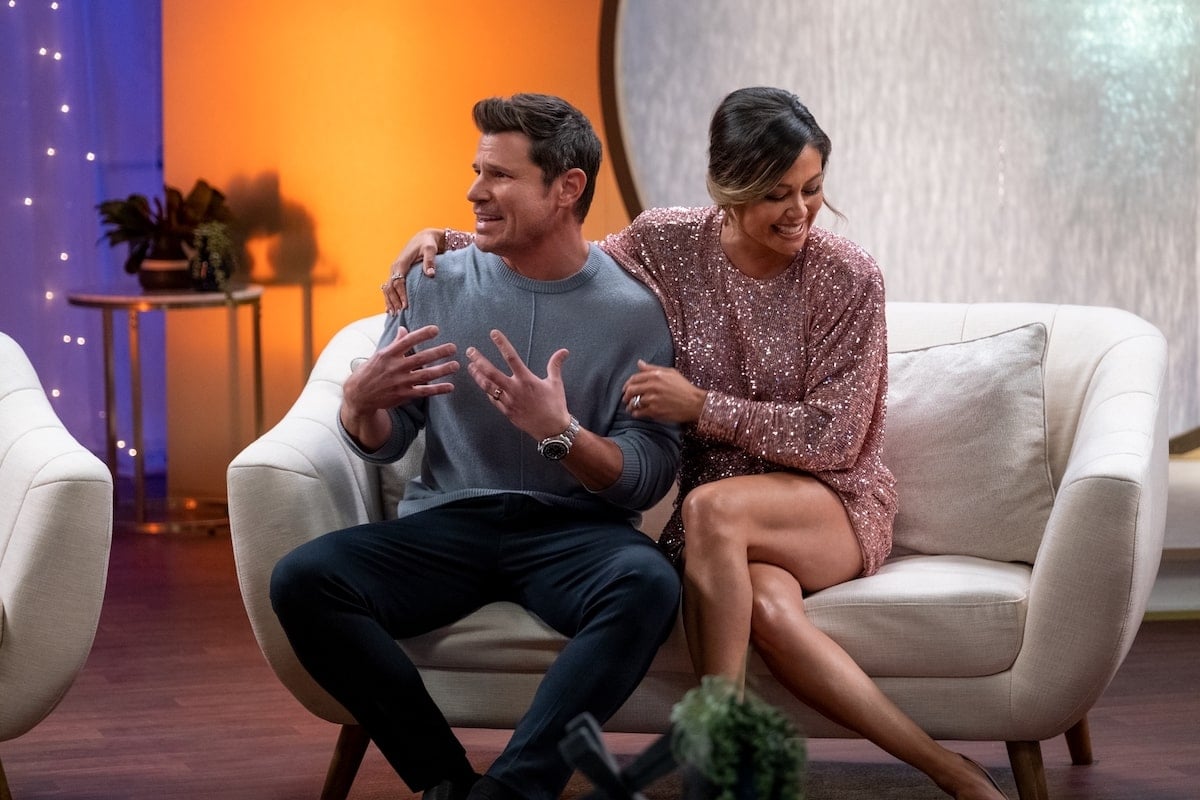 Nick then tells him “. . .You’re digging the biggest hole for yourself, dude. I like a vet as much as the next guy, but I don’t like people who treat human beings like you do.”

Later in the reunion, Kyle confesses his feelings for Deepti, regretting not pursuing a relationship with her further. Kyle looks at Shake and says, “It pisses me off because you wasted such a good opportunity.” Shake answers, “Not true because now you have it,” he joked, “Happy to facilitate.”

Shake’s feelings throughout the show were entirely inward-facing. He made no effort to speak to Deepti about the breakup, nor did he take any time to self-reflect on why she might have left. Hopefully, we were all able to laugh at quotes Love Is Blind made famous knowing how absurd they really are.