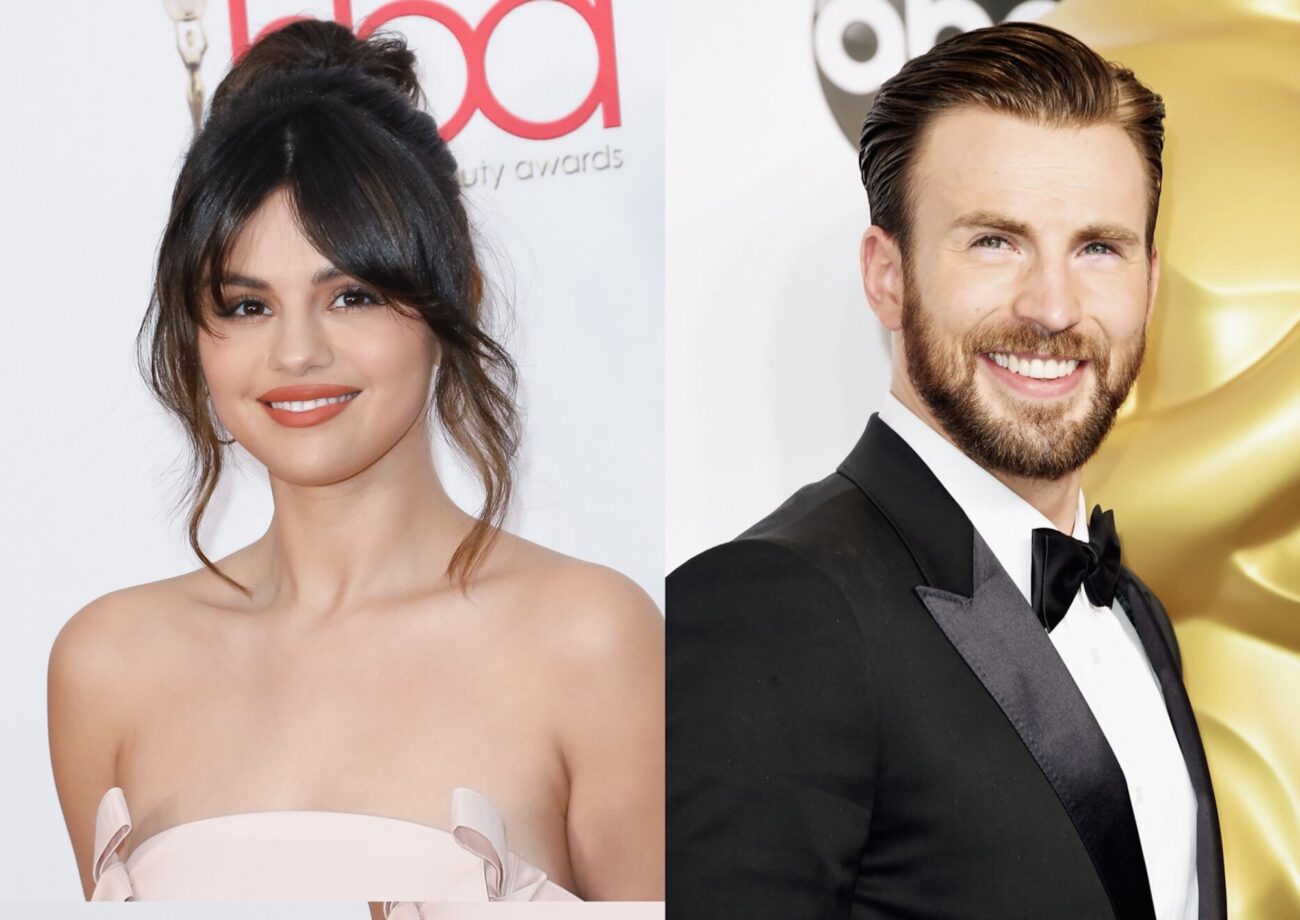 The internet has been swarming with rumors of Selena Gomez & Chris Evans’ alleged newfound romance. Fans have been poking and prodding at the sleeping beast, trying to get answers from subtle hints on social media.

Although everyone loves the thought of Selena & Chris becoming a cute celebrity couple, it might end up a mysterious Hollywood ‘will they or won’t they’ legend. See how the rumors came to be and why fans think Selena Gomez just confirmed the news. 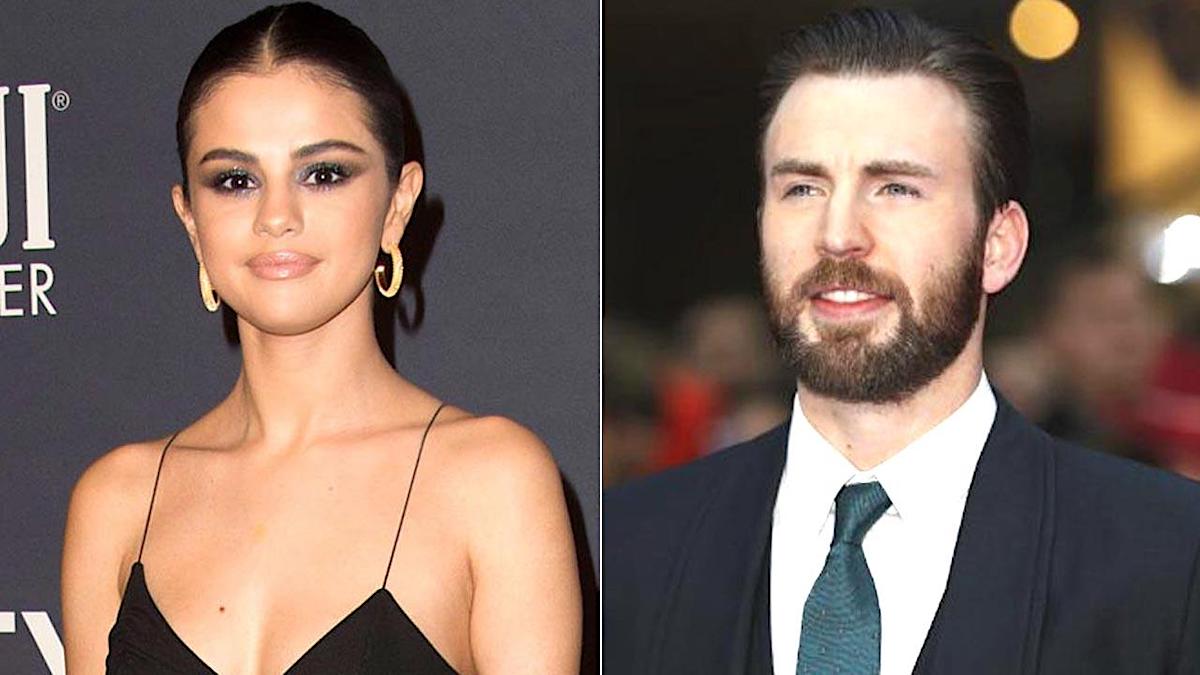 How the rumor began

The rumor started in October when Evans followed Gomez on her Instagram account. Gomez was one of 162 people he followed, and fans went nuts! Undoubtedly falling into a rabbit hole of celebrity news, fans were screaming, “What does this mean?!”

Since then, the public has been crossing their fingers for Hollywood’s new ‘it couple‘ – Chelena –rumors to be true. That’s right; the internet already found a combined couple name just to be prepared.

As people are deep diving to find social media clues, will Selena Gomez & Chris Evans confirm their relationship on their own? Some fans are considering that they might be speaking to us in code. 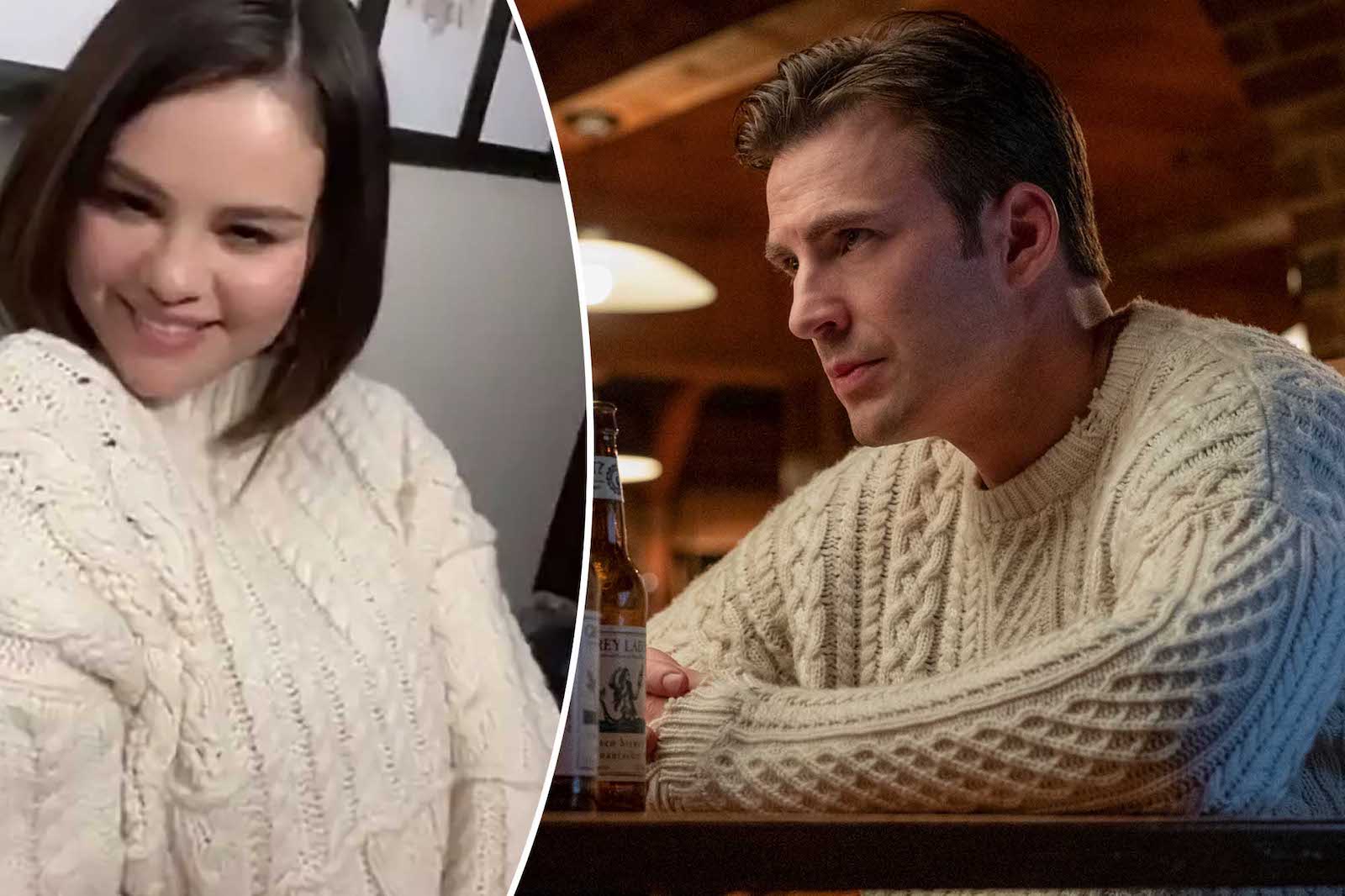 The Knives Out sweater

Selena Gomez went to support BFF, Taylor Swift, backstage before her Saturday Night Live performance. Taylor swift uploaded a Tik Tok video of her lip-syncing to a video prompt, “Oh no, my bestie is a bad b–ch” featuring Gomez in a white “Knives Out” look-alike sweater.

The cable-knit sweater caused a media frenzy presuming Gomez was sending the internet a subliminal message that she and Evans are officially a thing.

Fans were tweeting captions like, “UHM WHY DOES SELENA’S SWEATER REMINDS ME OF THAT KNIVES OUT SWEATER WORN BY CHRIS EVANS???” and “Selena Gomez spotted wearing Chris Evans’s sweater!” Excitement soon overwhelmed the fans of both Selena Gomez & Chris Evans, praying it was a sign of the beginning of a blossoming new romance. 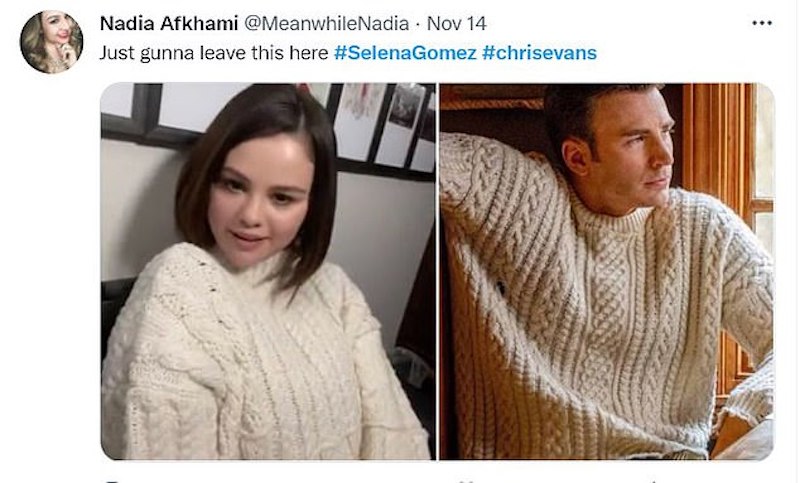 Cosmopolitan confirms that the Knives Out theory doesn’t quite pan out. They write, “But sorry to break it to you, ’cause if you look closely these are two different sweaters with different patterns. Meaning that no, Selena is not wearing Chris Evans’ sweater from Knives Out.” 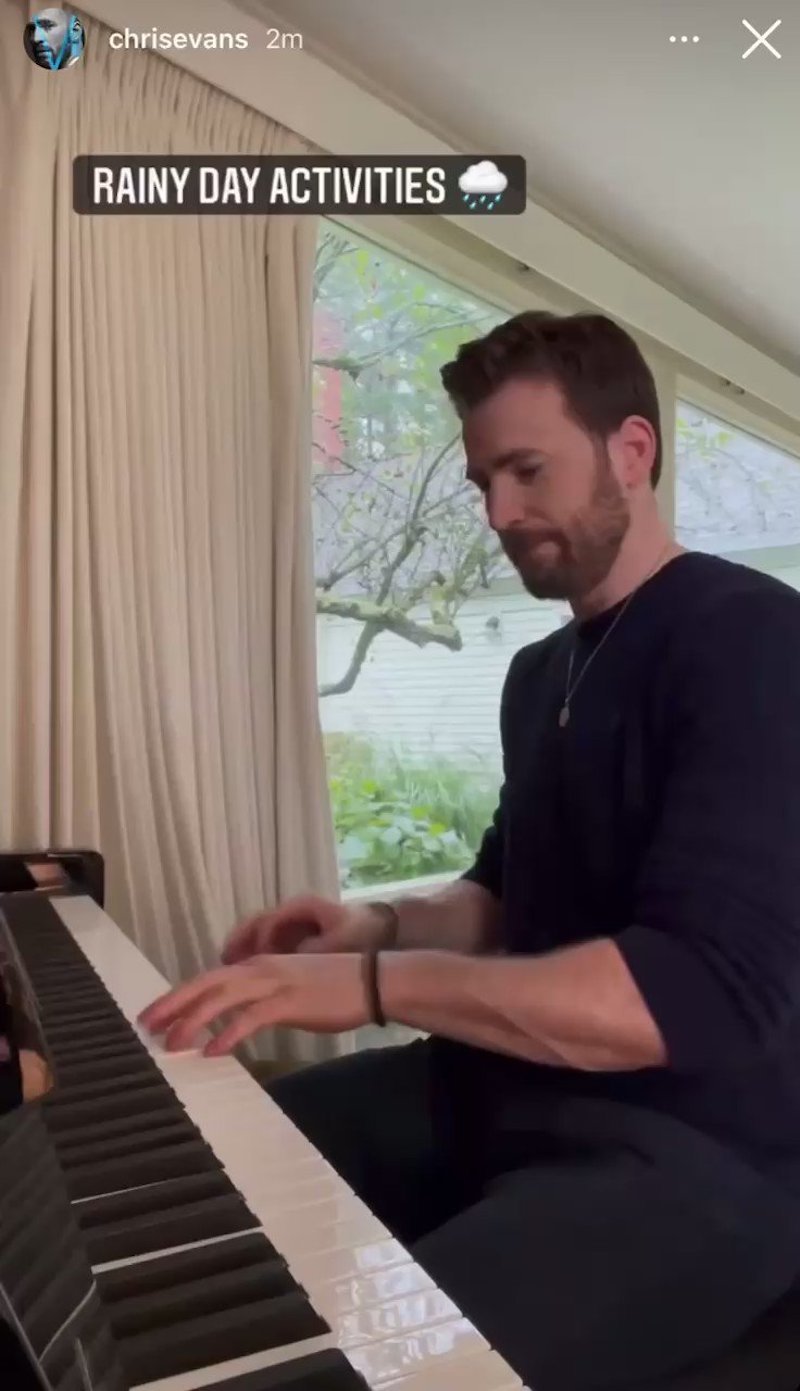 The sweater wasn’t the only thing that had the internet stalking the Marvel and Only Murders in the Building stars. Chris Evans had recently posted a video of himself playing the piano on his Instagram stories. Fans speculated seeing a reflection of a familiar brunette silhouette – hoping and praying it was Selena.

According to Seventeen, a fan gushed over the possibility of it being Selena Gomez and uploaded the video to Tik Tok, stating, “Is that Selena?! . . . Whose [sic] the brunette filming bottom right corner Chris?”

Unfortunately, Gomez’s recent bob haircut is inconsistent with the reflection seen on Chris Evans’ black piano. Nevertheless, it was another close call. 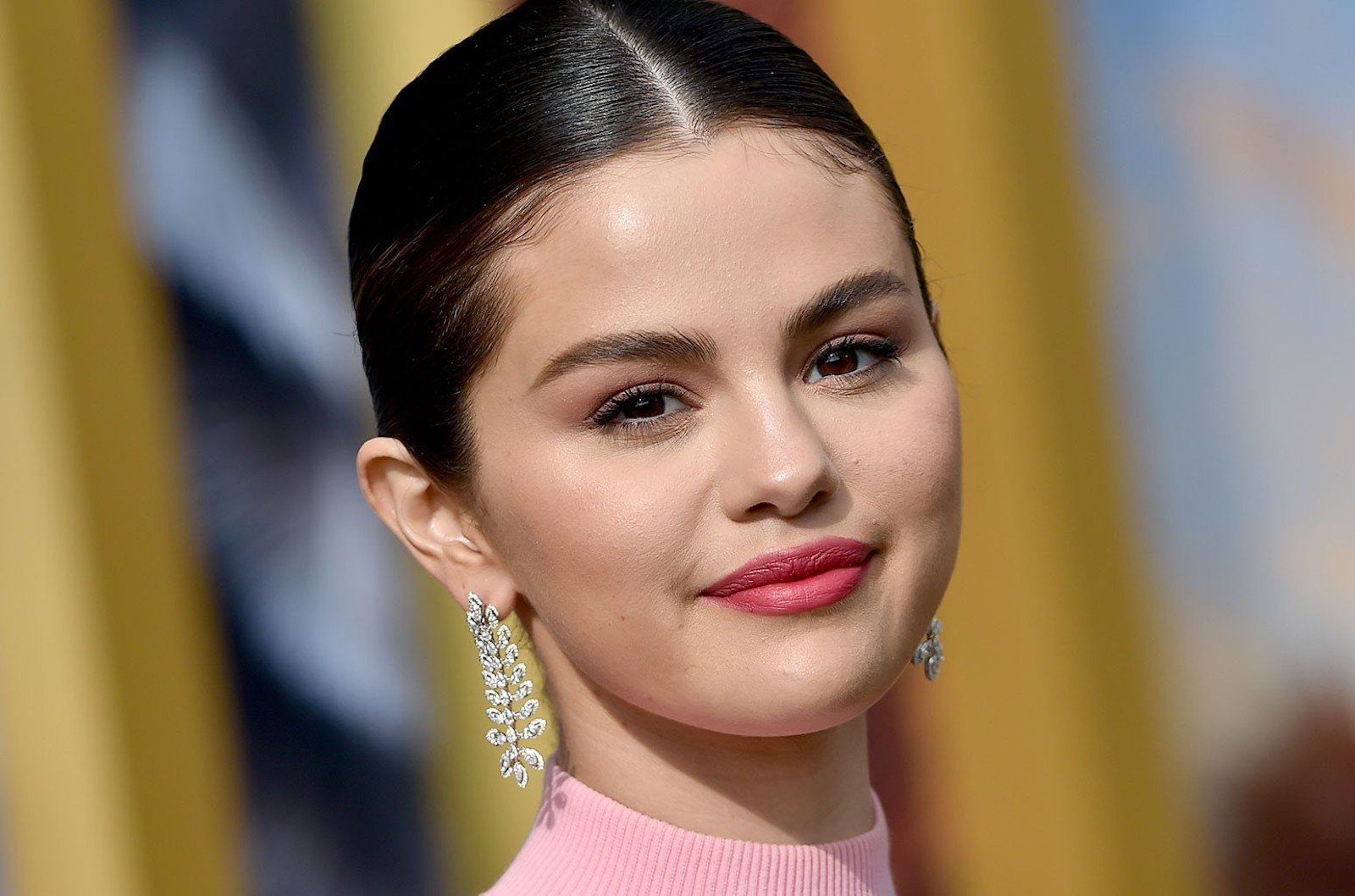 Gomez confessed she had a crush on Evans

According to E! News, Selena Gomez said, “I kind of have a crush on Chris Evans. Isn’t he cute,” during Bravo’s Watch What Happens Live with Andy Cohen. This statement only fueled the Chelena fire.

As fans continue to grasp tightly onto this couple’s romantic potential, it looks like Selena Gomez & Chris Evans are leaving it up to the imagination of their fans. The two have yet to comment nor confirm their relationship.

They have been falsely rumored to be seen together in public spaces by debunked & phony pictures. 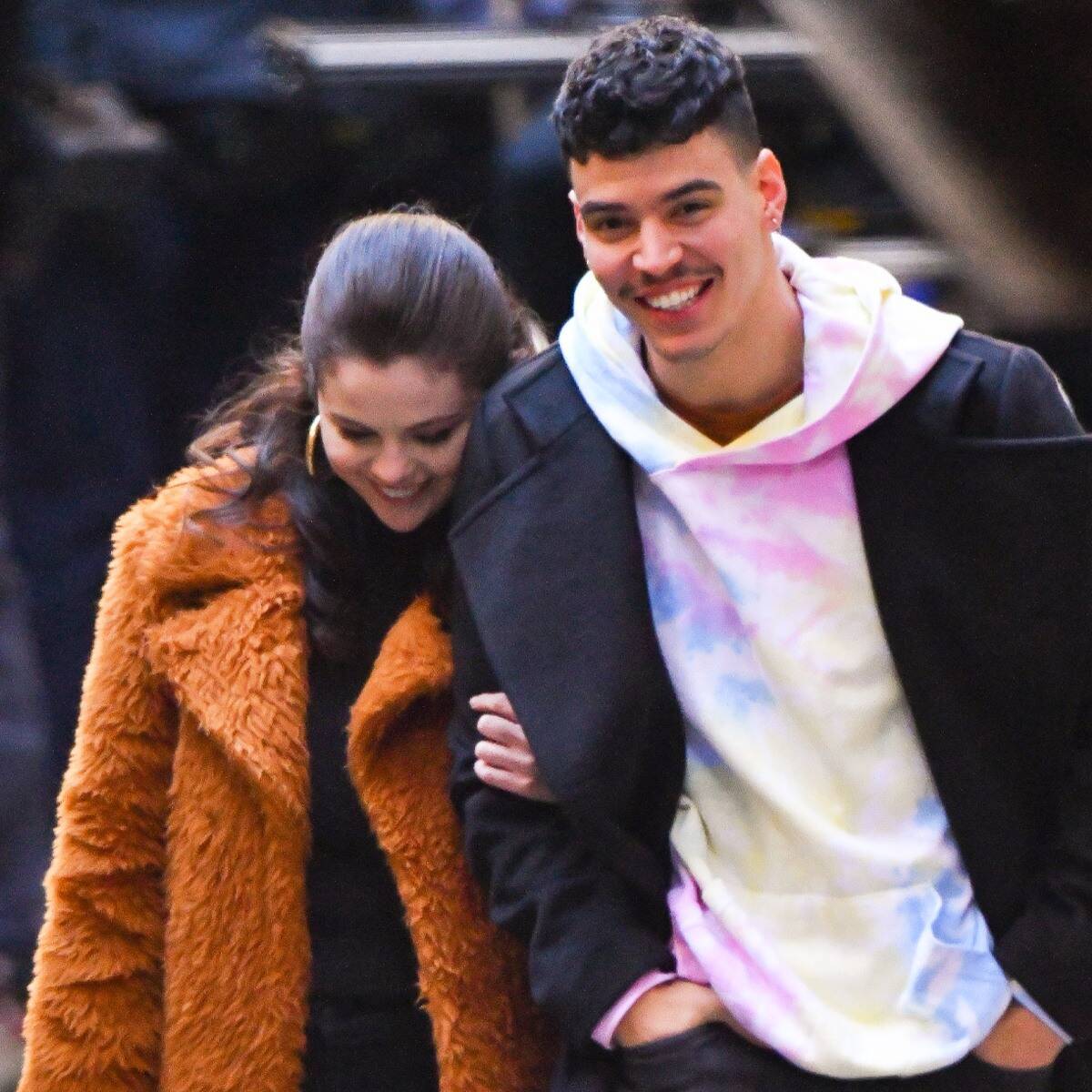 Selena Gomez has also been rumored to have been seen with her Only Murders in The Building co-star Aaron Dominguez. But according to Seventeen, Selena Gomez quickly denied the rumors stating,

During an interview with the Los Angeles Times, Selena Gomez said, “I honestly thought, ‘No wonder guys don’t want to date me!’ I think people only care because I’m young, and the older I get, the less they’ll care. For now, it’s a part of the job that I don’t really like.” Seemingly confirming her relationship status, she said, “I’m actually grateful that I’m not involved with anyone right now.”