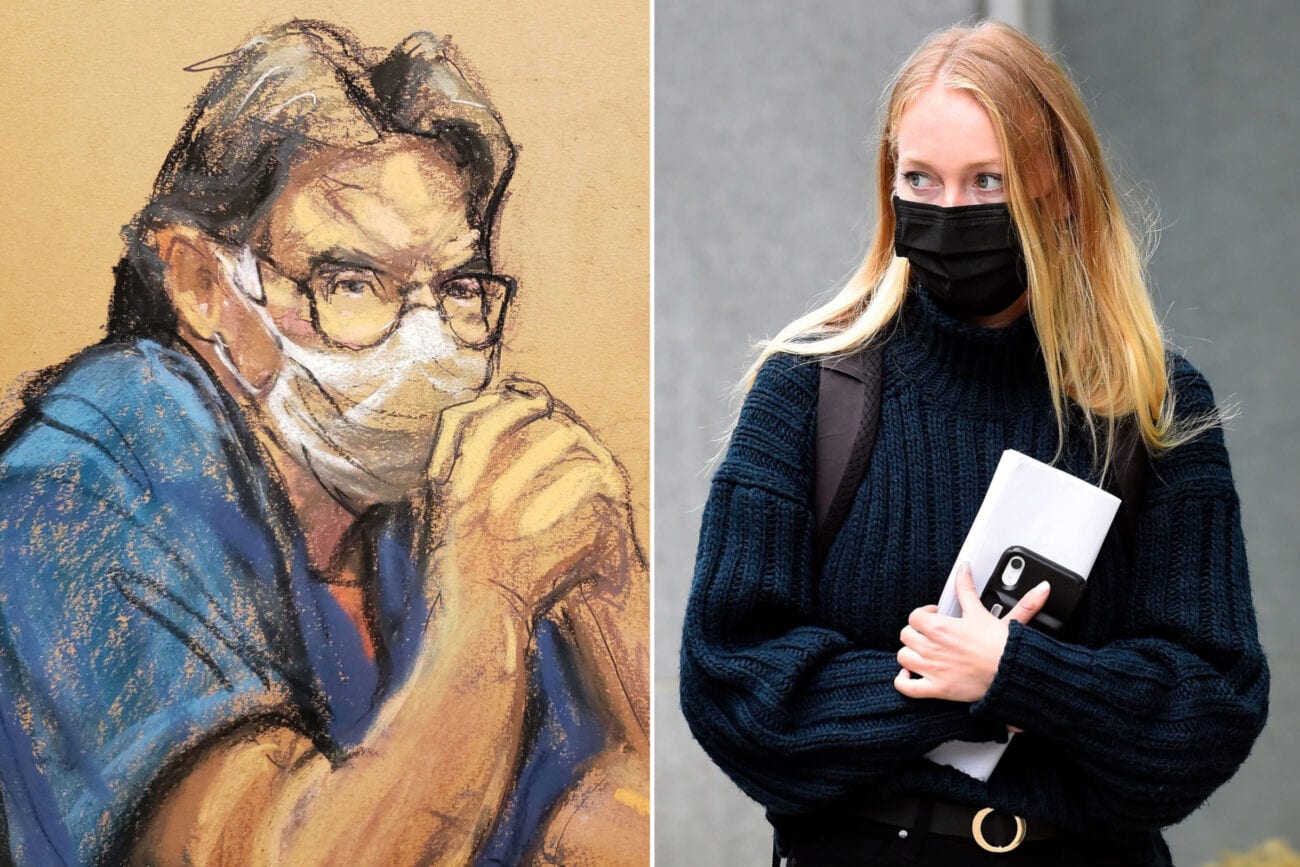 On October 27th, Keith Raniere was sentenced to 120 years behind bars by Judge Nicholas Garaufis. The ruling came after Raniere’s conviction in 2019 for charges relating to his “company”, NXIVM. Billing itself as a self-improvement group, NXIVM financially abused its membership and started a sex cult within its ranks called DOS. DOS was notorious for branding, sex trafficking, and sexual assault.

Raniere was found guilty on all seven counts the U.S. government charged him with, including sex trafficking, racketeering, and forced labor conspiracy. However, it was former NXIVM cult members and investigative journalists who brought him down. In 2017, The New York Times published former NXIVM members’ accounts of abuse in DOS, including the brands they received.

The journalism prompted a federal investigation and Keith Raniere’s arrest in 2018. Also arrested & charged were NXIVM’s leadership, including Smallville actress Allison Mack, who was a “grandmaster” in DOS, branding, blackmailing, and controlling every aspect of her “slaves’” lives, including their food consumption. Mack pleaded guilty to racketeering in 2019 and still awaits sentencing. 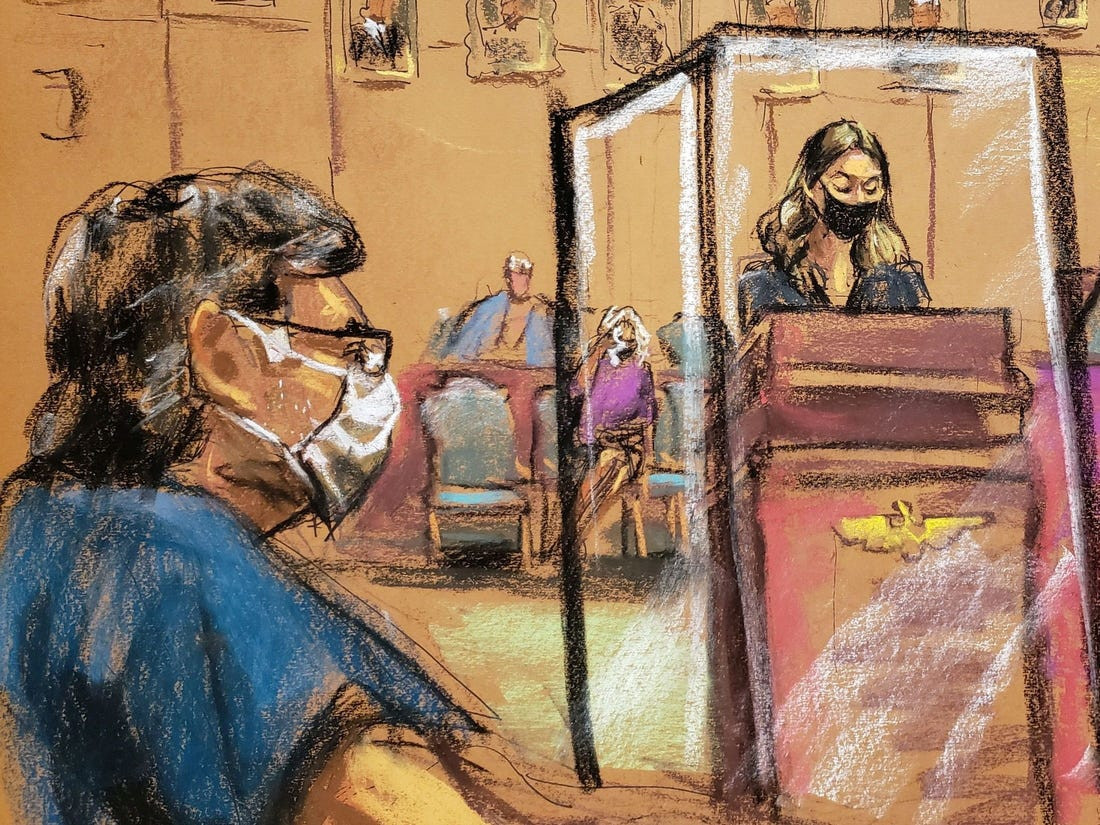 Sarah Edmondson, Mark Vicente, and India Oxenberg all came forward in docuseries like HBO’s The Vow and Starz’s Seduced: Inside the NXIVM Cult. The Vow captures former NXIVM members’ elation when they learn the news Keith Raniere was arrested in the season finale. Poignantly, Vicente and his wife Bonnie Piesse learn the news when they visit the same grounds V-Week – a celebration of NXIVM & Raniere – was held on.

These former NXIVM victims were either present in court when Keith Raniere was sentenced, conference-called in, or delivered statements virtually. Fifteen victim impact statements were read, including those from Oxenberg, Edmondson, and Vicente. 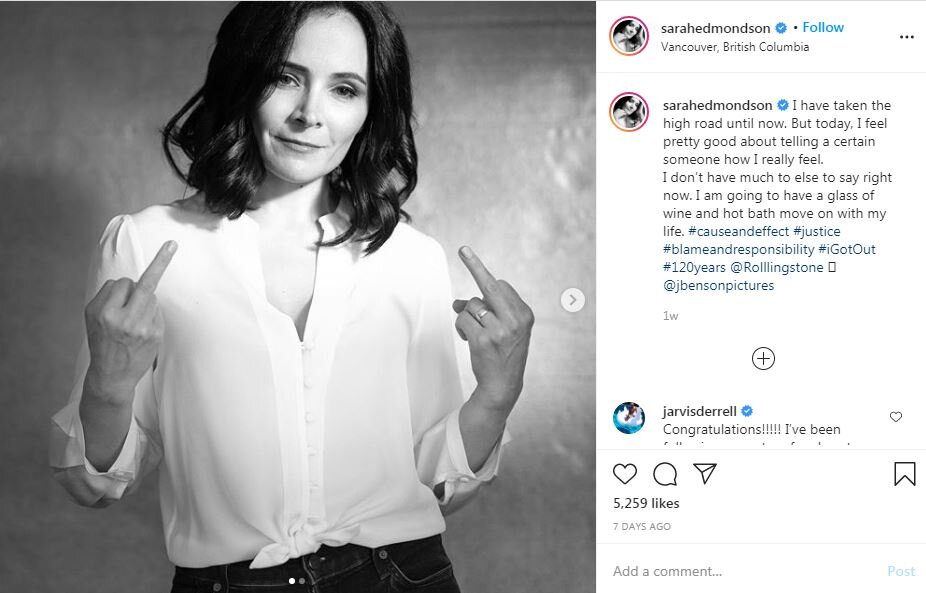 After Keith Raniere’s sentencing, Sarah Edmondson took to Instagram to share her thoughts. “I have taken the high road until now. But today, I feel pretty good about telling a certain someone how I really feel,” she captioned a photo of her waving two middle fingers in the air.

Edmondson appeared on a live stream with Whitney Cummings to share her feelings. At the end of the stream, Cummings expressed the significance of the case to her, and why she thinks so many people were drawn to the NXIVM cult story. “Every woman has been through a micro-version of this. Whether it was a cult in Albany, New York, or a bad relationship in their twenties,” she said, referring to master manipulators like Raniere.

Edmondson also shared she had Keith Raniere’s initials removed from her body. “There was like, one line left and now it’s gone.” Waving two middle fingers again, she whispered “F*** you, Keith!” 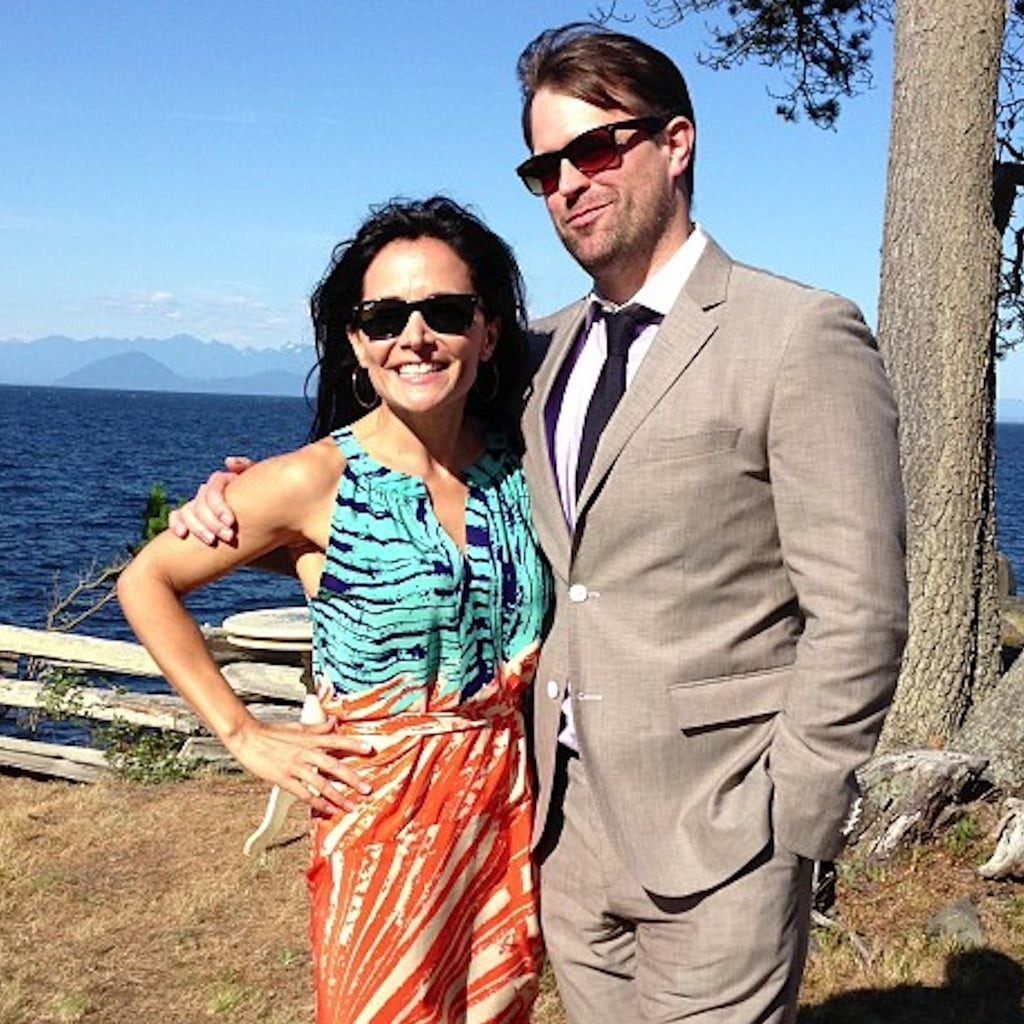 In an excluding interview with People, Sarah Edmondson also shared she feels relieved Keith Raniere is behind bars for good. “I’m in a total state of shock right now,” she told People. “It’s a huge relief. It’s over . . . And also, I feel so f***ing safe. I feel so much safer now.” While she feels the weight off her shoulders, she also feels her struggle taught her who she really is.

“I learned that I’m stronger than I ever could have known. I’ve learned who I am, I’ve learned what my character is, which is so ironic because Keith tried to teach us about character and of course it meant that I needed to leave the group, and help take down the group in order to discover what my true character is really made of.” 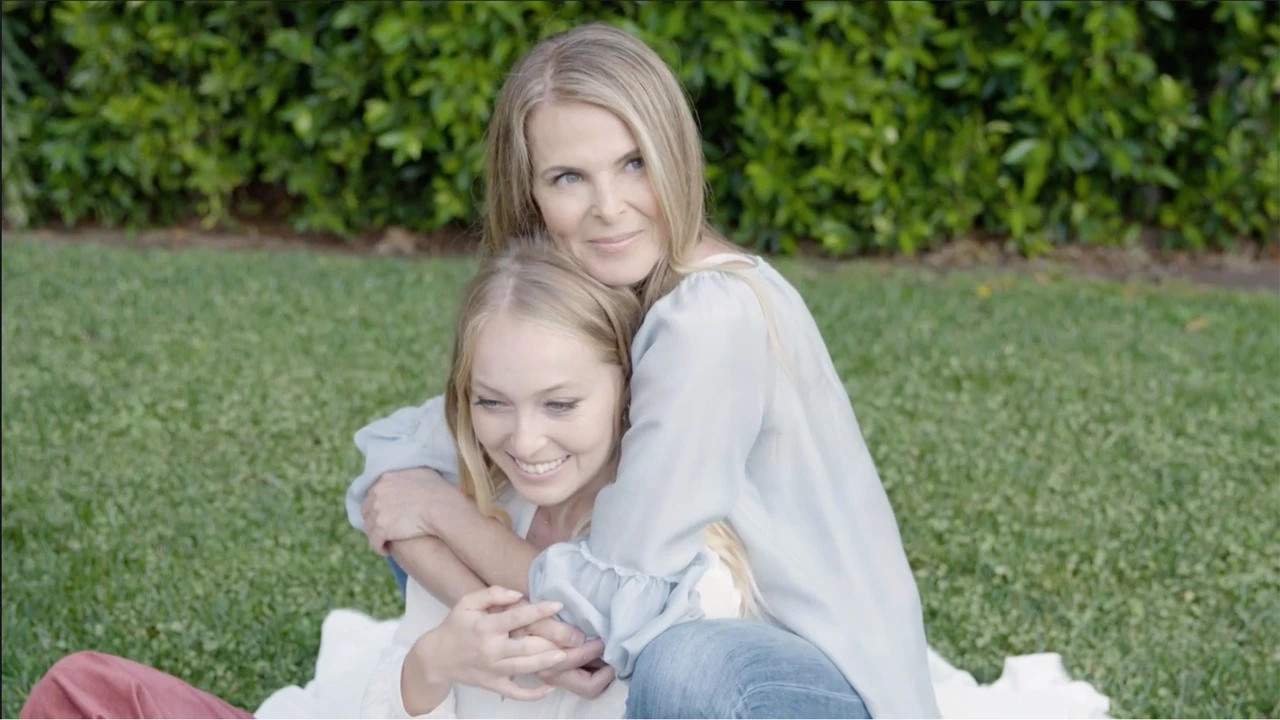 The Oxenbergs are moving on

Catherine & India Oxenberg also expressed their relief at Keith Raniere’s sentencing. Dynasty actress Catherine described his sentencing as a “victory on so many levels” to People. “Keith (Raniere) can no longer use his power, privilege, and access to unlimited wealth to silence and abuse his victims. He has been held accountable for his crimes.”

India Oxenberg spent two years healing with a therapist following her escape from NXIVM. She left the cult shortly after Keith Raniere’s arrest in Mexico. The Vow details her mother Catherine’s struggle to reach her daughter after the New York Times story broke in 2017. India shares her side of the story in Seduced: Inside the NXIVM Cult.