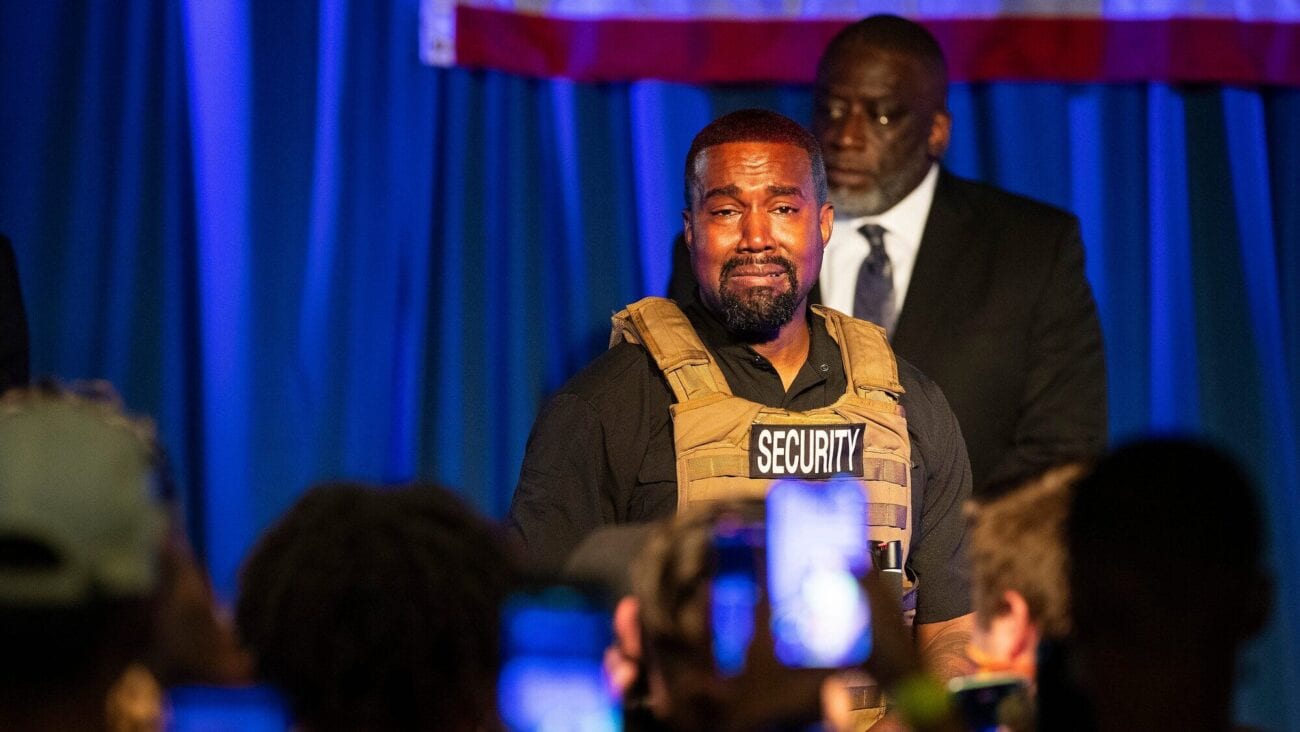 Kanye West’s new Twitter meltdown: What was he saying about contracts?

Rapper & producer Kanye West’s Twitter is a place of pure chaos. Recently, his Twitter has been filled with unhinged tweets, including his announcement of his candidacy for President of the United States.

Yesterday, Kanye went on a long rant about his unhappiness towards his deal with his record studio. Here are some details of how far his latest rant has gone and how it keeps getting even more chaotic. 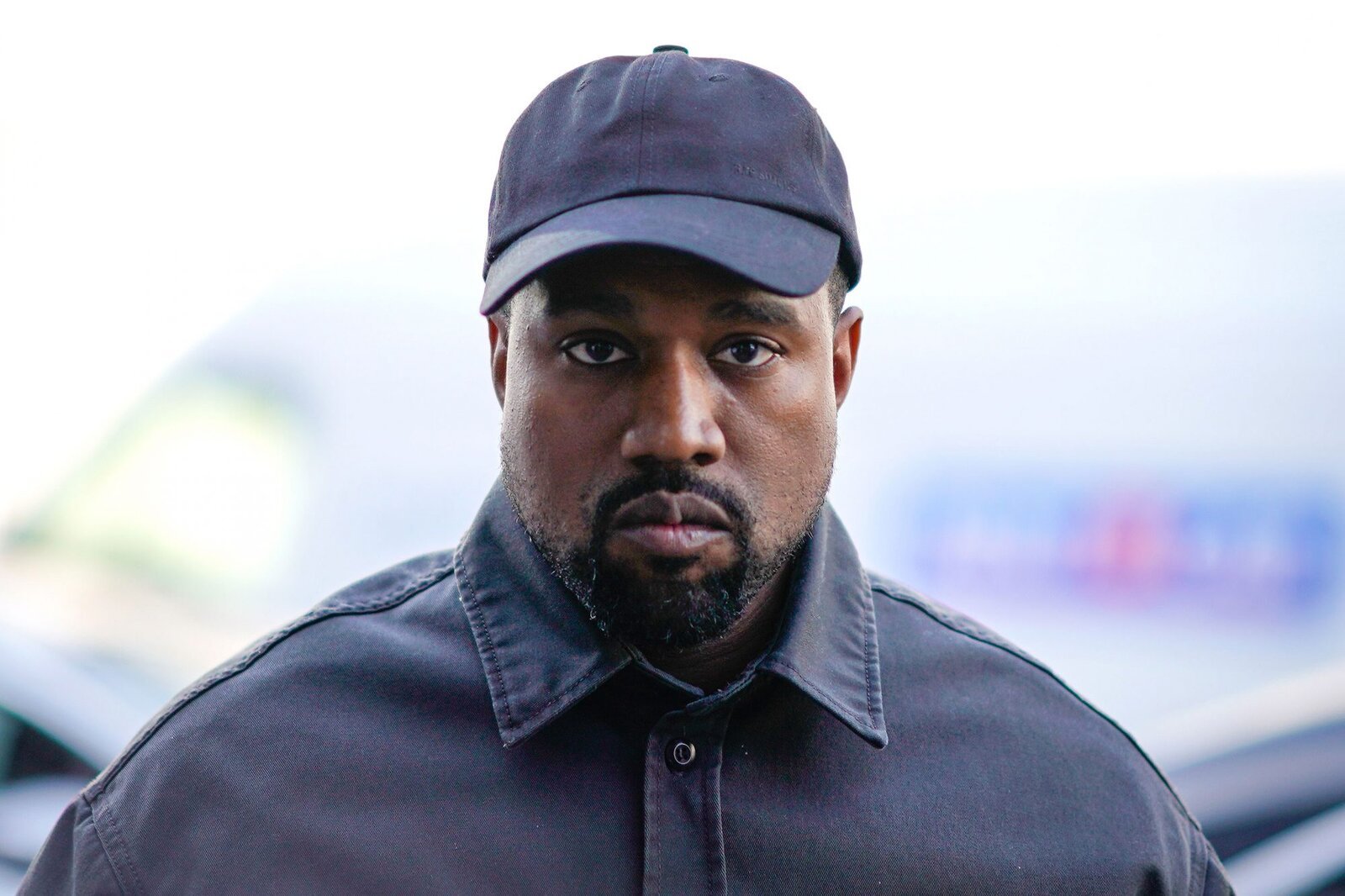 Kanye compares his deal to slavery and calls himself Moses

On Sept. 15, Kanye sent out a tweet that said “I need to see everybody’s contracts at Universal and Sony. I’m not gonna let my people be enslaved. The music industry and the NBA are modern-day slave ships. I’m the new Moses.”

Kanye has made some controversial statements about slavery in the past. While he’s correct that many studios have too much power over their artists in their record deal, comparing it to slavery is a bit extreme. Suggesting that a record deal is comparable to slavery steps over a line, however, it’s not the craziest thing we’ve heard from Kanye.

Comparing himself to Moses means that he’s going after music studios so that other artists can get better deals where the artists have more control. In another tweet, he referenced artists such as Kendrick Lamar, Drake, and Taylor Swift. 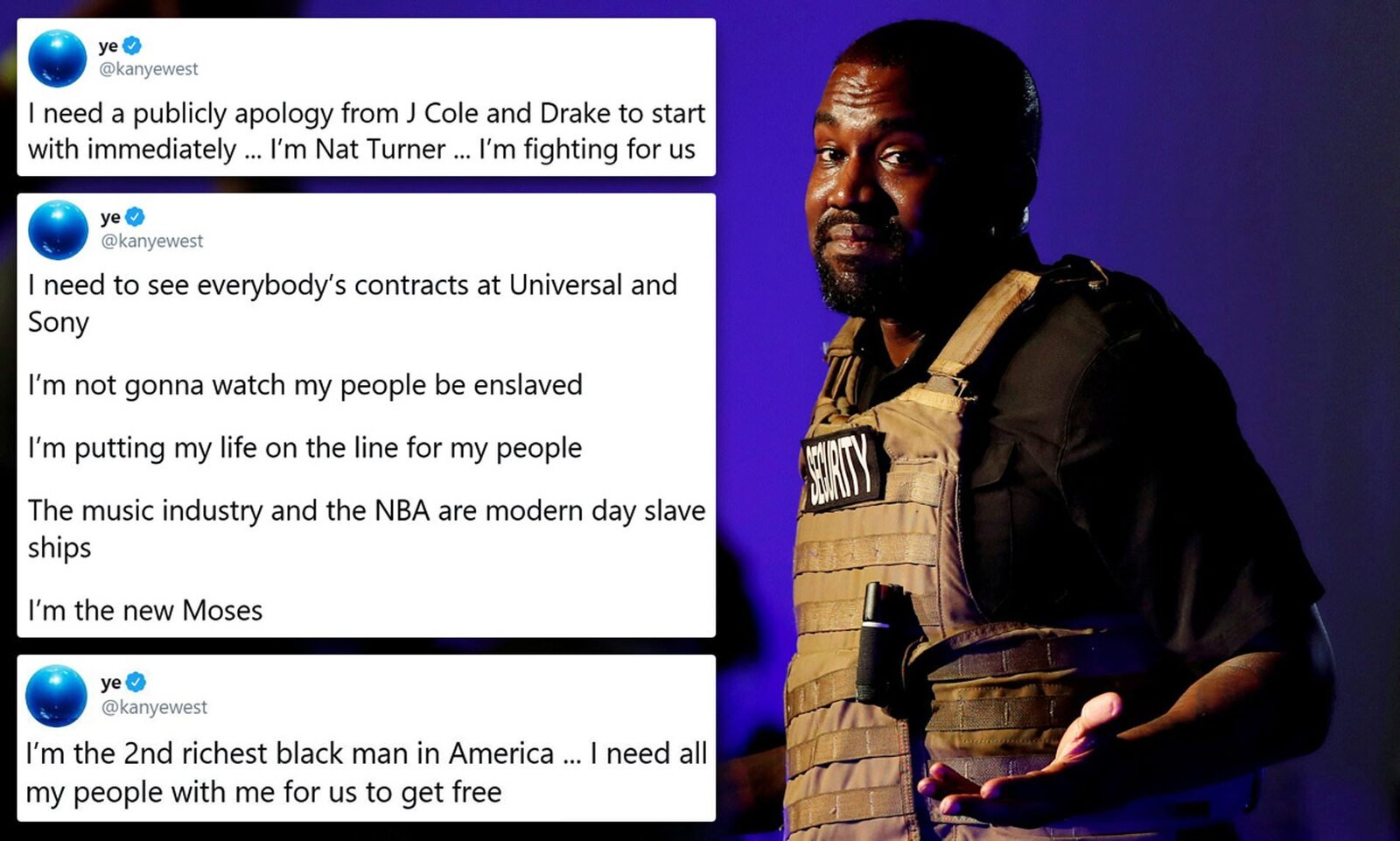 Swift had her own battle with Big Machine Records & Scooter Braun to control her own music catalog. However, she’s failed to come to an agreement and is now in the process of re-recording her six albums so that she can have control over them. Kanye would not be the first person to own his own catalog as many artists, including Jay-Z, Chance the Rapper, and Rihanna, own their own music.

Today, Kanye recently tweeted out a long series of posts that contained screengrabs of his ten contracts with Universal. He also asked lawyers to look at these contracts to see if there are ways for him to get out of it. Kanye is obviously frustrated with his contract and is looking for ways to get out of it. 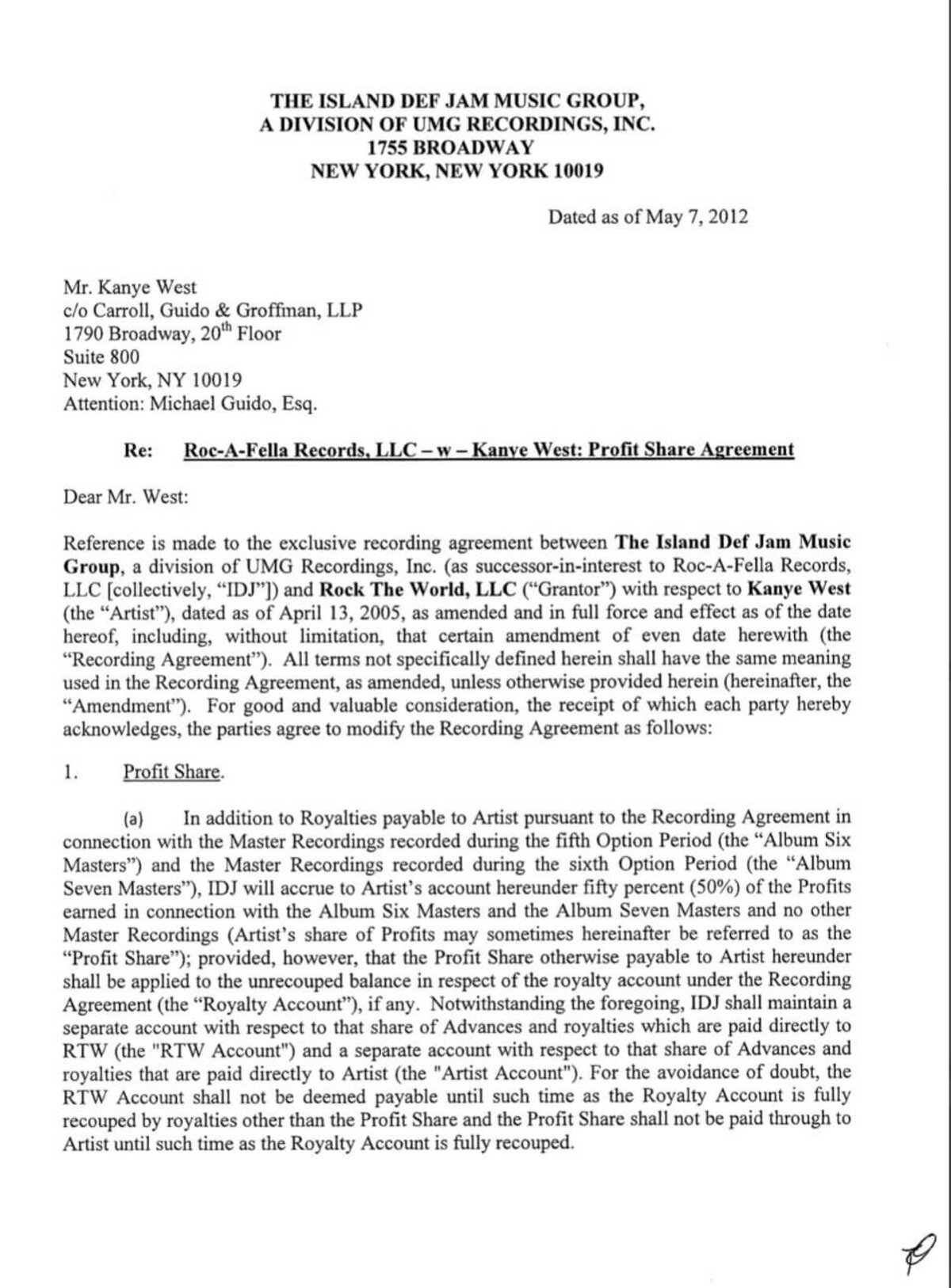 Kanye has hinted at a couple of upcoming music projects that he was going to release. His most recent album “God is King” is a gospel album released on Oct. 25, 2019. In Nov. 2019, he hinted at a project dropping called “Yandhi,” which never came out, and most recently, garnered attention for a new album called “Donda: With Child,” rumored to come out July 24, but has still not seen the light of day.

On Sept. 14, Kanye tweeted, “I’m not putting no more music out till I’m done with my contract with Sony and Universal.” This news is disappointing to Kanye fans but is indicative of the frustration with his deal. 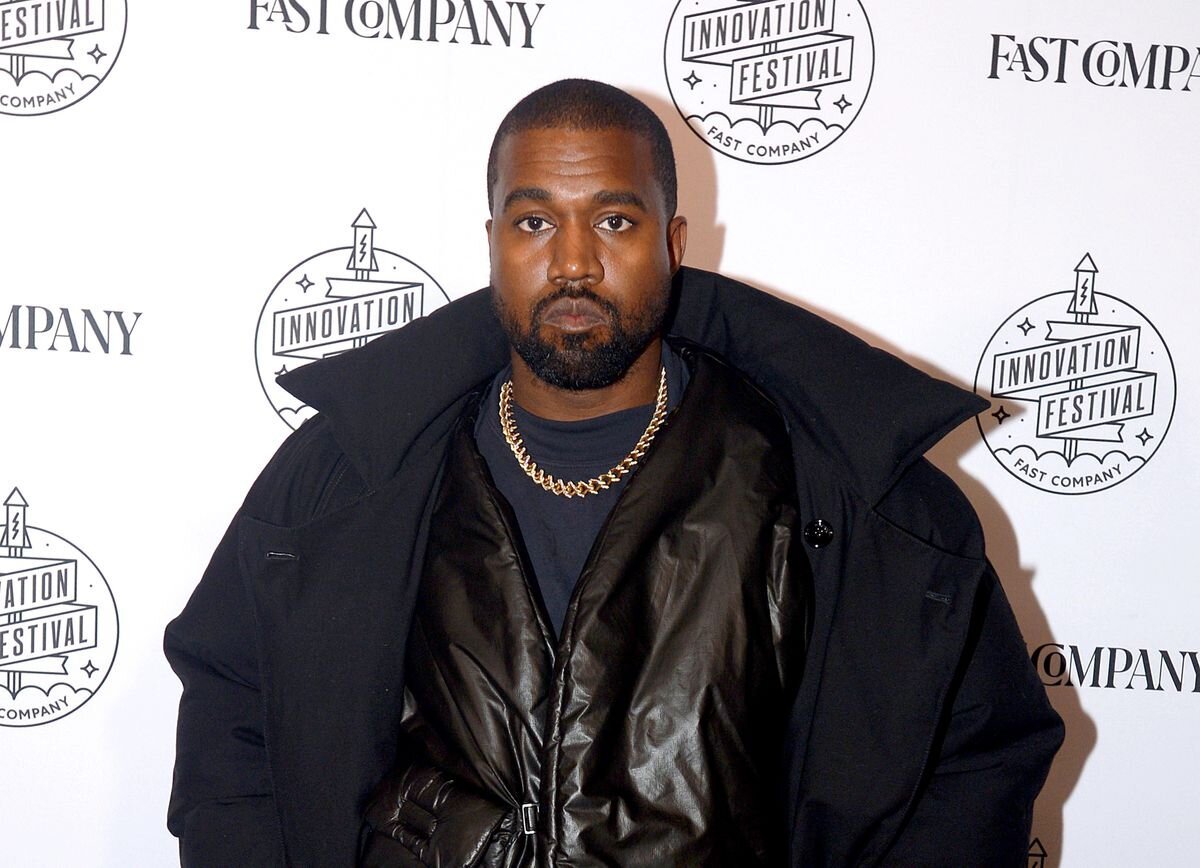 Kanye continued to vent his frustration in an odd way. On Wednesday, Kanye put up a video on Twitter of him putting one of his Grammys in the toilet and peeing on it. He does have plenty of Grammys, but peeing on an award handed out by the music industry is an obvious message of his dissatisfaction with what is happening to him & fellow artists.

Kanye has never been shy in voicing his opinions no matter how controversial or provocative these opinions might be. Kanye’s heart appears to be in the right place as he’s trying to help out other musical artists – he definitely has a unique way of expressing it.