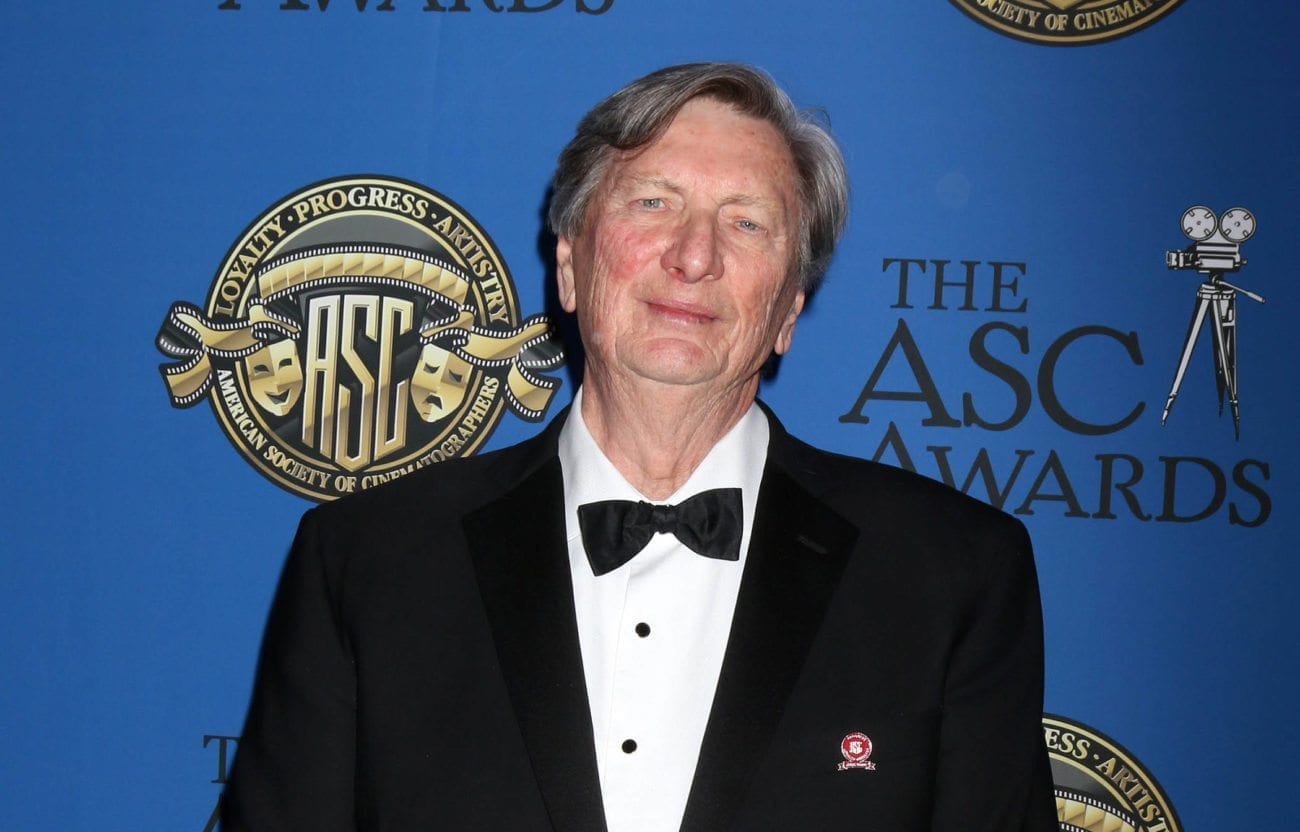 John Bailey’s MeToo moment: Is this the end of the Academy?

After a series of scandals, snafus, and misfires, the Academy of Motion Picture Arts and Sciences is in the worst shape it’s ever been. As well as struggling with financial difficulties and interpersonal calamities (more on those in a moment), the Academy is also faced with the onerous truth that they’ve lost a great deal of public interest. The 2018 ceremony attracted the lowest ratings in the history of the broadcast, with only 26.5 million people (the first time it’s sunk below 30 million) wasting a fair chunk of their day to watch tipsy millionaire actors applaud one another.

Now that Academy President John Bailey is under investigation for sexual harassment, the future of the already-weakened Academy feels dicey. Could this be the end of one of Hollywood’s oldest institutions? More importantly, should any of us even care?

Does the Academy give a damn about its bad reputation?

On Friday, Variety reported an investigation had been launched into the three sexual harassment claims made against Bailey. An official Academy statement suggested the situation was being kept as private as possible.

“The Academy treats any complaints confidentially to protect all parties. The Membership Committee reviews all complaints brought against Academy members according to our Standards of Conduct process, and after completing reviews, reports to the Board of Governors. We will not comment further on such matters until the full review is completed.”

The investigation into the accusations against Bailey is part of the Academy’s newly-established Code of Conduct, featuring a specific claims process outlining how such allegations should be processed. If the allegations are deemed credible, the board will decide upon sufficient disciplinary action. Regardless of what happens with the investigation, the reputation of the Academy has already taken a hit.

The Academy has shown support for movements like MeToo and Time’s Up, including expelling Harvey Weinstein eleven days after The New York Times published his alleged history of sexual misconduct. However, perhaps these accusations against Bailey will continue to bolster people’s perceptions of the institution as being the same old boys’ club it’s always been, regardless of whether the Academy office now has public service posters proffering “Down with this sort of thing!” next to a photo of Weinstein leering at a young ingénue.

When Bailey was first elected as Academy President in August 2017, there was some notable tension surrounding the decision to hire a 75-year-old white man for the role at a time when the Academy was still being challenged for (a lack of) diversity. This was an issue the former cinematographer called “bullshit” when questioned by Variety: “I was born a white man, and I can’t help it that I’m 75 years old. Is this some sort of limiting factor?”

Bailey’s identity may not have been limiting, but it definitely suggested the decision was business as usual at the Academy. After all, the Academy received backlash in 2012 when the Oscar voter demographic was found in a study to be 94% white and 77% male. Meanwhile, the group had a median age of 62.

While the sexual harassment accusations are currently up in the air, it’s factors like these that add to an increasingly negative reputation at a time when public interest in the Academy Awards is dramatically waning and audiences are looking for active signs of change (rather than a theater of old white dudes achieving “peak activism” by wearing a Time’s Up pin on their expensive lapels.) Right now, the Academy needs all the support it can get – a distinct challenge with viewing figures at a record low and continual scandals coming out of the woodwork.

Money talks and the Academy is flush with silence

The estimated $500 million Academy Museum of Motion Pictures was set to be unveiled last year but has since been pushed back to launch in 2019. Numerous reports suggest the organization is struggling to complete construction due to financial woes, with fundraising efforts not quite enough to grasp at the final $90 million required.

The Oscars ceremony might keep the Academy swimming in dimes like Scrooge McDuck for another year, but as society’s viewing habits and film interests continue to change, the Academy and its overly opulent ceremony need to modernize if they’re to survive.

Right now, the seemingly endless sway of the unbroken Hollywood boys’ club, indulgent spending on a vainglorious museum, and snoozeworthy six-hour Oscars ceremony are hardly maintaining a mass appeal for the public. Hopefully somewhere along the path of Bailey’s investigation, the Academy will recognize the need for change (and not just so fellas can wear Time’s Up pins without irony). So if this is the end of the outdated version of the Academy, we feel fine about it. Maybe it’s time for the institute to transform into one the modern-day film industry genuinely needs, and doesn’t just lean on for meaningless dazzle.